We spent the night moored off of Lizard Island. Last night they asked who wanted to go on an early morning hike up to Cook’s Look. The girls declined but we were up for it.

Cook’s Look is supposedly a hill that Captain Cook stopped at, to climb and have a look around.

They wanted to go early to get up and back before the sun got too hot. I think we left the ship sometime around 6 in the darkness before we even got breakfast. Around 20 people went on the hike. 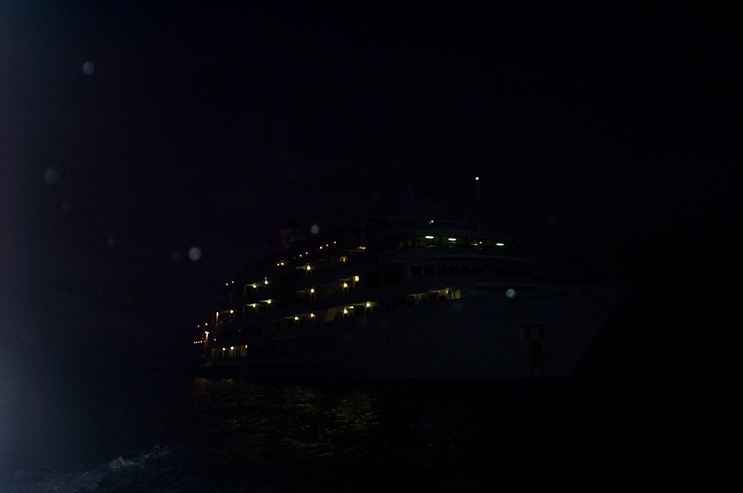 This is the picture above enhanced to bring out what little light there was. 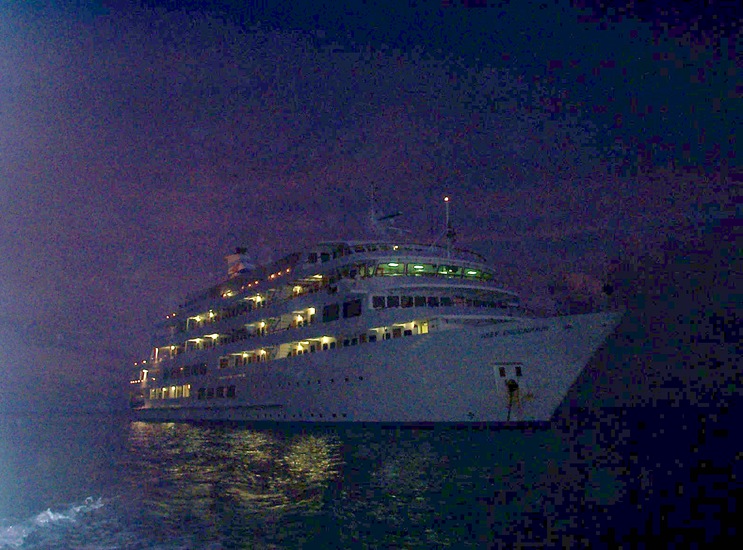 We took the tender in to the beach and took the roundabout, but less steep trail to the top. Cook’s Look is about 400 meters or 1300 feet high. 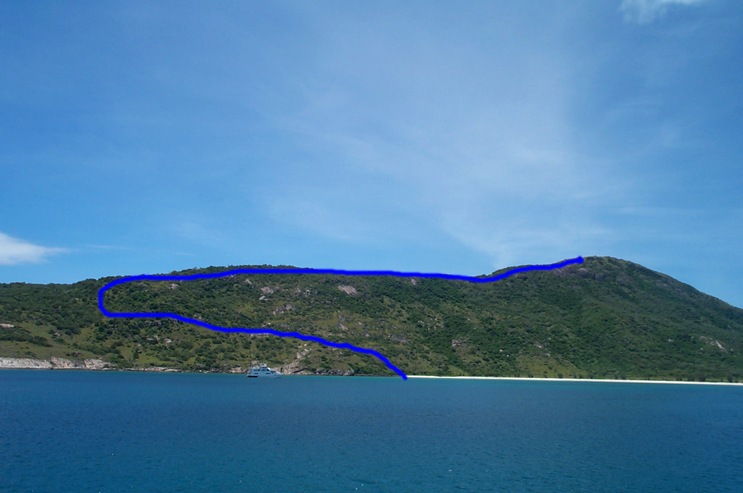 We got some great views on the way up. The guide kept of a pretty brisk pace and we got kind of spread out. 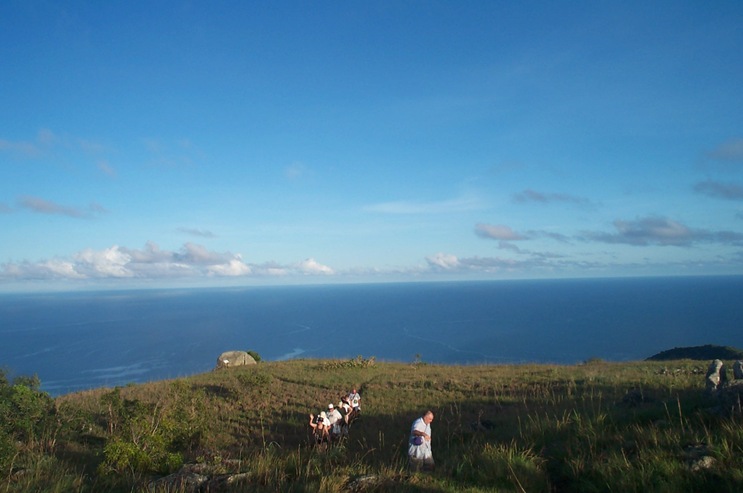 This marker at the top had the direction and distance to various other places. For example we are 240 km from Cairns and 2210 km from Sydney. 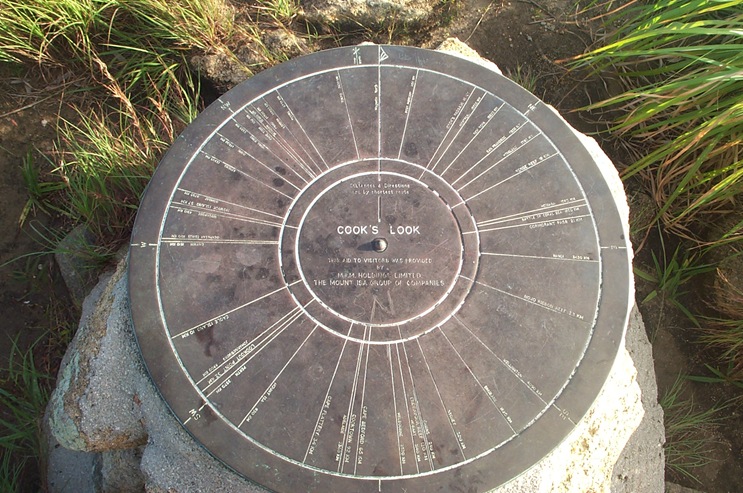 We had a beautiful 360 degree view of the island and ocean.

Our ship and another smaller one are parked in the bay. You can see a private, very exclusive resort just around the point of the bay that the ship is anchored in. You can also see a bit of the airstrip was used to fly the guests in and out 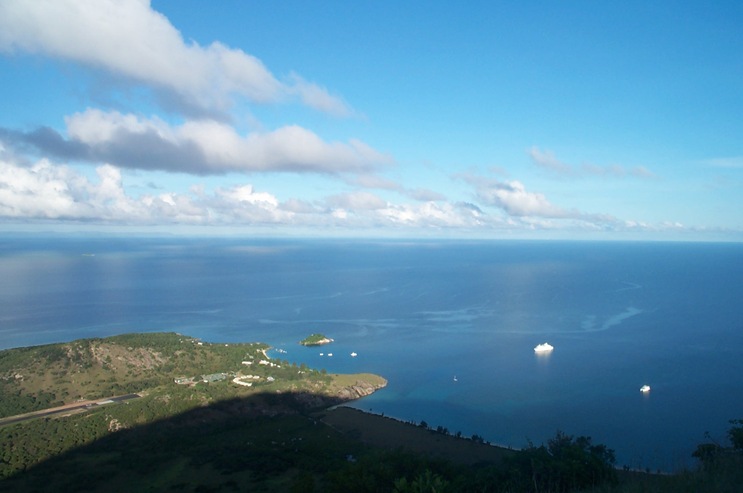 Back down we go to the beach and then back to the ship for a late breakfast. 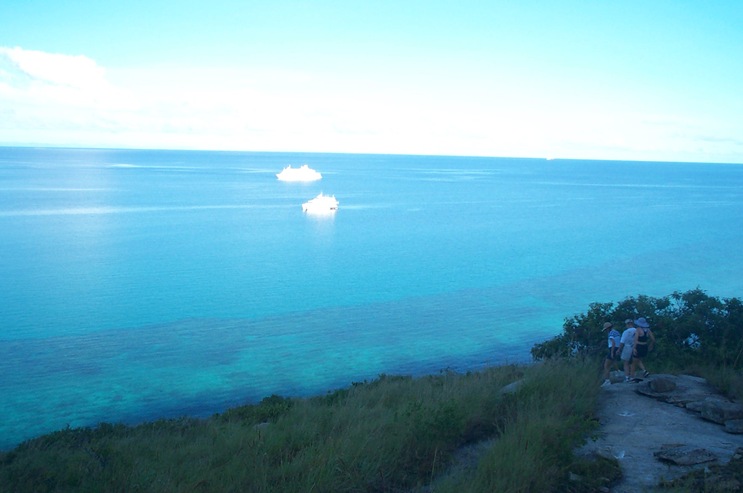 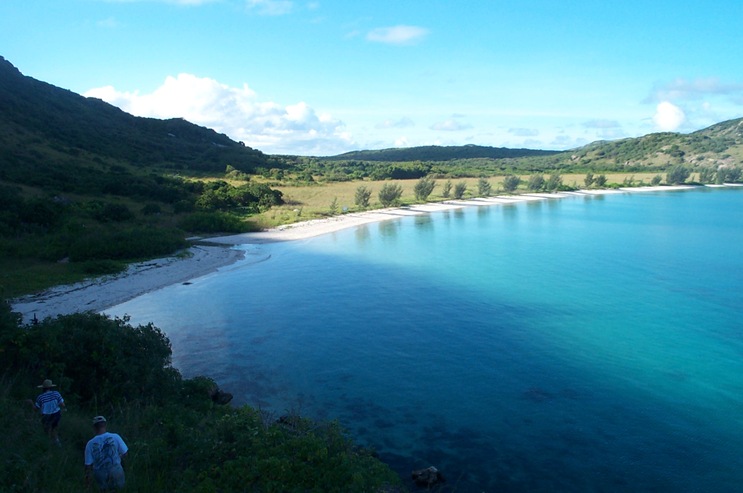 We then came back to the beach for a swim. There was a small coral reef out a bit in the bay. They supplied masks, fins and snorkels so that we could explore it. It was very shallow and you had to be very careful not to stand or even put a hand down so as not to break anything. 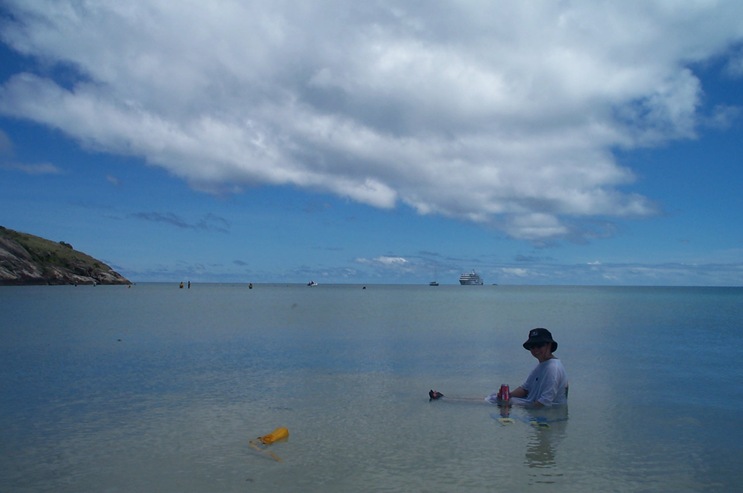 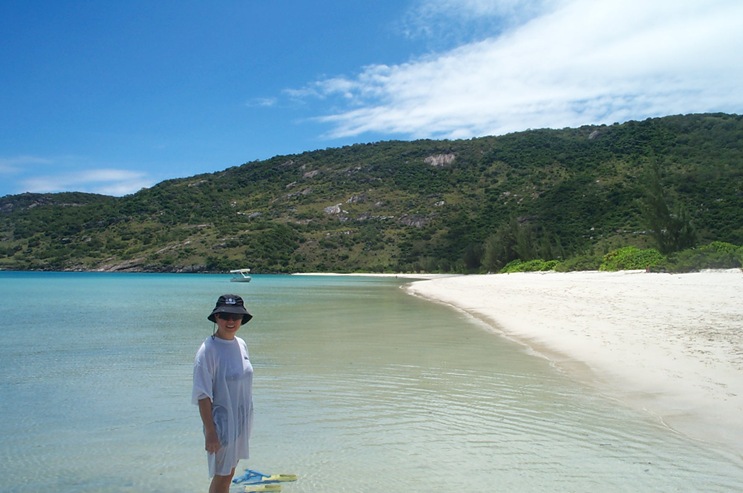 After lunch back on the ship we hiked to a beach on the other side of the island. Part of the hike was along the airstrip. There were markers along the edge that we were not allowed to pass so we stayed off of their property.

It was a really hot hike with temperatures well into the high 30’sC with no wind. 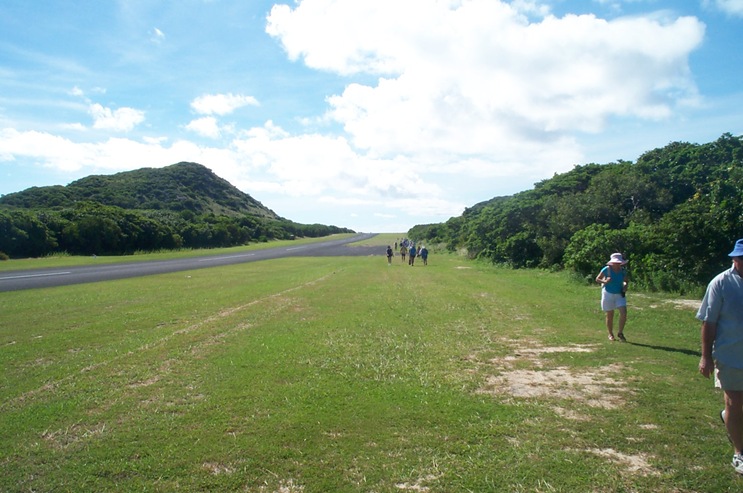 The water at the beach on the other was felt wonderful. 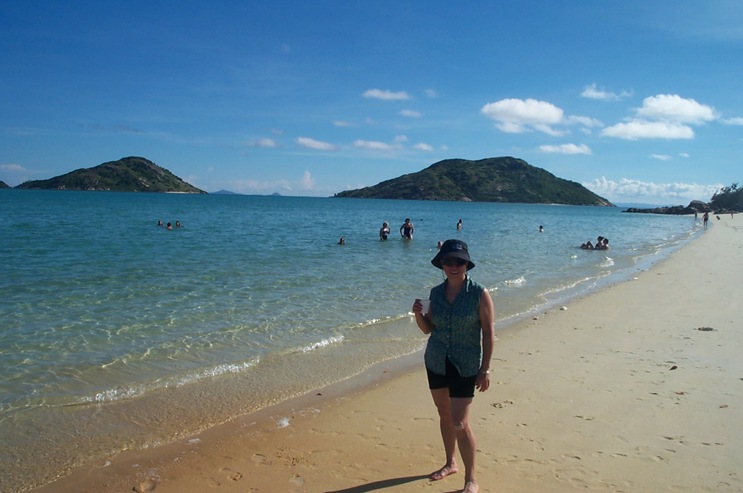 A great sunset over the ocean. 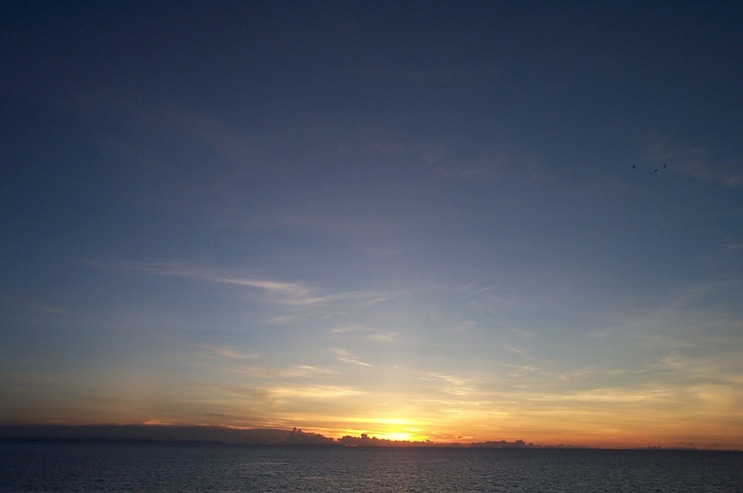