Today was very windy, rainy and cold. We slept in and then just puttered around until after lunch. We needed some groceries and there is a reasonable sized store in Kensington, which is about 20 km away. We decided to take the roundabout way to get there and do part of the Central Coastal Scenic Drive.

Our first stop was to try and find the Cape Tryon Lighthouse shown in a lot of brochures. It was a bad omen when there were no signs pointing the way. We followed the directions in the book only to go down a dirt road and find a sign saying “No Trespassing. Private Property”. Onwards. We saw several other cars headed in the same direction. 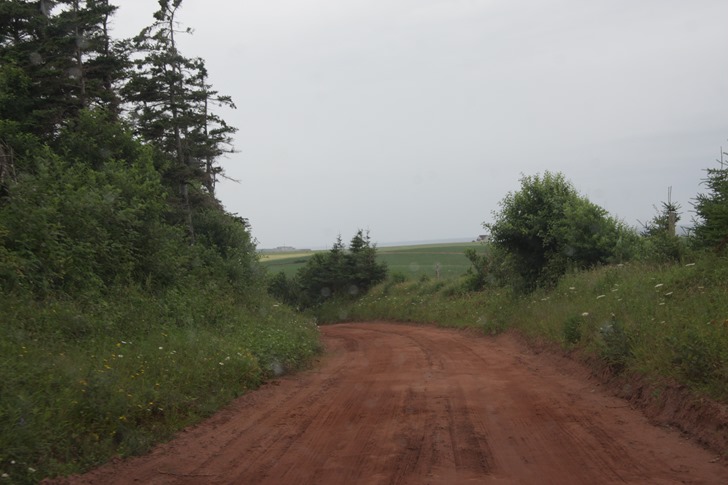 I noticed on the map that there was another lighthouse close by. It was not nearly as scenic but just happened to be across the mouth of the bay from the end of the long spit we had attempted to walk to the end of yesterday. 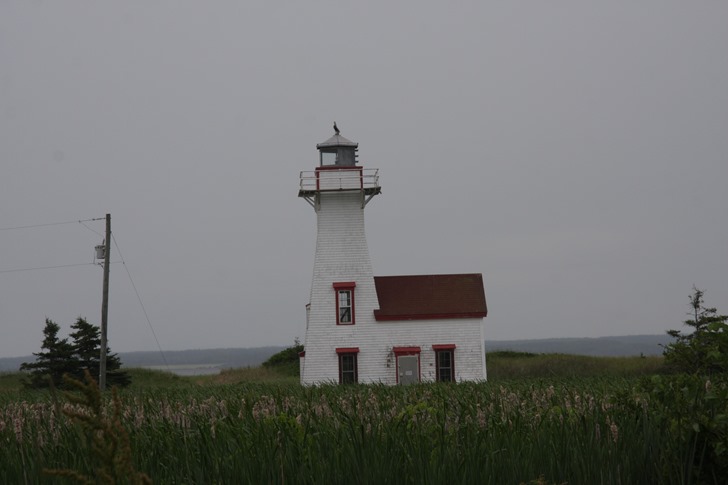 I walked out to the beach in the rain just to get a picture of the spit. 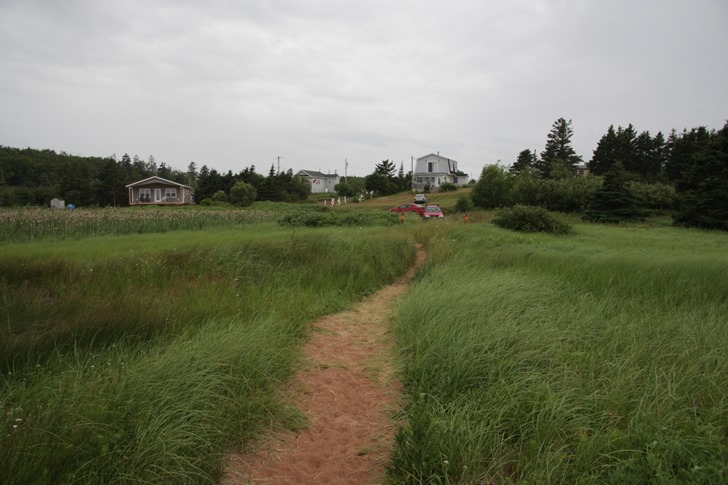 A very blah day to be taking pictures. 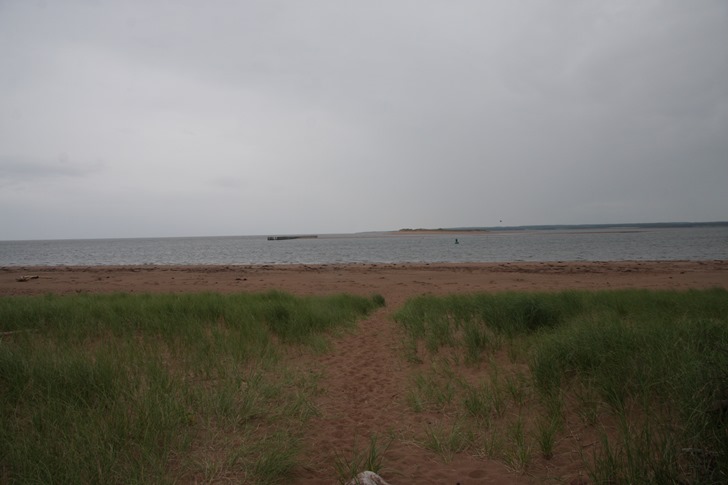 The drive it self was not especially scenic as you are usually well back from the coast. Just a lot of farm views.

Next stop was Cabot Beach Provincial Park. We tried the stop because it is at the end of a point and might have had some nice views.

I walked down the the beach in the, now harder, rain. Nobody to be seen. 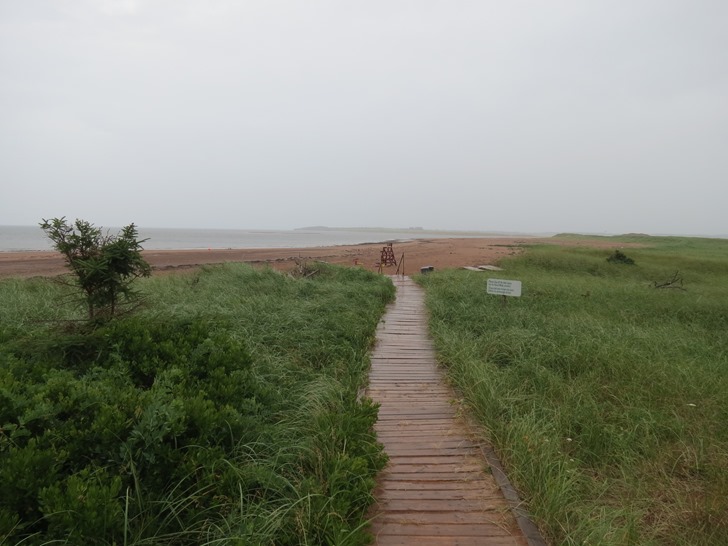 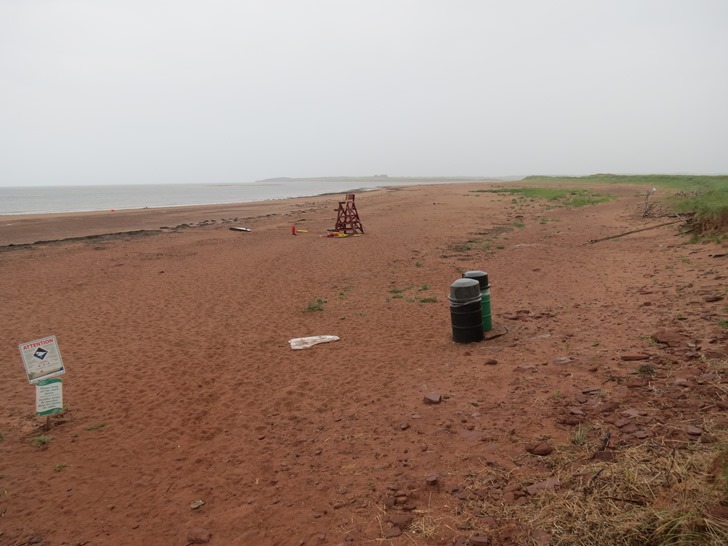 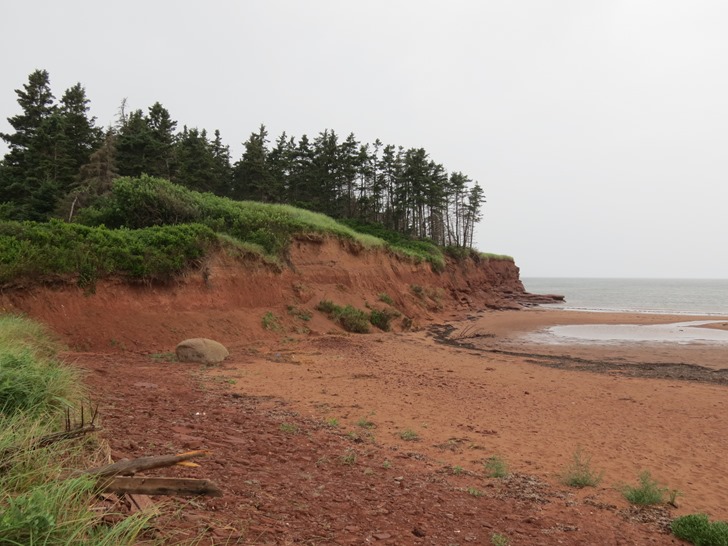 There was another small lighthouse. 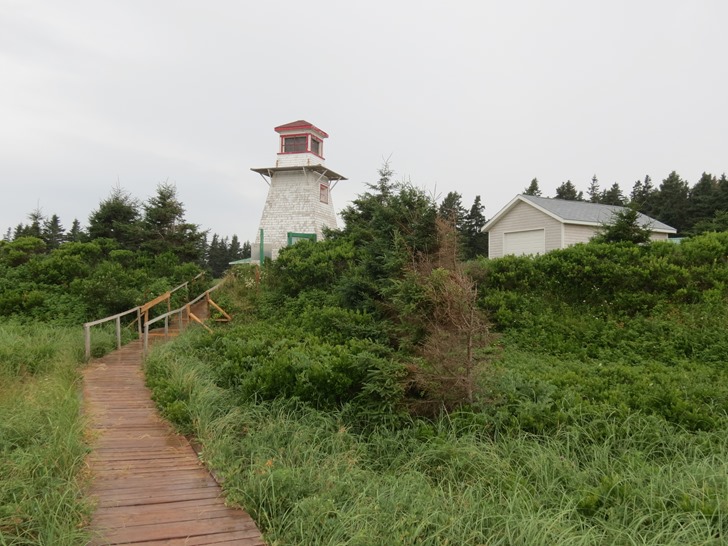 Walking back I noticed that the lifeguard, that was supposed to be on duty on the beach, was in the little green building, out of the rain, doing yoga poses to pass the time. 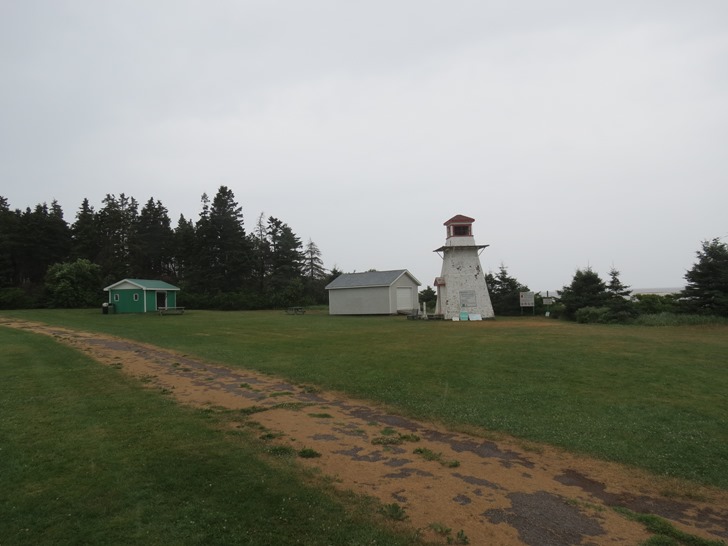 Our next stop was St. Mary’s Church in Indian River. It is no longer used as a church but since the acoustics are so good it is now used as a concert hall with regular events during the summer. 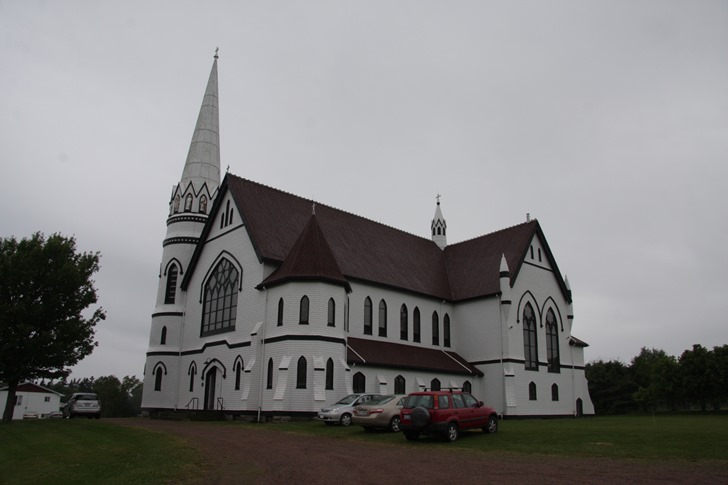 Some interesting characters around the spire. 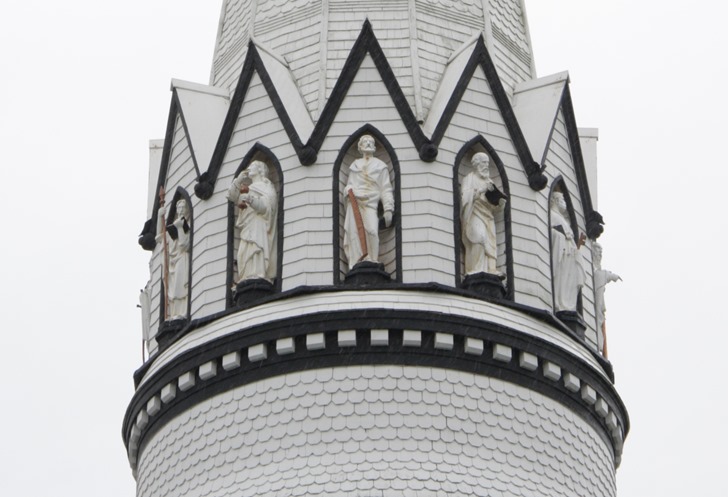 The inside had a beautiful wood ceiling. 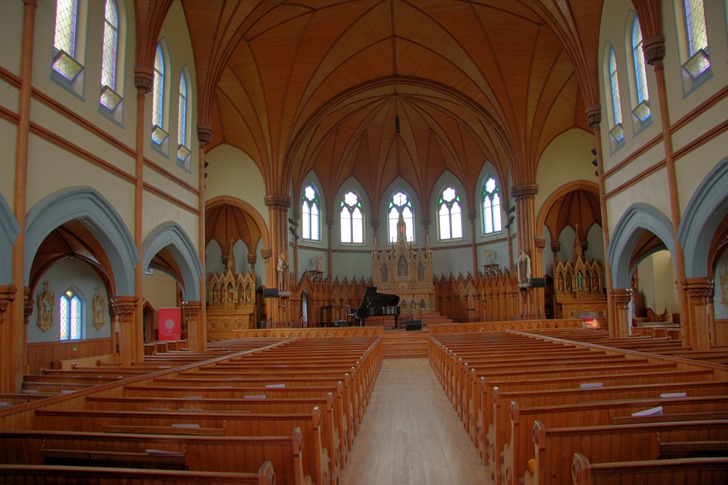 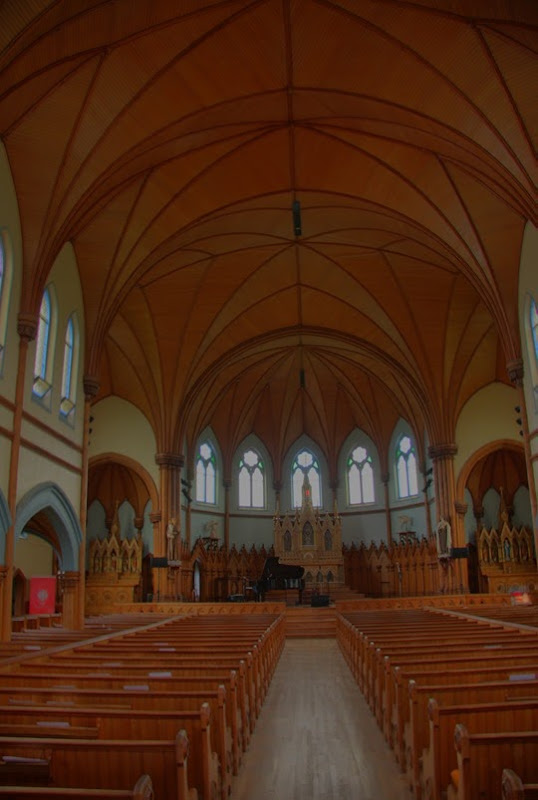 We moved on to get groceries and went home.

Tonight we went to another lobster dinner. The St. Anne’s Church Lobster Dinner was the first of the dinners to start in PEI. It is held in the basement of the church and the profits are used for the church’s work in the community. This time it was all you can eat chowder, mussels and desert. We stuffed ourselves again.