We were going to go biking today but it was hot, humid and very windy. The forecast for tomorrow is much better. We went to some more of the beaches on the coast, where it was cooler.

So if you are sick of pictures of red cliffs and rocks and white sand beaches you can safely skip this post. I only want to document what we did.

We drove along the road that follows the shoreline in the park and stopped at every pullout to see what was there.

The first one was called McNeil's Brook. At each place there was a ramp in the cliffs so you could walk down. 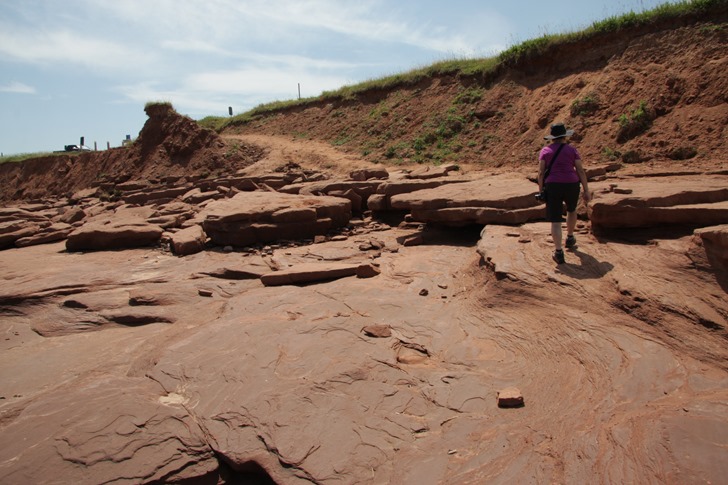 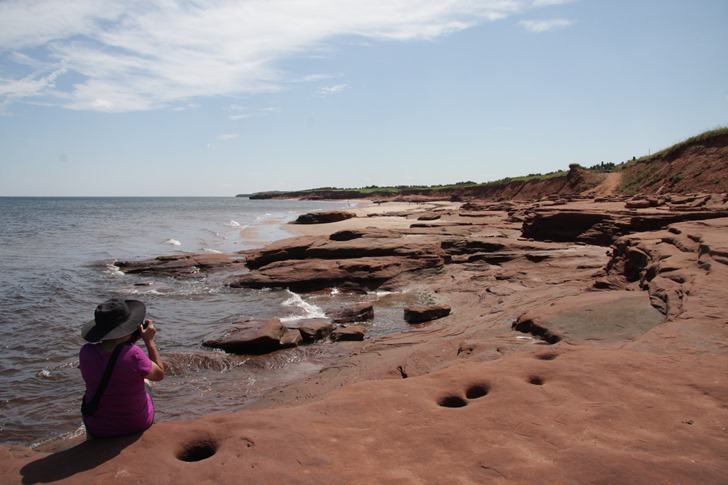 There are always interesting shapes in the rocks. 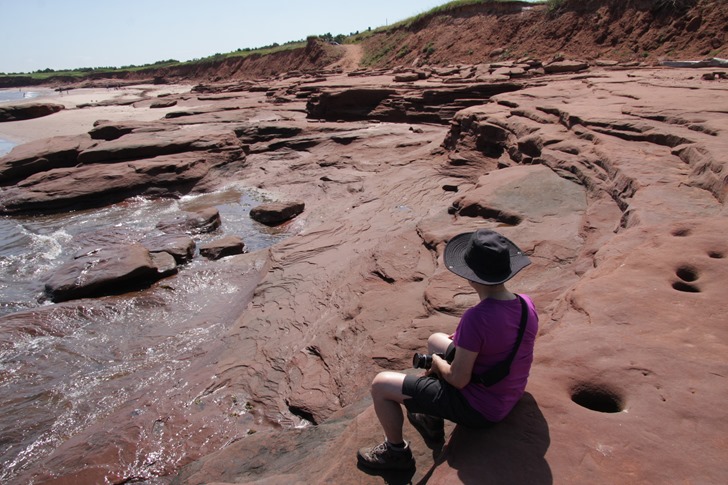 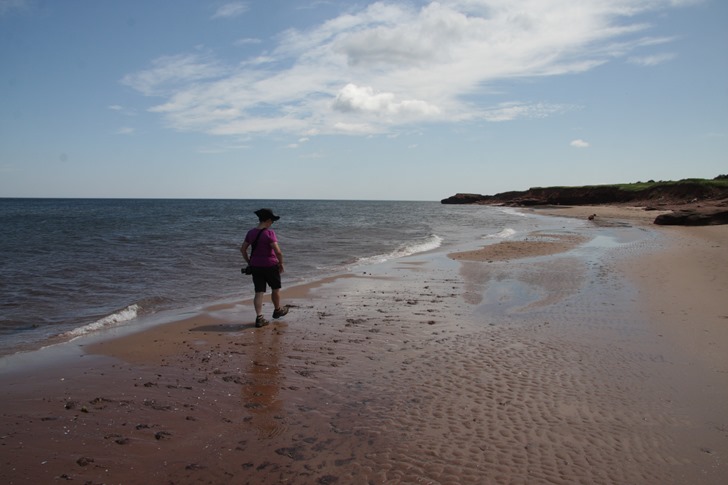 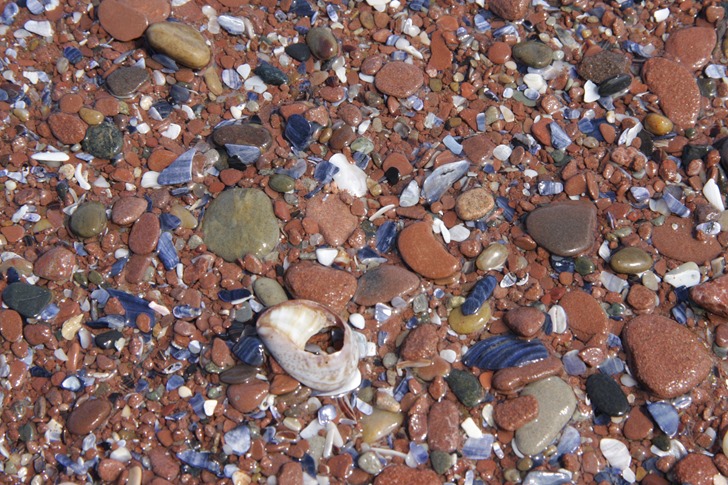 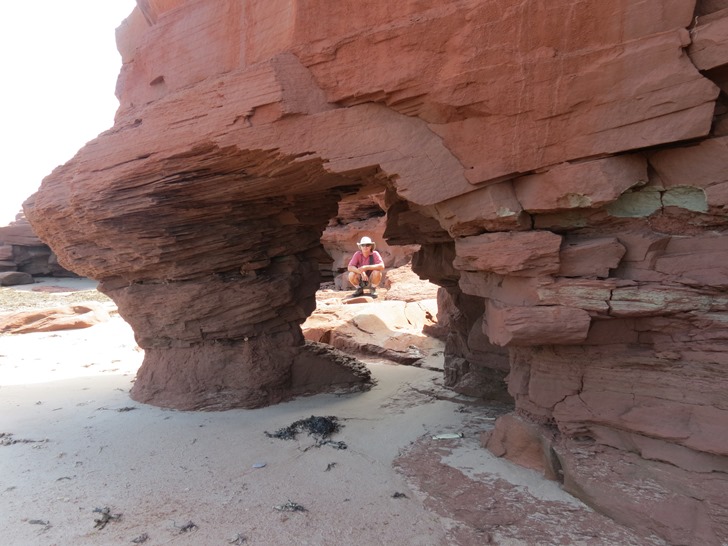 I climbed up this hill to go out on the end of the point so Jennie could take a picture. 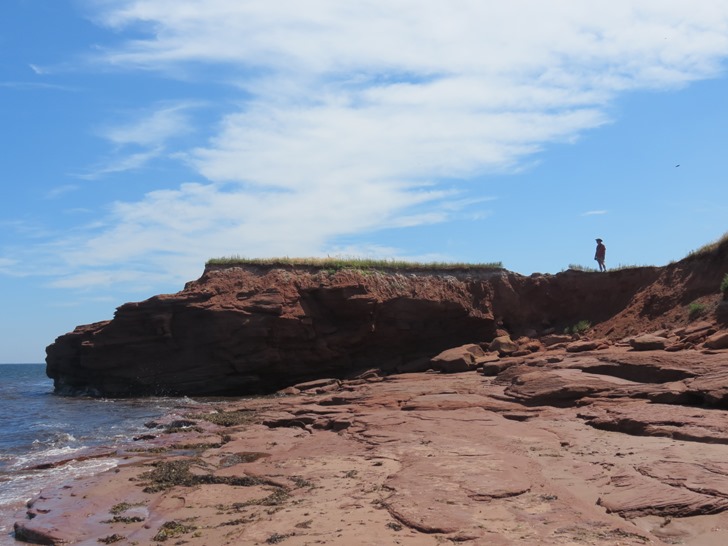 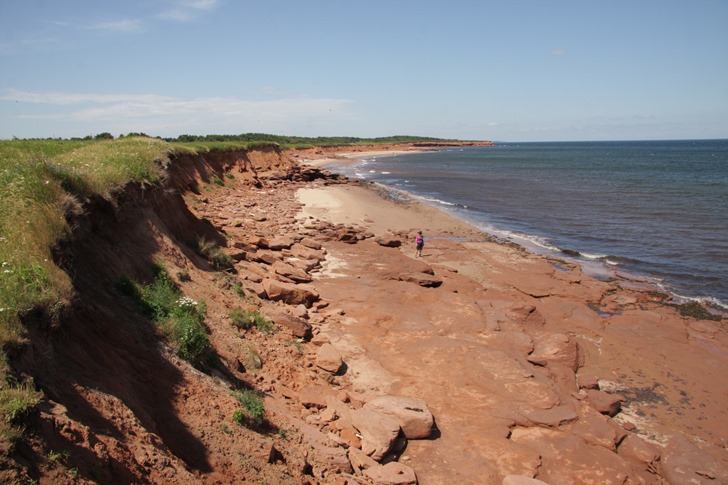 It was a bit narrower than I thought. 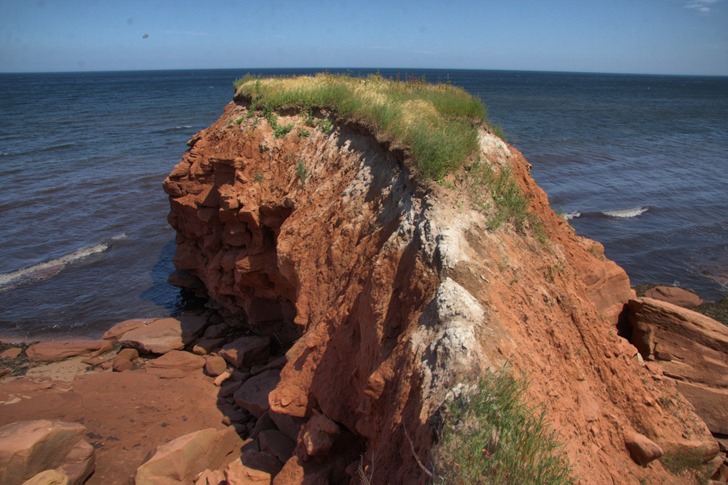 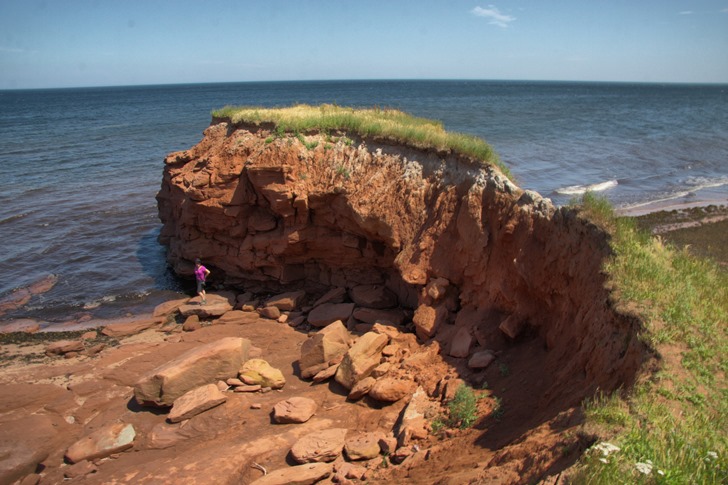 Off in the distance we could just make out the Cape Tryon Lighthouse that we tried to get to yesterday. 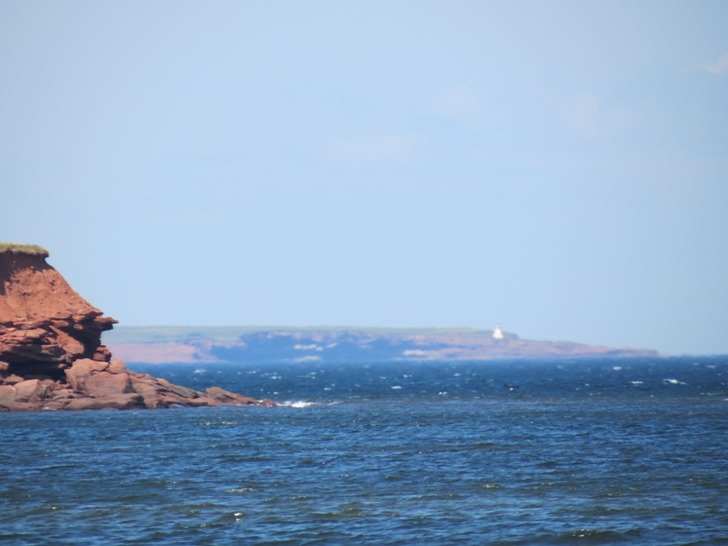 Jennie is always checking the shore for interesting objects. 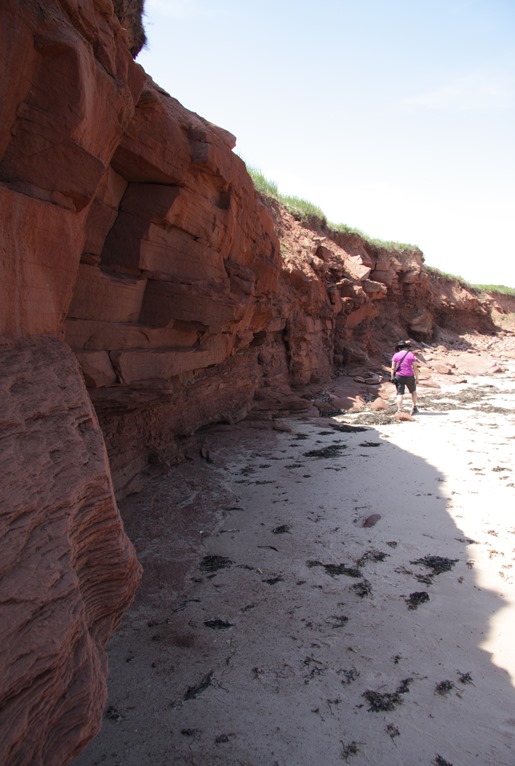 She was not the only one. 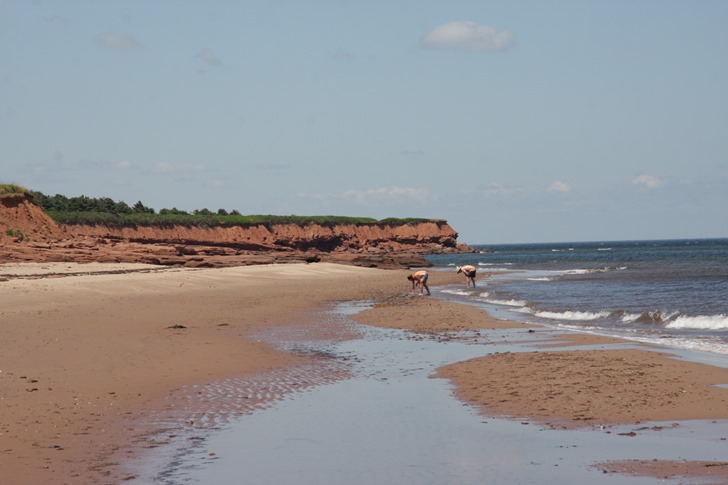 Next stop was called Mackenzie's Brook. We had lunch on a bench on top of the cliff before going down. 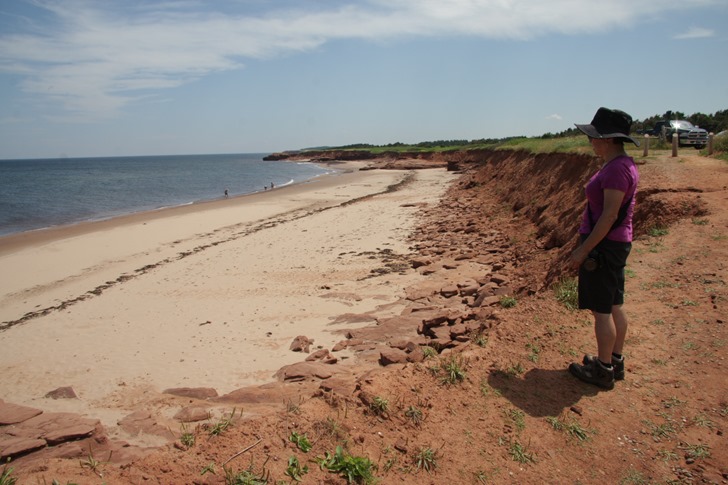 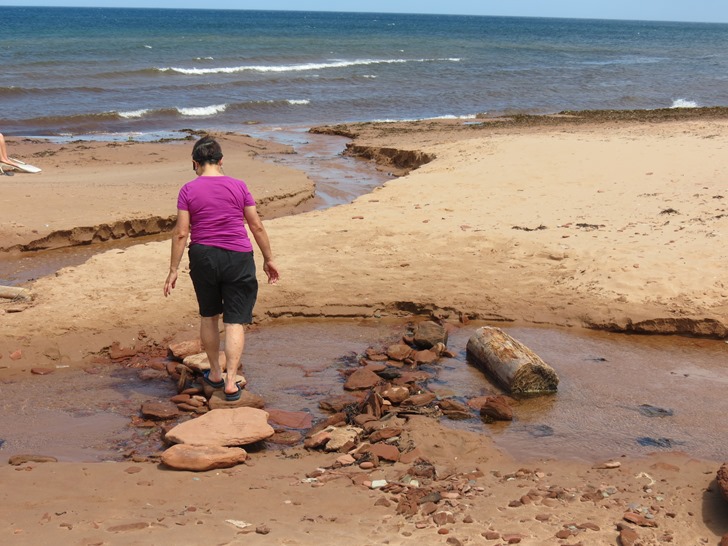 While Jennie did her thing, I waded way out on the shallow sand bar to escape the heat. The water was nice when it was shallow but given any depth and it got cold fast. Just having my feet in made all the difference. 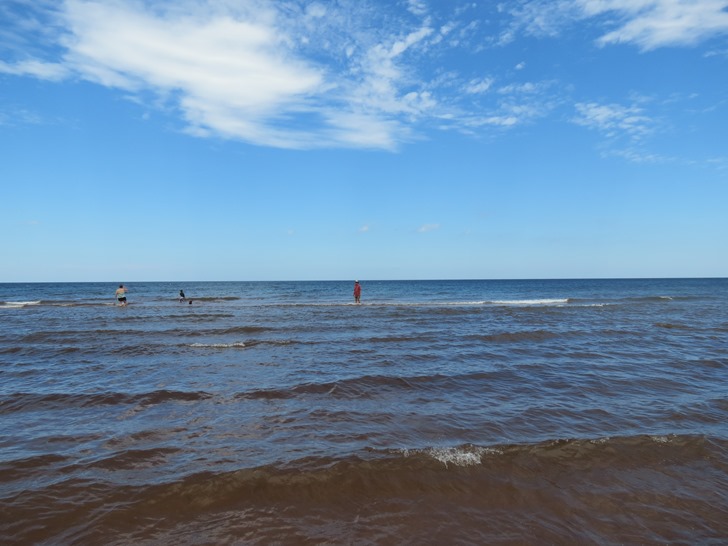 We didn’t stay too long here.

Our last stop was North Rustico Beach. One end was in the national park and was pretty empty. 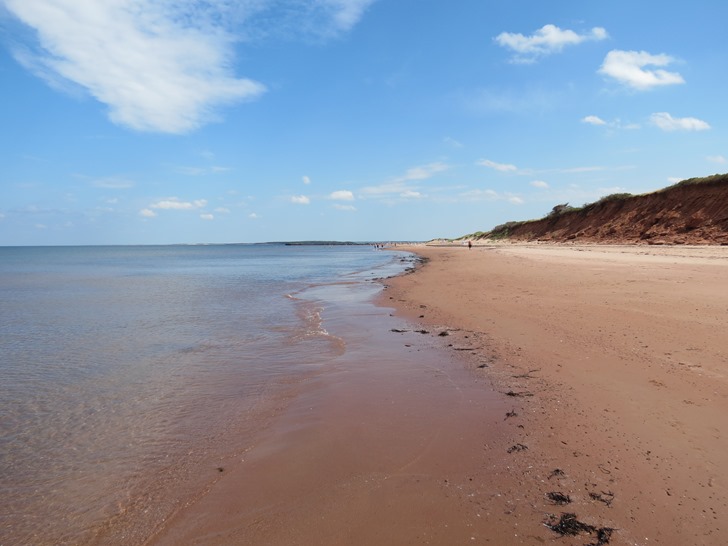 Every once in a while we would pass a section of shore covered with ground up shells. They seemed to sparkle in the sun although it doesn’t show up well in the pictures. 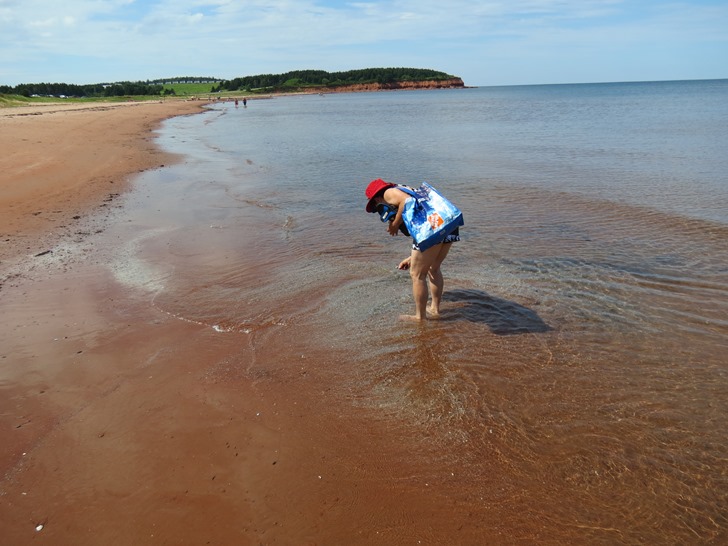 We walked down to the other end, which is part of the town. 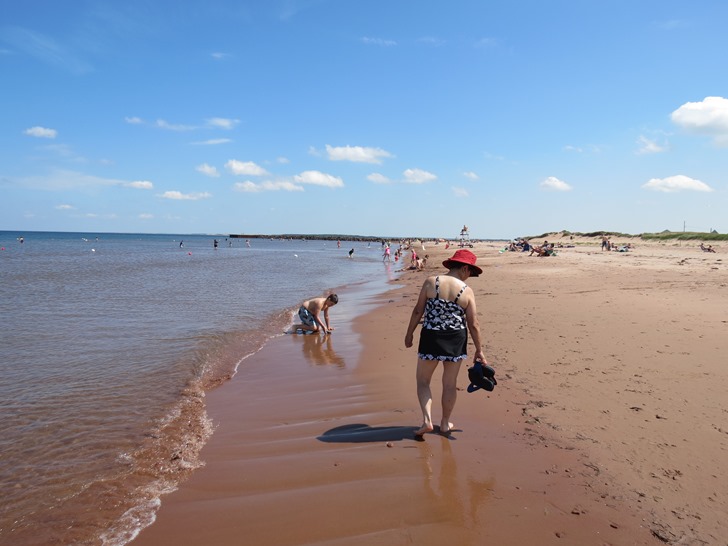 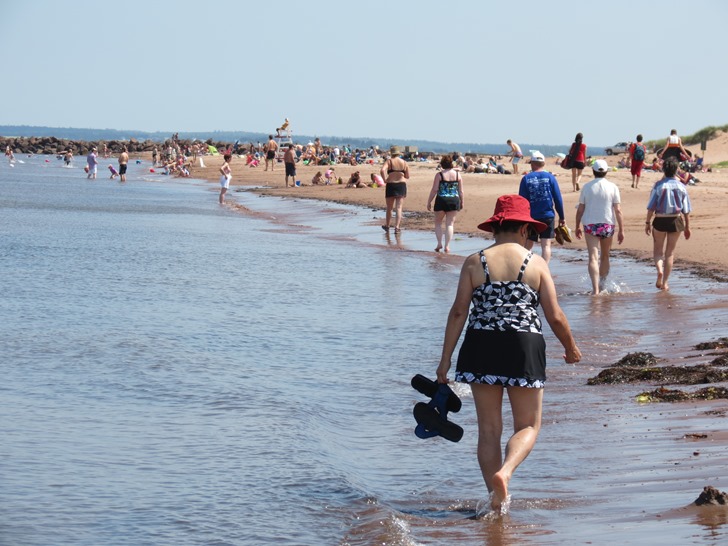 We stopped at the breakwater to get a picture of the lighthouse and then turned back. 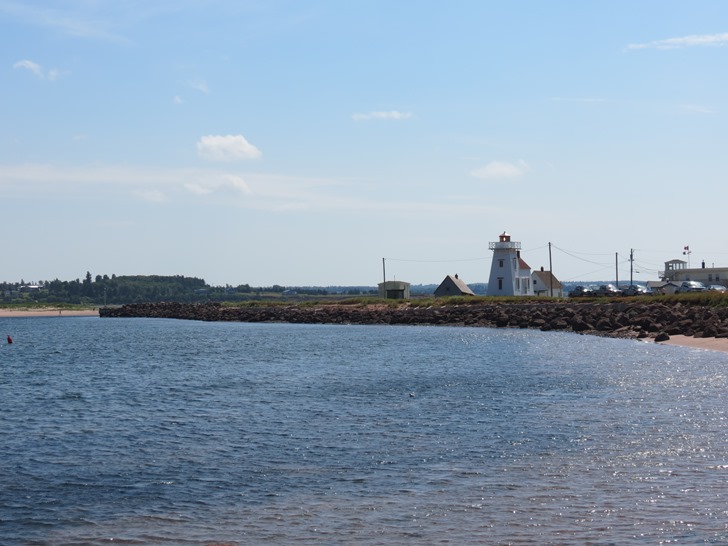 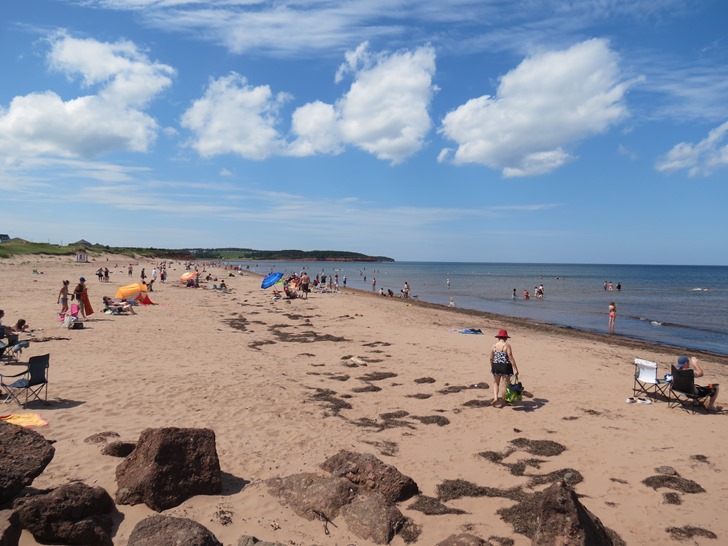 Part way back we sat on the beach for a while to rest. Jennie thought she would go in to cool off. This is as far as she got. 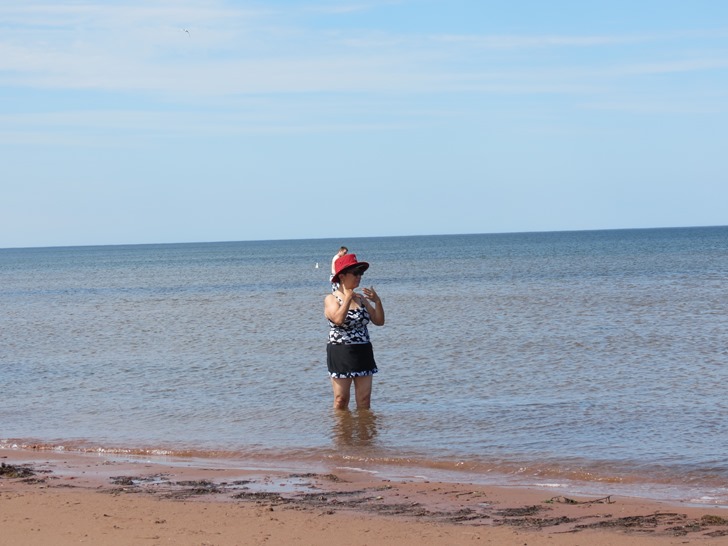 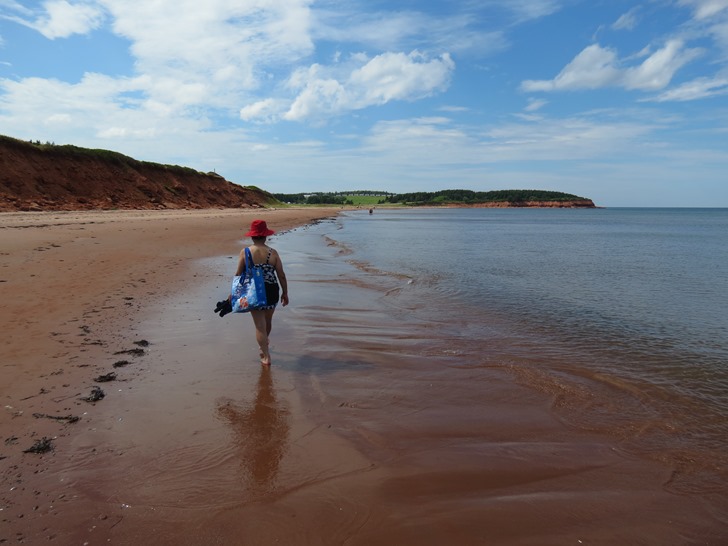 On the way home we thought we might go to the pool at the campground to cool off. Once we got back we decided that we had had enough sun already so we just lay on the bed in the RV with the air conditioning blowing on us. Heaven!