It poured rain all night and most of the morning. It was the kind of rain that when it comes down that hard you think it can’t last very long but this one did. It would occasionally ease up for a few seconds, just to get your hopes up, and then come back with a vengeance. Jennie has a hard time sleeping with the pounding on the roof but it doesn’t bother me that much.

We just stayed in bed this morning. At about 11 it stopped so we got up, had brunch and headed out to do a short hike to La Chute (The Fall). It is a 1km loop with some offshoots to lookouts. 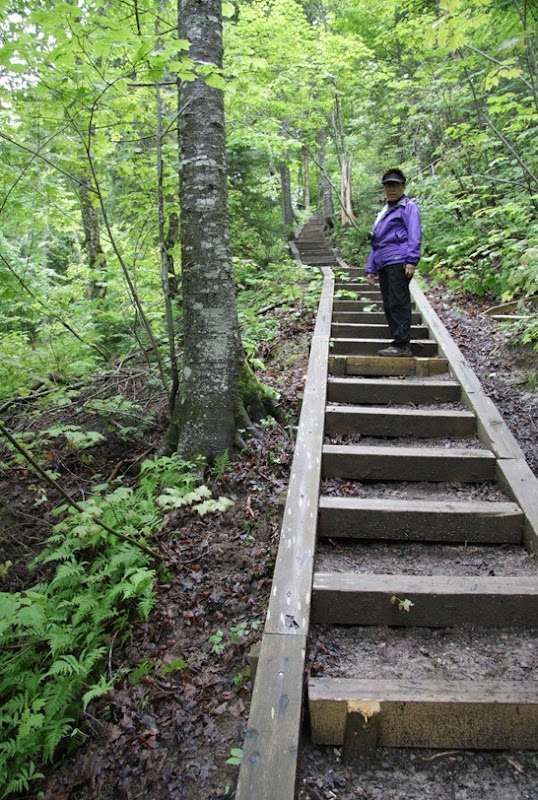 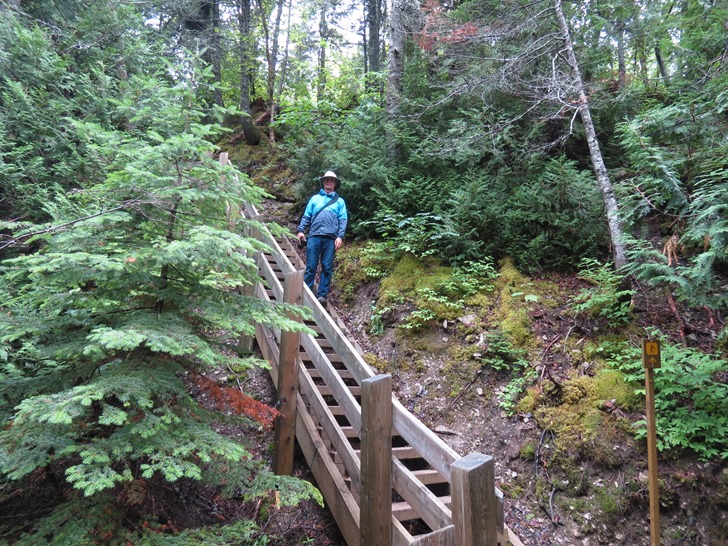 There is a boardwalk to the base of the falls. With all the rain the creek was bursting at the seams 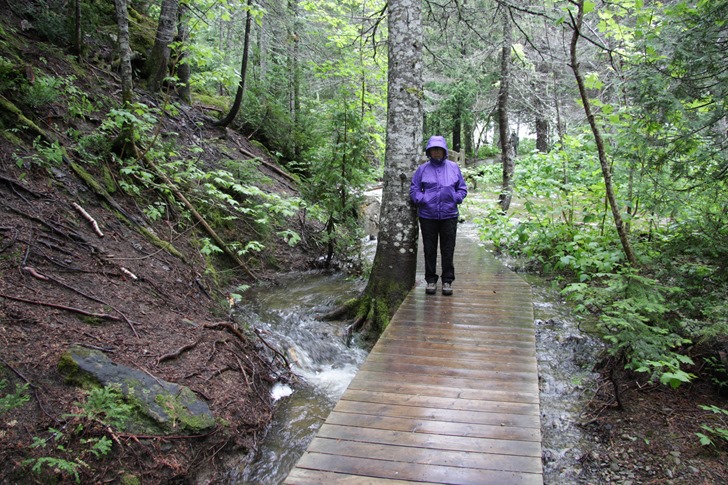 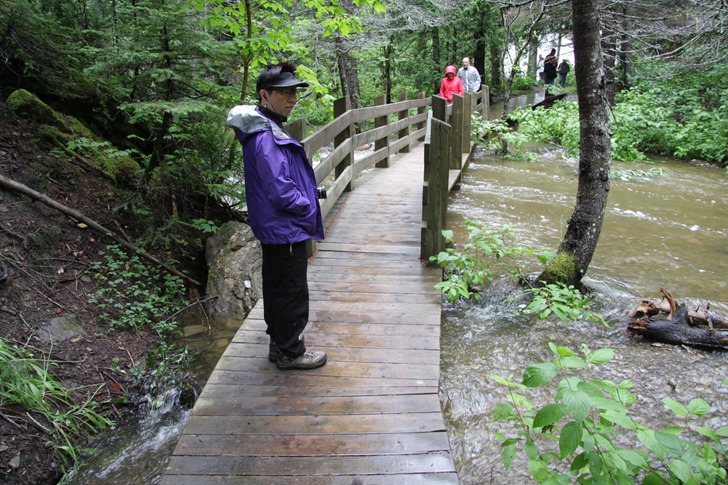 It was hard to get close to the falls without getting drenched due to all the spray being thrown up. We were constantly wiping the camera lenses. 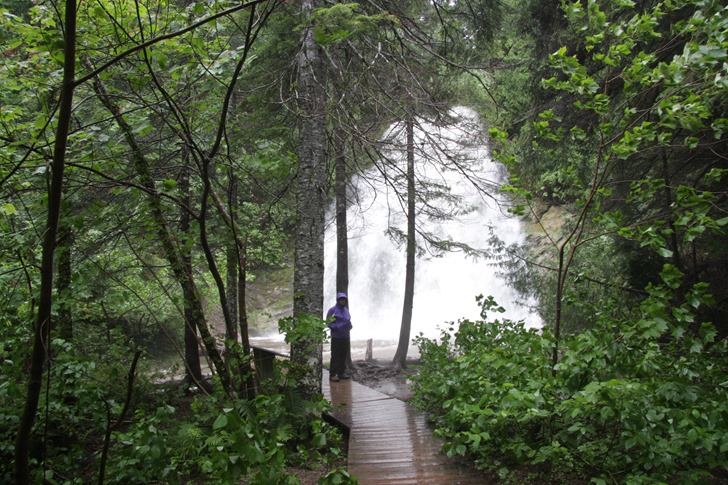 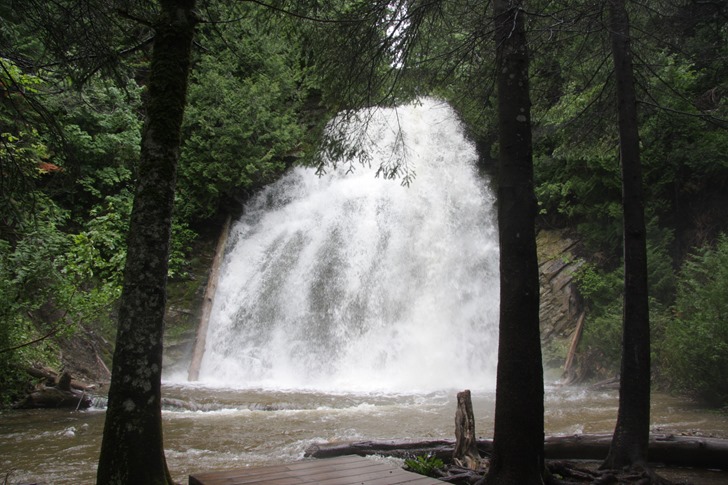 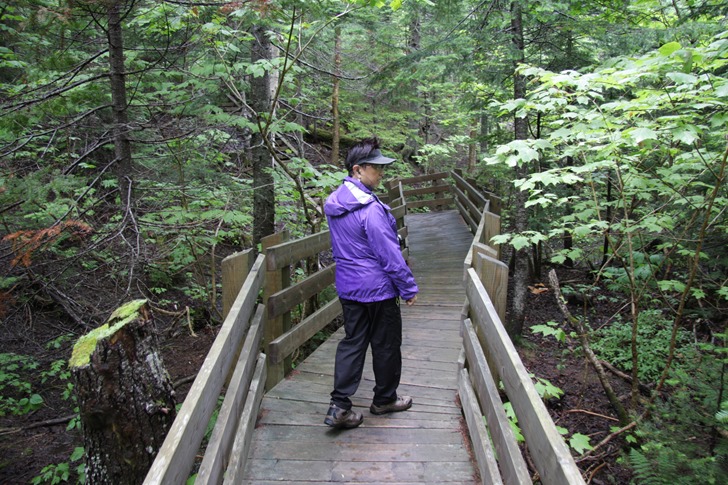 We walked / climbed around the loop that took us to the creek at the top of the falls. 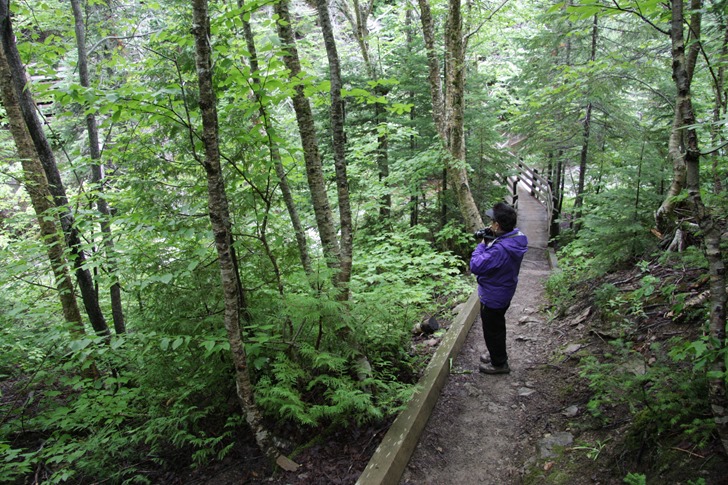 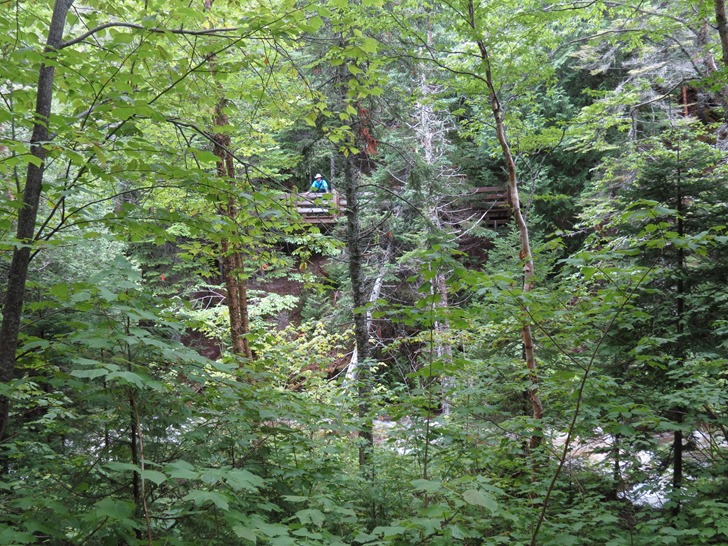 Me, in the same place in the picture above and below. 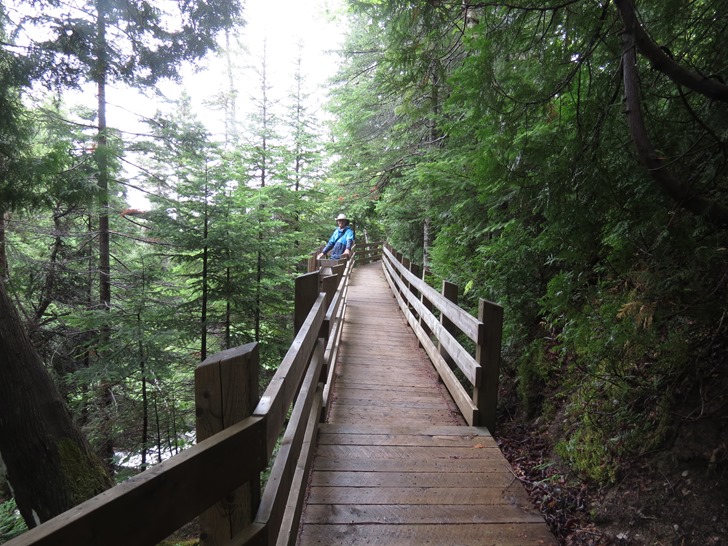 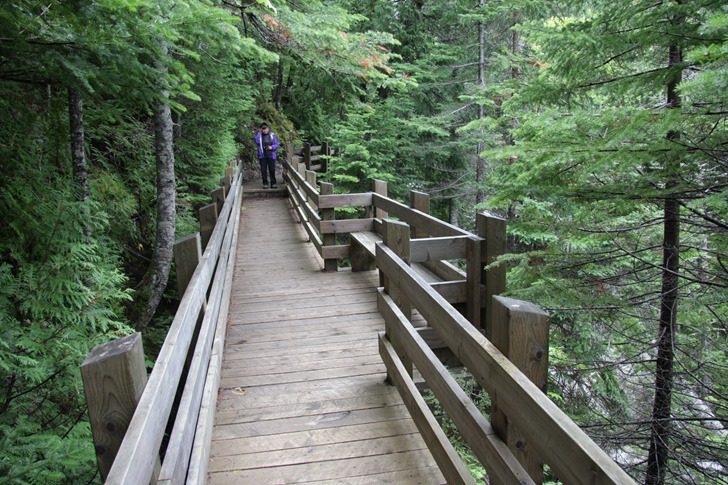 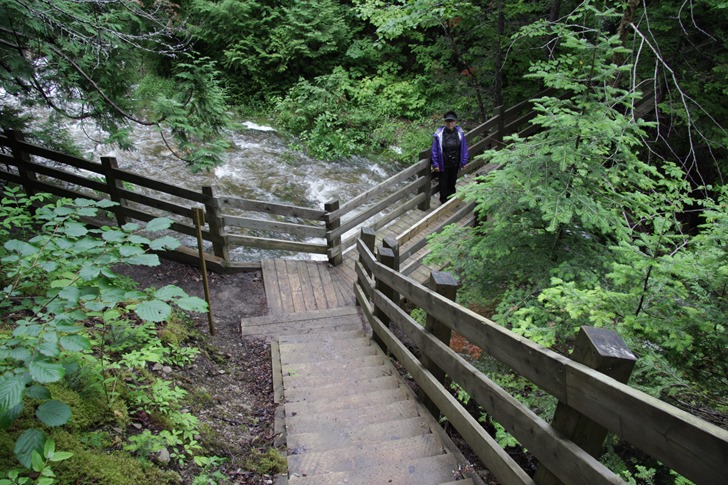 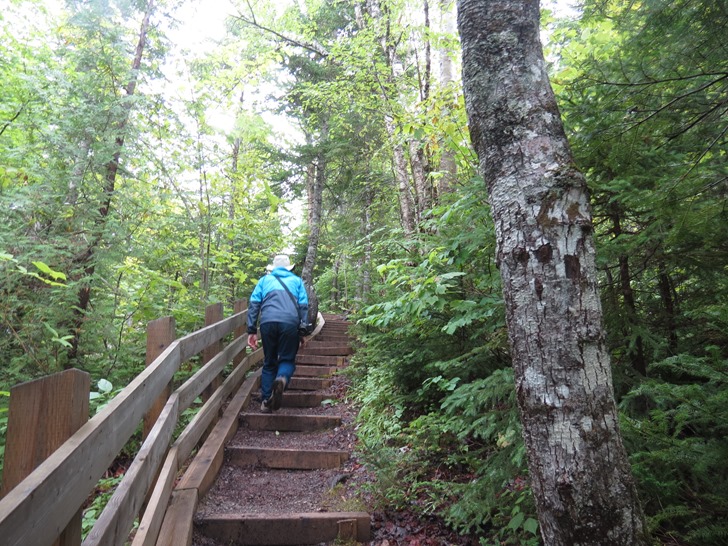 Another offshoot took us to this viewpoint. 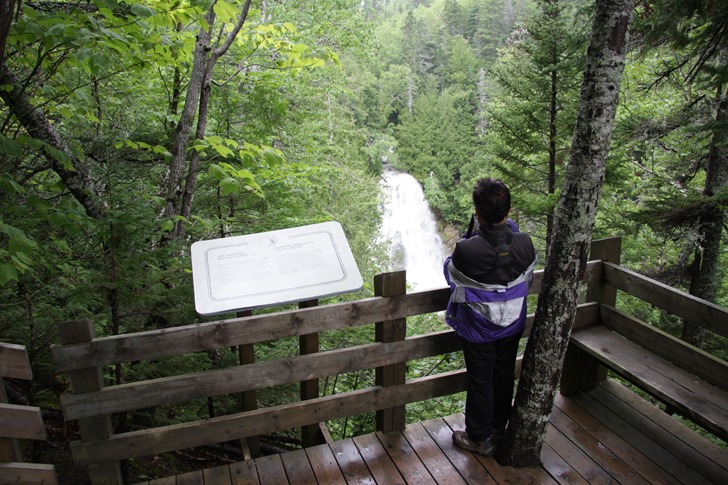 They had actually trimmed the trees so you could see the falls. 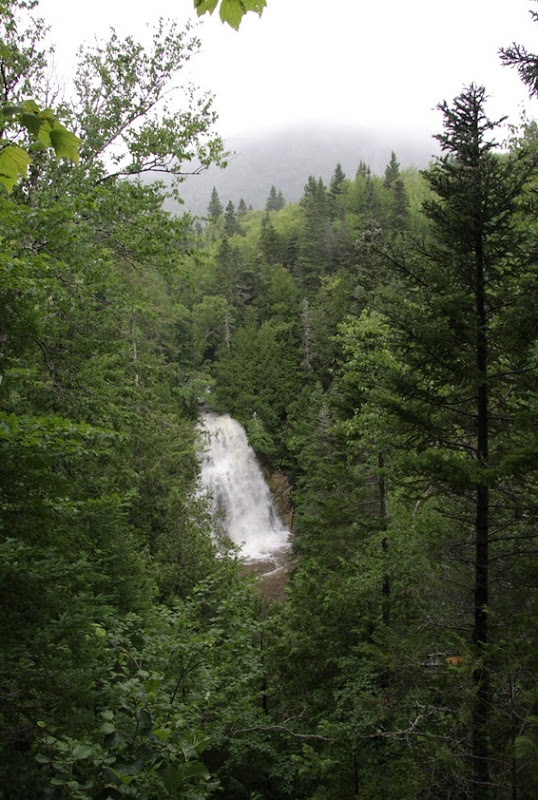 As we got back to the car the rain started again. We wanted to get to that lighthouse we had seen yesterday so we put on our full rain suits and continued out along the shore. 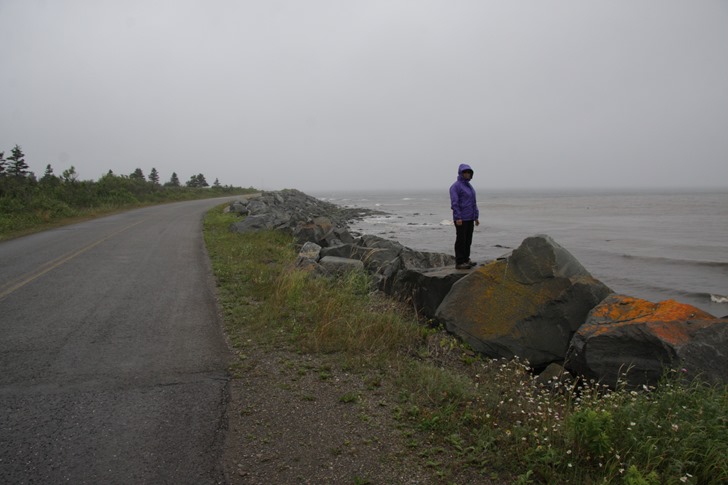 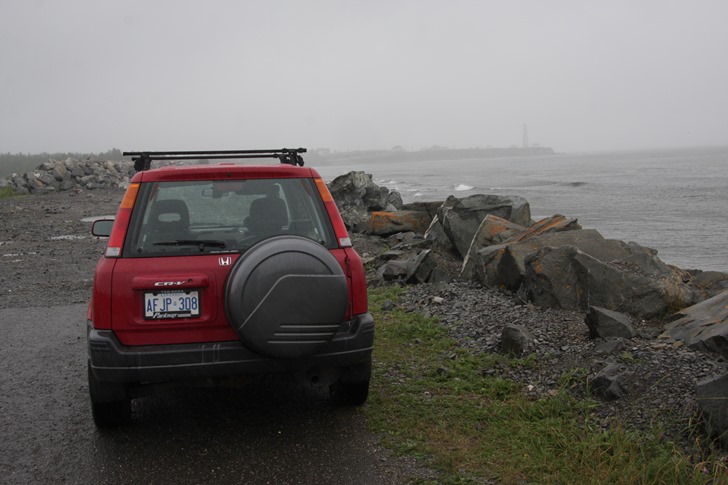 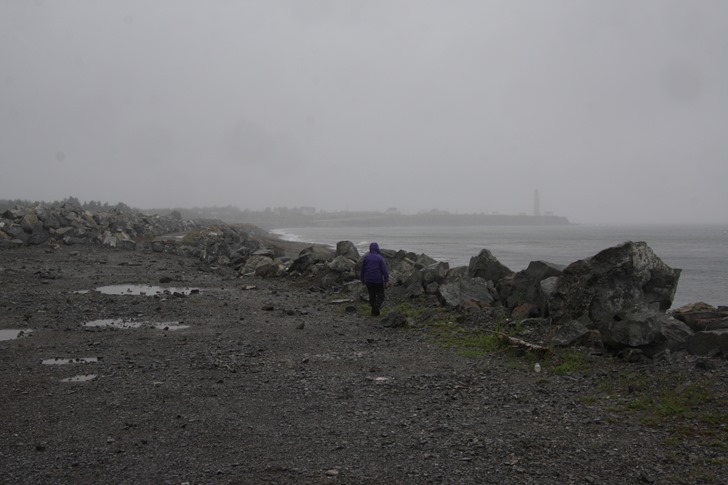 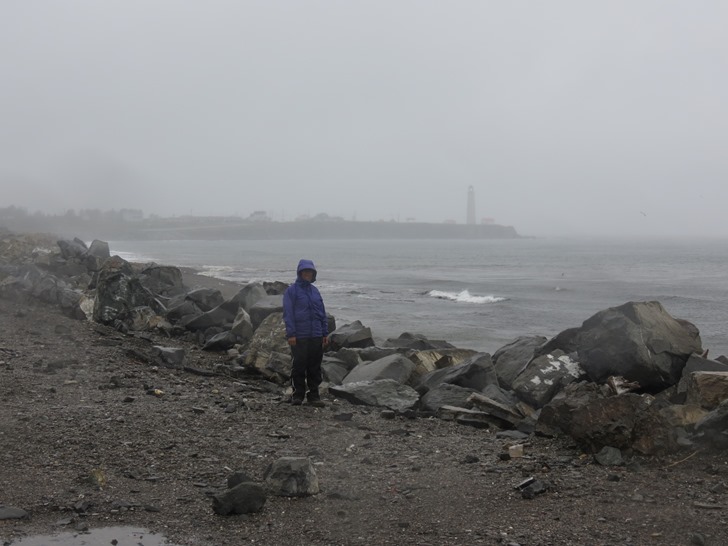 We didn’t stay long at this spot because the rain was really coming down and there were no interesting rocks for Jennie.

This is the way the GPS wanted me to go. 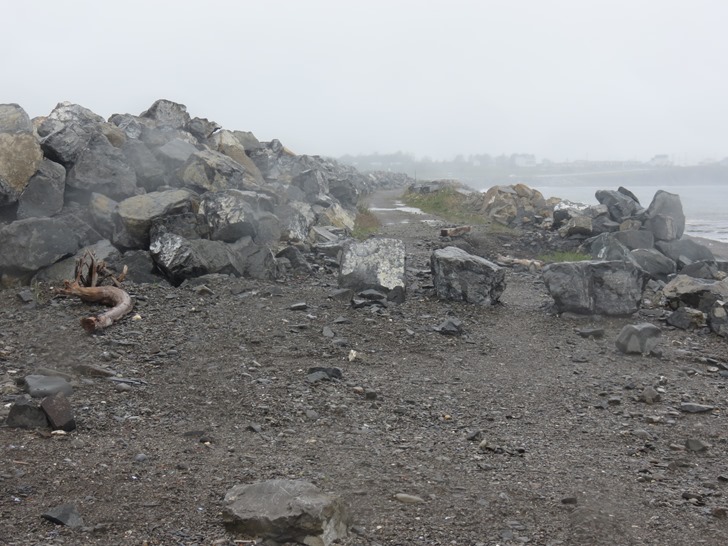 Once we got to the lighthouse there was an admission charge to even get on the grounds to get close. I just took a picture over the fence. 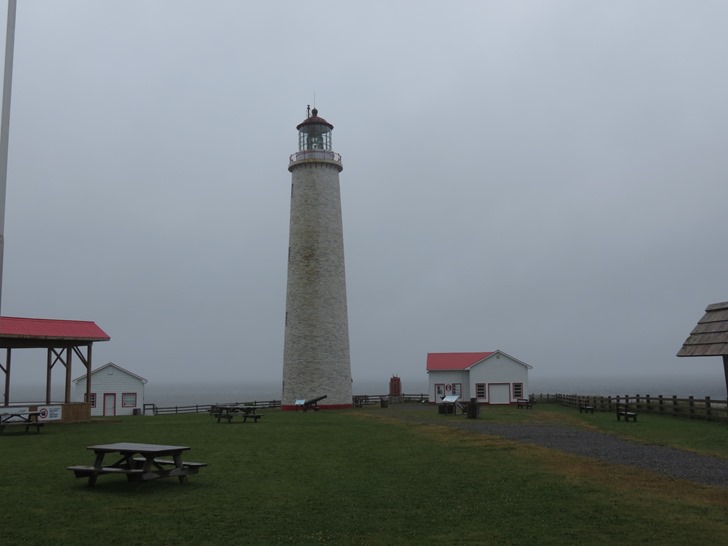 It looked like it had a nice big lens but it was so misty the view wouldn’t be worth it and I have seen a lot of lighthouses. 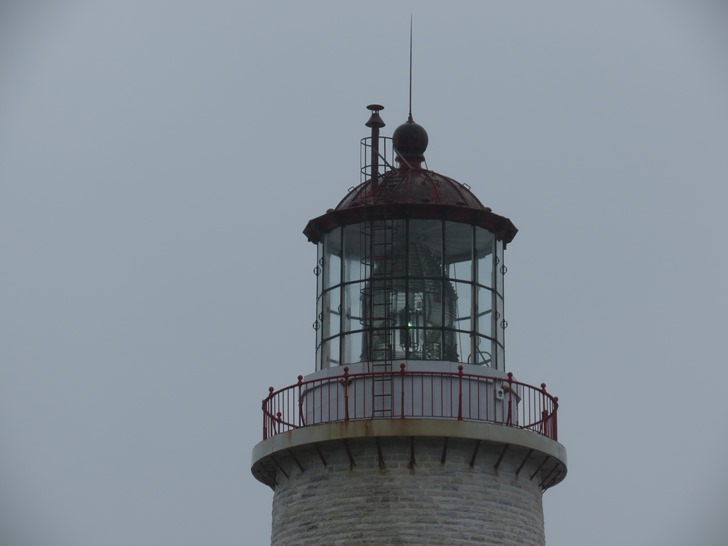 The view back along the coast to the park. 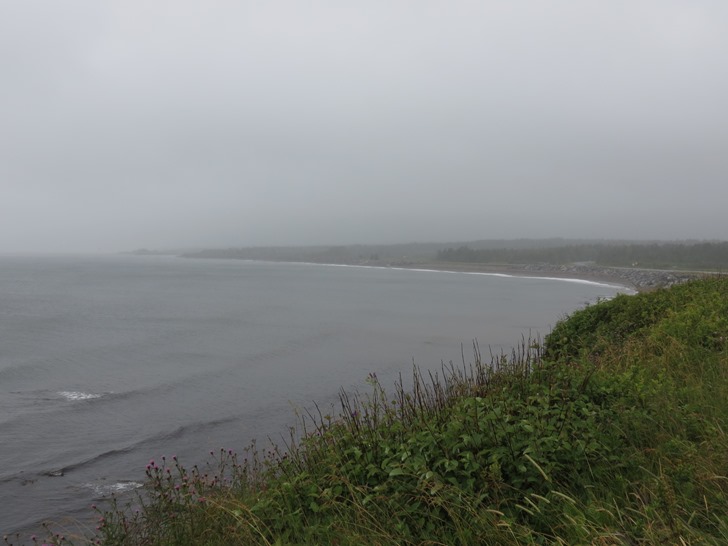 With the mission accomplished and the rain getting harder we headed home.