It was a lousy day weather wise. It rained on and off all day and also started off very foggy so we wondered if we would see any of the Gaspe coast. It cleared a bit later but a sunny day would have been so much better.

We left just before 9 and hit the expected steep hills right away. 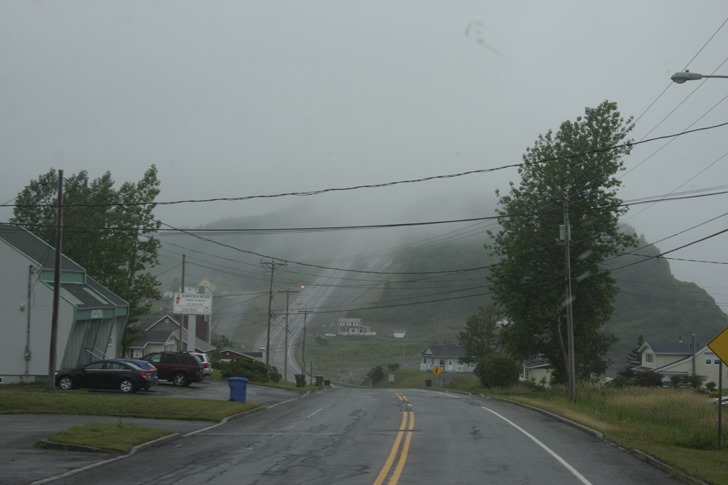 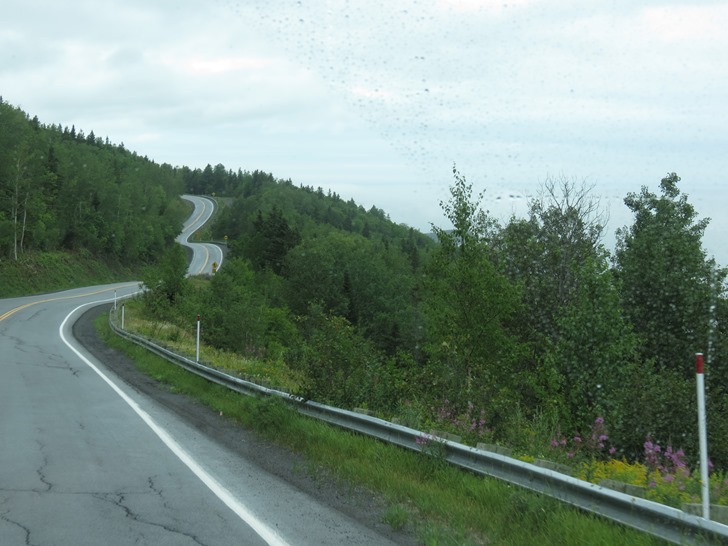 In between each hill would be a town so I would have to slow right down and could never use the downhill speed for the next up hill. The road was not in great shape either so it felt like we were shaking apart if we got any speed up.

We went through a lot of foggy little villages. 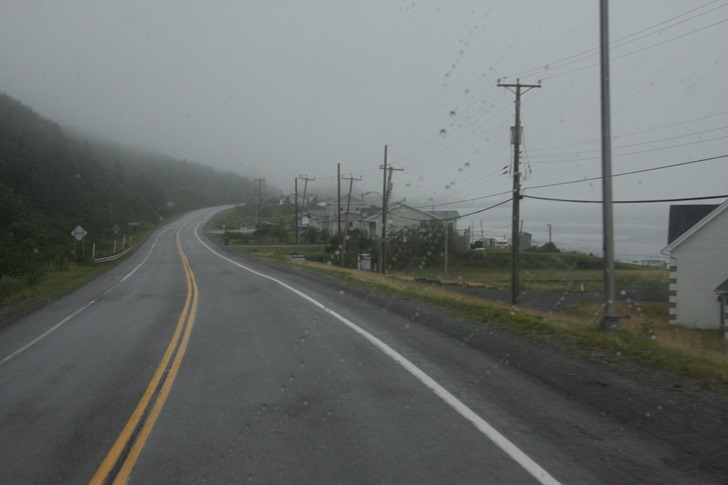 As I said the fog did clear up occasionally but the rain was always there. 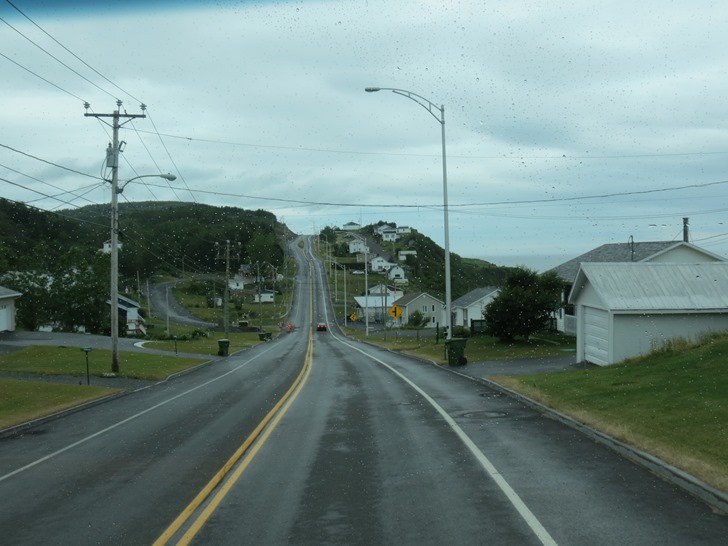 There was always that hill at the end of town to contend with. Since there wasn’t a lot of traffic I didn’t delay many people as we lumbered up at most of them about 25 kph. They were usually in the 12 – 14% grade range. 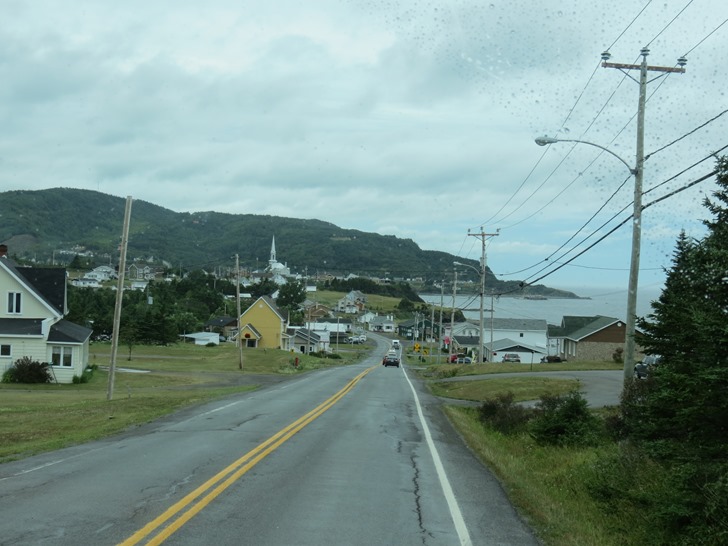 We stopped for a break (us and the RV) at this viewpoint. 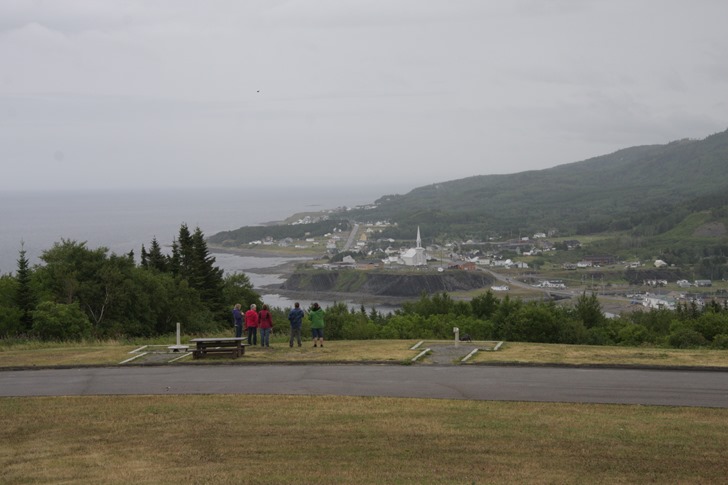 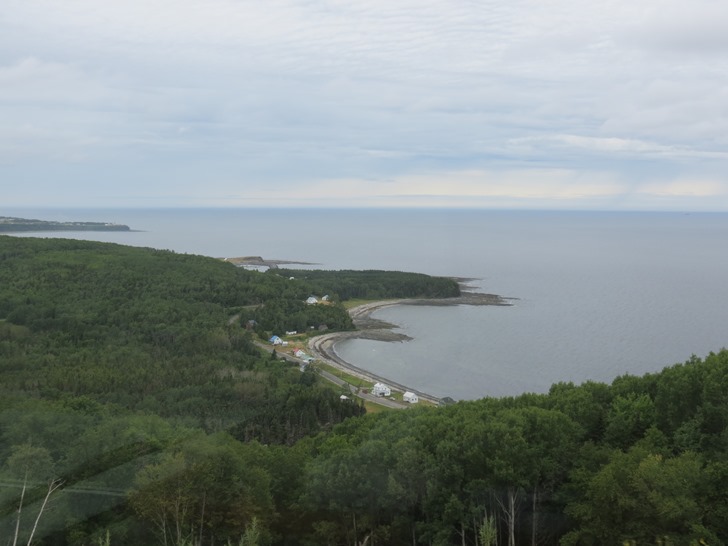 And then suddenly we were right down on the coast and the hills on the highway were no more. 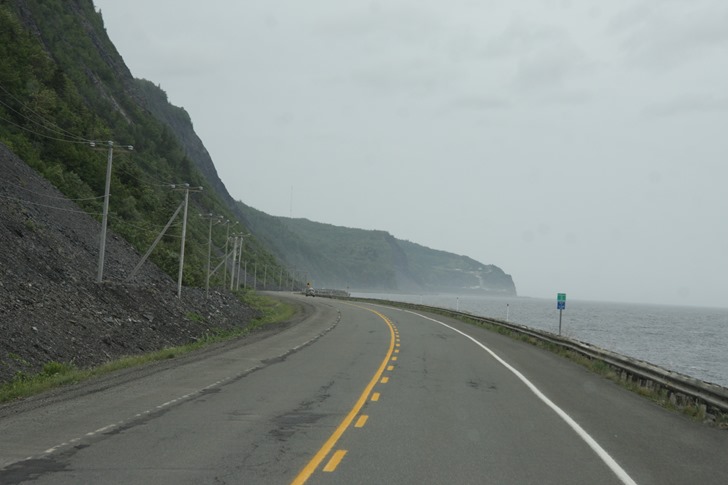 I think the hills were just too high and steep for a road so they had to go around on the coast. It certainly made the driving easier. 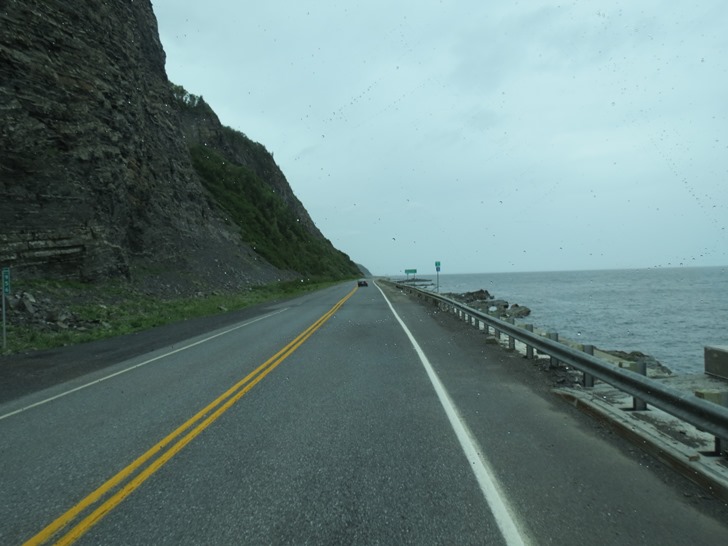 We stopped for lunch along the beach in the village in this cove. 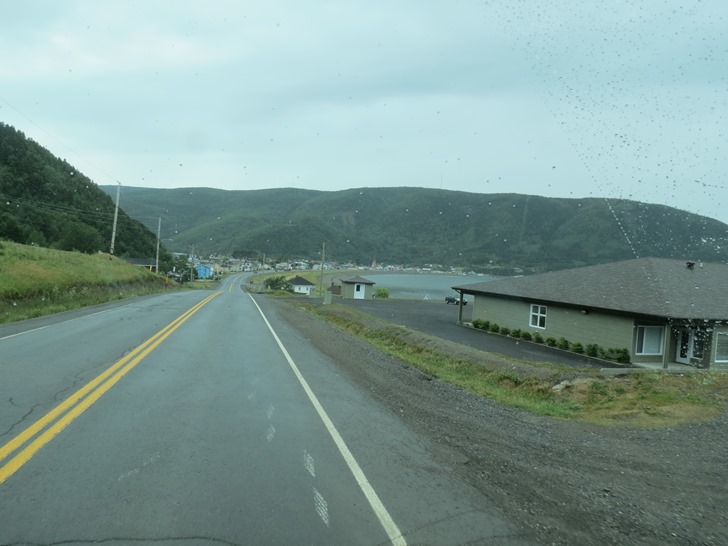 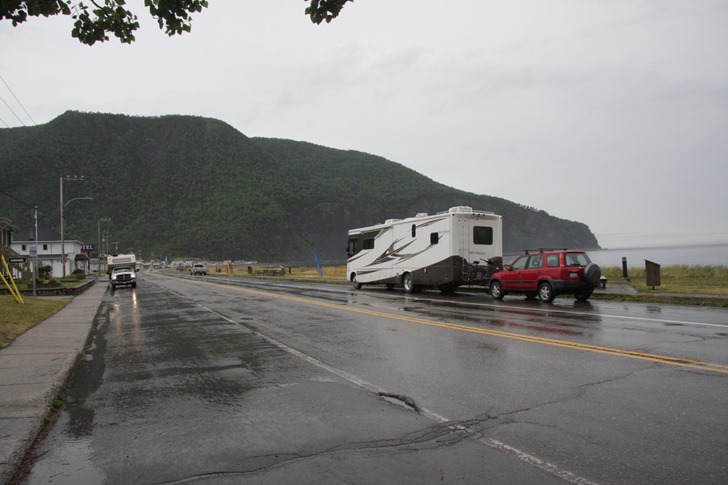 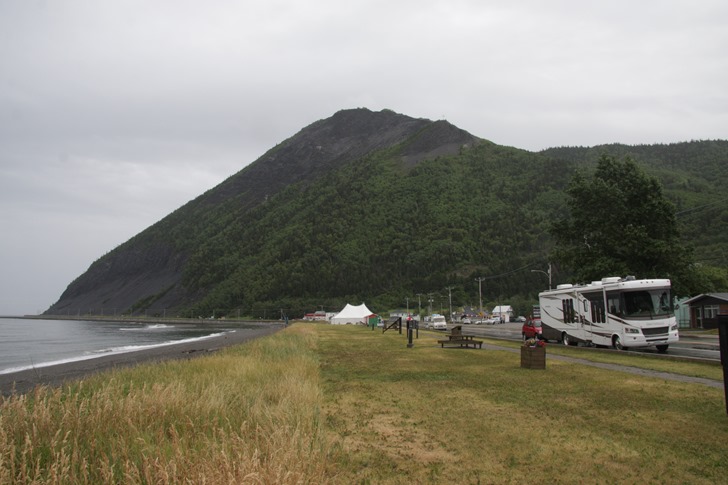 We saw signs along the highway to be careful about high waves washing over cars. I guess it was a real problem in this one area as they were putting up a seriously large breakwater. 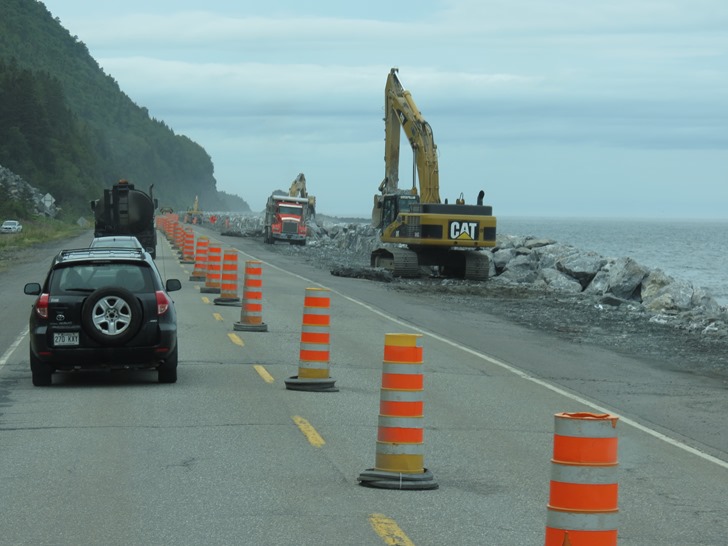 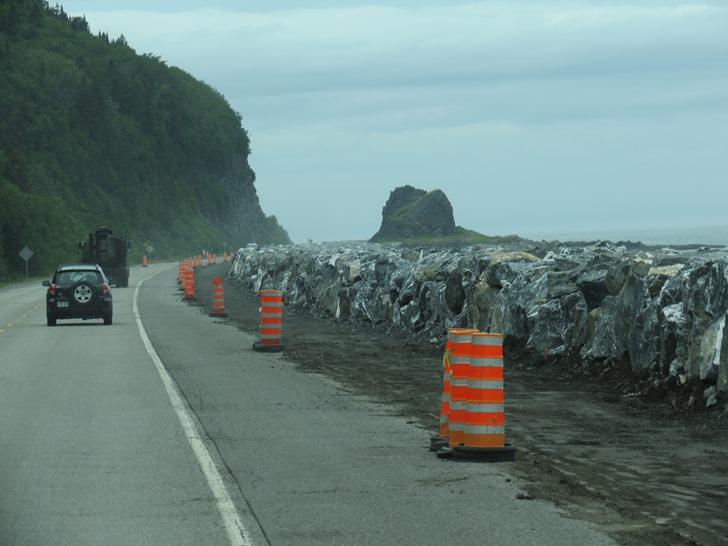 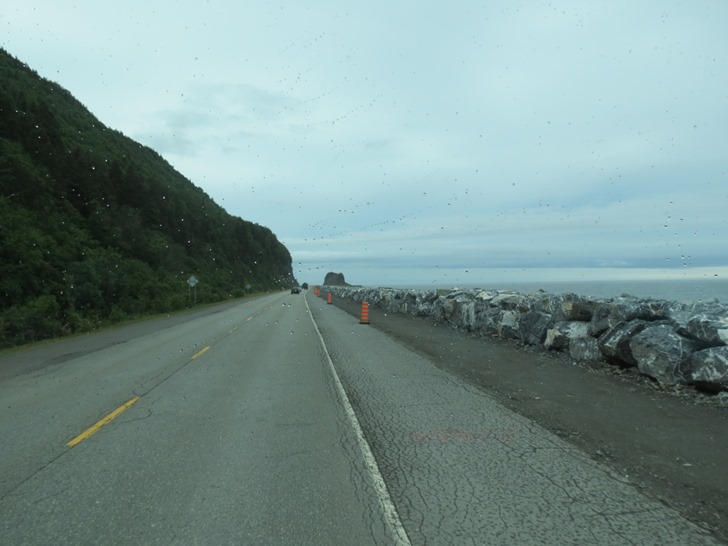 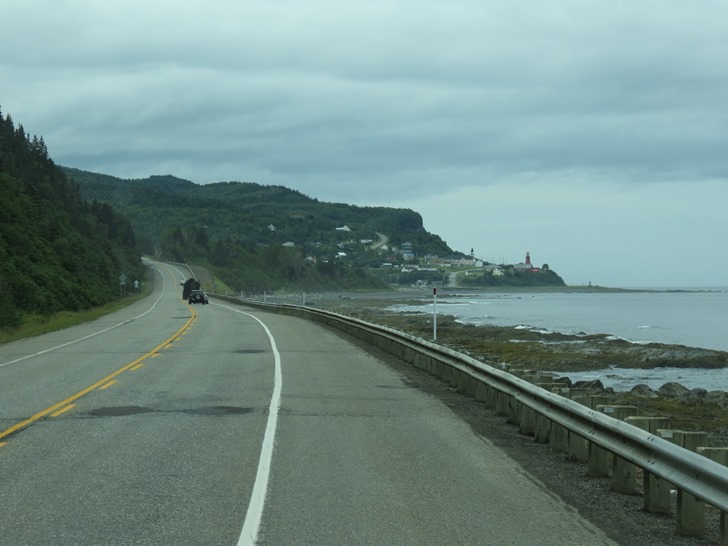 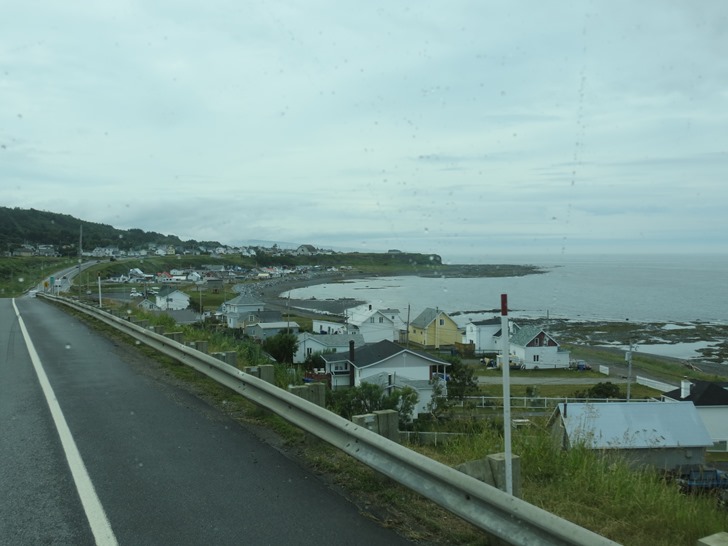 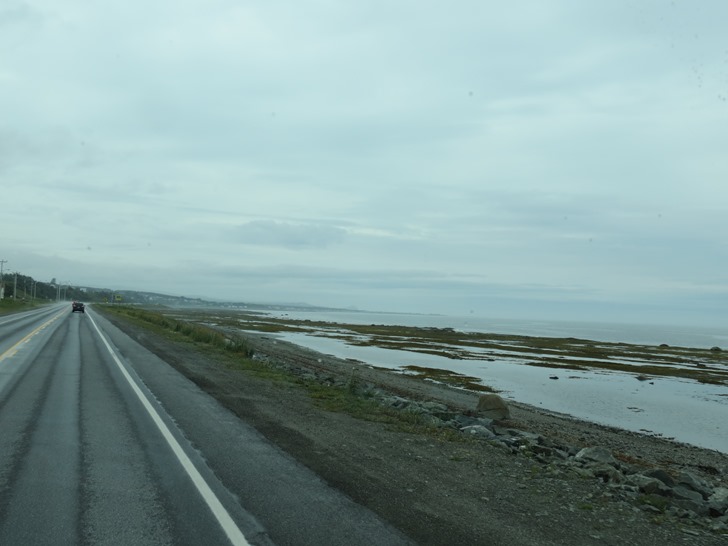 Here is the elevation profile of the drive.

We are now at the Walmart in Rimouski. When I went up on the roof and took this panorama there were 29 other RVs and they are still coming in.

Everybody seems to make themselves right at home. 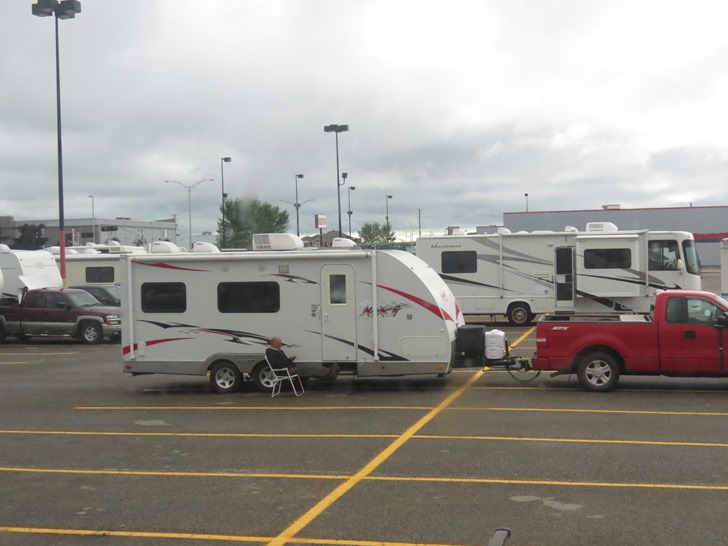 There is also a cow carrier on a farther down the lot. I hope he doesn’t stay or at least the cows go to sleep because their mooing is very loud.

We saw a St. Hubert Chicken in the lot. We hadn’t had any since they abandoned Ontario years ago. It was actually very good.

It was a much easier driving day than I thought but it sure would have been nice to see that gorgeous coast in the sun.

Late update: The cows are gone.