It is our last day in PEI and it was kind of grey with a prediction of rain in the afternoon. We decided to do the 30 minutes drive across the island and walk around Charlottetown.

We had a map with a bunch of walking tours you could do around downtown and the waterfront. To follow each trail you just watch for the appropriate coloured lies painted on the side walk. We decided to do the one that follows a boardwalk along the shore and then loops back through downtown to the car. 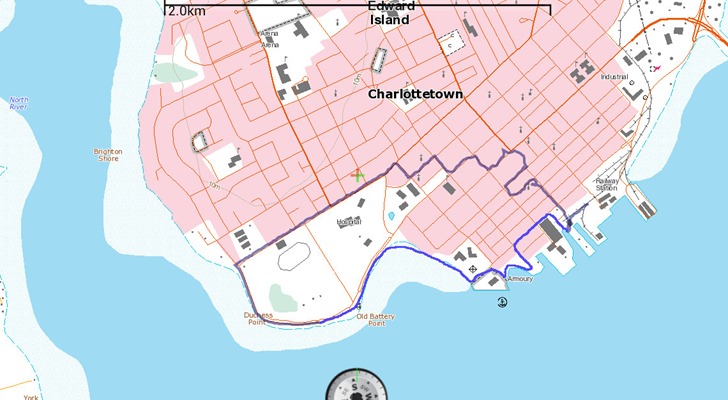 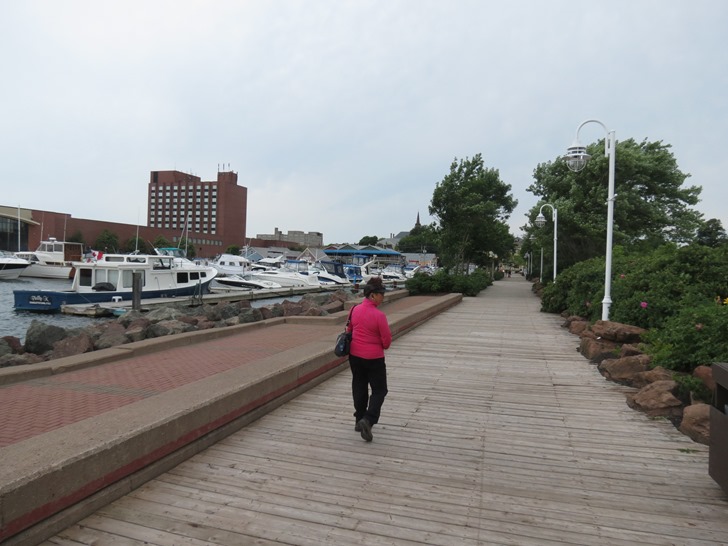 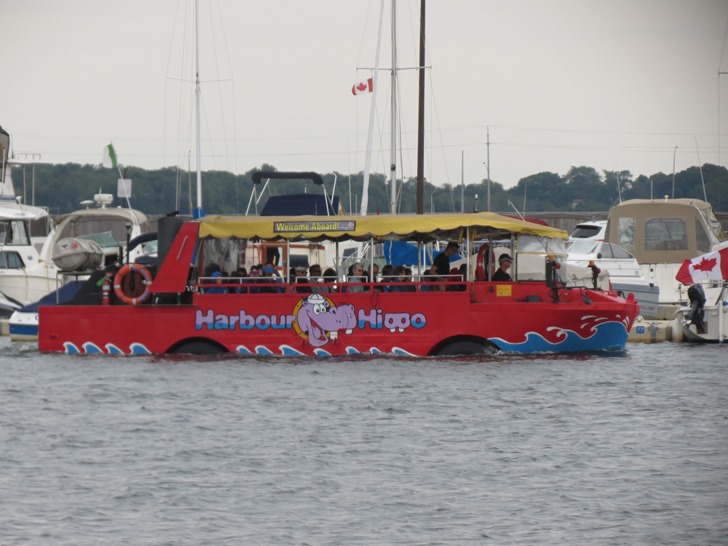 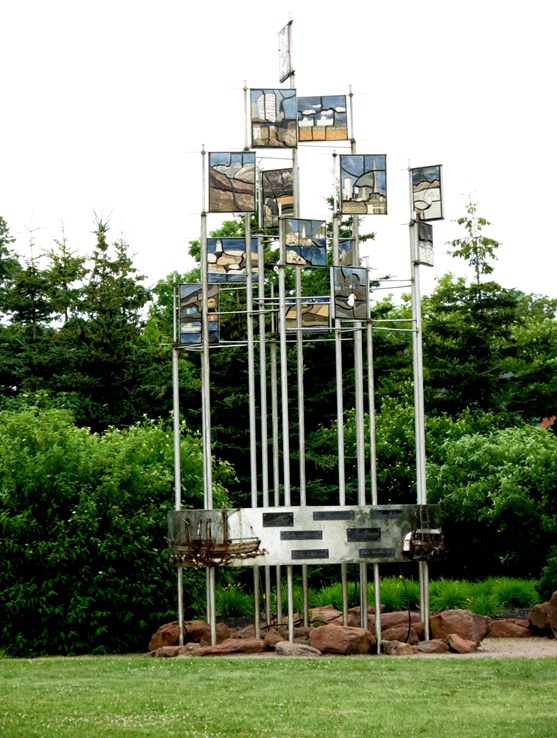 There was the usual collection of gift shops at the start. Jennie saw this as an idea of what to do with all her collected shells. 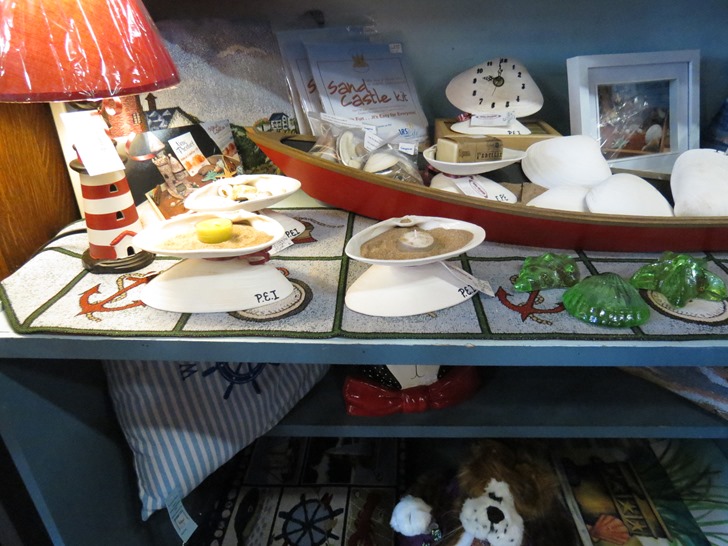 They were working on part of the boardwalk so we walked through a residential neighbourhood with all these great old houses. 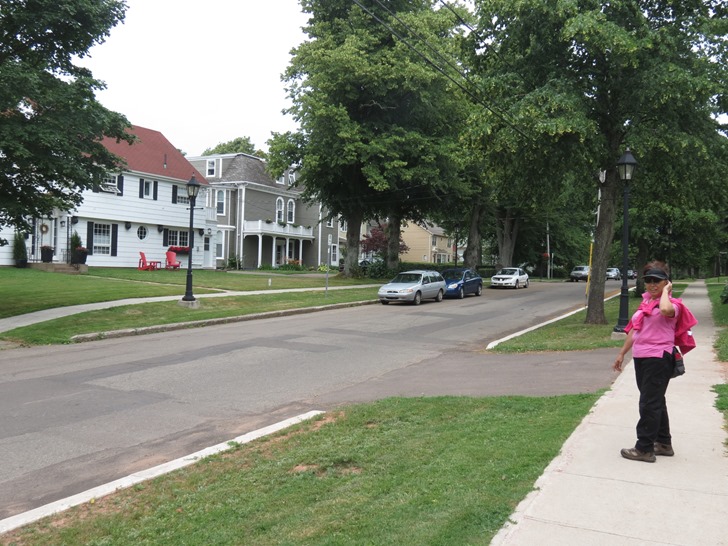 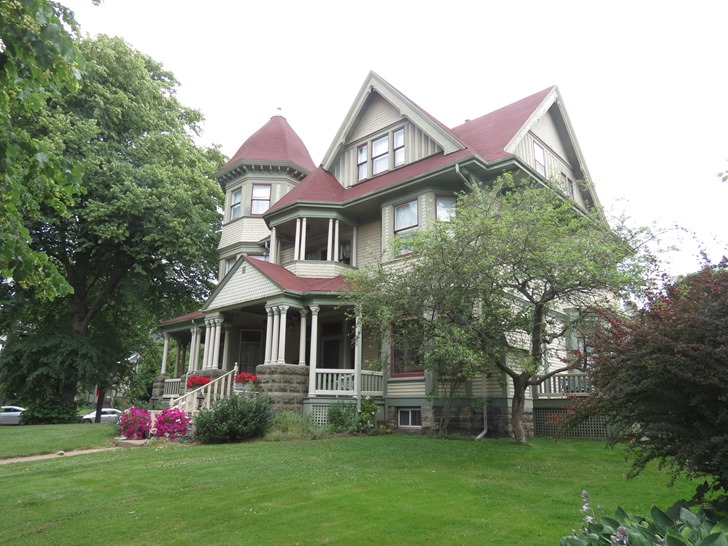 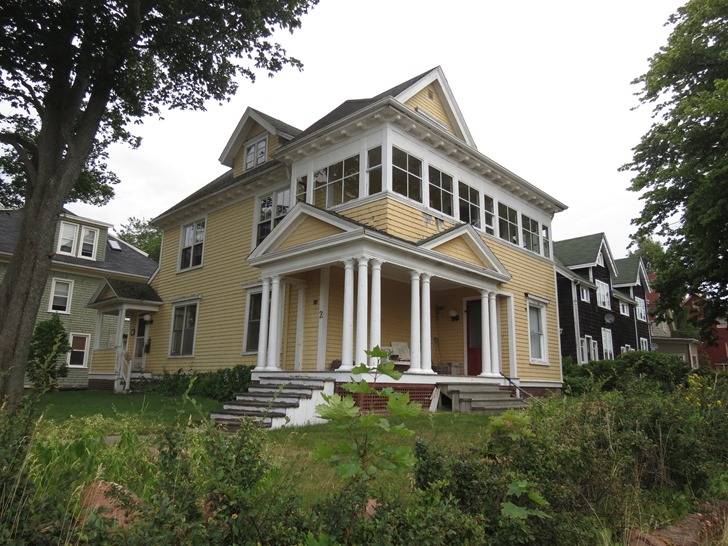 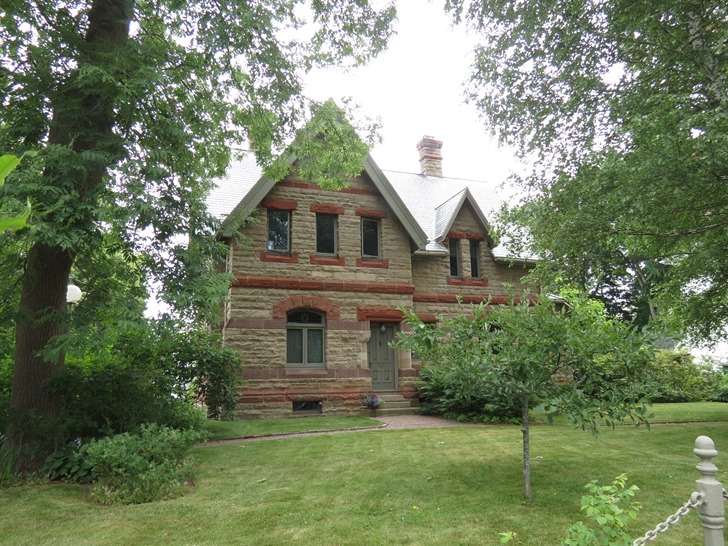 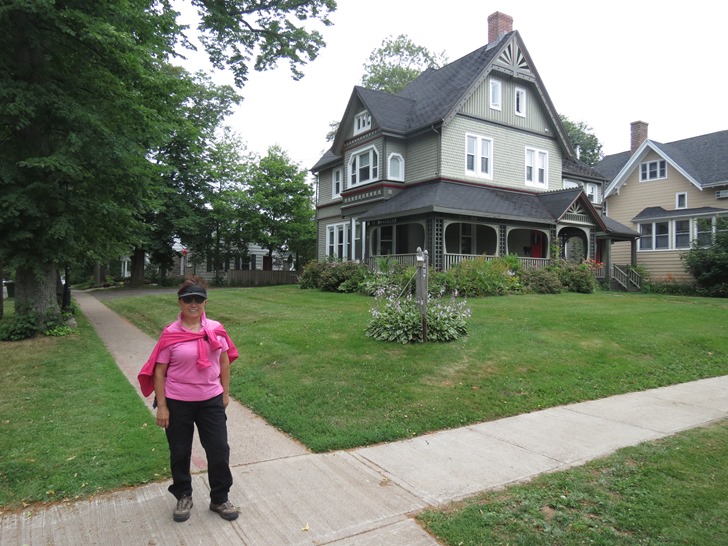 Back on the boardwalk we spied these tiny boats off in the distance. At first I thought they were toys. 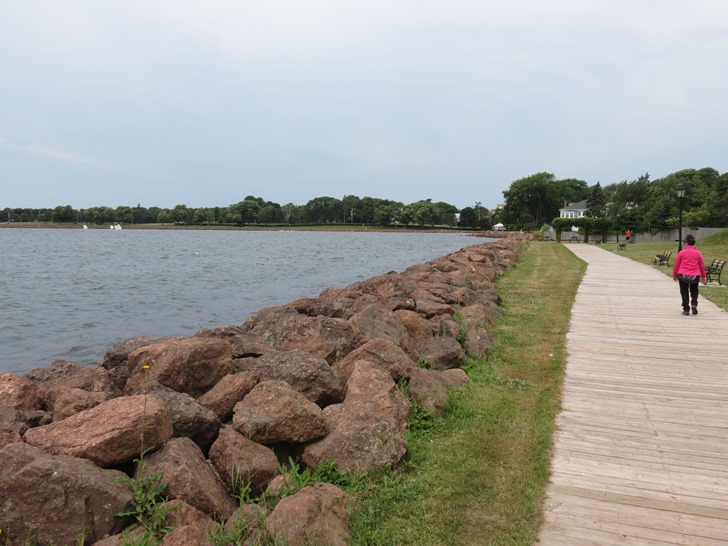 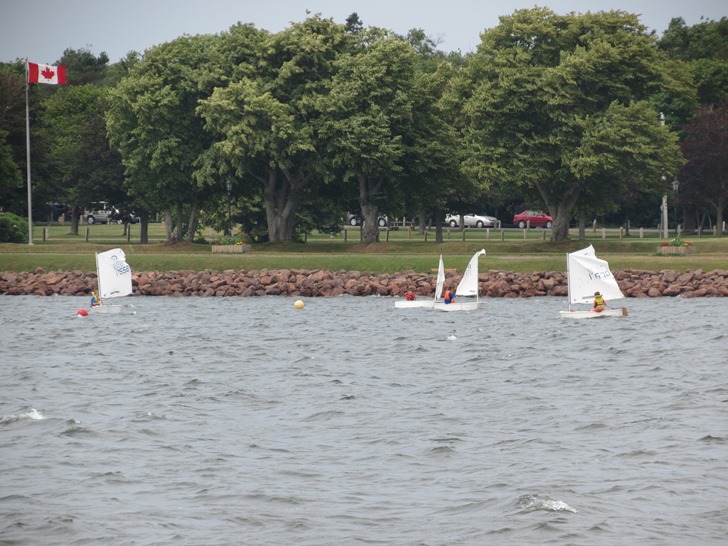 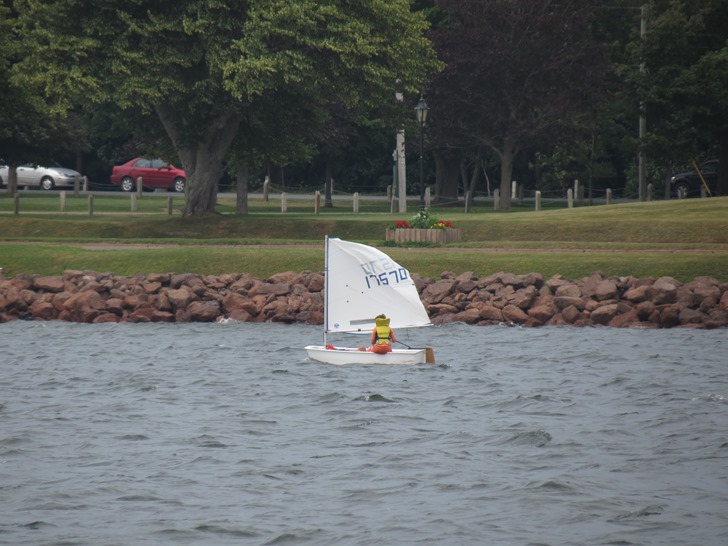 A bit later we saw them being pulled around in a snaking course by their coach / instructor. I am not sure what the point of it was. 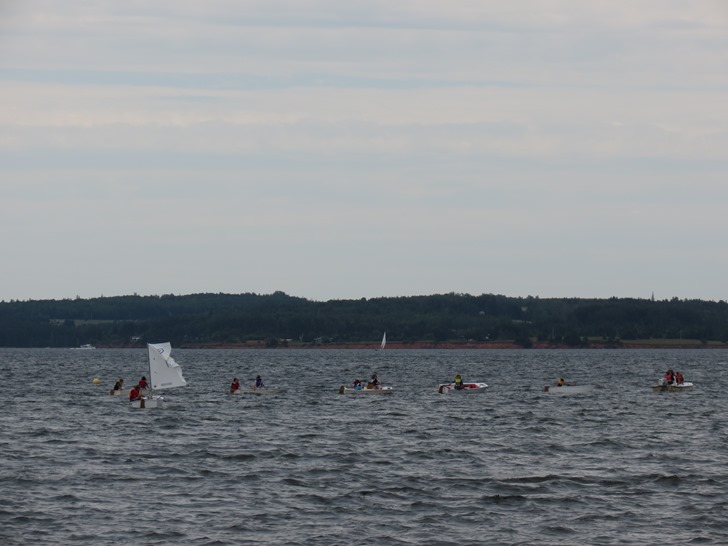 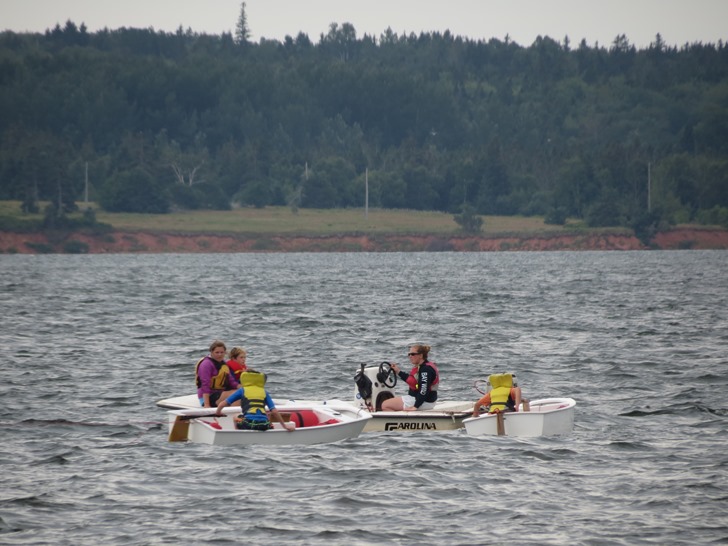 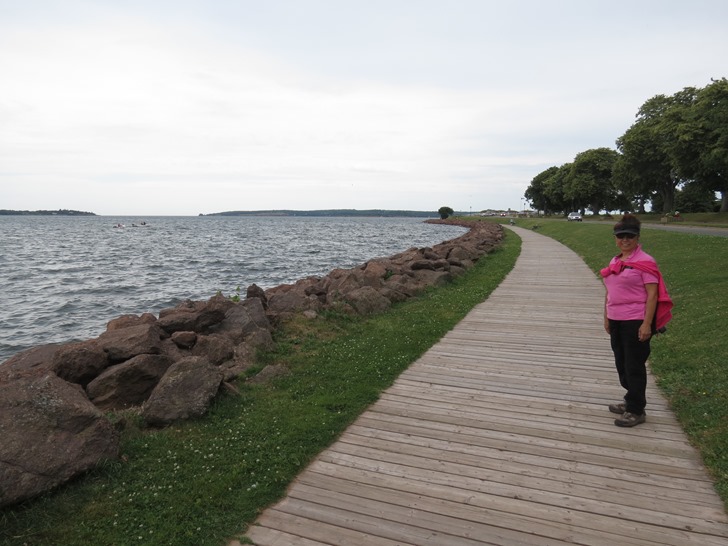 We had lunch on a bench just below this old gun emplacement. 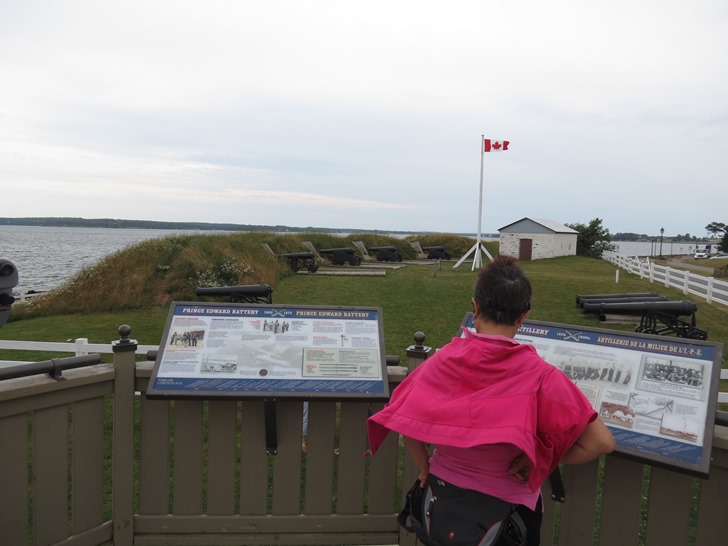 The hippo on its way back. 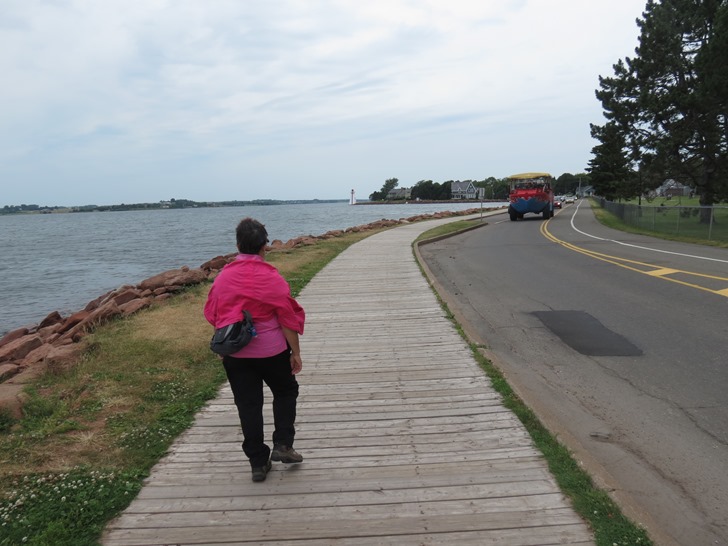 At the end of the boardwalk, it was back beside some old houses. 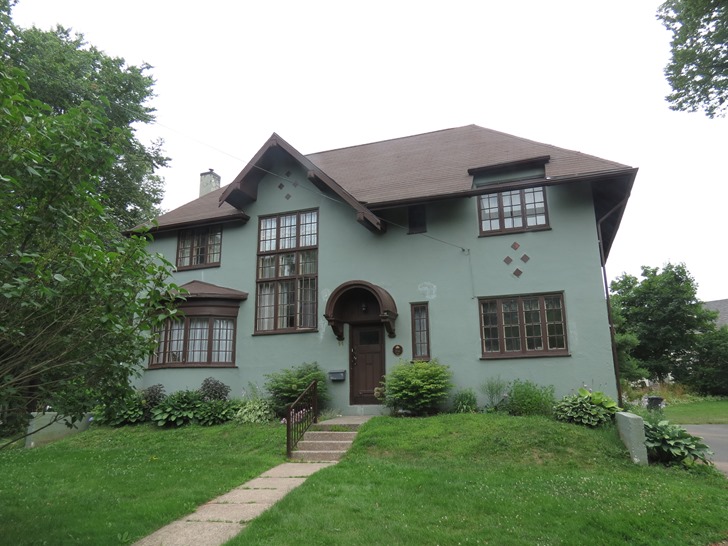 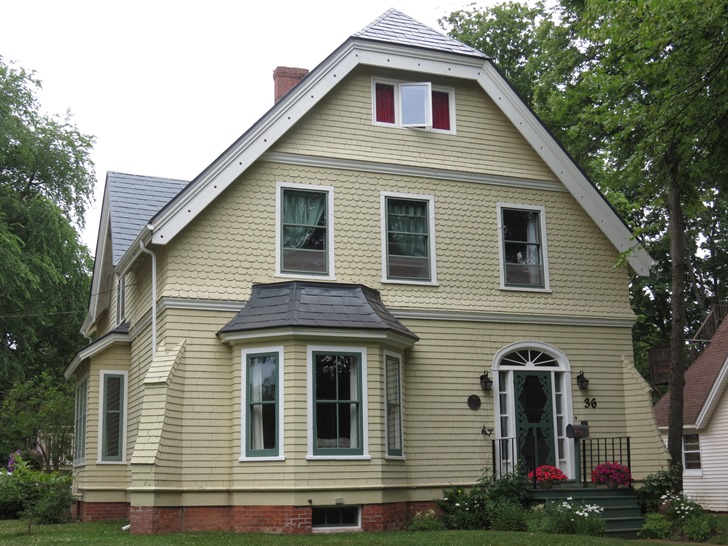 Into downtown and a view of city hall. 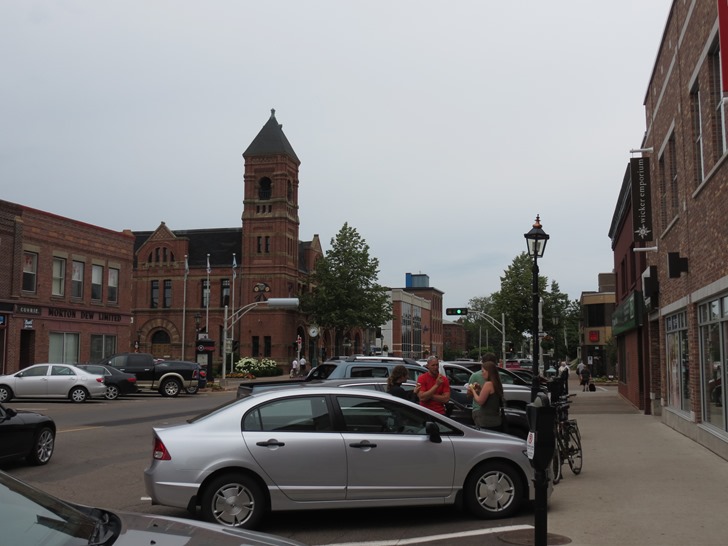 A pedestrian mall with a bunch of bistros next to the main theatre building. 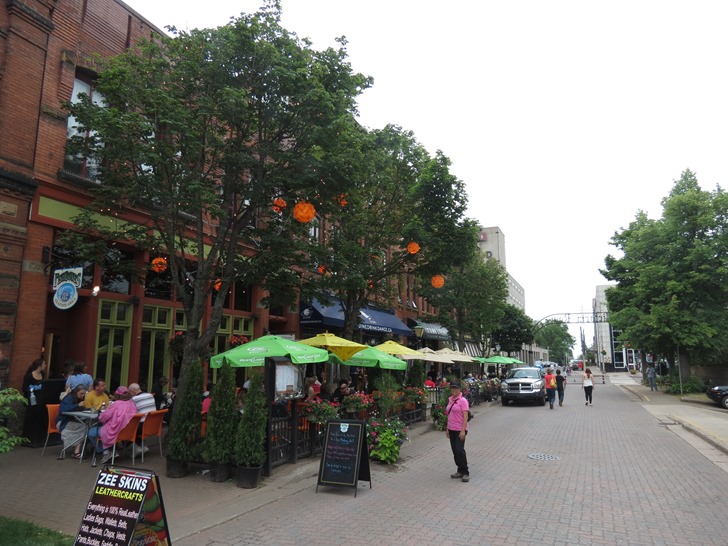 We had seen this cathedral poking above the skyline so we went to check it out. 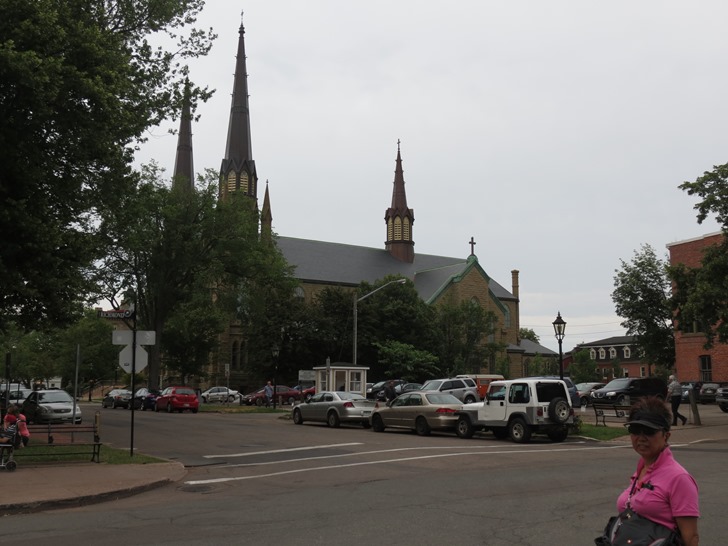 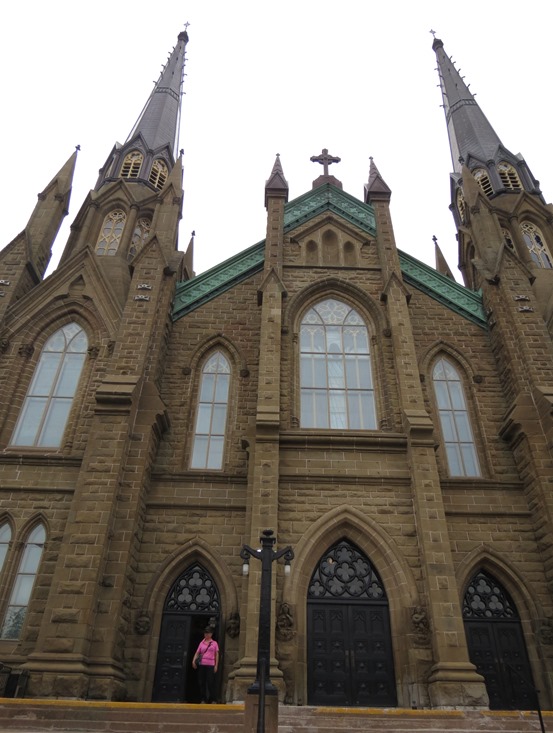 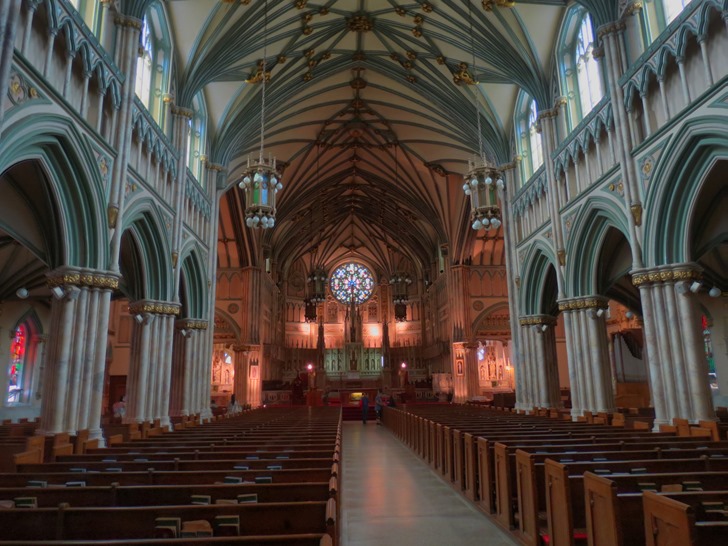 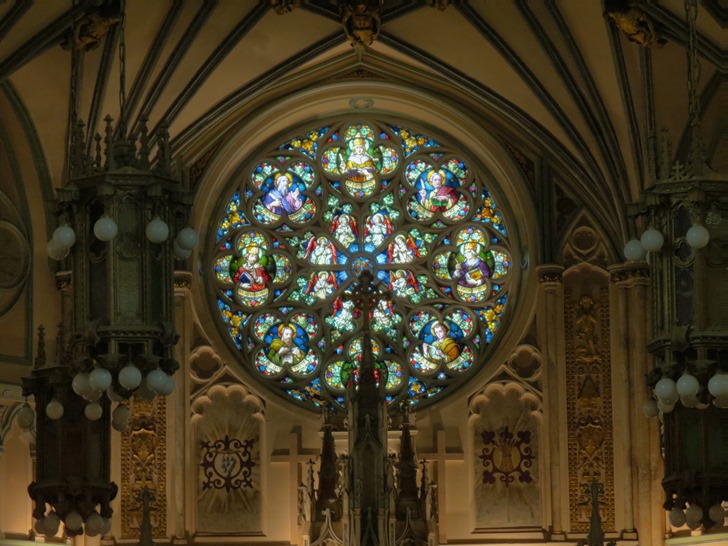 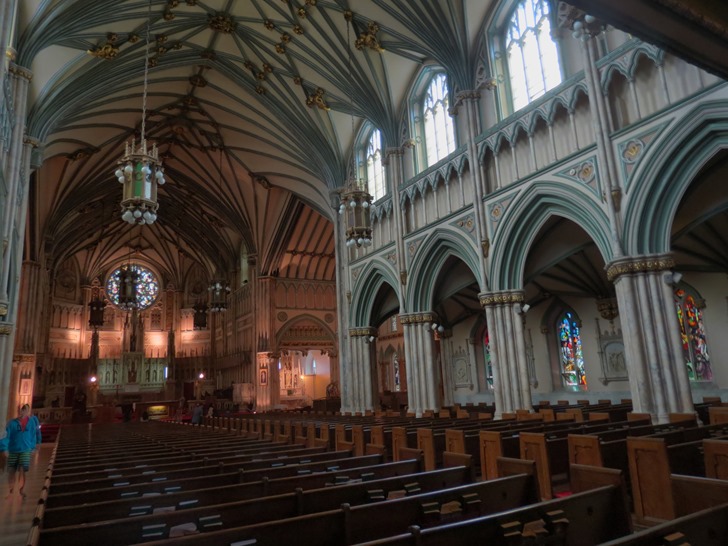 Up until now the rain had held off. As we left the church it started sprinkling. The car was only a few hundred meters away so we headed back, stopping for the requisite over priced ice cream along the way.

On the way into town we had passed by a Wal-Mart so that was a mandatory stop on the way home. While Jennie was in there I went to get a long needed haircut.

In a bit of an “It’s a small world” story, the lady doing my hair asked where I was from. I told her and she asked what part. I asked if she knew Toronto and she said she had visited a few times. It turned out that her brother had lived about 1/2 a kilometer from us on the street we use to come in from Lawrence, but in the 50’s before our house had even been built. I knew exactly where he had lived. We talked about the changes between then and now.

Driving back to the RV the rain got harder and harder. Again, almost as soon as we got back, it started pouring down and it has not let up since.