It was kind of a gloomy day with a forecast of rain in the afternoon. I picked the Coppermine Trail because it was marked in the easy class and it was only about 5 km so we could get back if the rain did come. It was described as having forest and coastal views, which we like. It was also close to Wolfe Point which has a very long shallow bay that is a great place to watch the tide move in and out. Low tide today was at 2:20 so I figured we might watch after the hike.

To get there we crossed this covered bridge at the entrance to the bay. 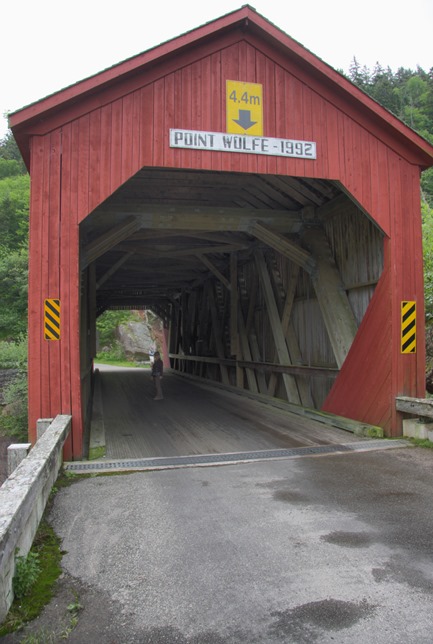 As you can see this one is fairly recent, being built in 1992, the next in a long succession of older ones.

There also used to be a saw mill here with some of the remains in the picture below. 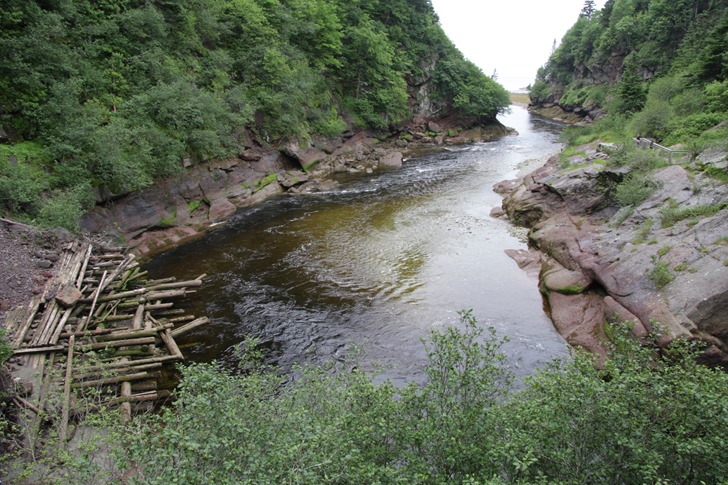 The Coppermine trail is a lollipop, meaning it has an out and back start leading to a loop. 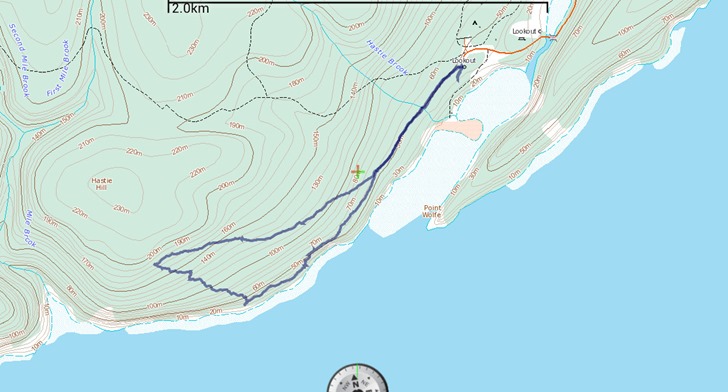 The handle was nice and wide and fairly flat. We crossed several bridges over some picturesque streams. 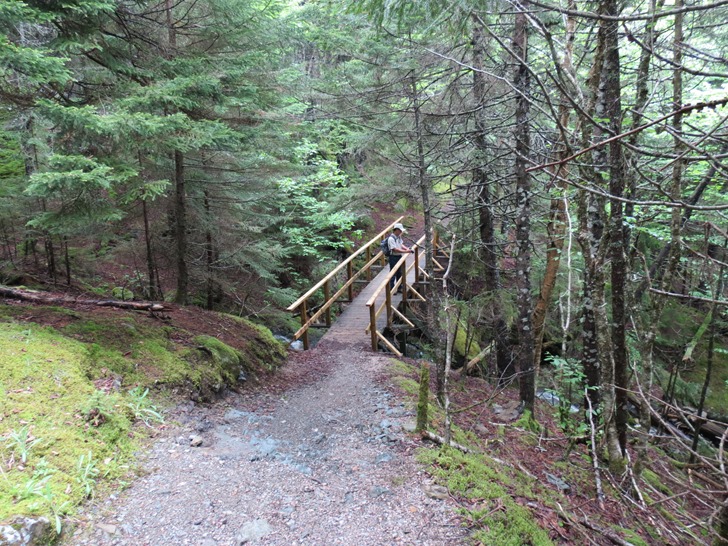 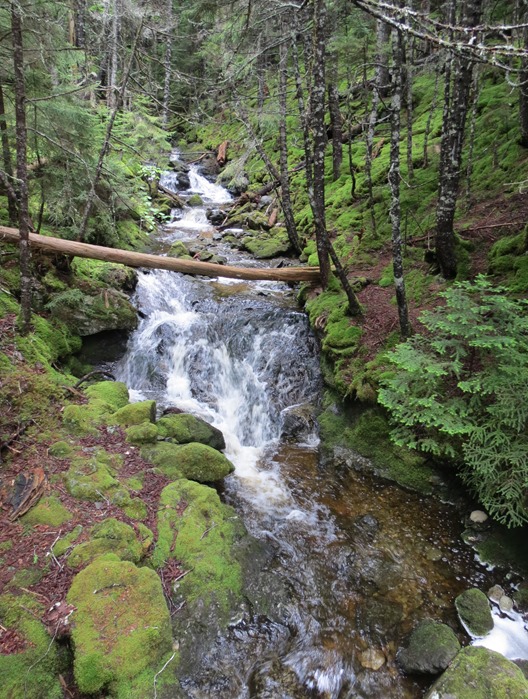 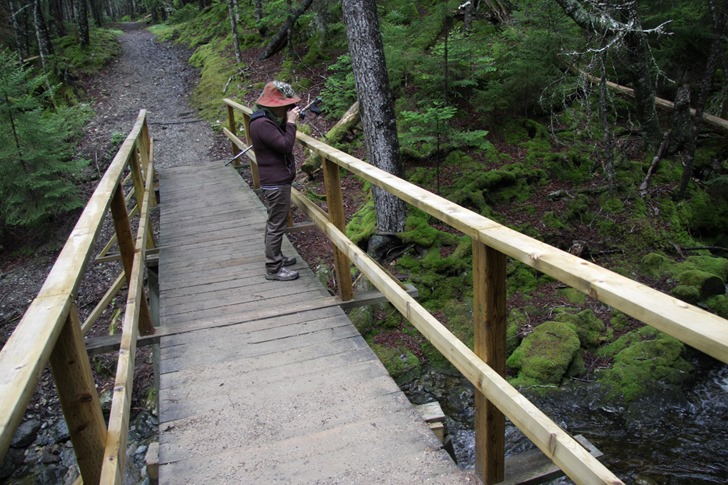 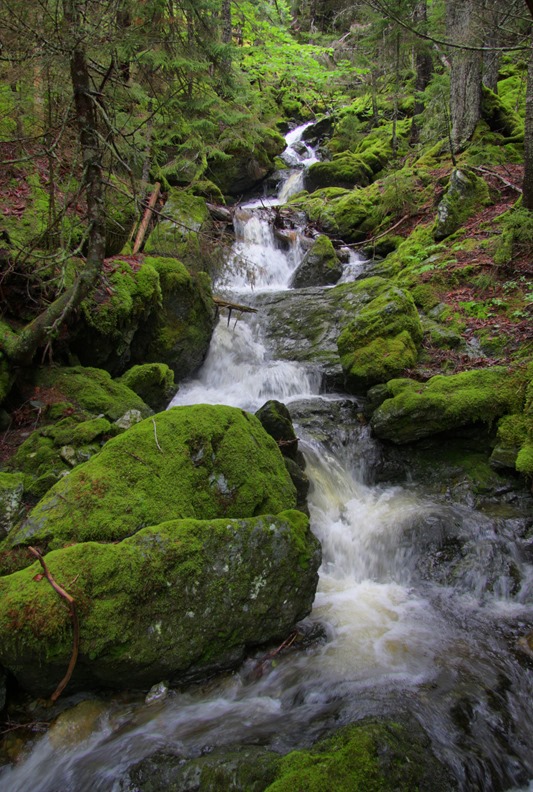 Once we got to the loop we went counter clockwise as suggested on the info board at the start. This section was all uphill. It wasn’t really steep but it was constant up and the trail was in much rougher condition. It was a bit slick from all the rain we have had in the last while. 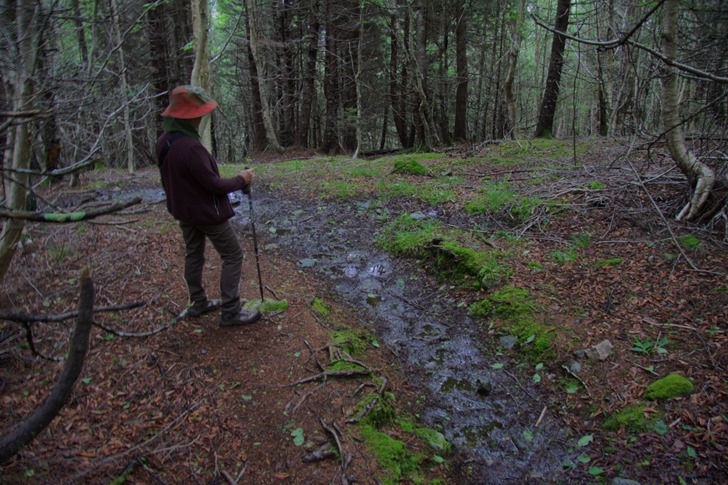 There were no more bridges here. 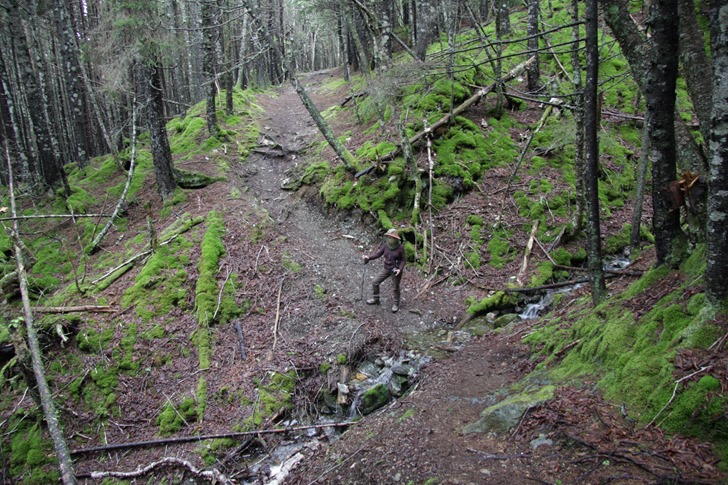 Once we got to the top of the hill and loop we found the copper mine, such as it is. A pile of rocks and a sign. 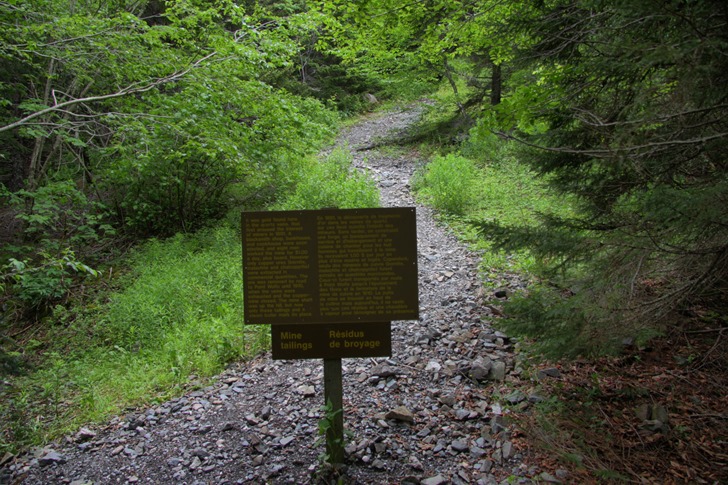 From here the trail went very steeply downhill towards the coast with only a few zig zags where it was REALLY steep. I am glad we took the suggested direction. It would have been much harder going up this section than down. 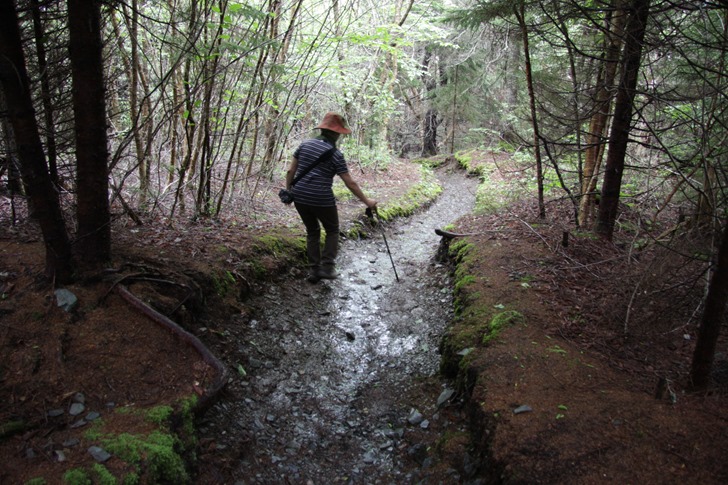 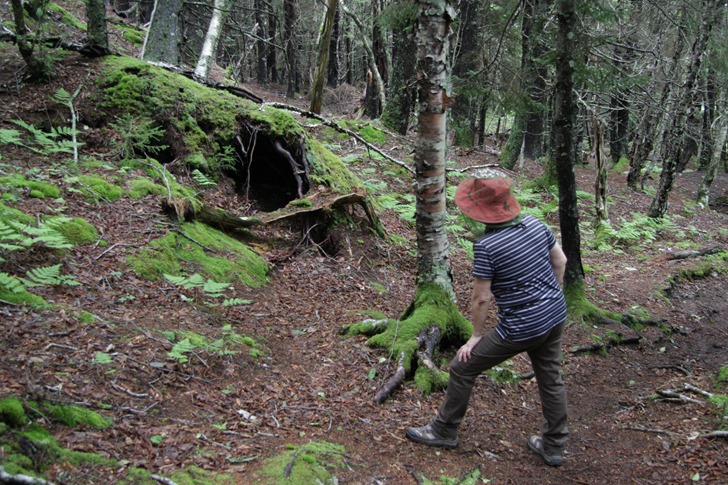 We reached a set of steps just before a lookout at the bottom. We are still pretty high up and from here you couldn't see the coast below you. The water was also flat calm so we decided to move on rather than have our lunch here. 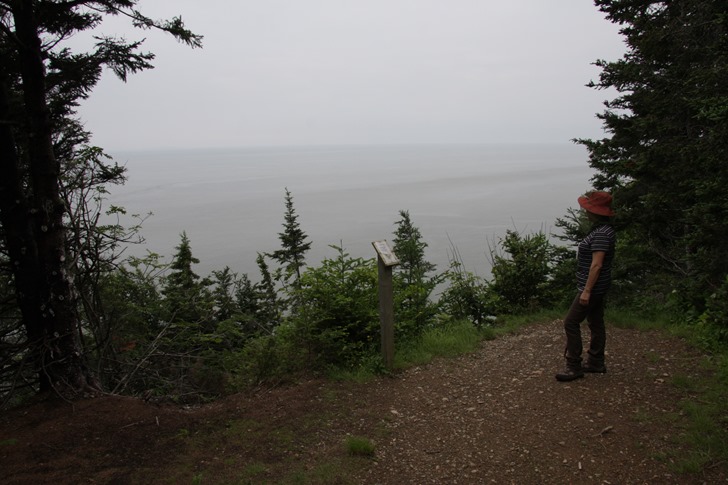 The bottom of the loop stayed high up on the cliff but was fairly flat. Only a few dips to re-cross all those streams. It was still pretty muddy with lots of roots. 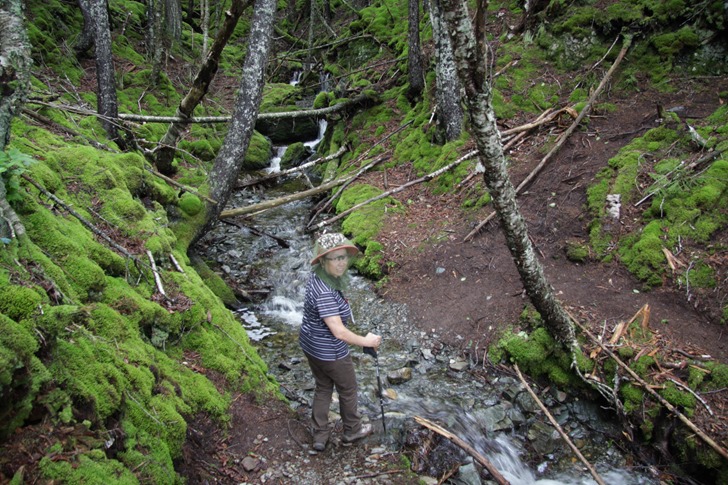 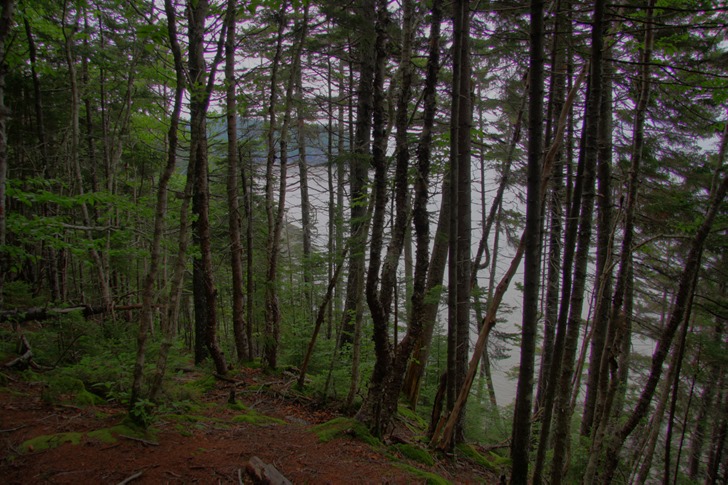 This was our best view of the shoreline. 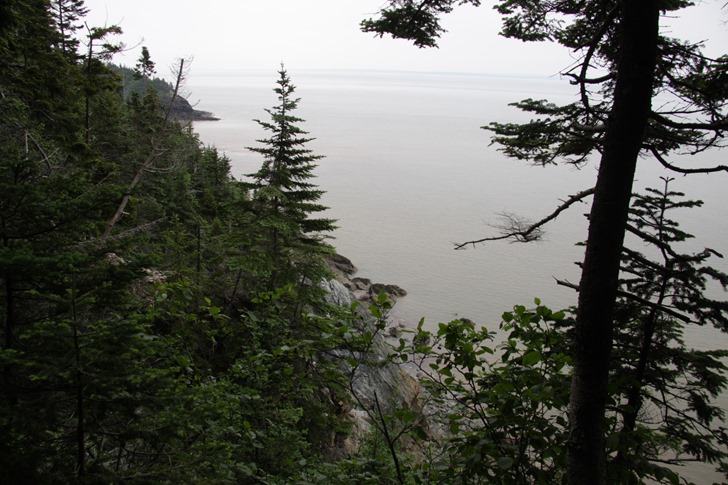 And back to the car. The bugs have been bad here so Jennie has her net on all the time. 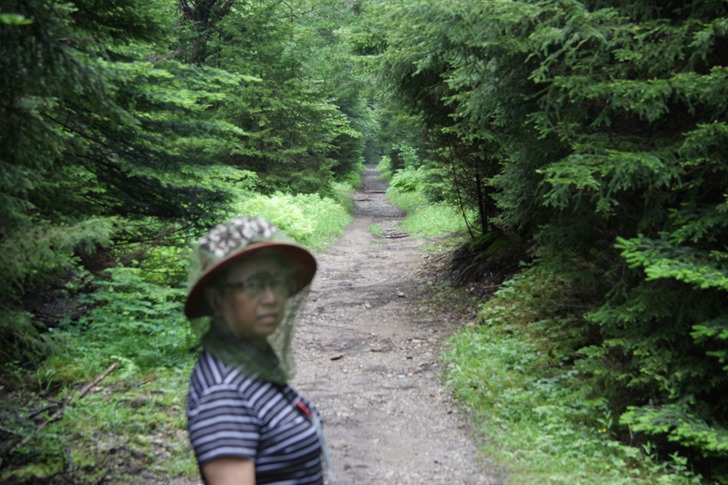 It was not the best hike we have been on. The views were just not there and if this was an easy one we will have to see what the moderate ones are like. I know there are better ones here and we have lots of time to try them.

There was a lookout over the bay right next to the parking lot. We took our lunch, sat down and then the rain started. Once again we lucked out and it held off until we were back. We retreated to the car to finish lunch.

As the rain kept getting harder we decided to watch the tide in the bay another day. Instead we drove to the small town of Alma, just outside the park. We saw a lobster store and had to investigate. 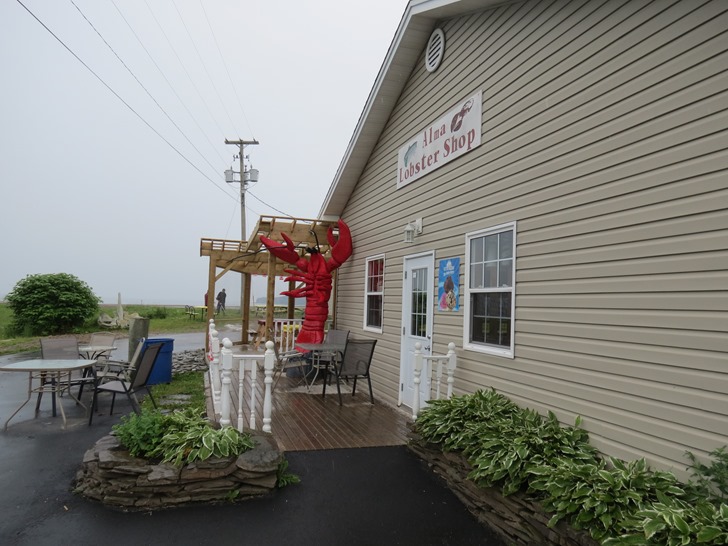 They had some huge ones in a tank. The one below goes from my hand to the corner of the tank. 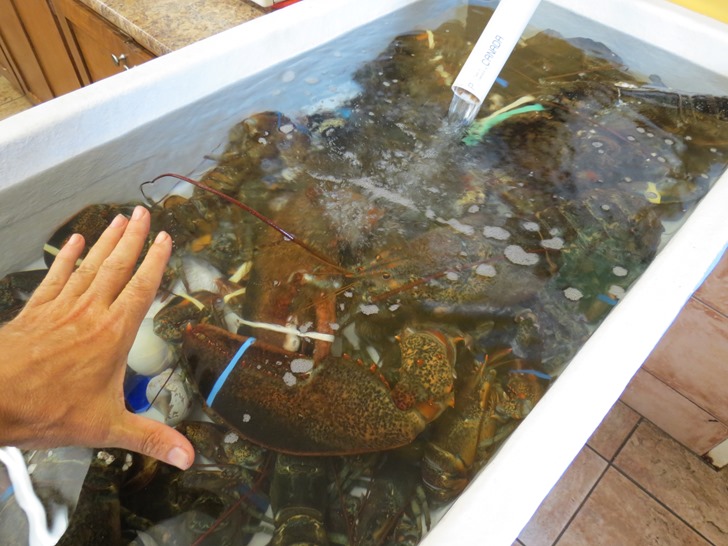 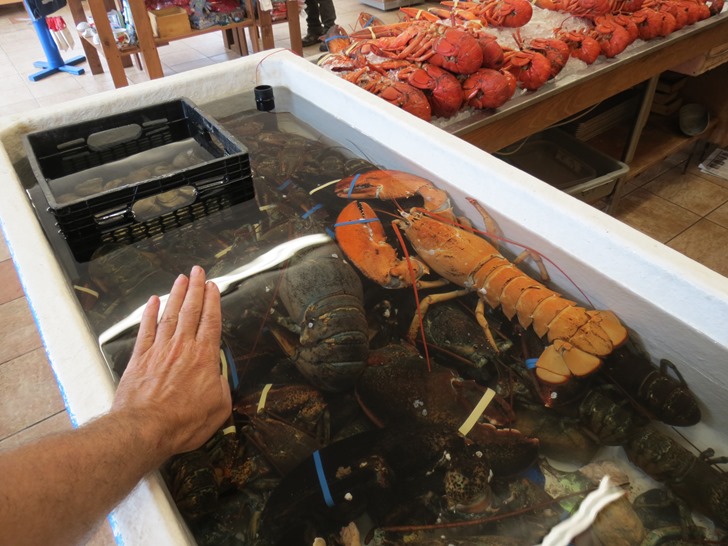 We bought some packaged lobster meat, smoked salmon and of course, a cup of ice cream.

The rain kept up all afternoon. Not hard but constant. I think it has finally stopped this evening. The forecast for tomorrow is a mix of sun and clouds. It seems like it has been quite a while since we have had a blue sky sunny day.