It is a short post but it was a long day of driving. We did almost 600 km. The weather started out rainy and very foggy but by late morning it was bright and sunny. There wasn’t much to see so we just kept going.

We were on two lane route 132 for a short while. 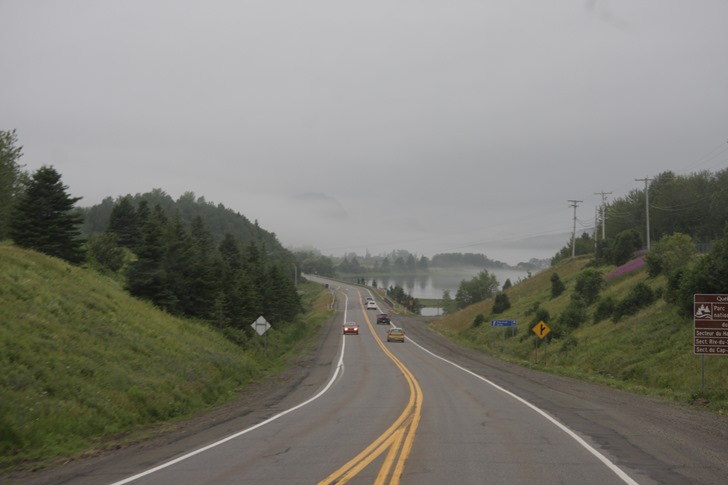 Some fog wrapped islands shot quickly as we went by. 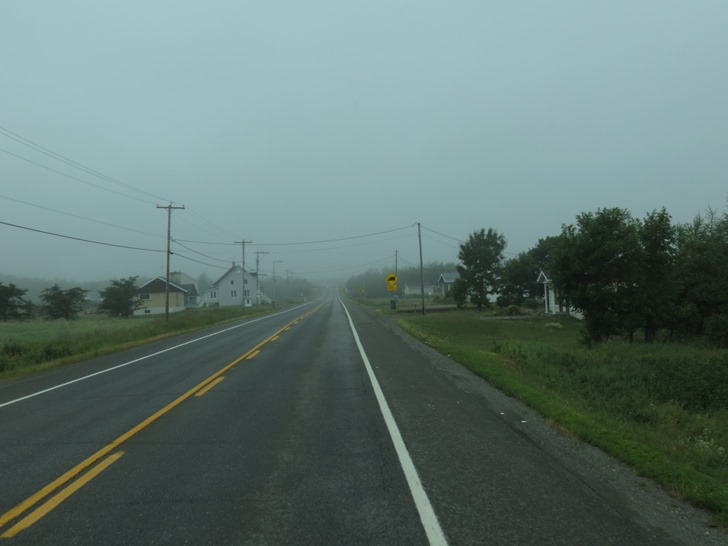 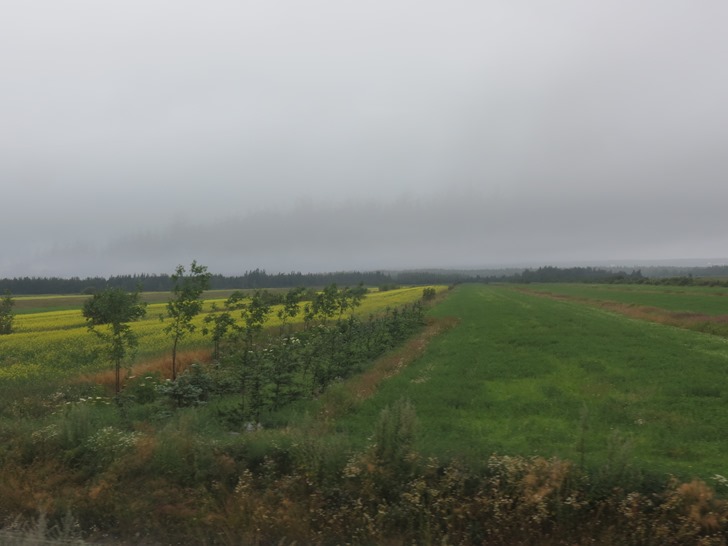 Then we got on the 4 lane divided AutoRoute 20 to see lots of trees. 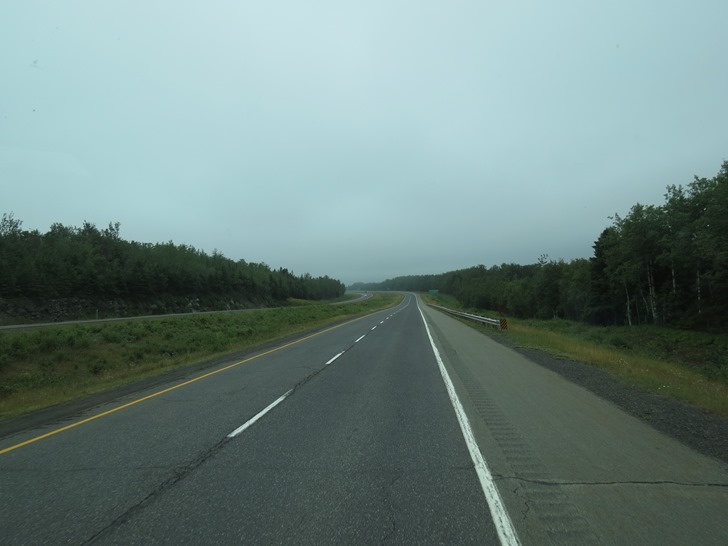 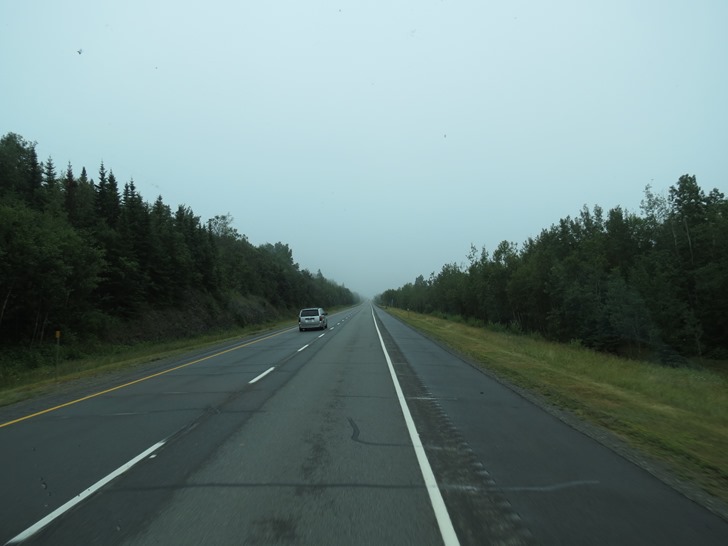 We occasionally saw the shoreline. 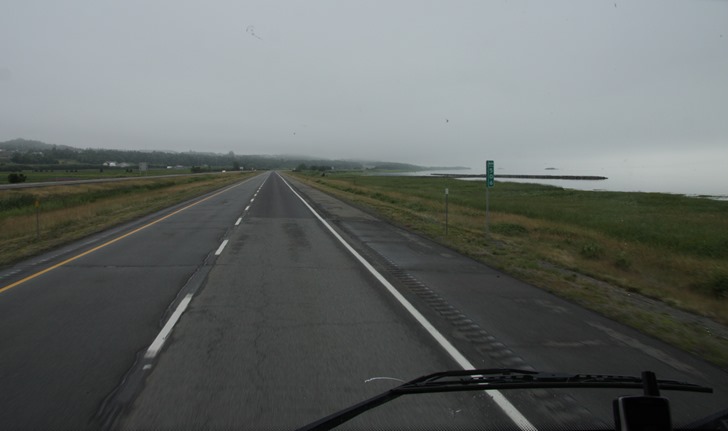 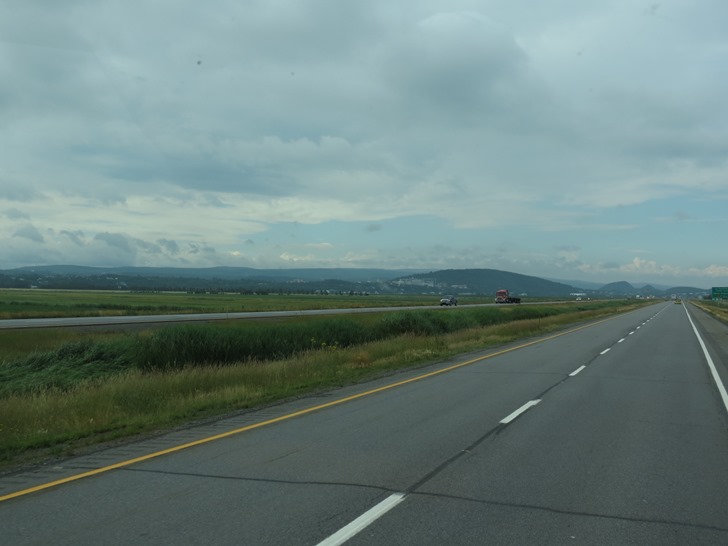 We even got some peeks at the north shore of the gulf of St. Lawrence. 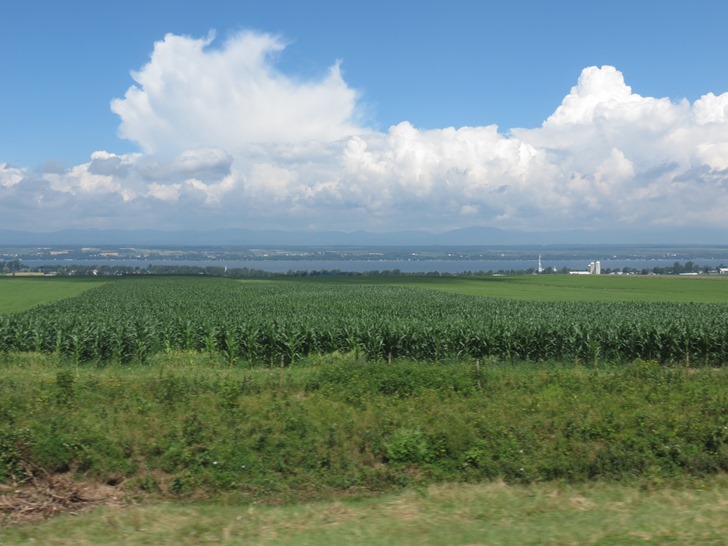 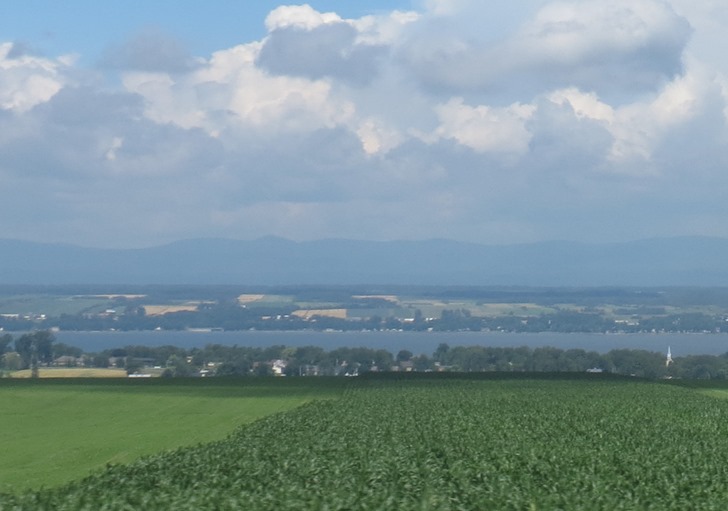 We had lunch at this rest stop on the highway, along with a lot of others. 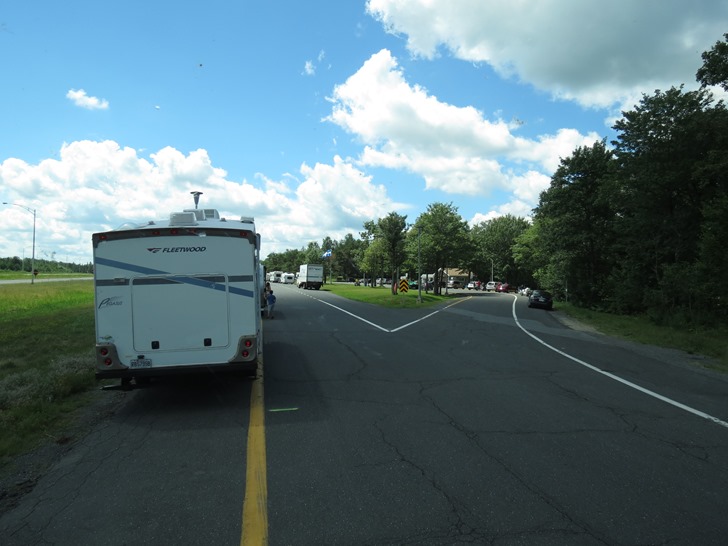 We saw the bus factory with all its inventory parked outside. 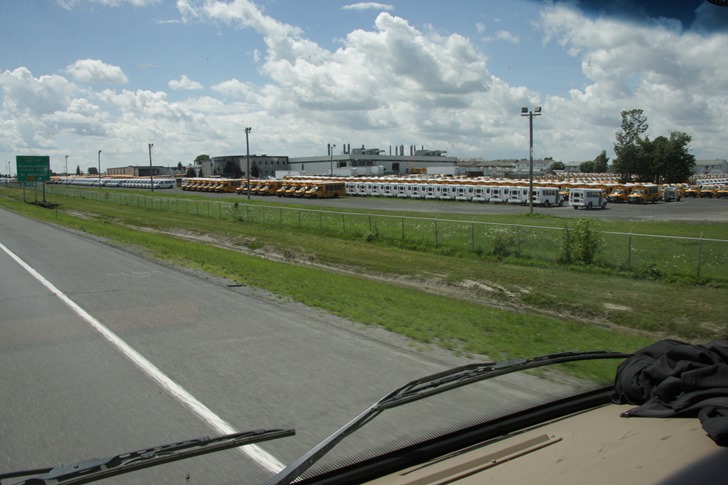 We went through Quebec City at about 11:30 and it wasn’t too bad. Just more traffic but no slow downs.

We got to Montreal about 2:30. If there is one place that always makes me nervous when I am driving it is Montreal. The narrow lanes, high speed and aggressive drivers. Today was just the normal amount of scary and we made it through OK.

Speaking of aggressive drivers, I saw something I had never seen before. There were two cars just ahead of us in the slow lane and someone in the fast lane gradually overtaking them. A taxi comes blazing up behind him and starts tailgating. The front guy taps his brakes to get him to back off. Bad idea. The taxi veered over to the outside shoulder accelerates to pass the first slow car (on the shoulder) and then cuts between the two slow cars back into the fast lane, cutting off the car there and then slams on his brakes. I am not sure how we all didn’t end up in a massive pile.

We are now parked at a Walmart in Vaudeuil which is just east of Montreal. We got here around 4. I thought about going farther but there is really nothing between here and Ottawa and I didn’t feel like driving that far, especially when we would get there in rush hour. 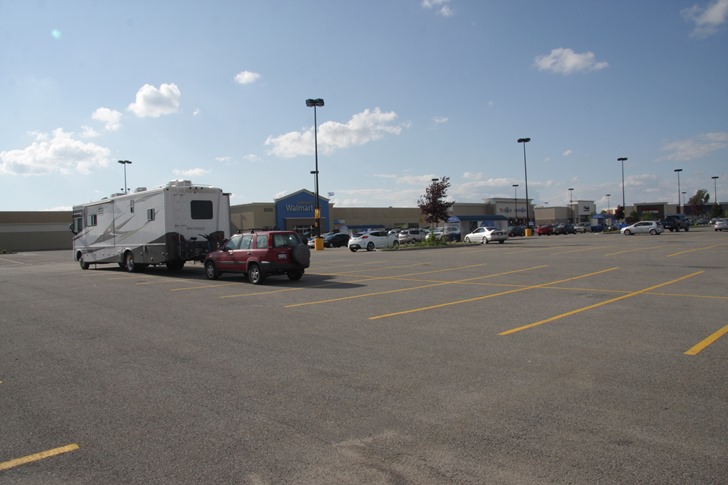 Whereas last night it seemed like we were in a busy campground, so far tonight we are the only ones here. I went in to customer service to make sure it is allowed.