Yesterday we pulled up stakes and headed to Channel-Port aux Basque where we were scheduled to catch a ferry back to Nova Scotia. There is a big parking lot in the middle of nowhere outside of Port aux Basque where all the RVers can park overnight to wait for the ferry at no charge. After we parked, a big caravan of about 20 RV joined us to wait. 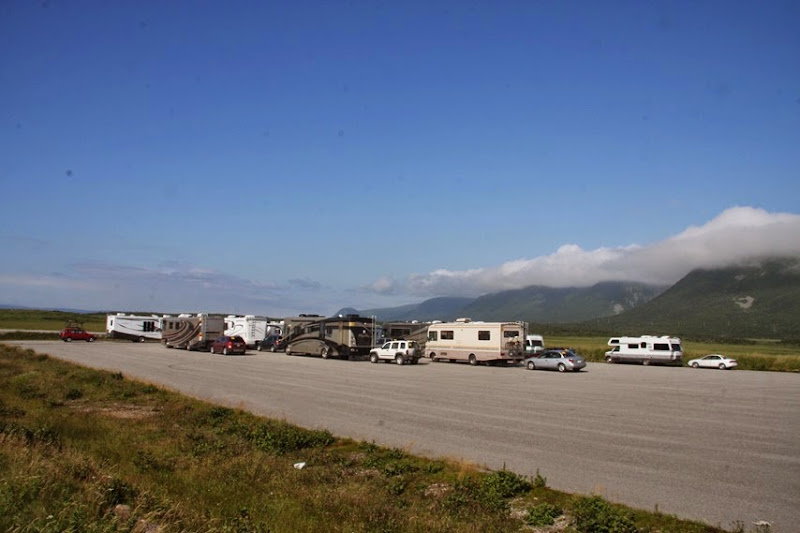 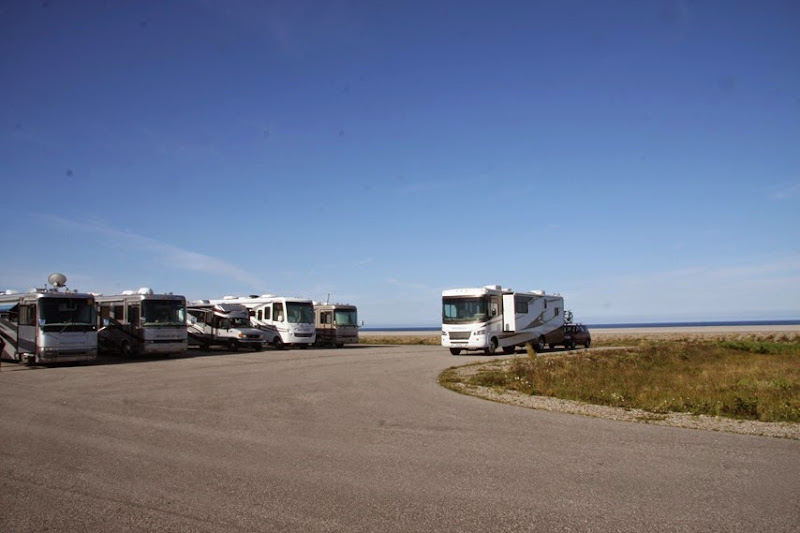 We had book the ferry several weeks ago for the 7:45am departure today Aug 1. After we arrived yesterday we got an email from the ferry company saying the departure would be delayed until 4:00pm. Since we had seen most of the sights around here we we just did a quick trip back to one of the close lighthouses and then went back to the RV to relaxed a bit. 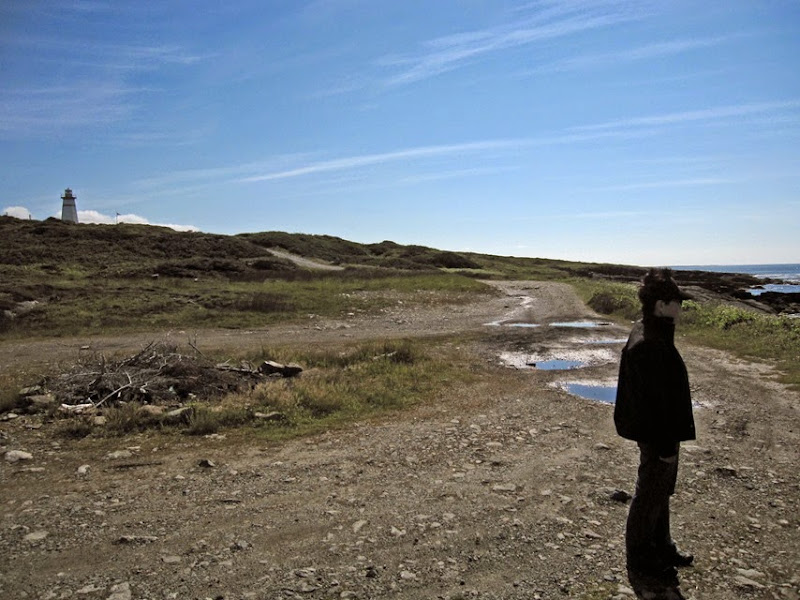 Then we got another email that the departure time was now 8:00 pm. I had booked a campsite at the North Sidney KOA so I called them to say we would be late and to not wait up for us to come in. Little did I know.

The ferry company said to get there about 6 so we got in line. 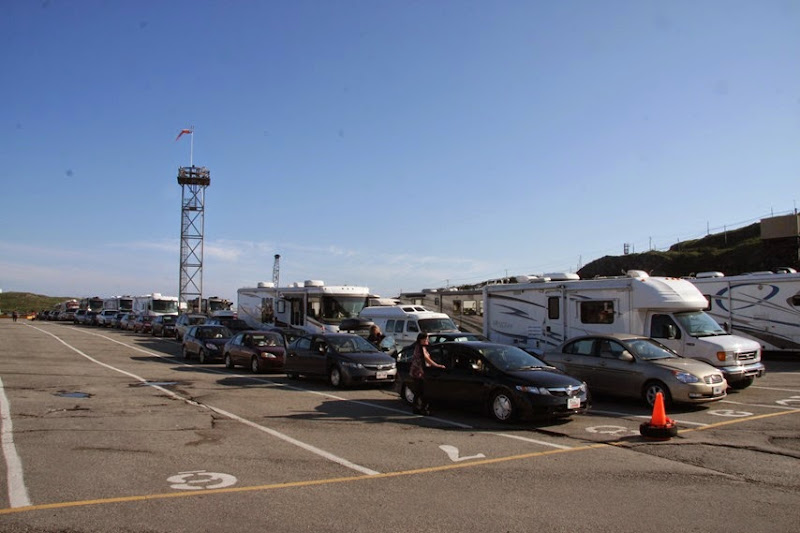 By the time the ferry arrived (even later) and every got off and we got on we didn’t leave until 10:30 pm. 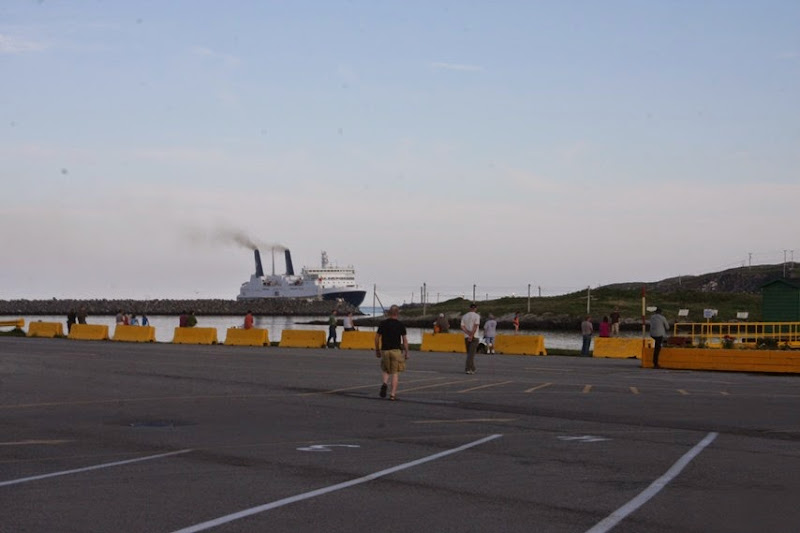 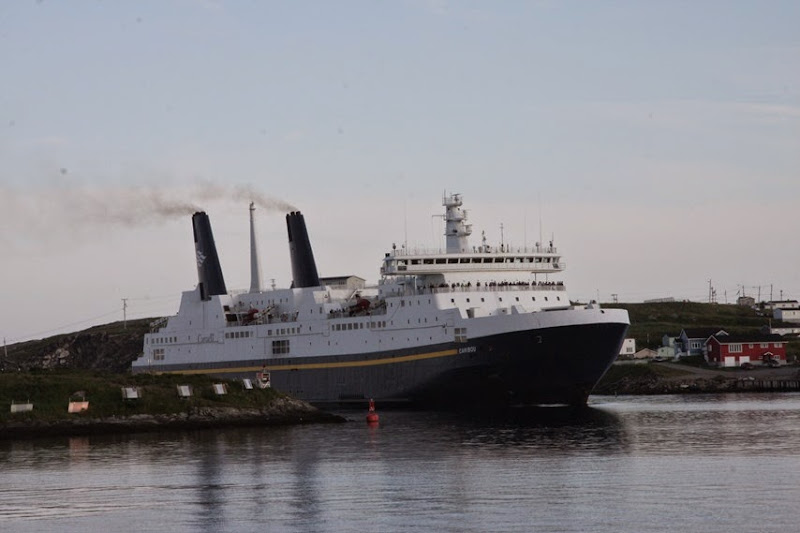 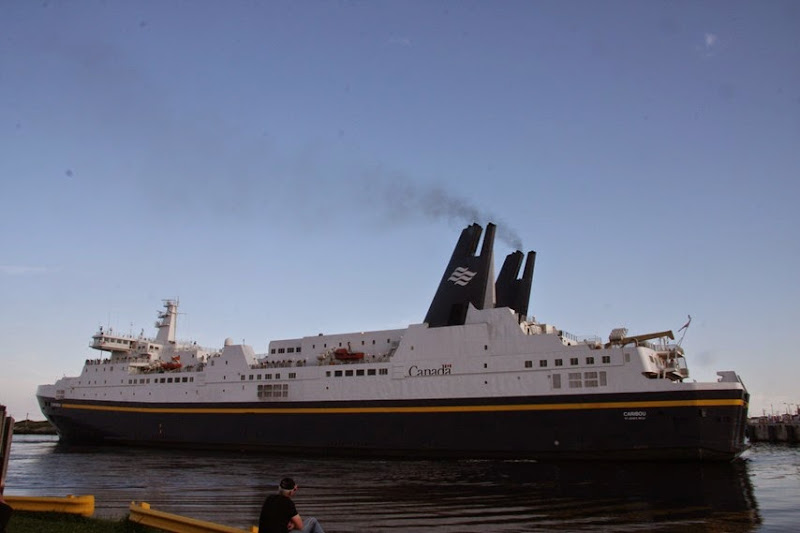 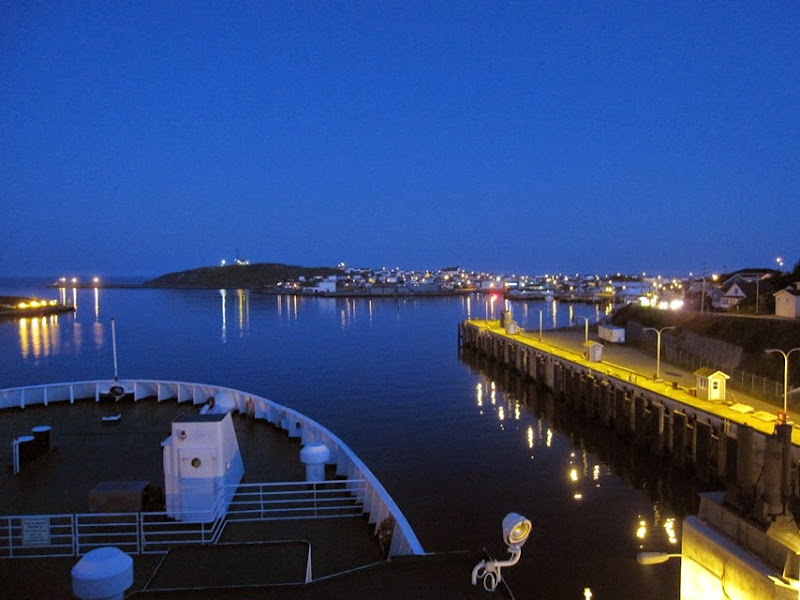 To top it all off today is our 28th wedding anniversary. With the early morning departure I had hoped we could get back to Cape Breton to go out for a nice dinner. Instead we were stuck inside the RV in the parking lot.

It was a long night. We had not booked a cabin because at $450 for the RV and us the cost was already bad enough. We both had a hard time trying to sleep in the chairs. We finally arrived at the Cape Breton terminal at about 4:00 am. Even better the people in the car in front of us slept in so instead of being almost the first ones off we were blocked until someone found them. Our line was the last one off.

We rolled into the campground about 5:00 am. At about 8 I went up to the campground office to ask if we could leave late to at least get a bit of sleep. There was someone booked into our site but they said they wouldn’t get there until later.

It seems that two of the 4 ferries were out of commission. Normally two run back and forth to Port aux Basque and two do the 14 hour run to Angentia nearer St John’s. They have been having trouble with the ferries all summer. At one point they were only running the Port aux Basque ferries and everyone had to make the extra 1000 km drive if they wanted to go to St. John’s.