We went to explore The Citadel, the fortress guarding the Halifax Harbour. We bought these annual passes for the season for all the historical sites in Parks Canada ($60 per family); this attraction alone was $24 for two people and we have used it a few other times already. There were tour guides and staff all decked in period costumes, i.e. gunners, the wife of an officer, blacksmith, etc. We walked around the star-shaped perimeter, peeked at the military museum, listened to a short concert of pipers and drummers. 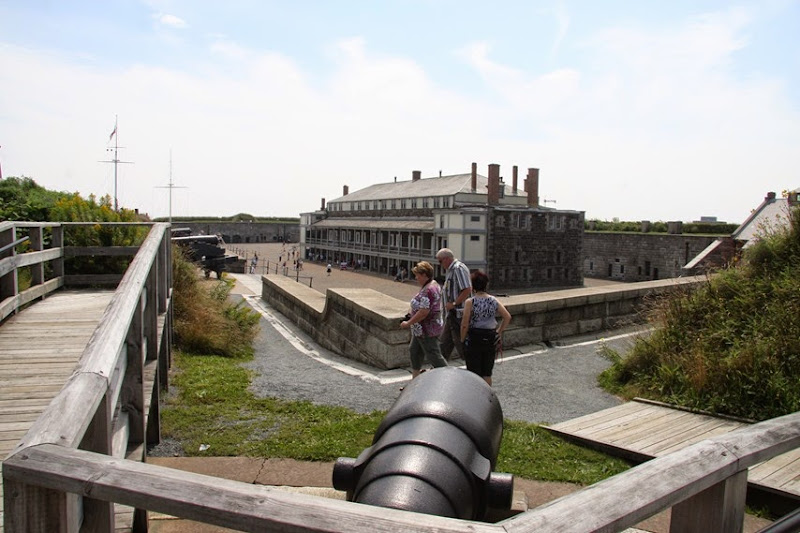 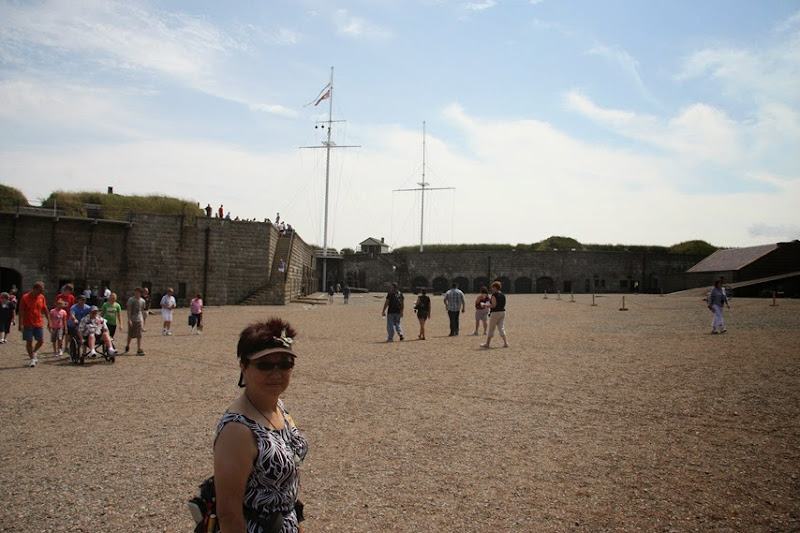 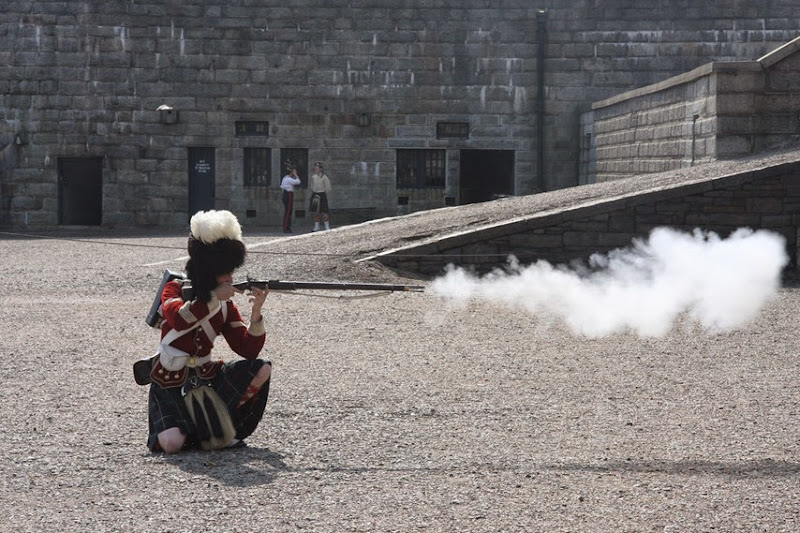 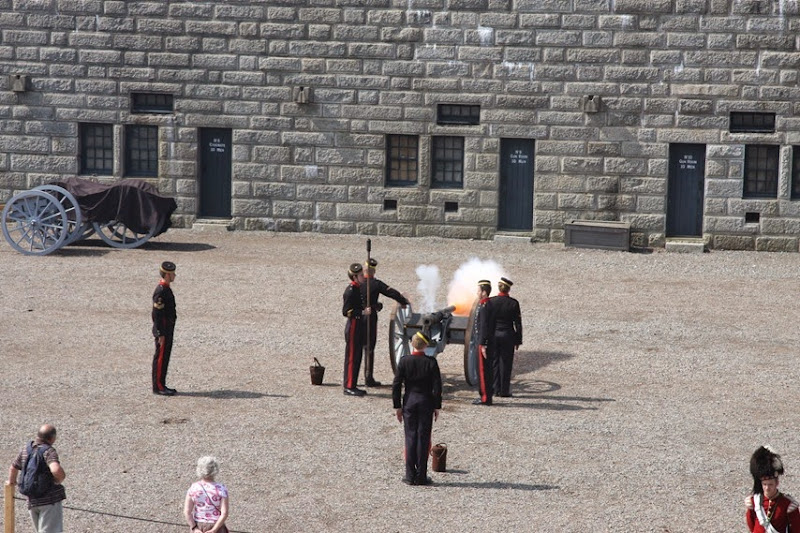 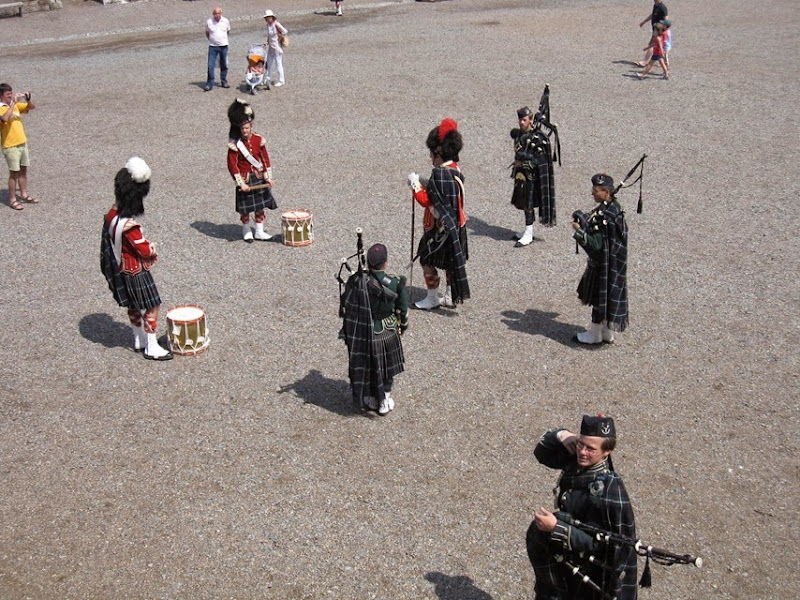 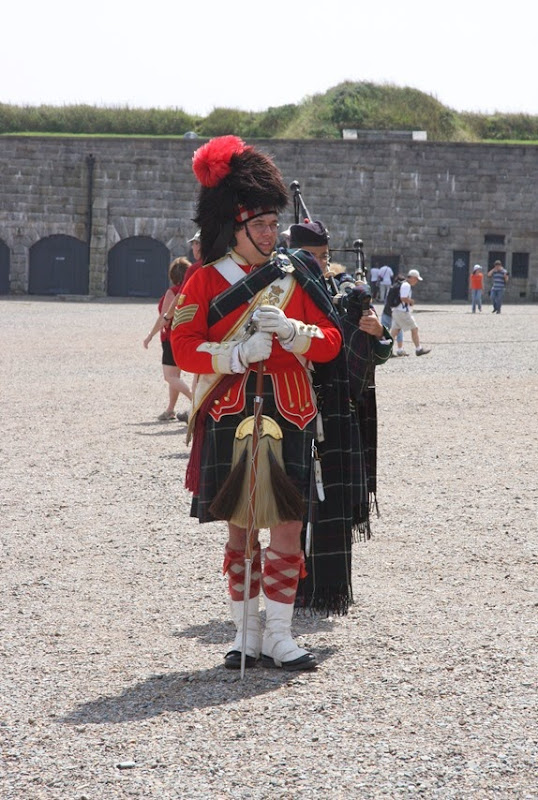 We took a tour though part of the fort. 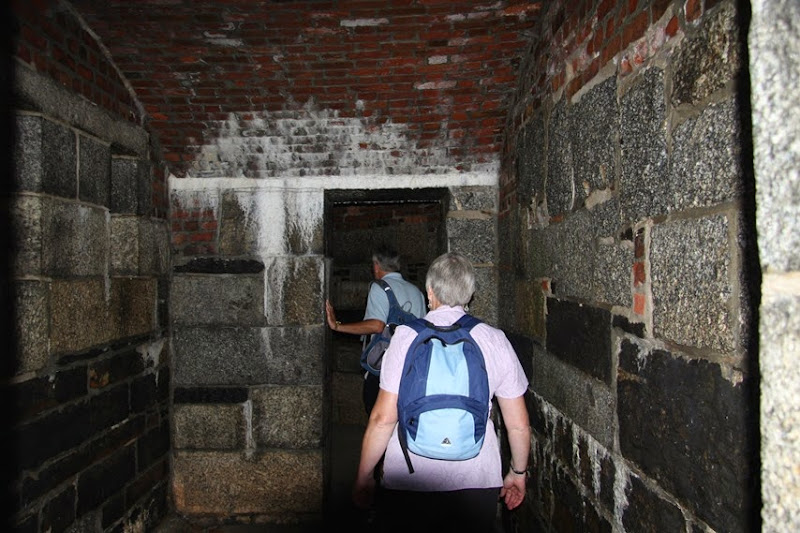 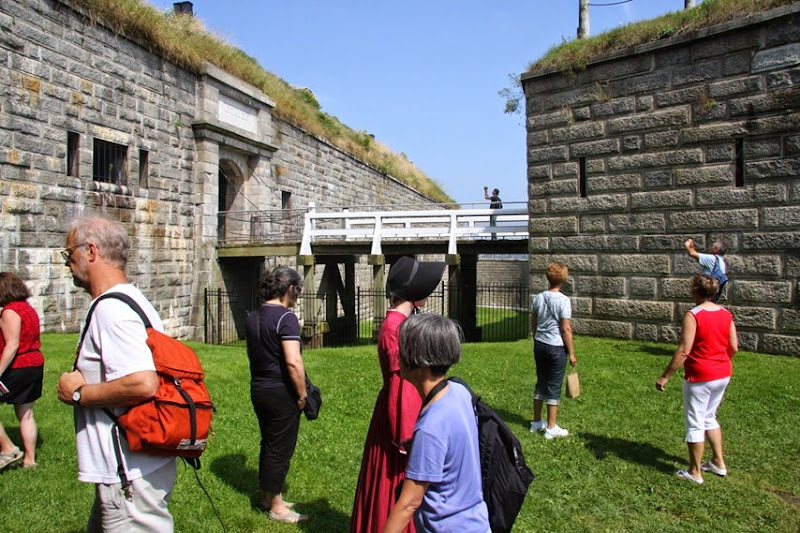 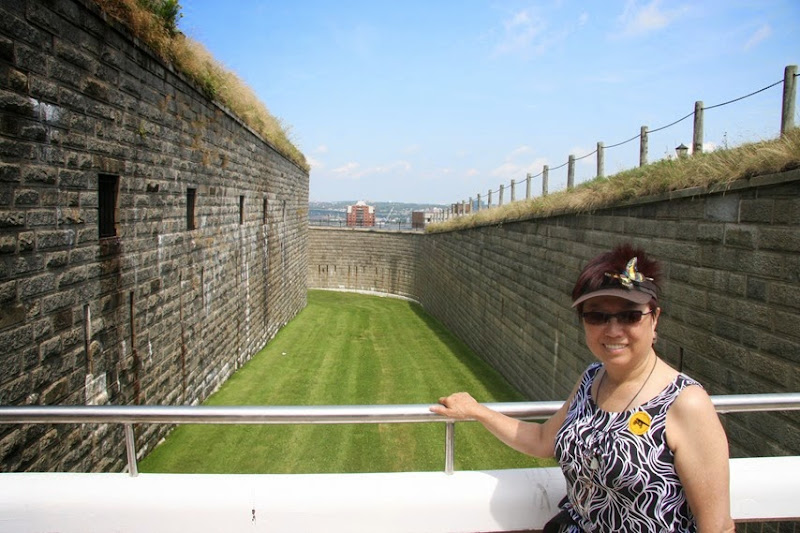 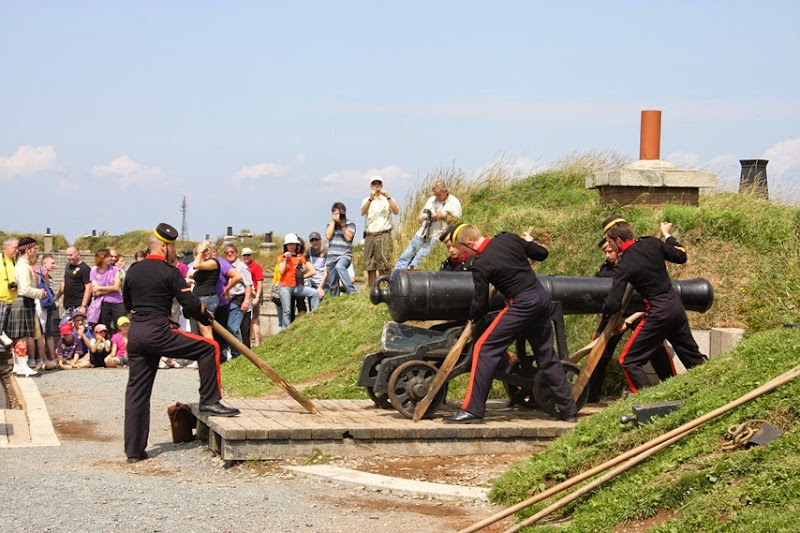 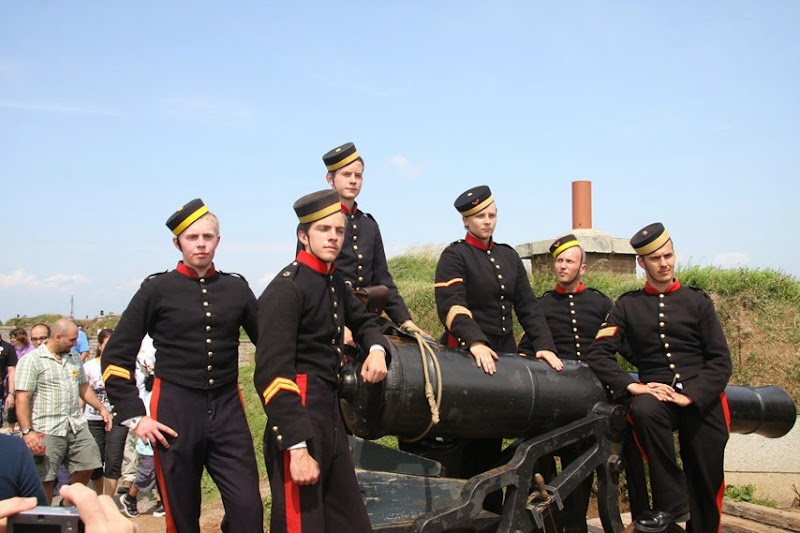 Next we drove to see Peggy’s Cove. There were so many tourists flooding this little community; I cannot imagine living here with all the daily traffic passing through (bus loads and cars with nowhere to park). 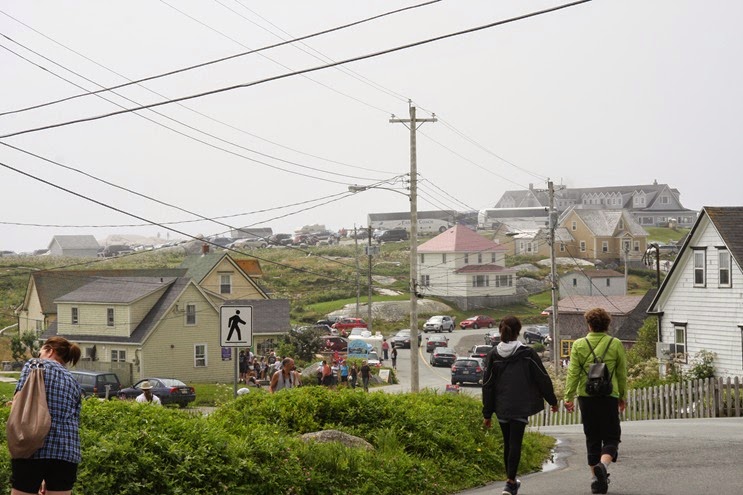 Everybody has to take this classic picture. 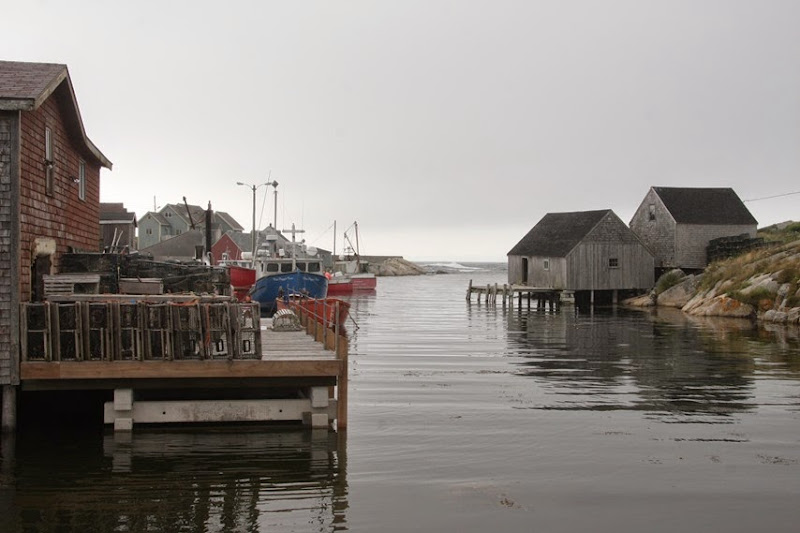 When I saw the lighthouse, I thought, “Yawn, another lighthouse” but then when I saw massive granite boulders pitched everywhere, “helter skelter” by glaciers, carved into precarious stances from weather and water resulting in a rugged coastal seascape, so dishevelled and naturally arranged by nature. 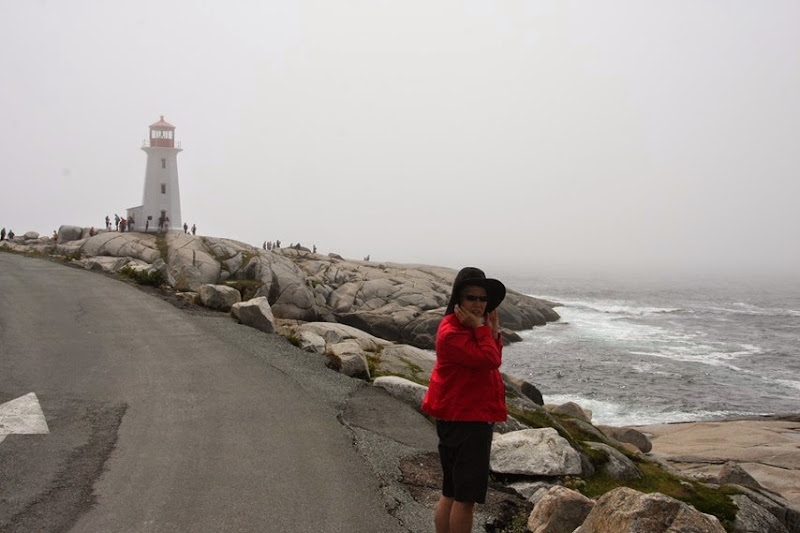 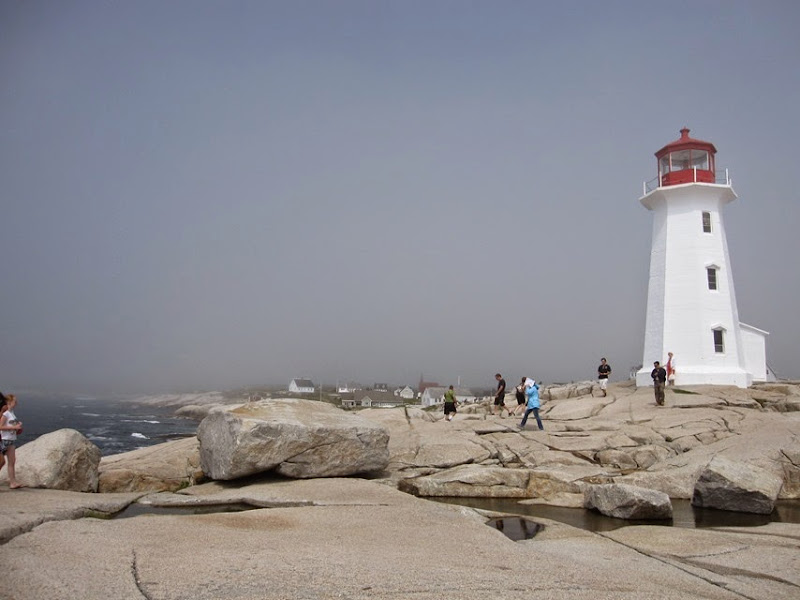 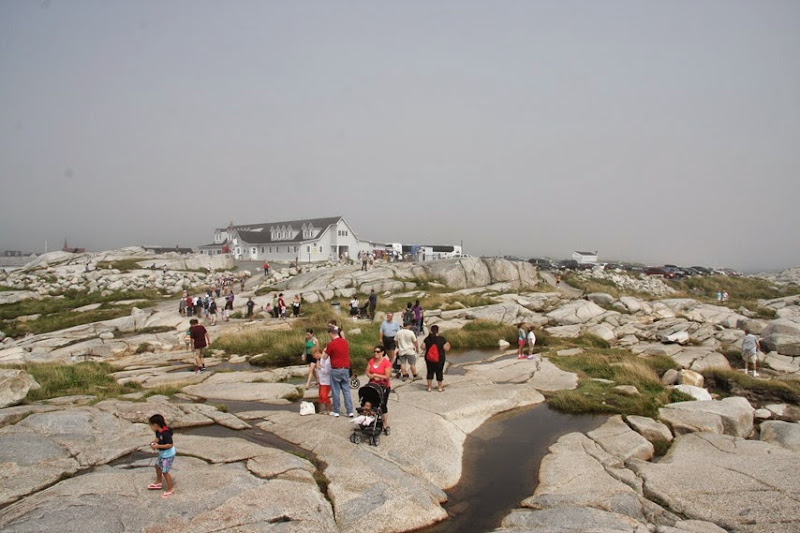 We sat there for hours watching the waves roll and crash on the rock formations which were like a maze; jagged, uneven, so picturesque with the fog rolling in and people scattered on different platforms like pebbles everywhere.  The Cove is reputedly named after the only survivor of a schooner that sank off the coast in 1800. 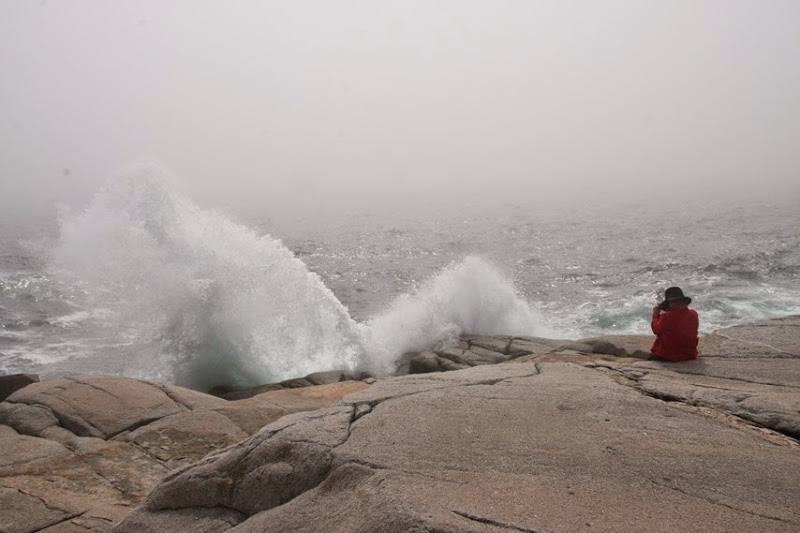 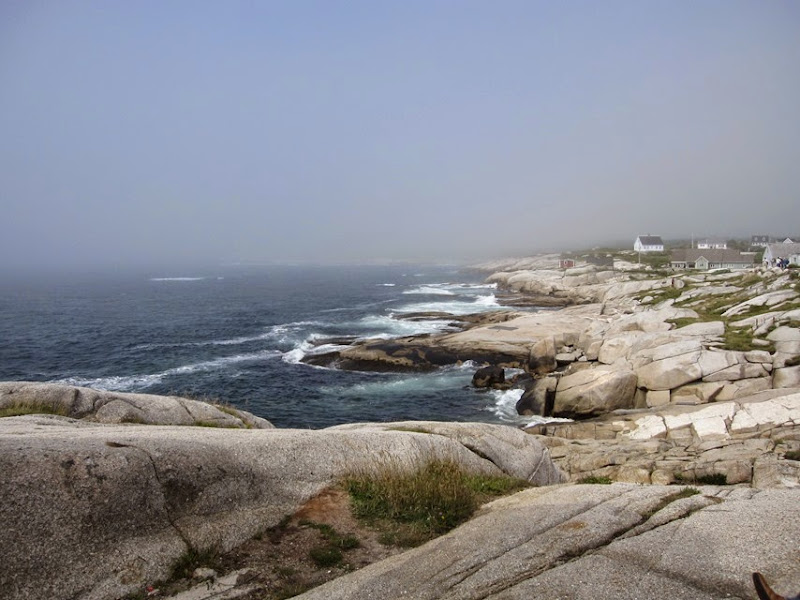 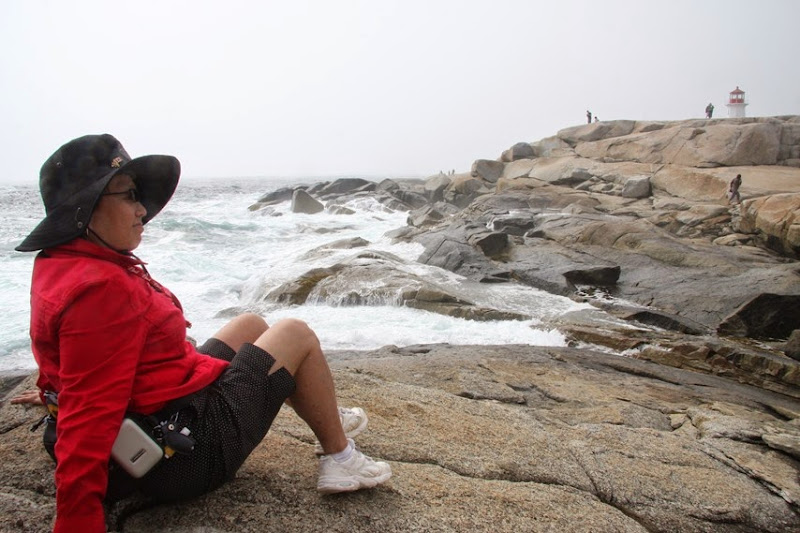 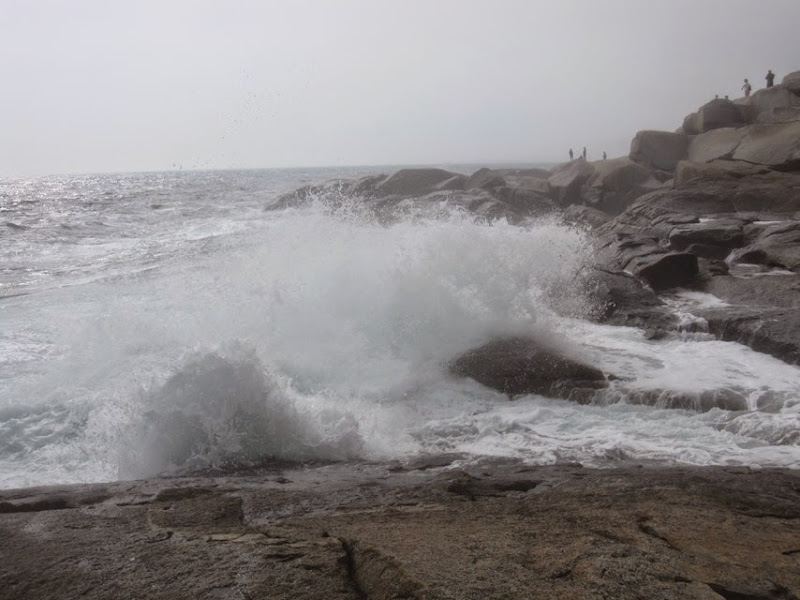 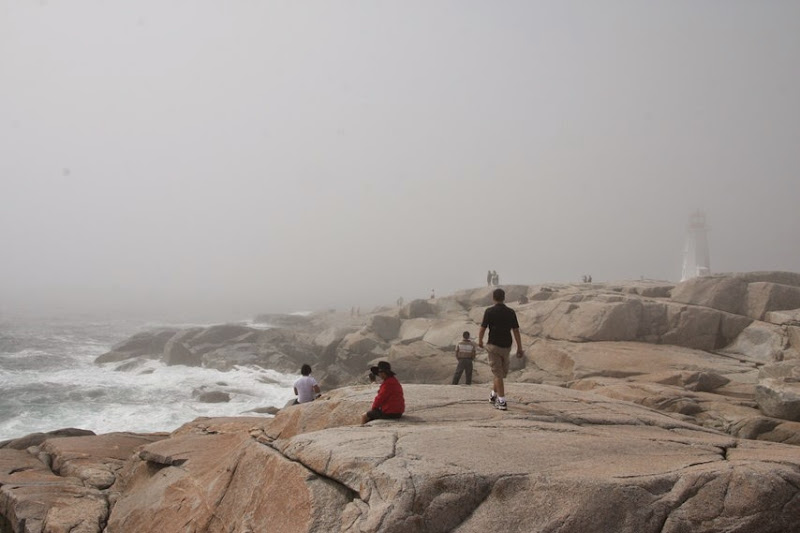 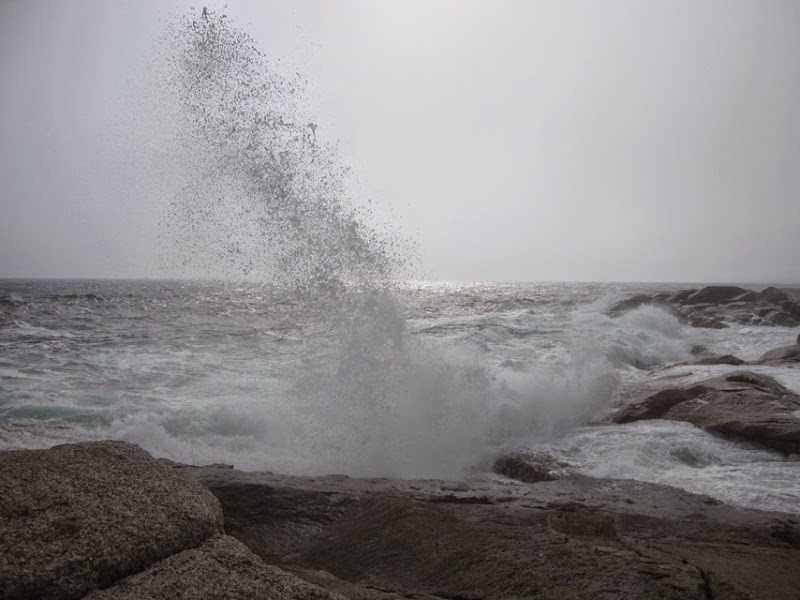 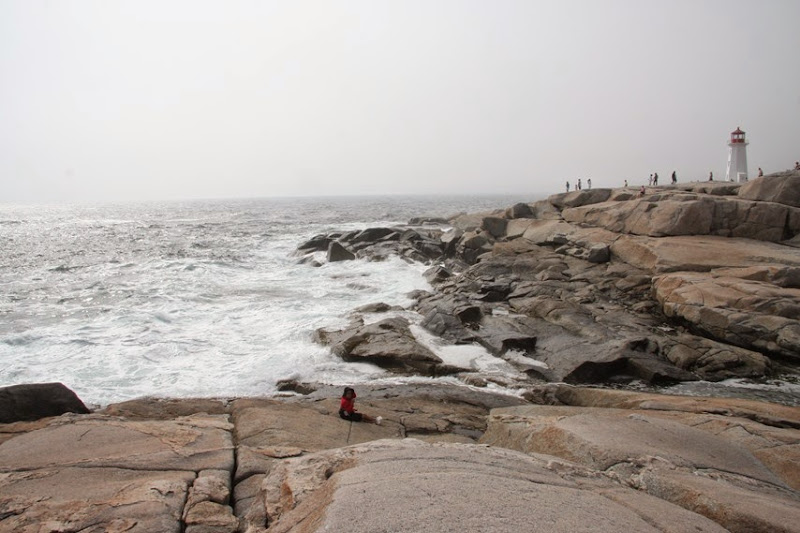