Today we actually only went to one destination. The hike in to Moul Falls is about 3 km and with the temps in the mid 30’s that was enough. We spent a lot of time in the cooler air around the falls just people watching.

One our way there we rounded a corner to this. 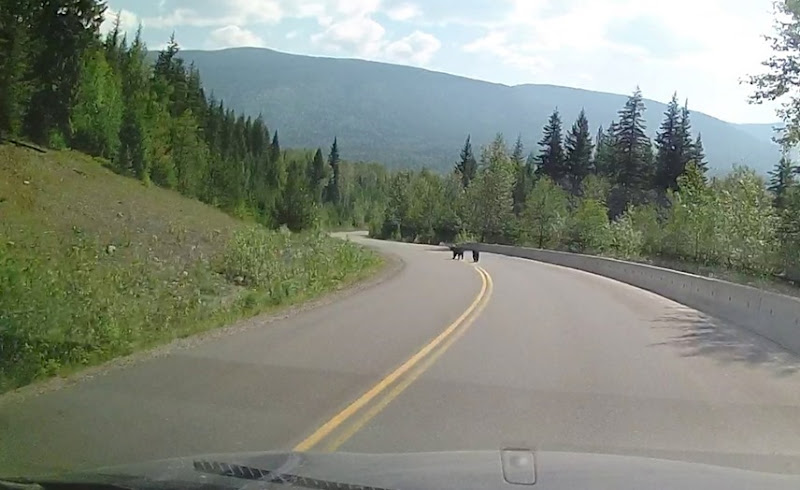 By the time I scrambled to get the camera from the back seat they were gone but then I remembered that we have a dashcam. It’s not great quality but it is a record of the event.

The first 1.5 km of the hike is along an old dirt road that seemed flat on the way to the falls but not so much on the way back. It was especially draining coming back as this section did not have a lot of shade. 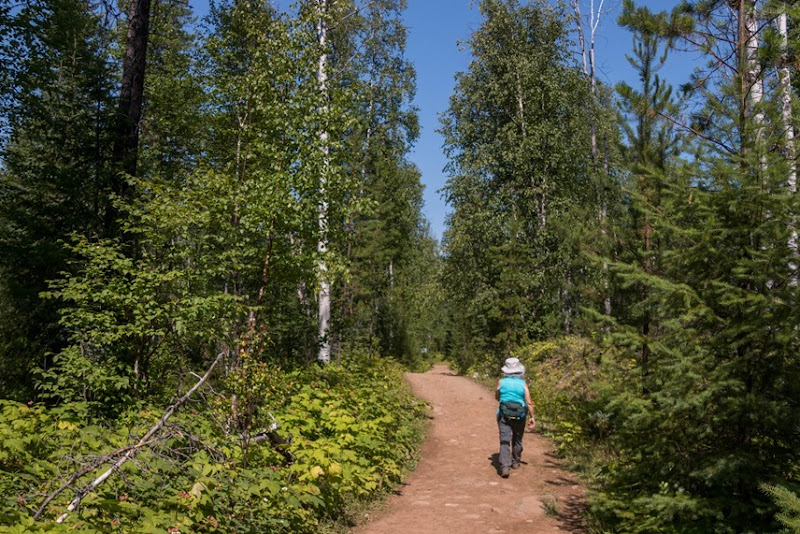 Then the trail gets narrow and a bit rocky. It slowly descends to the brink of the falls. Here at least there was some shade. 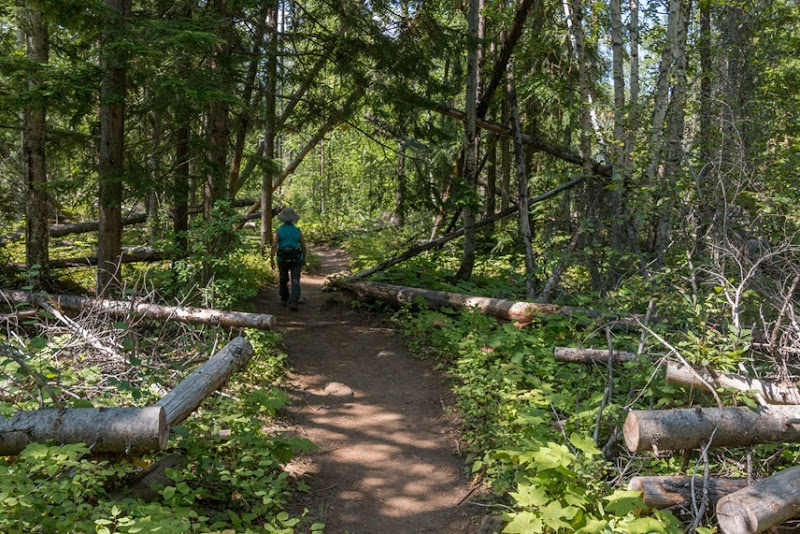 About all you can see from the viewpoint at the brink is a bit of the falls and then down the canyon it has created. 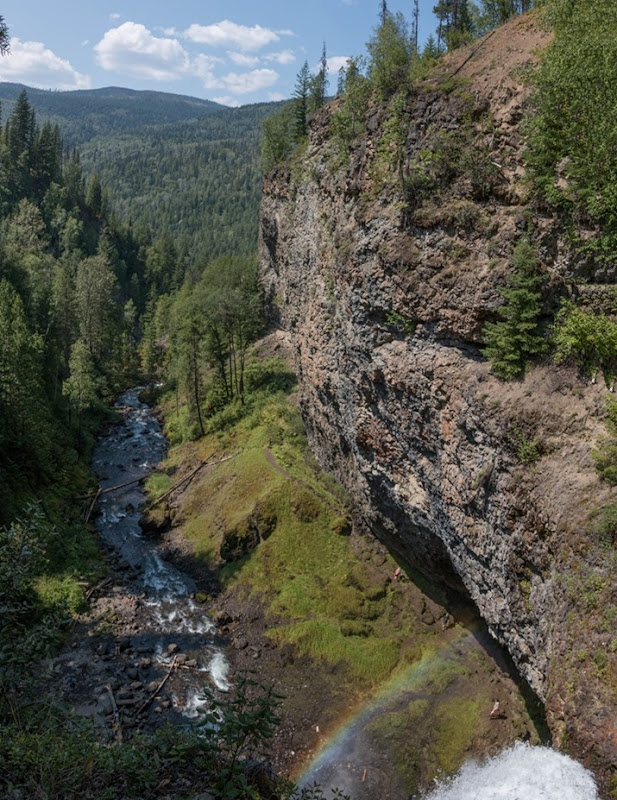 Then a short and very steep trail lead down to the base of the falls, down the cliff in the left of the picture above. Also in the picture above you can see some people that have walked behind the falls to the other side.

With so much mist there were rainbows everywhere.

Part way down I took this shot from another viewpoint. 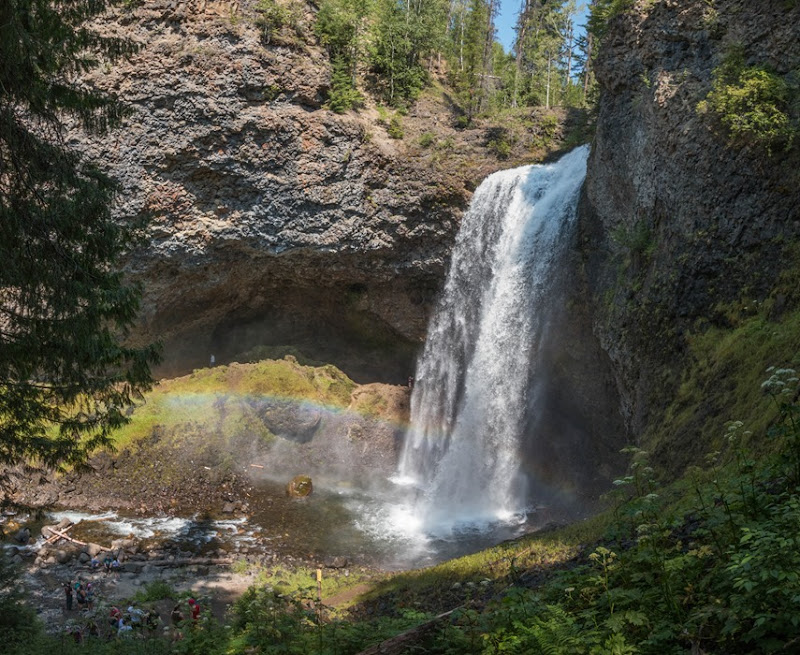 A bench to rest at, on the steep descent. 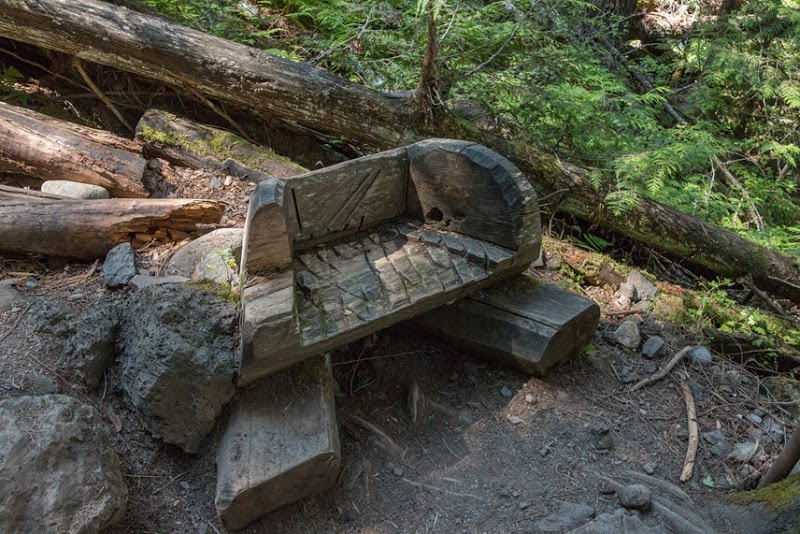 And down. It was another tough day for pictures with the very bright falls and the dark shadows of the undercut canyon walls. 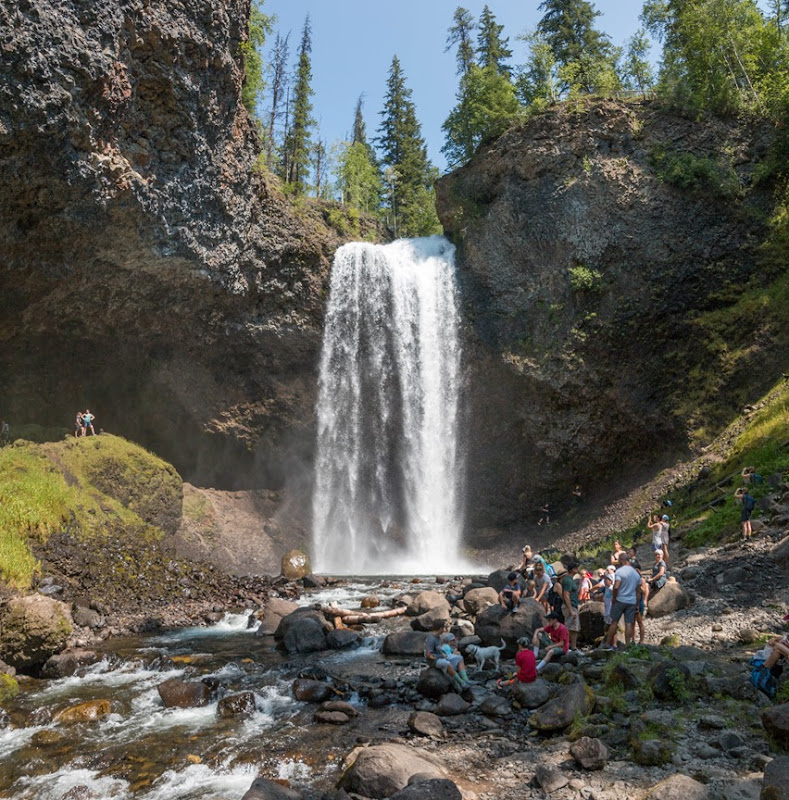 This is a very popular hike but it never got too busy.

I knew that the walk behind the falls was very wet so like a wimp I brought a rain jacket. I only brought one of them because I thought that Jennie would not want to go. At first I was right. Off I go. 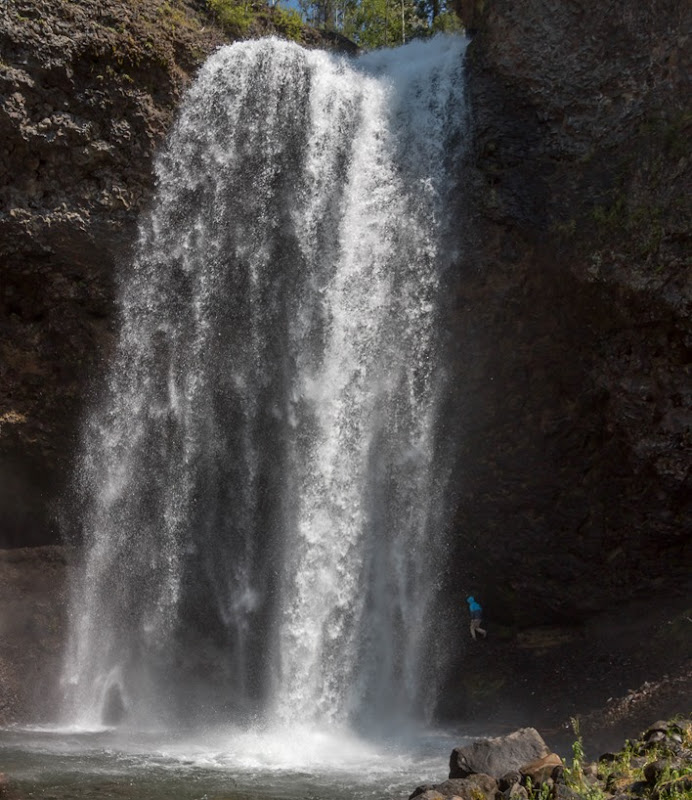 A few shots from the waterproof camera. 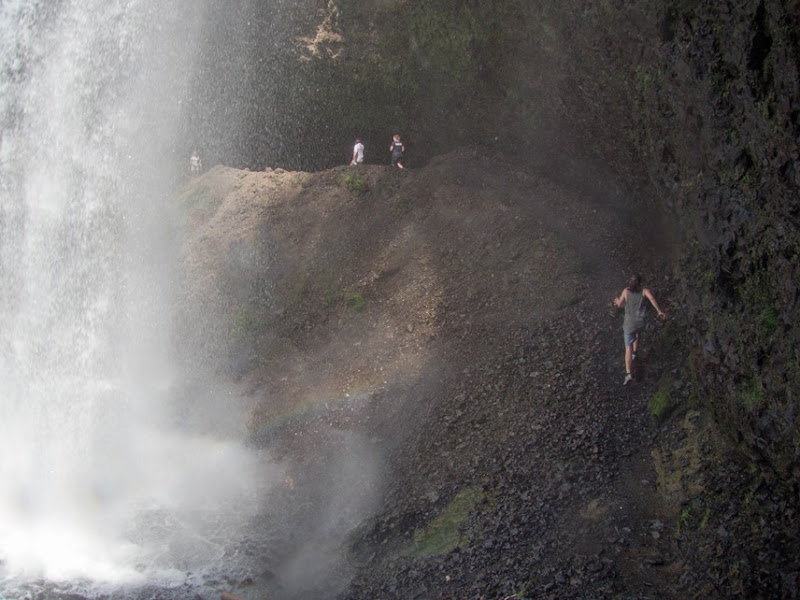 Nobody lingered behind the falls because you really got blasted. 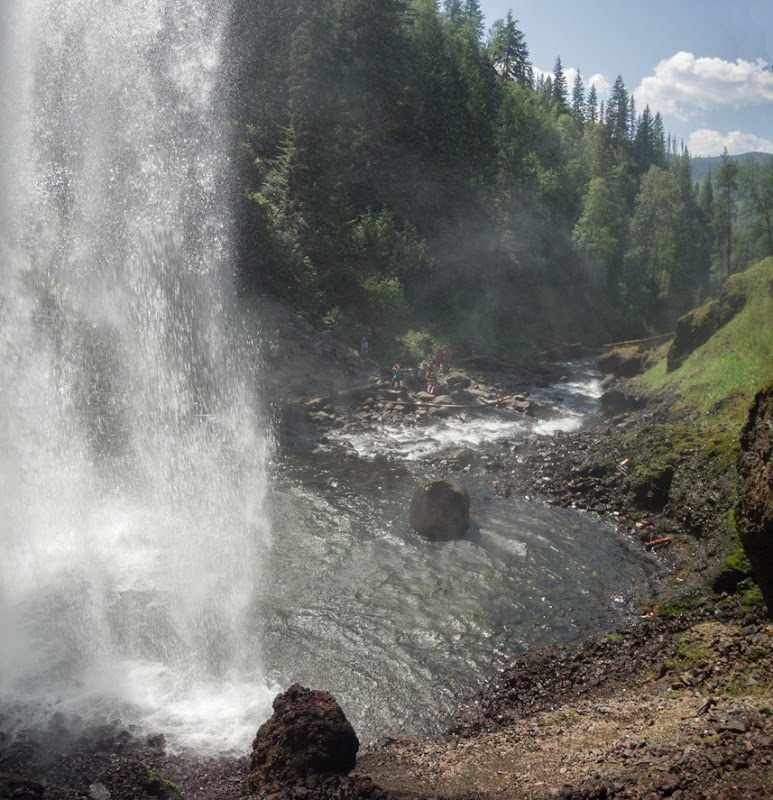 And over to the other side. When going over I only took the waterproof camera and my phone. I wish I had put my DSLR in a bag and taken it because its picture quality is just so much better. 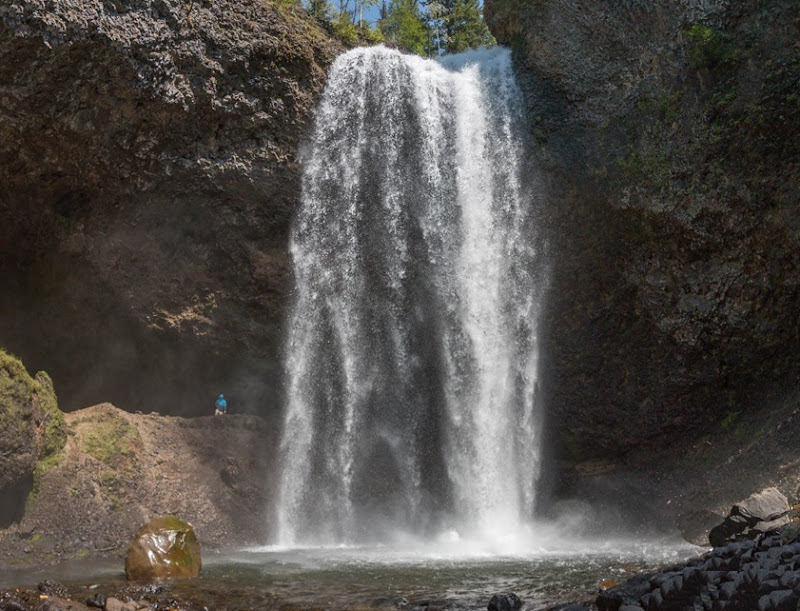 The photosphere from where I was standing.

Looking down on the trail. The phone just can’t handle the brightness of the falls. Compare the detail in the water with the previous shots. 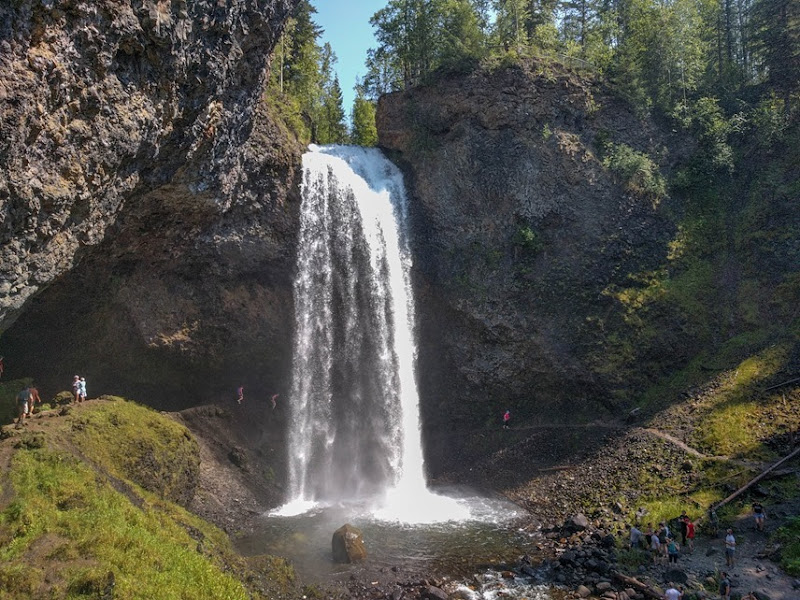 And back to Jennie. The jacket did keep my head and shirt dry but the pants were soaked. They quickly dried in the sun. 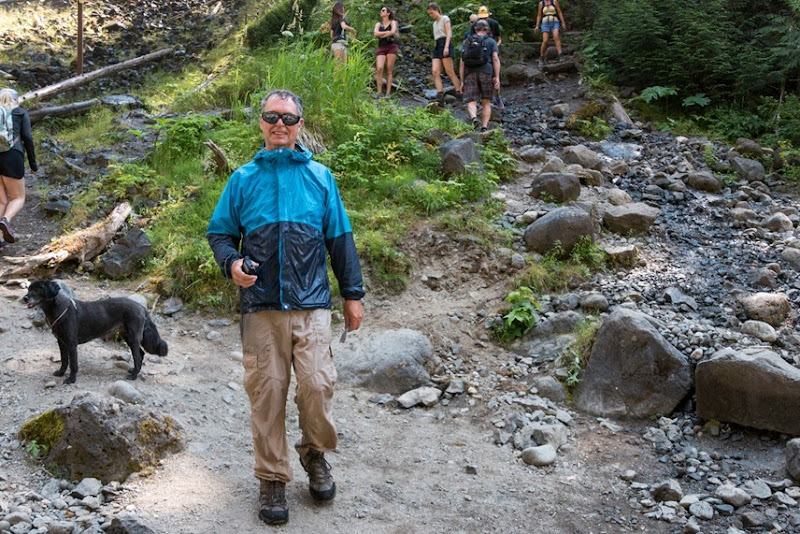 We lounged around for a while and had lunch. 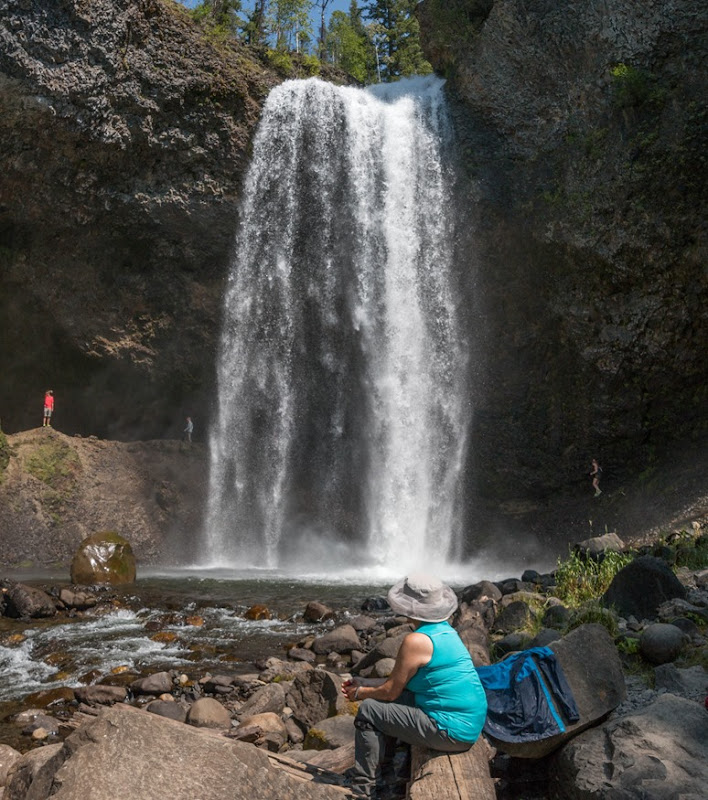 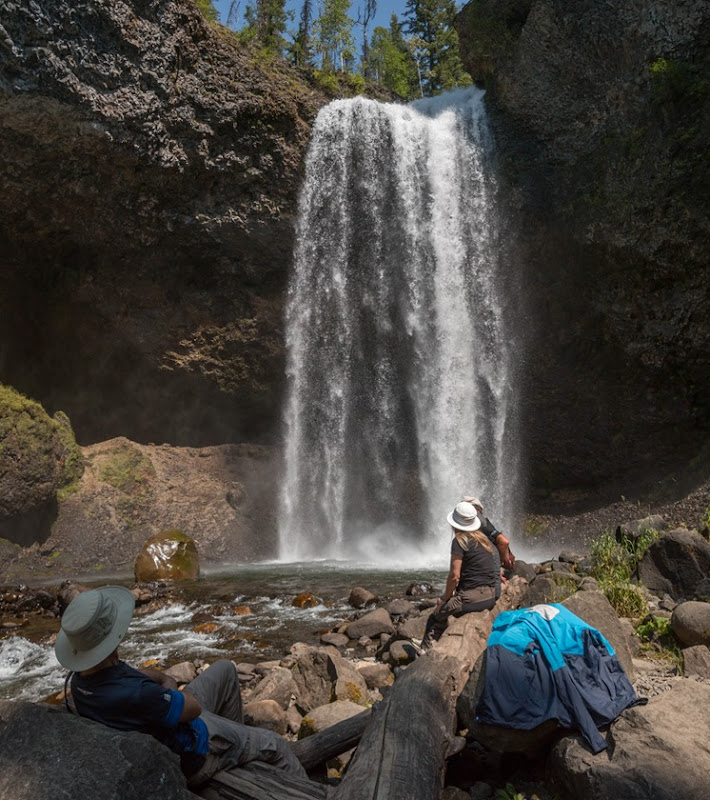 Then I convinced Jennie to go behind. Guess who got the jacket? 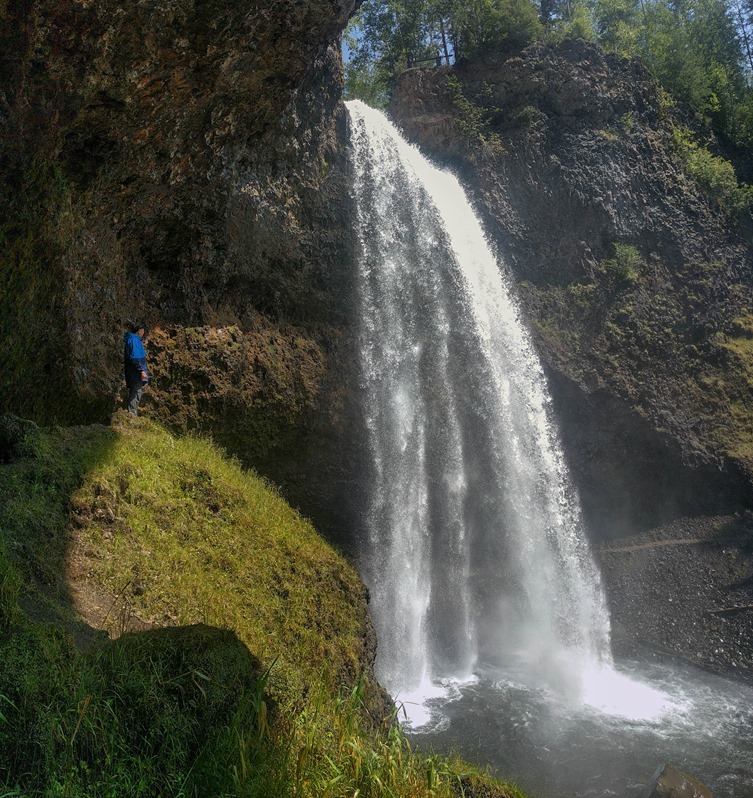 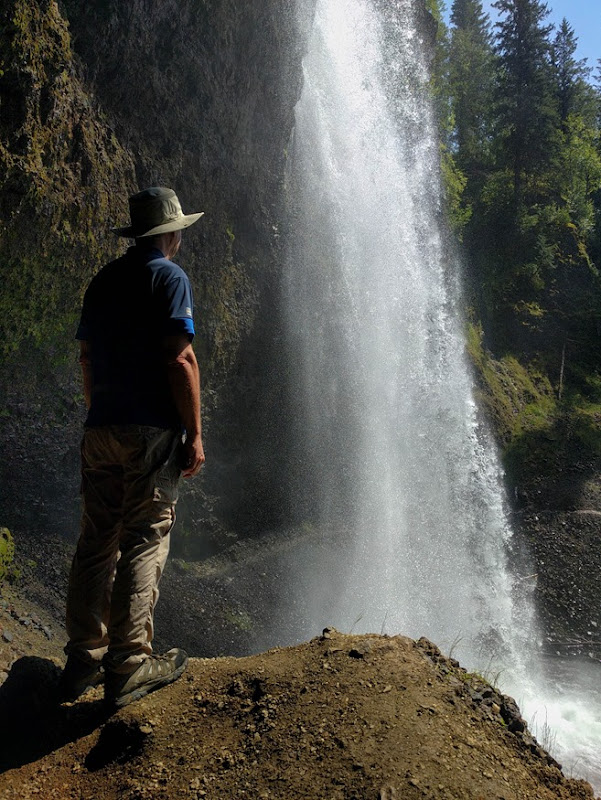 And a long shot back to Jennie. 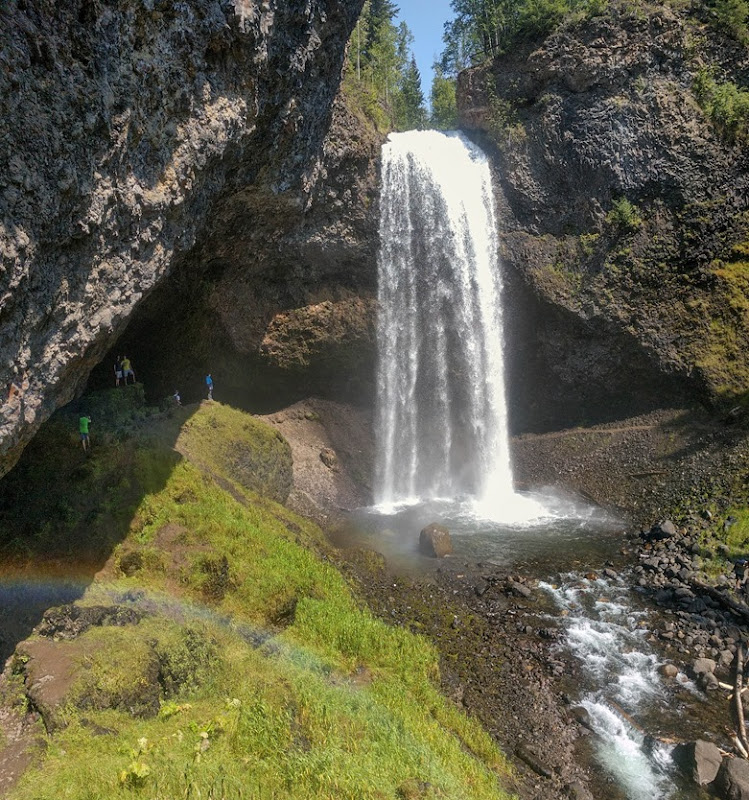 Since I had nothing else planned for today, once we got back to the other side, we just people watched while our clothes dried out before heading back to the car.

The walk back was extremely hot and seemed to take forever. The dirt road also seemed to be much more uphill.