The Internet is everywhere. In what was supposed to be a dead zone according to the coverage map, I have 4 bars on our internet stick. These posts are delayed mainly because we did things at night and just didn’t have time or were just too tired.

An easy 1 1/2 hour drive following the banks of the Skagit River into the National Park. The sites in the campground are nicely spaced and have lots of tall trees (so the solar panels are useless). The RV takes up the entire width of the site so we step out the door into the brush. 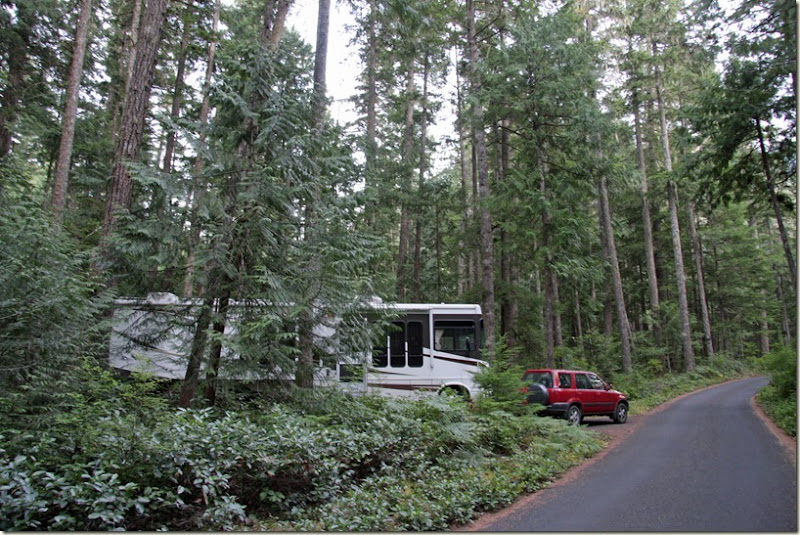 As usual we hit the visitors center after setting up to find out about the best things to see. We did a short hike from the campground that looped out to the river through some moss covered trees. 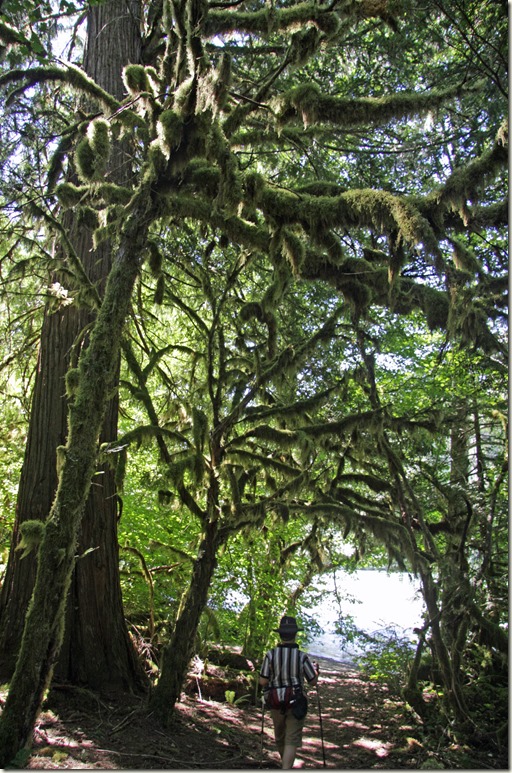 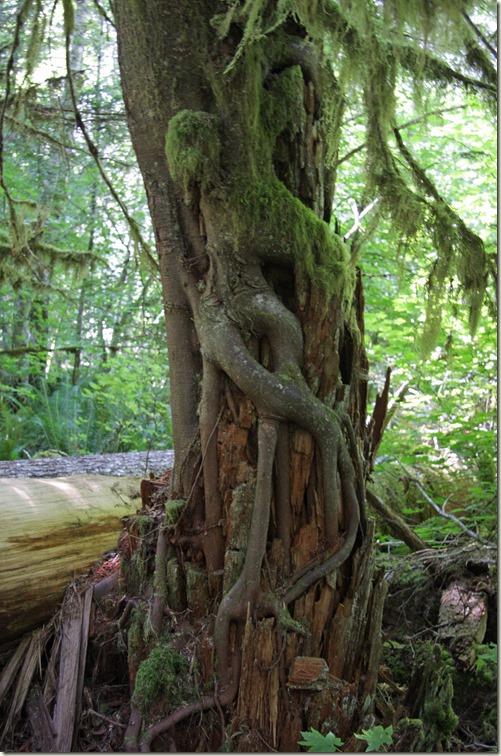 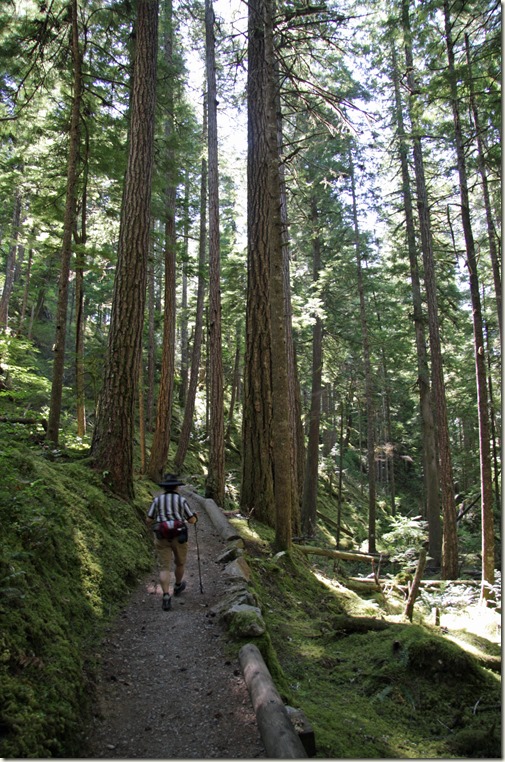 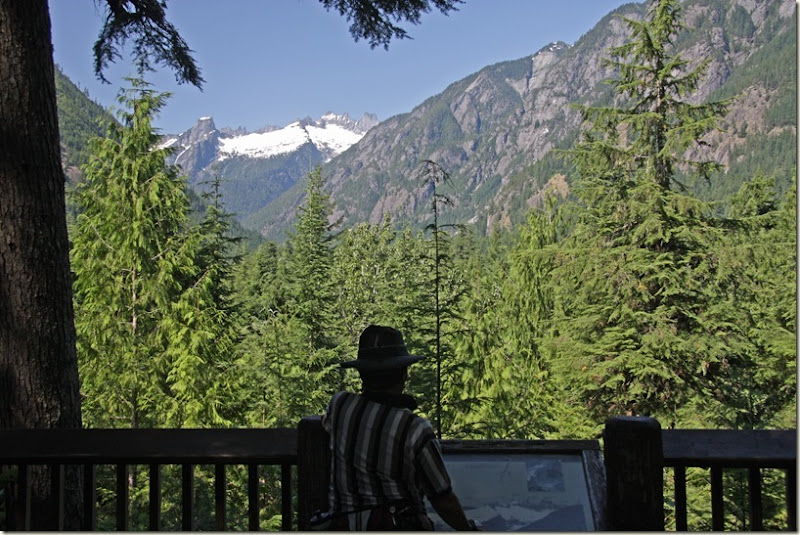 The ranger at the visitors center said that just outside the nearby town was a path beside at waterfall that was lit at night so after dinner we went to check it out. Well, to say “lit at night” was an understatement. I expected a path with some dim lights so you could find your way.

It turns out the path is beside a beautiful waterfall that has coloured spotlights on it in ever changing patterns. The industrialist that owned the land in the 1930’s, before it became a park, did many things to get tourists to come up to see the sights. One of them was to light the waterfall but it fell into disrepair and has not been running for decades.  Our luck with timing seems to have stuck again because it just reopened 2 weeks ago. Most of the rangers have not even seen it yet and it is not in any of the brochures. 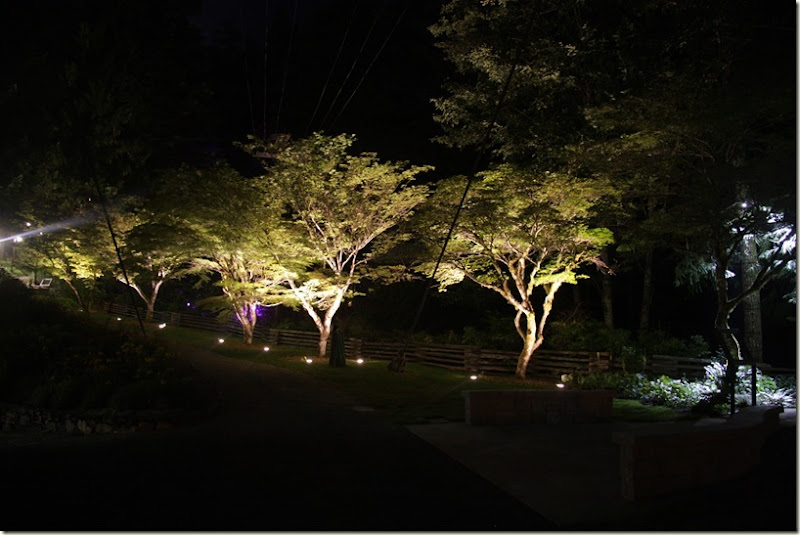 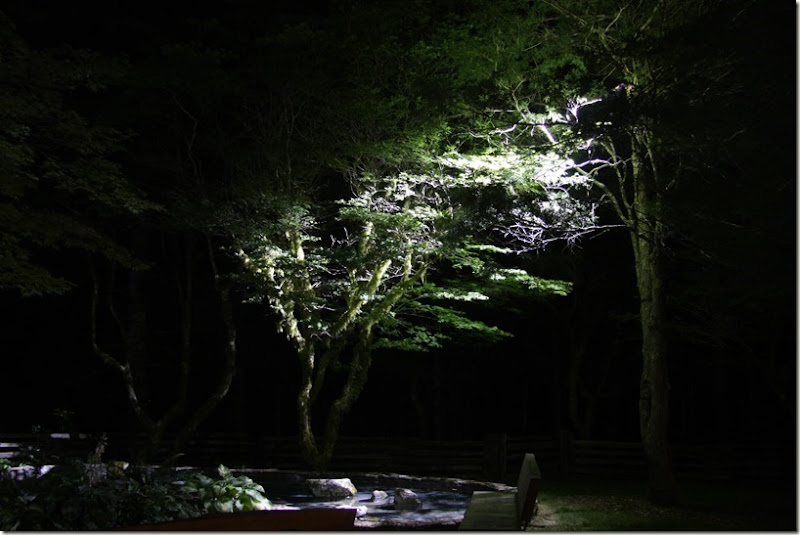 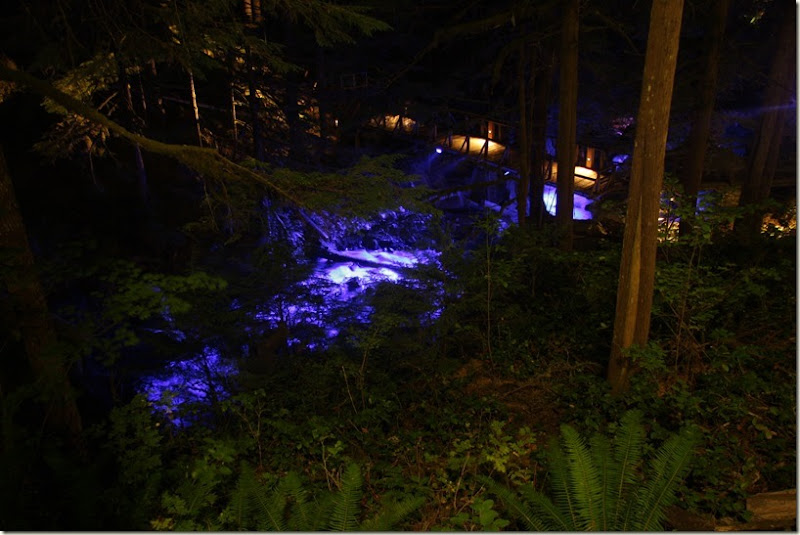 We went back the next day to take some daylight pictures to compare. Again my lack of skill as a photographer doesn’t do it justice. 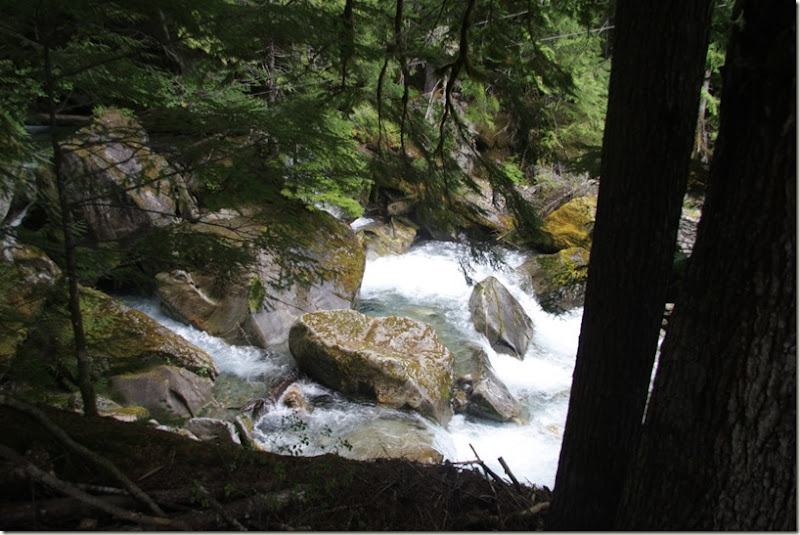 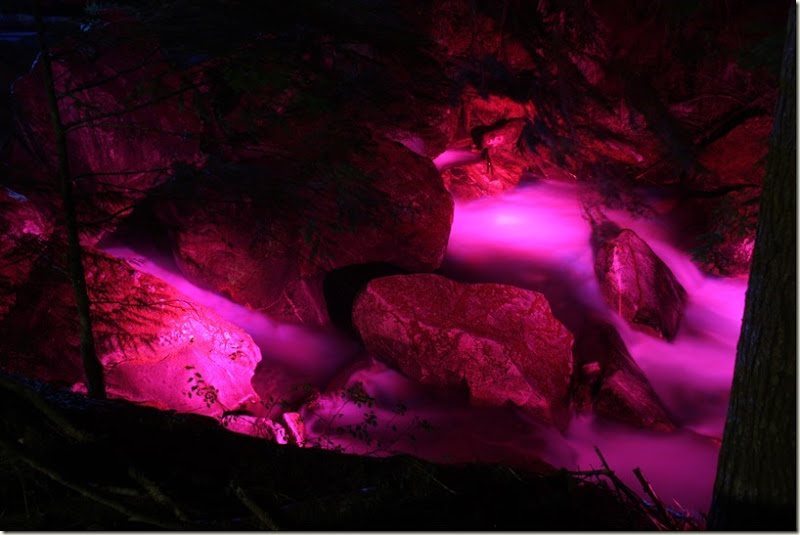 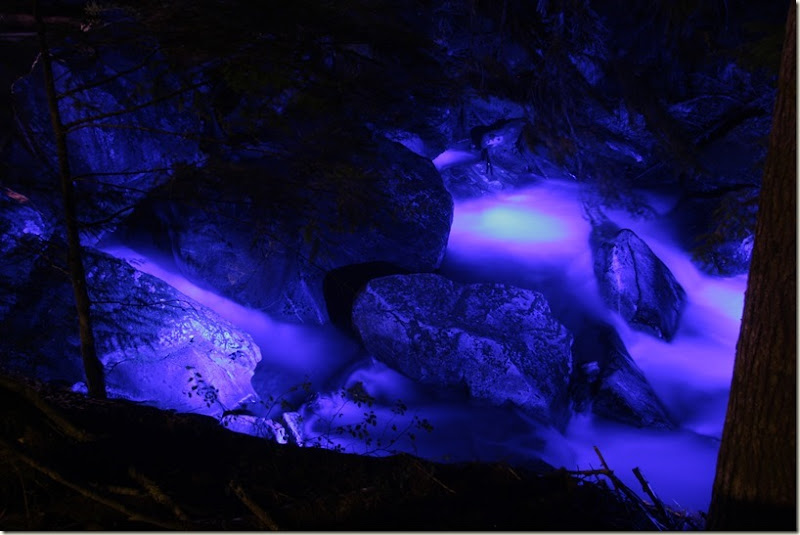 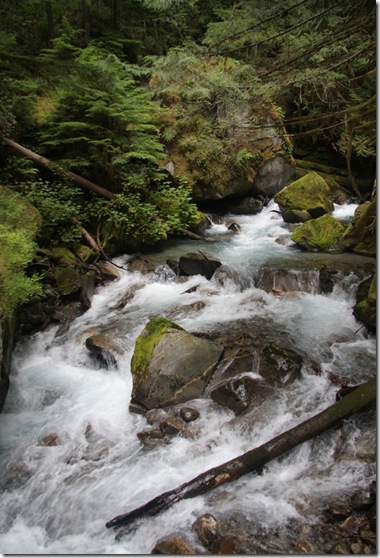 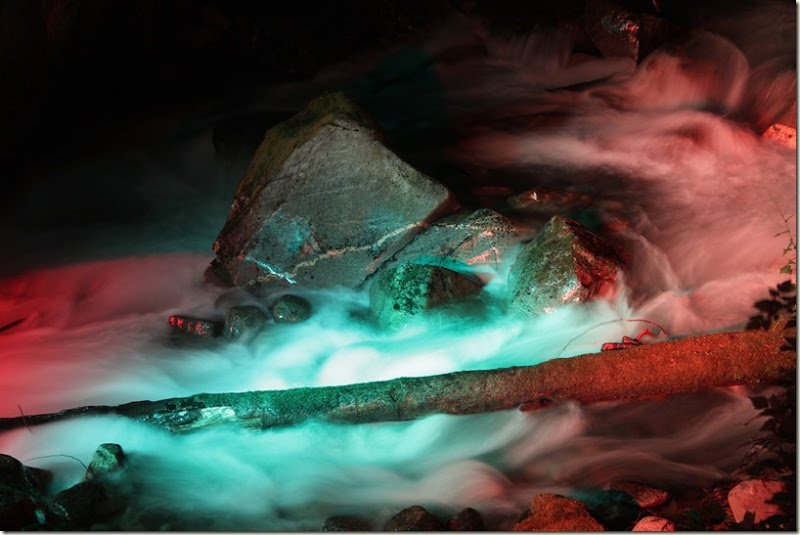 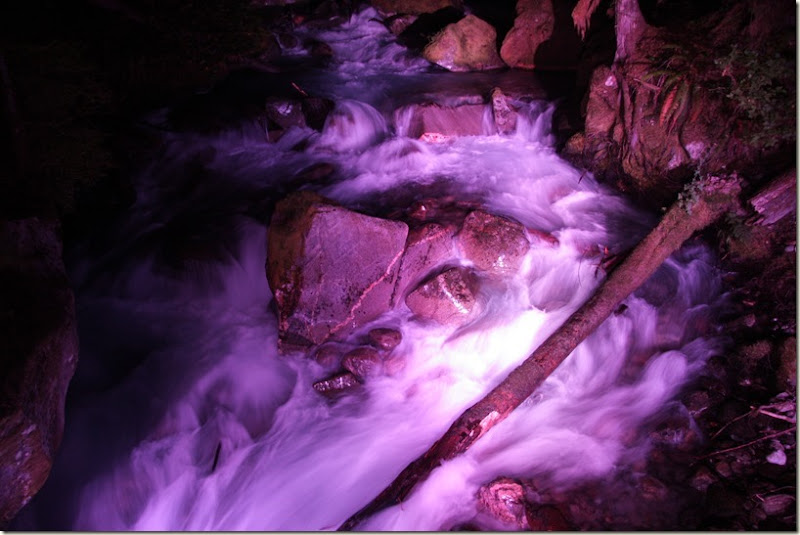 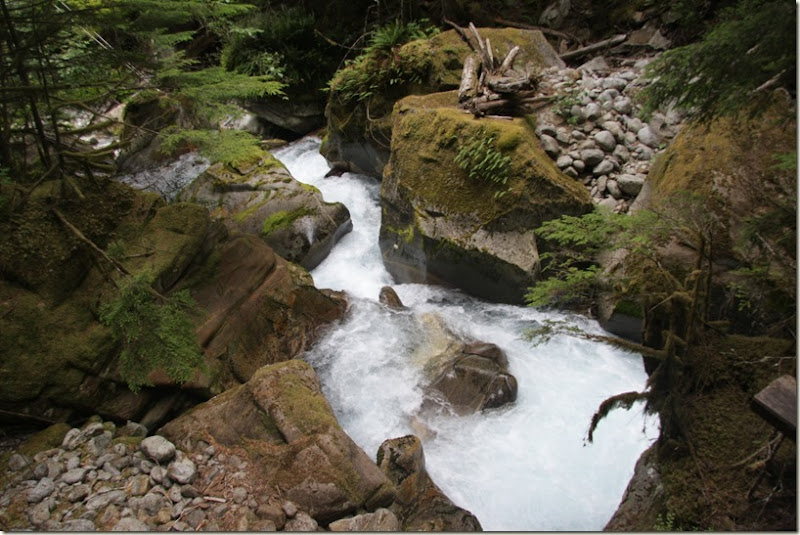 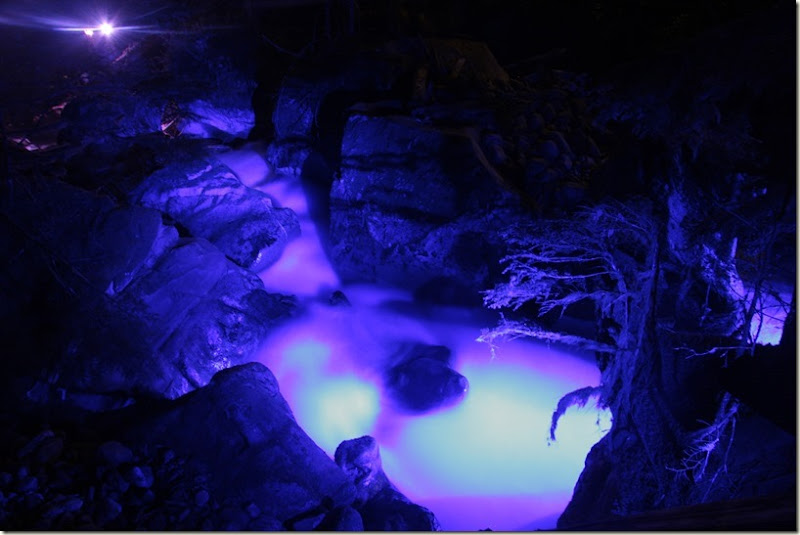 This top section looked quite spooky. 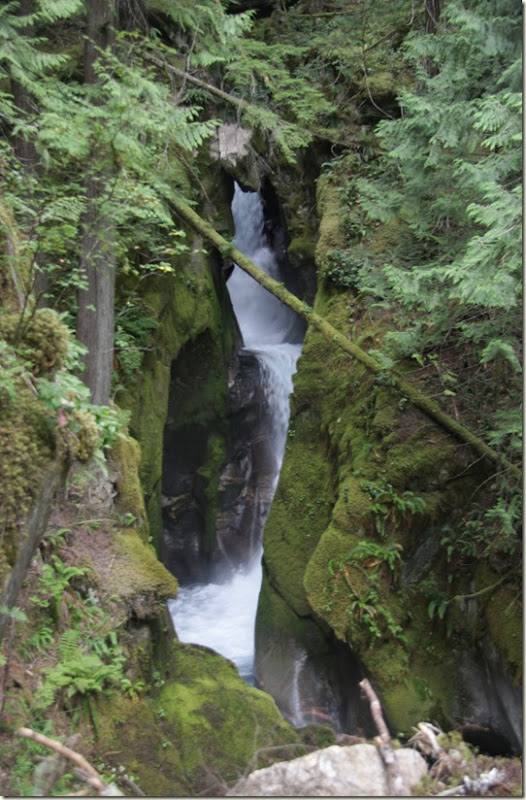 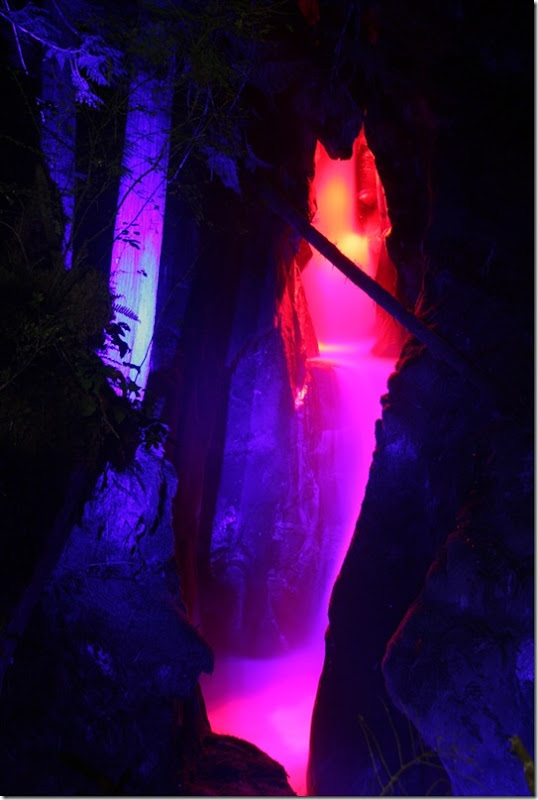 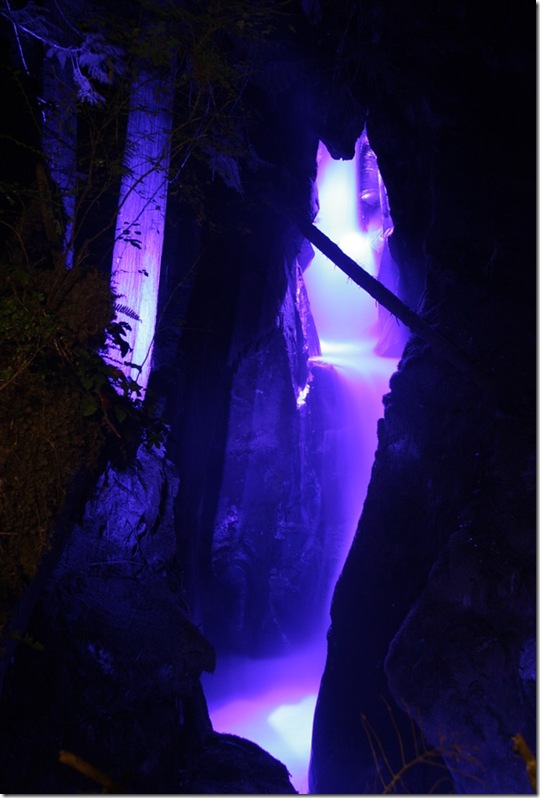 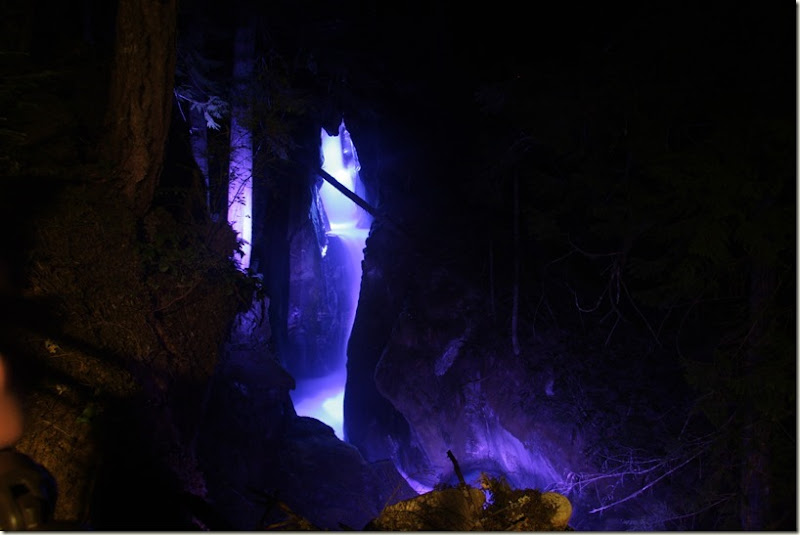 We spent an hour just staring before we got too cold and headed back.

Another amazing day that we had expected to be quite normal. 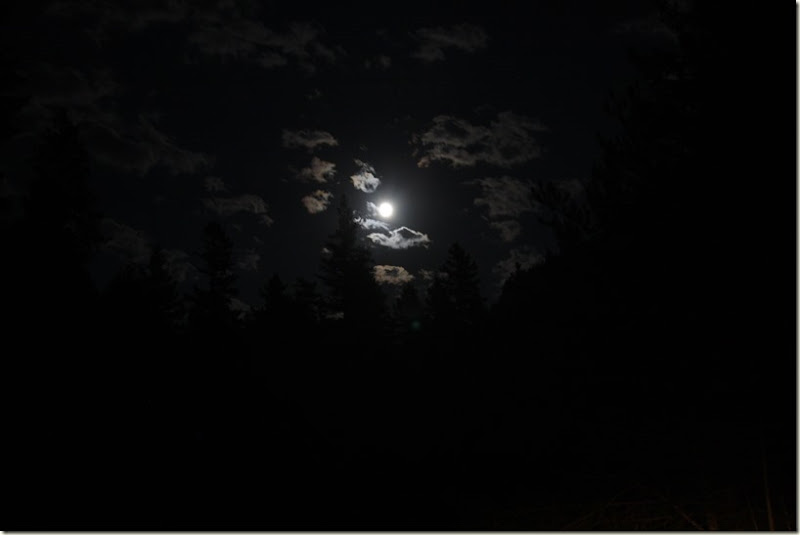