It has been 100 days since we left our more traditional home. Wow!

Today we drove about 200 km through the dry hills of north central Washington to Steamboat Rock State Park near Grand Coulee Dam. There is no Verizon internet coverage here so that is why the posts are delayed. 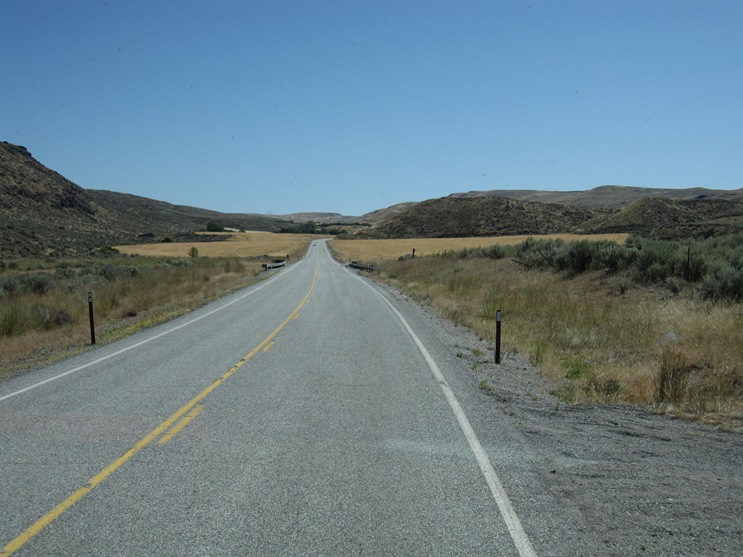 Heading down the hill towards and past the dam. 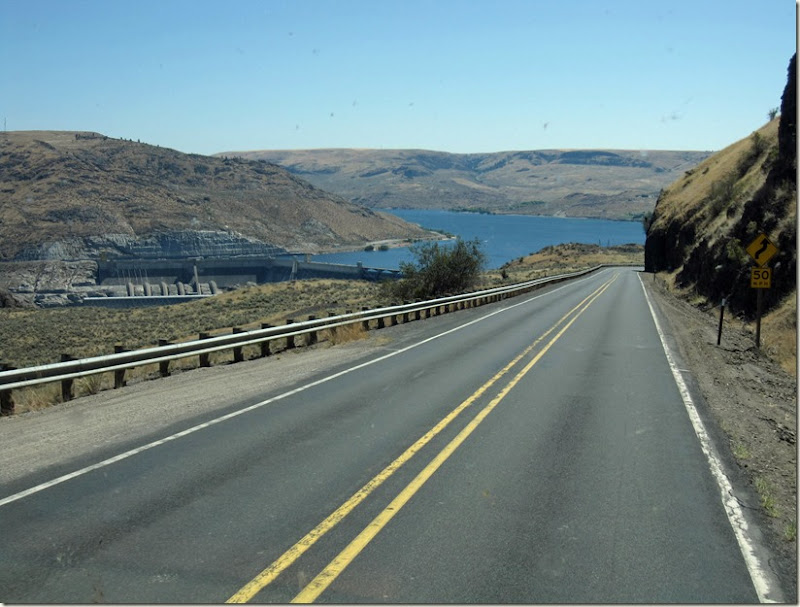 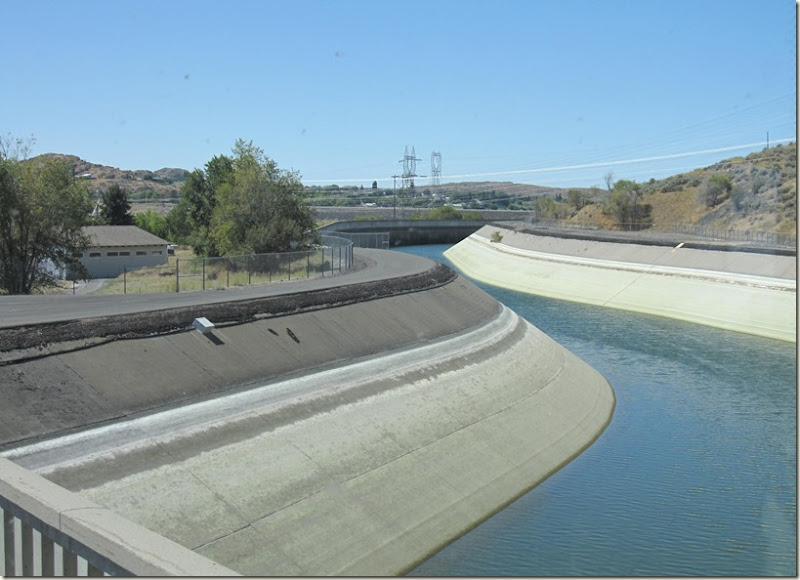 Heading south along Banks Lake beside the dam. This is not the lake created by backing up the river behind the dam but a lake created by pumping up water from the dam to create a reservoir to be used for irrigation. 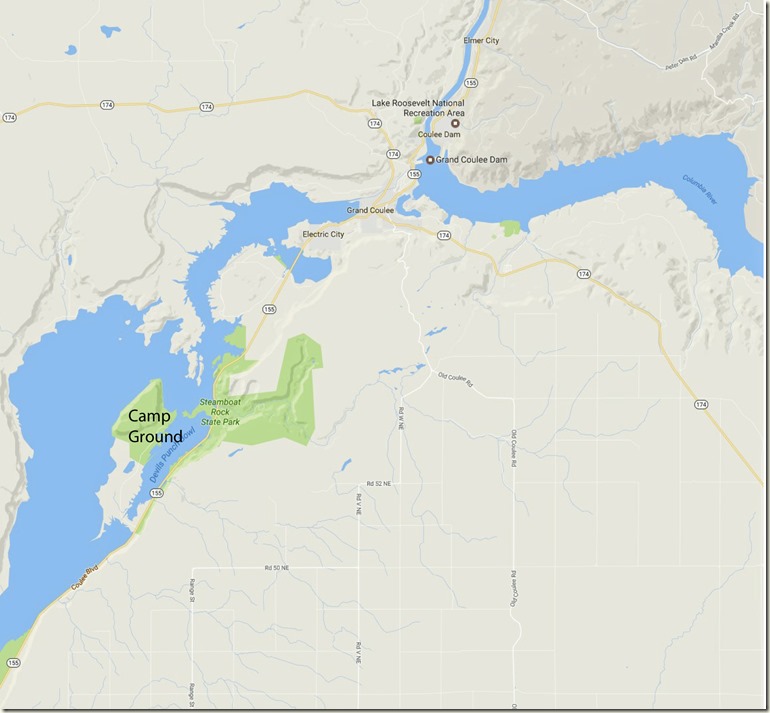 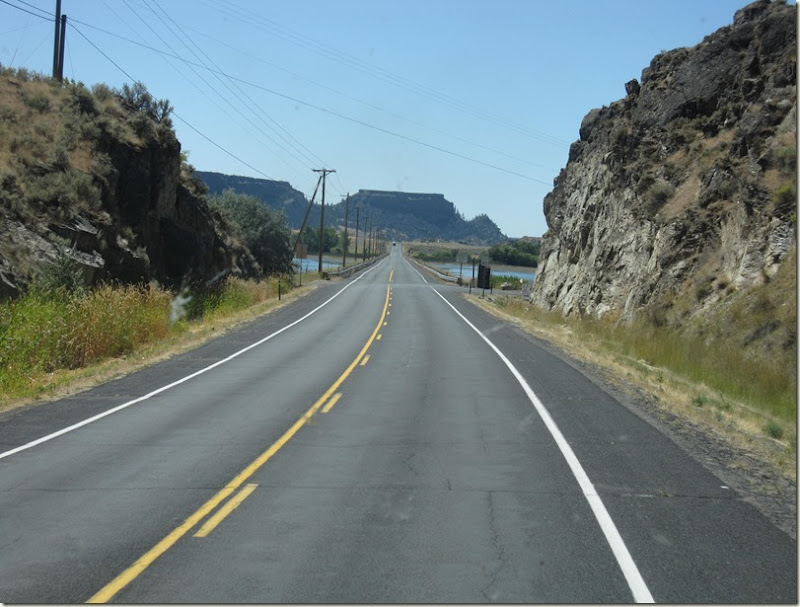 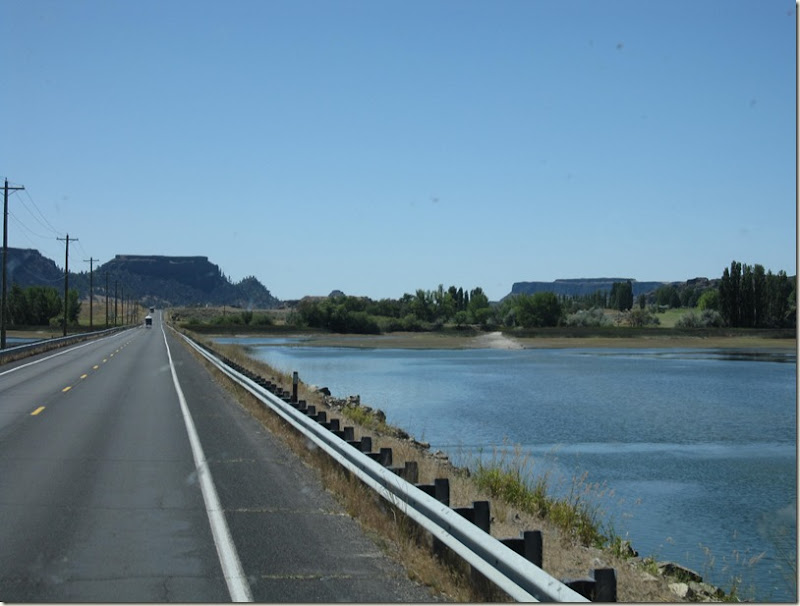 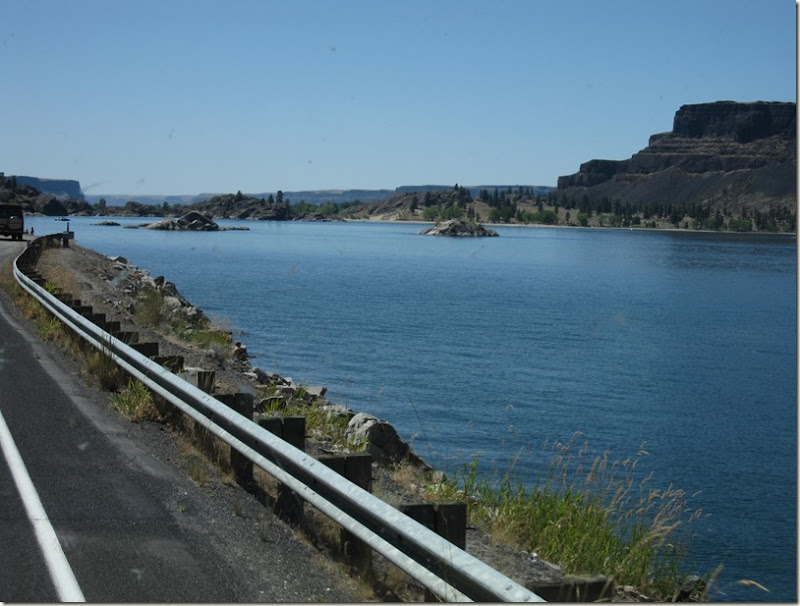 After we had passed the dam and were on the short drive south to the campground we had to pull over to the side of the road and wait about 10 minutes for this huge transformer to go by, taking up the entire road, on its way to the dam. 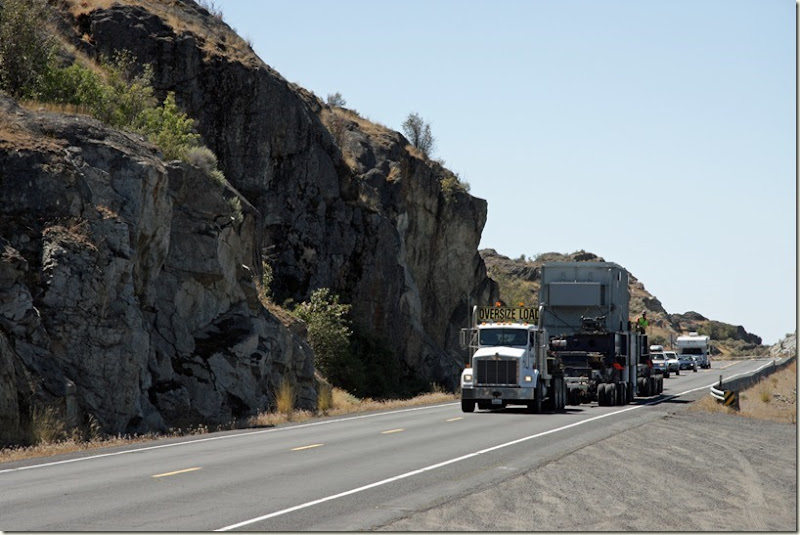 The campground is on a peninsula that juts out into Banks Lake and has giant flat top Steamboat Rock on it, which is 500 feet tall and 1 mile long. The campground is in the green patches in the front of this picture. 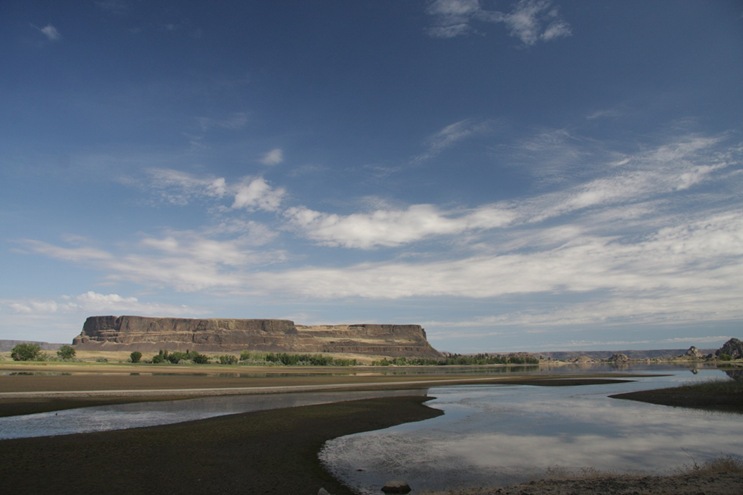 Here is our view from the campsite 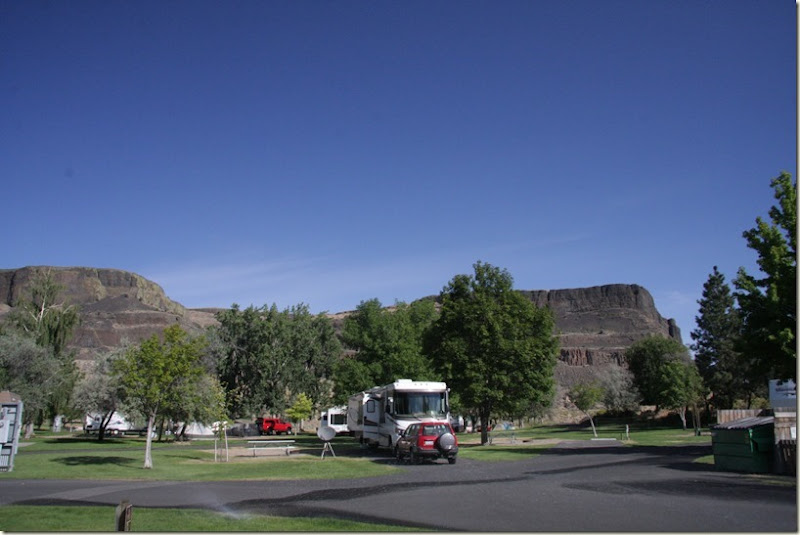 As I said, Banks Lake is not a natural lake. It is actually an irrigation reservoir filled by pumping water from behind the dam. The campground has some nice sandy beaches but unfortunately they were doing some maintenance work and had just recently dropped the level of the lake by 10 feet. What was left had steep drop offs and a kind of weedy bottom but it was very hot so I went in anyway. 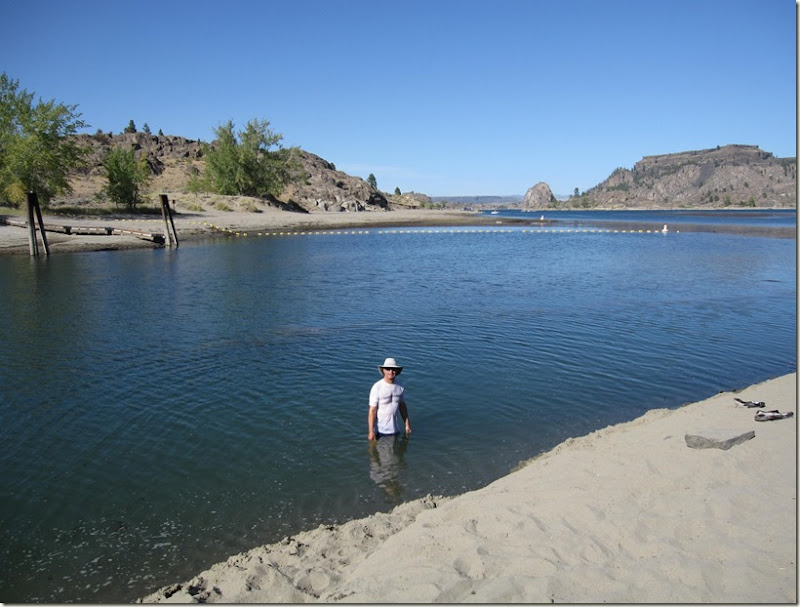 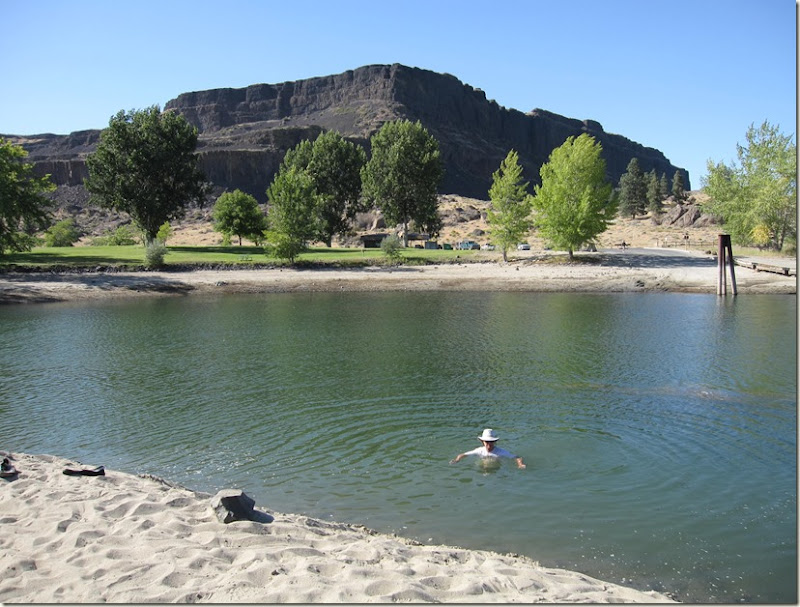 The main reason we had come here was to see the laser light show they project onto the dam every night. We had an early dinner and then went to the dam visitors center to look at the displays until the show started at 9:30 pm. The dam is about 1 mile wide and 550 feet tall. 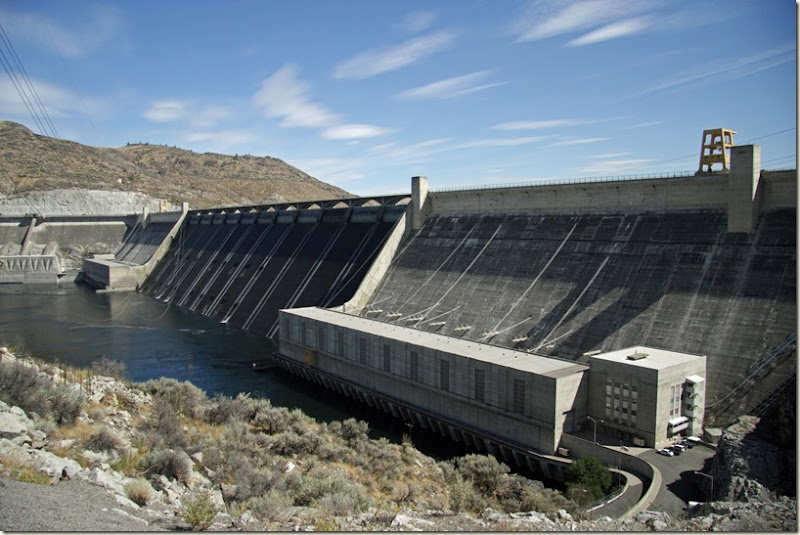 Normally no water goes over the dam but they open the gates a bit and use the water as a screen for the show. 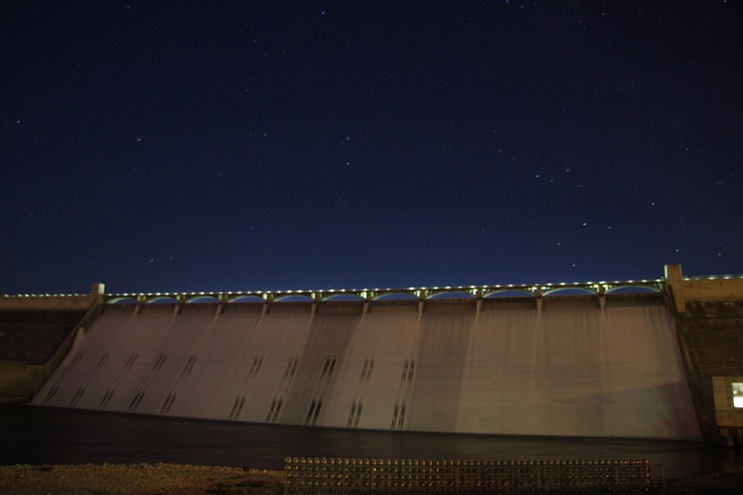 You can see the stars in the sky behind the dam in this long exposure.

The show lasted about 40 minutes and was projected from the visitors center using 4 six foot long lasers (2 argon, 2 krypton). 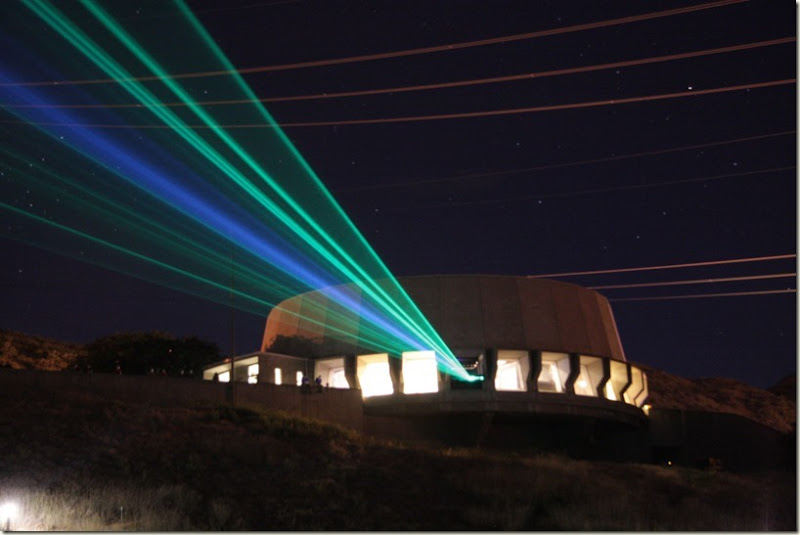 Some shots from the show. Part of the show told the story of the building of the dam. There were speakers for us to hear a narration and music. 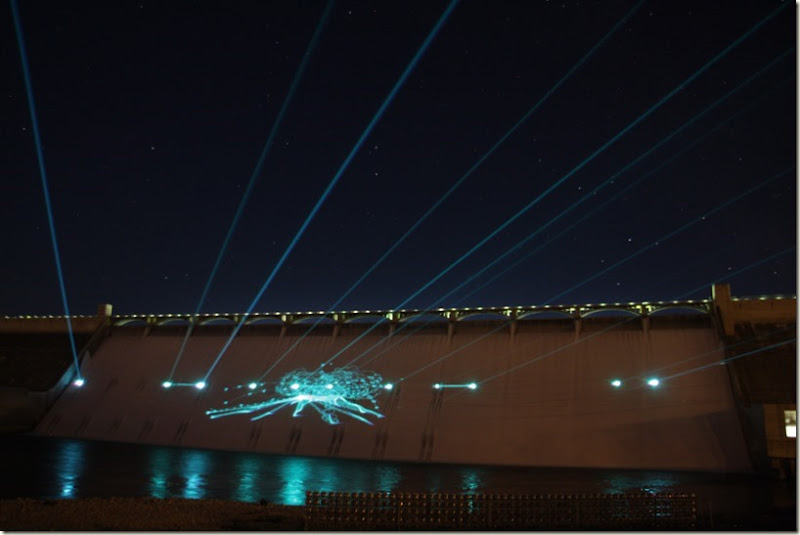 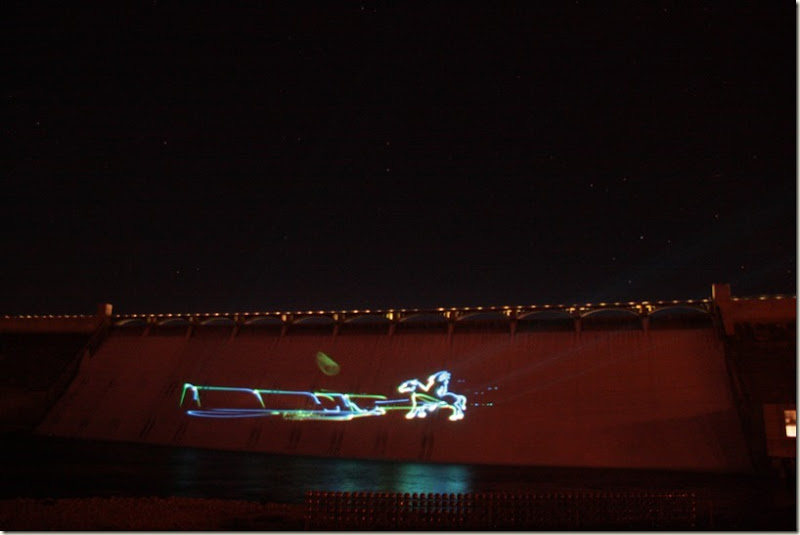 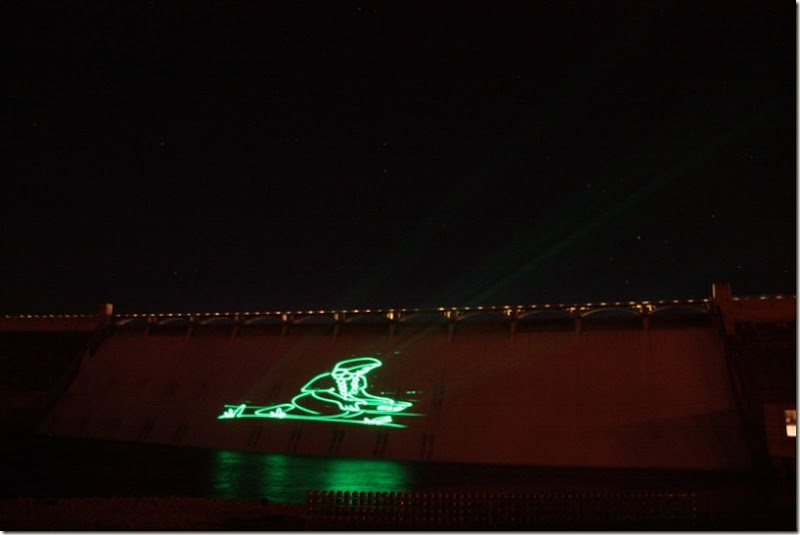 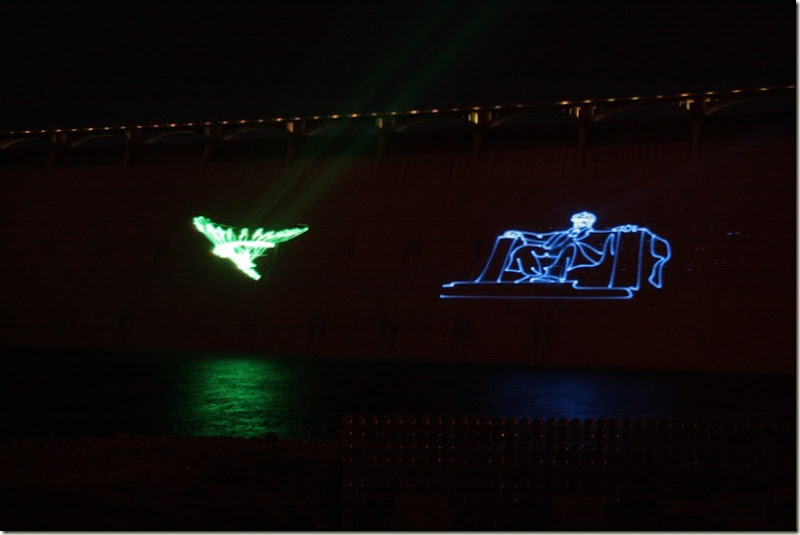 Other times they just displayed moving patterns to music. 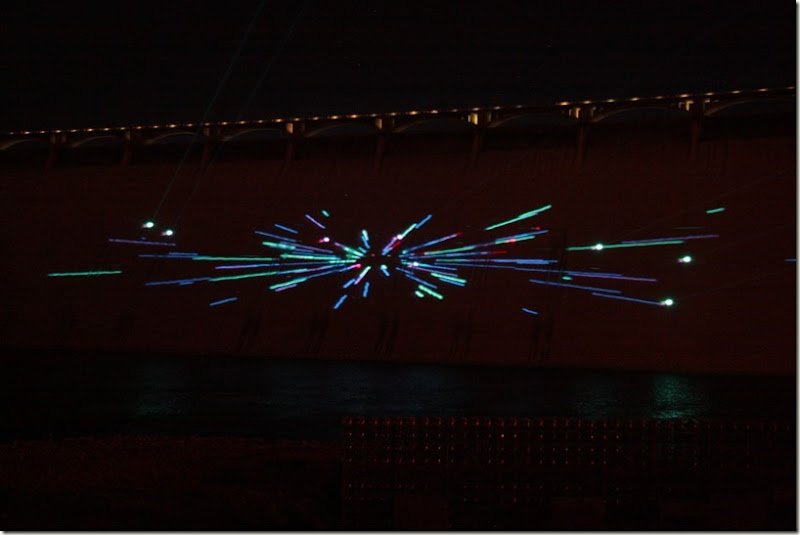 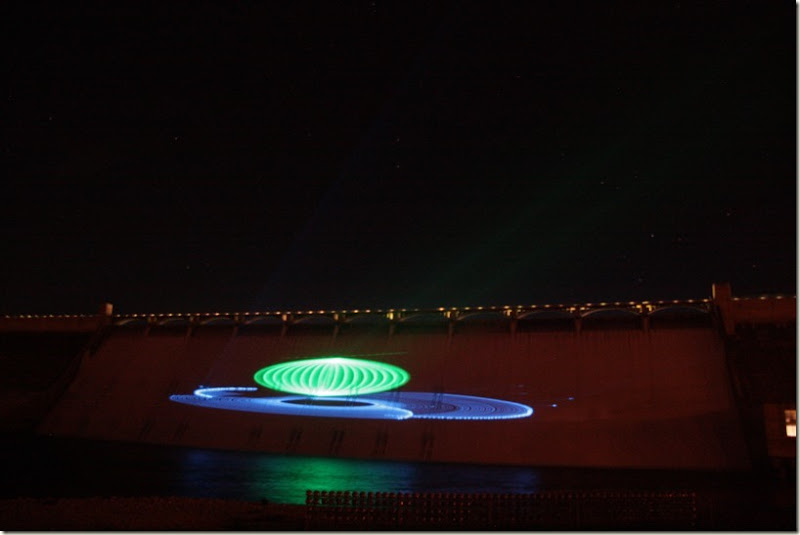 On the way home I took this shot of Steamboat Rock in the moonlight. The streak in the sky is an airplane. 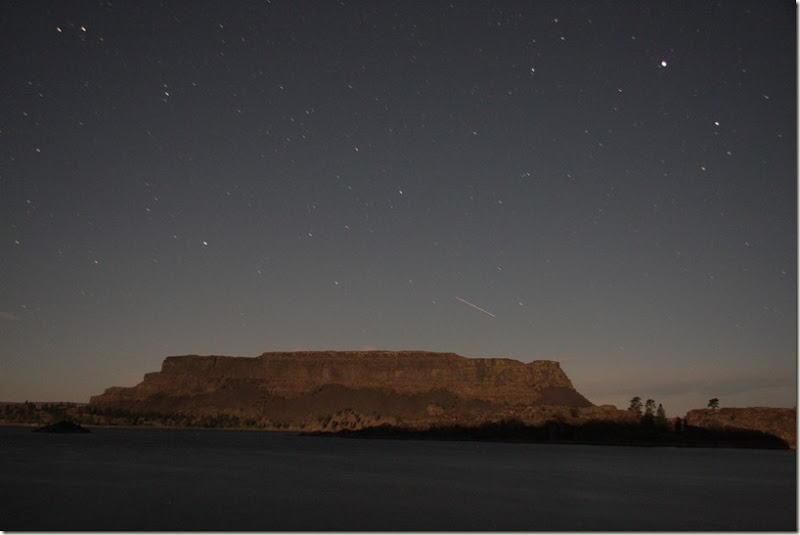