We decided to head up to the main visitors center at Paradise to check it out and get our first good views of the mountain on the way up. 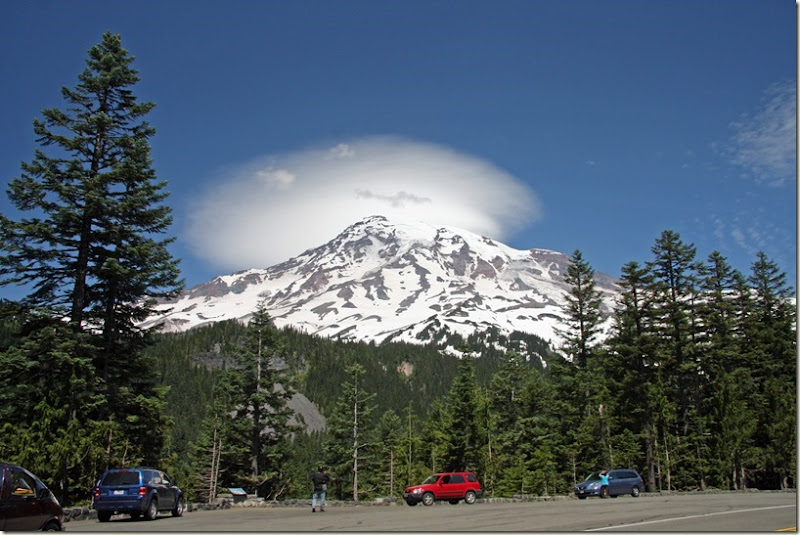 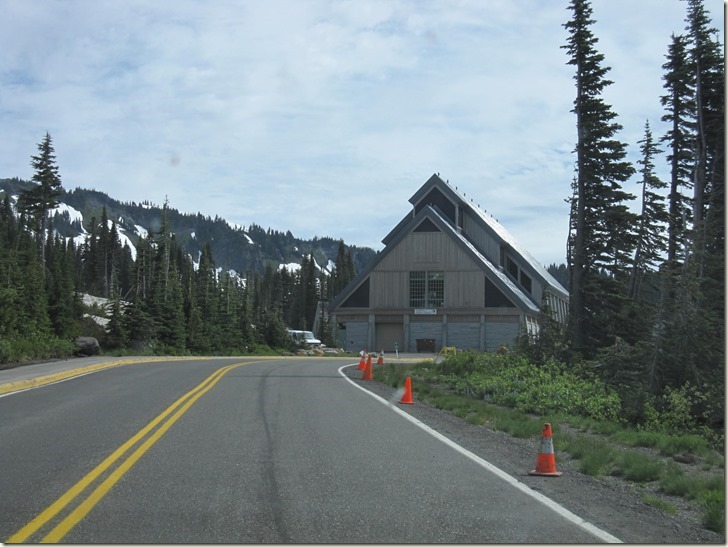 At Paradise there is one trail open, just to the top of tree covered hill in the foreground of the picture below. 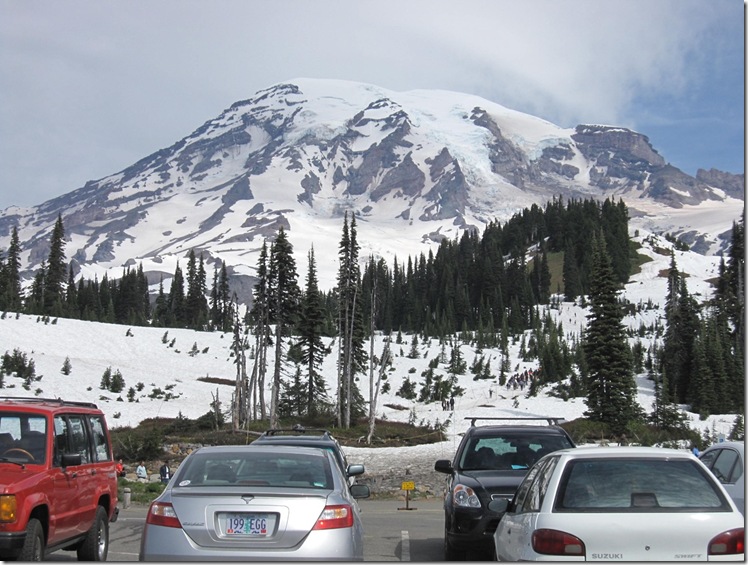 The problem is that it is still snow covered but we saw lots of people on it, most in very inappropriate clothes and footwear. There is one steep section that people were sliding on and falling down. We didn’t try it today but may buy some grippers for our shoes and come back.

We watched a movie about the mountain and got some suggestions from the rangers as to good trails to try.

This place is busy. The park gets over 2 million visitors a year mostly in July and August. Even today the parking lot right at the visitors center was full when we left and the road was a constant stream of cars. They have a huge amount of parking in an overflow lot and on the sides of the road but there a sign down at the park entrance that flashes when the lot is full saying to not bother going. We will see what it is like on the weekend.

We had lunch on the patio and then drove back down to do the 4 mile return hike to Comet Falls. At about the same length as the hike at Hurricane Ridge and only 200 feet more in elevation (900 feet) we thought that we should be able to handle it. Wrong! We just about reached our limit on this one.

The trail run up alongside the deep gorge for creek with a lot of water flowing. It was very pretty to look at. 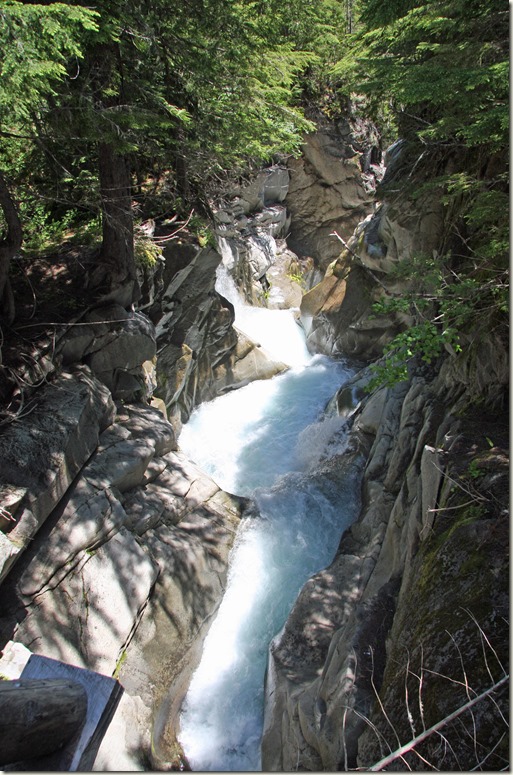 The problem was that the trail was quite rocky and it was not an even grade.  You would climb very quickly in sections, either up very steep switchbacks or straight up rock stairs. Then the trail would flatten out until you caught up with the rising gorge and up you go again.

Mike Holmes would not have approved these stairs. Very uneven and definitely not to code. 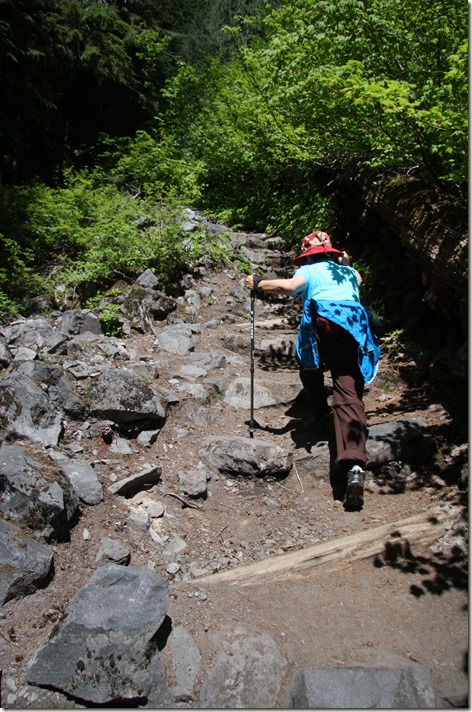 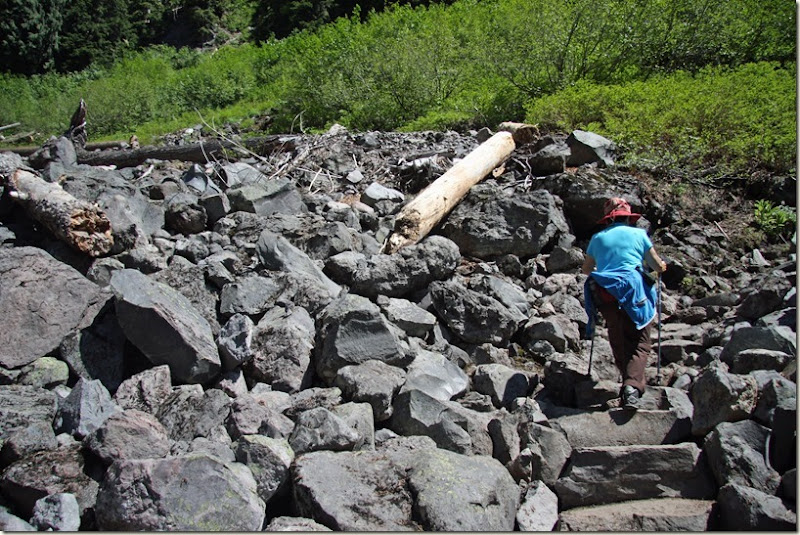 There were lots of nice wildflowers along the trail to keep Jennie’s mind off the steep edges and view down into the gorge. 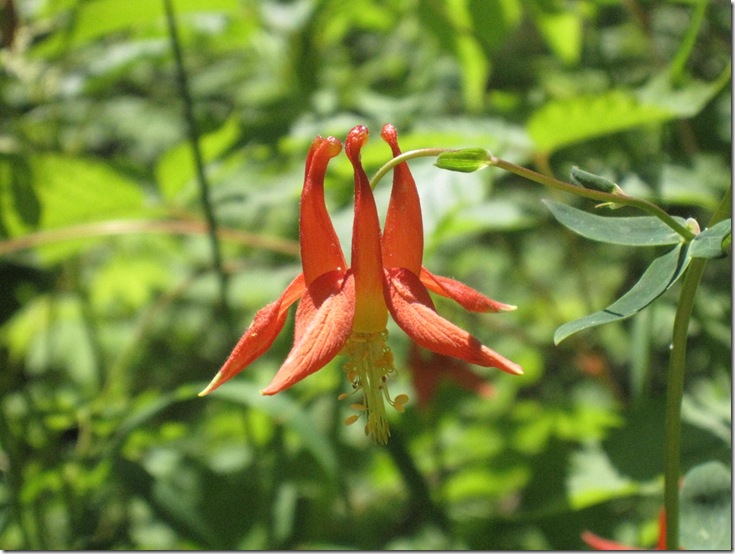 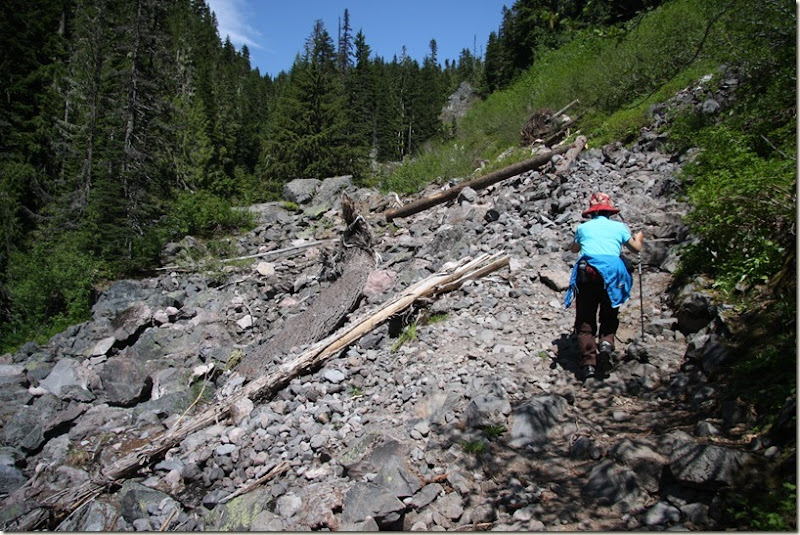 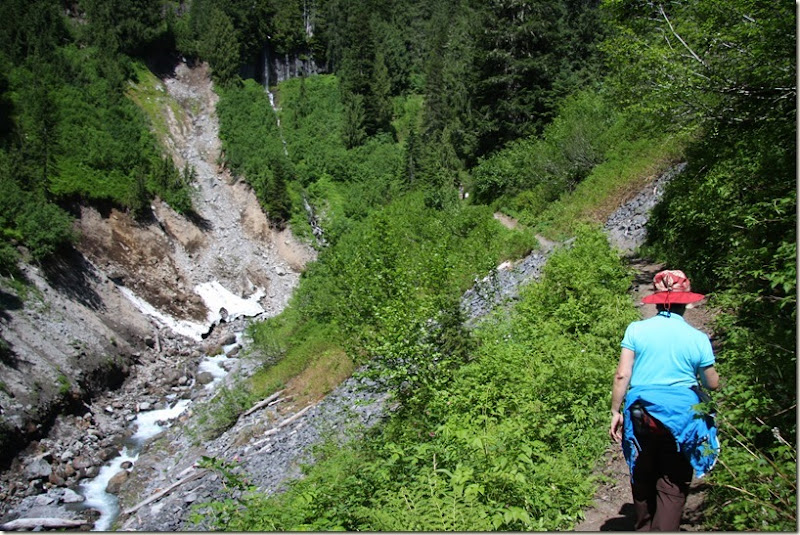 We crossed another stream and falls along the way. 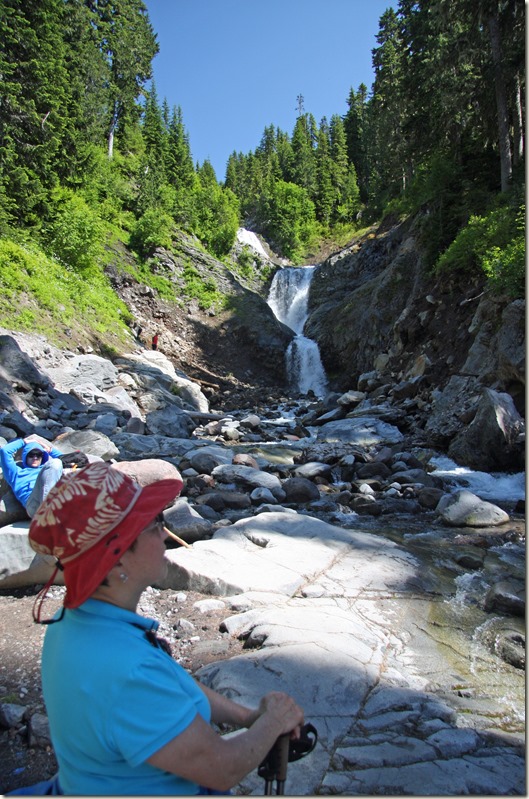 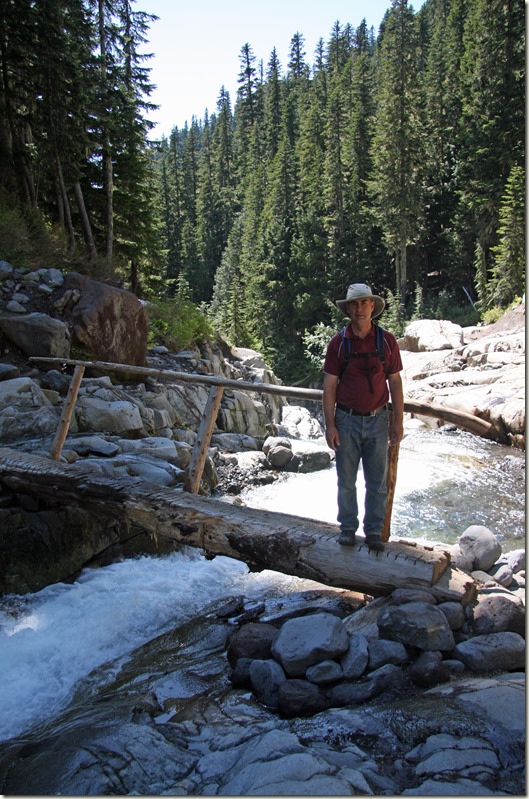 We saw this interesting moth. 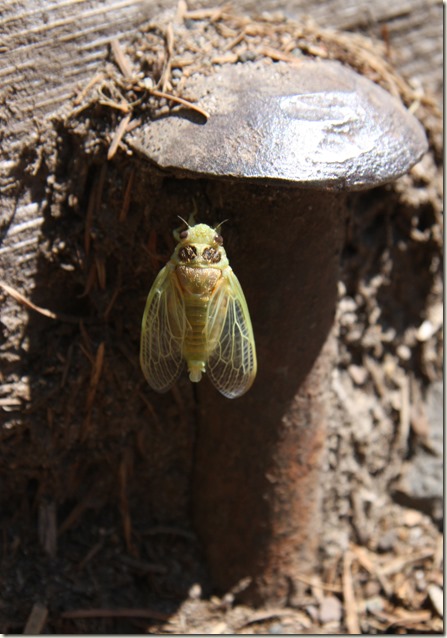 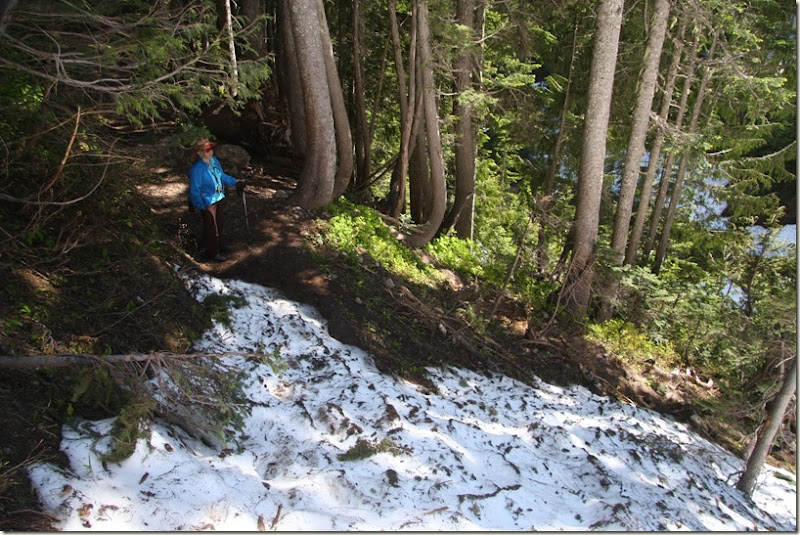 Our first view of Comet Falls. 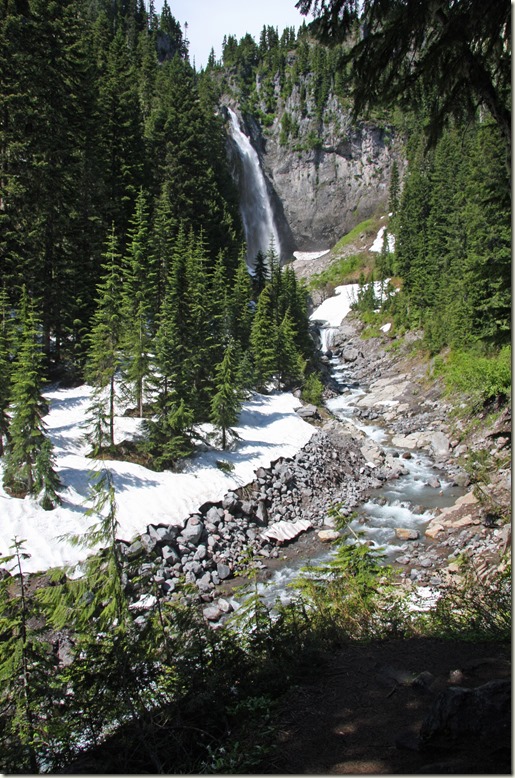 The falls themselves were quite impressive at 320 feet tall. For size comparison there are two people walking below the falls in the picture below. 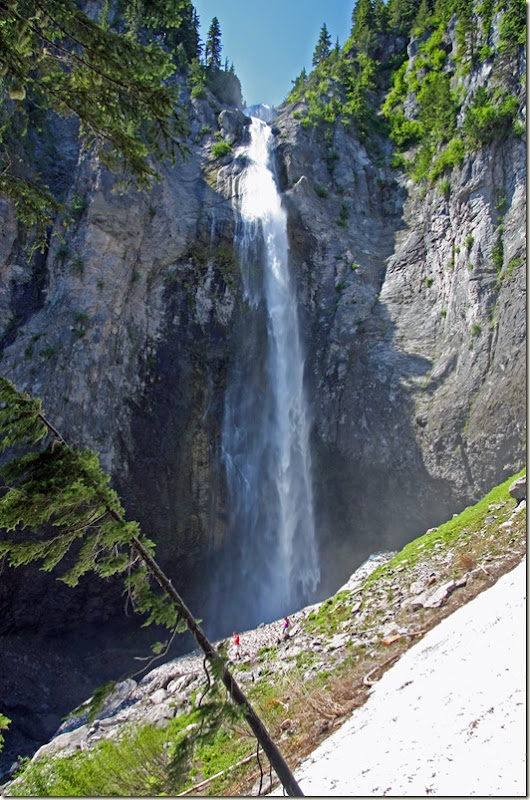 Talking to the ranger she said her son runs the trail in about an hour. Normal time is 3 hours. We took 4. On the way back we saw a guy going up with his young daughter riding on his shoulders. I don’t know how he did it.

If we hadn’t already seen a lot of falls this would have been worth it but we were just wiped out at the end.