The area around here really reminds me of cottage country in Ontario. We could easily be in Barrie or Orillia so not a lot of scenery shots.

Last summer we brought our tandem bicycle with us but only had about 3 opportunities that we really wanted to use it. It was a pain to take on and off the top of the CRV so this year we left it at home but today seemed like a good day for a bike ride so we went and rented one. Not in the same class as our bike since it had the big fat tires and wide cushy seats but for a short ride along the lake front it was great.

We rented it downtown and then rode about 3 miles to the east until we got to a long hill that the bike did not have a low enough gear for us to go up. So we headed back to town and had lunch at the beach. 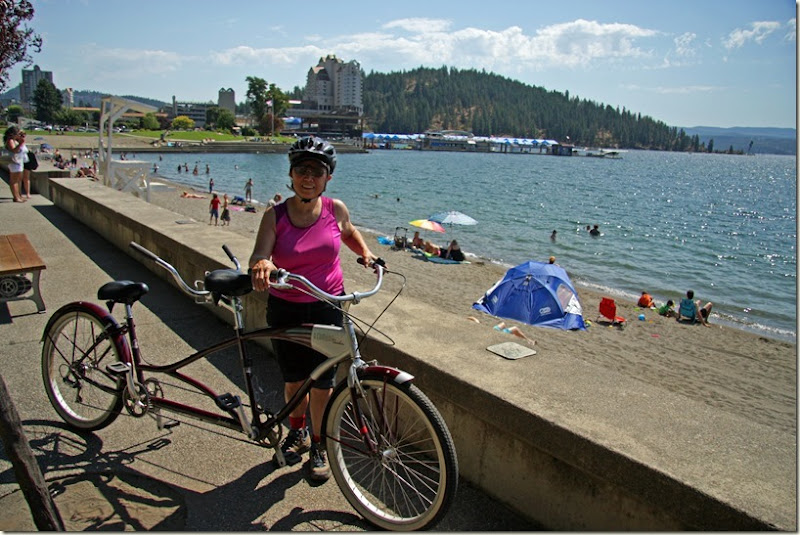 Jennie went down to test the water. Too cold for her. 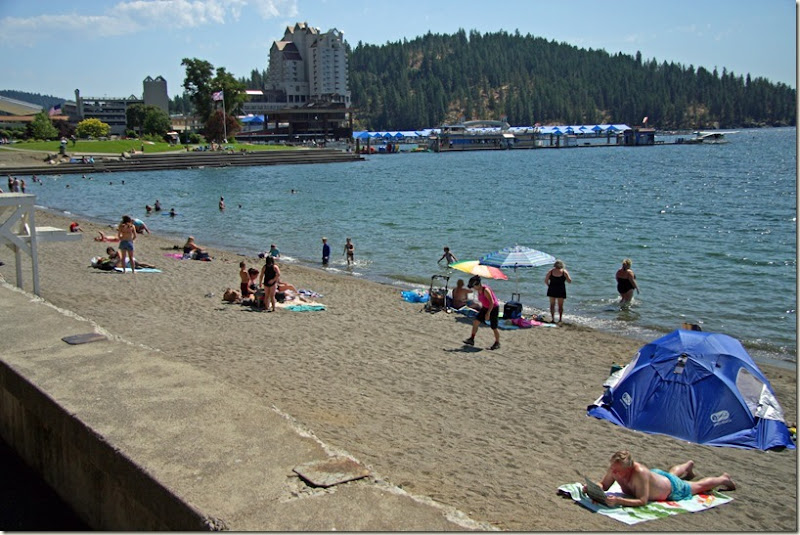 Then we rode about another 3 miles to the west to a nice little park. The trail continues on to Spokane for about 30 miles but it seemed the next section just went along beside the interstate so we turned back. 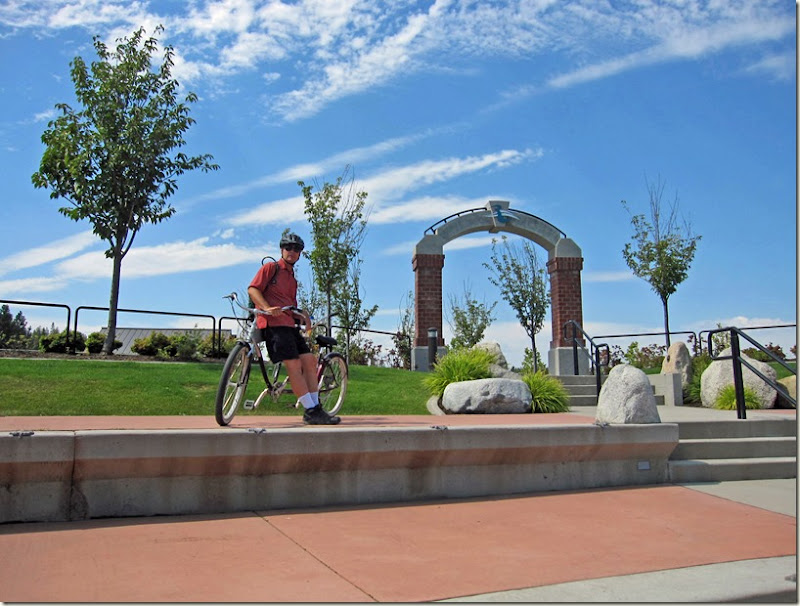 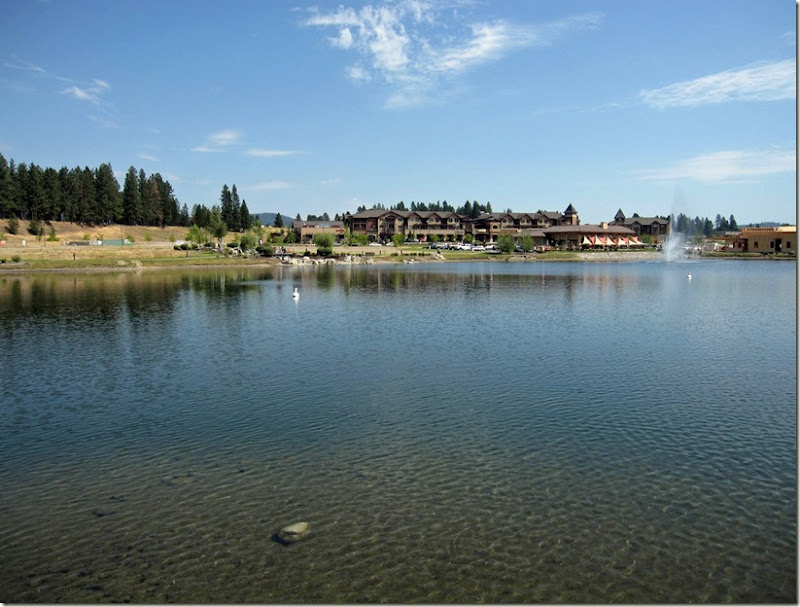 Kind of a short ride but it was another nice day and it was great to be on a bike again.

After returning the rented tandem we saw two very young girls selling lemon and raspberry sorbet on the street (upscale lemonade). They were cute so we bought a lemon raspberry swirl from them.  It was very refreshing after a 3 hour bike ride. I’m kicking myself for not taking a picture.

On the way home we succumbed to the smell of a BBQ smoker. 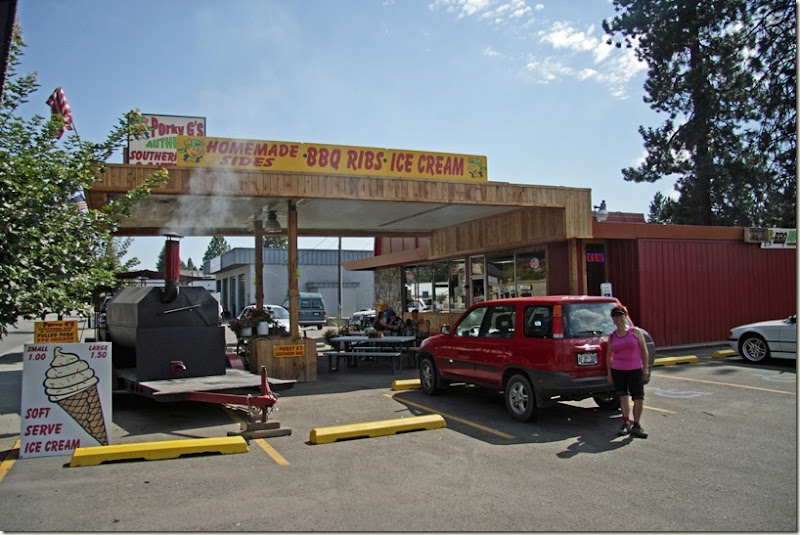 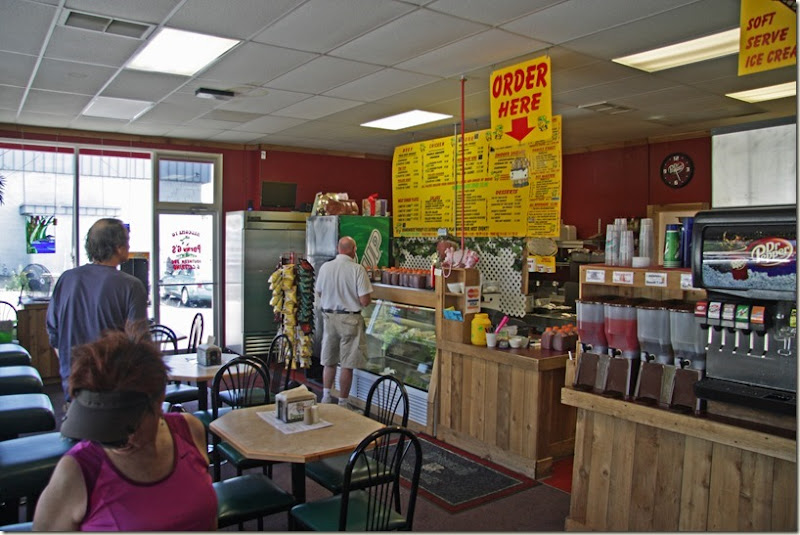 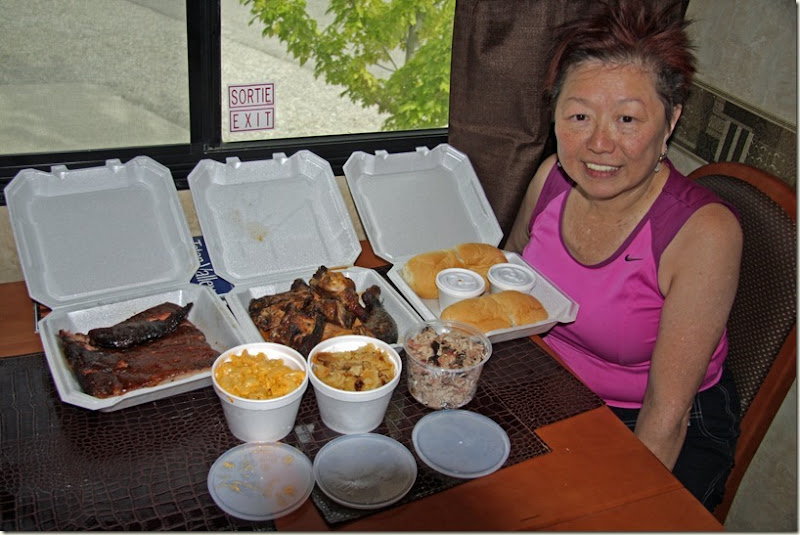 We got 6 ribs, 8 pieces of chicken, tubs of smoked pulled pork, aux gratin potatoes, mac and cheese for $30. The menu said this served from 1 to 4 people. ONE PERSON??? We figure we will get about 4 meals at least out of this. The first meal was great.

Today we spent most of the day doing chores and planning for the next few weeks at Glacier and Yellowstone National Parks.

Just to get outside for a bit we went for a walk at a small park by the river near the campground. What used to be a waterfall is now a small dam and power station. 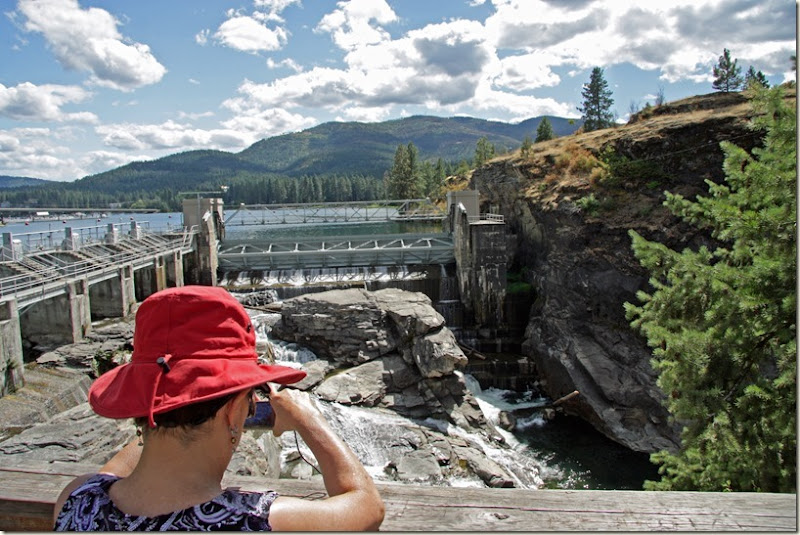 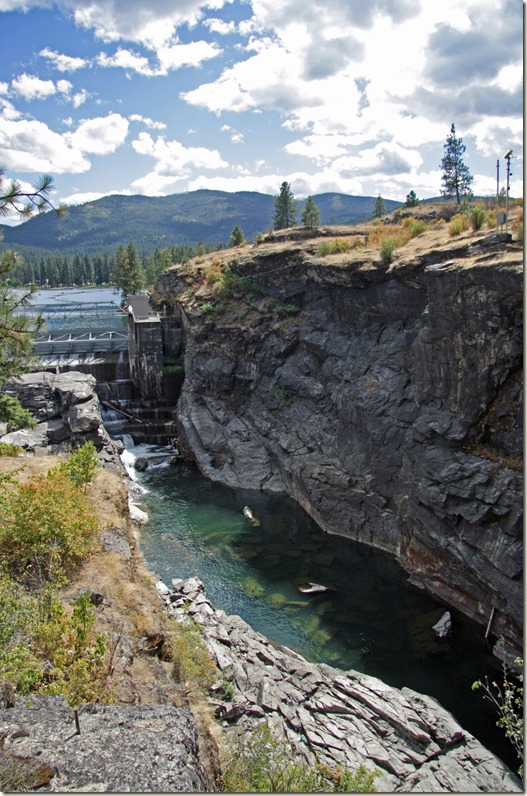 There used to be a water powered lumber mill here and this old sluice gate was left in a dry gully. 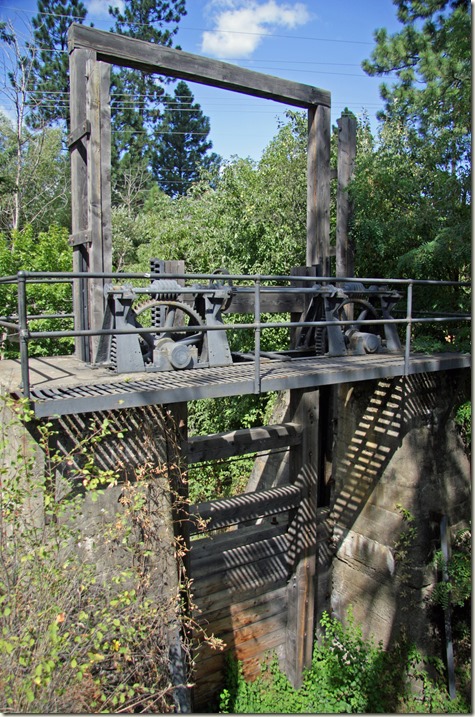 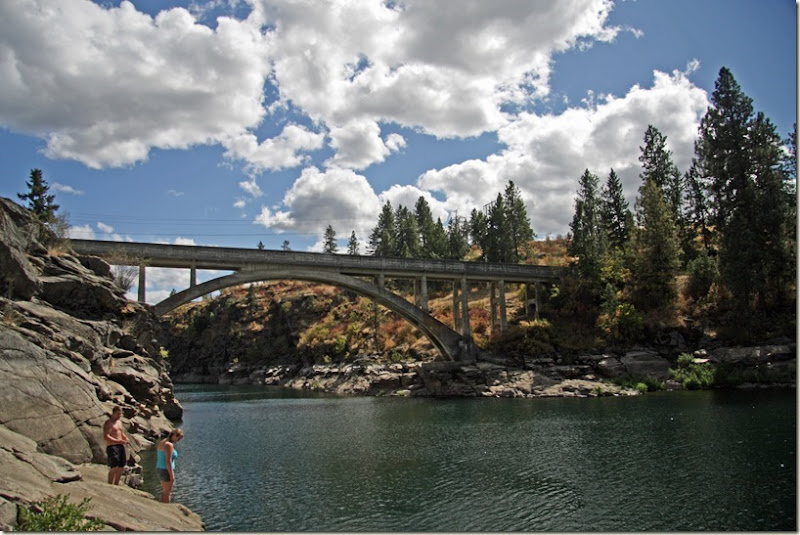 Back to the RV for a nap and some more BBQ.