Yikes, I have been reading the blog of some people that are about 4 days driving ahead of us.They have been driving and staying in a snow storm and are stuck at Fort Nelson, in northern BC, for a few days because a bit ahead of them, at the highest point on the Alaska highway, there is 2 feet of snow and the road is closed. Hmmm.

Last night is was quite cold and rained most of the night. It doesn’t bother us much but we felt bad for the family with 2 kids that joined us in the RV area. They were staying in a tent trailer. Brrrr.

Today we did the short jump of to the western side of Edmonton to the Glowing Embers RV Park, mainly to fill with water, empty the tanks and be close to the West Edmonton Mall. 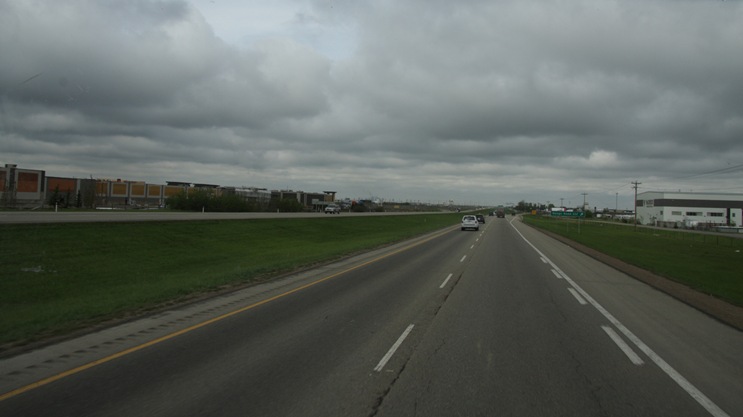 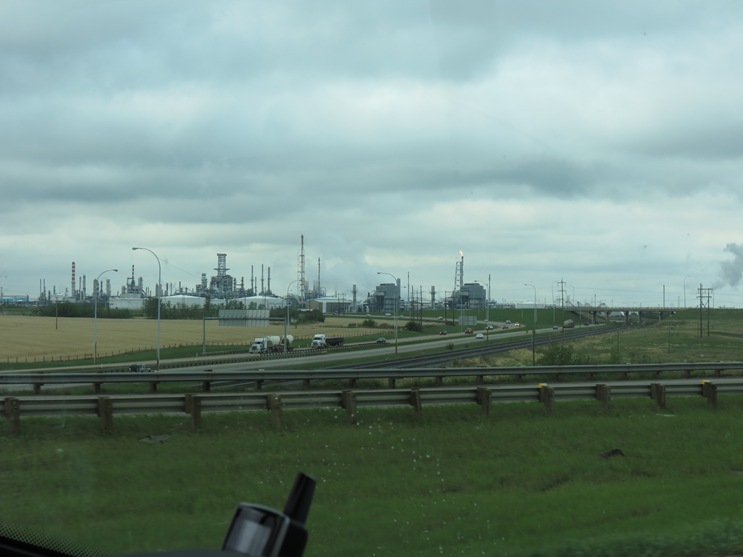 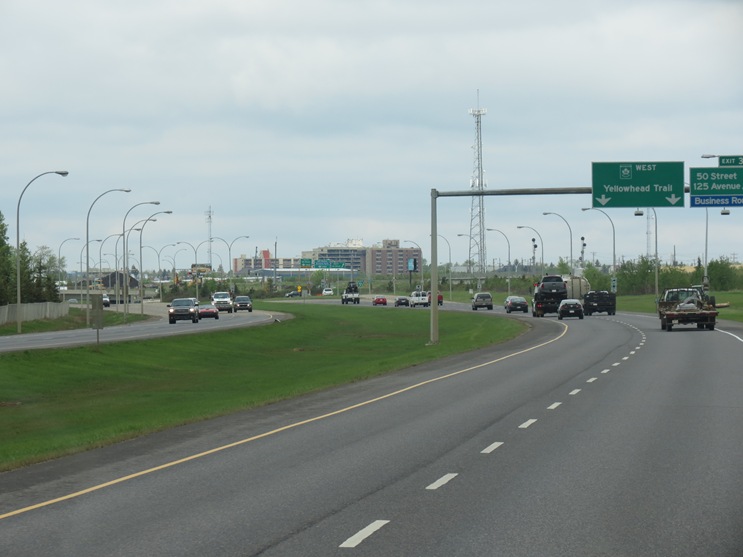 They really like their RVs around here. This place is very large and most of the sites seemed to be here for the summer. 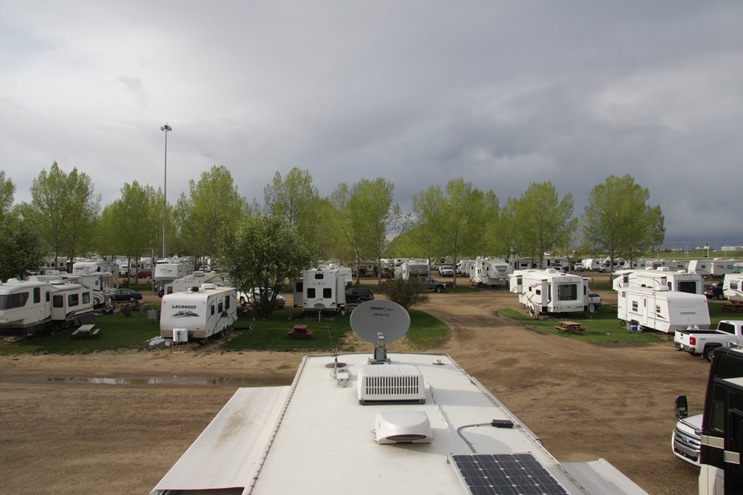 Here is the storage lot behind the park. We saw several more of these lots with many hundreds of RVs on the way into the city. 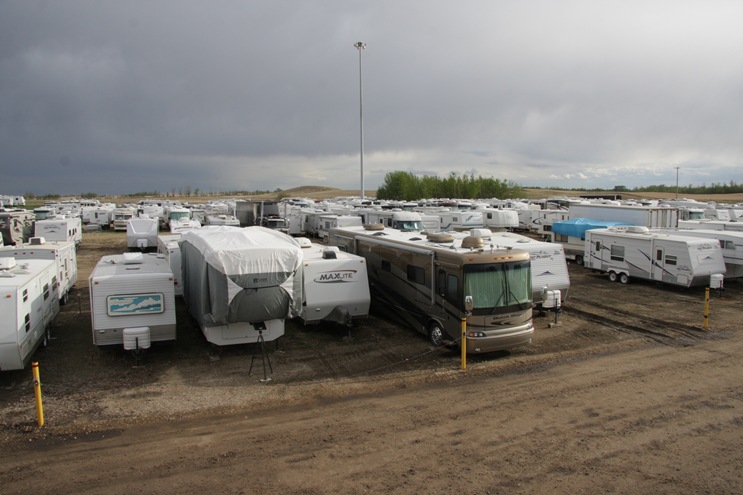 The place is huge but somehow it didn’t seem as big as the hype made me think it would be. The amusement areas were kind of interesting though.

The Pirate Bay, complete with bumper boats and a sea lion show. I think this is also where the submarine runs but we didn’t see it. 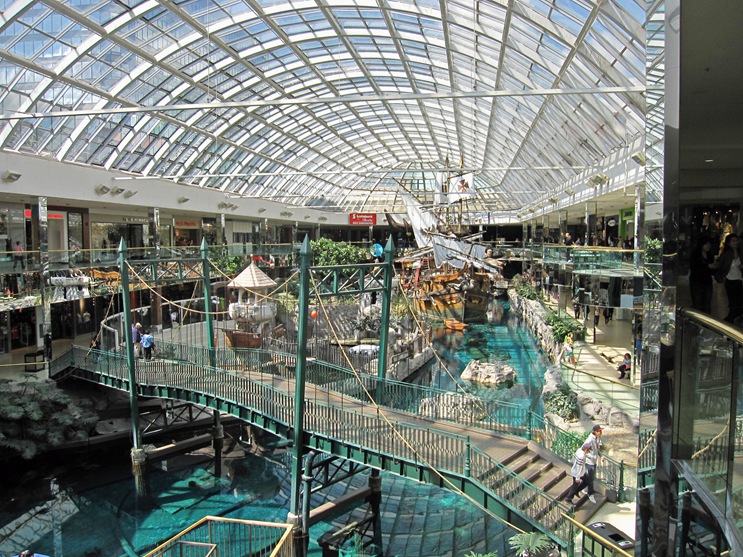 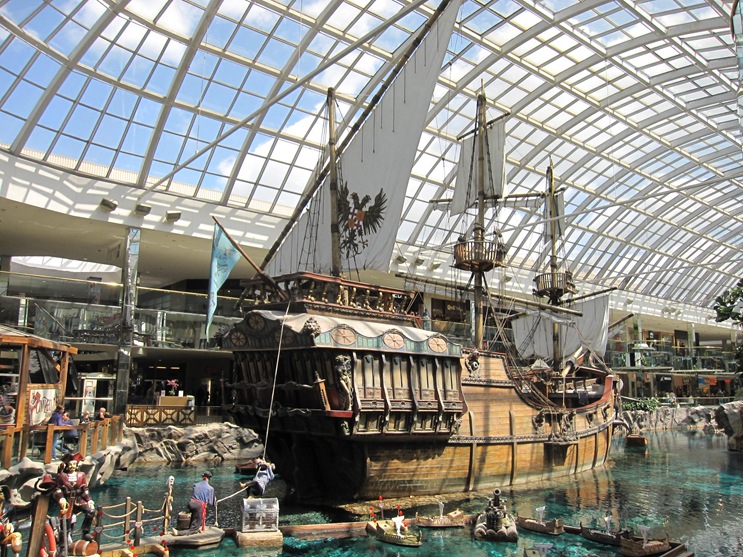 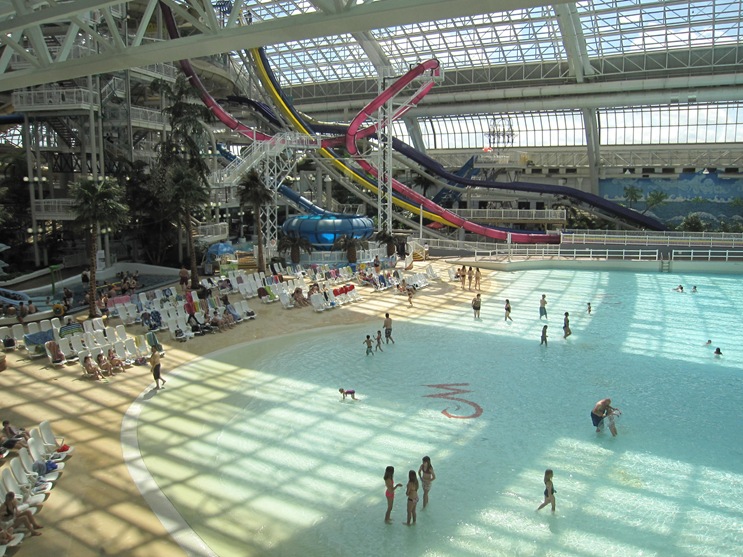 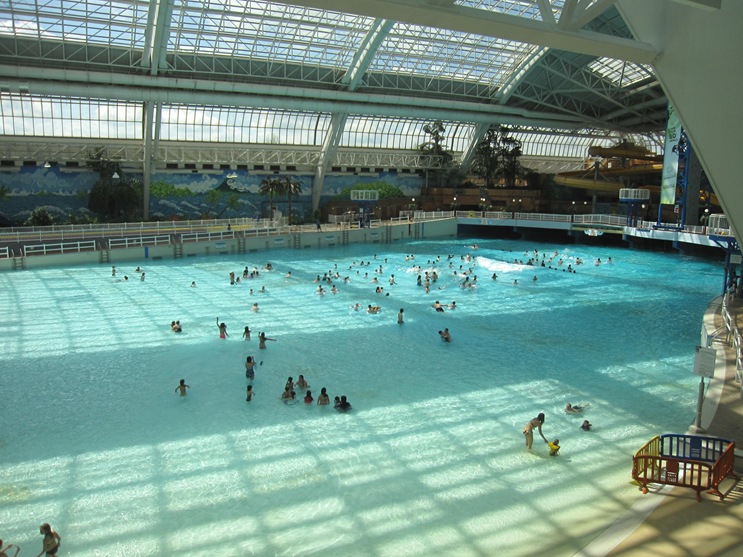 Someone getting a figure skating lesson at the rink. 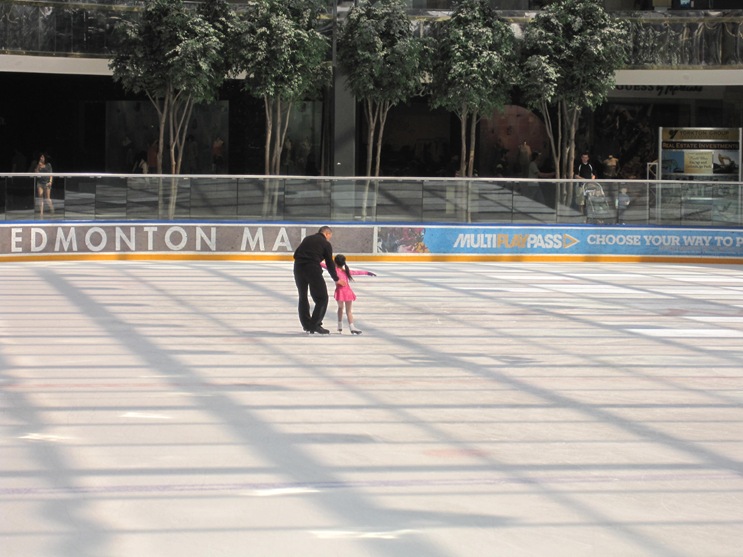 And the mini golf area. 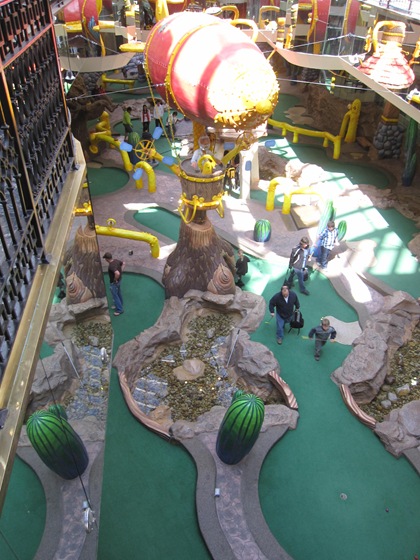 In this section you attached yourself to a rope on rails above you and then climbed up and down this apparatus on narrow beams, wobbly bridges, etc. 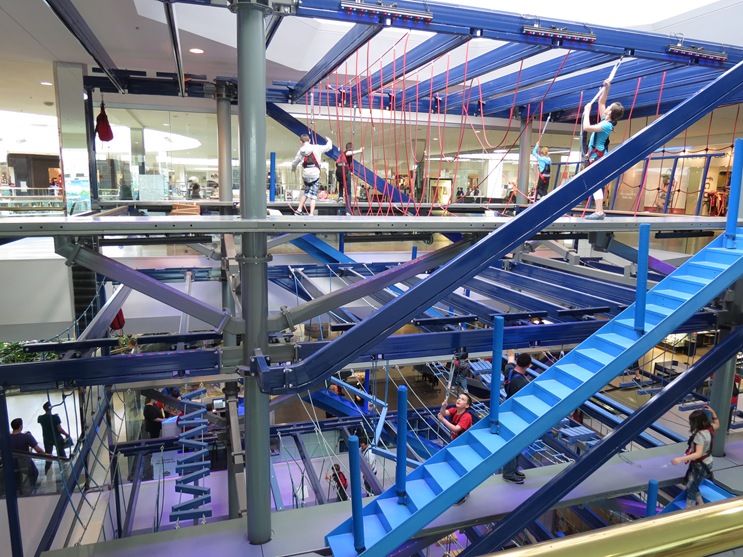 There were all the usual stores, mostly clothing, but Jennie said a lot of the styles were different than what she has seen in Toronto. 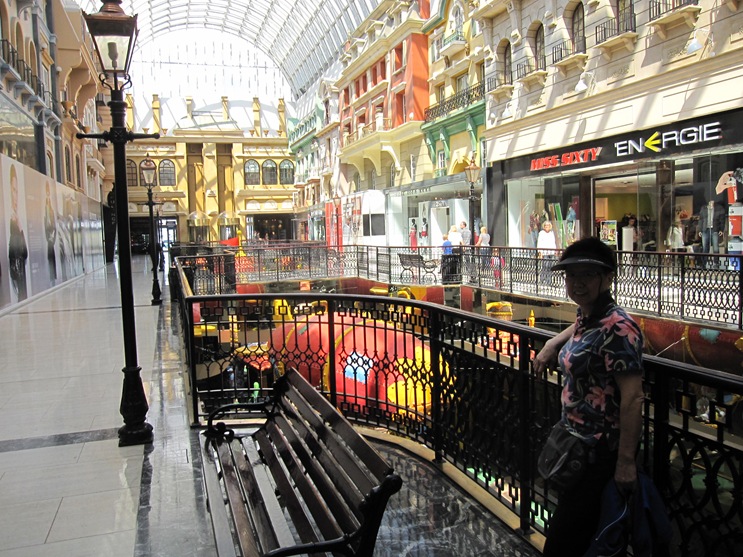 Unusually, it was me that made the large purchases. I had worn out my hiking shoes last year so I found some new ones. I also got a small 13” battery powered TV. Jennie’s 32 inch TV draws too much power when we are on batteries for her to watch as much as she wants. This new one uses far less. It will just sit on her desk when we don’t have a power hookup. It was on sale for $89 at a place called London Drugs. Jennie had been looking for a stylus for her iPad and the Source and the Apple store were out. A guy at the Apple store said to try London Drugs. We would never have thought to try a drug store but they had a bit of everything.

There was also a huge Chinese grocery store, T & T, in the mall so we stocked up on all things we haven’t been able to find since we left.

We will do some more looking around tomorrow.

The weather here is not bad, highs in the mid teens and lows in the low single digits. We will probably move farther north slower than I had planned. Oh well, we have lots of time.