We slept in pretty late today and then went for a hike around Miles Canyon, just outside of the city. One of the nearby mountains oozed some lava which turned into basalt columns. A river then carved a gorge between two lakes.

First you have to walk across this slightly shaky suspension bridge. 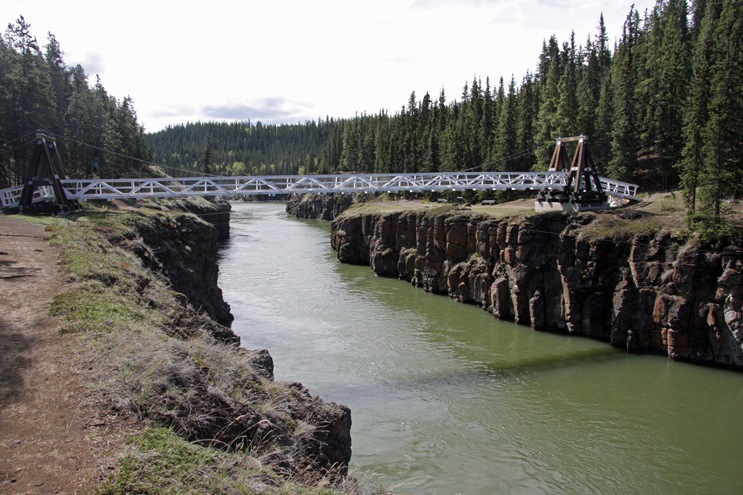 Carefully. It was windy as well. 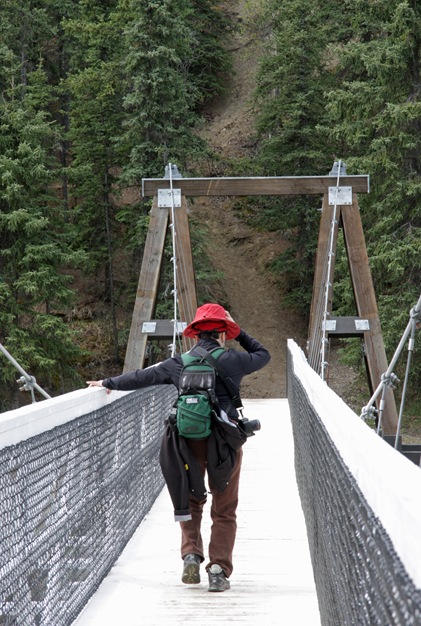 Once across, we did a trail that hugged the cliff going upstream, looped back through the forest to come back along the cliff from downstream. 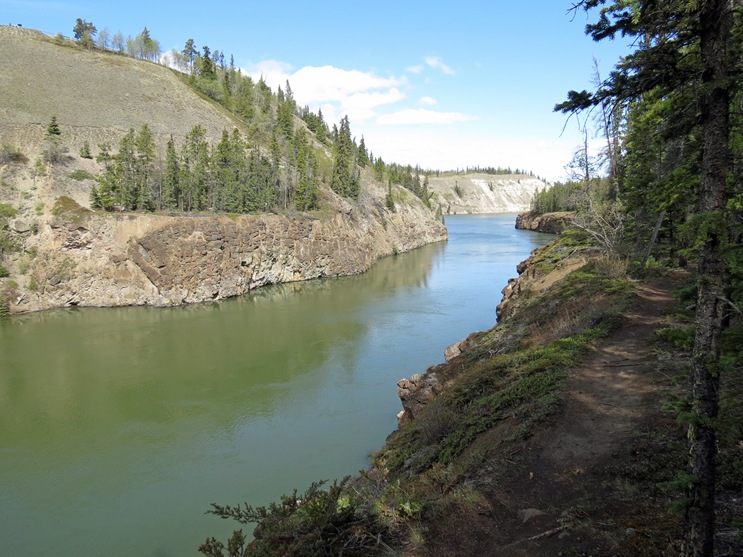 Lots of wildflowers were out. 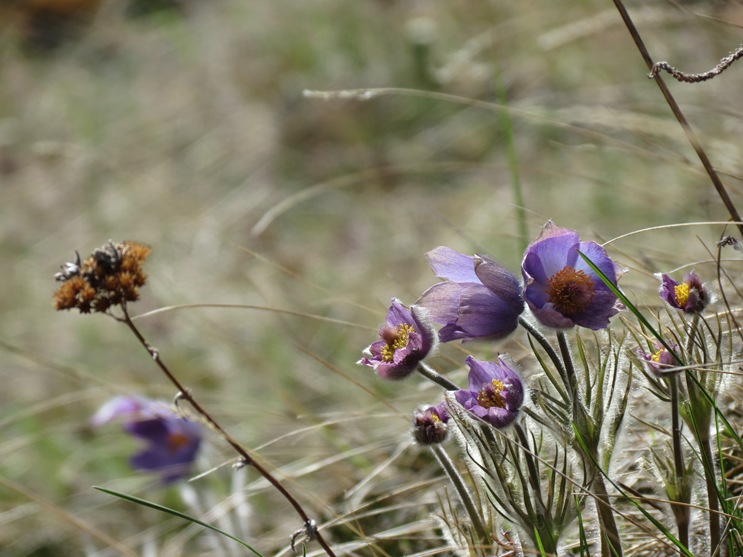 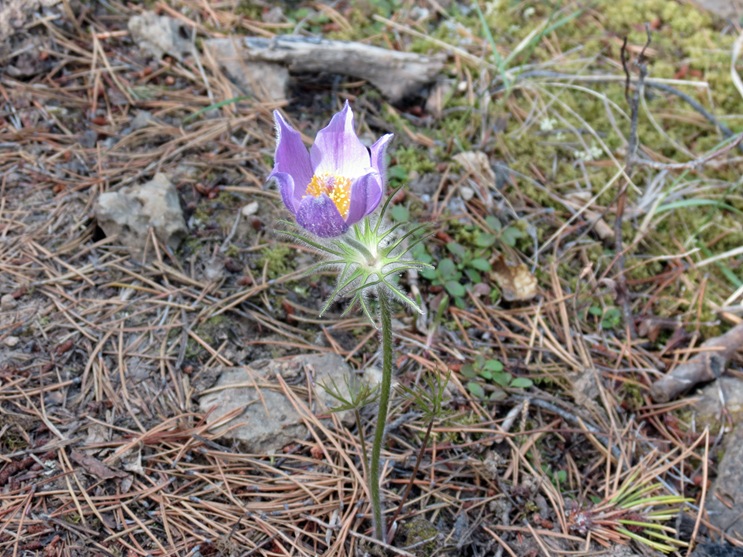 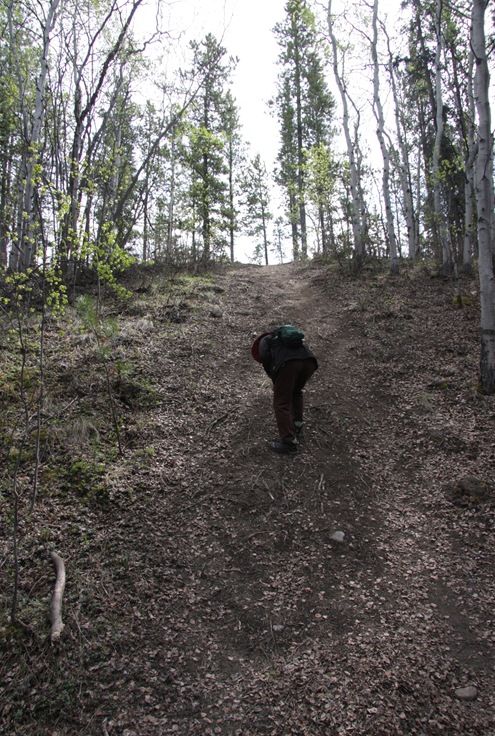 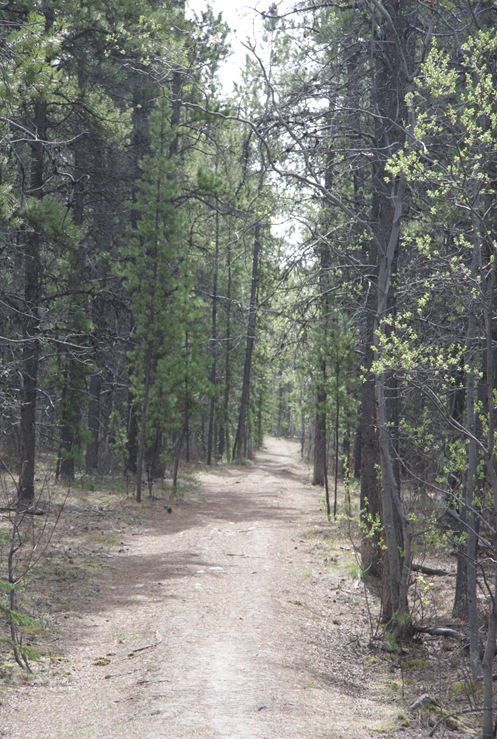 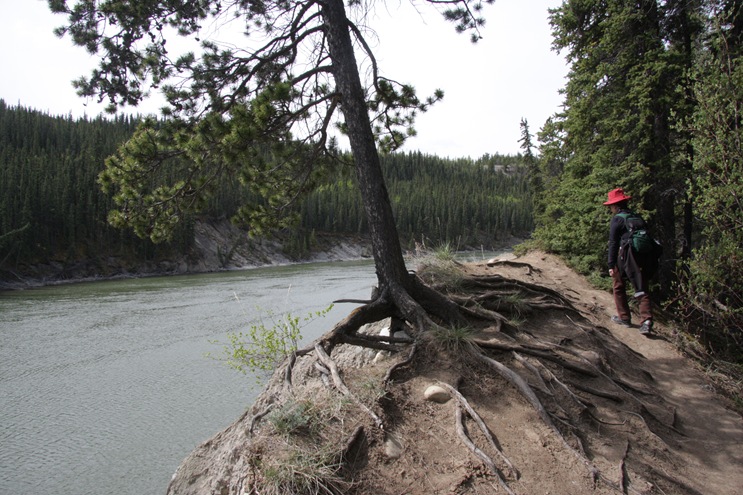 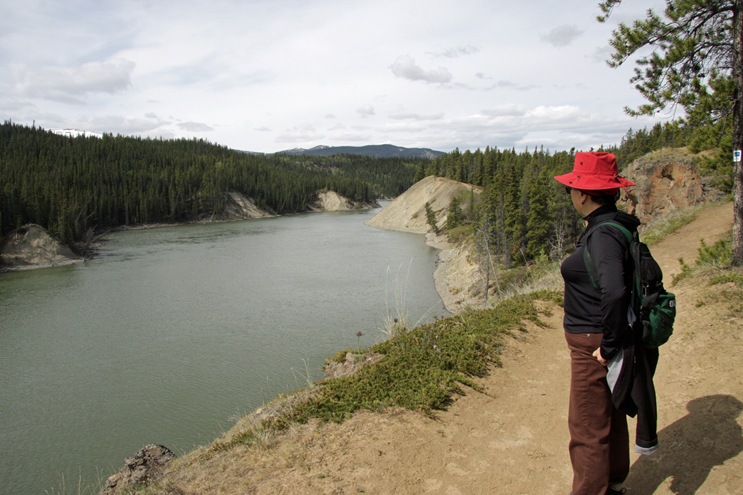 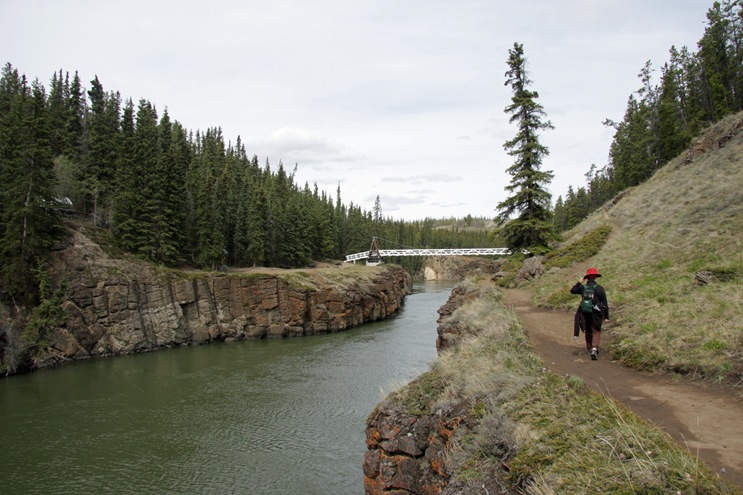 We had a picnic lunch at a viewpoint looking back down on the hiking area. 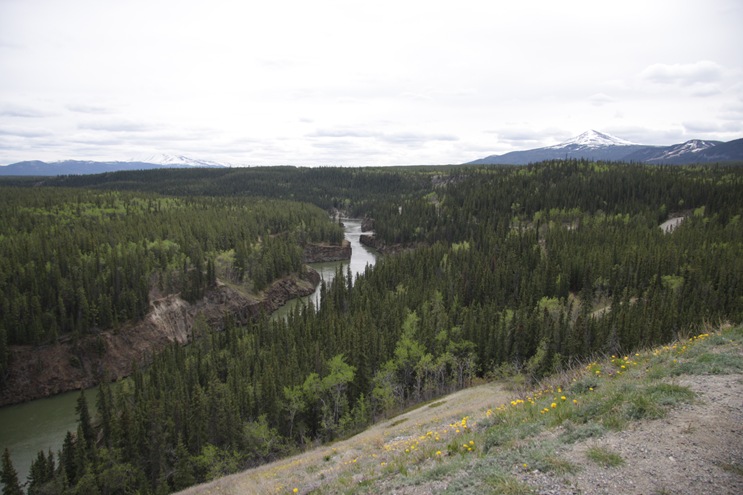 We then went for a tour of the SS Klondike, a steam powered paddle wheeler that carried cargo and people between here and Dawson City before there was a road. It is over 200 feet long and could carry about 300 tons of goods yet only needed 40 inches of water. The river is very shallow in places. It ran from the 1930’s to 1955. 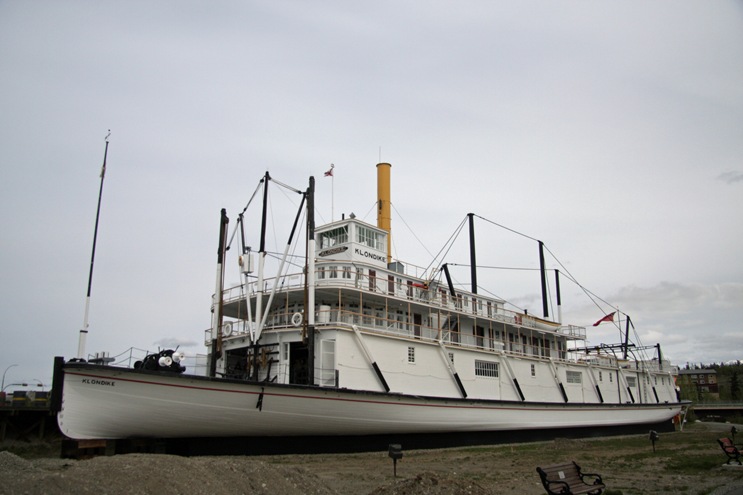 It is a national historic site run by Parks Canada, so we got in “free” with the annual pass we had purchased. We signed up for the guided tour. 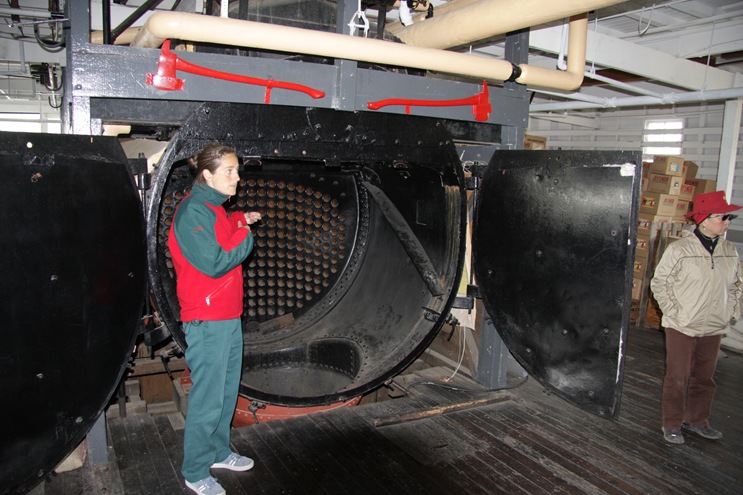 Here is one cord of wood. The boiler would need to be fed, by hand, one pile like this every 1/2 hour. 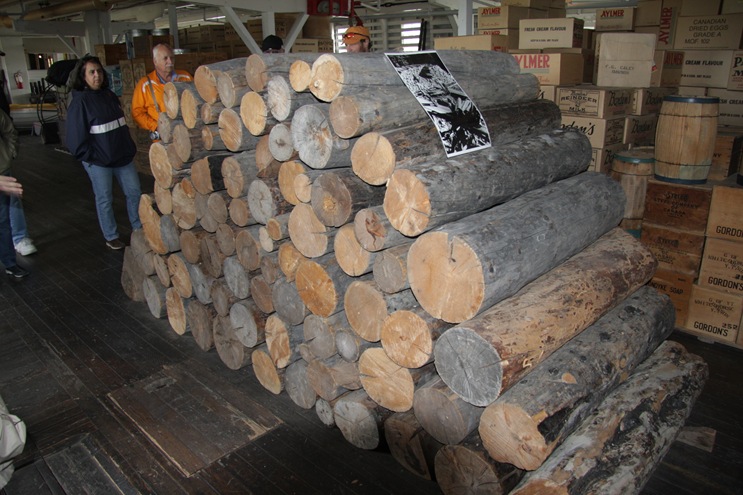 The crew, cargo and second class passengers stayed and slept on the lower deck. 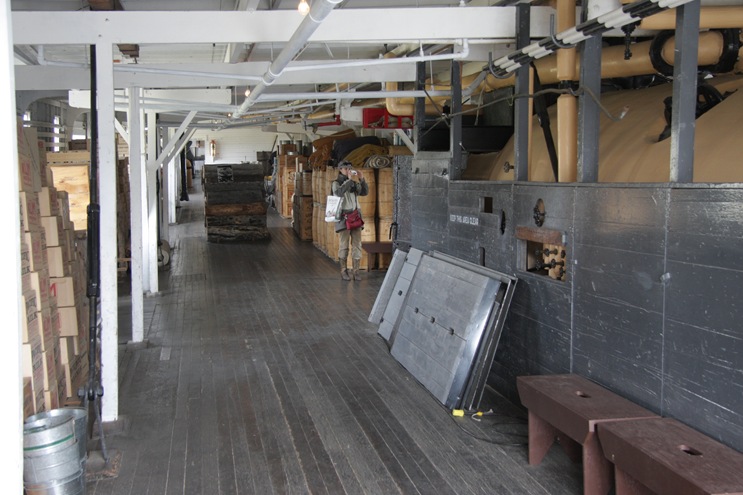 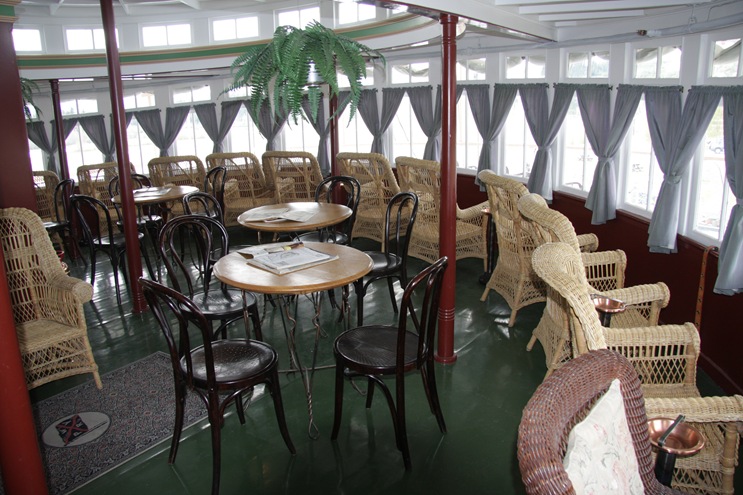 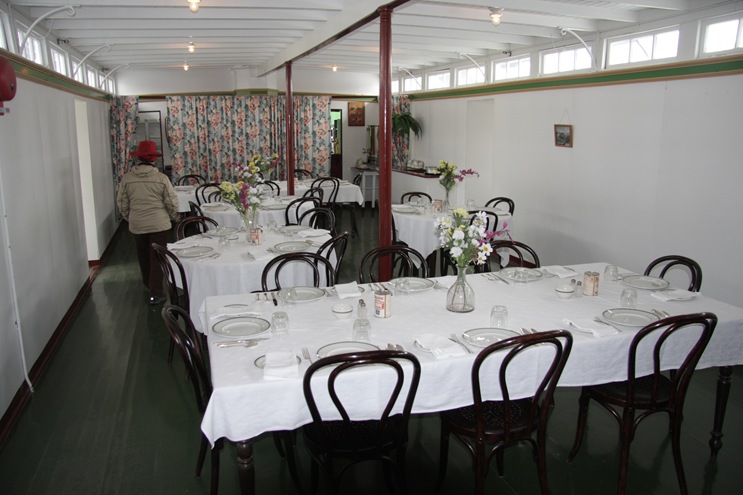 Guess what this funnel was for. Chamber pots! 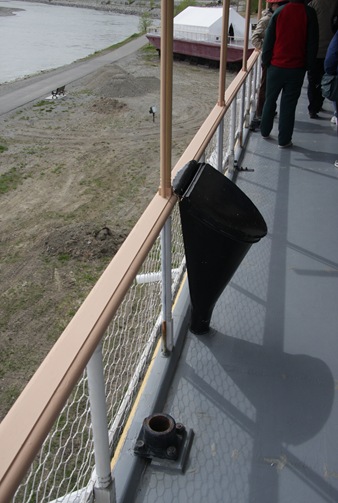 Up into the wheelhouse. 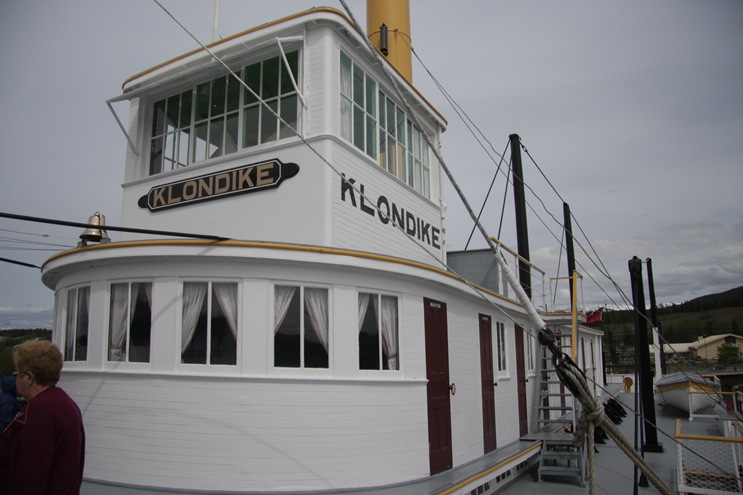 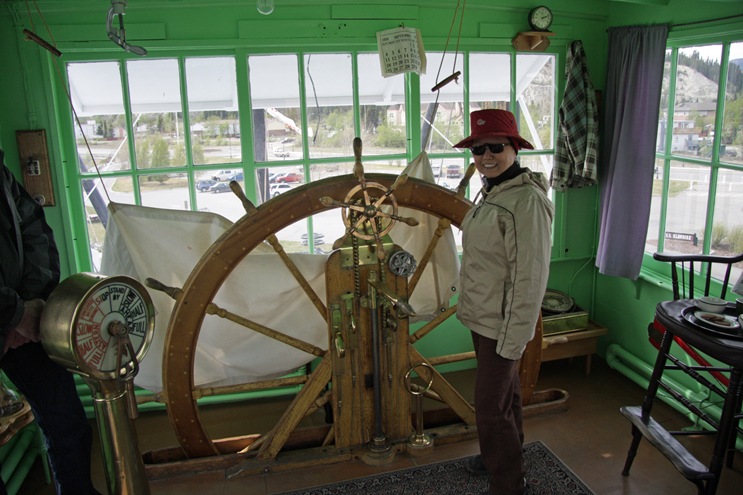 Occasionally then would run up on sandbars. To get off, they would lower these two poles over the side and jack the front of the boat up. The poles could pivot a bit and they would back up and then repeat until they were off. 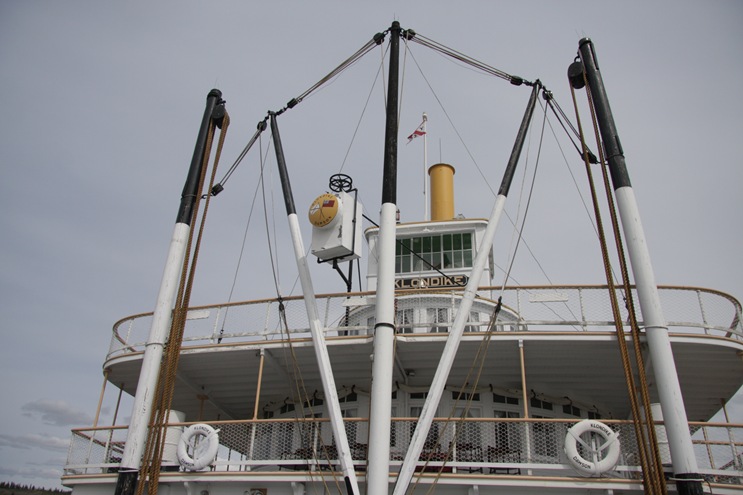 The business end. It’s hard to believe those tiny rudders could control that long boat, especially one with a flat bottom and no keel. 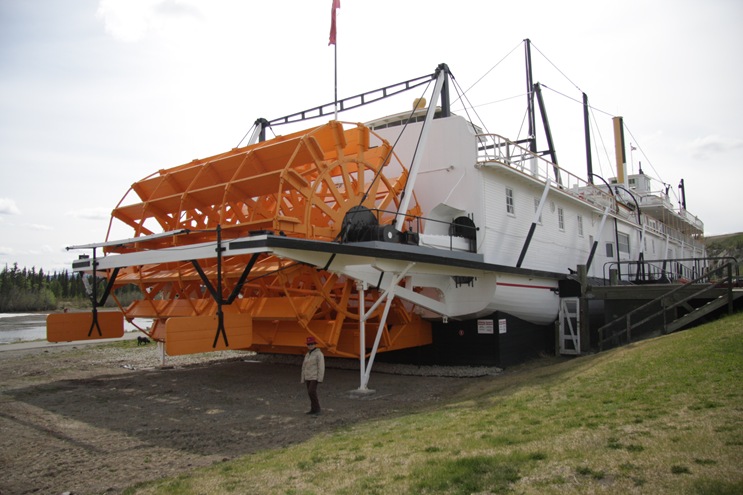 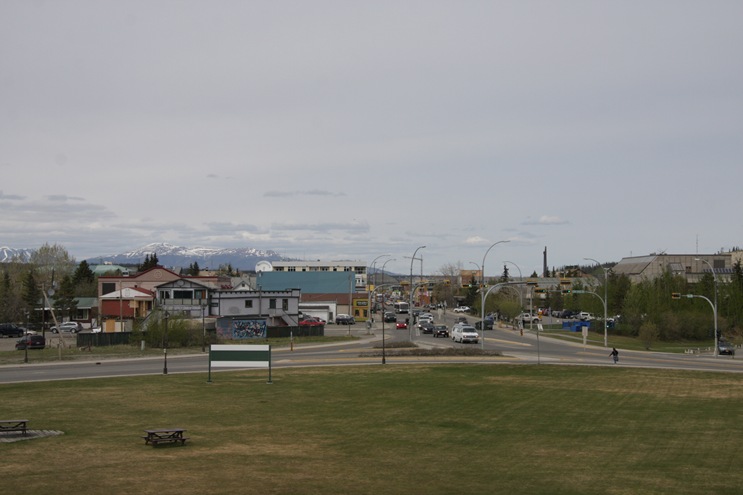 The books said there was a scenic viewpoint up one of the mountains. The road went from paved to gravel to very uneven and rocky. We decided it wasn’t worth possibly damaging the CRV at this early stage and headed back to the RV and had a nice steak dinner.

Our body time clocks are way off here. Besides the 3 hour time difference from home, it is light very late and very early. Today the sun sets at around 11pm and rises at about 5am, meaning the birds start up about then as well. It never gets really dark.