As I said we are headed in the direction of Dawson City but decided to take a little side to to see the old mining town of Keno City. The road is paved as far as Mayo so that is as far as we took the RV.

A fairly easy drive following the Yukon River valley. As we are going downstream, the road is mostly downhill. 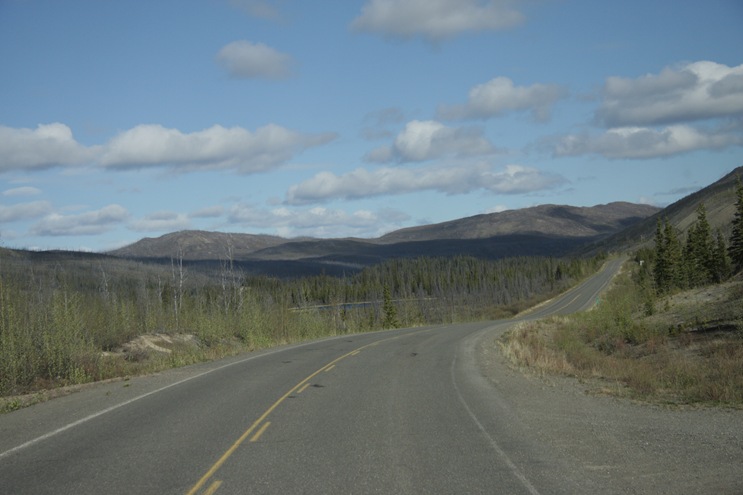 The highway goes beside the famous Lake Laberge (from the poem The Cremation of Sam McGee by Robert Service) but never did see it. We did see the deep blue of Fox Lake. 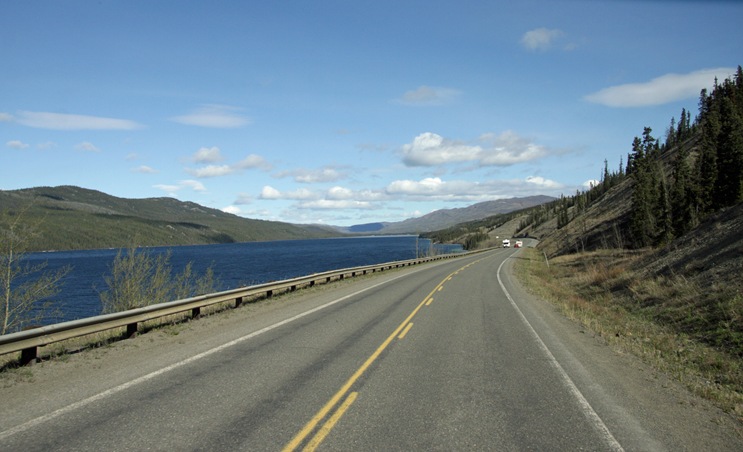 A lot of this area has huge forest fires in the not too distant past. Mostly we drove beside vast forests of the fast growing aspen and some fir tree that have replaced all the trees that burned. 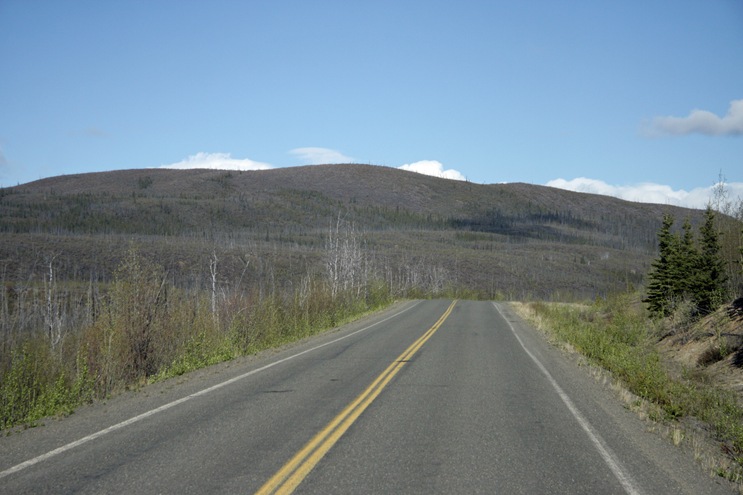 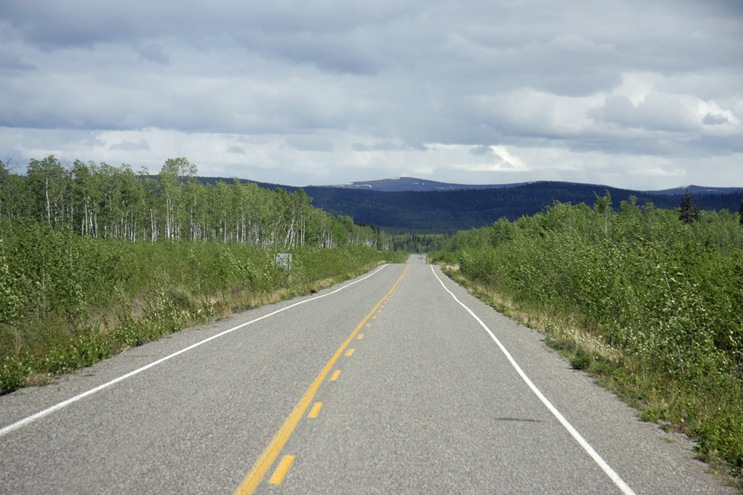 Some nice views of the river and the mountains in the back. 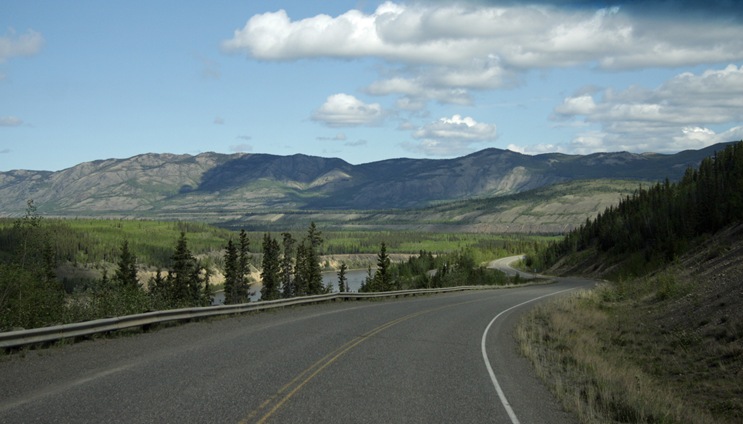 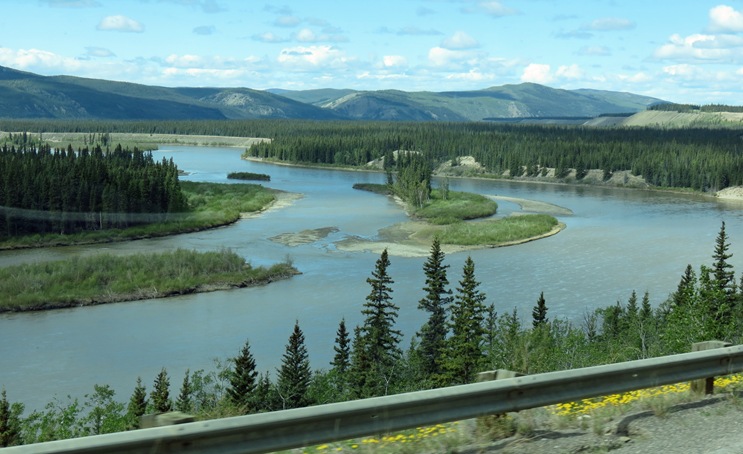 For lunch we stopped at a place called Five Fingers Rapids. When the paddle wheelers had to pass here going upstream they would have to attach to cable from the shore and winch themselves through. It must have been tricky going downstream to try and keep a 200 foot long boat straight in a narrow passage.

This is the view from the highway. The boats had to pass on this side of the island as the other side was too shallow. 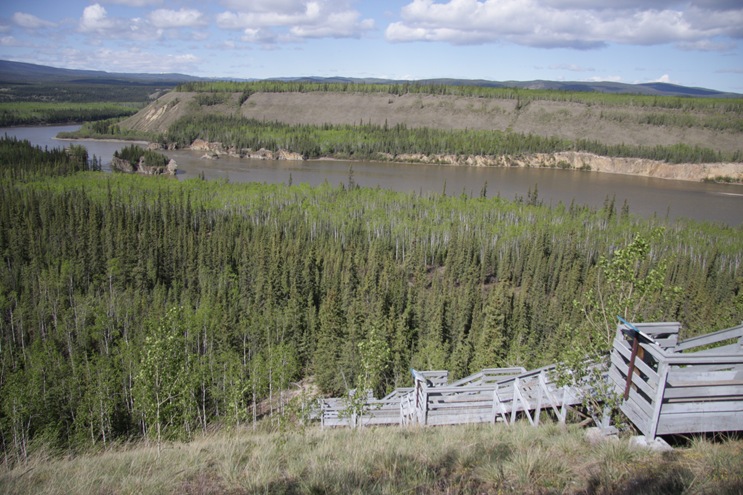 There was a long set of stairs and a path out to the riverside. 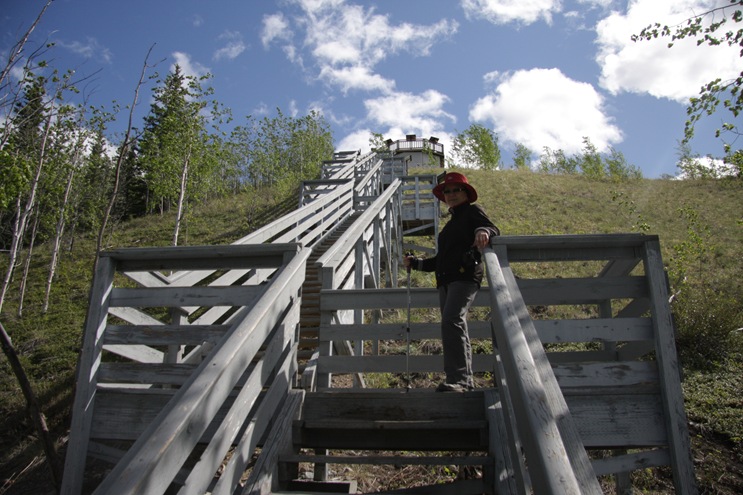 Jennie wasn’t much of a fan of going to the railing at the lookout at the end of the trail. 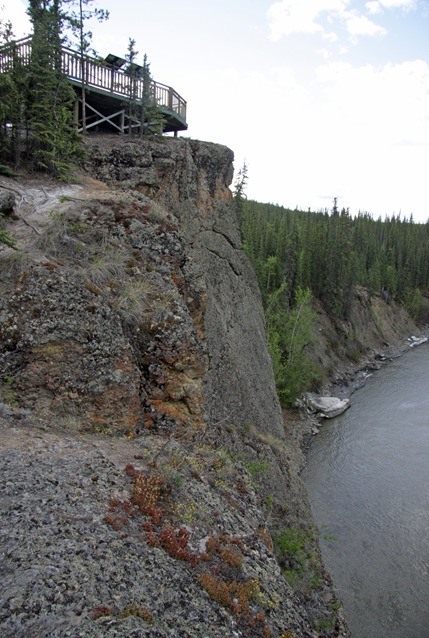 Who needs a lookout? 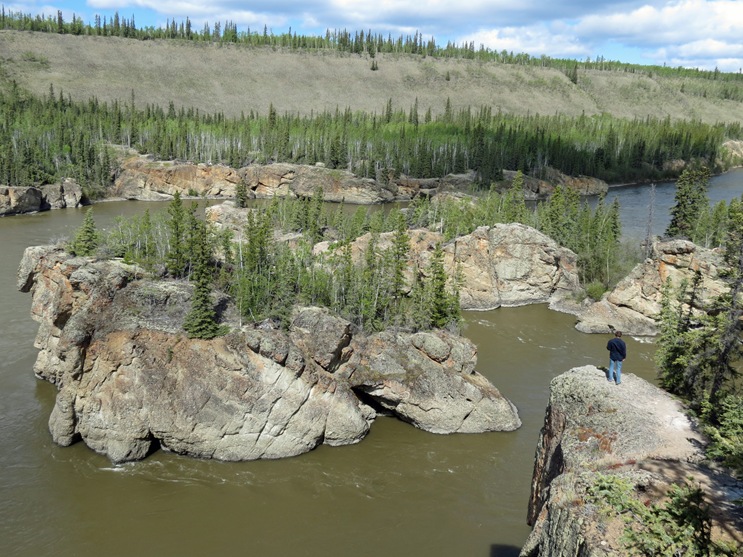 It must have been a tight fit. 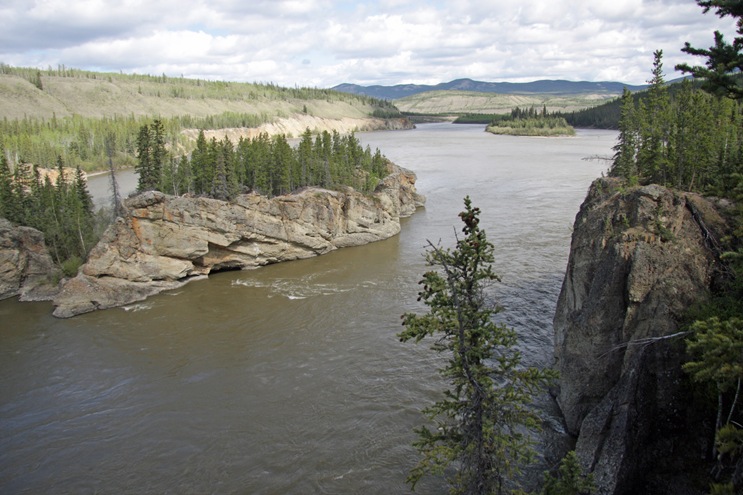 A couple of the islands had this weird little arch at the end. Jennie thought it looked like a dog taking a drink of water. 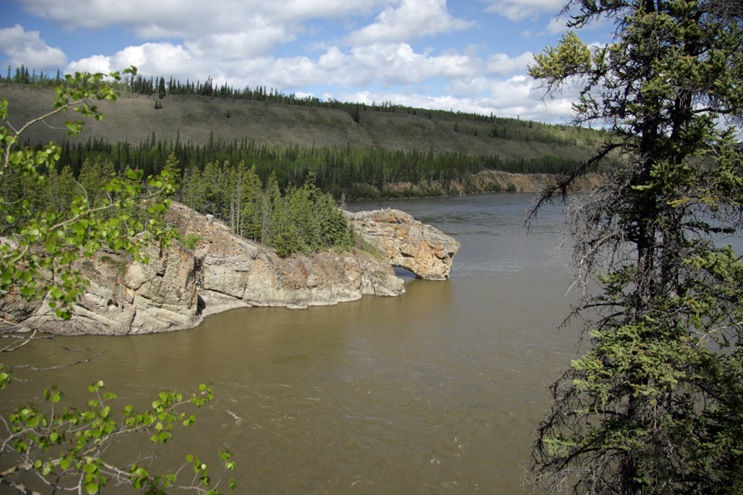 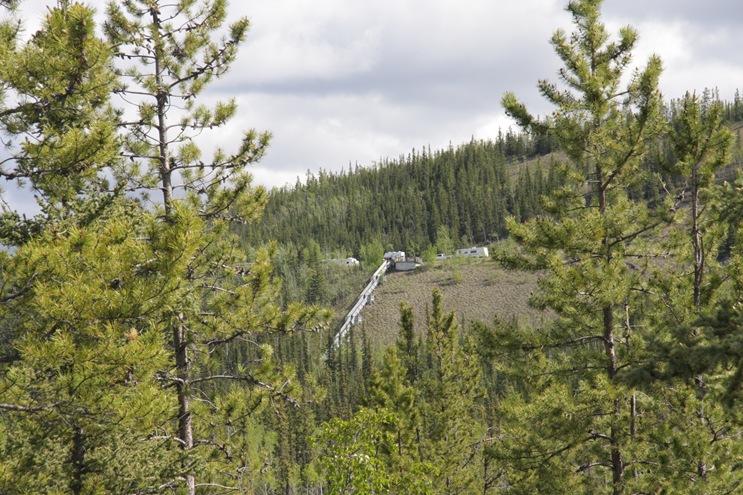 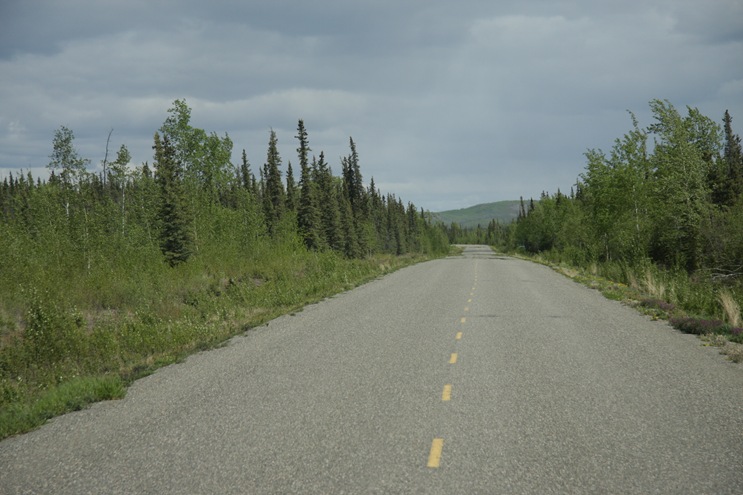 Well the inevitable happened as we continued on. It was just much sooner than I expected. On the one patch of gravel road, we passed the one large truck we saw all day and smack. I am pretty sure there are windshield repairs places in Dawson. I just hope it doesn’t spread before then.

The place we are staying in Mayo is a motel with a small RV park in the back. He said he doesn’t really open until tomorrow but since we don’t need any hookups we said we could park for free. 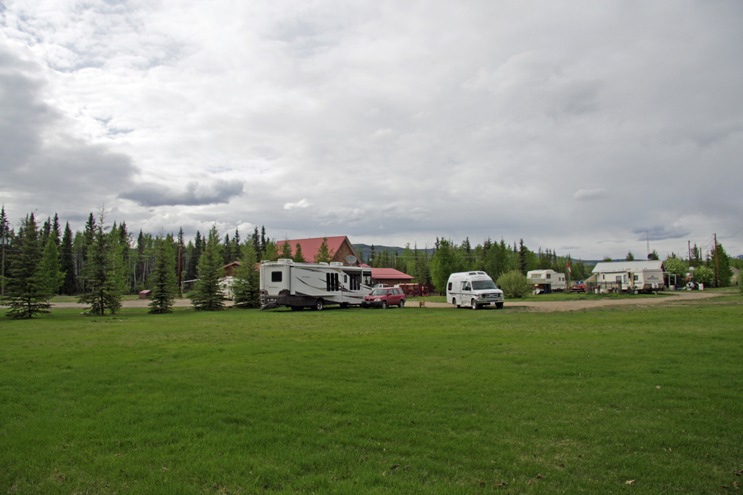