May 25 – Hiking at Stone Mountain Park

It was a cold night last night. This morning the temperature was 2C but it was a bright cloudless day so we decided to stay here another day and do the aborted hike from yesterday. It is called the Summit Peak trail but we will only do a part of it.

Unfortunately it seems that the camera was set to overexpose all the pictures so they are not very good. It is such a shame because most of the pictures had beautiful snow covered mountains in the background which are now just a white blur.

We first went back to our improvised bridge to cross the river. 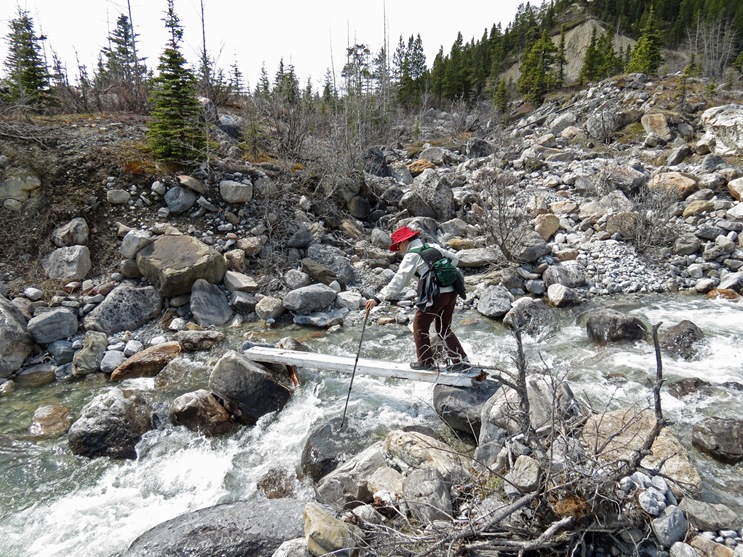 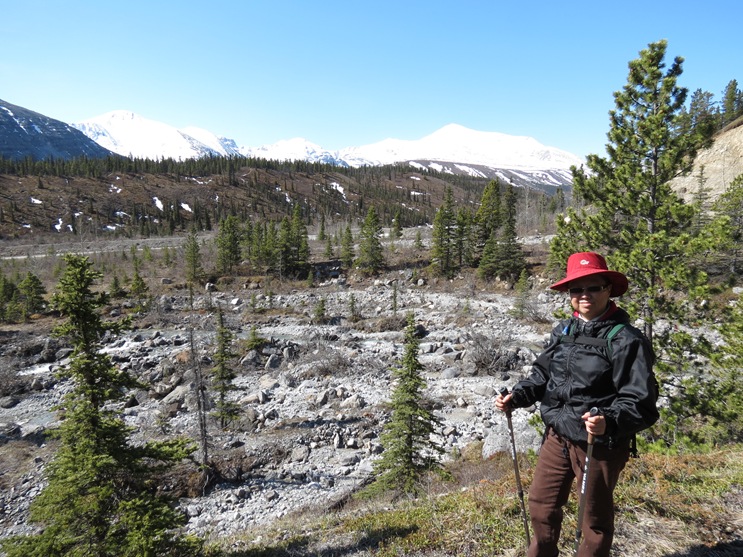 We then climb up and follow a ridge looking down on the river. 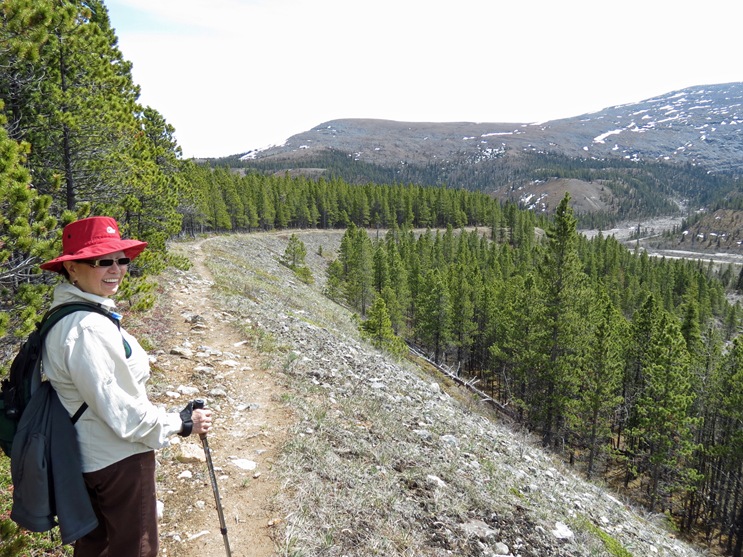 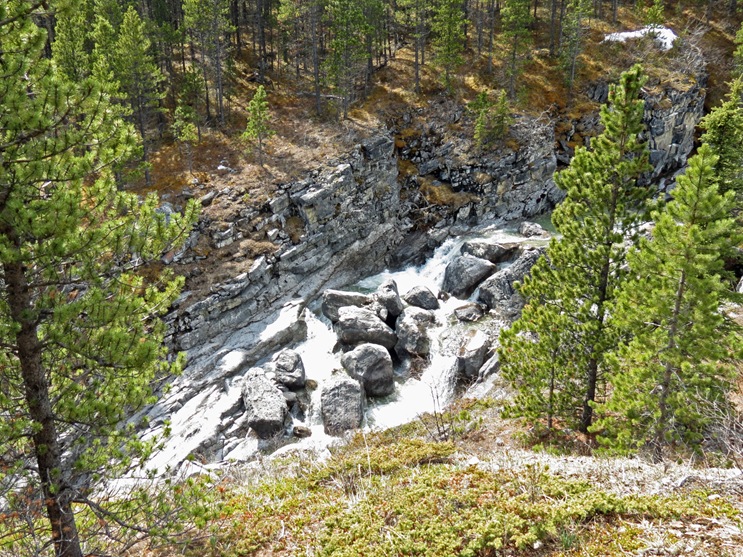 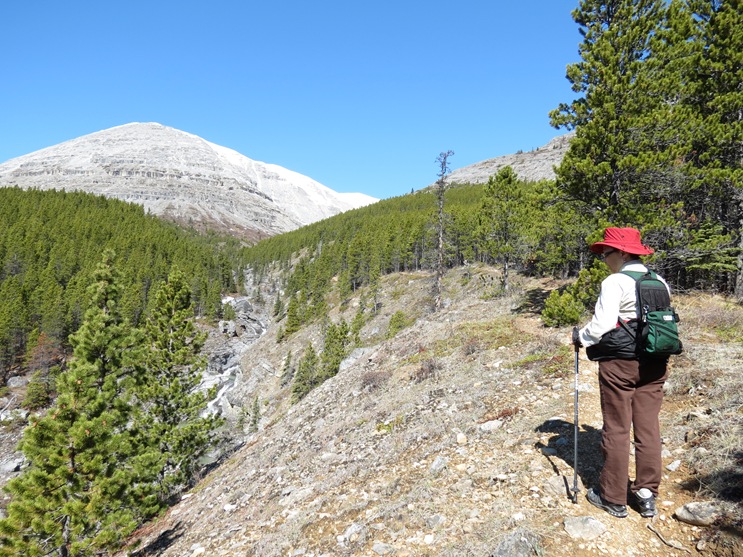 We came to this open section with the water flowing over these flat rocks and had to investigate. 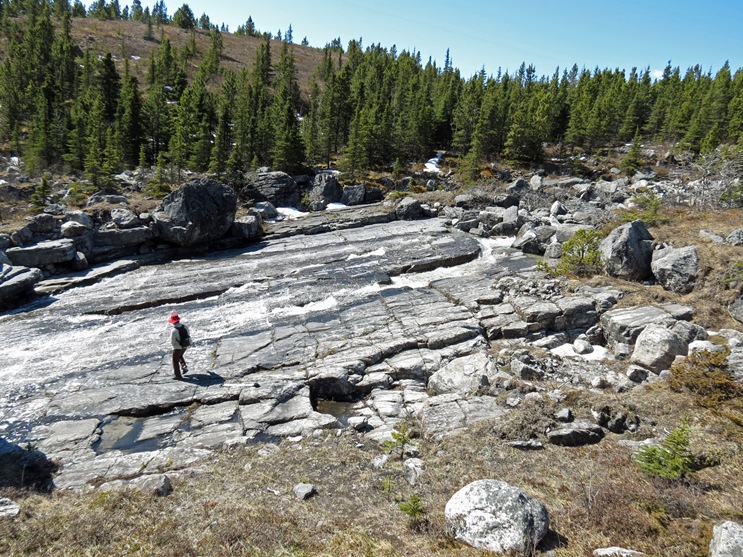 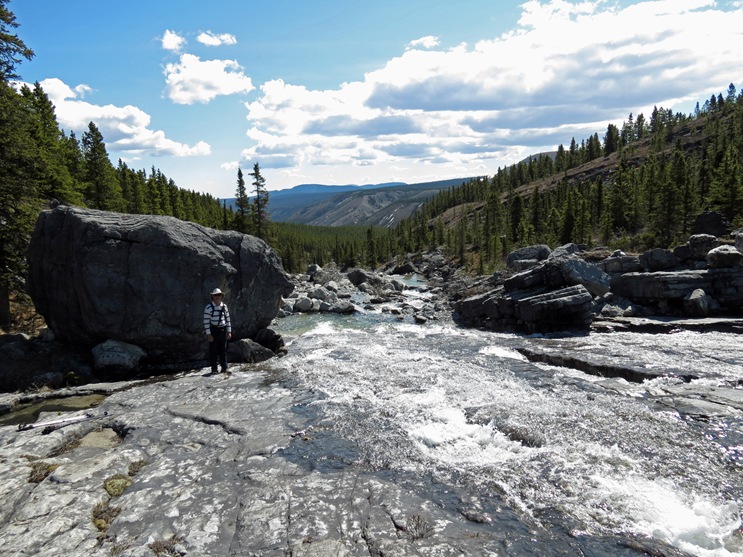 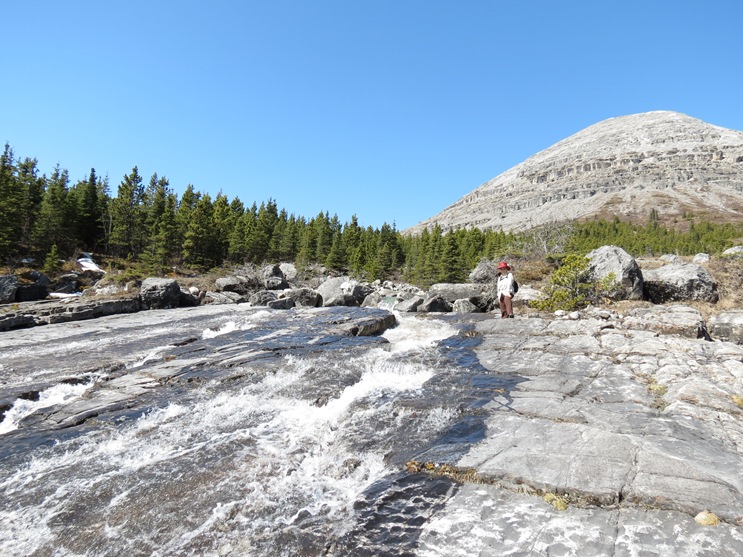 And then we started the steep climbing. With a few breaks. 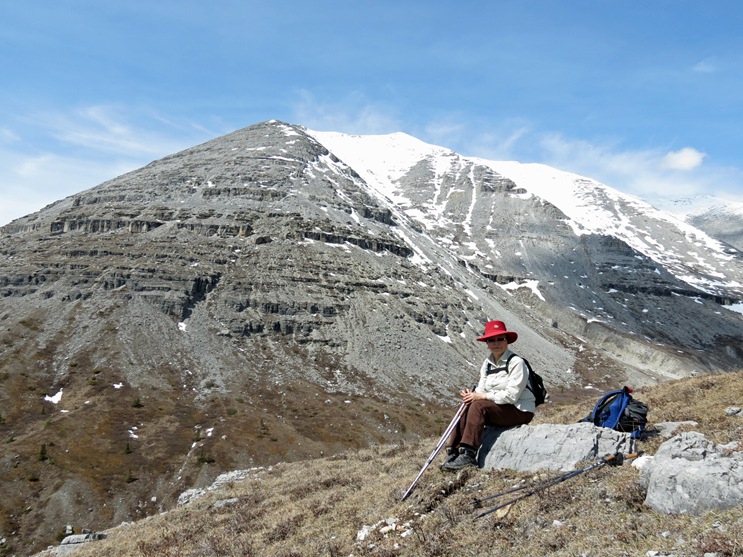 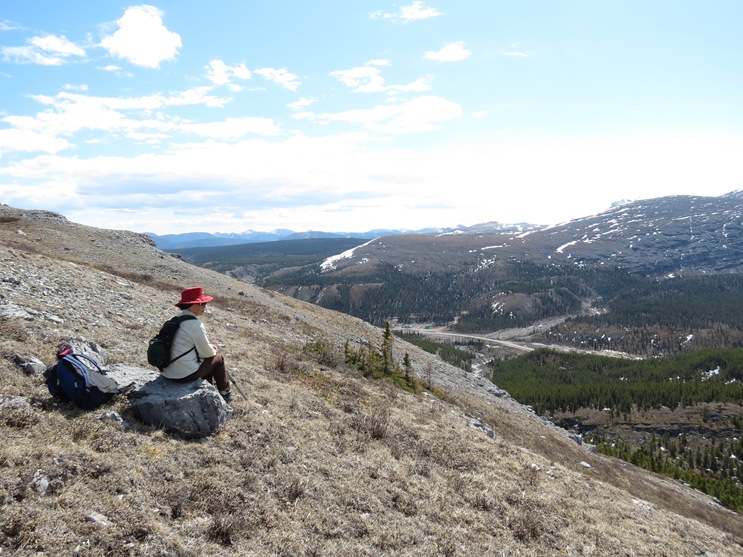 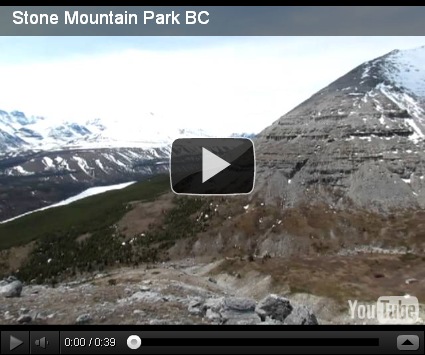 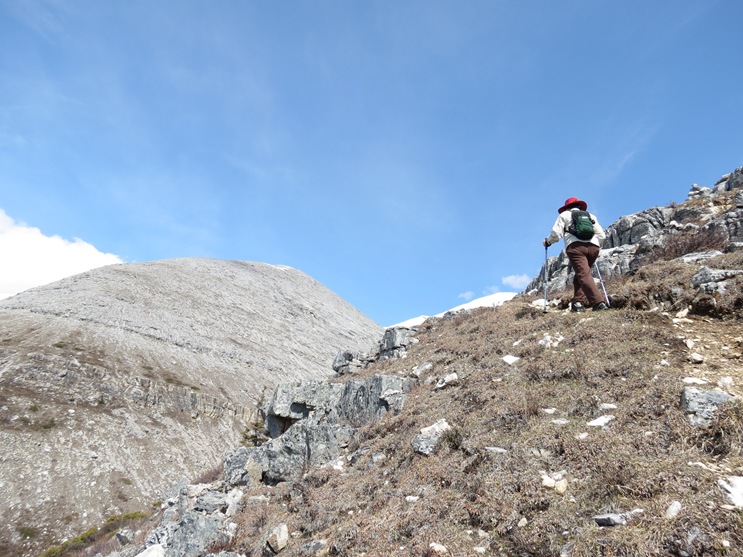 The actual end of the trail is the snow covered peak over Jennie’s head, below but there is no way we were going that far. 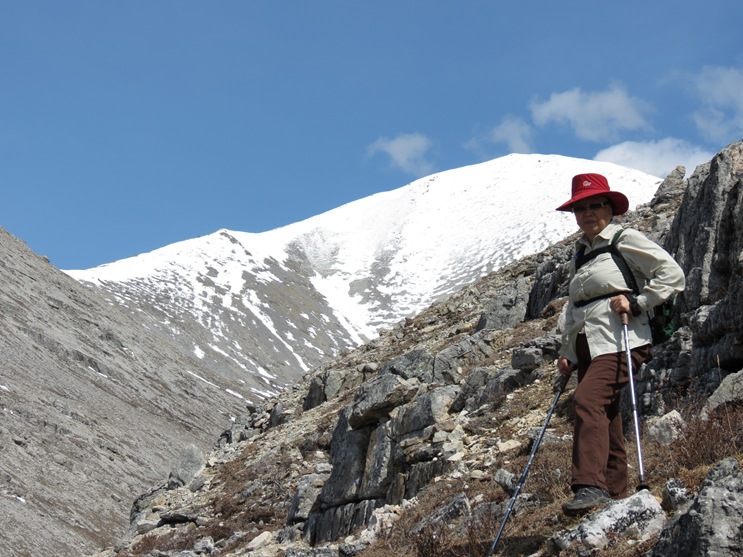 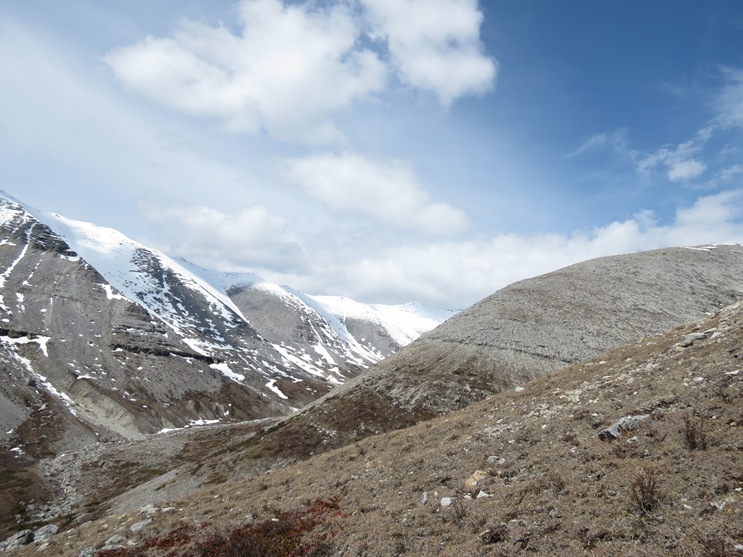 It was so beautiful up there. It annoys me that the pictures didn’t capture it properly. The RV is in the little blue square in the picture below. 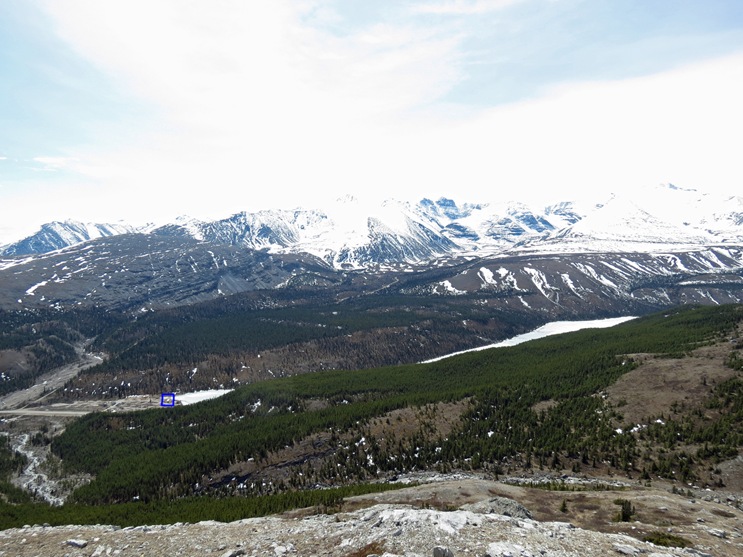 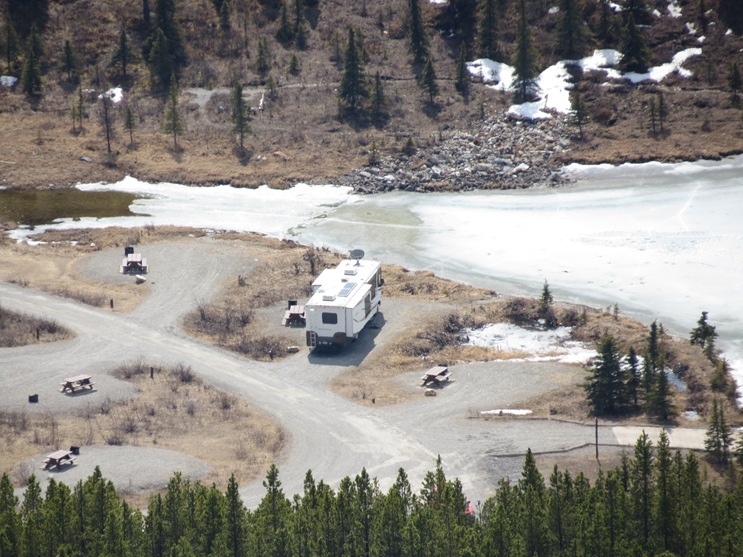 The couple in the campsite next to us last night got off to an early start and made it to the top. Instead of coming back down the same way, i guess for fun, they decided to also climb to the peak in the picture below on the other side of the valley from us. We could see then walking along the ridge (red arrow below) and working their way down. I wish we had that kind of energy. 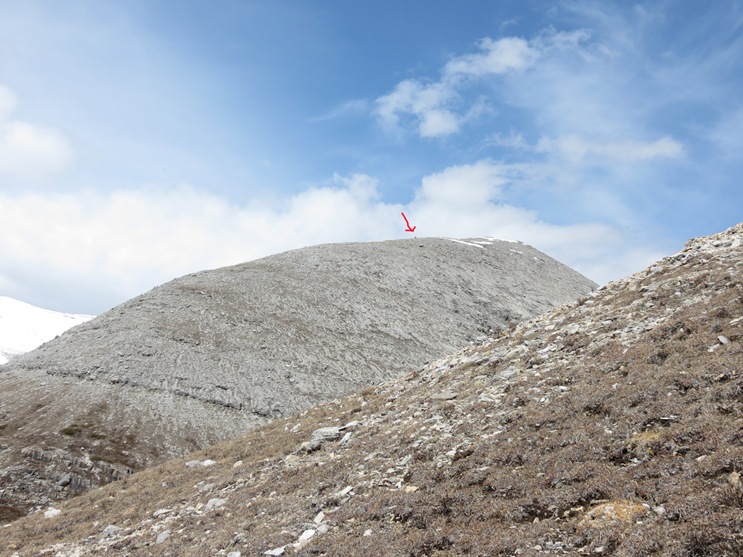 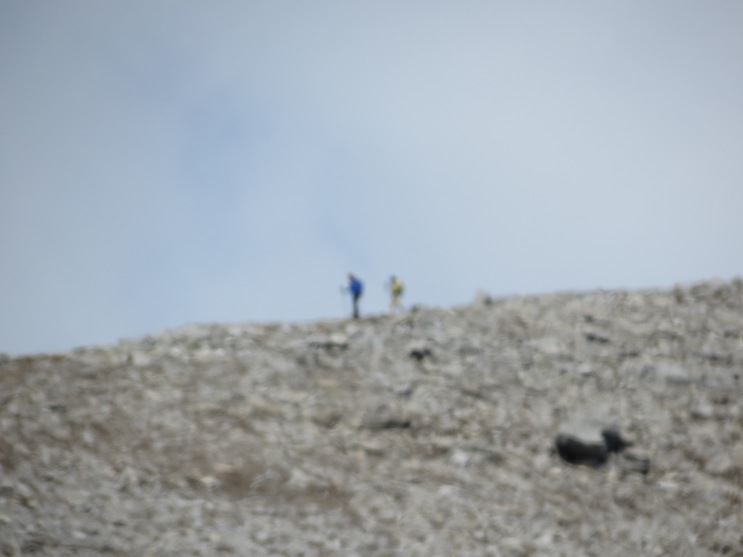 We climbed until we got tired, had a snack and headed down. The trip back was much easier. 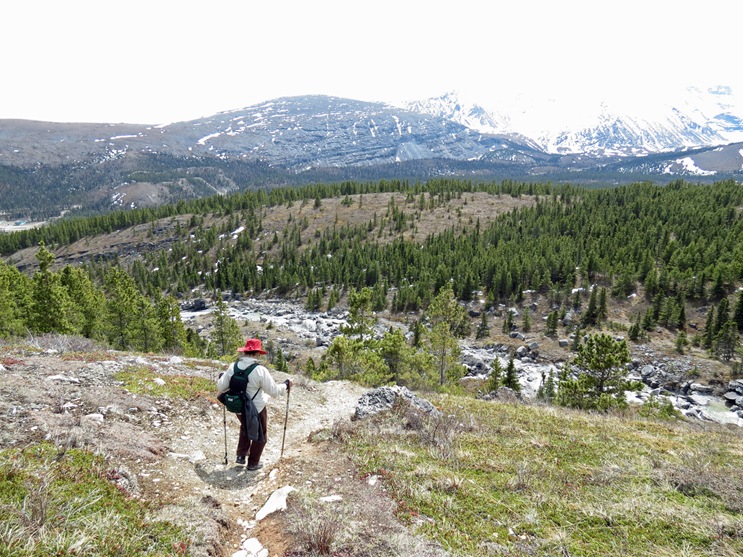 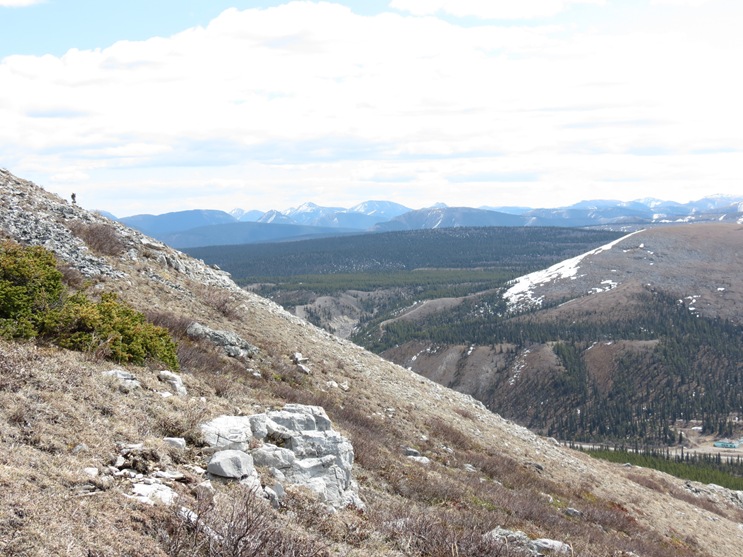 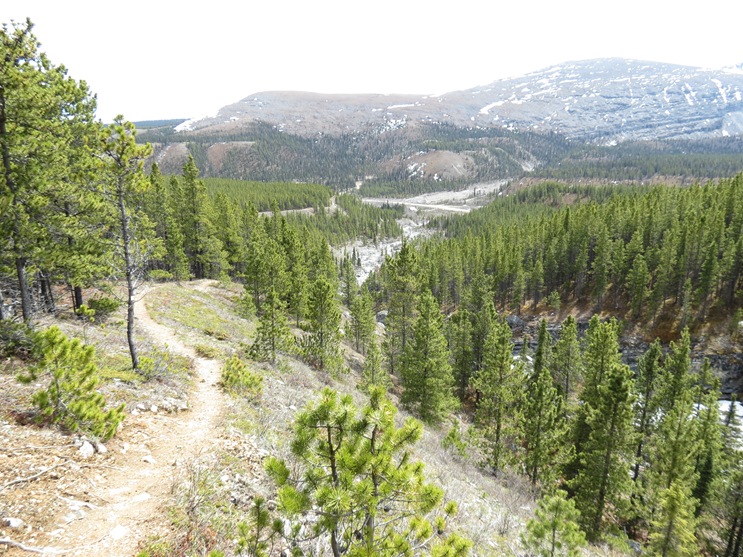 I think this was our approximate path. It doesn’t look like much in this large panorama but it was long enough for our first serious hike and climb. We really thought we were higher.

After a rest I went to check out a short trail to the Erosion Pillars. They were sort of rubble Hoodoos. This one was up quite a steep slope so it was hard to get a picture of it. 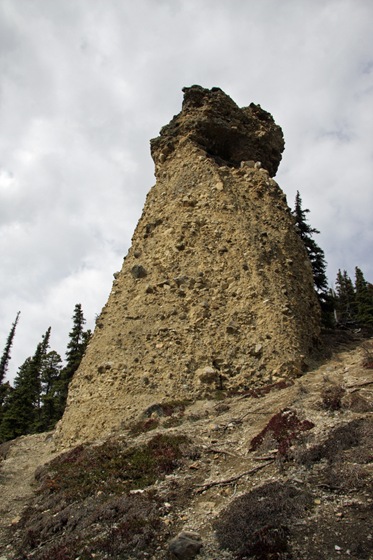 It is very empty at the campground tonight. We are the only ones here. Last night there were at least 10 other sites occupied. I hope others don’t know something about the weather that we should.

We watched a beaver at work building up his house for a while. 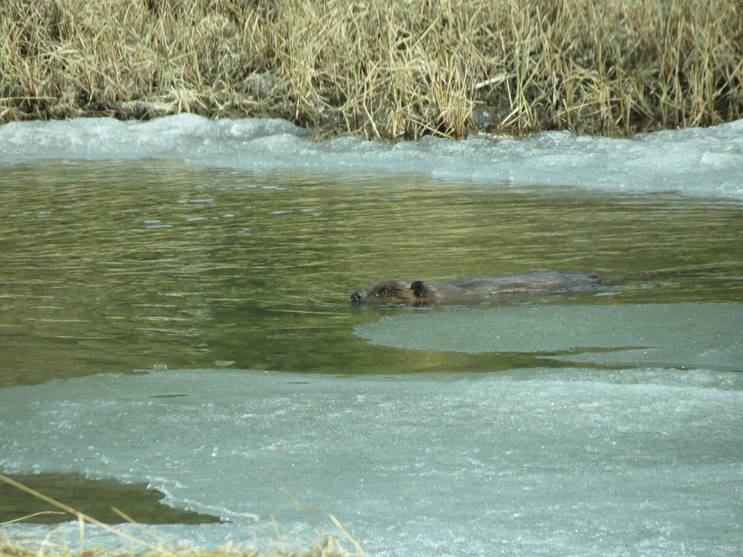