It took a while to get to sleep last night at the Walmart. It turns out we picked the night that they were repainting all the lines in the parking lot. They started about 9 and didn’t finish until well after midnight.

Today was a beautiful day. It was sunny all day and got up to about 22C.

The drive across the rest of Michigan was more of the same endless, long straight stretches of highway bordered mainly by tunnels of trees. They were some nice views and interesting small towns. One place had what looked like a bar or restaurant but it was called UpChucks. Not a name I would pick. The smaller highways are much more picturesque than the interstates. 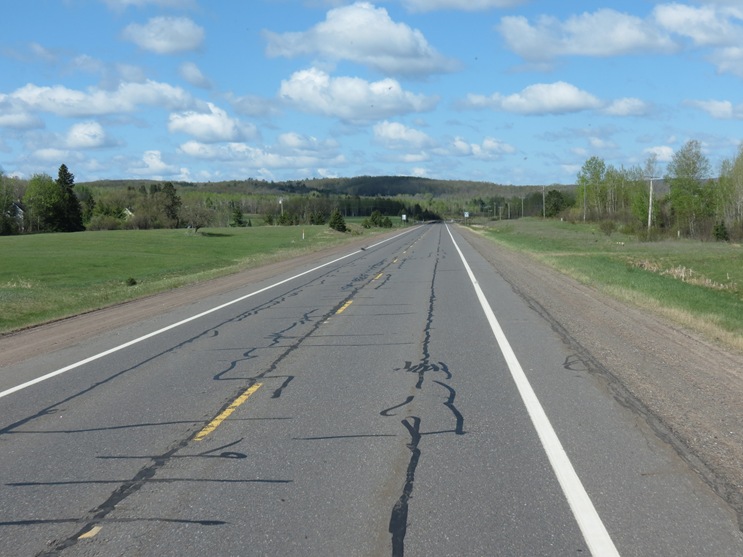 I picked this small state park to stay at just because it happened to be at the distance I like to drive in a day. It is just a short distance off the highway but the smallness of the access road made me a little nervous. We got to the office and she says to just go and pick a site and said “You know we don’t have any hookups”. I guess most people in big RVs expect them but I knew about it and said we were very self contained. Even the water is not turned on here yet.

We drove around the campground and none of the sites are occupied. We have the place to ourselves. We found a nice site that fit our RV. 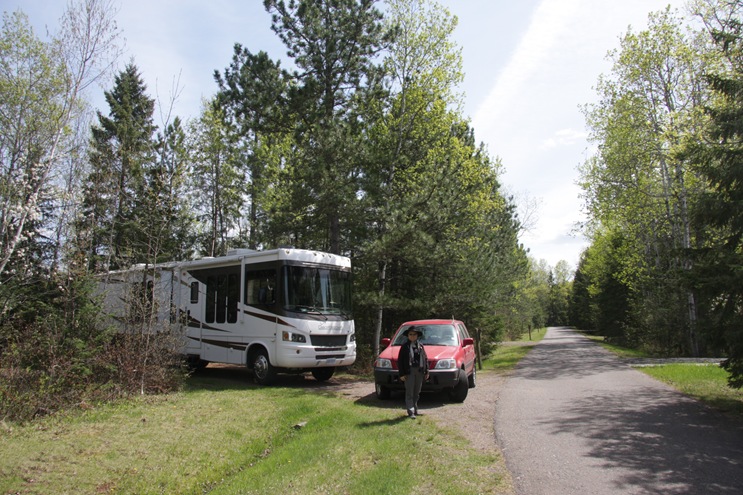 Back at the office we paid $14 for the campsite and $10 for a day use permit. The last was unexpected but after looking around it was worth it.

As the name of the park says we got our quota of waterfalls today. After we got set up we walked down to the Amnicon River to see the falls. They were not huge but they were very beautiful. The river goes over a raised fault line, just as it is split to go around an island creating some nice gorges and a whole lot of falls. The are is also made of sandstone so there is some very interesting erosion. The water also had a lovely almost, chocolate colour from all the suspended sandstone. 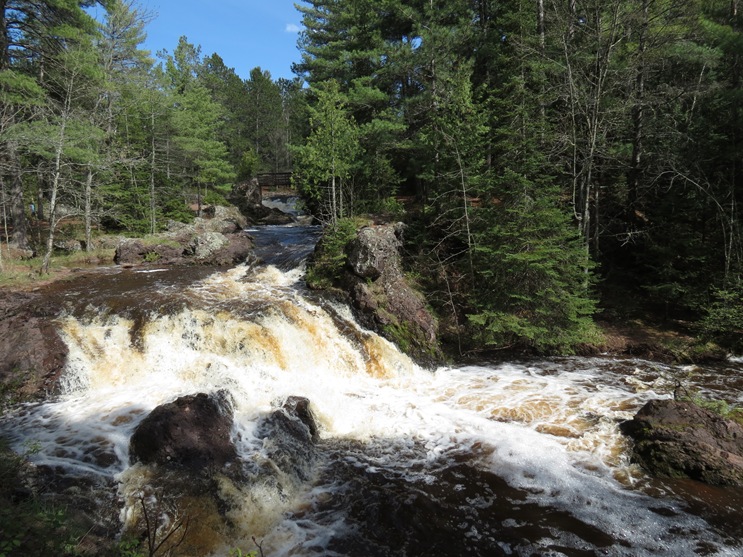 There were two bridges on to the island and you could get up close and personal with all the rushing water. 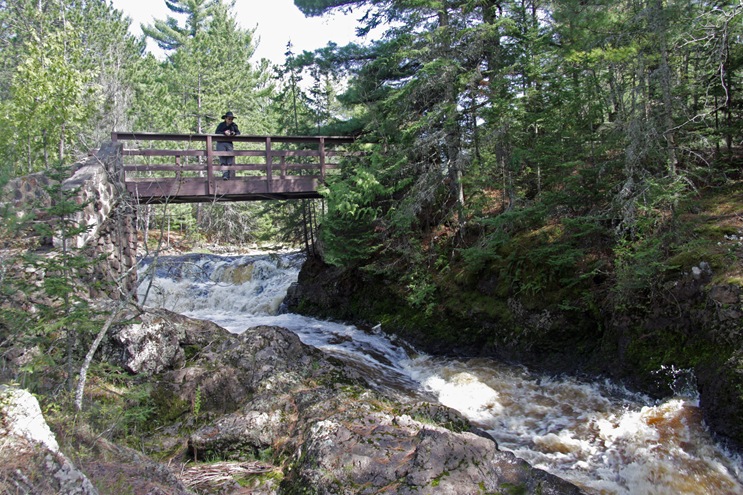 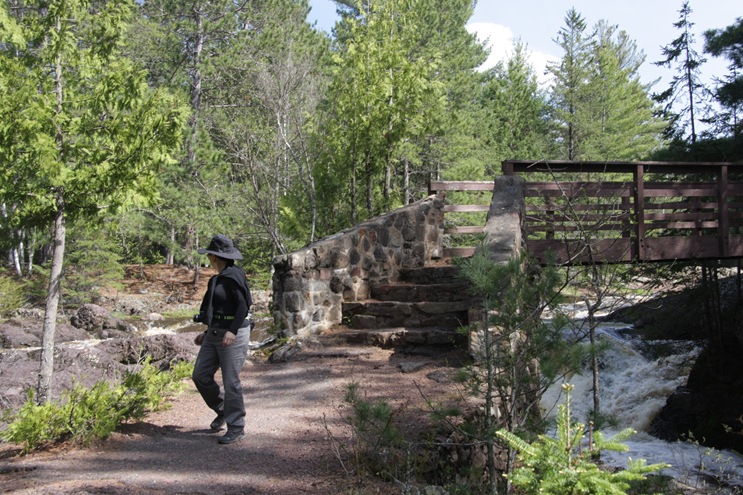 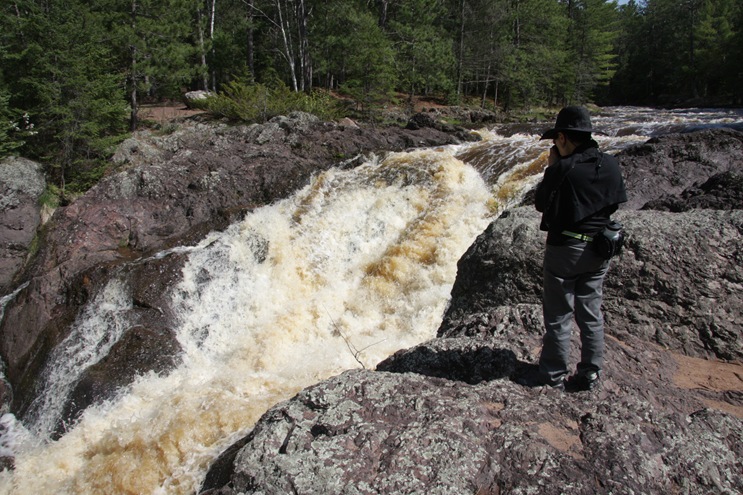 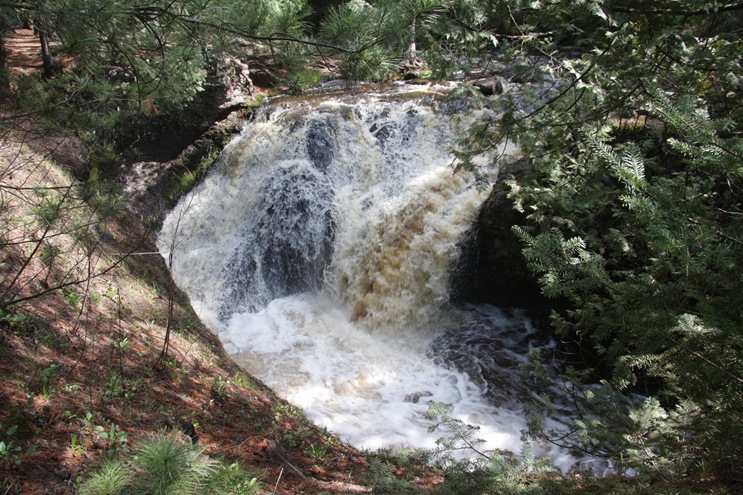 The second bridge was covered and very old. It had been moved here from somewhere else. Notice Jennie down by the water. 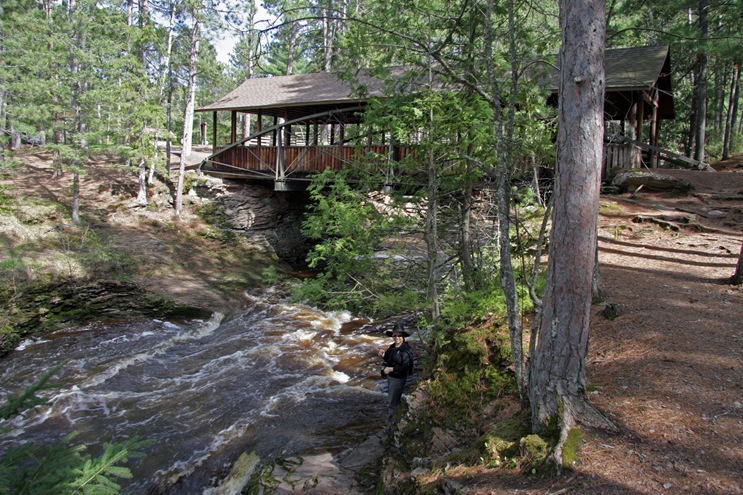 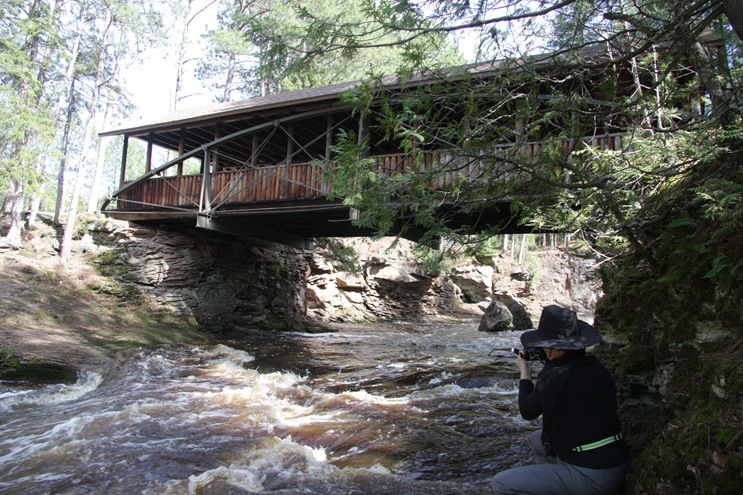 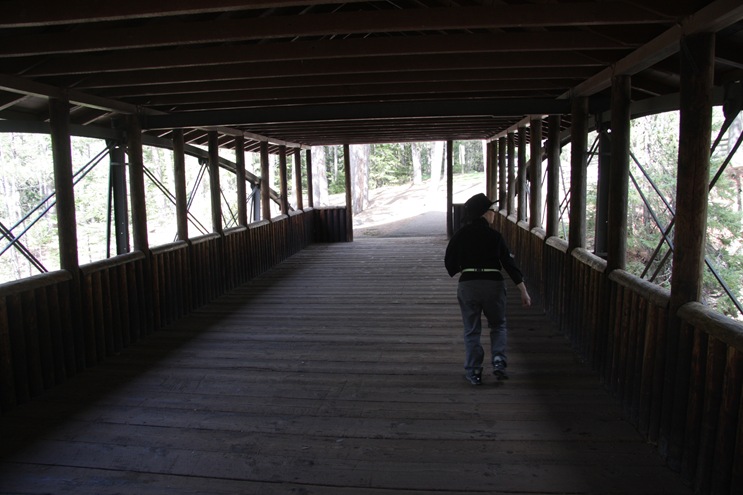 There were not a lot of guard rails. 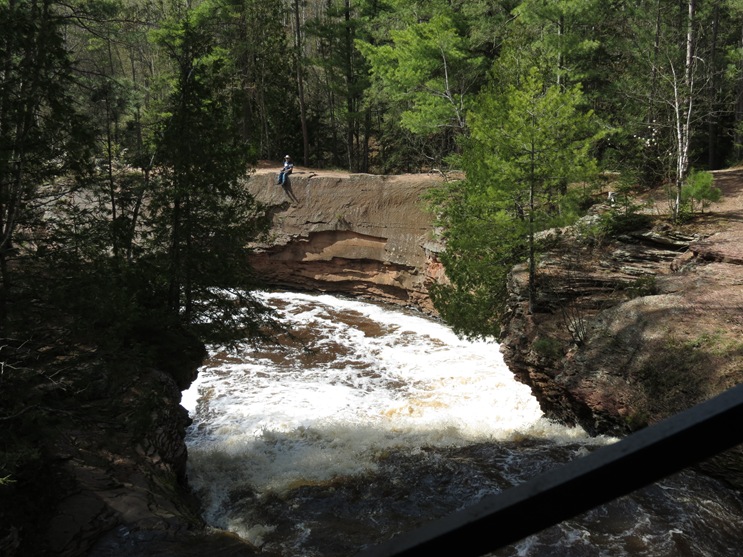 This was shot from where I was sitting hanging over the edge, above. 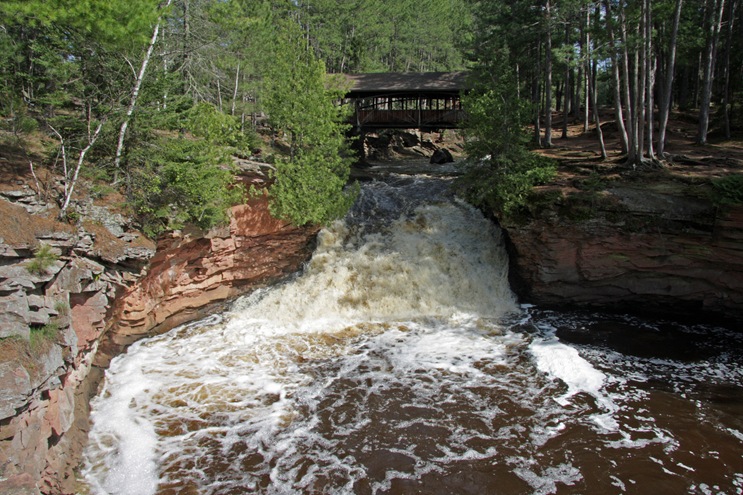 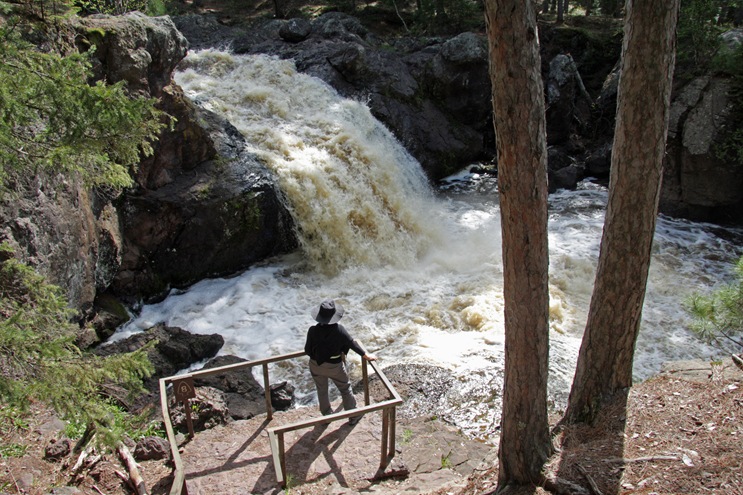 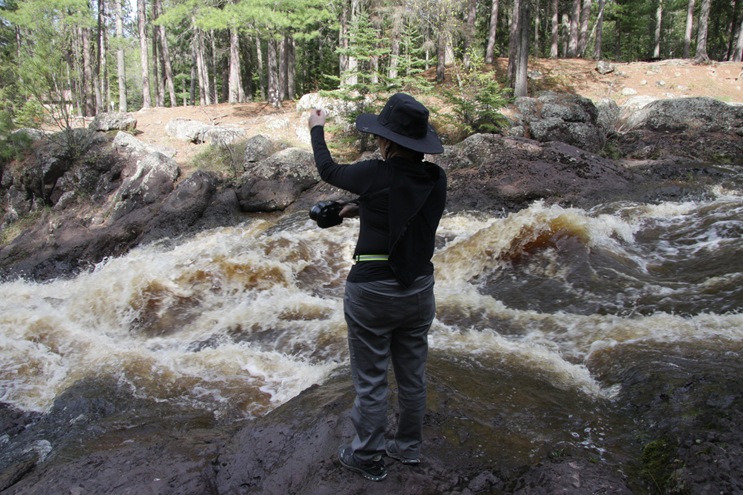 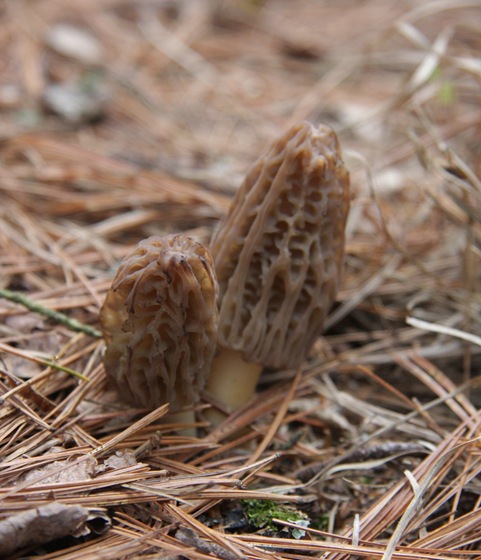 A surprisingly great end to our day.