Another cloudy morning that turned into a bright sunny day. It was only a 200 km drive but we wanted to stop here for a least a while and we are in no hurry.

Lots more long distance views but we are out of the tall mountains. 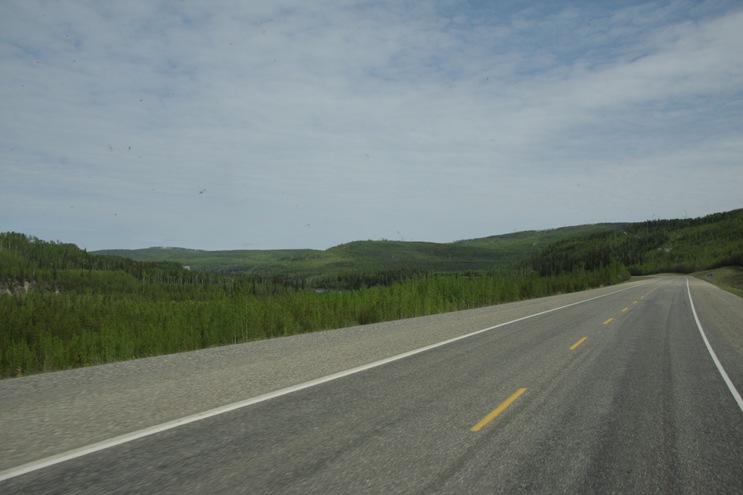 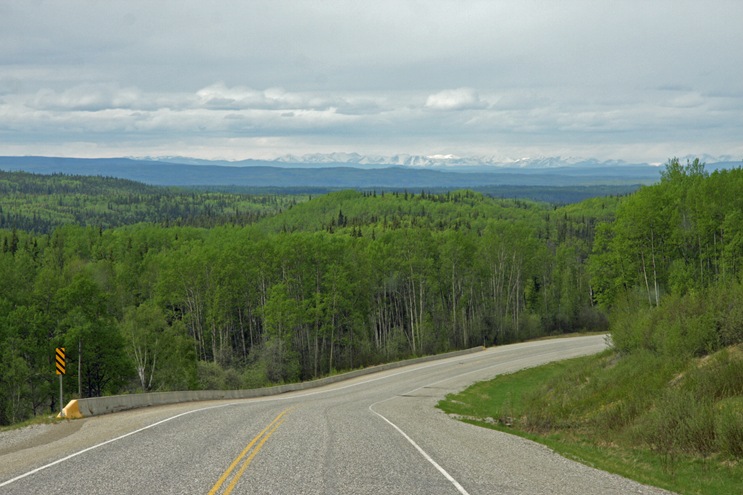 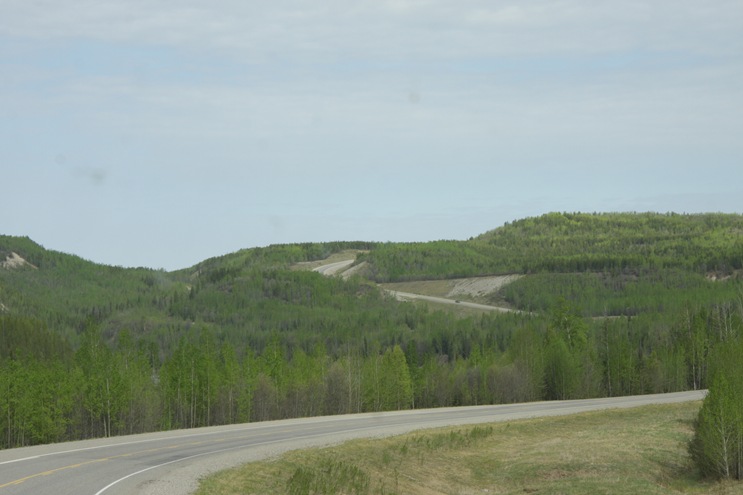 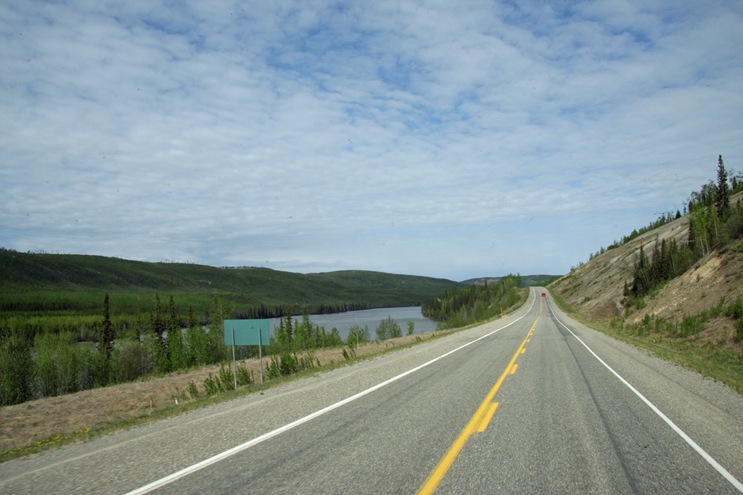 We saw out first other large RV on the road. I was talking to the driver in the hot spring. He is an audiologist from the southern states that goes up to a clinic in Fairbanks each summer.  He wanted to stop but they were so desperate to keep him that they offered to pay all his travel expenses. Sweet deal. 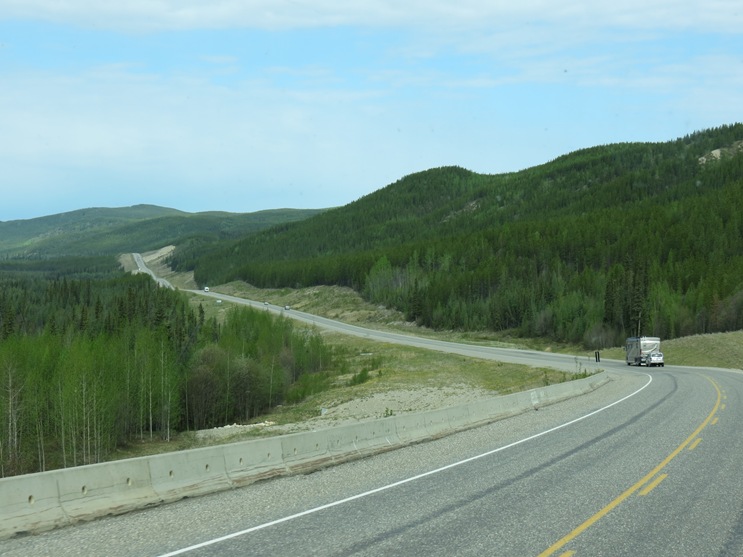 We saw some more bison by the road and also managed to cross one more large animal off our list. 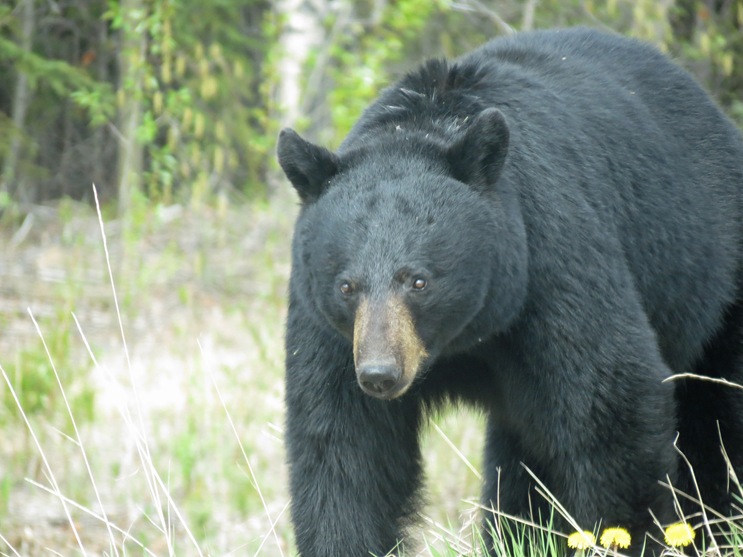 We saw 3 separate ones foraging right by the roadside. We would just pull over to the shoulder and creep by them, snapping a lot of pictures. They mostly ignored us but would occasionally give us the eye. 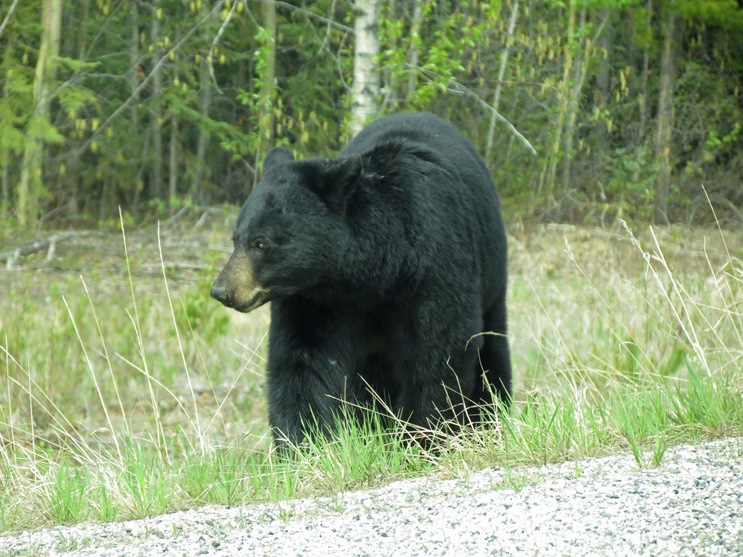 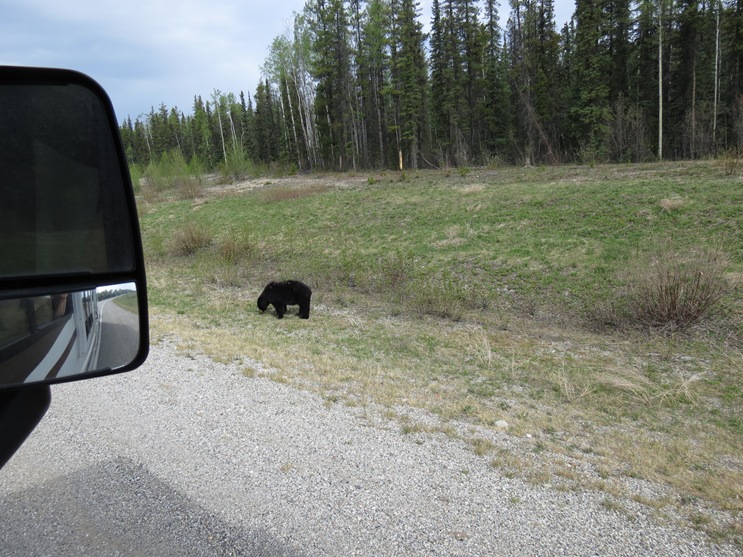 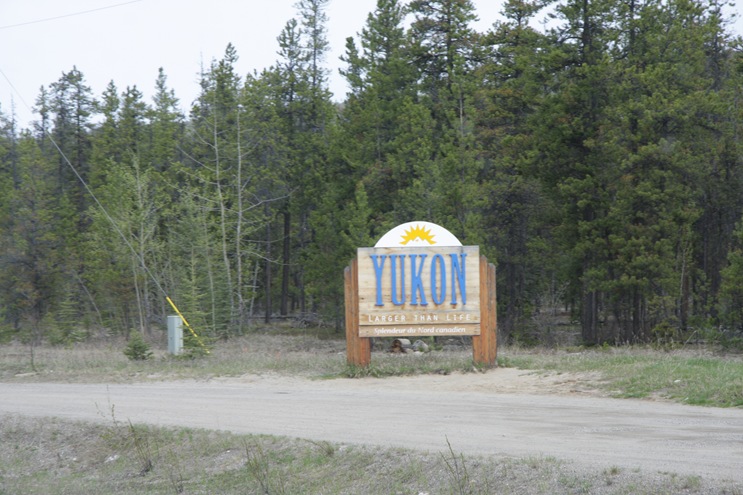 Our campground in Watson Lake is nothing special but we have full hookups again to reset. None of the campgrounds here are much more than parking lots. 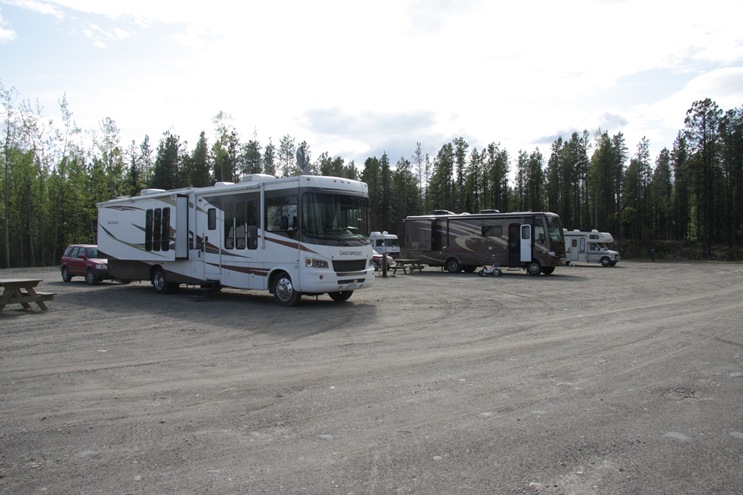 One thing we wanted to see here is the signpost forest. A soldier, building the highway, put up a sign about where he was from. The tradition has continued by everyone passing through and by the count at the info center there are now more than 76,000 signs. 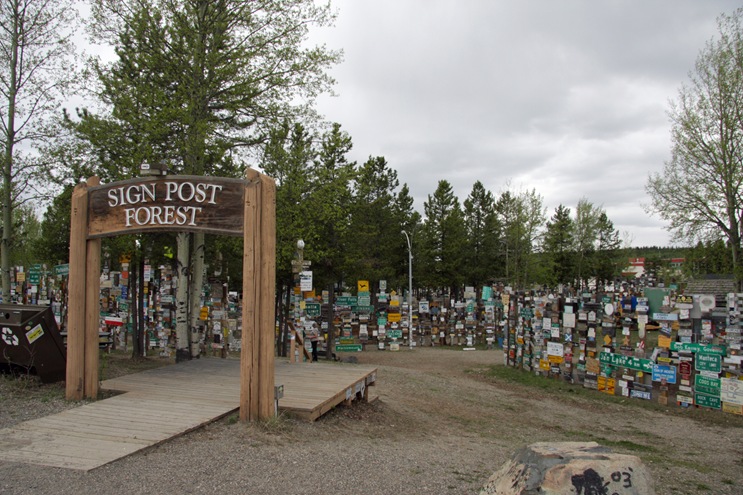 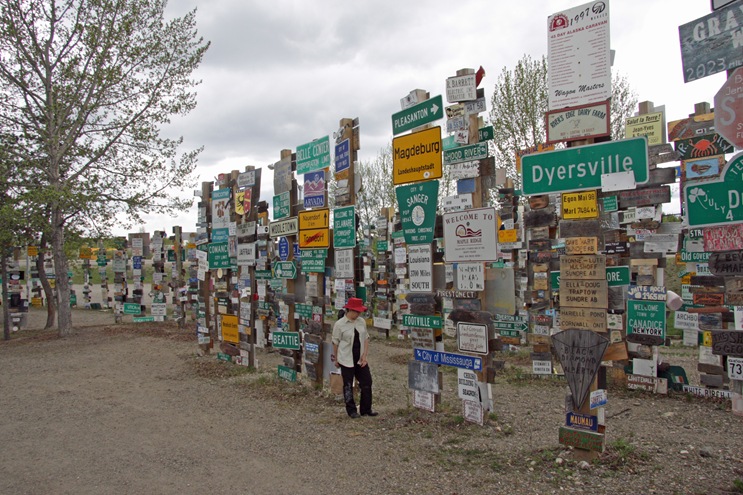 I spent a long time just wandering around. 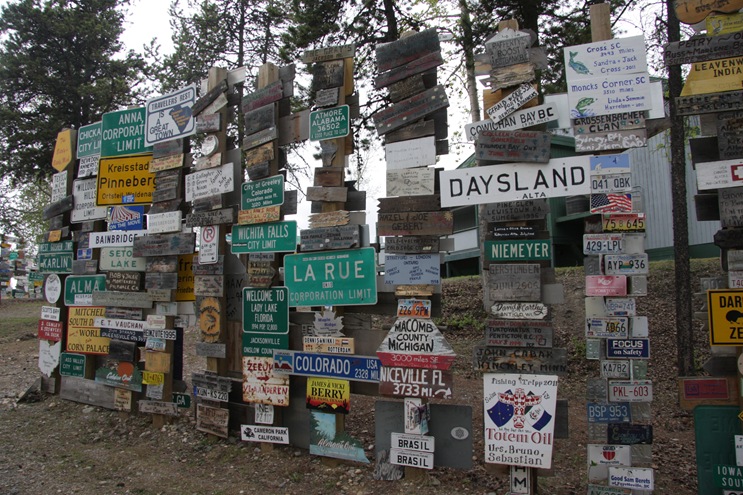 Here is one for my mom’s side of the family. 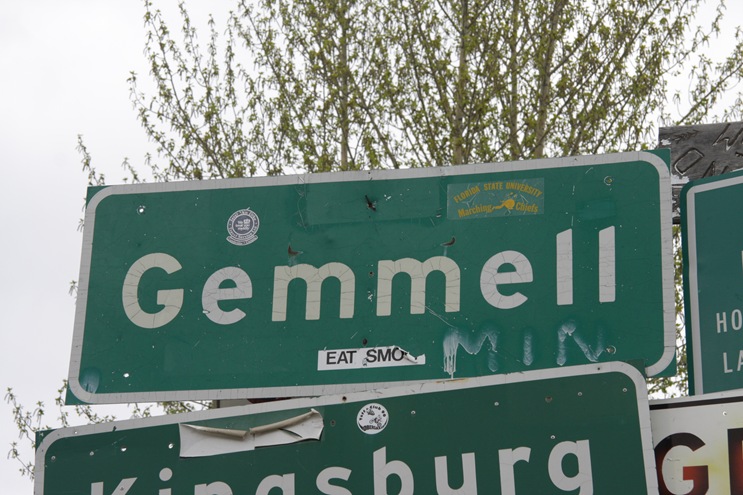 There were a lot of big official signs from Germany. It can’t imagine how they carried them over. 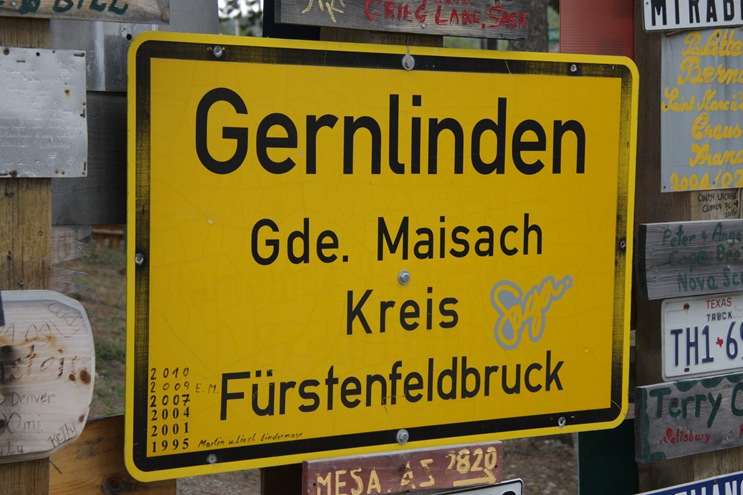 There were lots of street signs, license plates and very handmade signs but some of the personal ones were very professional. 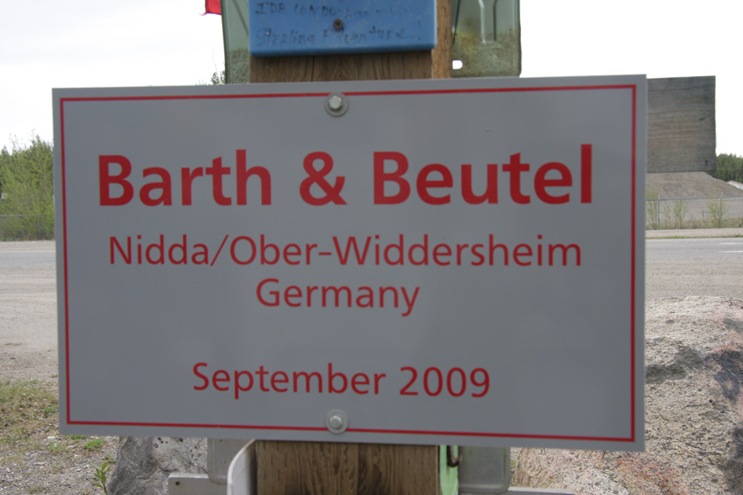 I don’t know why I didn’t think to make one for ourselves. The ones I saw where people just wrote on a board seemed to have faded very quickly. Since we will be back this way on the way home, I have some time to do a proper job.

We saw this old bus conversion from Ontario parked at the forest. I would hesitate to take something that old up this far up here. 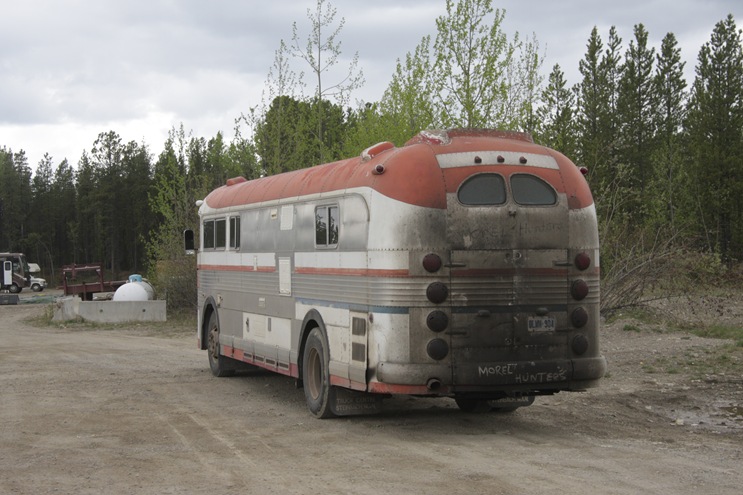 Tonight we went over to a place called the Northern Lights Center. It is a domed theater showing a movie about the aurora. The movie itself was good but the projector they had just wasn’t up to displaying it on such a big screen. It seemed a bit fuzzy. I guess it’s too much to ask for an IMAX projector in a small town. 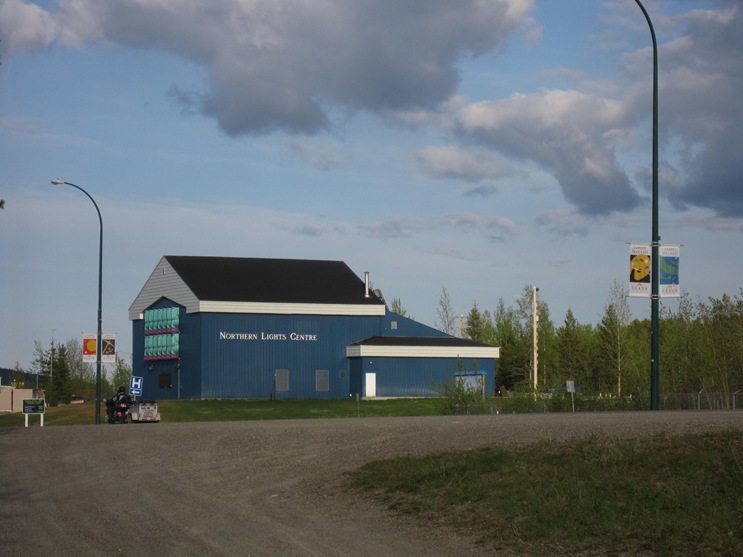