The smoke has gotten much worse. It is thicker and we can smell it in the campground. We are not in any danger because there are no fires near us but it sure limits what we want to do. No hikes to viewpoints for obvious reasons but I don’t think I want to breathe too hard on any hike when it is like this.

This is our sunny day. 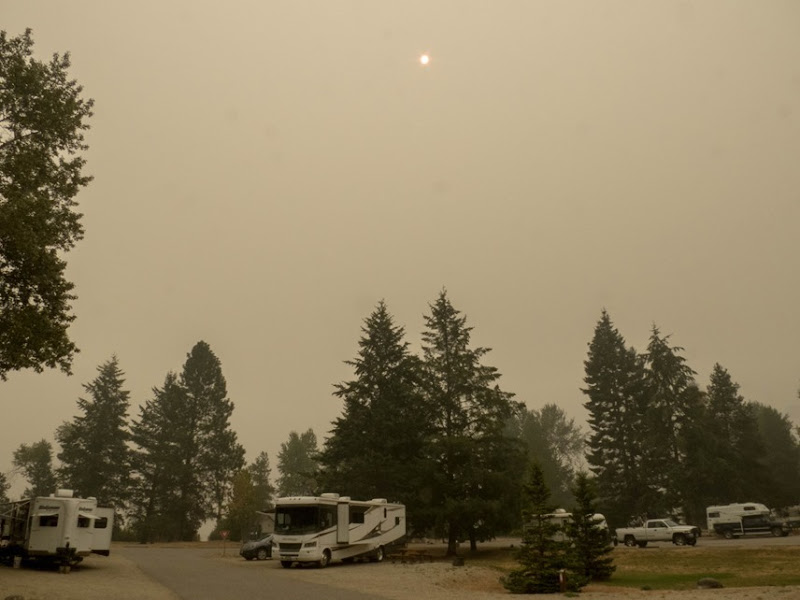 I am sure there were some mountains in the background. 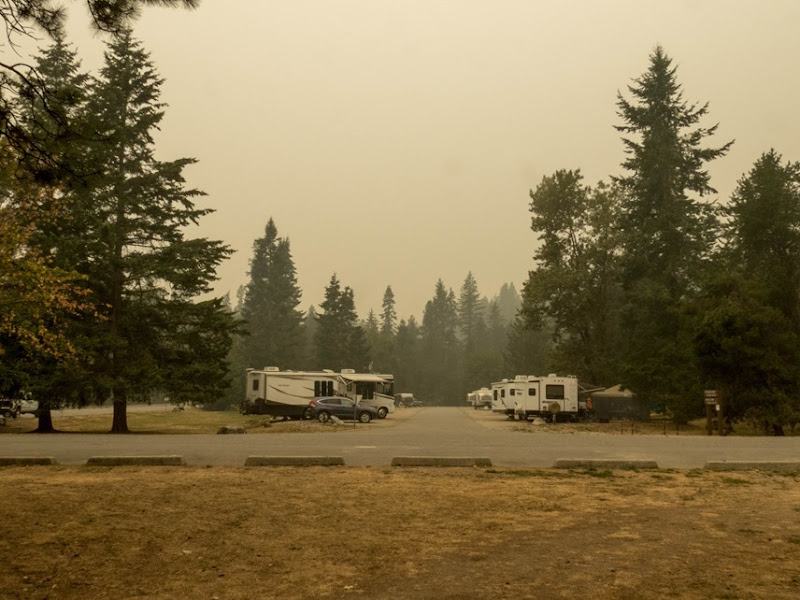 All this smoke has me thinking about changing our plans. We will probably continue to our next two destinations, Kaslo and Cranbrook, just because it is unlikely we will ever be in the area again. Hopefully we can find something to do.

After that I had planned to go to Lake Louise and Banff for 3 weeks. If anyone had been there during the smoky times or even good times please send a comment if you think we should just postpone going there for another year. I think those places are really about the long distance mountains views. Since we will certainly be back in that area, I am definitely leaning towards cancelling and just spending the time at our cottage in the now clear air in Ontario.

After seeing that large mural yesterday I discovered that it is the first annual Nelson Mural Festival this weekend. There are already some murals around town but they hired 8 artists to come and create more..

Since up close things are about all we will see today we headed back to town to check more of them out.

The new murals were in the two back alleys on either side of the main street. It was kind of weird but most of the murals were obscured by either parked cars or barricades. You would think that this weekend they would try to give you an unobstructed look.

I don’t think there was any particular theme. 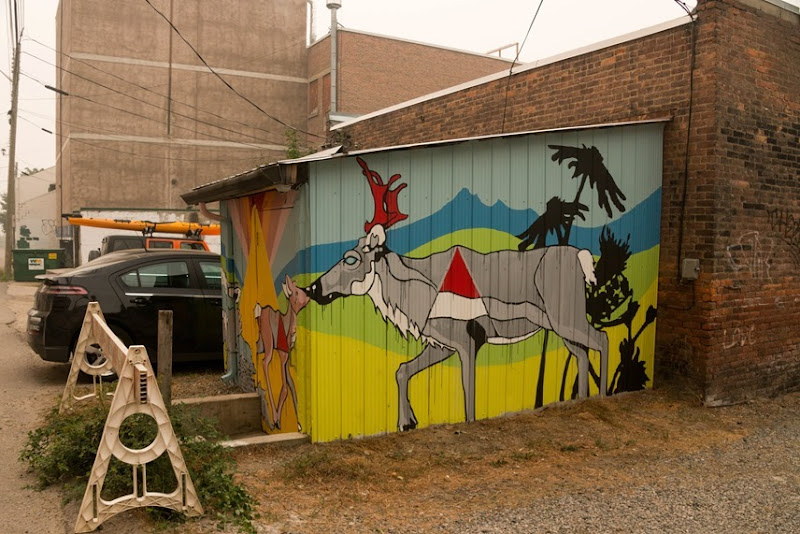 I am unclear as to what the animals encased in ice meant. 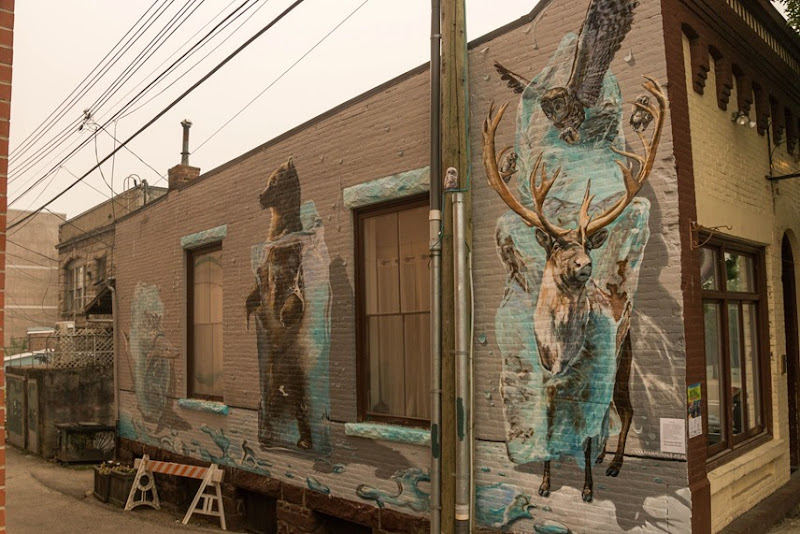 Most, like the one yesterday, were very detailed. This one had more of a spray paint graffiti vibe. 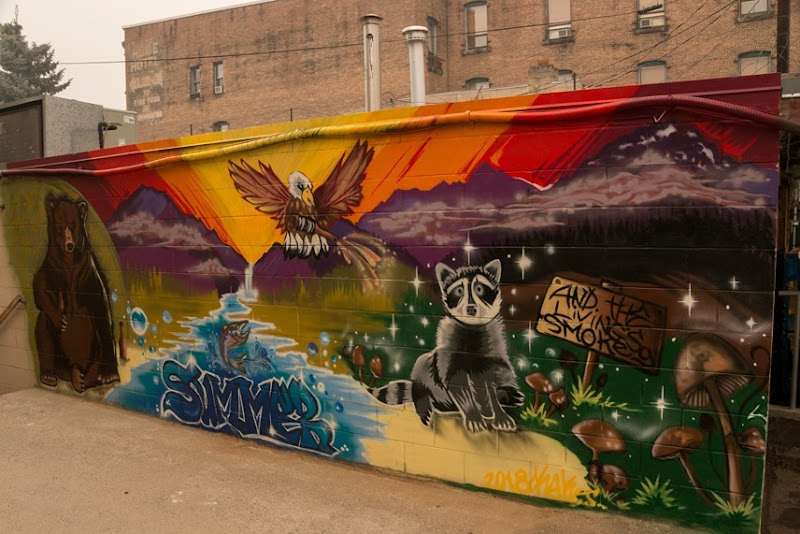 This sculpture and mosaic in a park have been here a while. 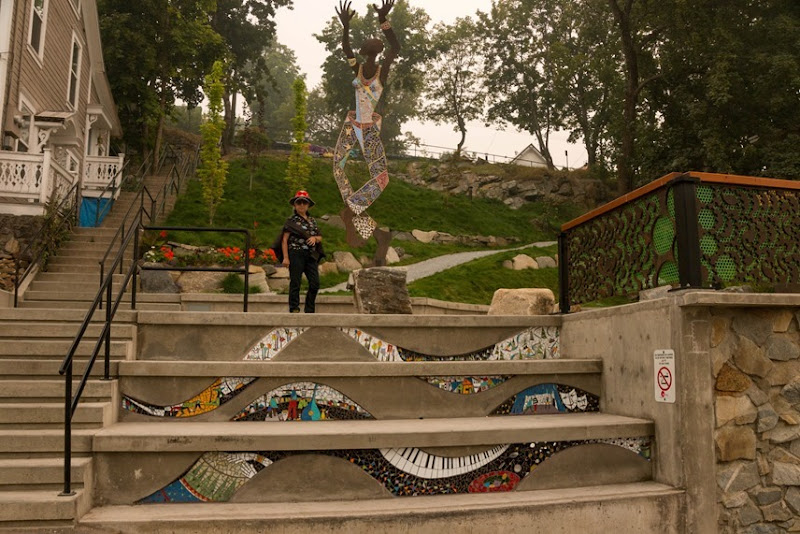 Looking down at the town from the park. 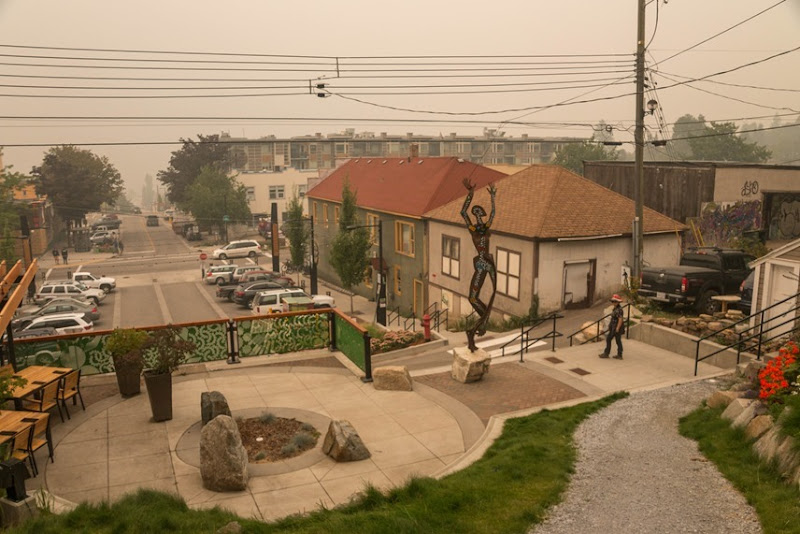 Not a mural but should we get eyelashes for the RV? 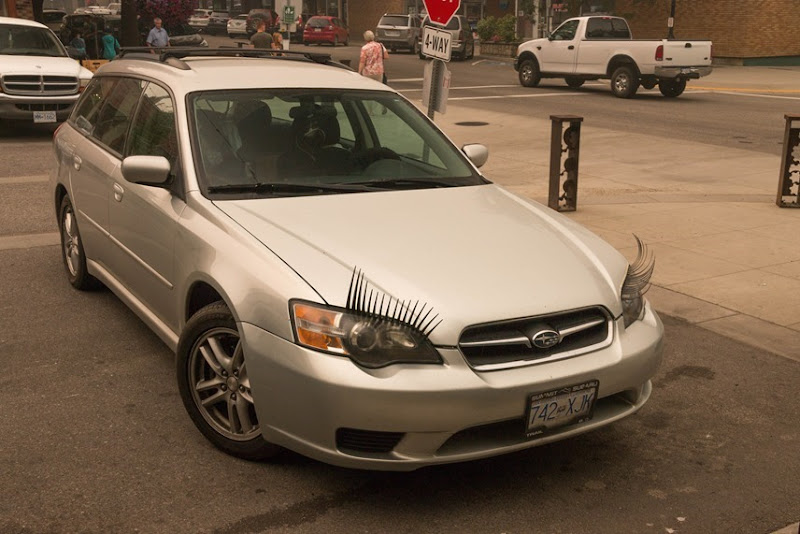 I did a photosphere in the alley by the one from yesterday.

I assume this was an old theater with all the playbills painted on it. 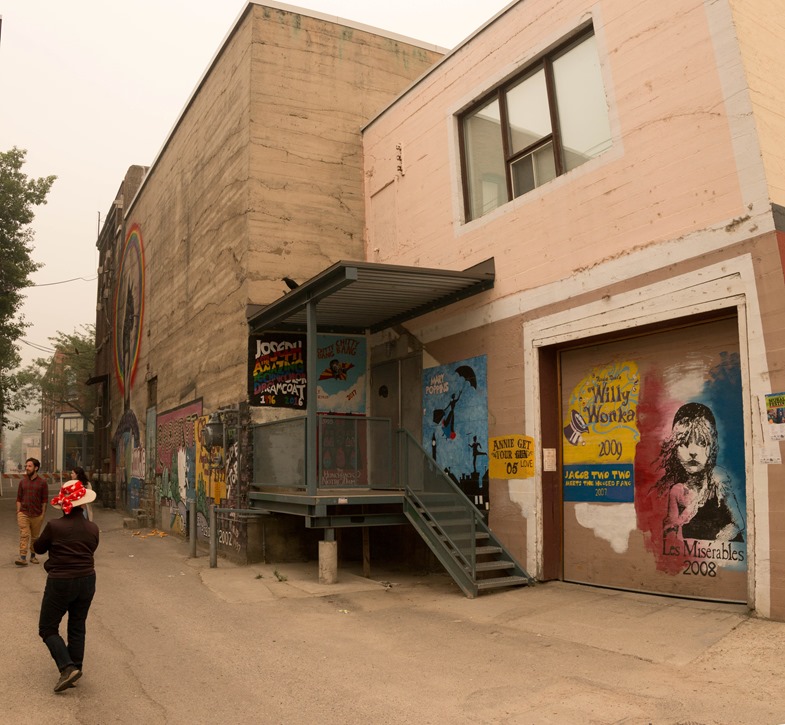 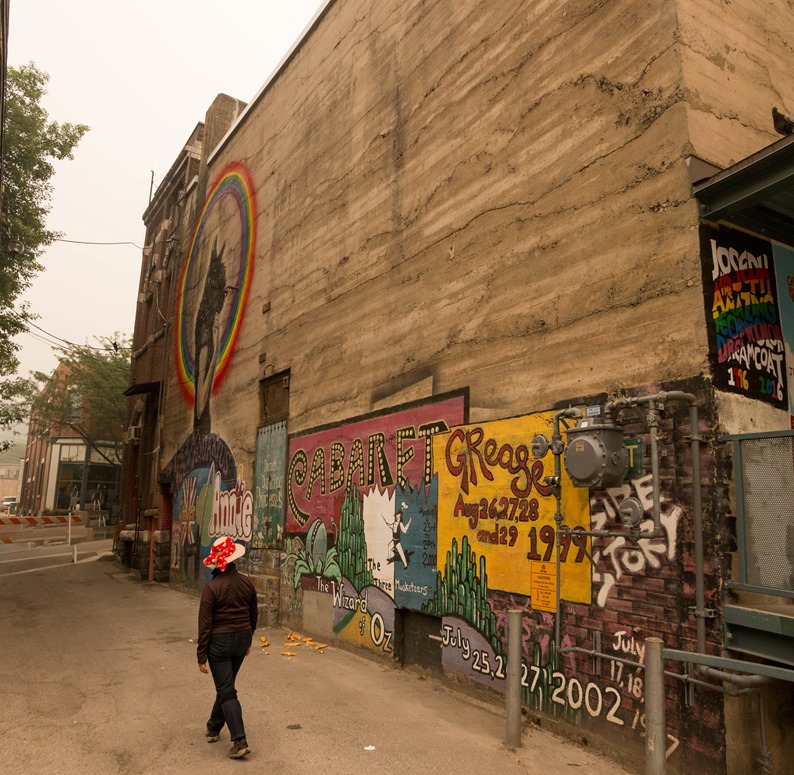 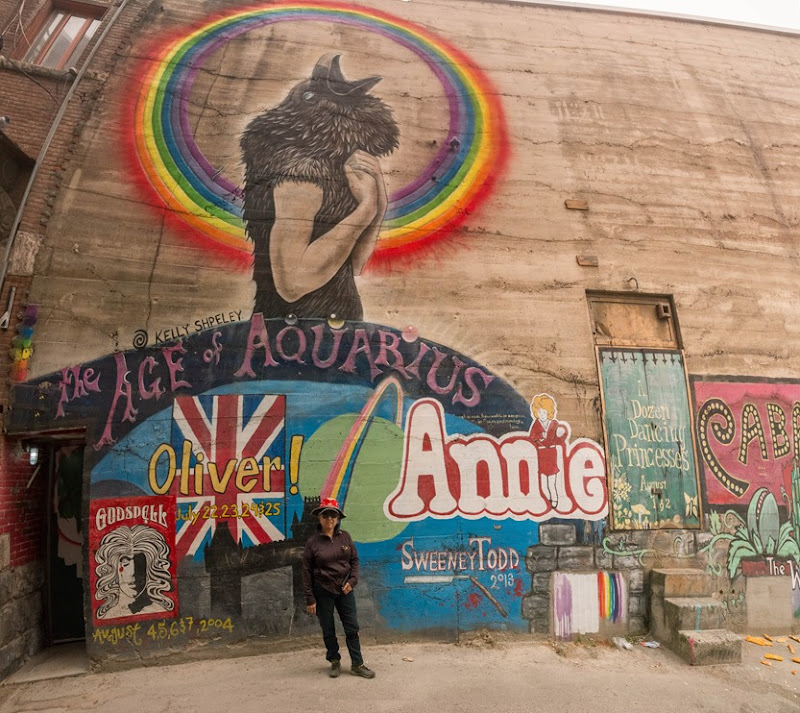 I should have checked out what the front of this place was that it required razor wire to keep people out. There was a massive one on the side of a drug store, that was also not new. 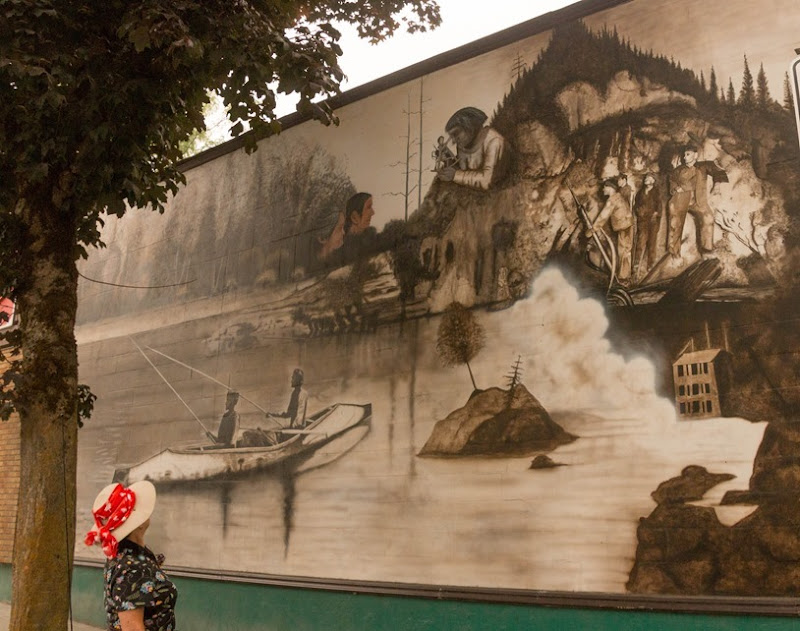 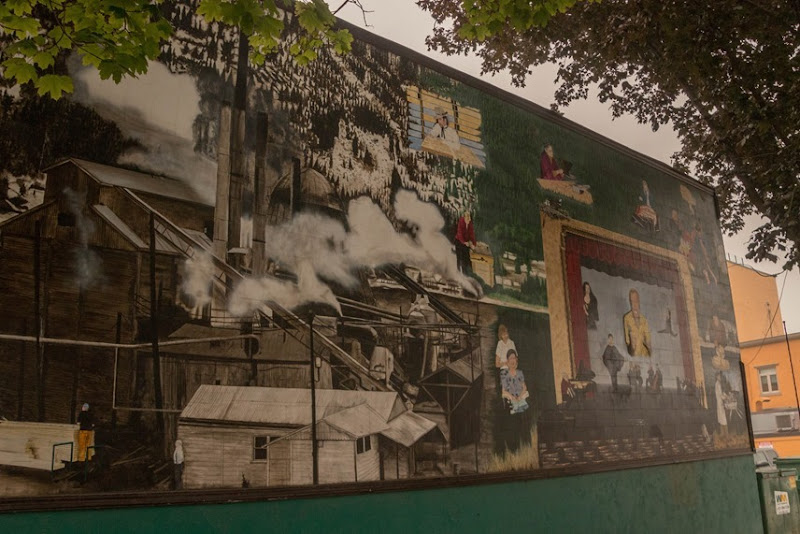 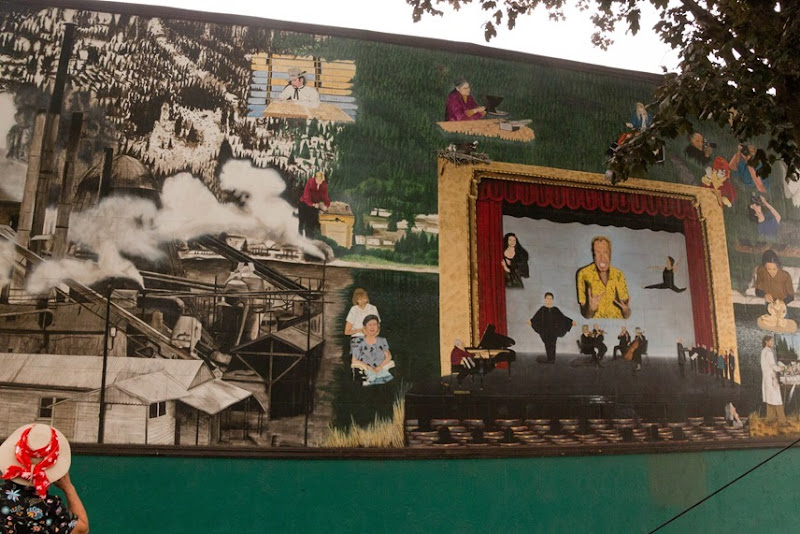 One side of a building was supposed to acknowledge all the sponsors but someone managed to modify the title. 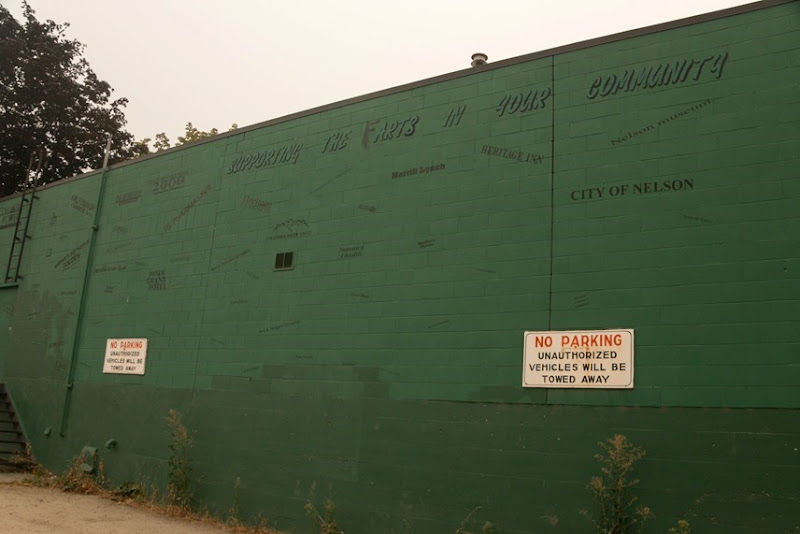 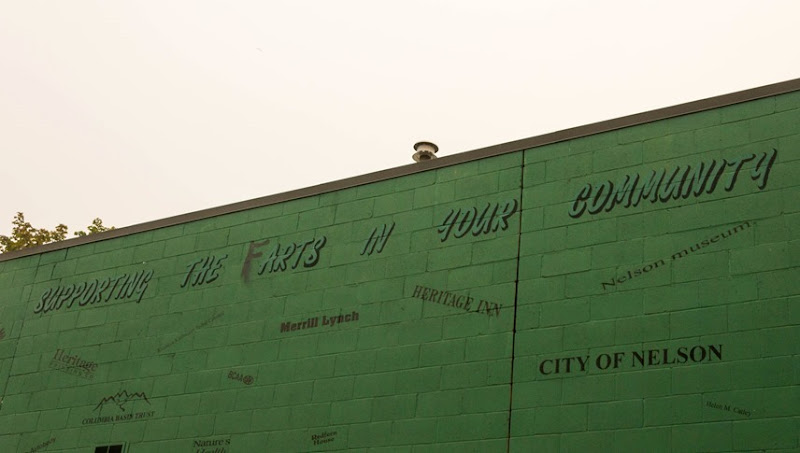 I think the colours in this one were a bit too muted. 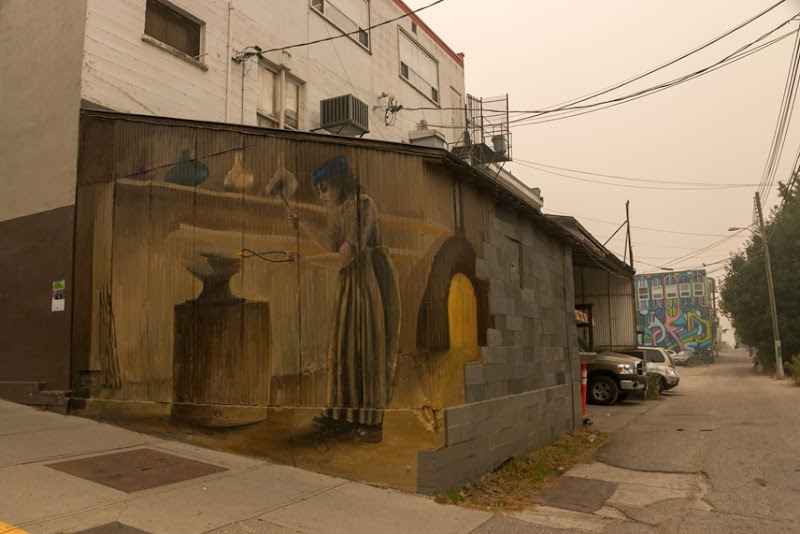 Whereas the one behind it more than made up for it. 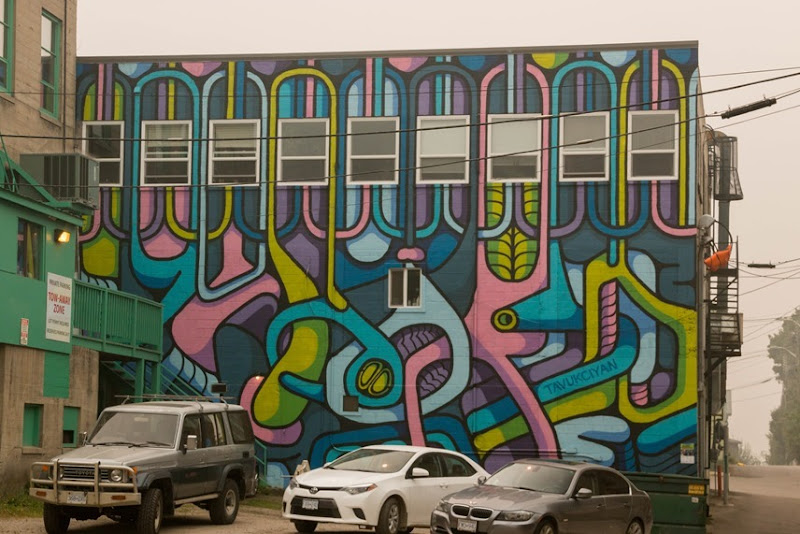 This was the front of someone’s building. I hope they like it. 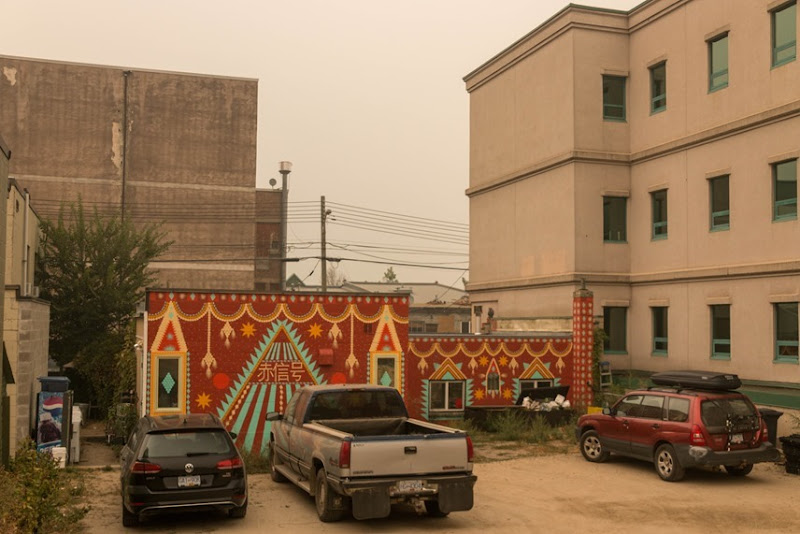 We didn’t get to all the new ones but just saw the ones near downtown. We had had enough of the heavy smoke so we headed home.

We are moving to Kaslo tomorrow.