As I said before, I was a bit worried about the brakes on the RV. We have had to drive down some very long hills where I had to use the brakes much more than I liked because low gear was just not low enough. These are the original brakes so after 90,000 km I suspected they might be wearing out.

On Tuesday I phoned around and found a diesel truck repair shop that said they could check them. They only worked on RVs on Wednesday and Thursday so we got up early yesterday and got over there just after opening. I wanted to give them lots of time because I fully expected them to have to at least replace all the brake pads and maybe work on the discs.

We waited an hour for them to get around to us and then a guy came out with a dolly to see the state of things. After few minutes under the RV he came up and said that nothing needed to be done. The disc were fine and the pads had around 30-40% of their life left. So no charge and off we went. We were back and setup at the RV park at around 10:30 am.

It was a hassle getting the RV packed up and over there and then back home but the peace of mind it gave me was worth it. We still have a lot of mountains passes to cross.

I had thought that we would spend a fair bit of the day there so I didn’t really plan anything else. The forecast called for afternoon thunderstorms so we just took the rest of the day off.

The forecast today was also a bit iffy so we just did a few short things in town.

First up was Demille’s Farm Market. It’s sort of a tourist place with a petting zoo, craft store and grocery store. 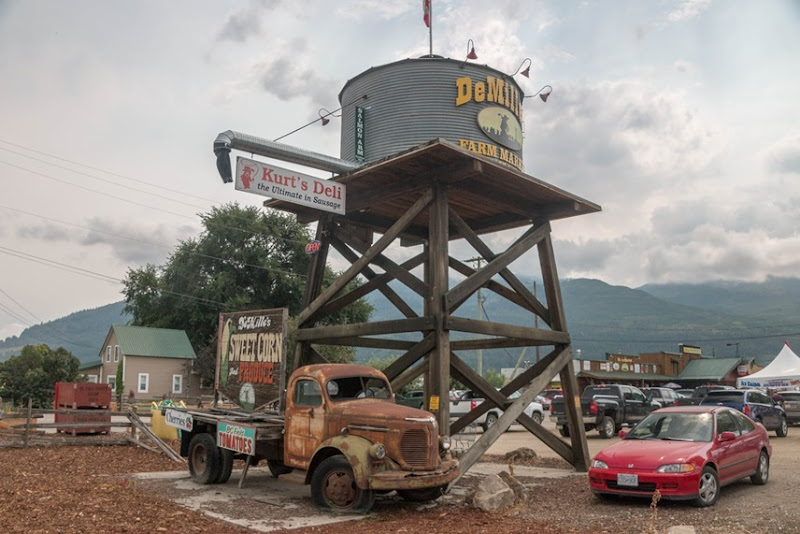 First we checked out the craft store. 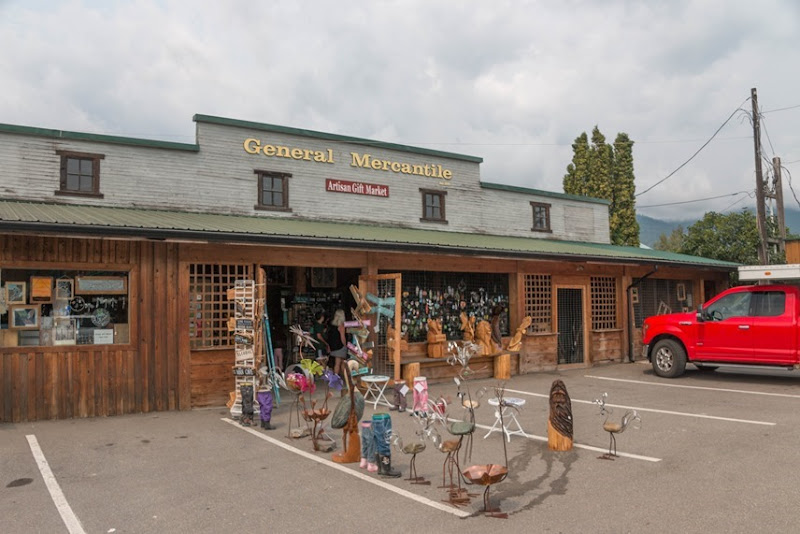 There was some really nice stuff but we don’t need more stuff. Jennie did buy a bit of stained glass.

While she spent more time in there I went to the zoo. After going through a double gate, most of the animals were just wandering around with us. 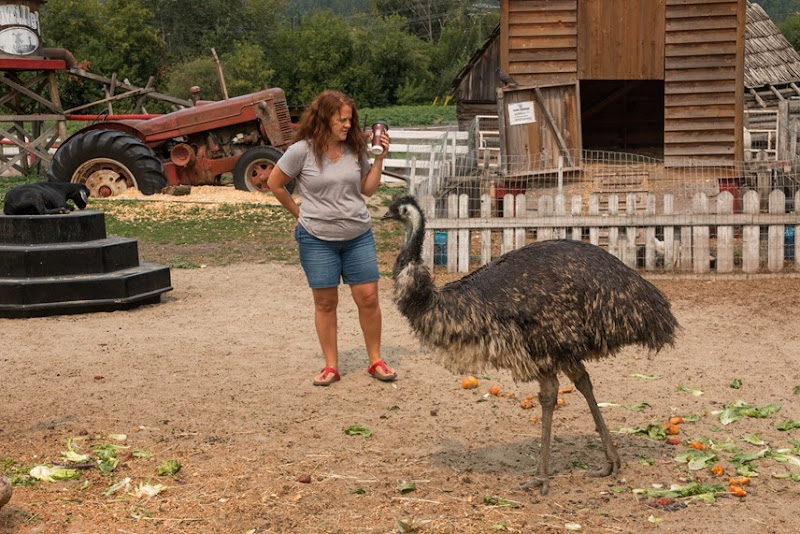 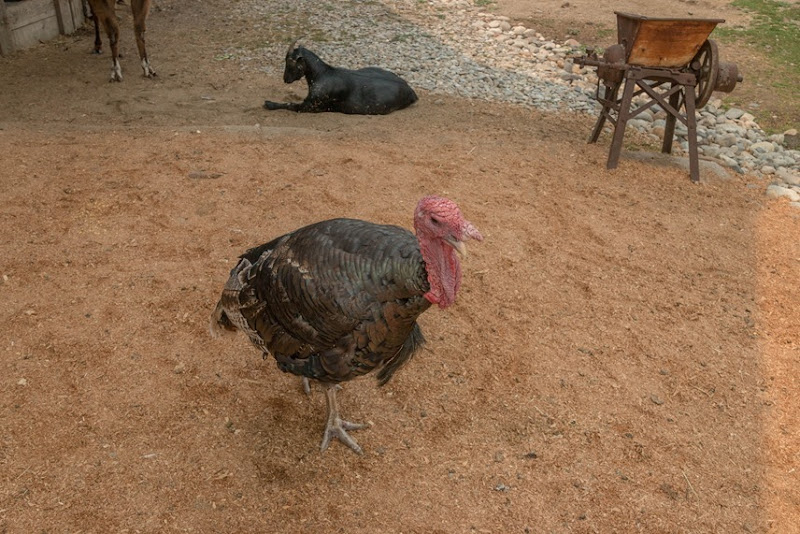 Some of the more aggressive ones were in pens. 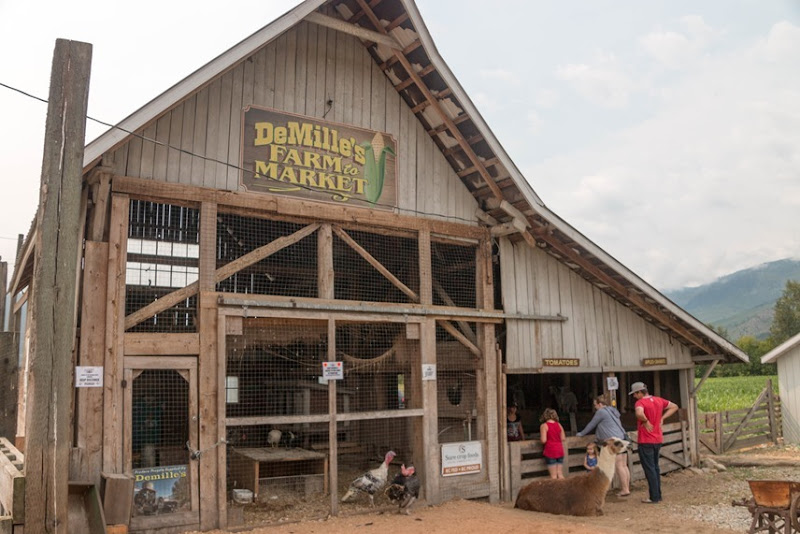 Not this one. Very docile. 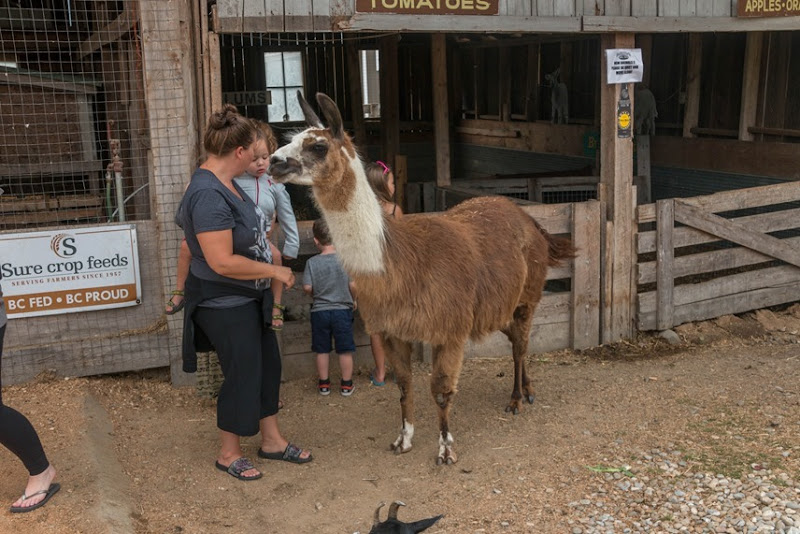 This sad looking donkey was in a pen, with some other animals, marked “Do not feed”. 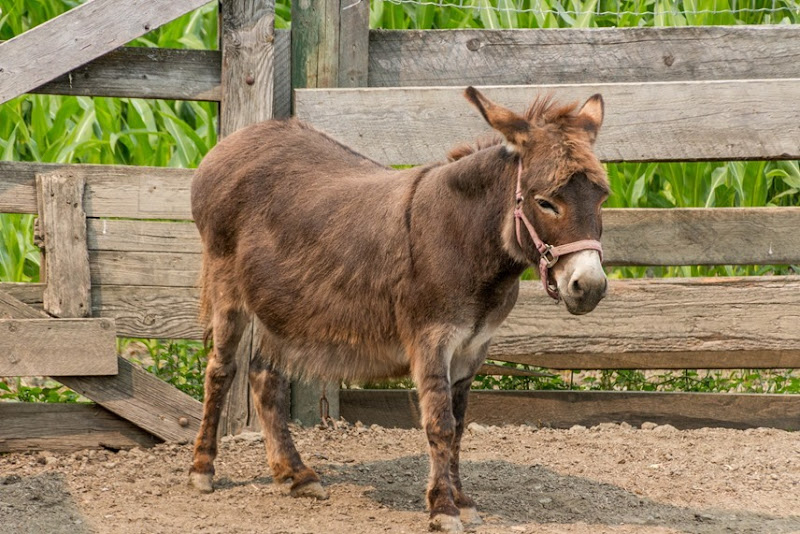 There was a vending machine where you could by animal feed pellets. These guys certainly knew when they saw a bag coming. 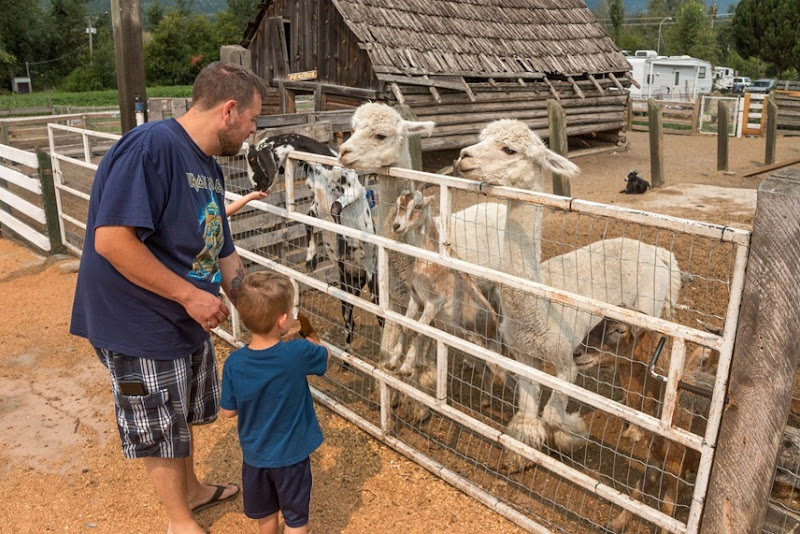 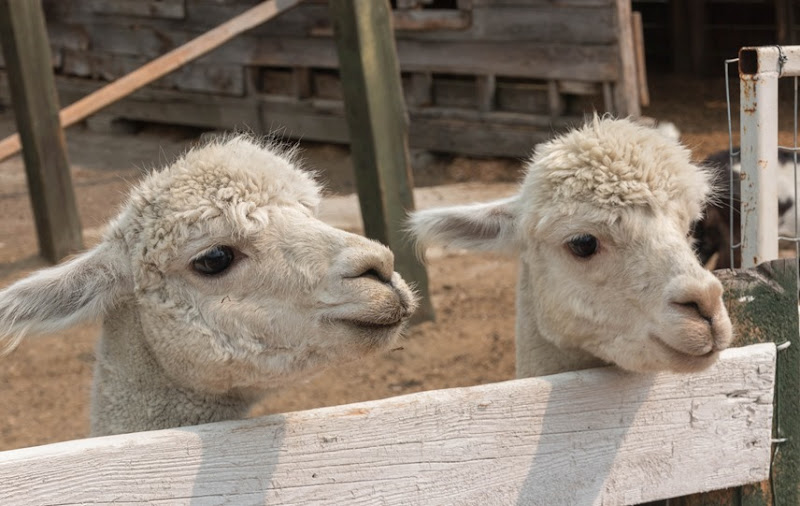 The grocery store had a bit of everything and Jennie said that the prices were not too bad. 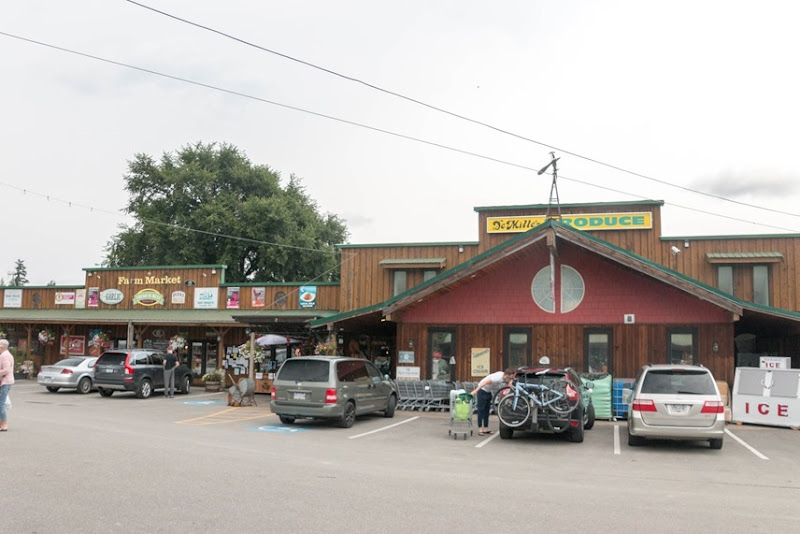 I hadn’t seen butter tarts in a while and scored the last two. 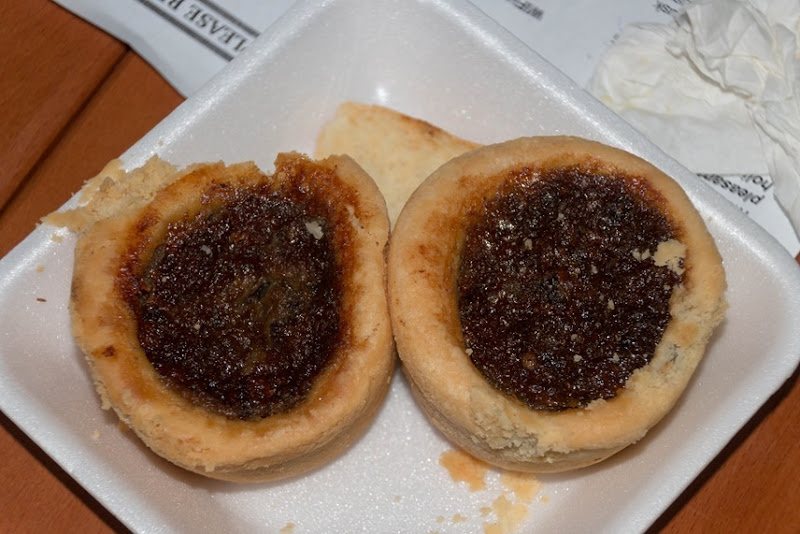 Not bad but not gooey enough for me and I prefer pecans to raisins. Still pretty good after a long drought.

Saw this gorgeous car parked outside. It didn’t really fit in with all the pickups and RVs. 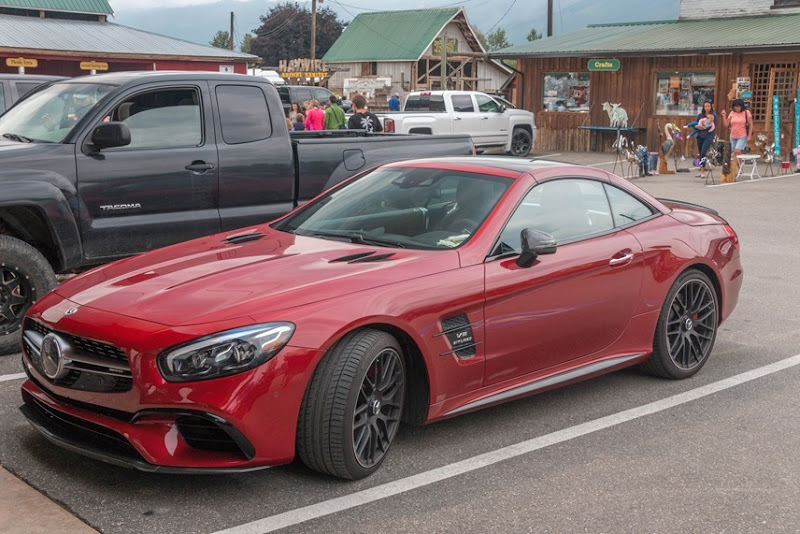 Nice car for a road trip though. 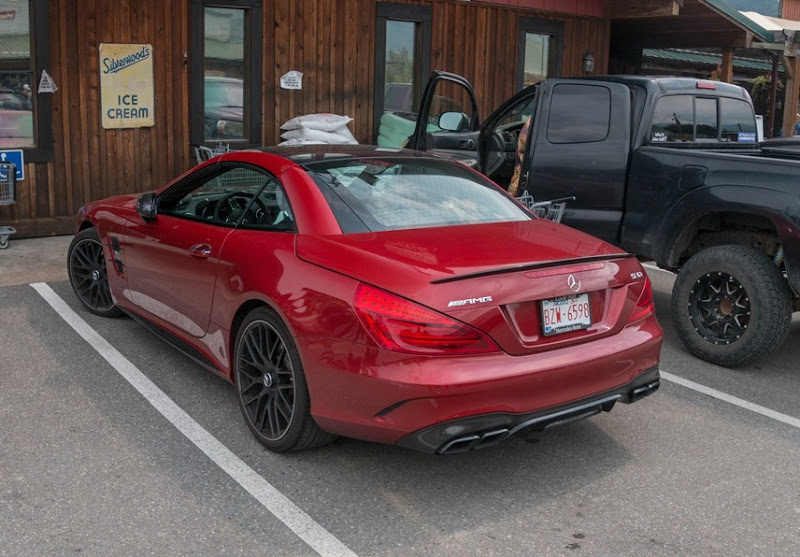 Next we headed downtown to the Salmon Arm waterfront.

The traffic was crazy today. Even the locals commented on how bad it was. The highway had long sections of stop and go and most of the side streets had long lines of people just trying to get onto the highway. I am not sure how often this happens.

At the waterfront there is small park with a literal sandcastle. 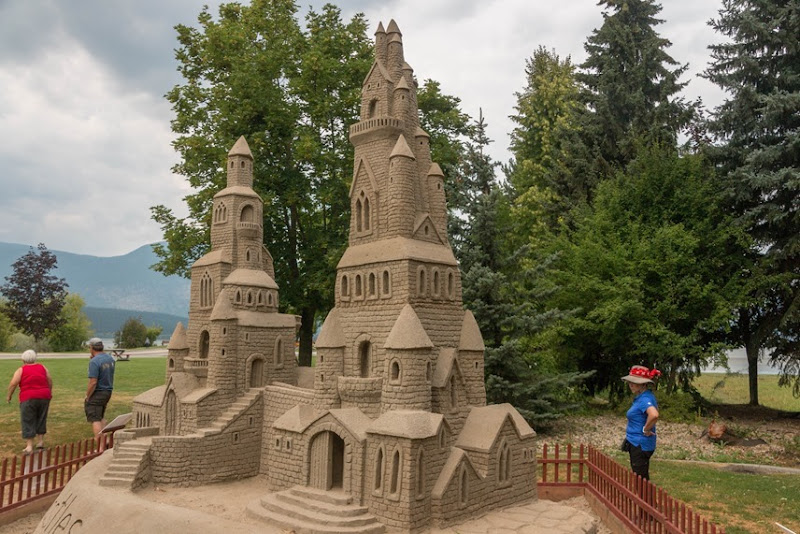 We walked out the long curving wharf to have lunch on the picnic tables at the end. 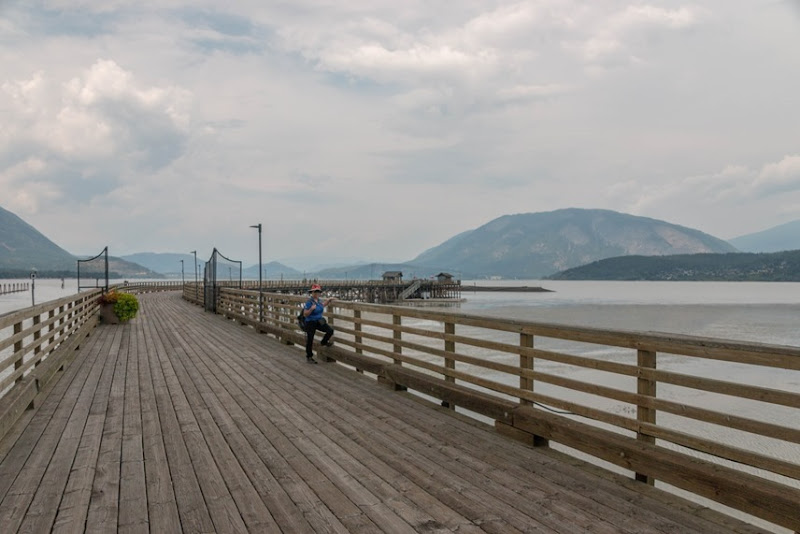 I think this is an osprey. I waited for it to turn its head but it never did. 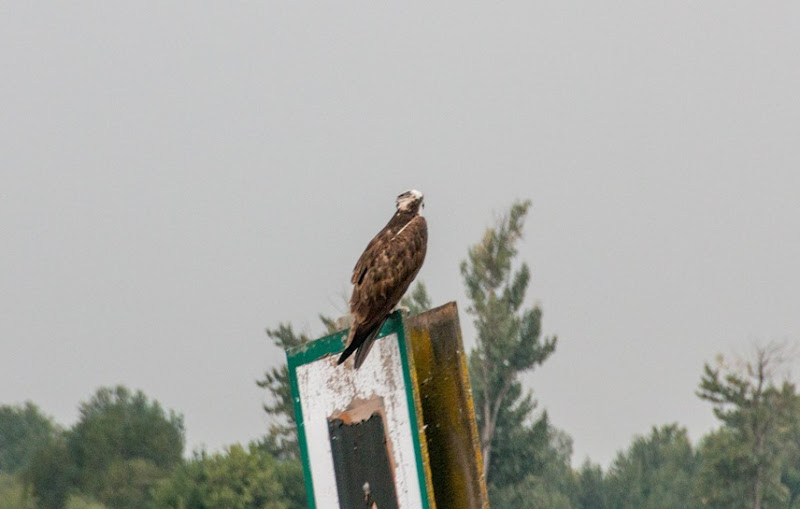 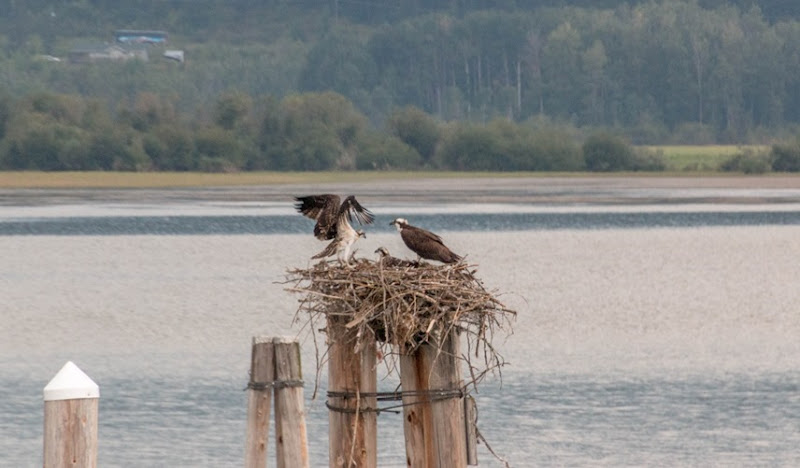 As we were done eating I looked up and it seemed that it was raining pretty hard just to the west of us. 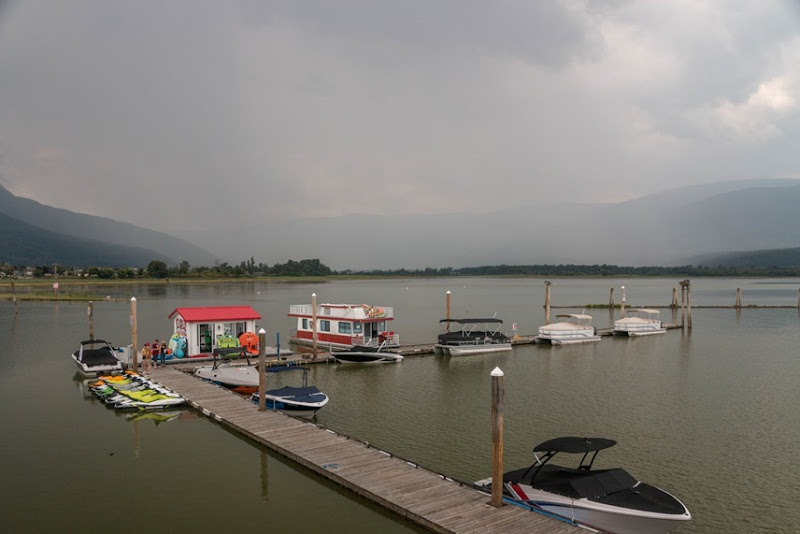 Time to head back towards the car as the wind seemed to be blowing it towards us. 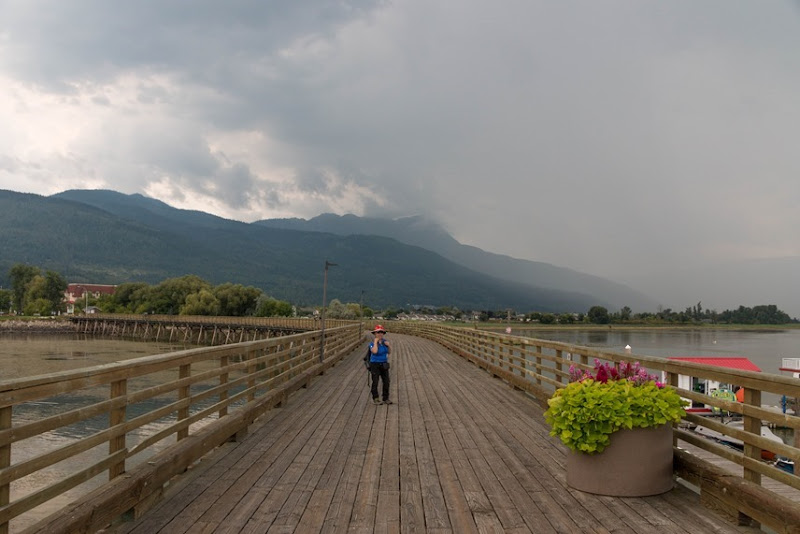 It seemed to be getting closer. 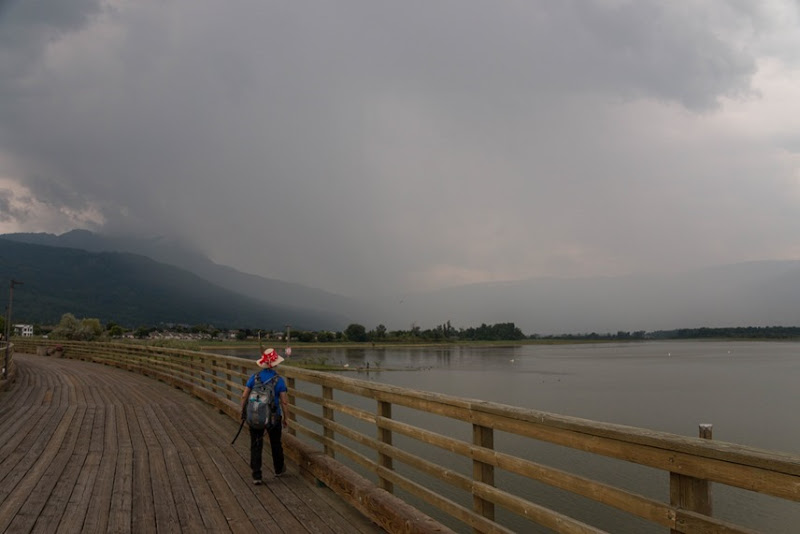 But back near the car, we were in sunshine. We had felt a few drops so it just missed us.

There were some great gardens to check out at the base of the wharf. 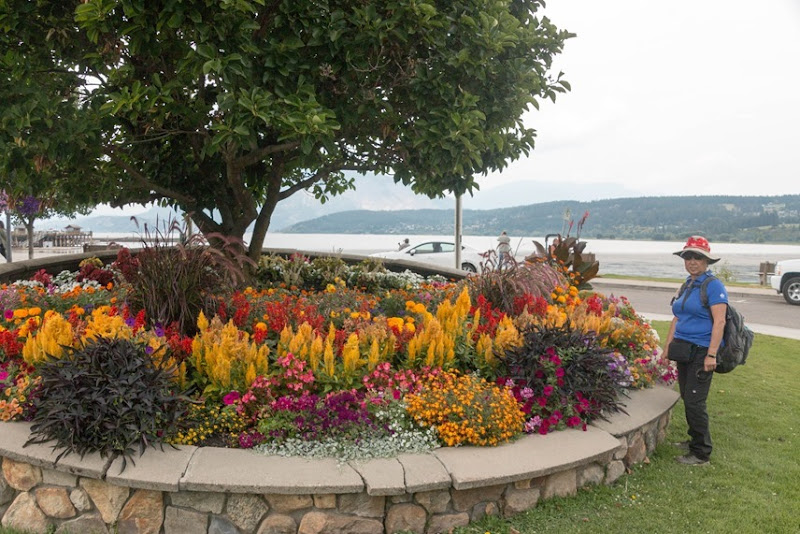 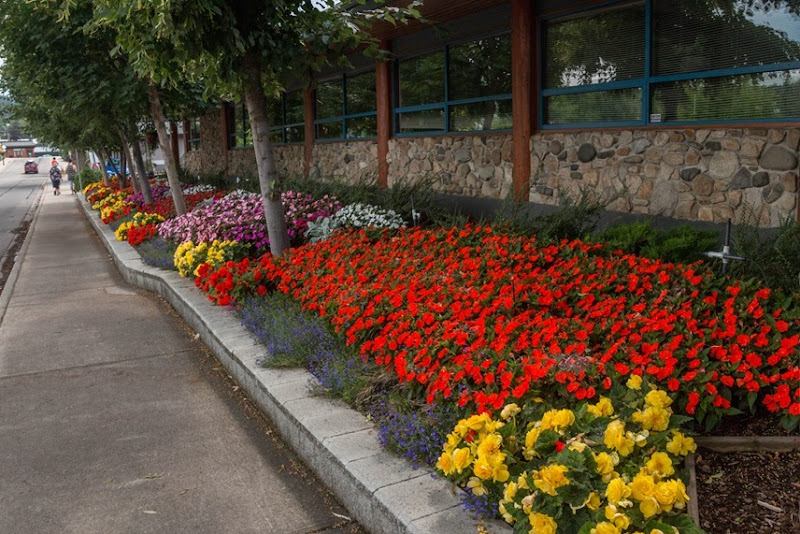 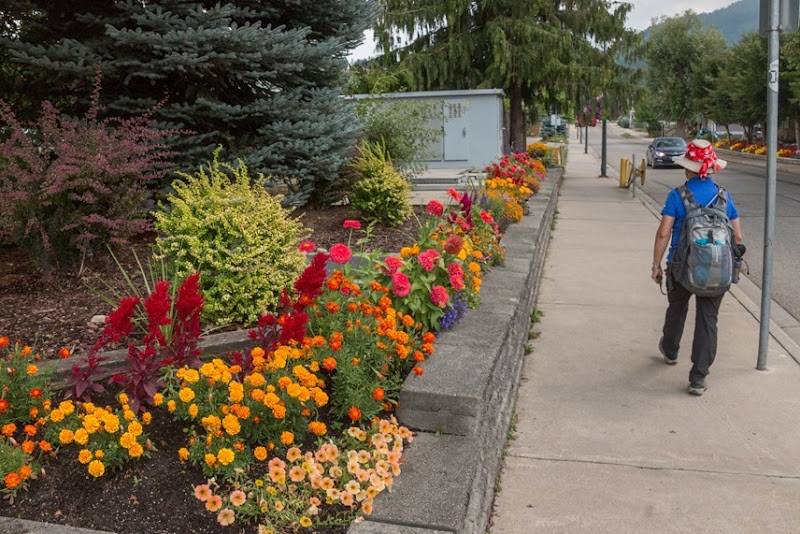 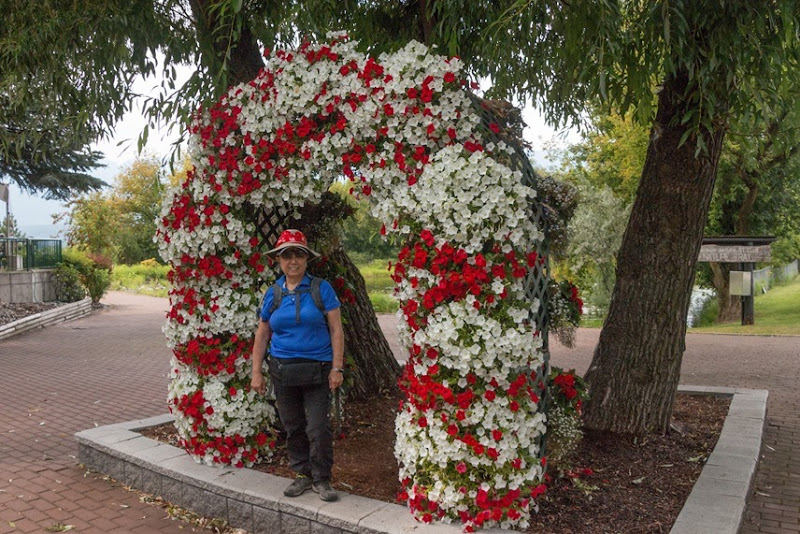 There was walkway along the shore which took us on a short loop and then back to the car. 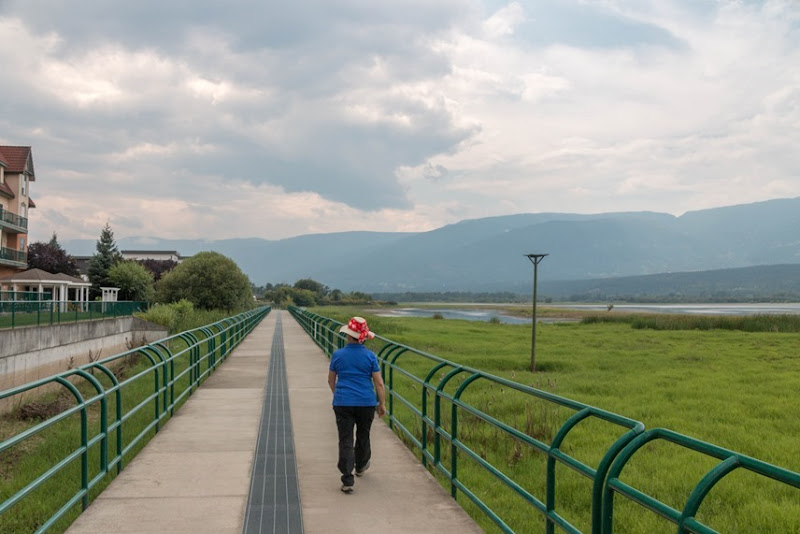 We did some shopping on the way home and could tell that it had rained rather hard for at least a short time over there.