On our last day in Oregon, we drove about 40 miles south to Mount Hood.

It was a  tough day of climbing for the CRV, 300 foot elevation to 6000 foot and back with several up and down passes thrown in for good measure.

The mountain certainly dominates the skyline. 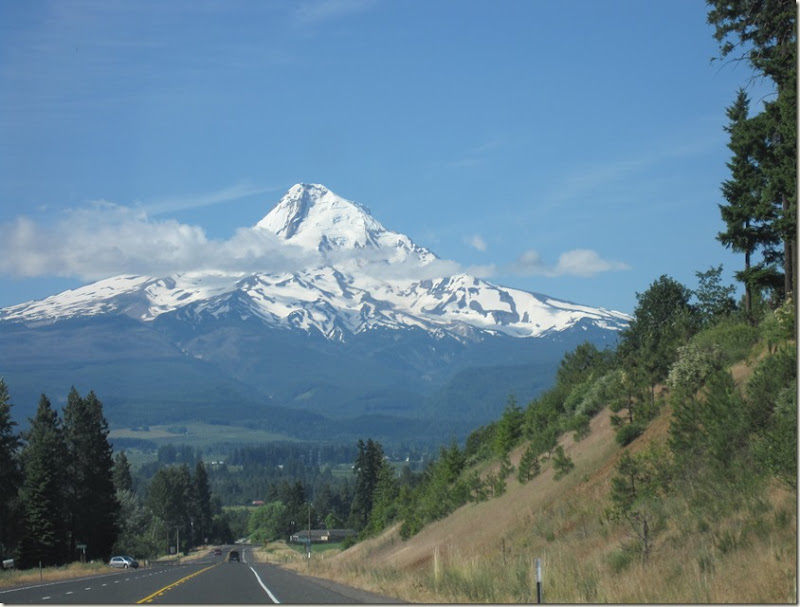 We did a 3 1/2 mile roundtrip hike up to Mirror Lake which is just south of the mountain. This a very popular trail as it is wide and a fairly gentle climb. The parking lot was almost full when we got there. 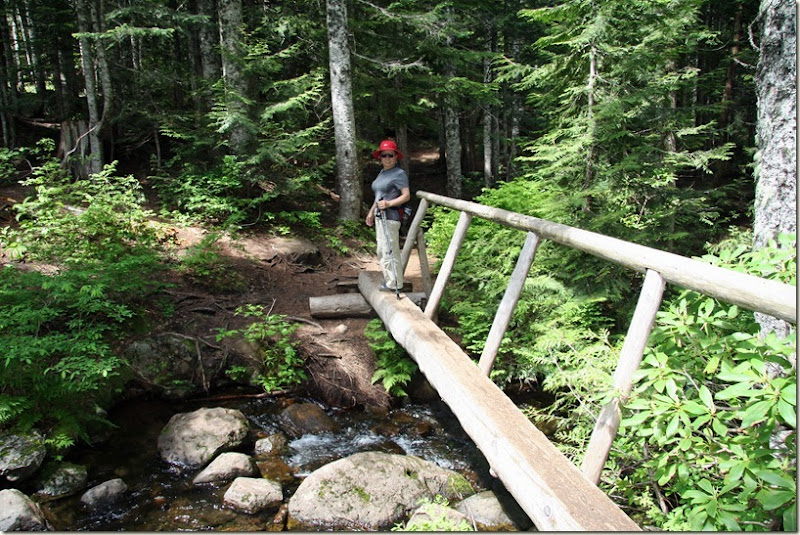 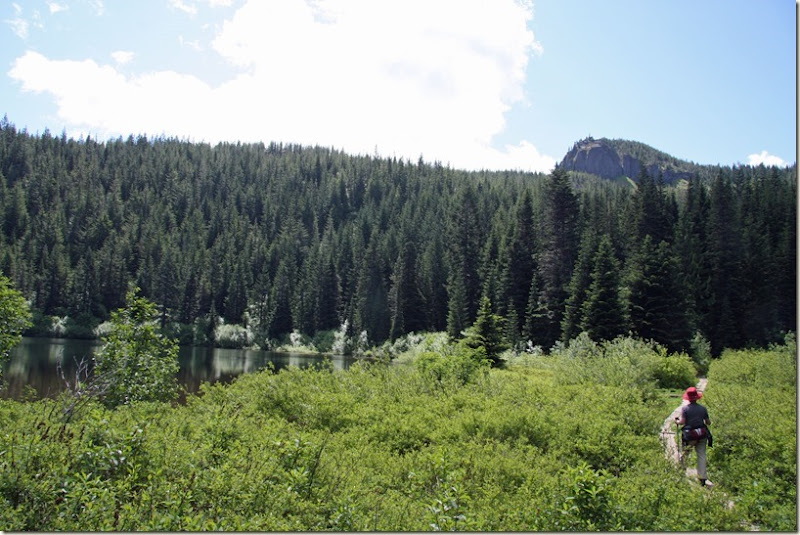 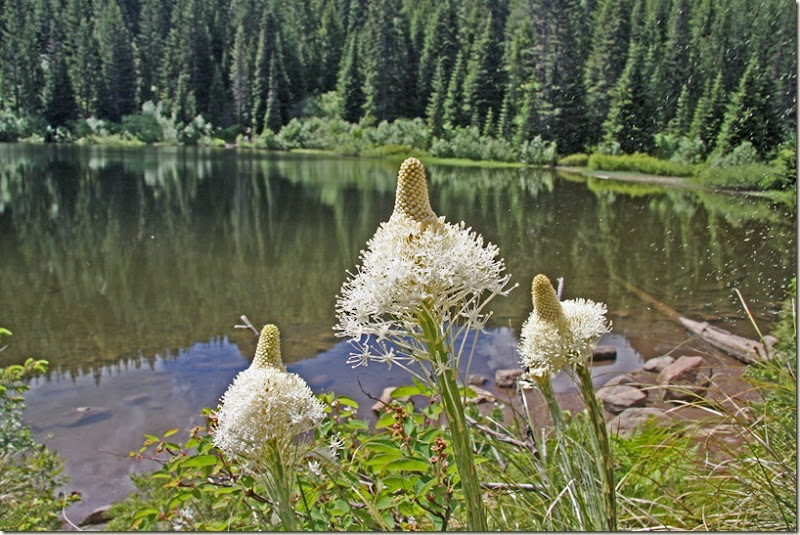 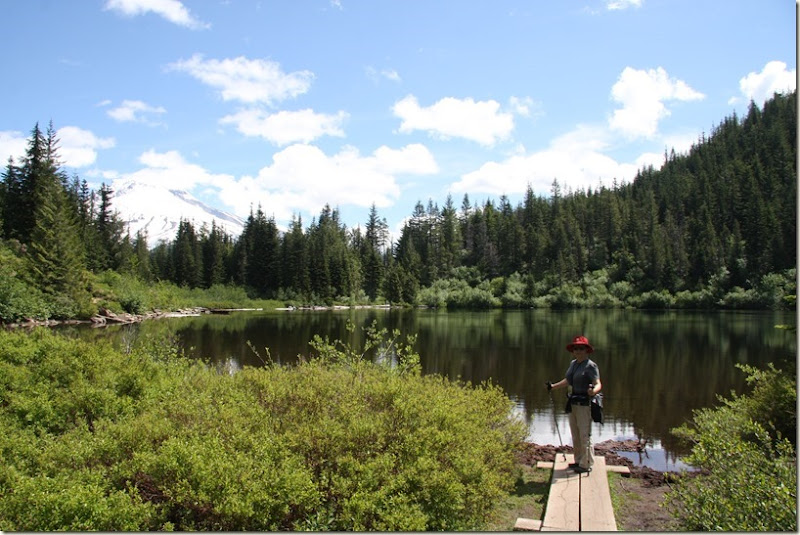 We did the 1/2 mile path circling the lake to try and get a clear shot but the clouds were getting thicker. We waited patiently for the clouds to pass to see the mountain “unhooded”.  We had lunch and still waited. 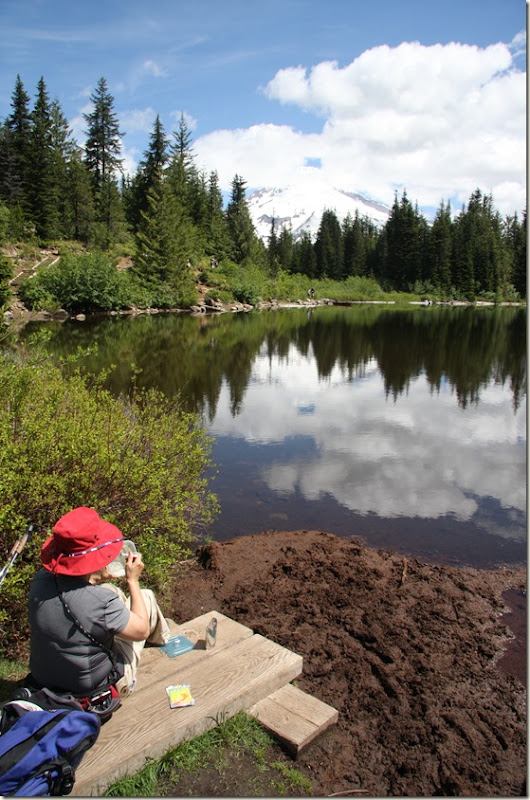 This is the best of many attempts. It was nice that there was no wind and the lake was really a mirror.

On the trail we saw this deep purple flower which looked like a trillium. 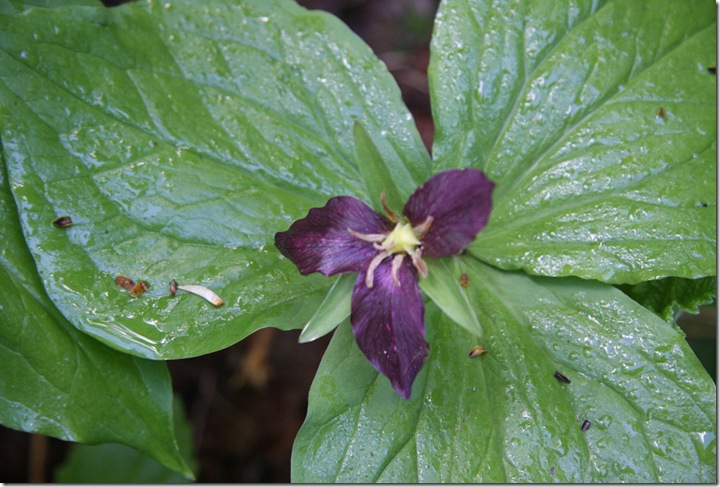 Our next stop was up the mountain to the Timberline ski resort which was still open. 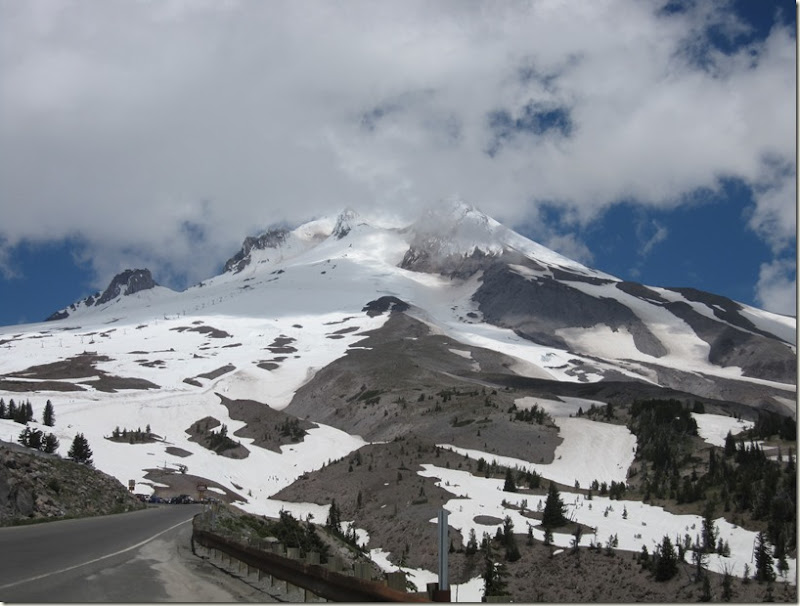 Only the upper open part of the mountain was open and it looked like there were only a few paths left at the bottom to get back to the lift. It felt kind of weird wandering around in shorts and a t-shirt with people clomping around in ski boots. 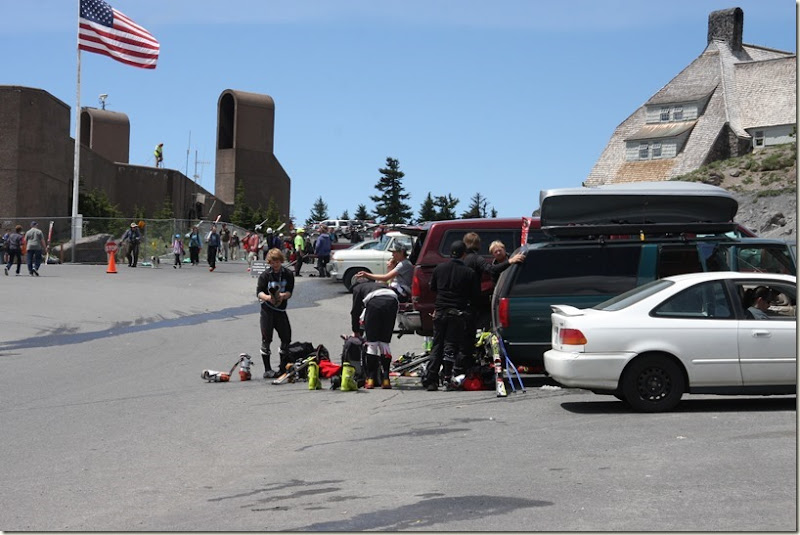 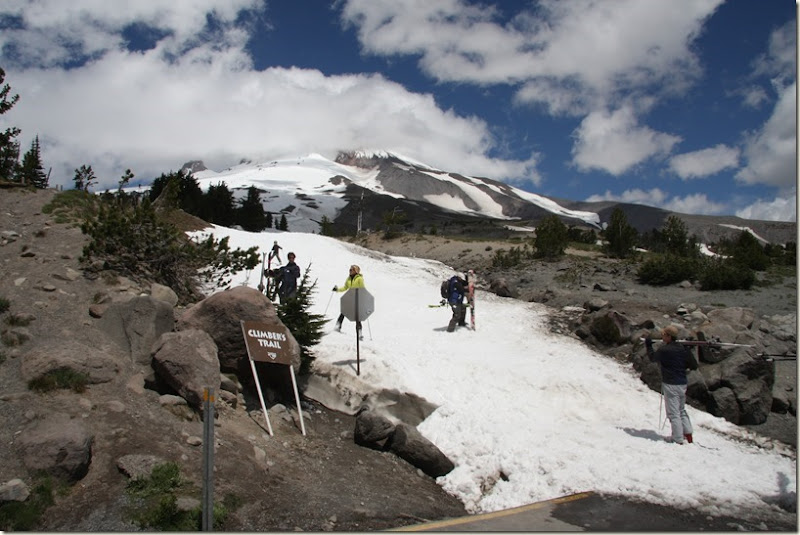 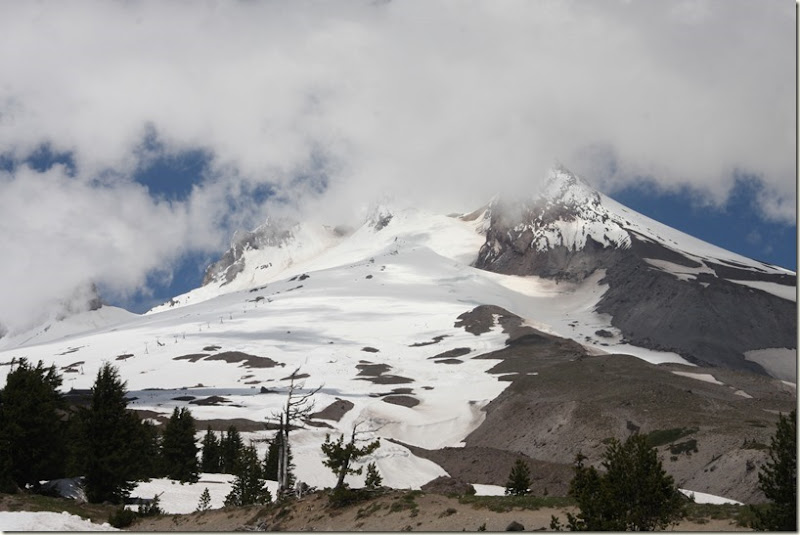 Still a fair bit of snow though. 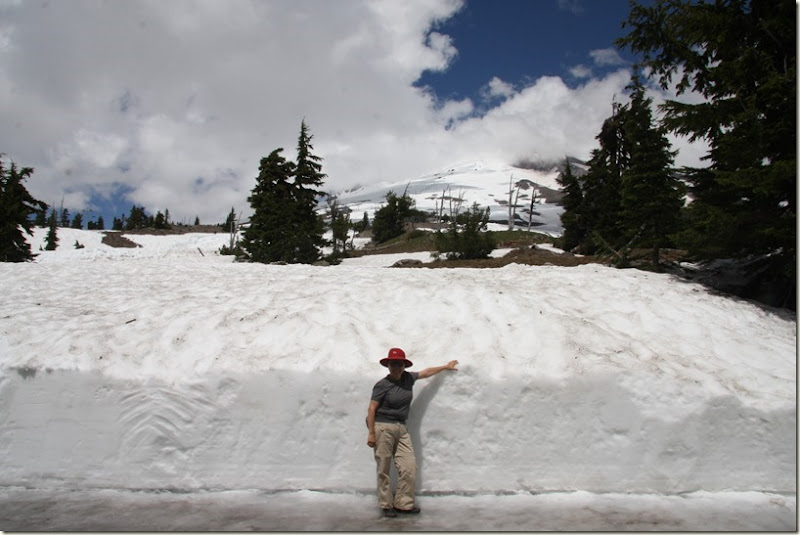 The hotel here is the famous Timberline Lodge built in the rustic American style in the early 1900s with wrought iron finishings on solid wood furniture, doors, walls, a huge 6 sided fireplace, etc. 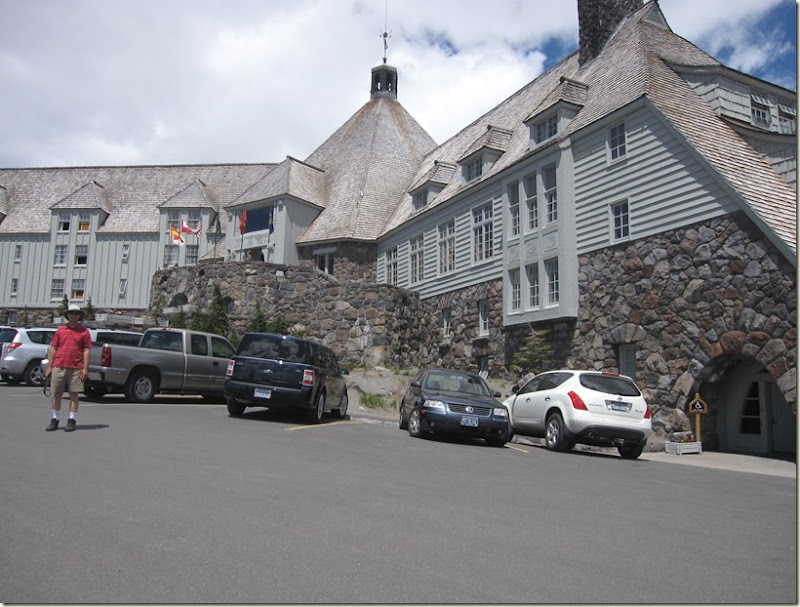 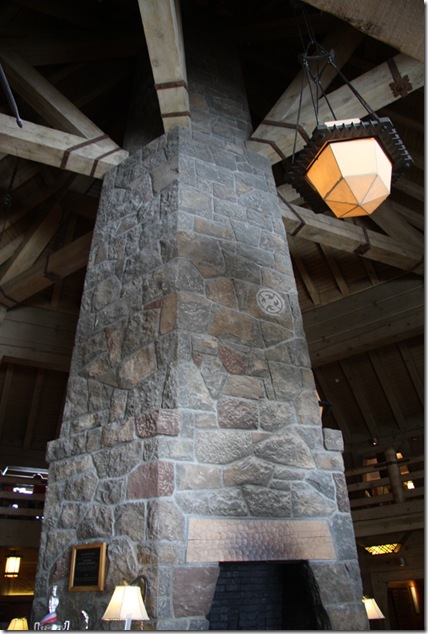 They had a nice buffet going in the lodge serving gourmet food ($18.95), as denoted by the medals displayed; however we already had lunch and wouldn’t be able to eat enough for it to be worth the cost.  Something was sending off a delicious aroma though, making us very hungry so we headed over to the Iron Grill in the modern day lodge to share a hamburger and fries which were good.

Part of the highway back to the RV is called the “Fruit Loop”, famous for pears and cherries.  We made a few stops to pick up some freshly picked but nothing was ready yet. The growers said everything is very late this year. At the cherry orchard they had even resorted to laying out huge rolls of reflective mylar to get as much sun into the trees as possible to ripen the fruit. We ended up buying some early cherries and some baking.

It was still early as we headed to the campground when we spotted some colourful kites flying over the Columbia River.  There were people kite skiing, sunbathing, playing on the beach and sailing remote control model boats; lots of activity all over the place. 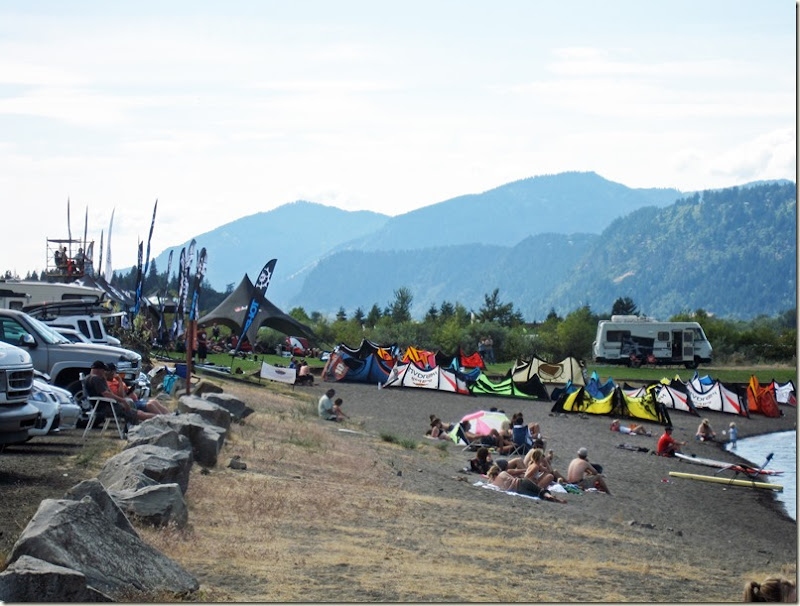 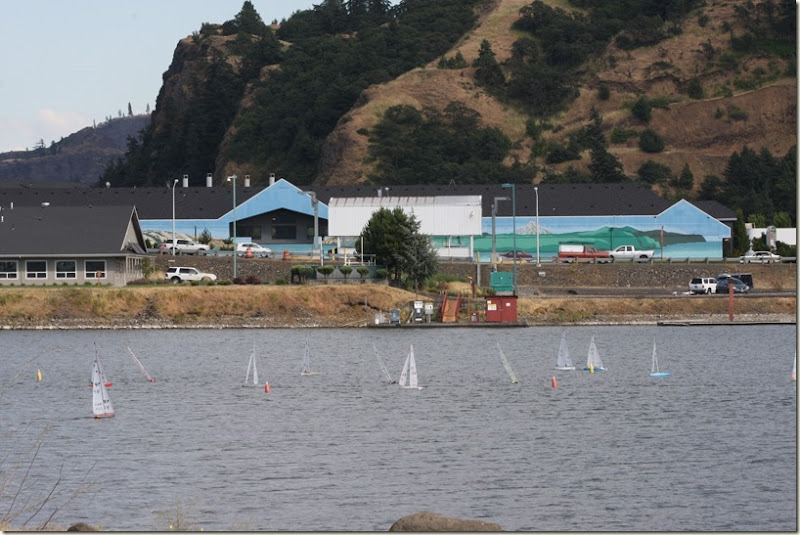 Launching off the ramp on a kite board. 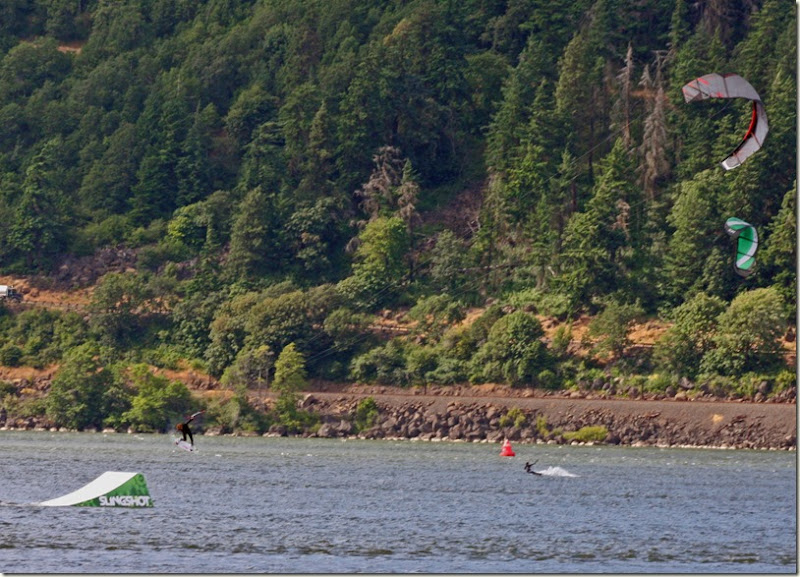 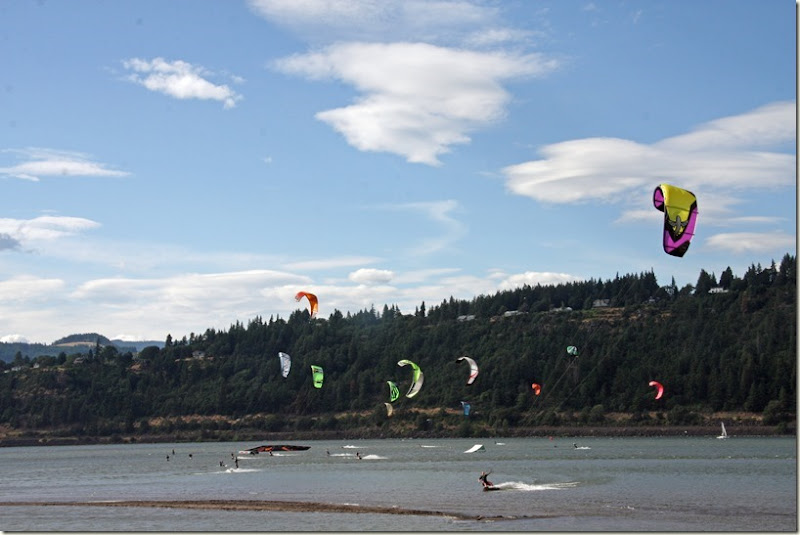 The tourist brochures call this part of the gorge “the windsurfing / kite boarding capital of the world”. The hot dry air, over the inland country that we drove through to get here, draws in the air from over the ocean and it gets funneled into the gorge providing constant strong winds.

After watching some sort of competition for a while we went home and were exhausted. A lot of sun and a lot of hiking in two days.

Off to Washington tomorrow.