I had waited to book the ferry to Newfoundland until I knew exactly what date we would get there. I went online and tried for the 13th but find that it is booked up until the 18th. Oh well, no big deal. we will just spend some more time here first. We will spend another day around here and then head up to Kouchibouguac National Park to explore until it is time to go to the ferry.

We headed down Hwy 2 towards Sackville to pick up Rte 16 along the coast. Some of the houses had very interesting lawn decorations. 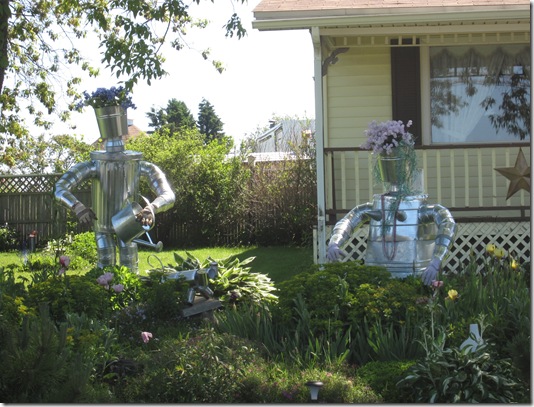 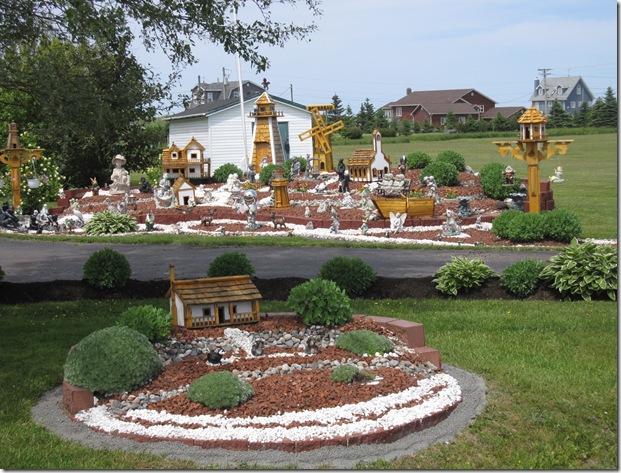 Around Cape Tormentine, we finally catch a glimpse of the ocean, then further along Confederation Bridge across to PEI. Having driven this route before, we did not cross over the bridge and just continued north to Cap Pele where we had lunch at Fred’s Place. 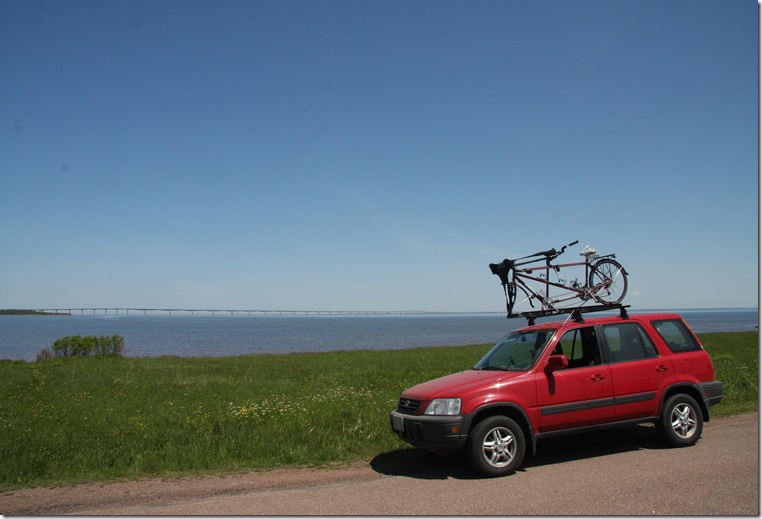 I wanted to have lobster today and driving over to PEI for a church lobster dinner did not fit our schedule, so I settled for Seafood stew and Lobster club sandwich which was $28 including one soft drink ($1.99). The ginger ale here is Sussex (looks very British with the lion emblem) tastes more gingery than sweet; better that what we have in TO. At the restaurant, there was a little baby boy fussing, so I smiled at him and made some faces. He got distracted and perked up a bit.

As we got up to leave, the mother of the baby asked where we were from and she said she was from Hamilton. They came here once for a vacation and fell in love with this spot so they bout a little place. She told us about Aboiteau Beach, just up the road a bit. It is not busy now, so there is no fee and it is not crowded, at all. The sand dunes are high and the sandy beach goes on a great distance without end from where we stood. The tide was out, leaving interesting textural surface on the sand, deposits of rocks crusted with tiny clams, green fungus and seaweed. I also spotted a whole dead crab, about the size of my hand. 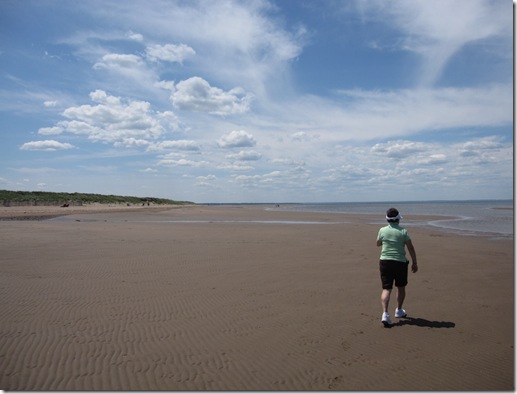 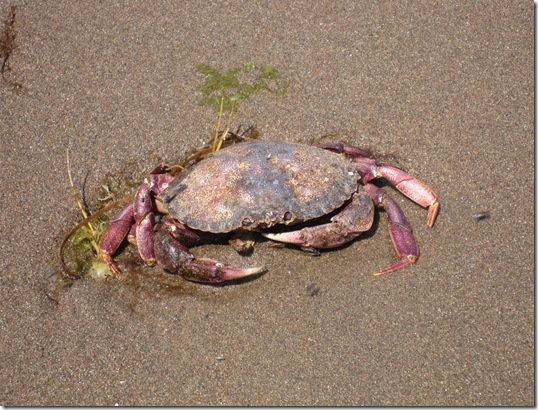 It was getting late and there was not enough time to get to the Ecco Centre so we decided to head back to the RV. It was around 4:00 pm so we had a nap. I do not know why we felt so tired, maybe the sun and sea air. I made a one pot dinner of country wild rice and tuna burgers. We sat outside at the picnic table to eat it but it got progressively cooler so I headed inside where it was still hot.

Ruth & Barry Parmeter work at this campground for this summer. While Stuart was outside puttering around, he and Barry had a chat and he invited us over for a campfire. 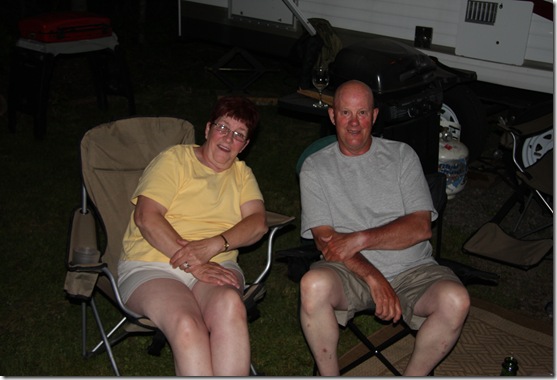 They live in Labrador; have a cabin on the water half and hour from their home, where they have skated in September, and skidooed from home to the cabin; but not this warm winter. Barry recently retired at 63 and Ruth left her job in a lawyer’s office due to the fact her paycheque bounced and there was no effort to reimburse the employees so they left and Ruth officially became retired and joined her husband last year.

This couple do like to travel about. They spend all winter back and forth to their cabin. In September they are flying out to Edmonton to visit relatives, despite Barry’s fear of flying as a result of a crash. He also had his hair burnt off last winter due to a fire in his tent when he was sleeping during a caribou hunting trip. Her ankle is still very swollen from a break from a fall not long ago for which she is still being treated; hence she is taking the ferry back for a doctor’s visit next Saturday.

We had a very pleasant evening pumping them for information about Newfoundland.