Our first stop of the day was Brook Pond, where we hiked a trail overlooked a pond. It had a fancy gazebo structure with benches that had a peacock back. They make these paths meander; not straight. I understand it is because the land is not level and there are pools of water and wet areas to detour around. These paths are so much longer as a result of the indirect route and since you can only see the bits of the path that are elevated, the walker does not know how it twists until one gets to that section. It was a lovely walk as the conditions of this park were good. 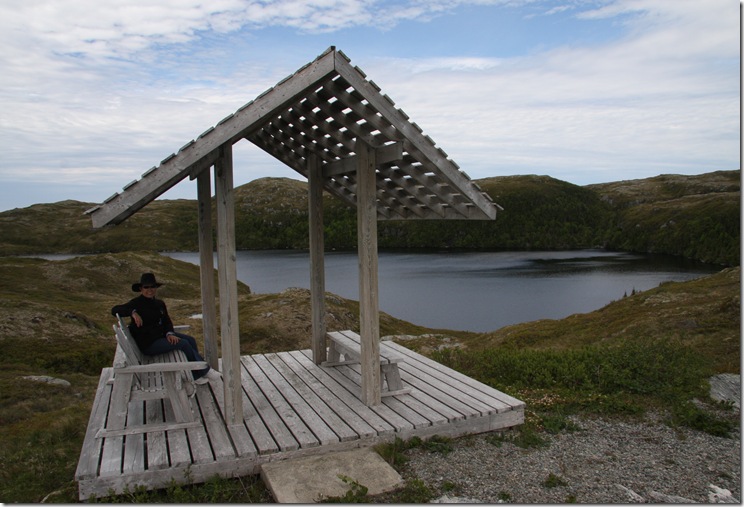 At Ile de Mort where we stopped at a picturesque spot to hike the Harvey trail but I did not feel well so Stuart took a few photos and we drove on. There are no gas stations or rest stops about to accommodate visitors and though the tourist literature says that the residents are friendly and all; do you really want to test it by asking to use their facilities. 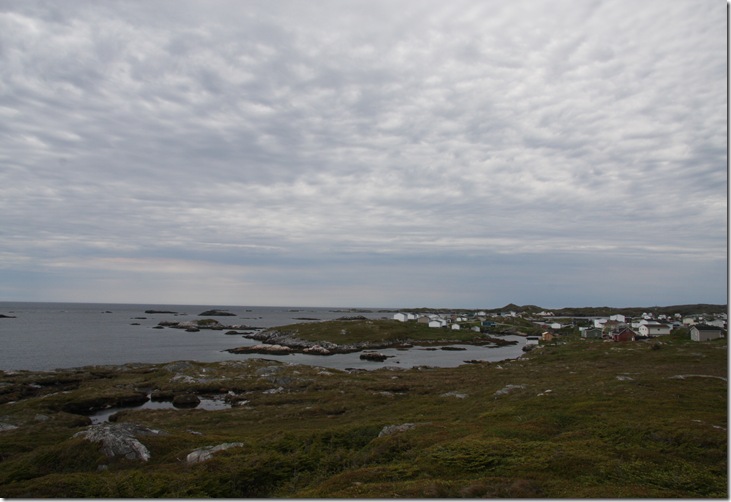 Houses seem to be littered all over the place on the uneven ground, sprinkled in different colours and smashed together closely, as if an artist was filling spots on his canvas with blotches of colour. They are mostly smaller dwellings and more do not have garages than do which is odd because most families have a car or two parked somewhere. Since the ground is rocky, roads are not flat and in poor condition sometimes reverting to gravel instead of the paved roads running through the villages. 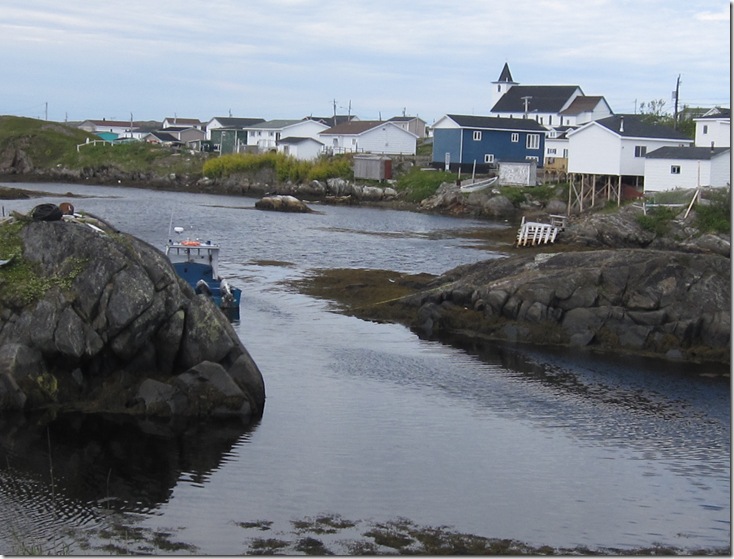 At Burnt Islands we visited the Hook and Line Interpretive Centre, a little tourist building, part m useum and part restaurant. Since it was 12:30 we decided to have a bowl of split pea soup and cod au gratin ($6.50 plus $1 tip). It was a cozy little place with a few locals eating there so I thought it would be a quaint place to sample the food. The cod was tasty and the soup filling for the two of us. Most people are surprised that we share the meal, as usually guests order that for one person only. The ambiance was good, as we ate and listened to the residents chatter, barely understanding what they were saying, even if it was in English. 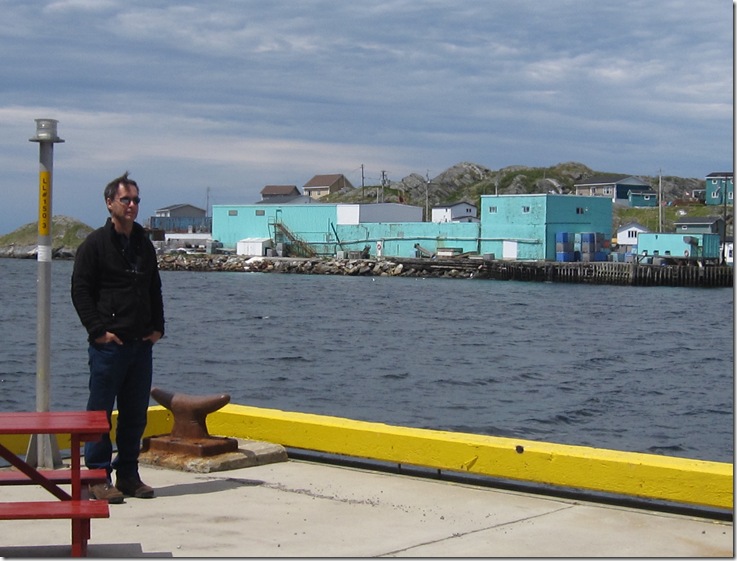 Rose Blanche Lighthouse (actually it was named Roche Blanc by the French and probably anglicized to its current appellation), was a proper tourist attractions. There were a number of coloured huts with women attending each. The first guide we met came out of the Grub Shack where I tried to order ice cream but they did not have the key to the freezer yet. We indicated that we wanted to tour the lighthouse so she ran to another shack to sell us tickets. Some other tourists wanted to go into the Gift Shoe so she ran over there after giving us change. I went into the Gift Shop to look for mitts and found a cute hat like the one I bought for Lynn when she was in grade 1. 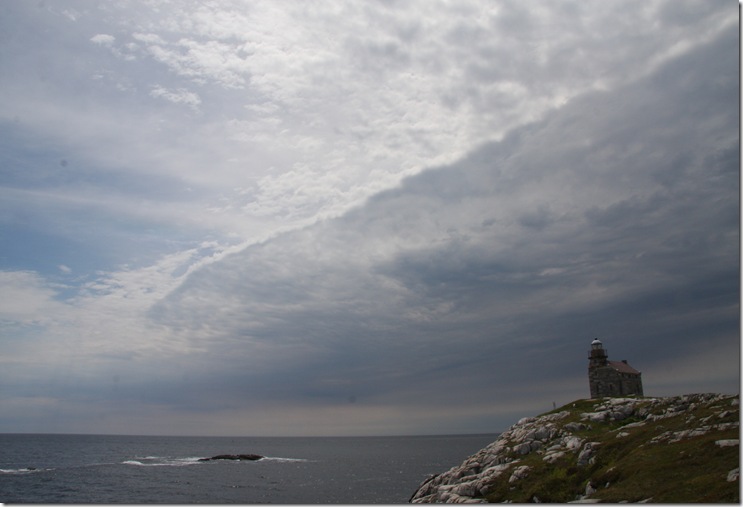 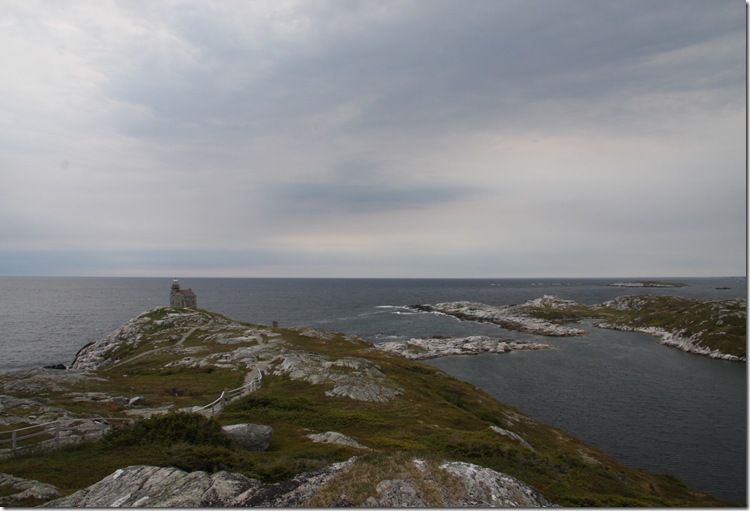 From the highway the waterfall is visible so we drive to the starting point of the path to it. A sign that has fallen down indicates that one is to use it at their own risk. It is indeed in very poor condition with many boards broken, missing and nails sticking out. We walked the boardwalk all the way in until it stopped, despite parts of the path completely being eroded away making it necessary to walk on the mushy soft, wetland. I wished that I had better foot wear so that we could have climbed the path up the waterfall but the ground is quite wet, probably slippery due to water on smooth rock and it is a cold day. 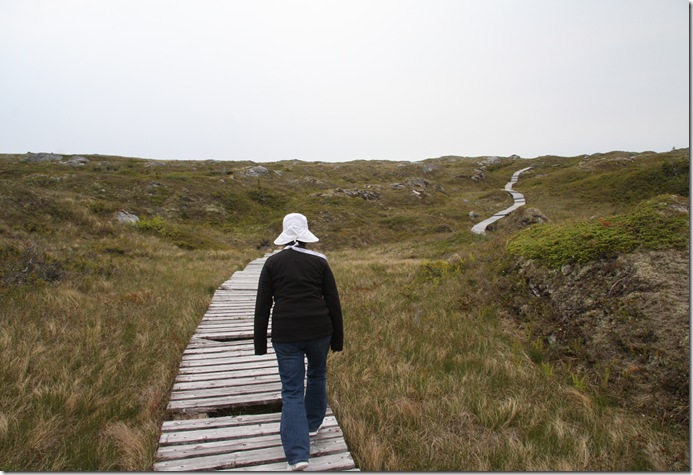 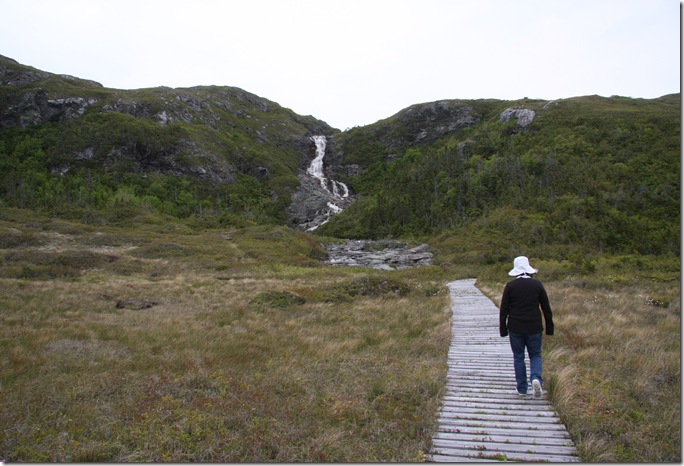 We drove to Cape Ray and watched the waves splash about the etched rocks around the lighthouse. It was not opened so there was not much else to see. 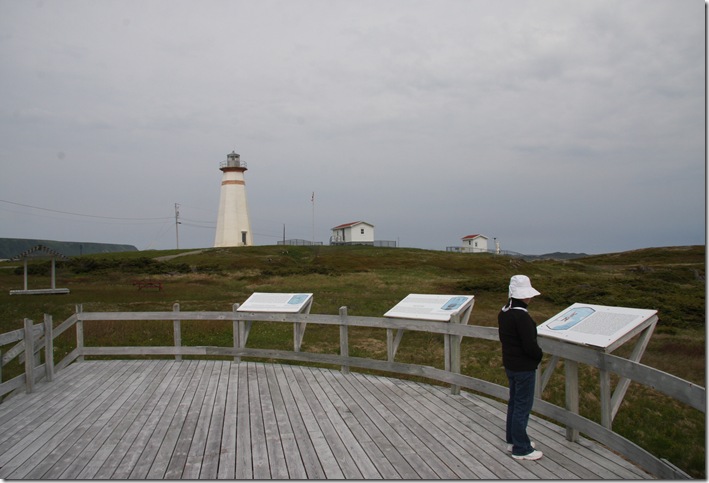 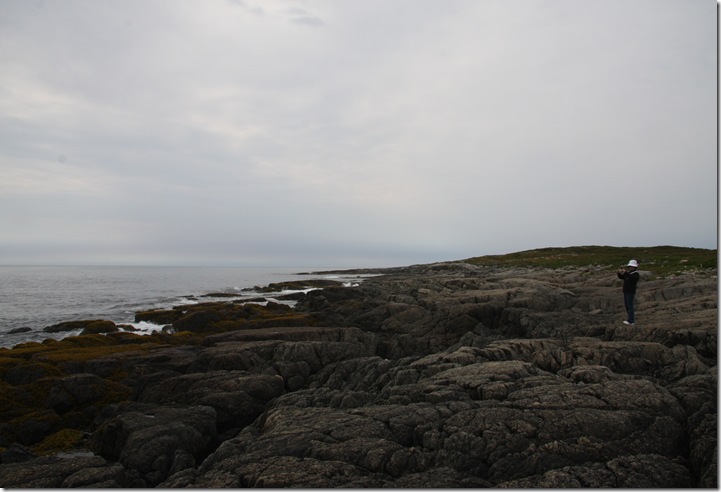 Cape Anguille was not developed or even open for viewing. The road out to the edge was very rough and full of large boulders; not gravel. It was windy so I did not get out to look around. On our way out, we saw an RV from our campsite heading out on the rocky stretch. We should have warned him that it was not worth the trek out for a sight. Another car came down and S rolled down his window to tell them about the rough road conditions. The fellow said, “I know, my wife runs the B&B there.” Good thing I was not talking and telling him it was a waste of time. 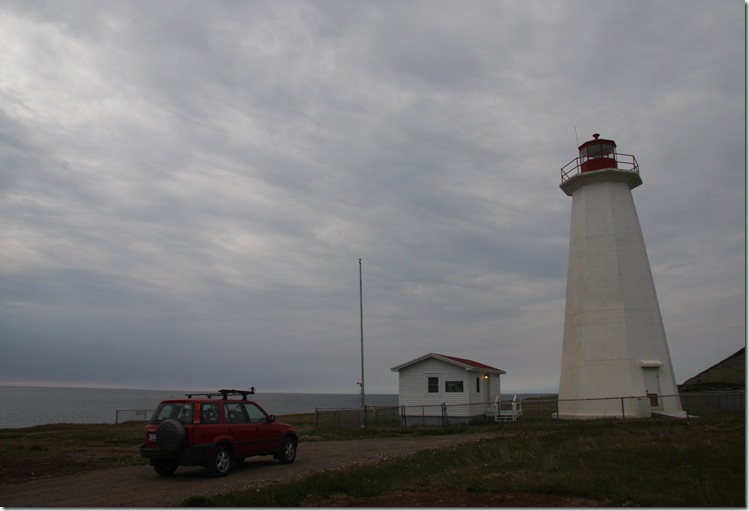 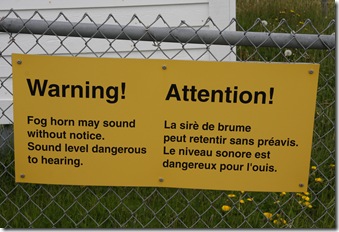 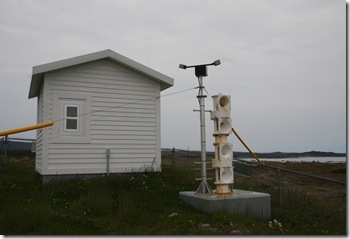 It was around 5:00 pm and I had had enough sightseeing for the day. We drove back to the campsite and I made dinner; burgers and a spinach salad. We have not decided what to do tomorrow, whether to move on or stay here. The weather is not so nice and I do not want to be without heat on a rainy cold day.