It was kind of a dreary day but no rain so we did some of the recommended hikes in the park.

The first was call The Bog Trail. It was a giant peat bog with this great observation tower at the beginning of the trail 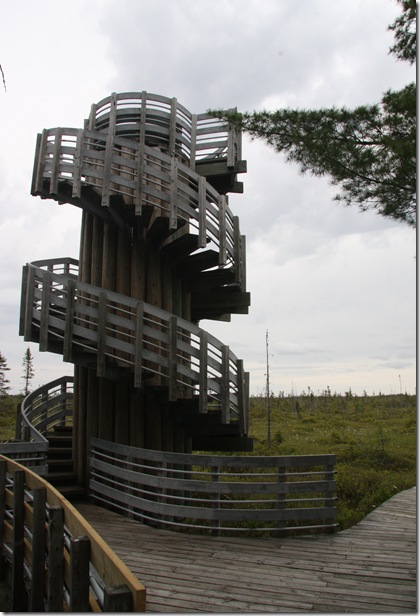 It went off to the horizon. 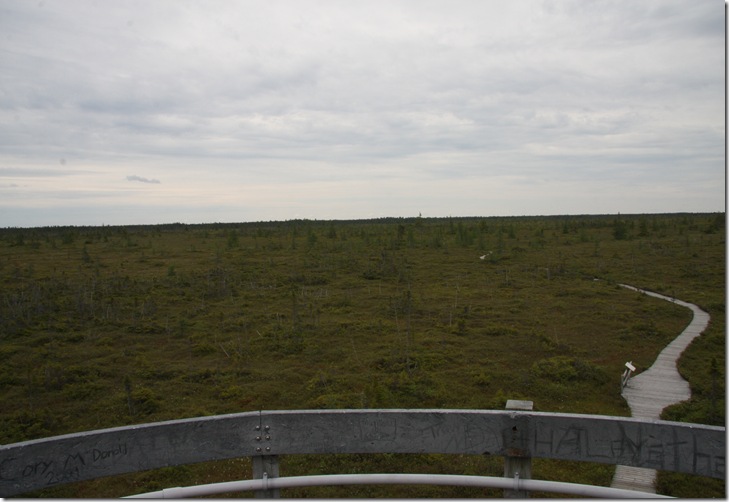 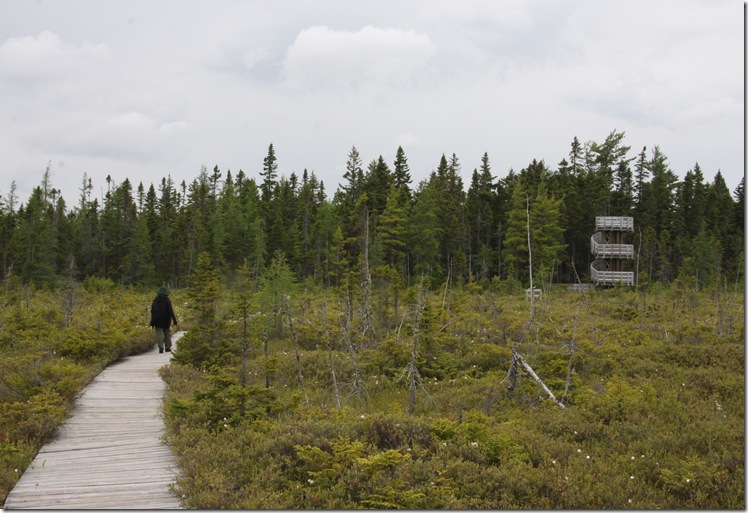 There were lots of interesting plants 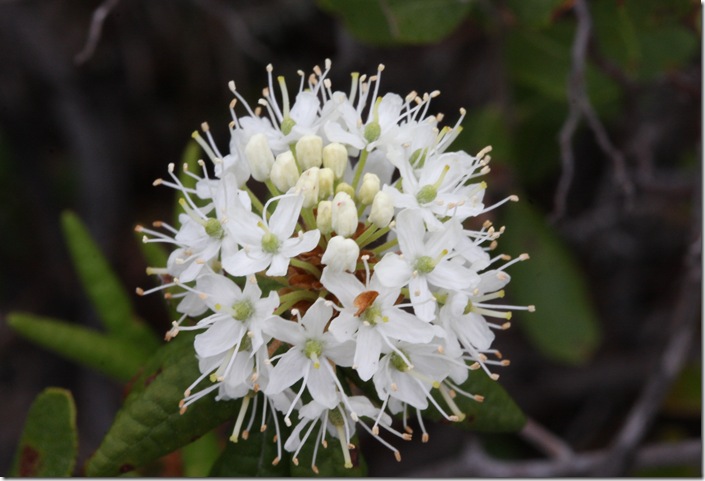 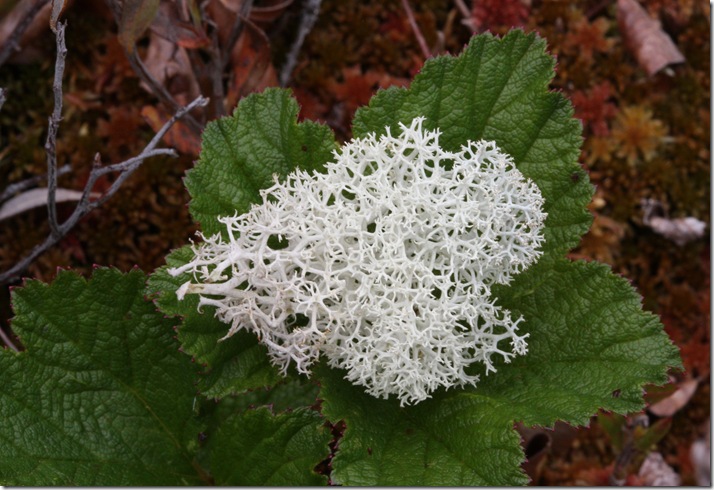 Since we were hiking in the mosquitoes habitat, we were swarmed at every turn. I was walking behind Stuart in full out netting gear watching a cloud surrounding him as he walked along the path. I had thought that the mosquito clothing would protect me but I discovered that as long as there was space between my skin and the mesh fabric, I was fine. I watched as two landed on my hand and bit me through the mesh. I did not understand that they could poke their proboscis through the fine mesh and reach my skin underneath. 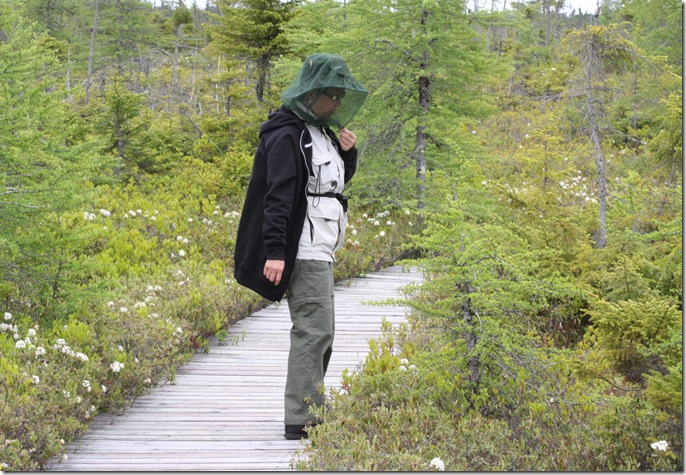 Next was the Salt Marsh trail. Still lots of bugs and we could see the coming rain off in the distance. 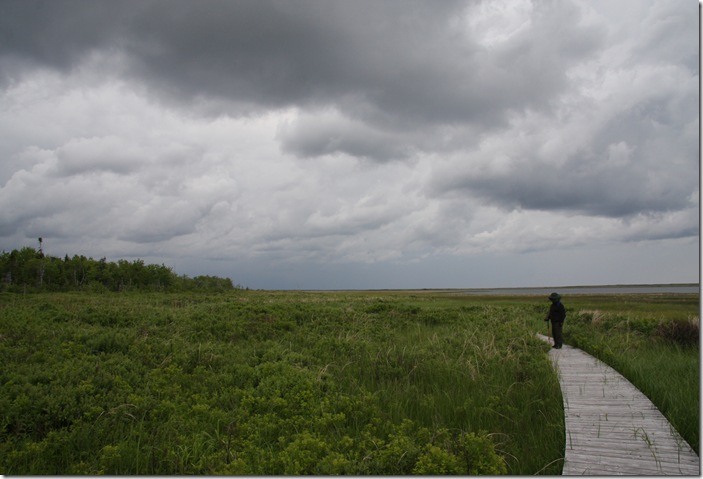 Finally was the Mi’kMac trail. The rain really started coming down but since we were prepared we did it anyway. It had a bunch of station with AV displays on the Mi’kmac culture. 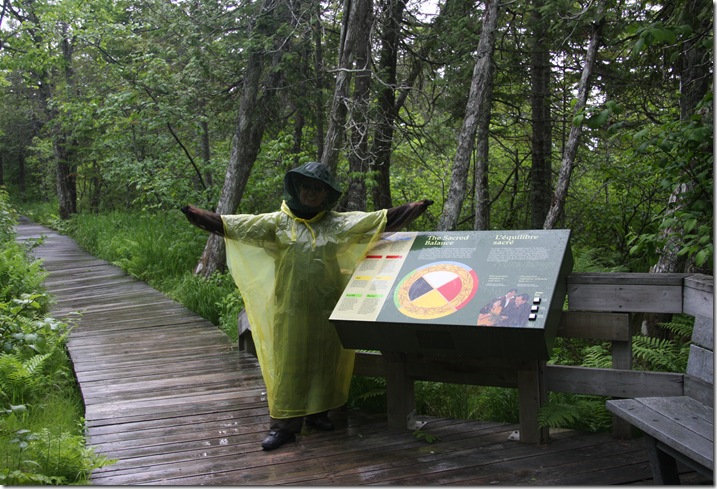 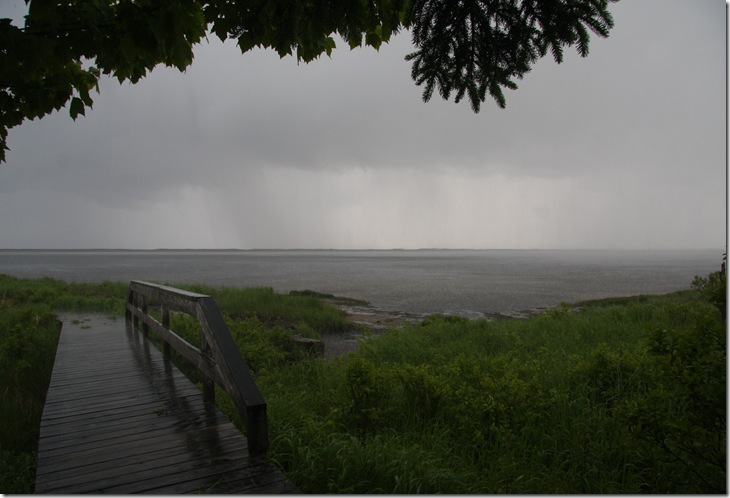 After dinner Stuart went back to the boardwalk to get some pictures in the twilight. 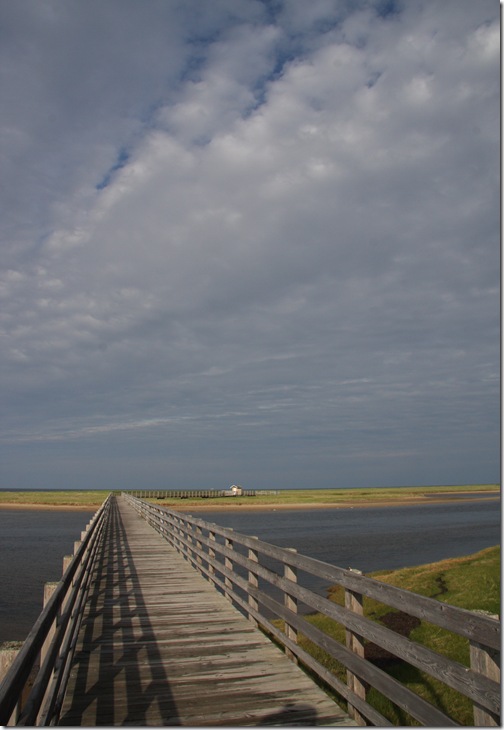 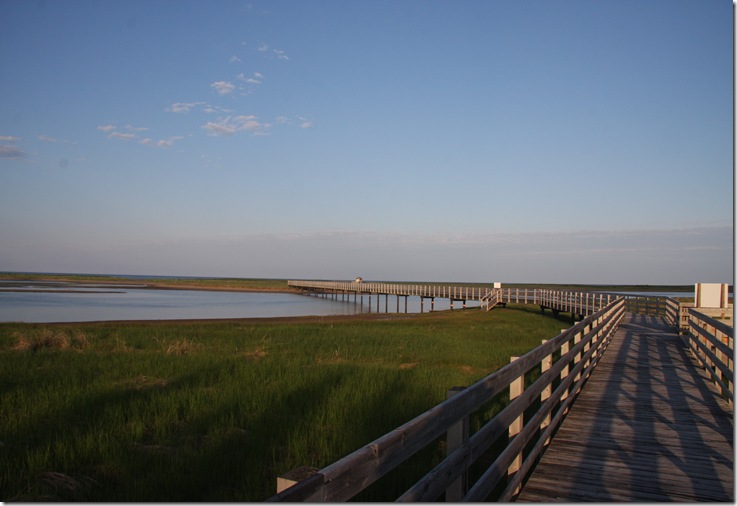 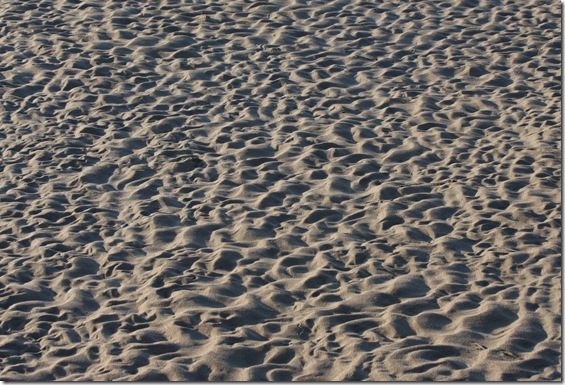 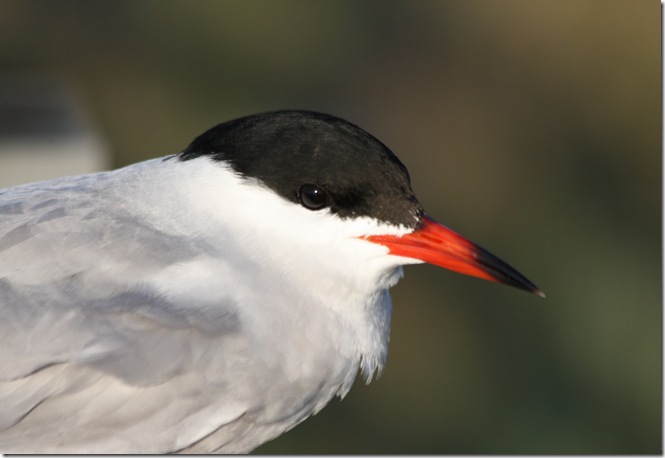 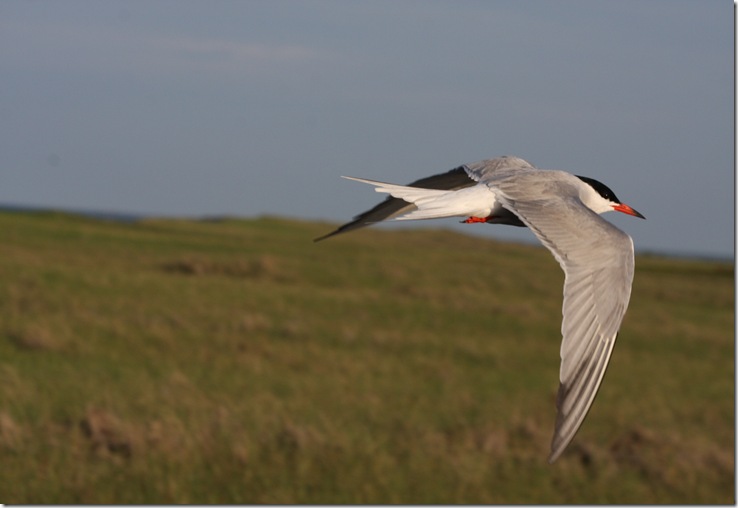