We did this trip in two parts as it is too far for Stuart to drive the Rv in one shot. Last night we spent the night at the very basic Elm River Campgrounds in Glenhome.

Ever since Montreal, Stuart has been hearing a ticking sound out the drivers side window when we are moving. It seems to be coming from the front wheel. It also only seems to happen with weight on it because we jacked it up with the leveling jacks and there was no sound. Today we finally found a Ford dealer in Truro that would look at it. The service guy could figure out what it was for sure but guessed it was the hub cap flexing. He sprayed some lubricant on it and it seemed to help. We’ll see. At least he was pretty sure it was nothing serious.

After that we hit the highway for Cape Breton. It was all 4 lane highway driving but it was very windy today, which made for quite a stressful drive. 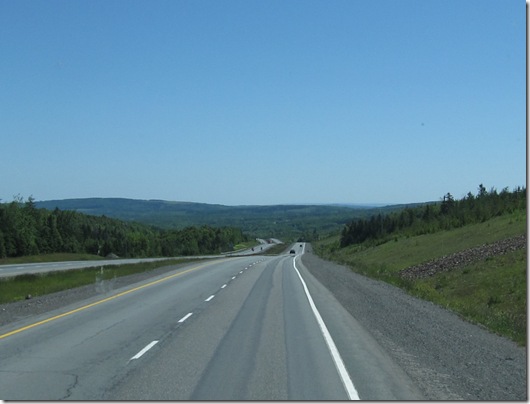 We arrived at the North Sydney KOA and set up. This is a tiered campground on the side of a hill so everyone gets a nice view of the bridge over the bay. 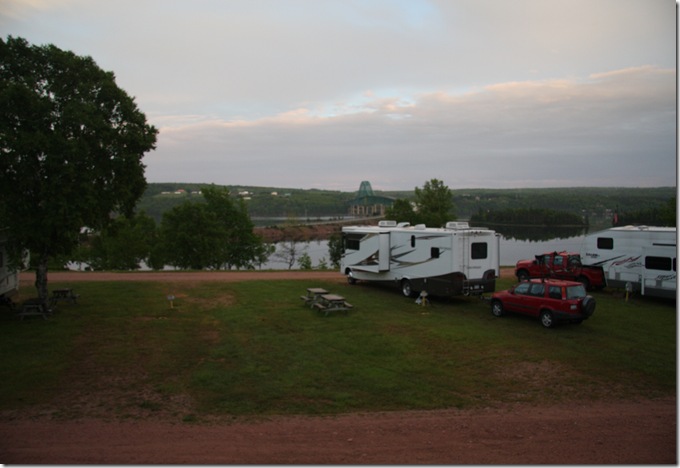 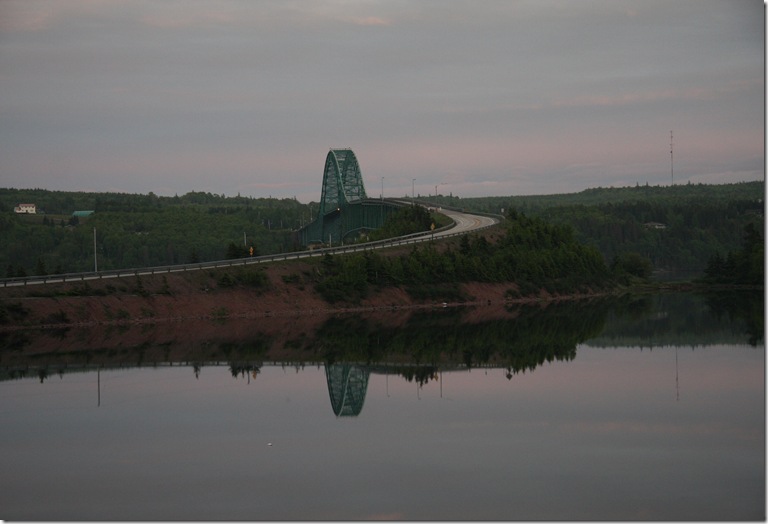 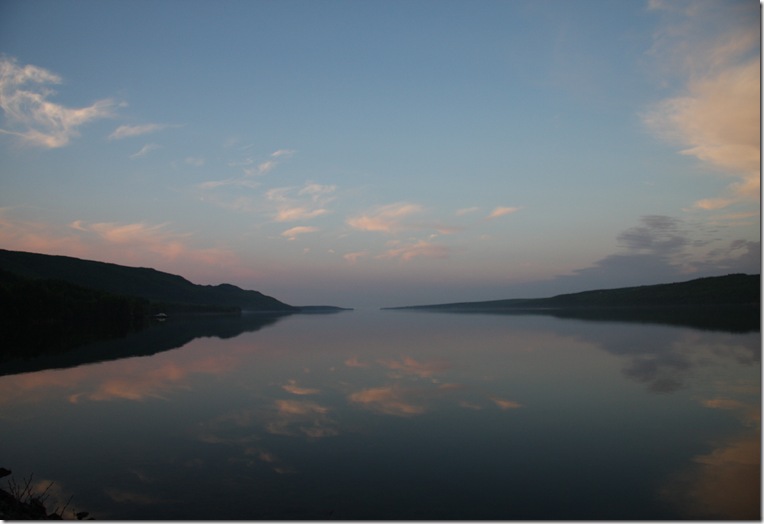 After a bit of a nap, we drove into Baddeck to look around but we were hungry and even if it was early, we went to dinner at Baddeck Lobster Dinner. We had the “all you can eat” lobster meal that is in the style of the church fundraiser. We started off with the bucket of mussels. Despite my concern about pacing myself to finish the whole meal, I ate the whole bucket of mussels. The seafood chowder was good and I dipped a little of the biscuits in for a taste. Our server was pleasant and she paces the meal, asking when you are ready for the next course. Stuart had a second bucket, as he was really hungry. I ordered another basket of biscuits to take home. 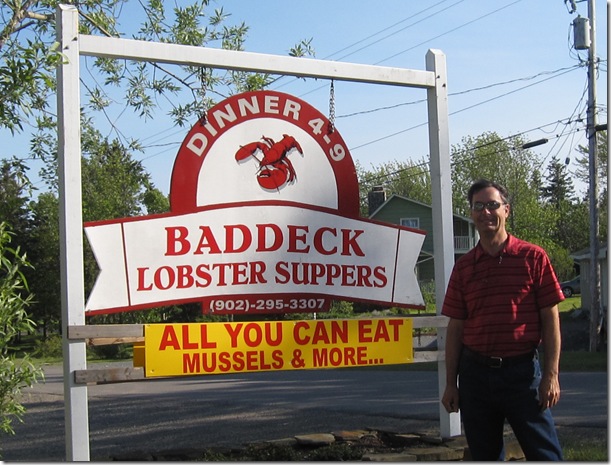 The lobster was about a 1.5 lb size and we polished those suckers off quickly. A plate with a scoop of potato salad, coleslaw, a slice of cucumber, lettuce and tomato was served at the same time. For dessert, we had a choice of apple, lemon meringue or blueberry pie, apple or rhubarb crisp, chocolate or carrot cake with ice cream. I wanted the rhubarb crisp and Stuart ordered carrot cake. When we had finished, she asked if we want more and I was curious about tasting the lemon meringue, so we over indulged ourselves and share another dessert.

The view from the restaurant. 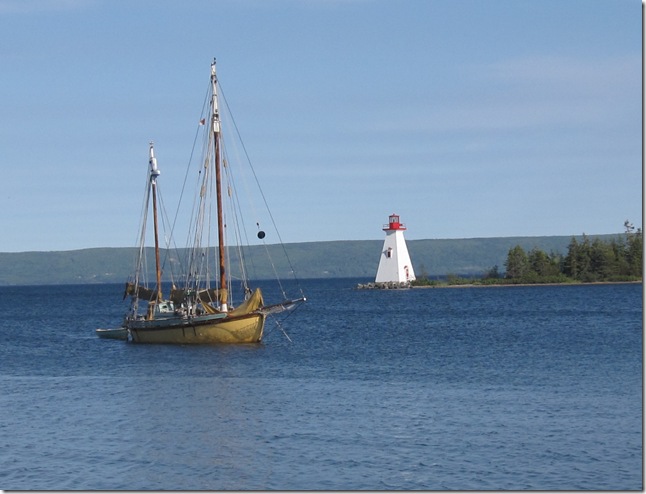 As we don’t have to catch the ferry until the 18th we are going stay here 2 nights and to drive the Cabot Trail tomorrow.