Today is devoted to Port au Port Peninsula on the west shore, on the north side of St. George’s Bay. It is a four hour drive if you do not stop for the breathtaking views or any other necessities like snapping pictures or acquiring treasures. The forecast was for 60% probability of rain which for us; did not affect our excursion as it would rain in and around us until late. Our motto is rain or shine, life has to be lived. We did our best to be prepared for the rain however the unexpected does happen.

First we drove up and parked the RV at Barachois Pond Provincial Park. It was a snug fit. 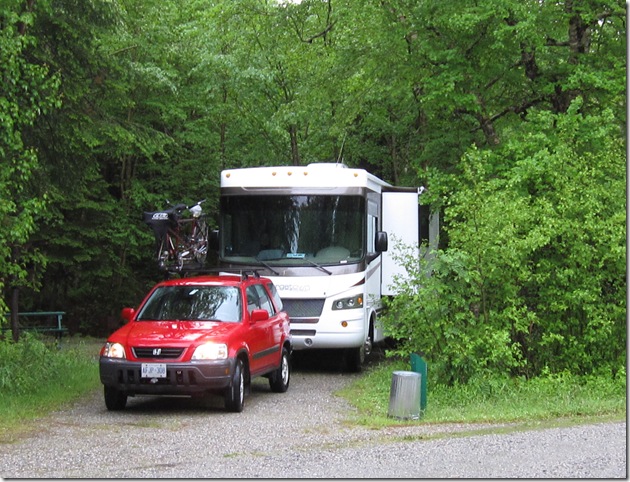 From Barachois Pond we took the 490 heading north westerly towards Stephenville, taking the route that bypassed the town center and heading towards Kippens. The drive is full of climbs and descents; peaks and valleys and lush with greenery and not much large colourful punctuations. 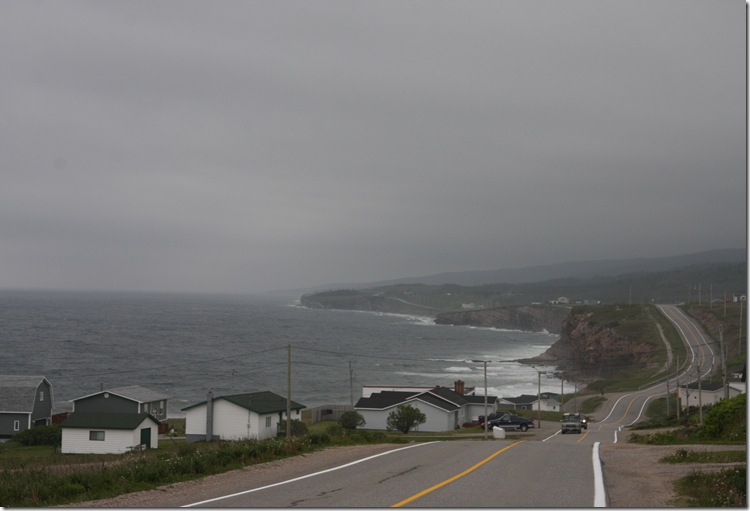 We stopped at Sheaves Cove were the rounded rocks on the beach made the strangest crackling sound each time the waves crashed in. 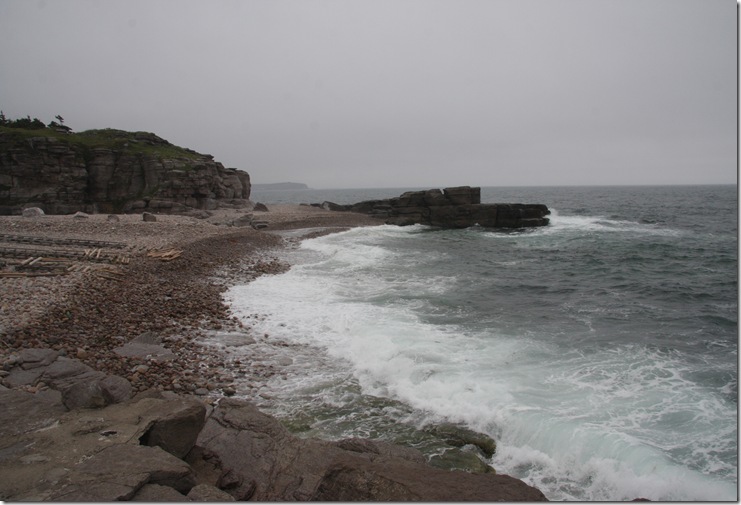 We watched the waves and spray on the headlands surrounding the cove. 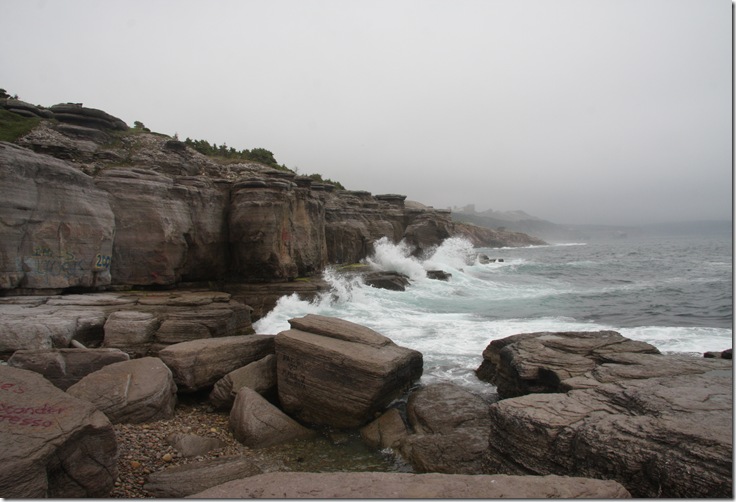 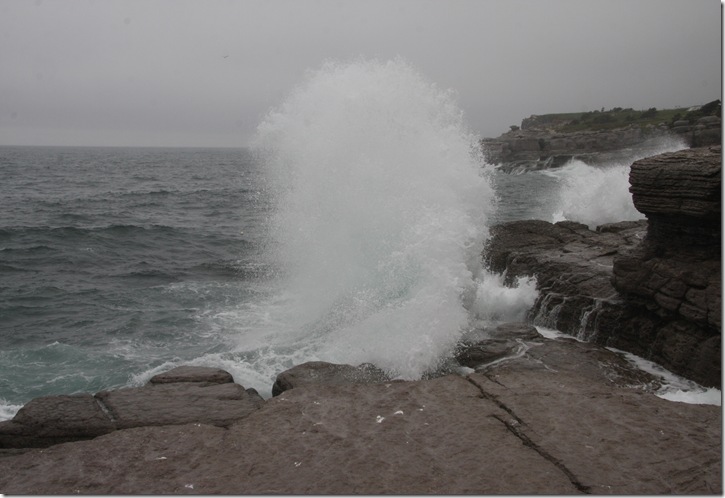 Just behind the cove was nice little “Hidden Falls”. 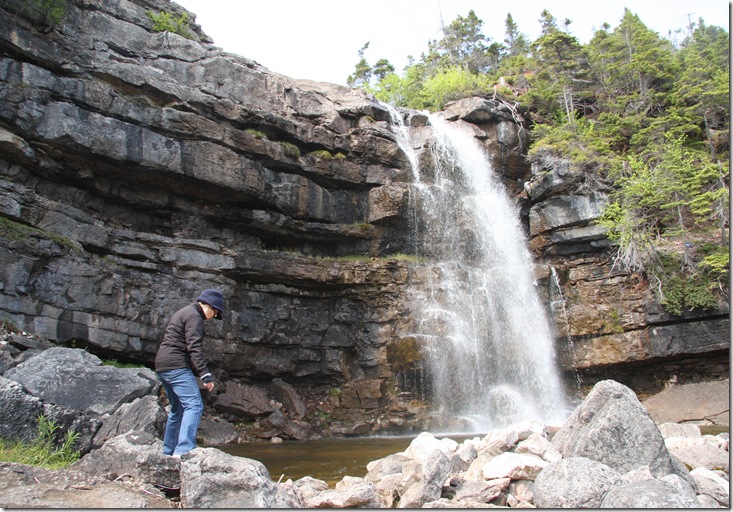 When we drove out to Cape St. George we parked in the lot and thought this is OK but not great. 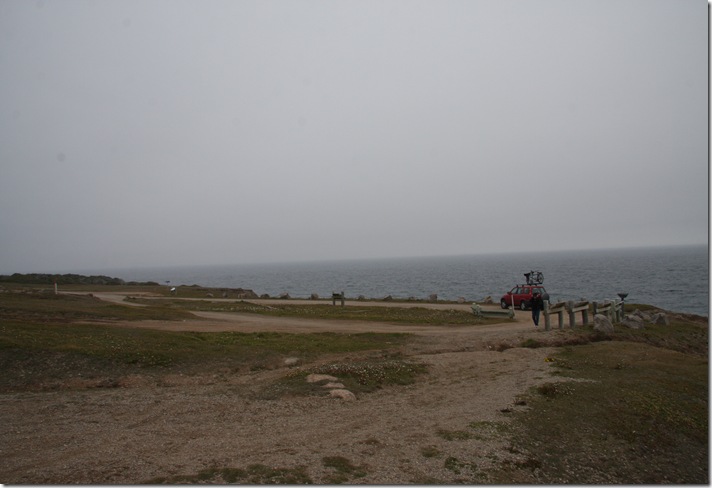 I noticed there was a small hill behind me in the picture above so I walk to the top to see if I could see round the other side of the cape. Wow! 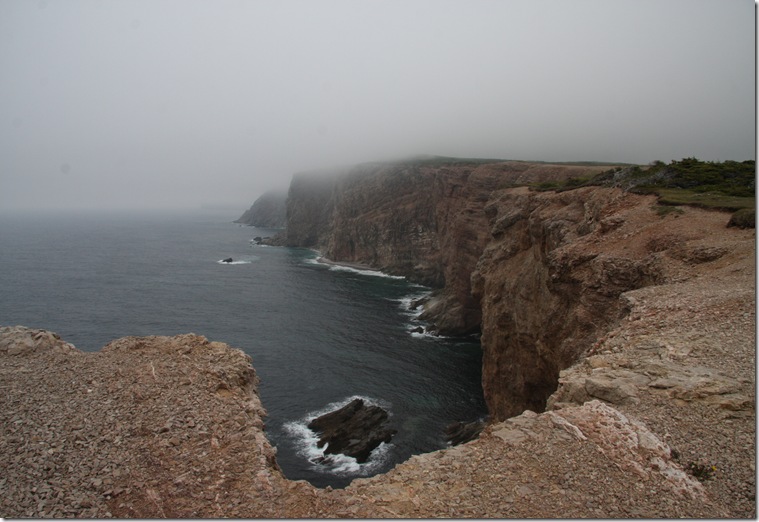 Walking up to the edge was quite scary as it was a LONG way down. We saw a rough dirt road that seemed to up the coast so off we went in the CRV. Here is the view back down to where we were on the cape. 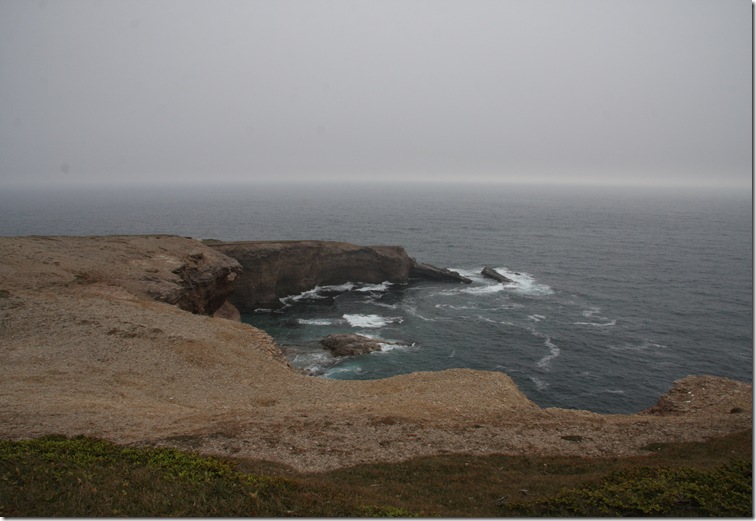 This is the view once we went back down of the other side of the cape. We walked a short trail along the headlands, 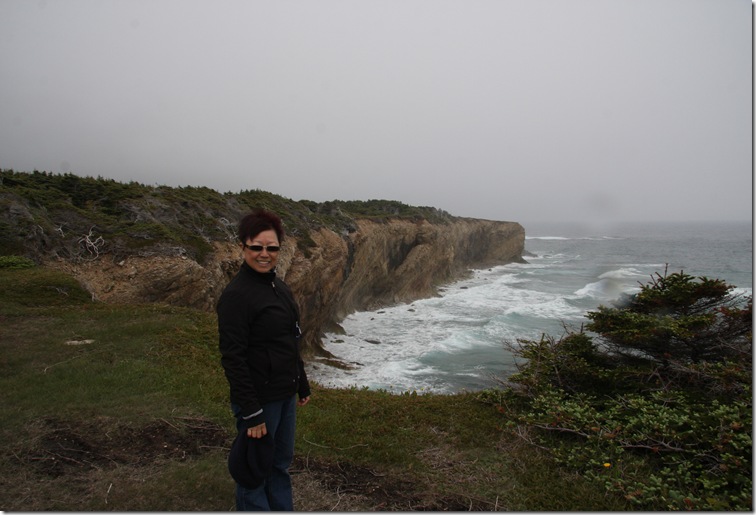 Driving back to the RV we passed some interesting lawn decorations. 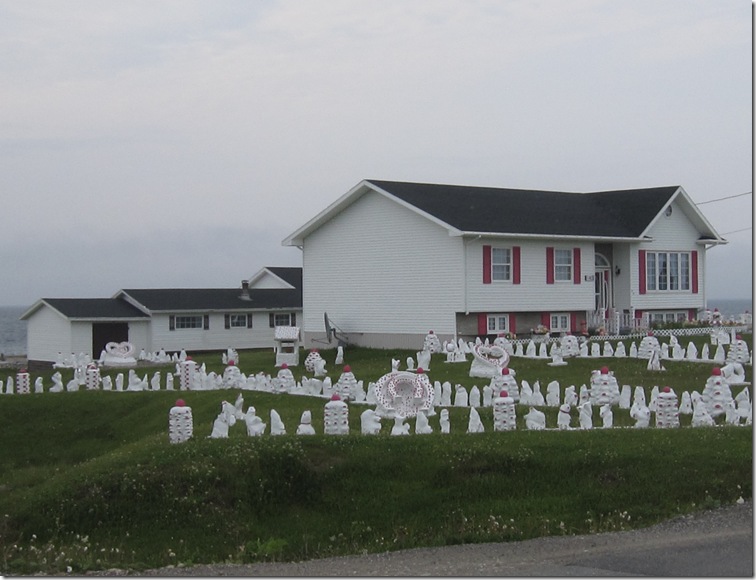