Today the fog was so thick, it was difficult to see very far and dangerous to go hiking so we stayed in town, to watch the Canada Day celebrations in the morning in St. Anthony. There was a bicycle parade so we cheered the young cyclists on as they rode down the street to the contest judging in the hockey arena. We thought about riding our tandem but there was no category for our age group. 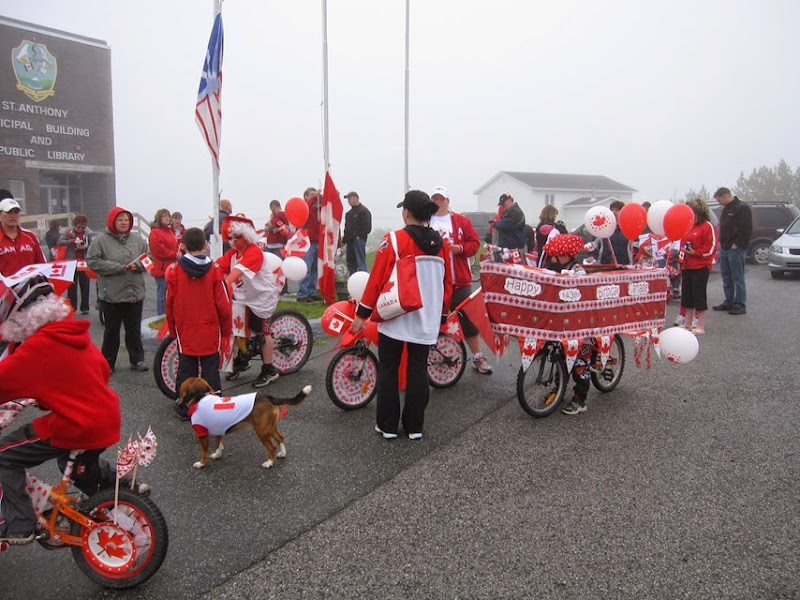 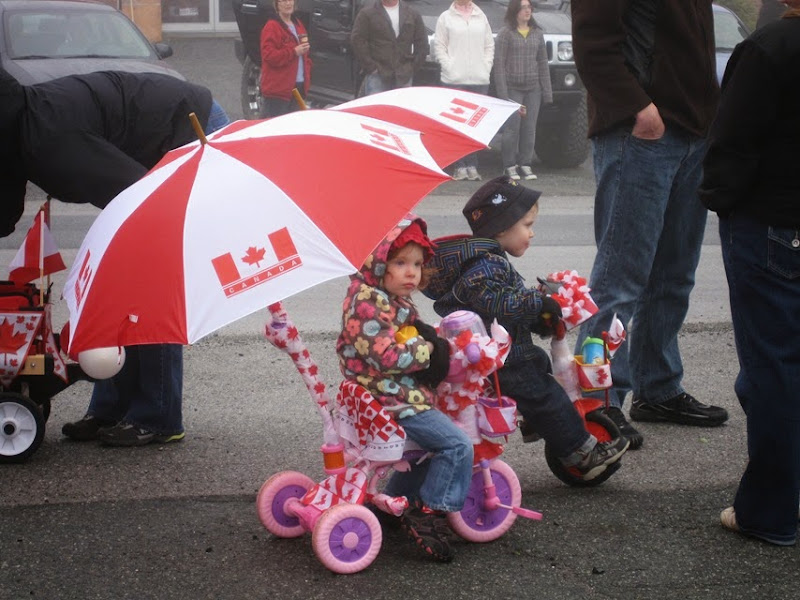 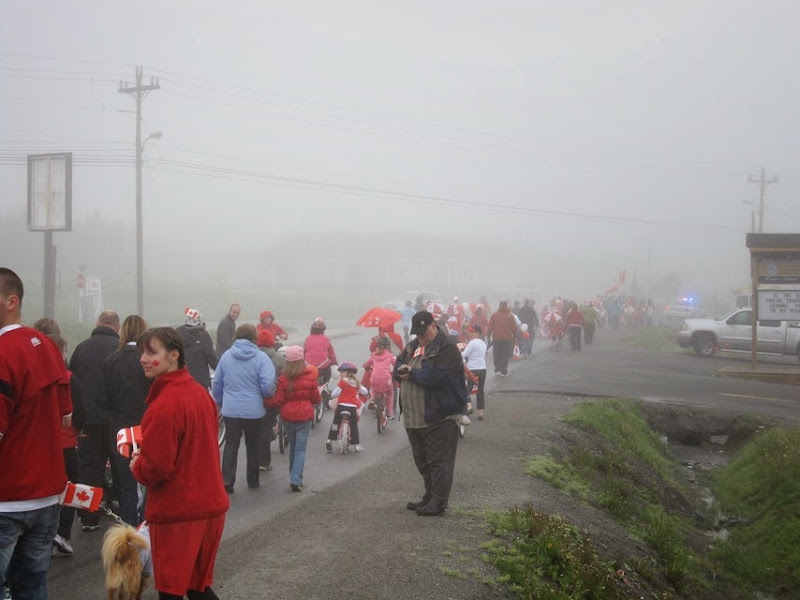 In the arena they were going serve hamburgers and hot dogs but we did not hang around. 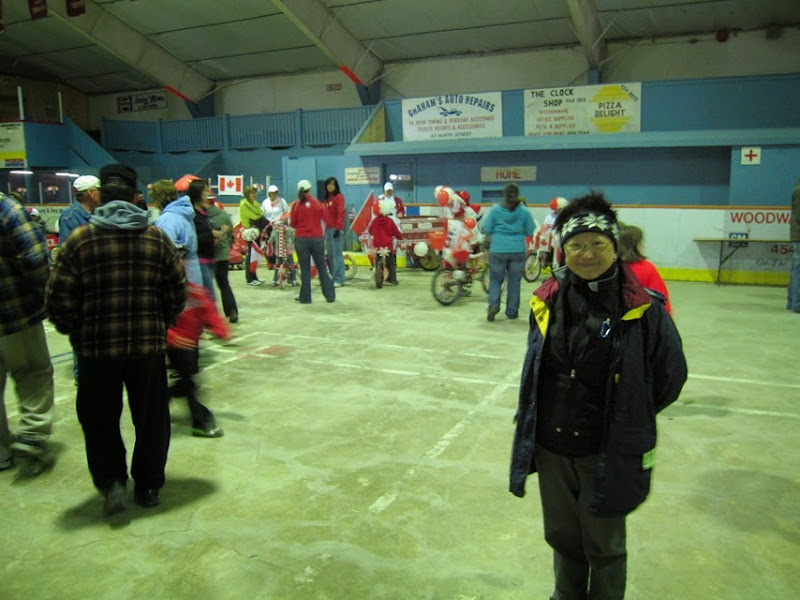 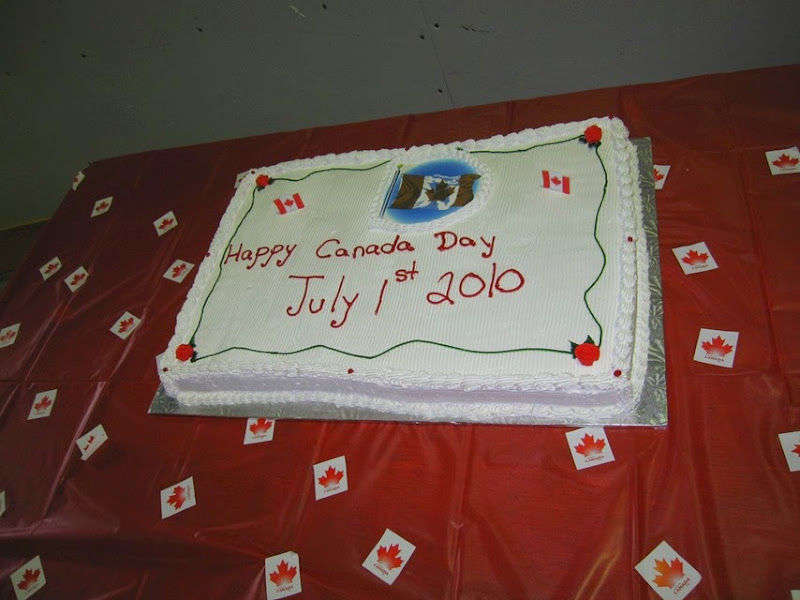 We drove to Fishing Point by the lighthouse to see if we could spot a whale or two; alas they were too far away in the distance and barely visible. The weather was chilly so we nipped into the Lighthouse Keeper’s Cafe for Cod au Gratin ($8) and (you guessed it) Seafood chowder ($10), very good but not as large as in the Anchor Cafe which was a meal in itself. There are suppose to be more icebergs in the area (Bight Loop Trail – iceberg graveyard) but I guess they are melting fast. 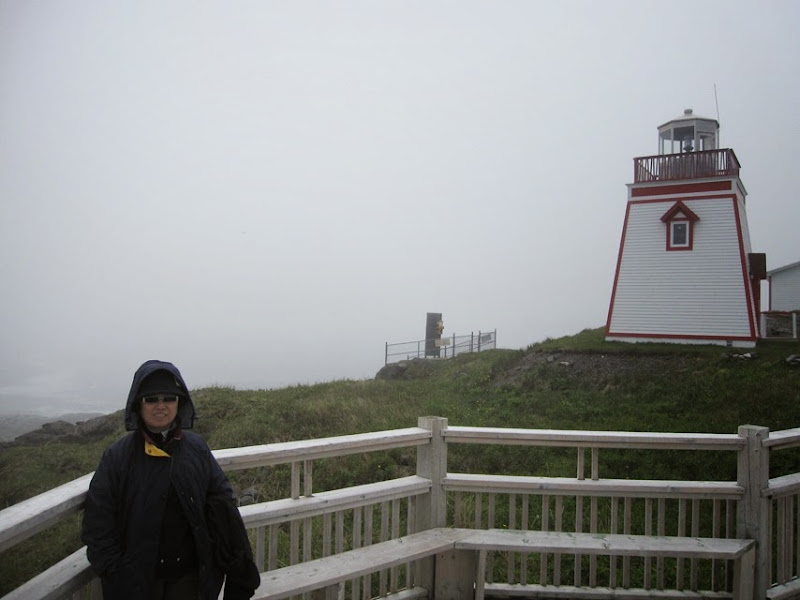 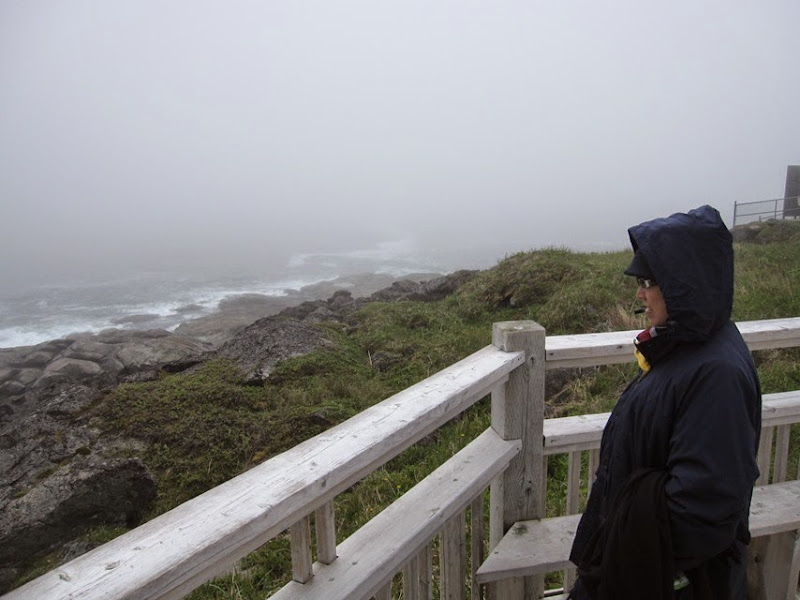 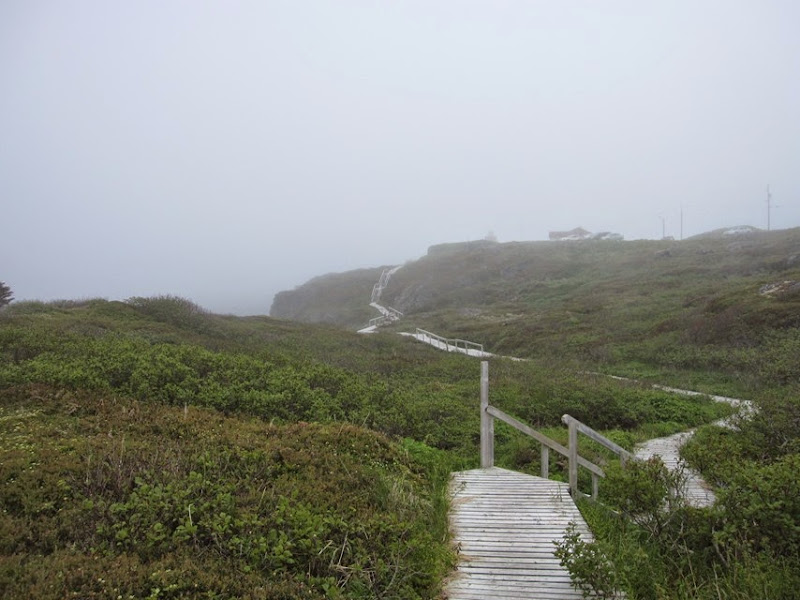 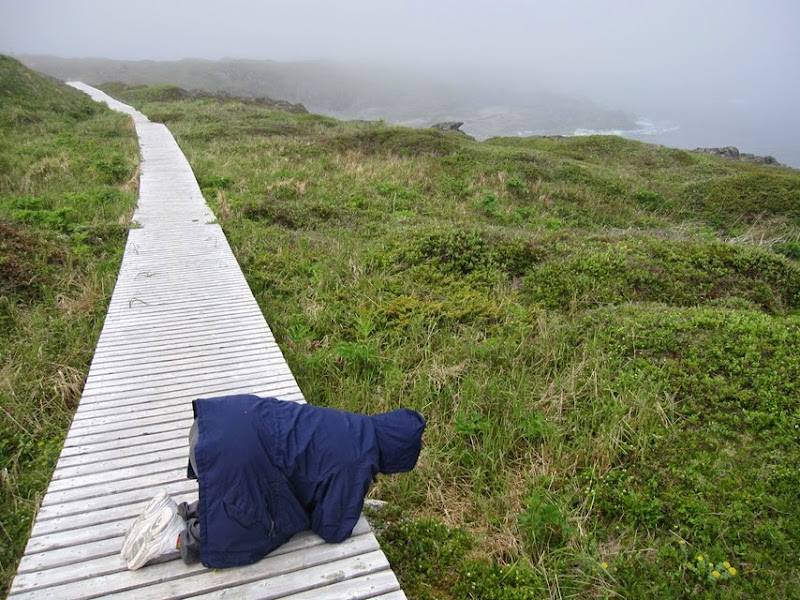 The fog slowly lifted and the temperatures rose and now it is decent. We drove to the village of Goose Cove to hike Pulmey Cove (2 kms) and find a humpback playing in the waves but not today; only one seal and it scurried away quickly. 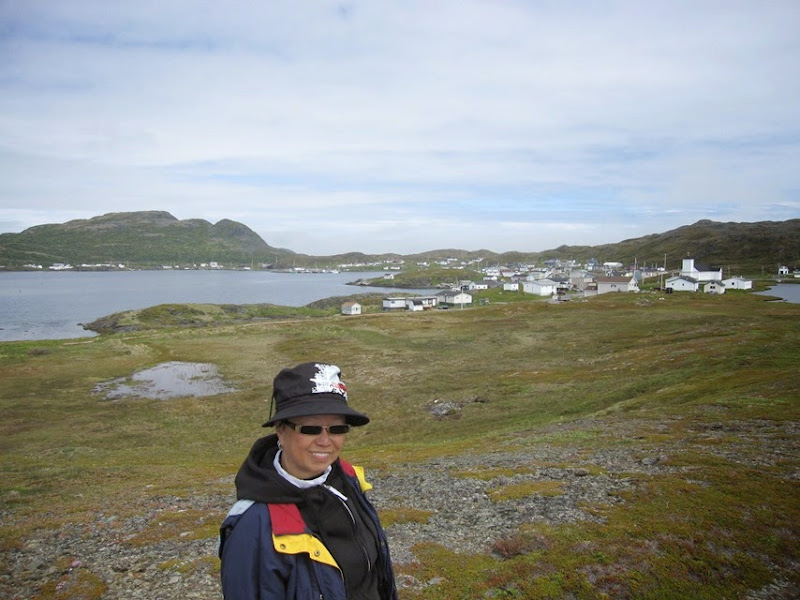 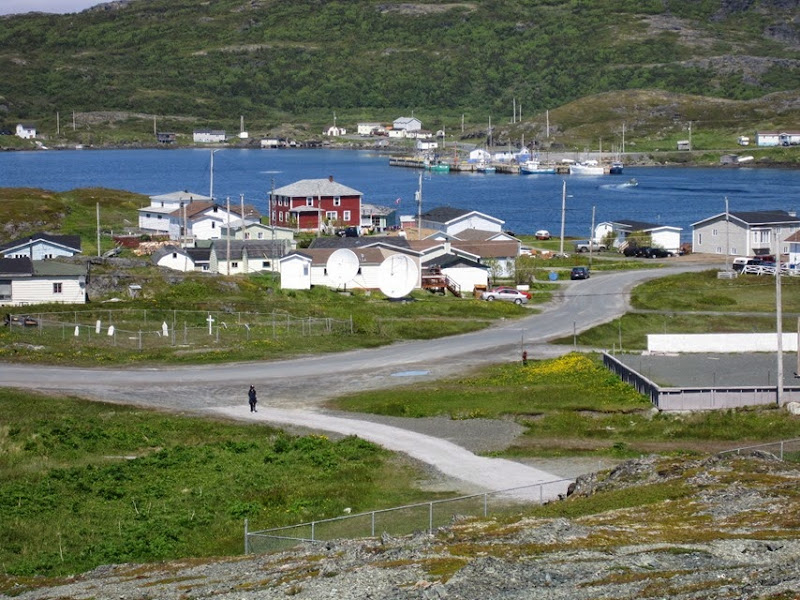 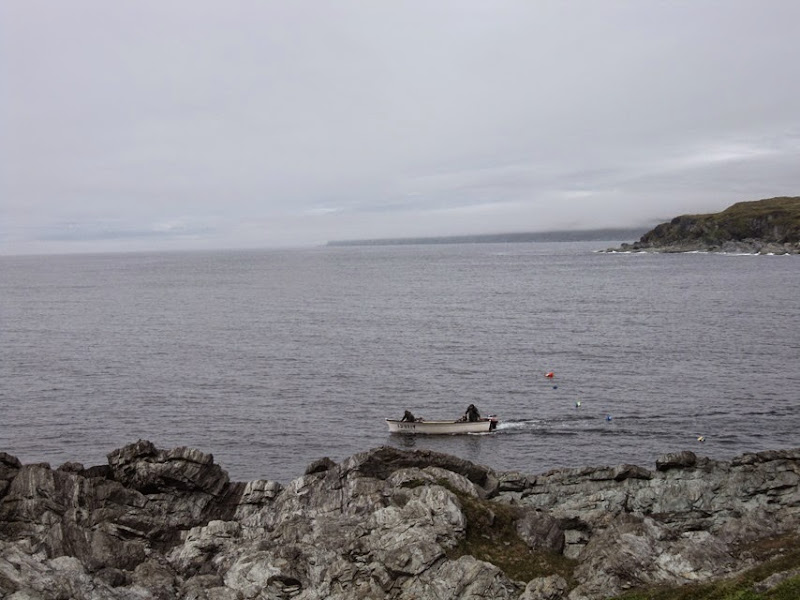 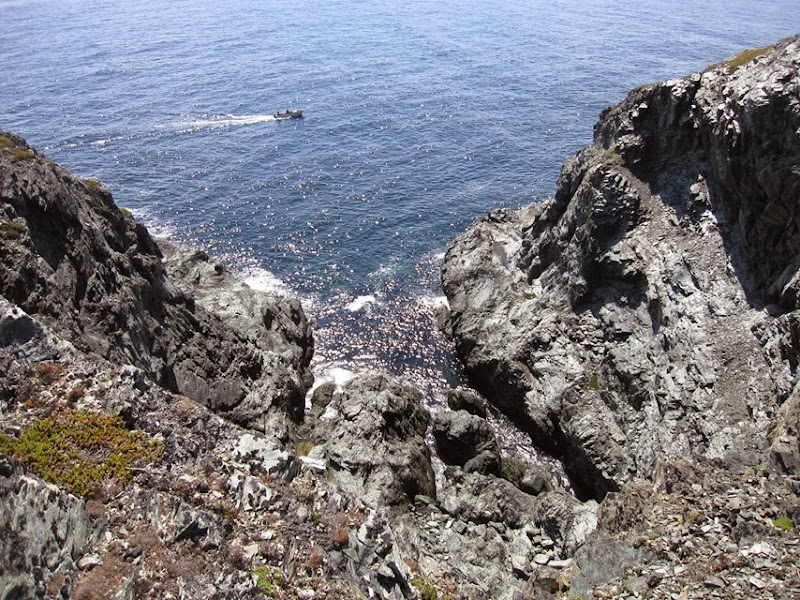 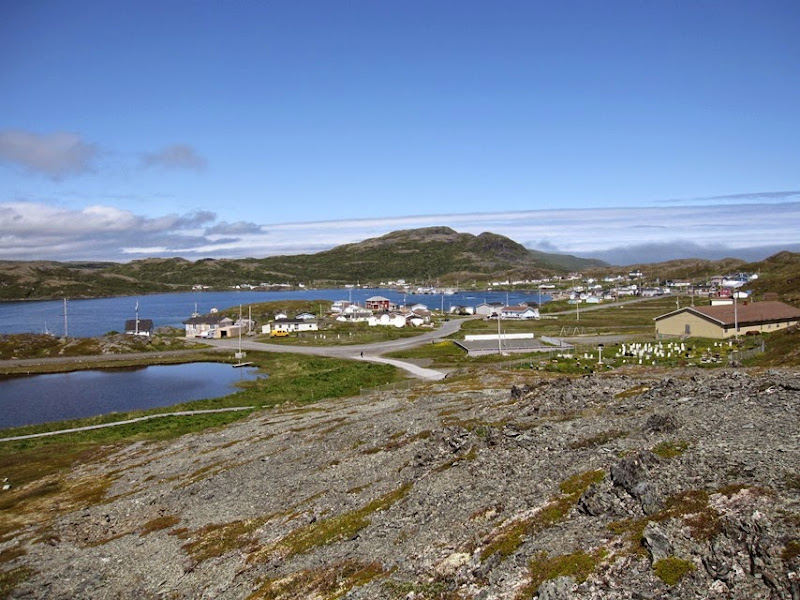