The forecast is not promising with rain later in the day but we only have a limited number of days left to complete the trip so we are going to hike regardless. The first one on the agenda is Rattling Brook Falls in the town by the same name.  It is a 1 km steep, vertical stairway to get to platforms to view the spectacular 800 ft waterfall.

The view from partway in, before we started climbing. 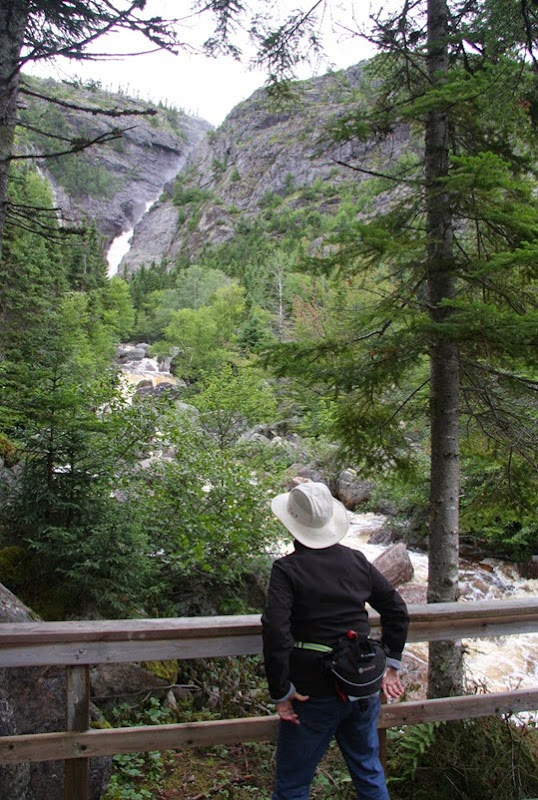 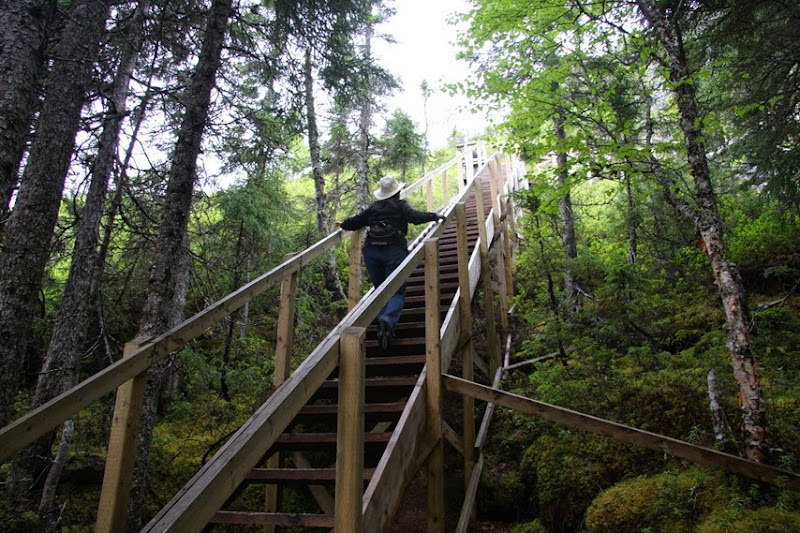 We are constantly amazed at the quality of the trails in Newfoundland. Even the smallest towns have trails with high quality boardwalks and stairs. 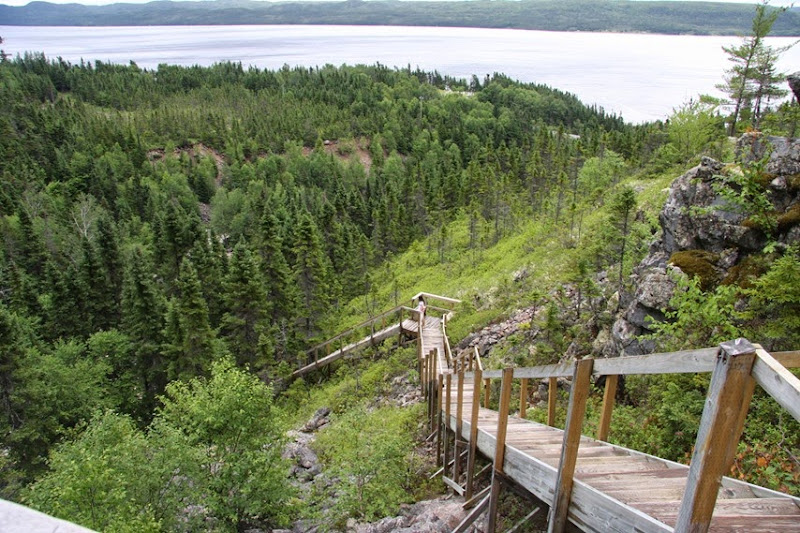 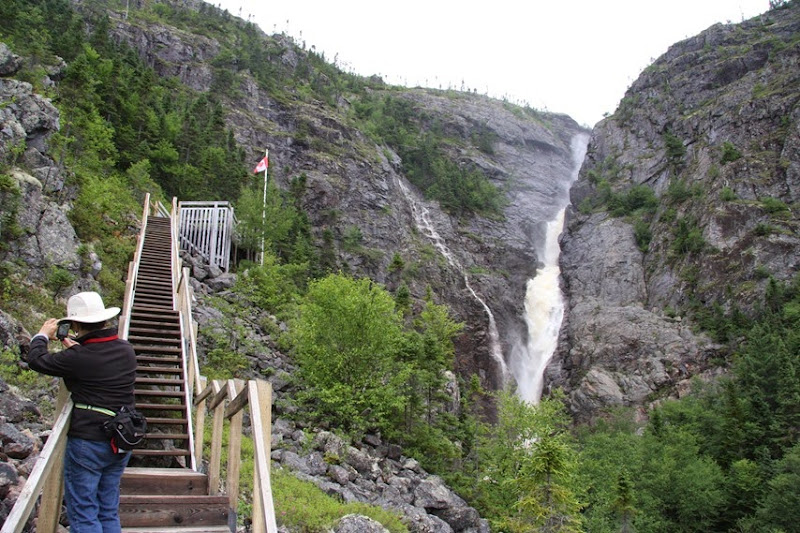 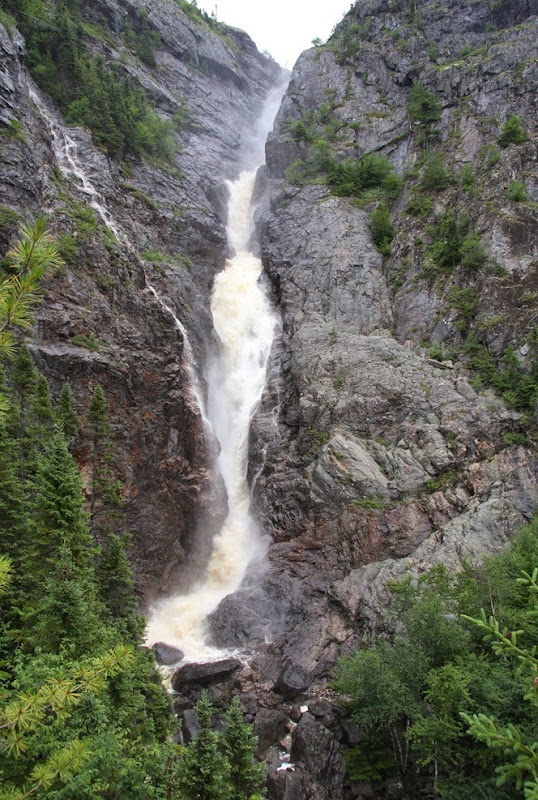 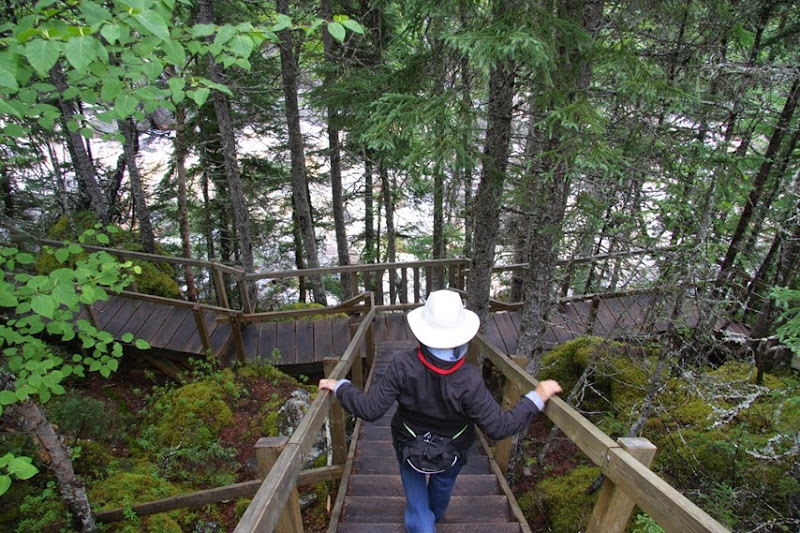 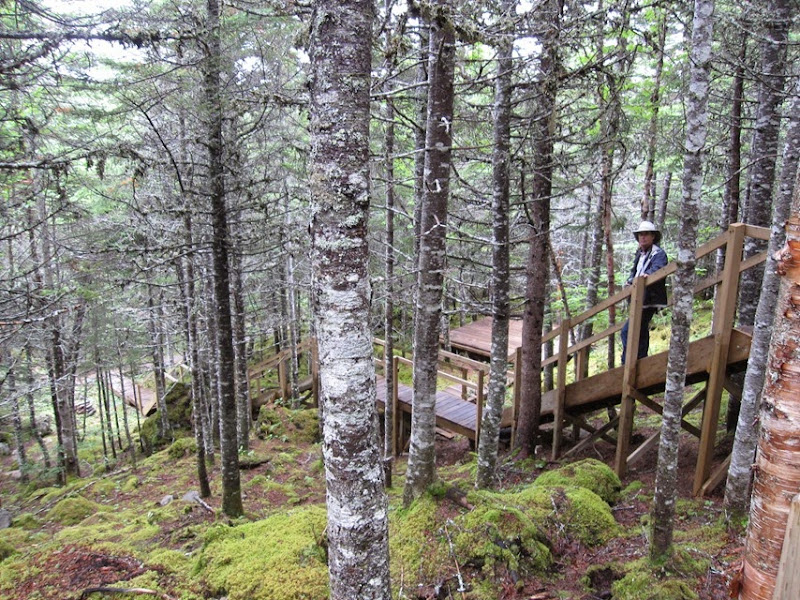 A guy we met on the trail said there were some good hikes in Brighton. Since we had not fixed plans today off we went, even through it was a about an hours drive.

We first passed through Robert’s Arm with its dragon and marina. 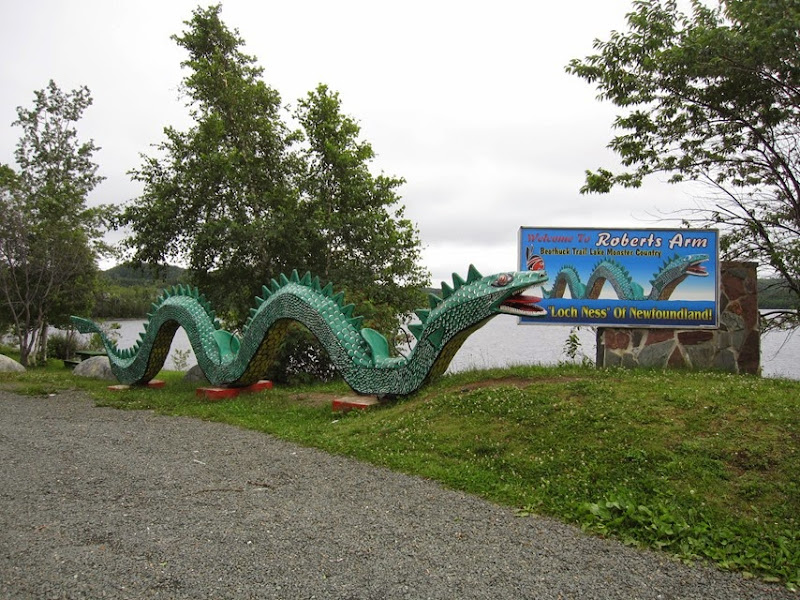 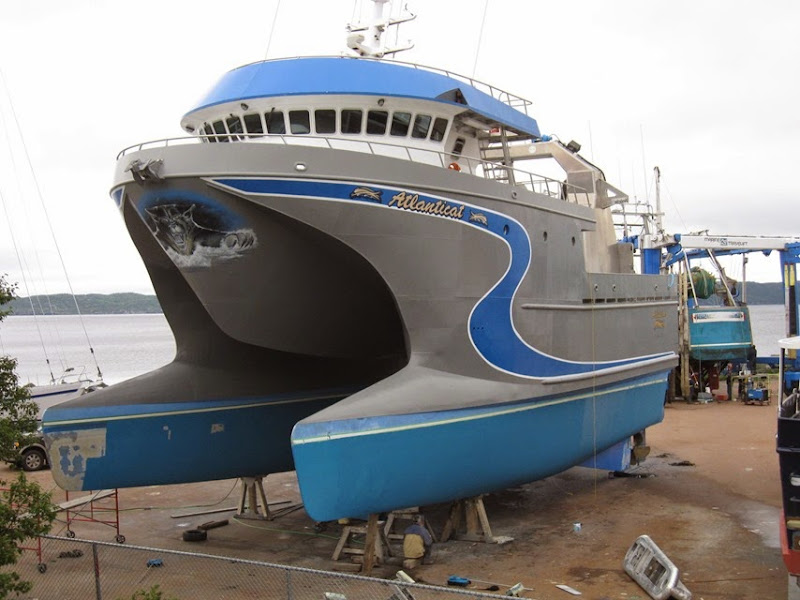 We hiked Cobblers Trail (2 kms) which was the best maintained of all the paths we have visited. First there was a message board at the start showing you where the path went and the sights at each lookout (painted scenes on boards at each junction). Then as you traverse the paths, there a is boardwalk where it is wet (how civilized!), stairs instead of rocky, slippery tree roots and steep pitches, and the signage was painted with scenes of the lookouts. There was no doubt where the path went and one could not get lost on this loop (Wow, it is not one way only) that was easier at the end when you were tired. Oh yes, the town maintains this without begging for money through admission fee or donation box. 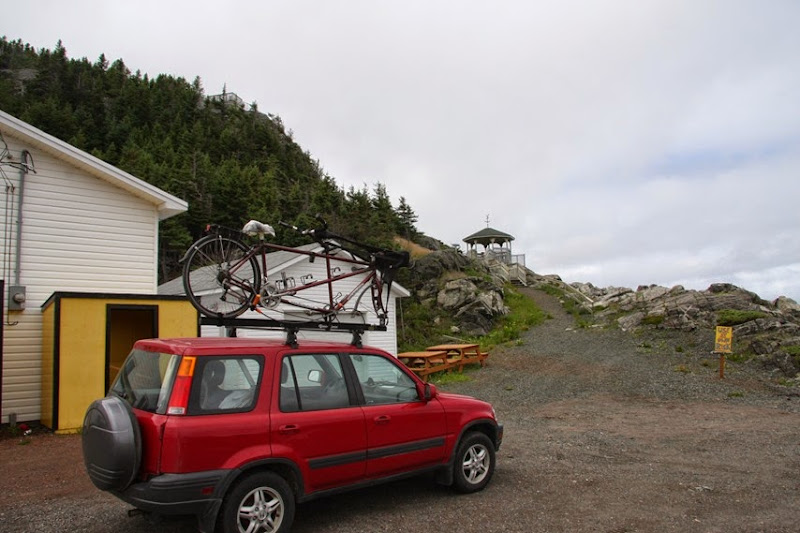 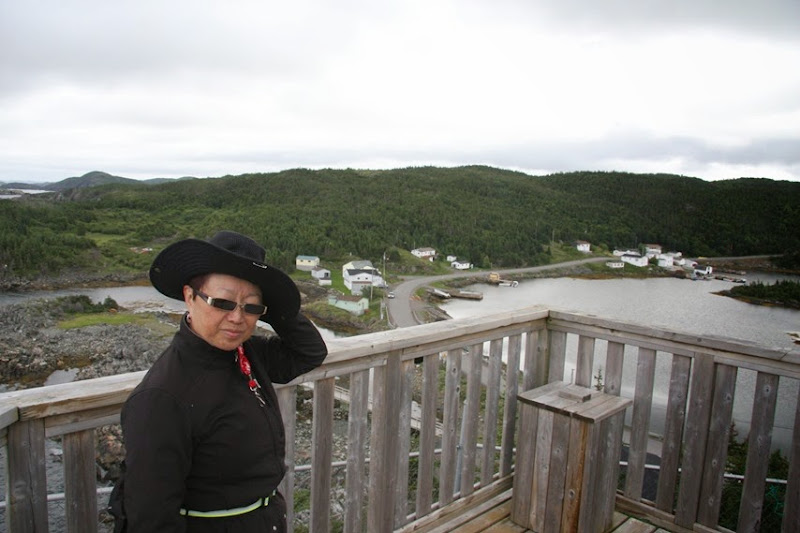 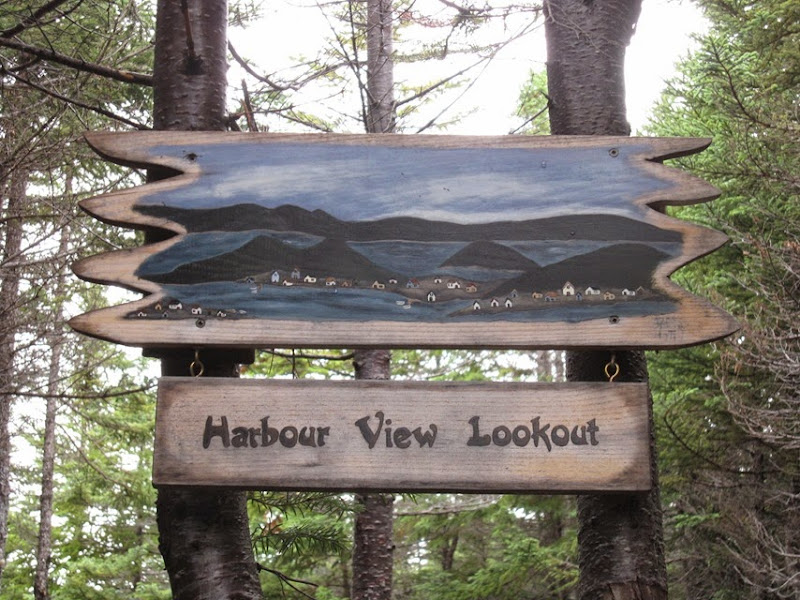 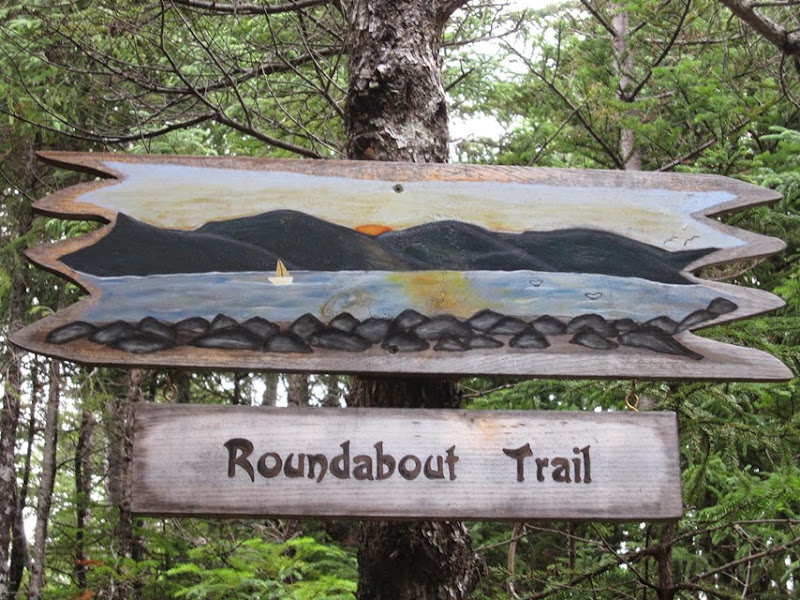 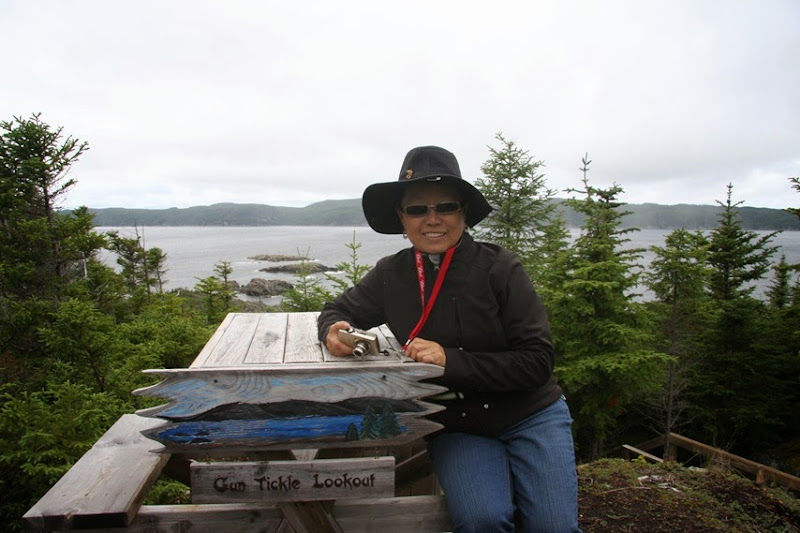 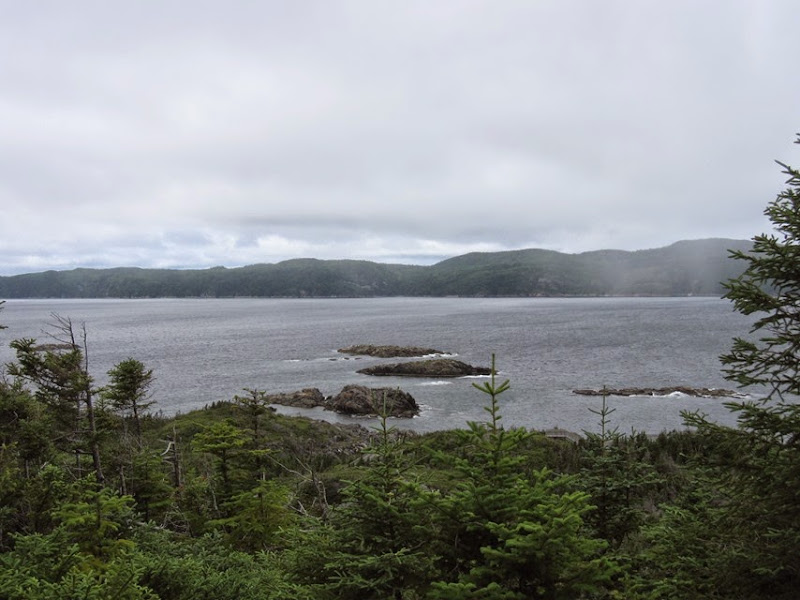 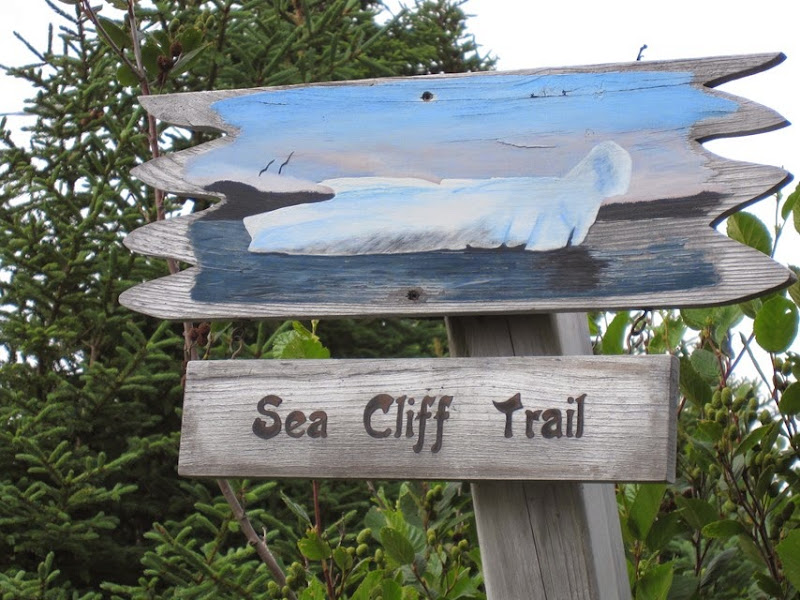 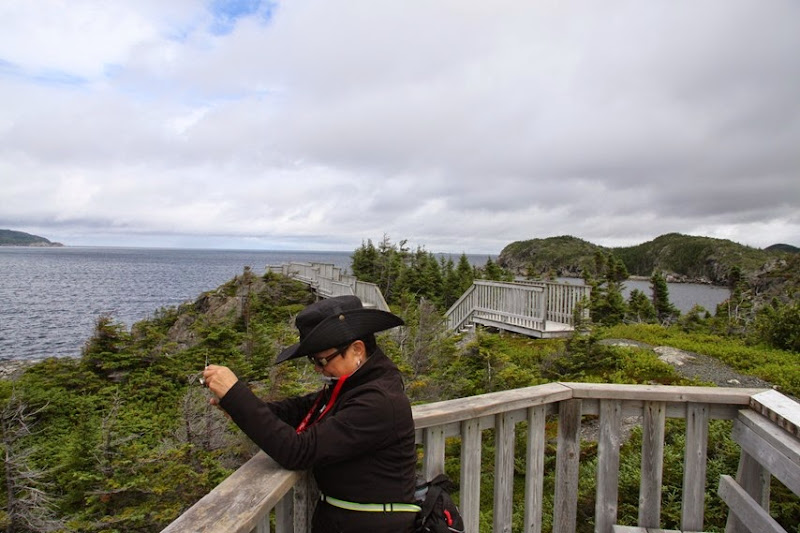 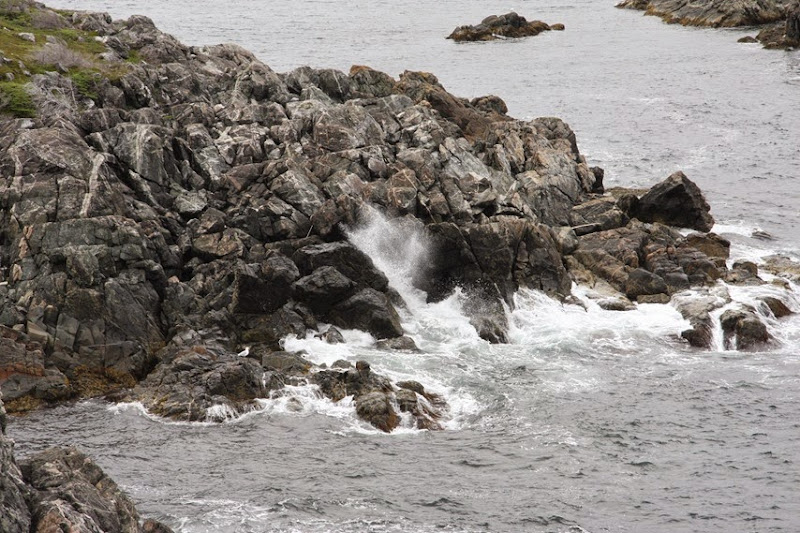 Looking back at the hill we had gone over. 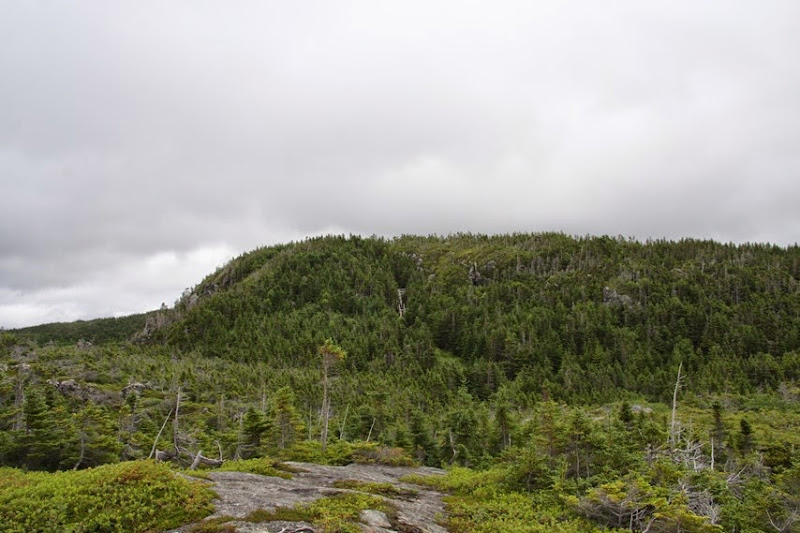 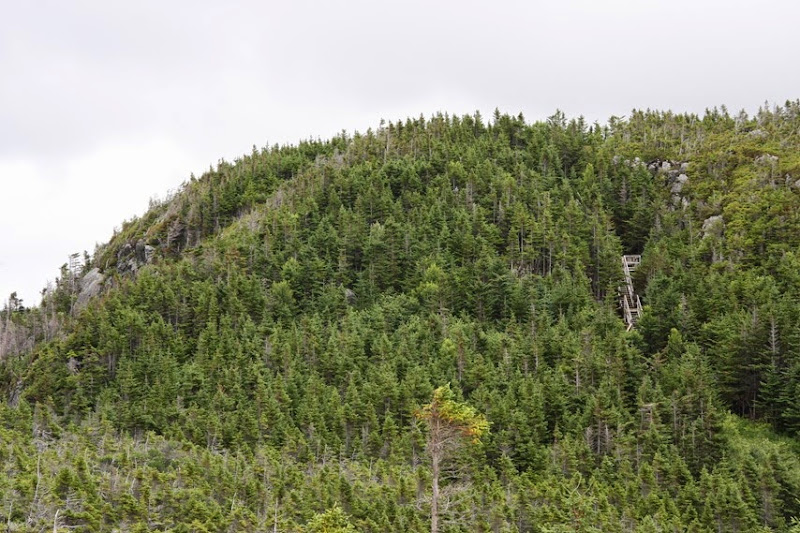 Heading back we stooped in Triton and hiked part of the Maple Ridge Trail. We couldn’t believe this one. It was 7 kilometers of boardwalk like this. That’s a LOT of money. 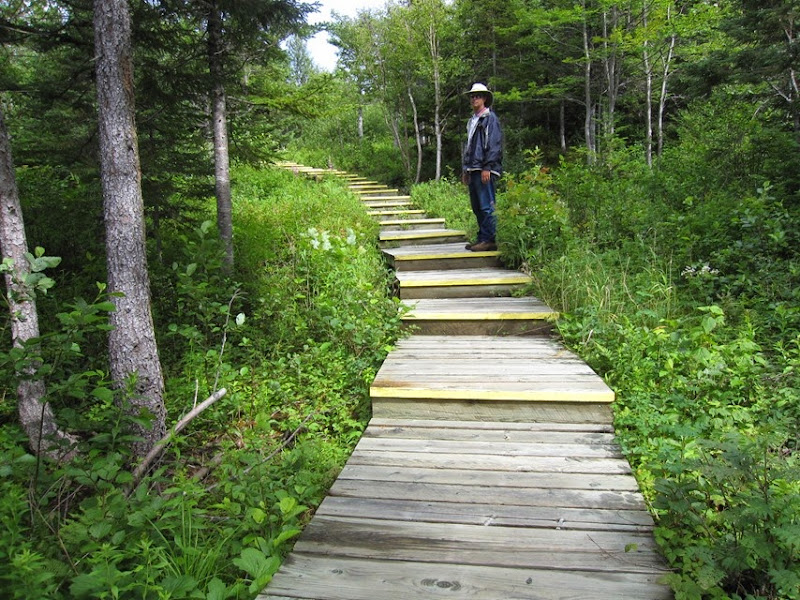 The trail wasn’t even that picturesque. We got about 3 km in and saw the mussel farm in the bay and turned around. 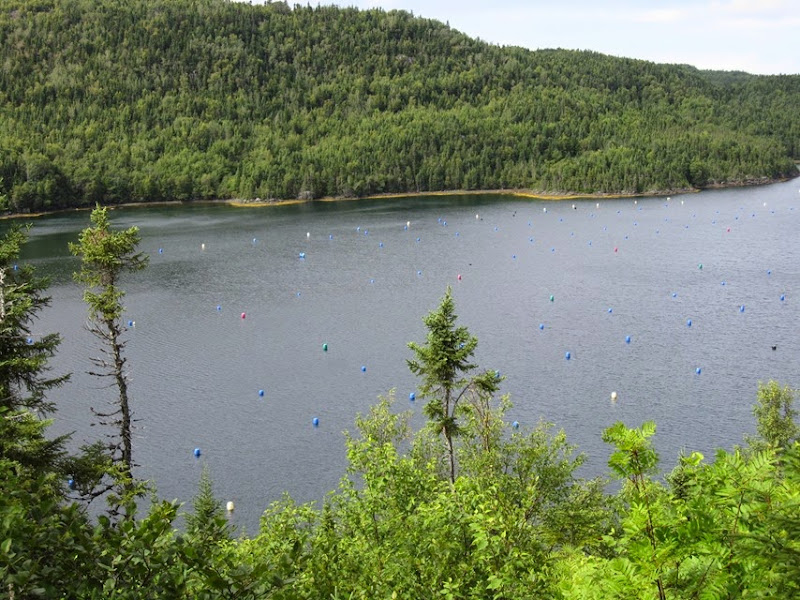