Today started out foggy and wet. This is our last day at St. Anthony so we headed to Hwy 435, back to the Northwest tip of the Great Northern Peninsula, (The Highlands) to Cook’s Harbour. We hiked a mountain in New Zealand to Cook’s Look so I wanted to finish his travels. 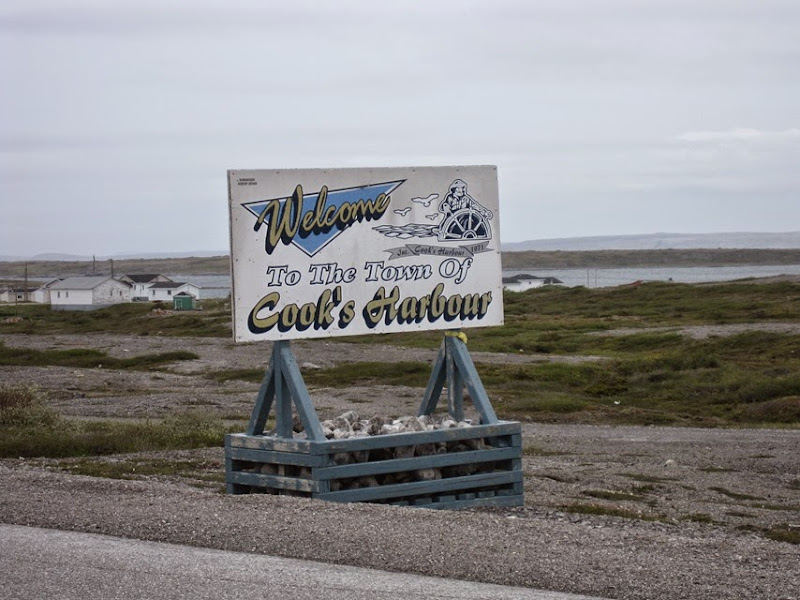 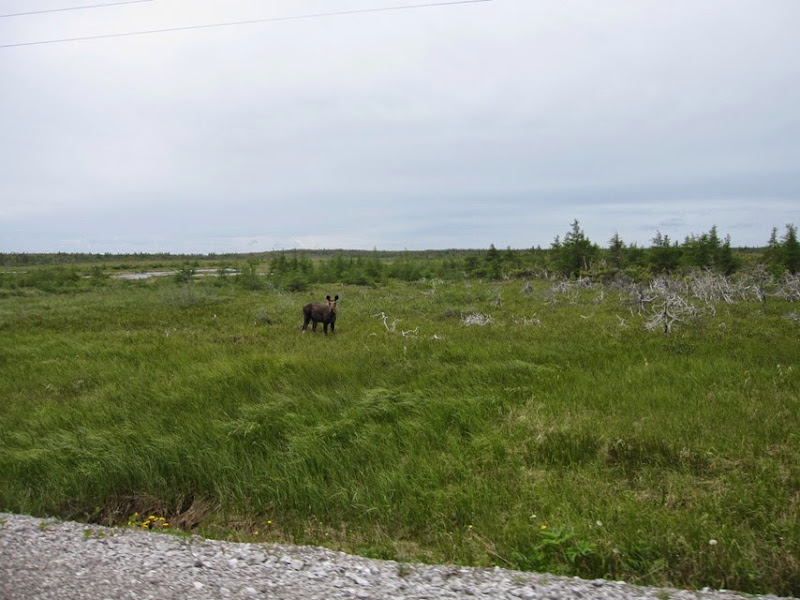 We walked “Whale Point Trail” at Wild Bight but no icebergs, harp seals, humpback or minke whales yet. The winds are stirring up wonderful waves that are splashing everywhere along the coastline. 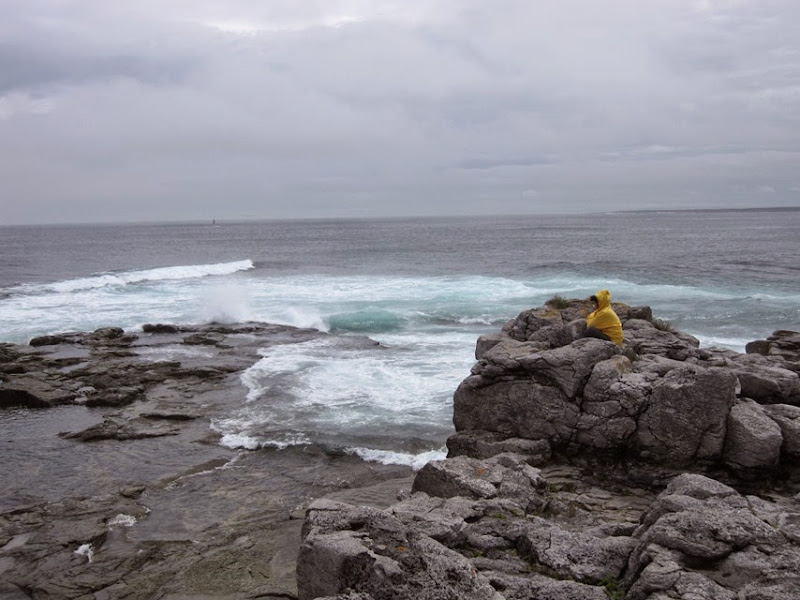 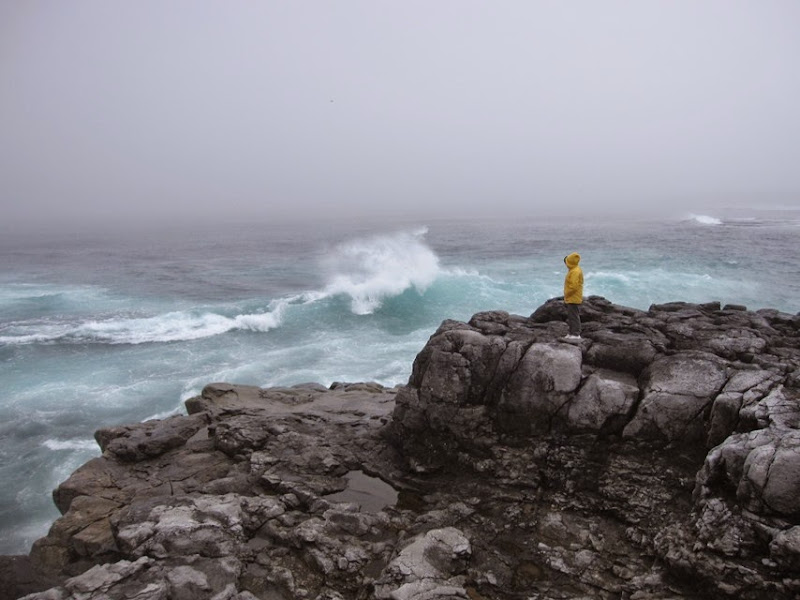 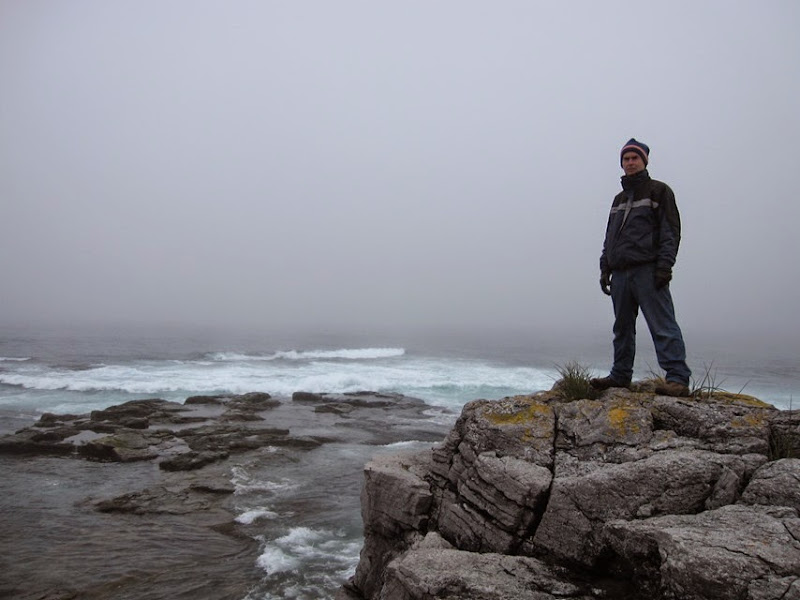 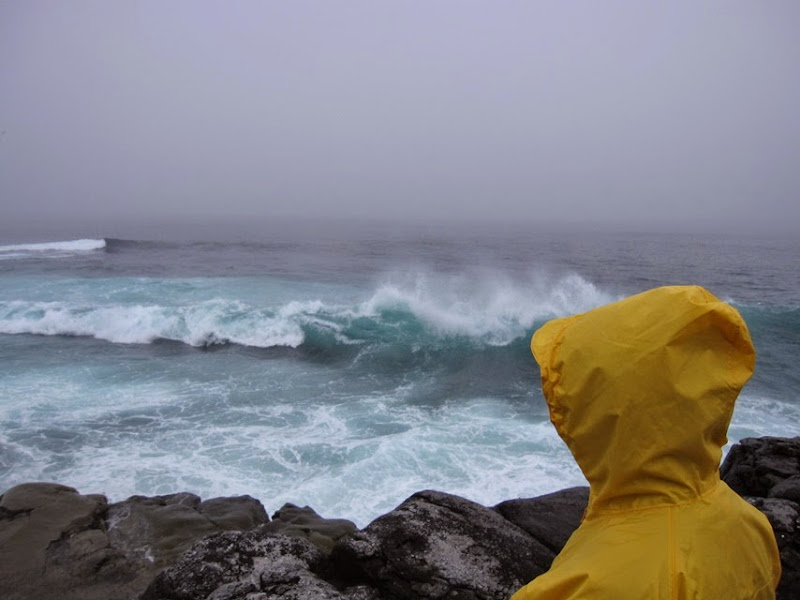 It is so very entertaining, we sat at Cape NORMAN Lighthouse for lunch to try and see across the Strait of Belle Isle as the fog gradually lifted and the sun came out for an appearance with the rain in tow. There were lots of waves, wind and snail shells the size of my fist but no whales. 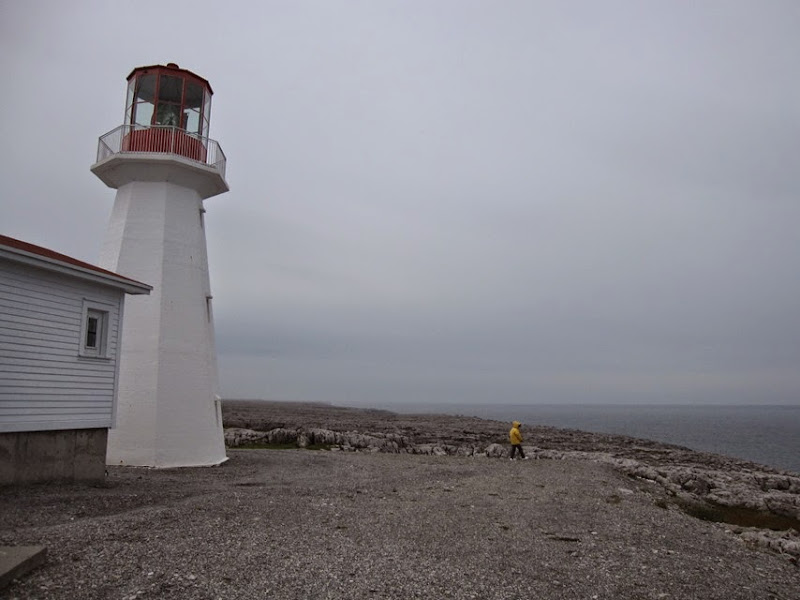 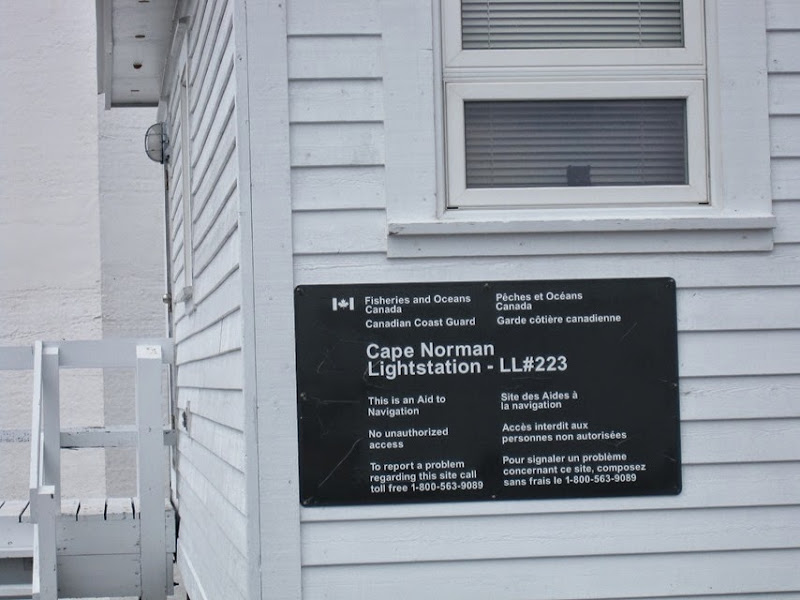 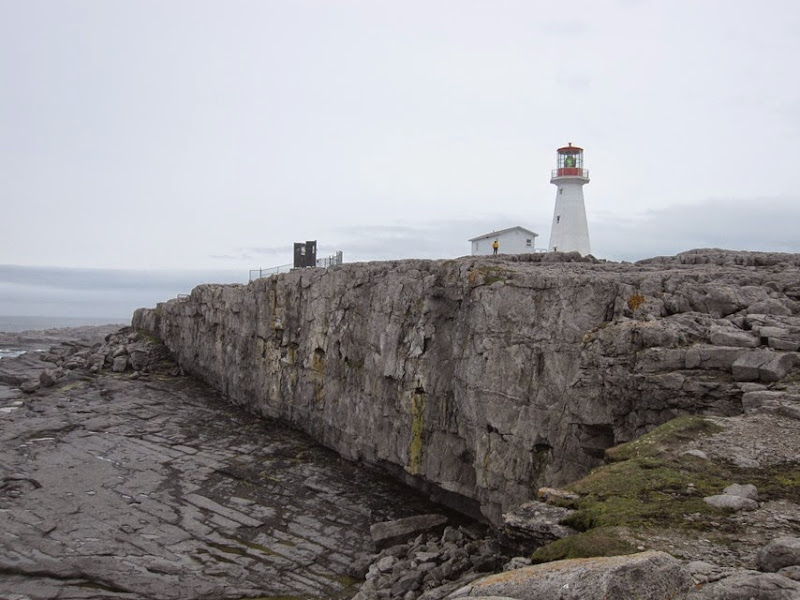 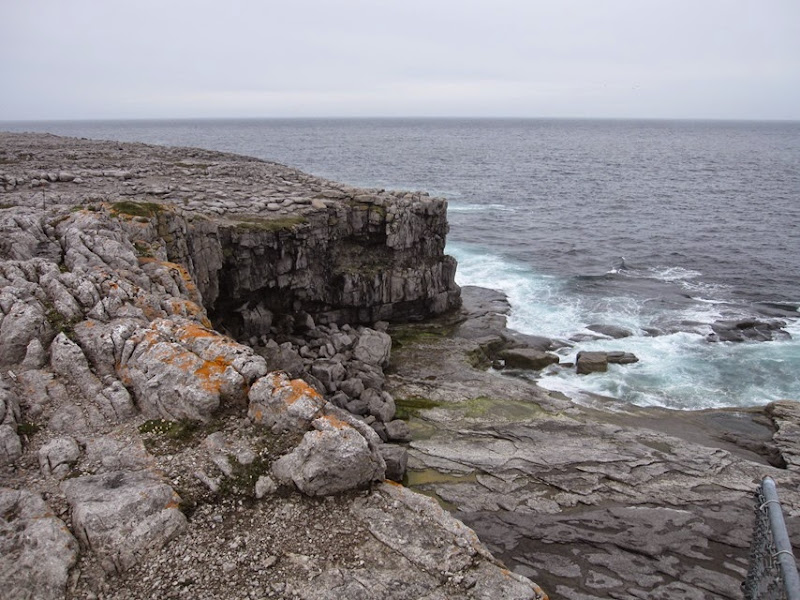 We drove a bit farther around the cape and then headed back. 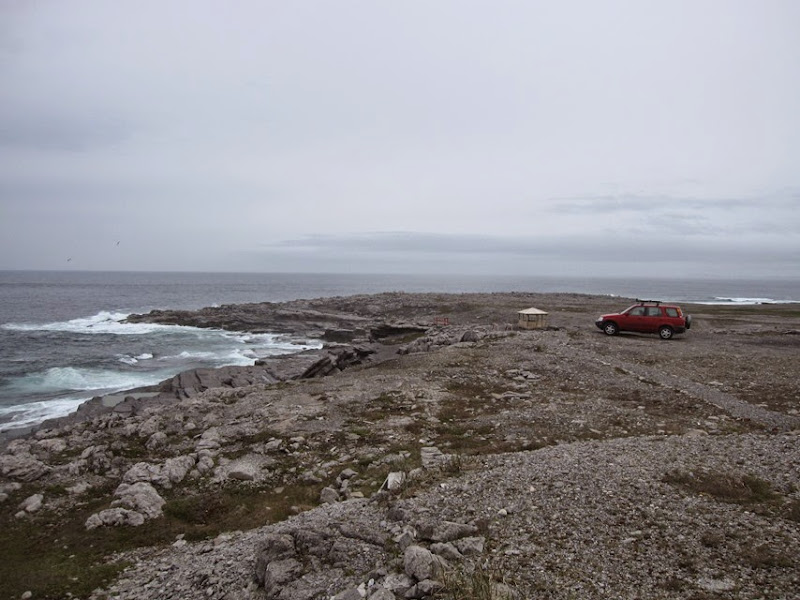 Tonight we are attending the Great Viking Feast at Leifsburdir in a sod covered restaurant, reminiscent of the Norse habitats, for a buffet and entertainment. 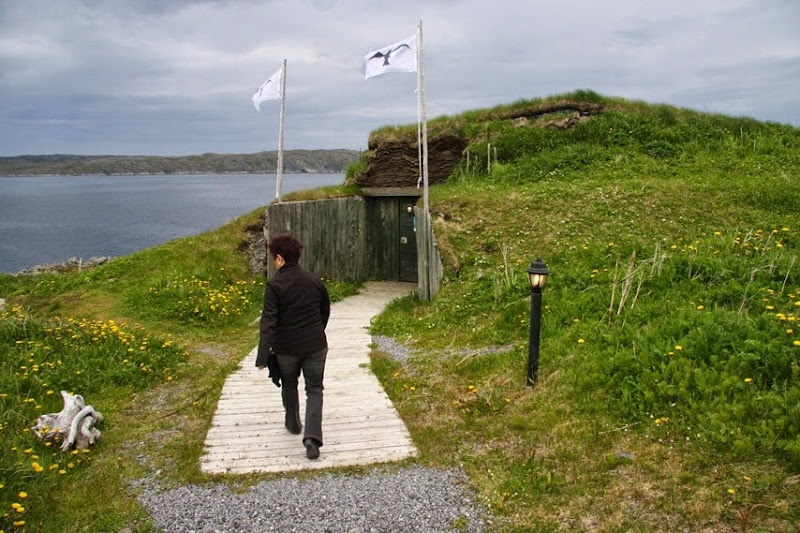 They served Moose stew (good), Baked cod, whole stuffed salmon, roast beef (ran out of squid), a jigg (corn beef, potatoes and cabbage) and the chef’s salad. Dessert was a partridgeberry pancake with béchamel sauce and dollop of whip cream (not bad). The finale was a Bakeapple liqueur. 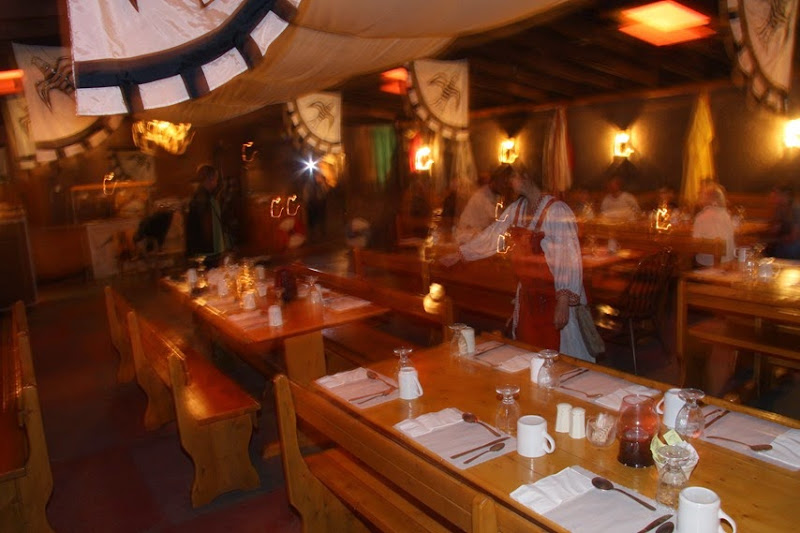 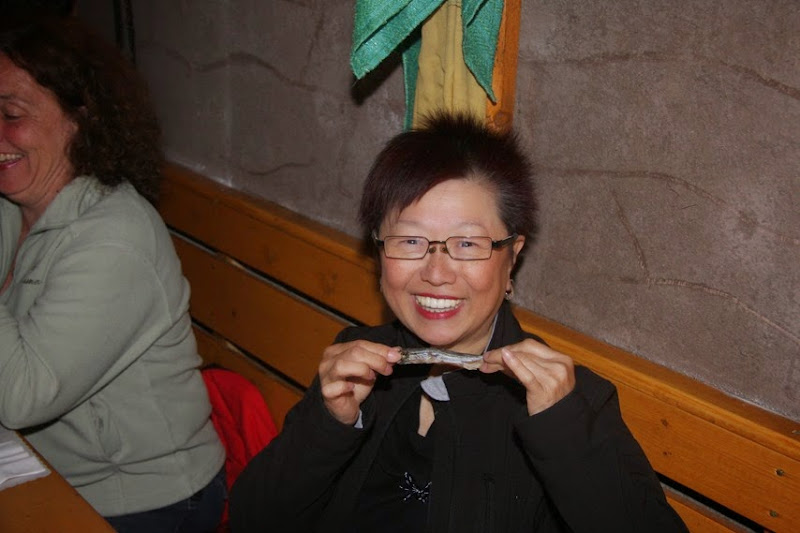 For entertainment members of the audience were asked to submit grievances against members of the family, travelling companions or spouse. The local leaders were the judges. 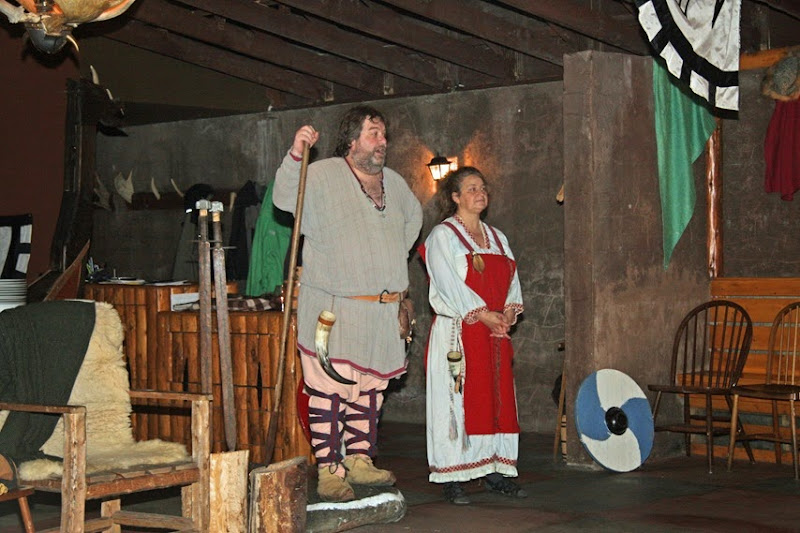 One by one they had to stand on a rock, present their case and call witnesses to support their case. The first case was a mother charging her son with an annoying torture of popping and snapping bubbles all day long as they drove from Kingston to here. Of course it was all in good fun and jest. The son was found guilty of the crime and his punishment was to wash their underwear for a week. 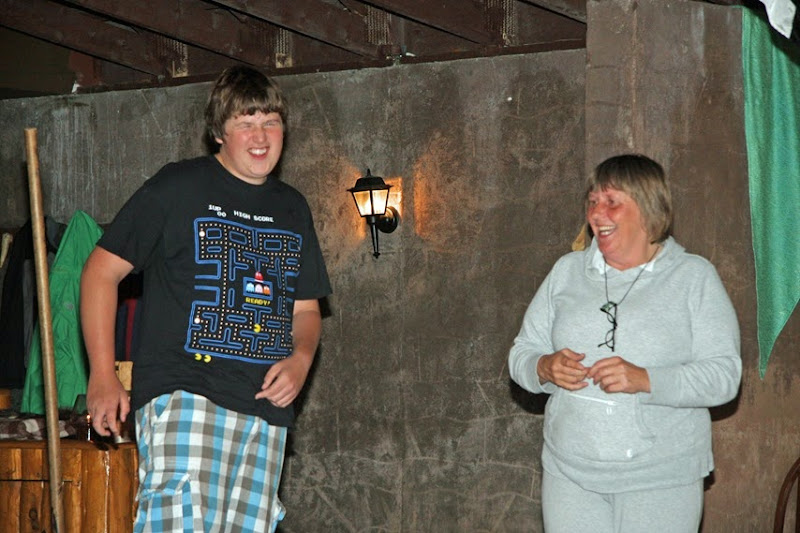 The next case was a woman accusing her husband of taking her money by beating her at card games like poker. He stood up and said that they use to play strip poker but it was putting him to sleep. The audience sided with the husband and she was sentenced to sing a love song to him. She said she would be torturing all of us if she had to sing a song. It was for fun so we all sang with her, “You are my sunshine”. 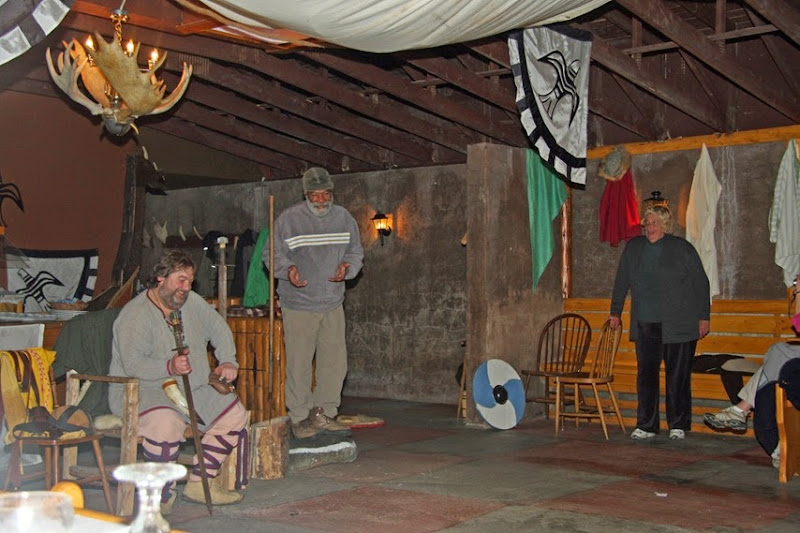 The last two cases were about sibling rivalry; natural I would say and everyone had a good laugh. 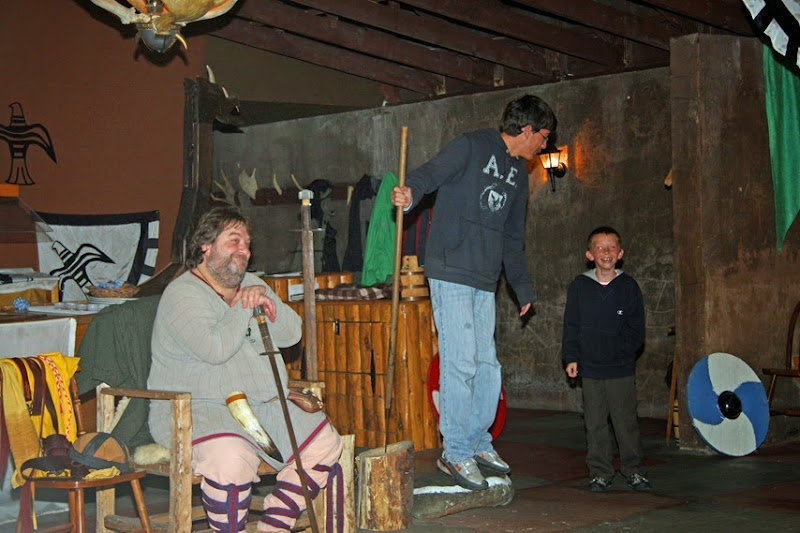 We sat with a nice couple, Liz and Rick who grew up in Brampton and moved to Nova Scotia 10 years ago and raised their 3 children, all of which have finally married and left home. They have a four year old grandson and feel so blessed and free now. We were talking about downsizing and how difficult it is given she has everyone over to her home for dinners and there are 14 bodies all at once. Then there is the cottage where everyone comes for the weekend and there is two of everything to maintain. Don’t I know it! 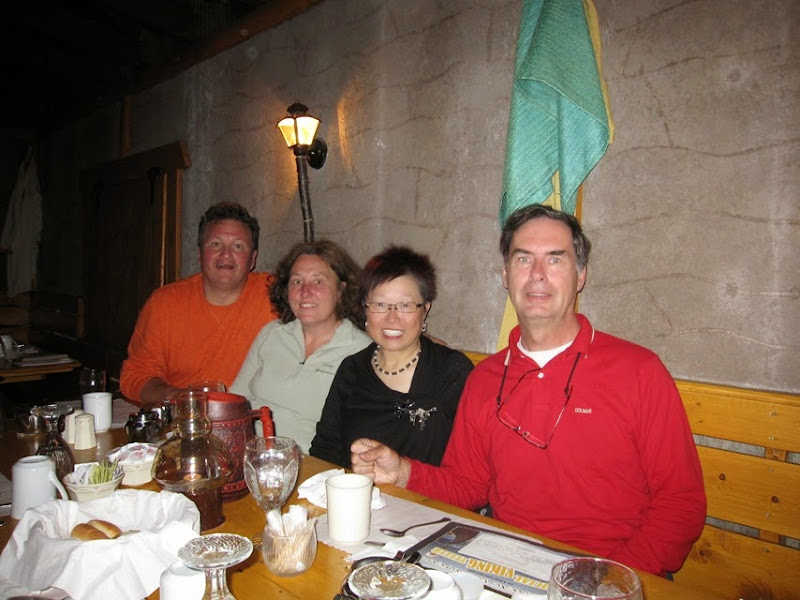 It was $60 a head but we came to experience things of interest and eating is a serious hobby. The buffet was not a Viking menu; or even remotely close; but it was good, satisfying, and lots of it. I did not have to cook and there was entertainment. 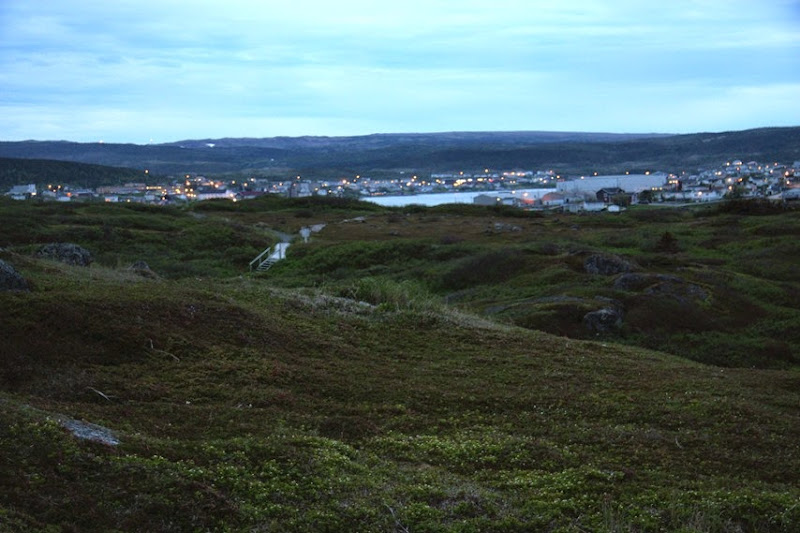 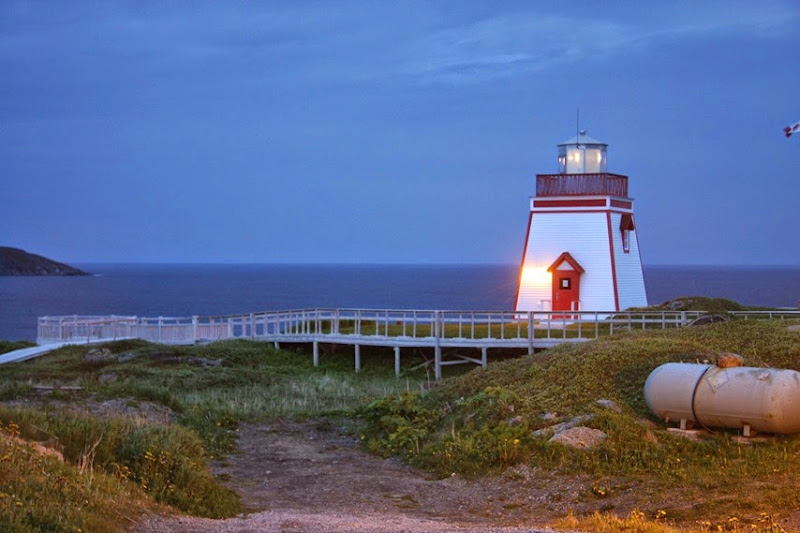