Yesterday as a shopping and working around the RV day.

Today was devoted to the northwest sector of the Avalon Peninsula, touring the coves and inlets of the coast of Conception Bay. We drove northwest to Portugal Cove, then south, through Paradise, Conception Bay South which consists of a number of smaller communities that have amalgamated – Topsail. Chamberlains, Manuels, Long Pond, etc. to Seal Cove; none of which are mentioned separately on the big map. There is so much construction of new homes in this area, we are wondering where all the buyers are coming from to own them. For the first time, I noticed a bus shelter (as it was the only one labelled “Bus Stop” while all the others were just “out house” sized structures with unspecified function).

Manuels River Linear Park has a nice trail so we walked around the river for a half a kilometre of the 6 kms of trails and then jumped back into the CRV. What is interesting about the beds and river area is that it was formed in Africa and the fossils are similar to those found in Spain, Portugal and North Africa but different to those found in western Newfoundland. It was a nice park with a waterfall but there is a lot of ground to cover today so we moved on. 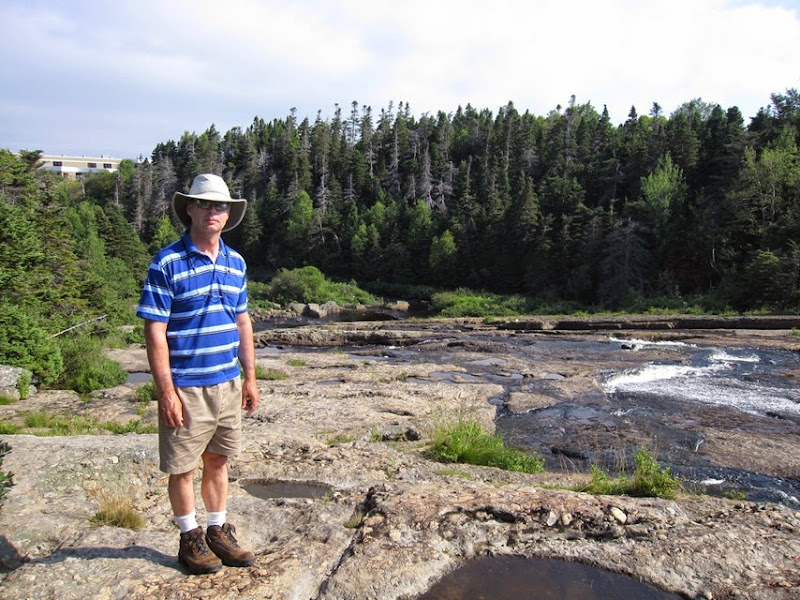 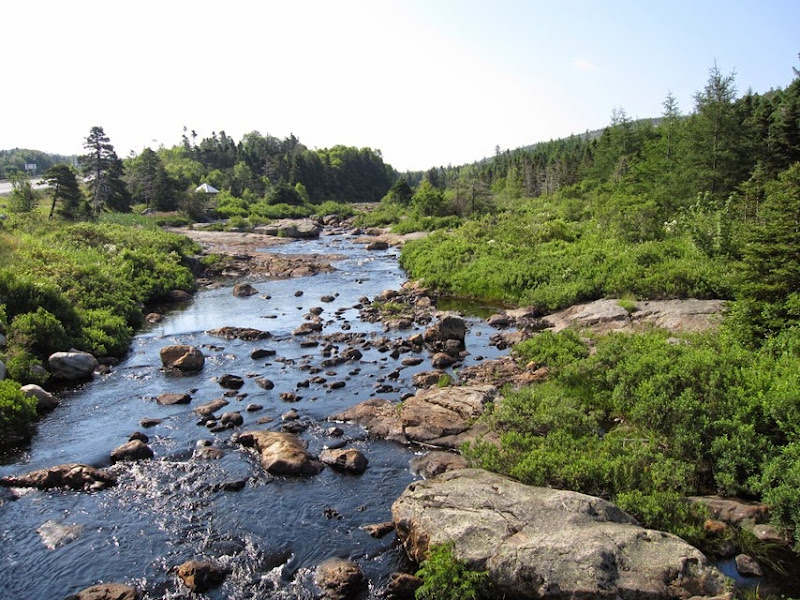 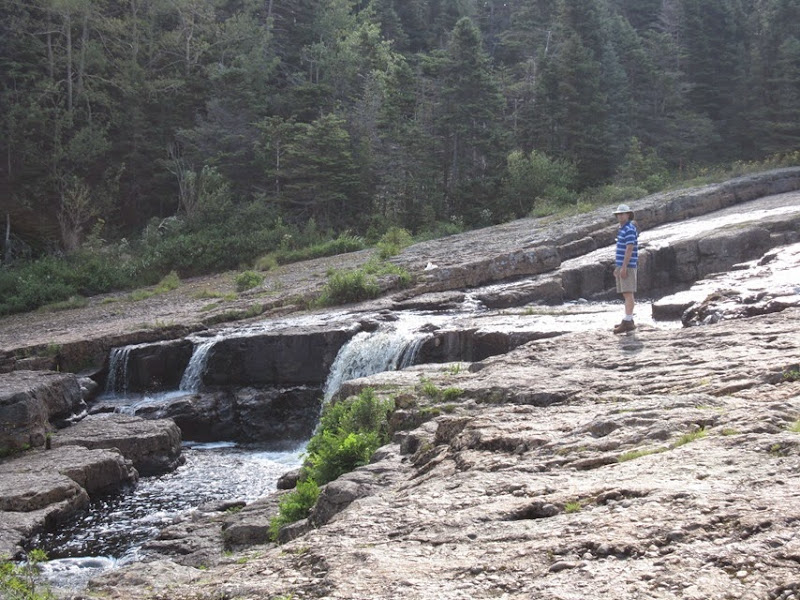 We continue southward on Rte. 60 until Holyrood that turns northward to Avondale, Conception Harbour, Colliers, Marysvale, Brigus and Cupids. The roads are confusing, as they dead-end and the coastline disappears. Even the GPS is lost so we backtrack a bit to pick up where we went off. 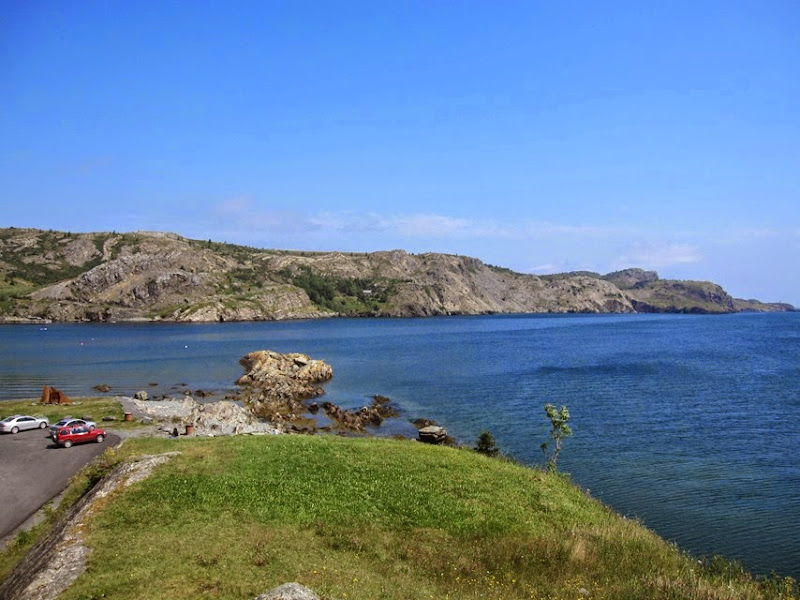 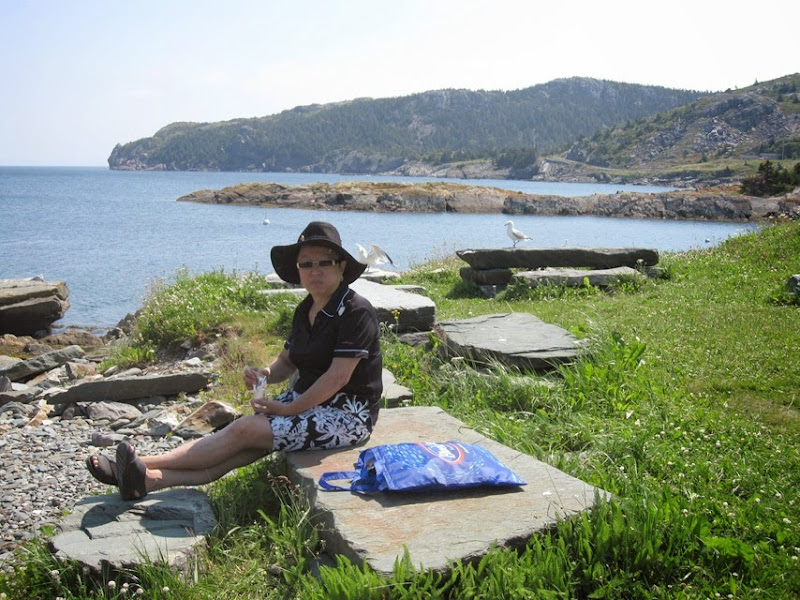 Since Cupids is celebrating 400 years of history this year, there are massive events slated to start at the end of the month into August. We went to the Legacy Centre and there was a fee to look at their historical information so we bought a glass Puffin and took off for a walking trail. Burnt Head Trails had the funniest disclaimer at the start. Missing a period. ”Hunting Pedestrians” is much different from “Hunting. Pedestrians” 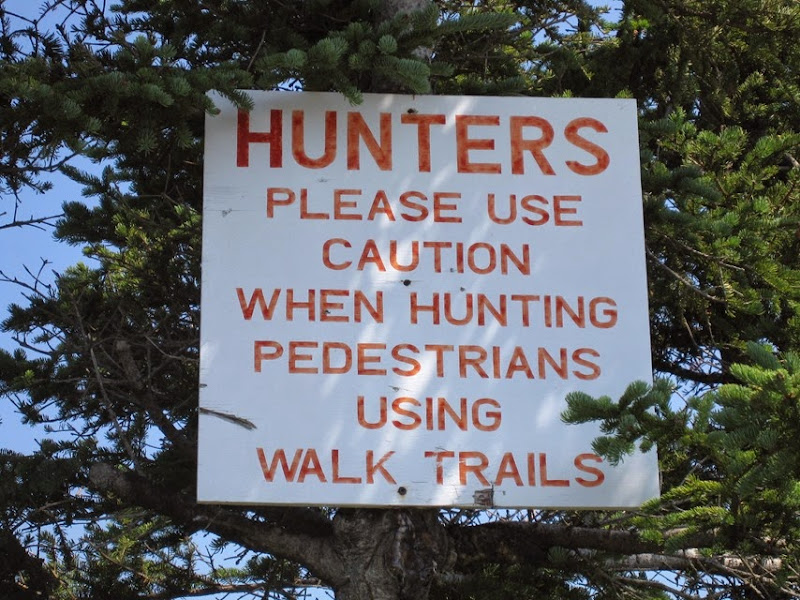 The trails have been groomed in preparation for the onslaught of tourists; though they are not ready yet. A map was given for us to follow but it is woefully inadequate and wrong. 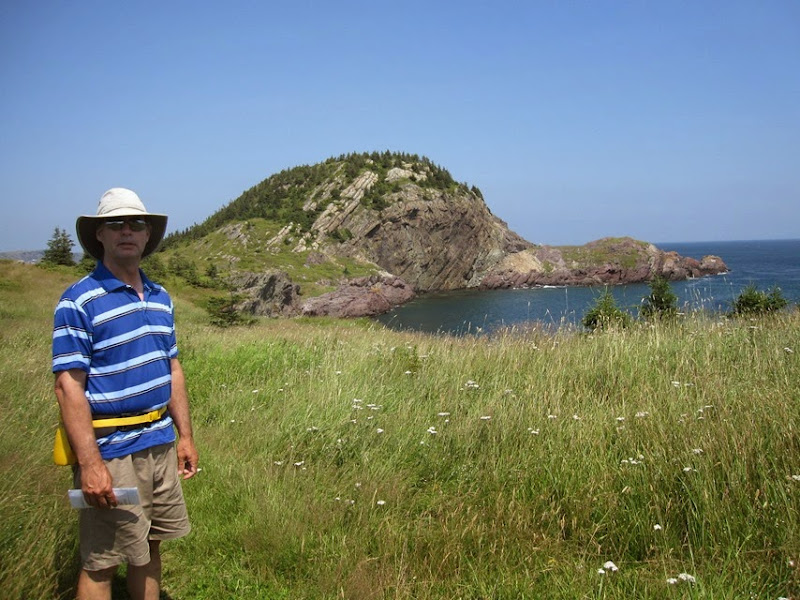 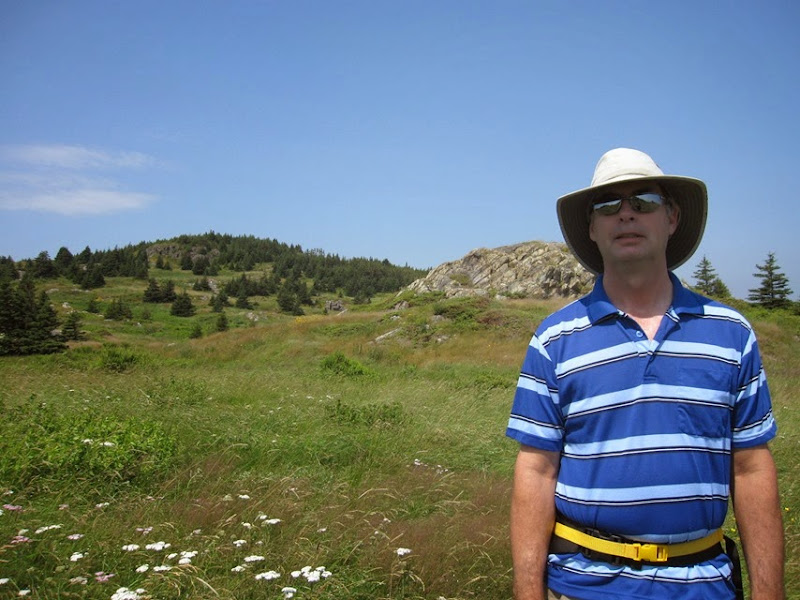 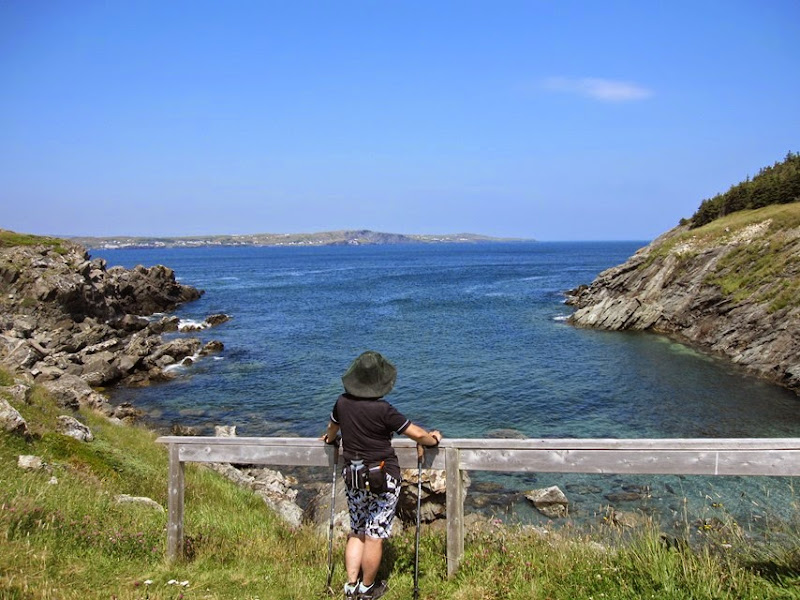 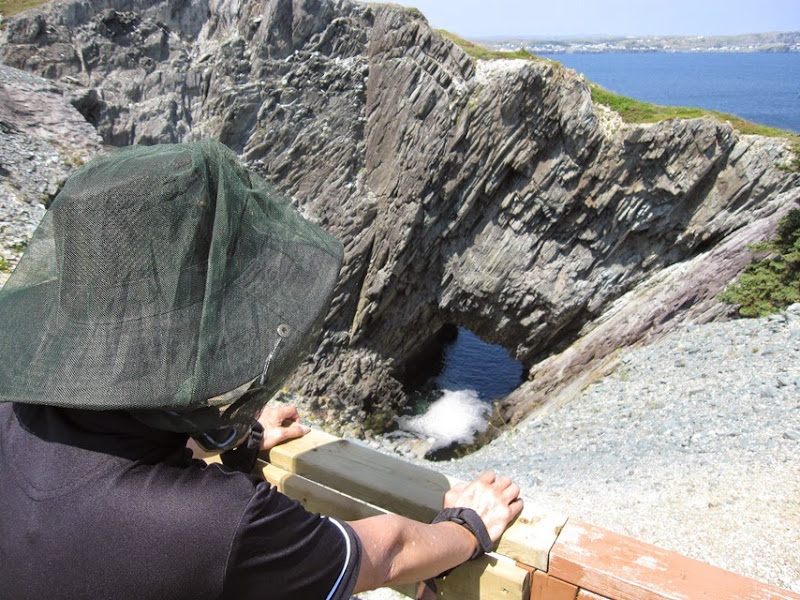 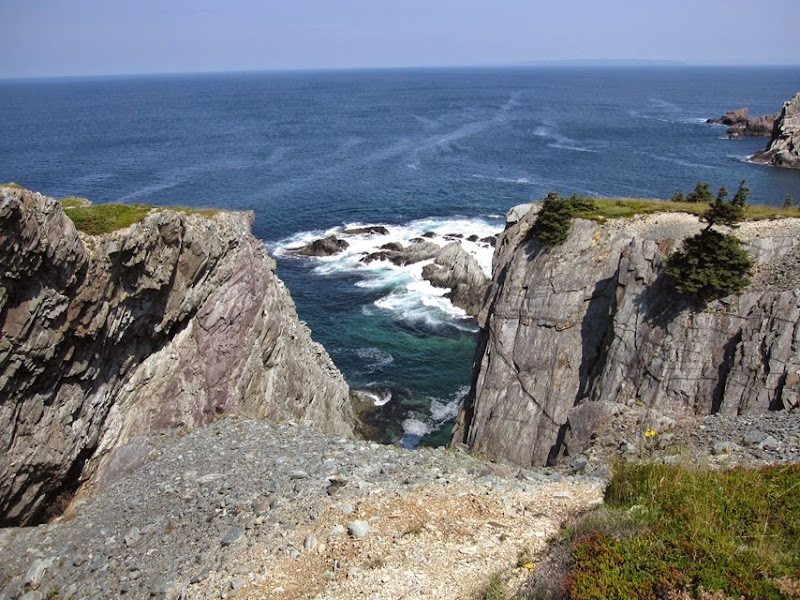 We had intended to do the whole 5 km loop and ended up just completing 2.5 kms of it, as we took a turn that headed back to the CRV instead of towards the coast end of the trail. It was hot and the only saving grace was the occasional breeze. We could not wait to get back to the CRV and crank up the air conditioning.

I know that we passed through Clarke’s Beach but I cannot remember Makinsons, South or North River, Bareneed, Port de Grave. Bay Roberts had a gorgeous marina and I was tempted to visit the Shearstown Estuary or do the Shoreline Heritage Walk but by this time we were burnt out, tired and hot. By the time we reached Bryant’s Cove we felt it was time to head back. All the details were getting fuzzy and it was no longer novel, interesting, different or memorable. I fell asleep and Stuart drove all the way back.