It is great looking day for hiking around nature. We decided to go north a bit to Cape Arago and three state parks. The entire cape used to belong to an industrialist in the 1800’s and at different times he donated his land to the state which became the 3 parks.

On the way there, on the very winding “7 Devils Road”, we first stopped at a wide beach. 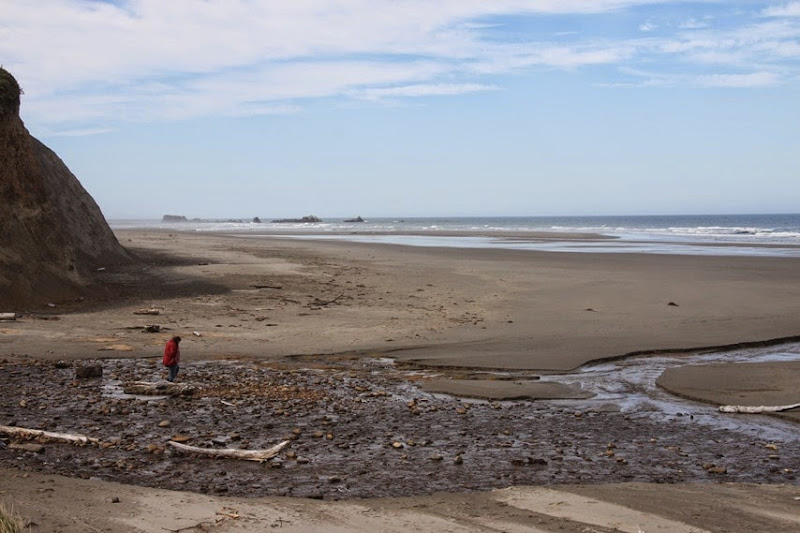 Next was the “South Slough National Estuarine Research Reserve”. A long name for a place where they study the tidal flats at a river opening. We went through the visitors center and went for a hike to the flats. It started with a boardwalk through the huge leaves of skunk cabbage. 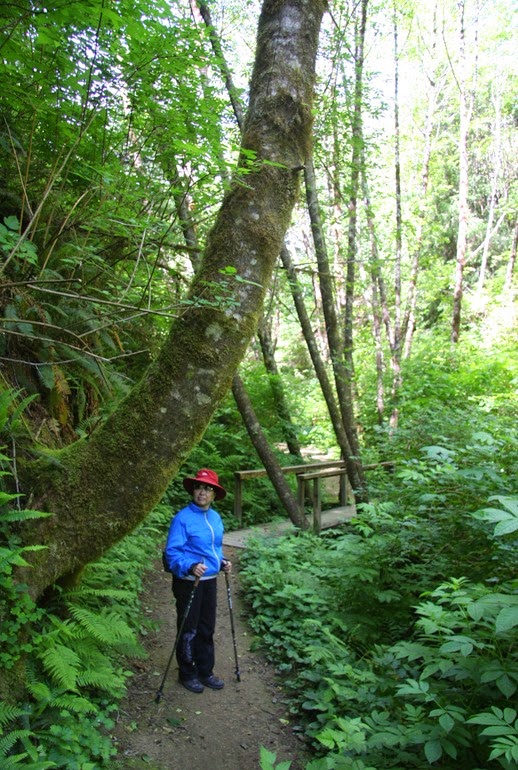 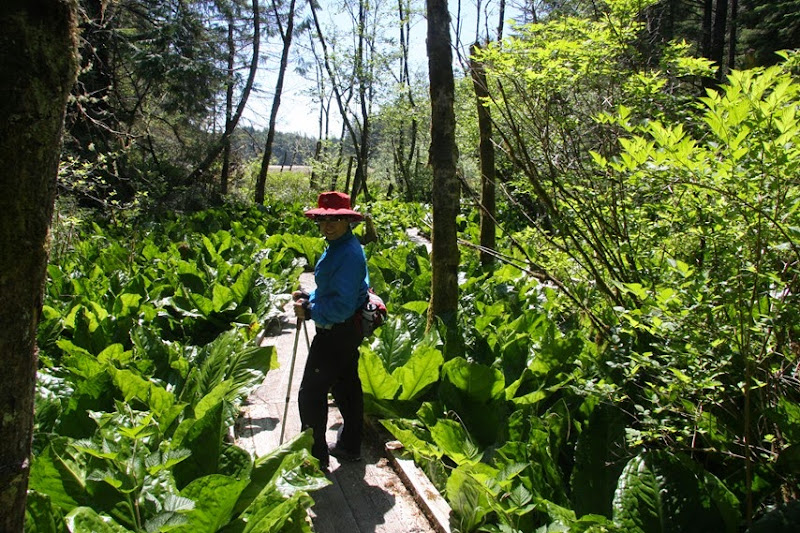 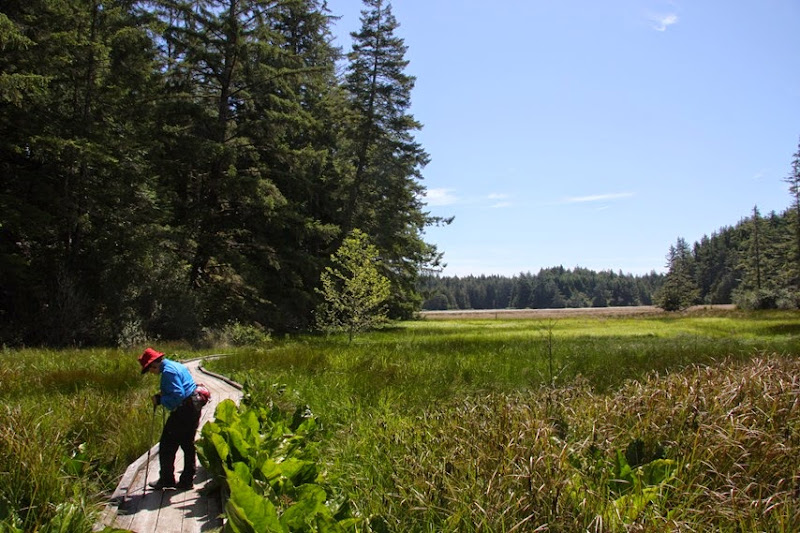 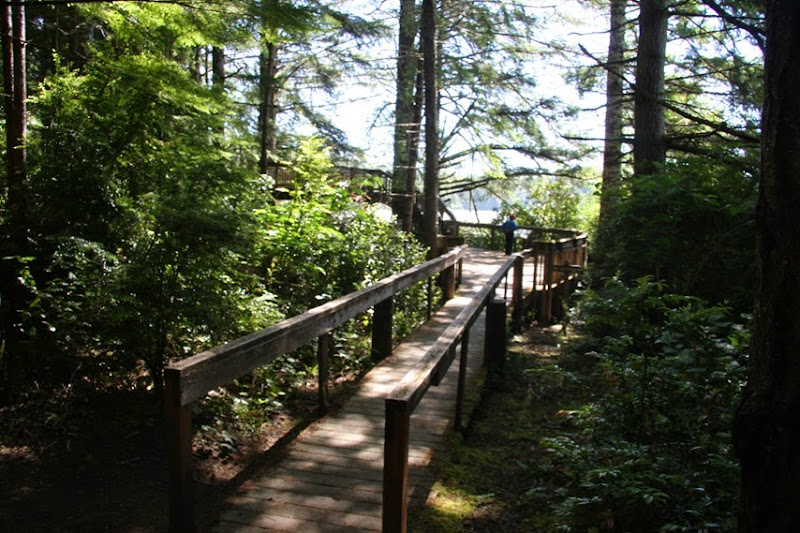 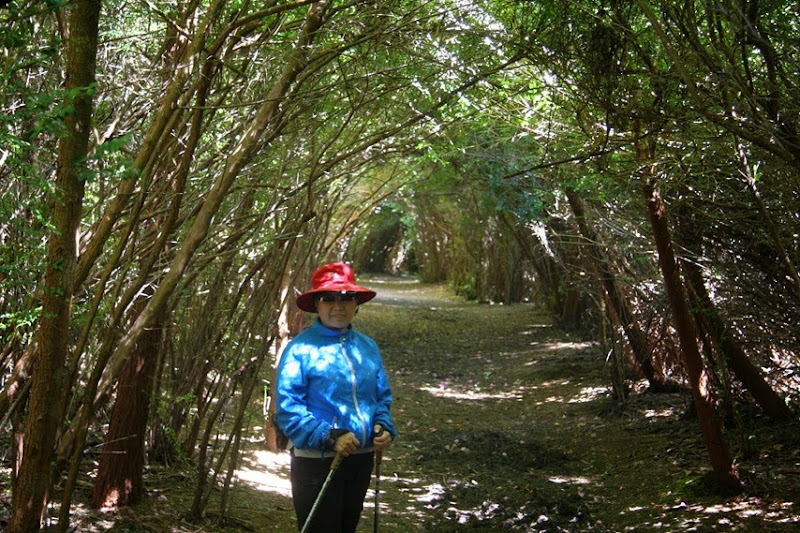 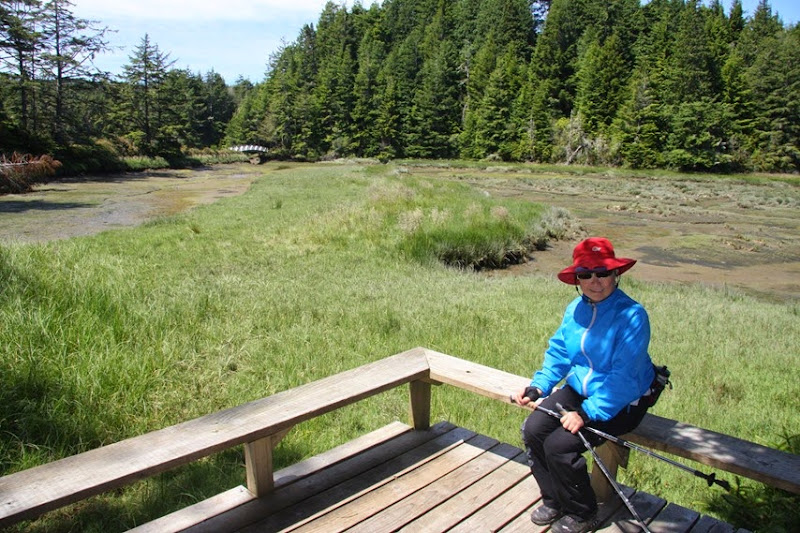 A finally out to a thin spit on the flats, where we saw a heron and, we think, an osprey. 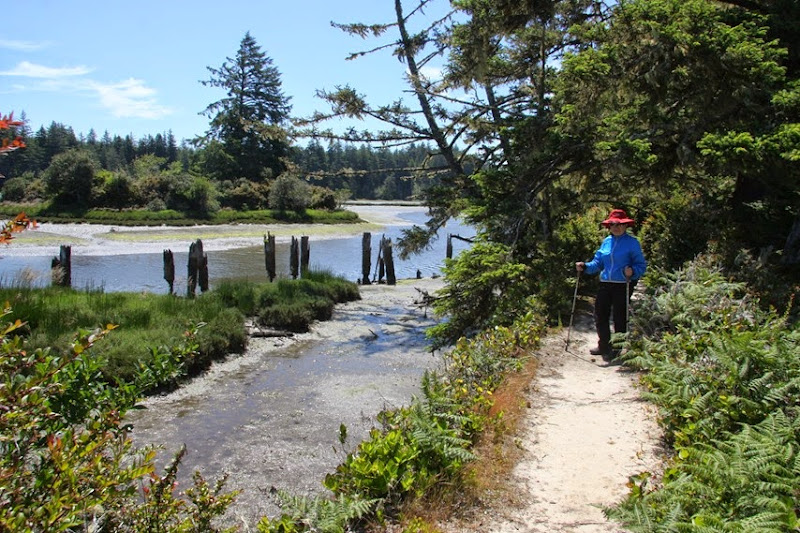 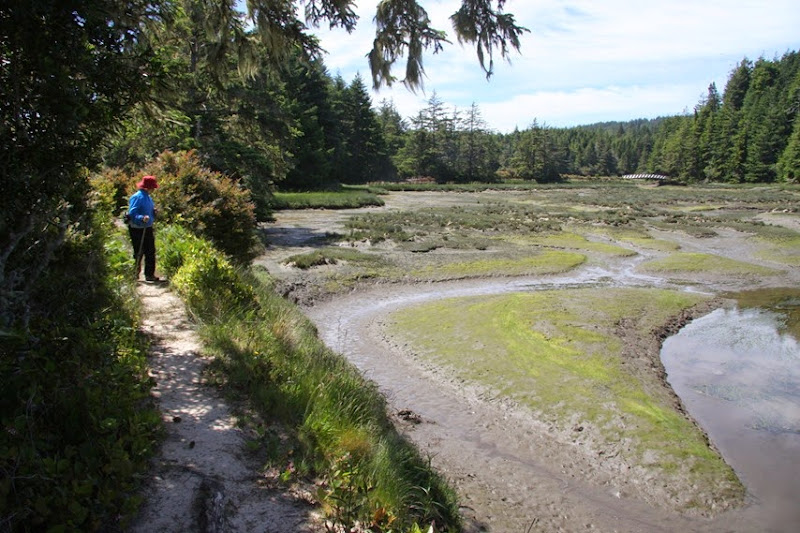 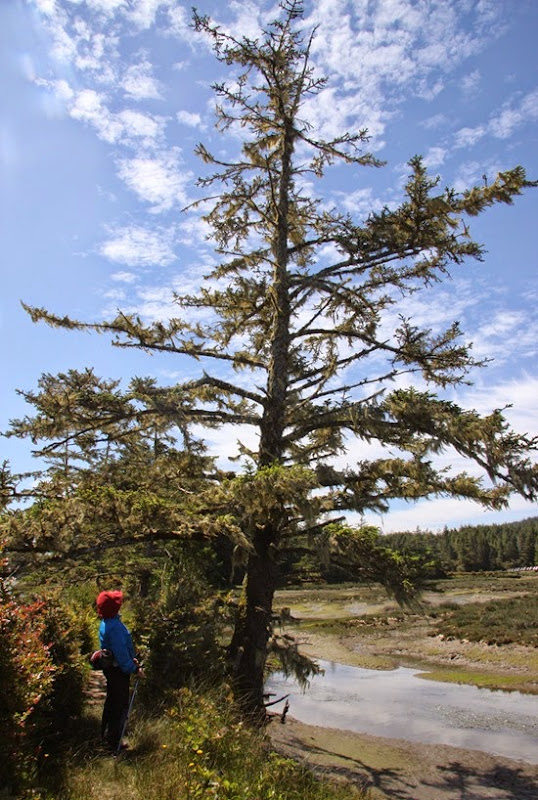 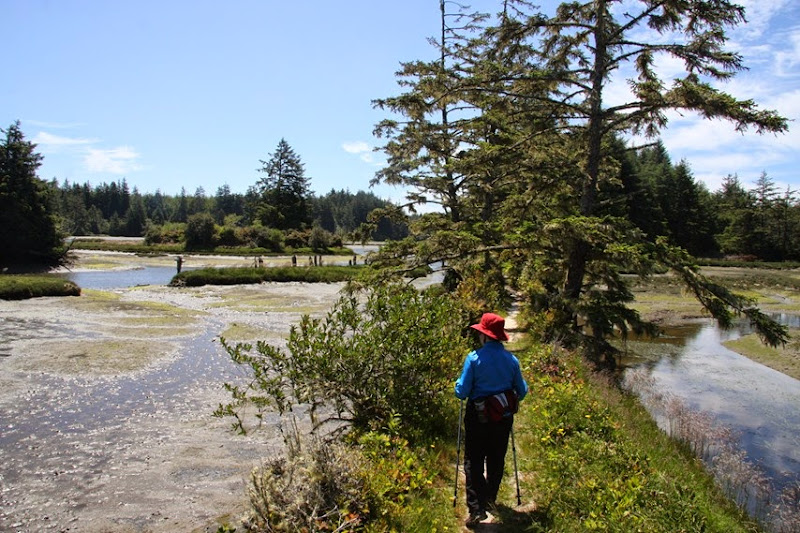 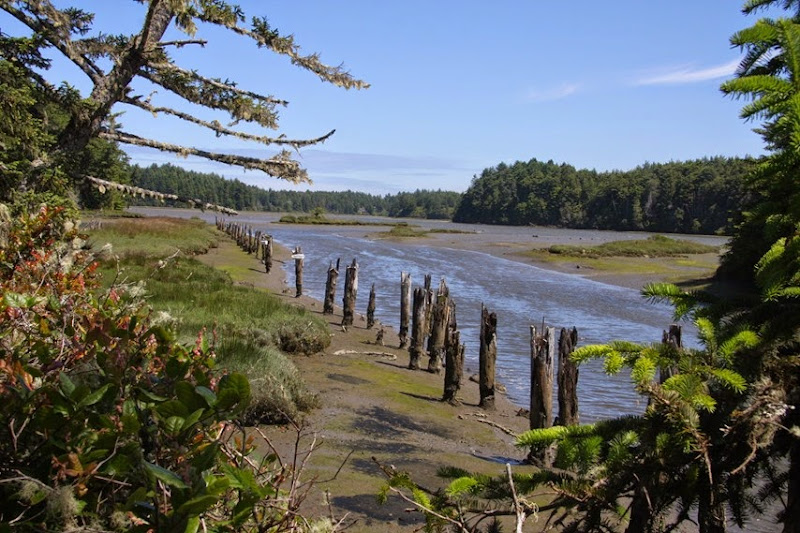 Time for lunch so we went to Sunset Bay State Park. There are numerous families on the beach investigating the sands, ocean waves, rocks, tide pools. 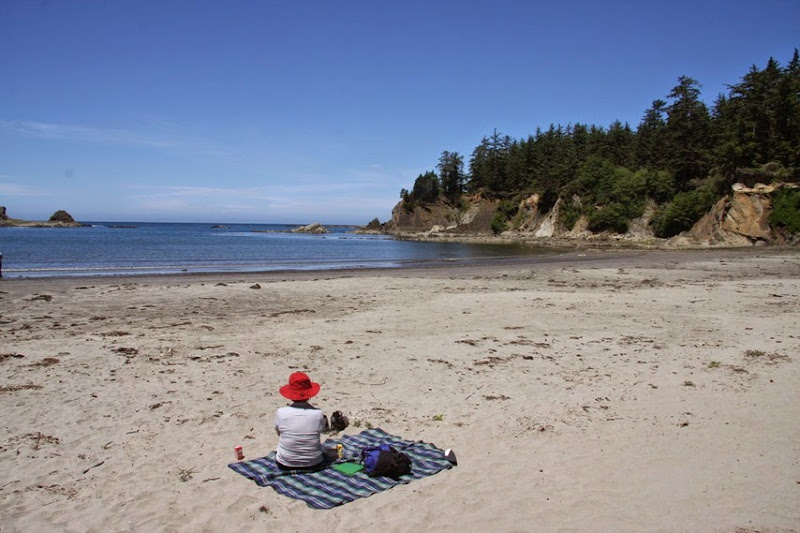 Our next stop is Shore Acres State Park and Botanical gardens. These were the old owner’s wife’s formal gardens. There are hundreds of rose bushes, rhododendrons and azaleas, dahlias, white and red water lilies in a pond with the bronze herons, gorgeous calla lilies...... and interesting trees and shrubs. The gardens are actually maintained by inmates from the State Correction Facility (as identified by their clothing). 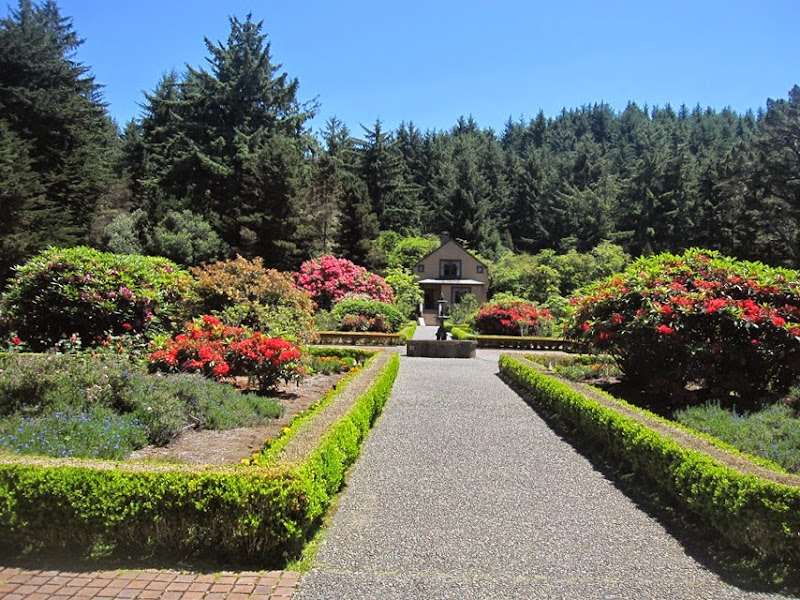 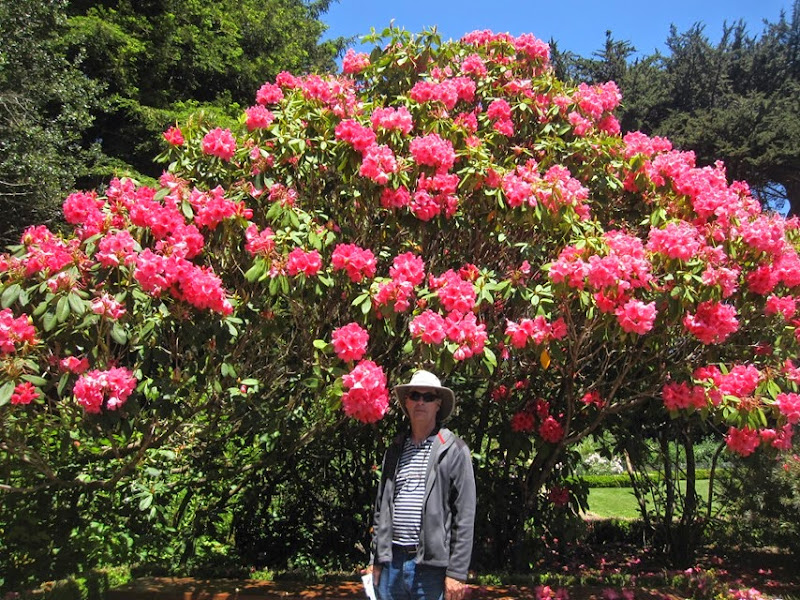 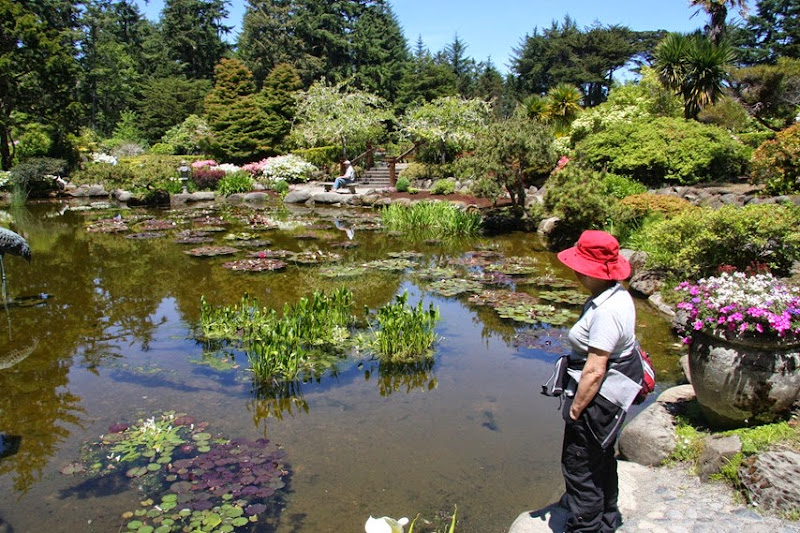 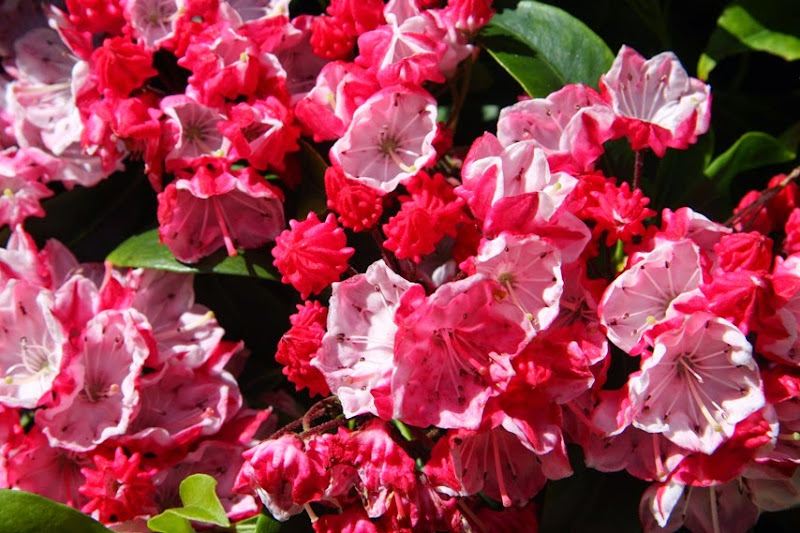 We bumped into our friends again, Mike & Jane, taking in the same sights, sounds and scents of the 3 adjoining parks.

The coastline here is very different. A weird mix of rocks with shear cliffs. You can definitely see plate tectonics at work with the layers of rock pushed up at severe angles. 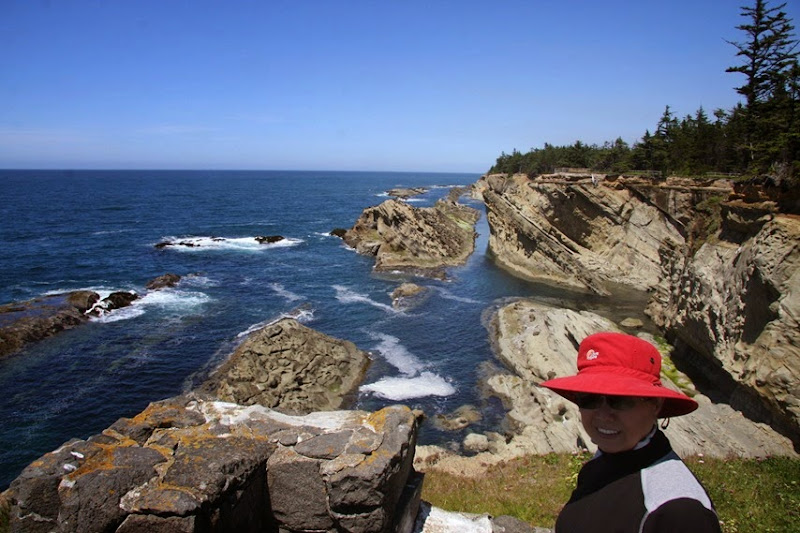 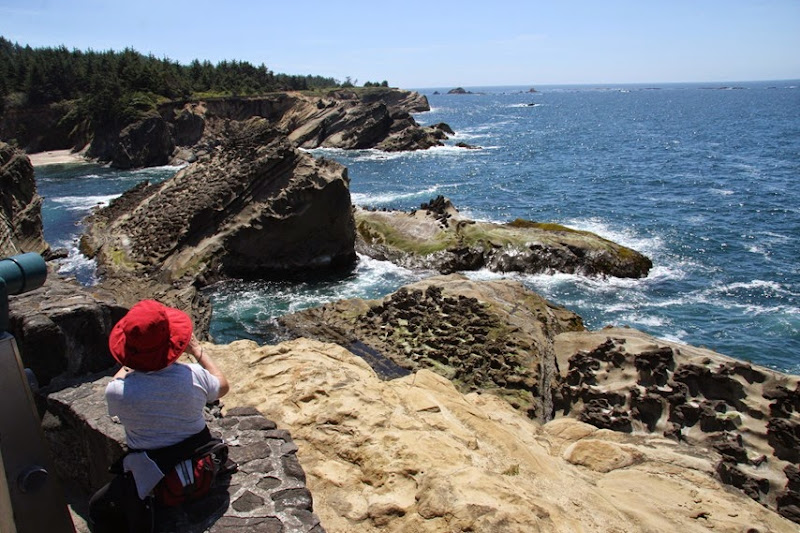 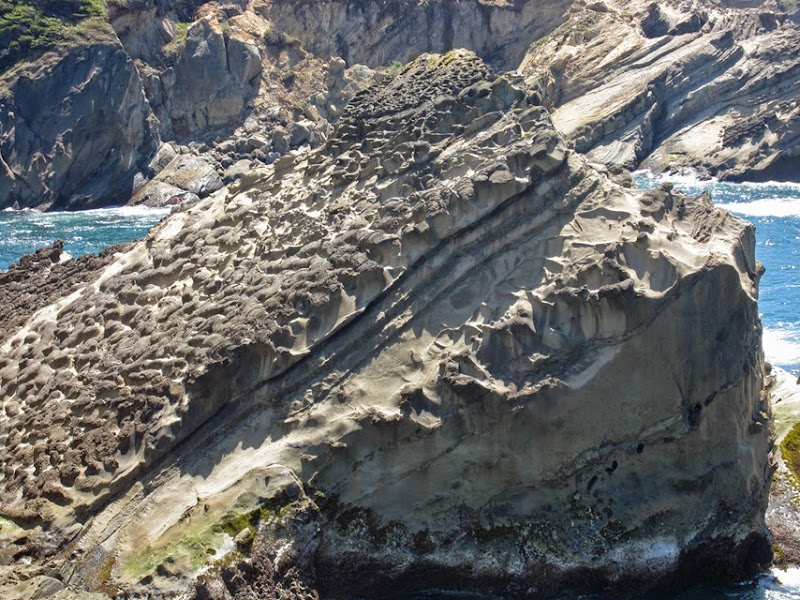 At the Cape Arago State park viewpoint, we can see the activity happening at Simpson Reef & Shell Island where there are Northern Elephant Seals, Harbour Seals and other Sea Lions lounging about on the rocks making a huge racket. 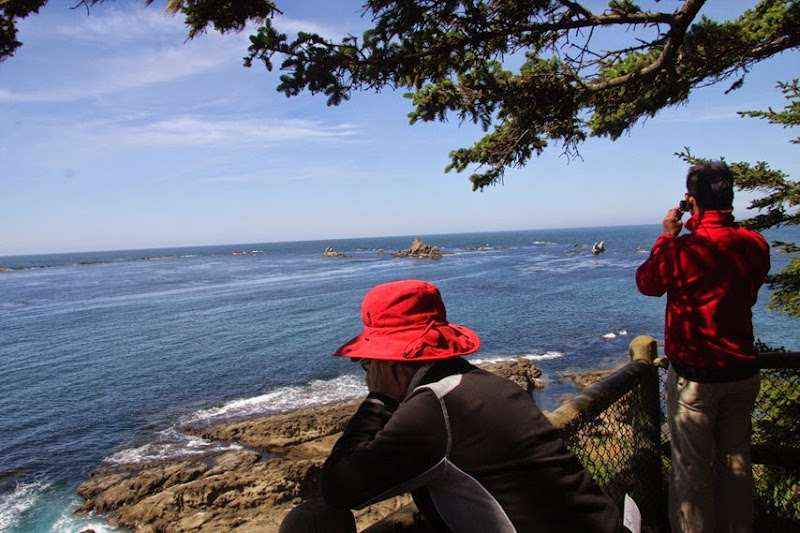 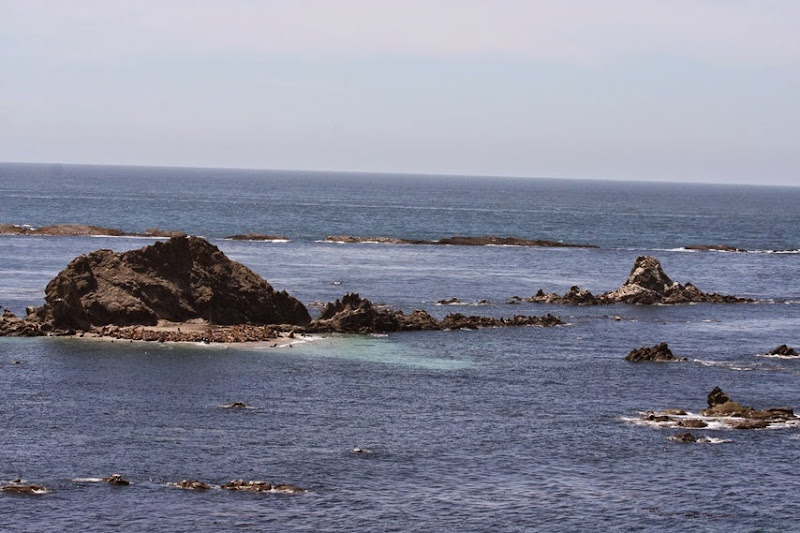 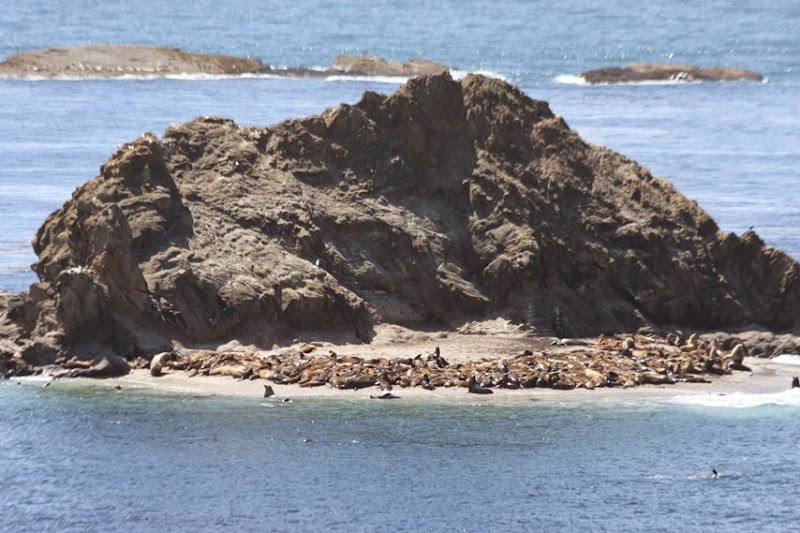 You can also see the lighthouse which is currently on private land so we couldn’t visit it. 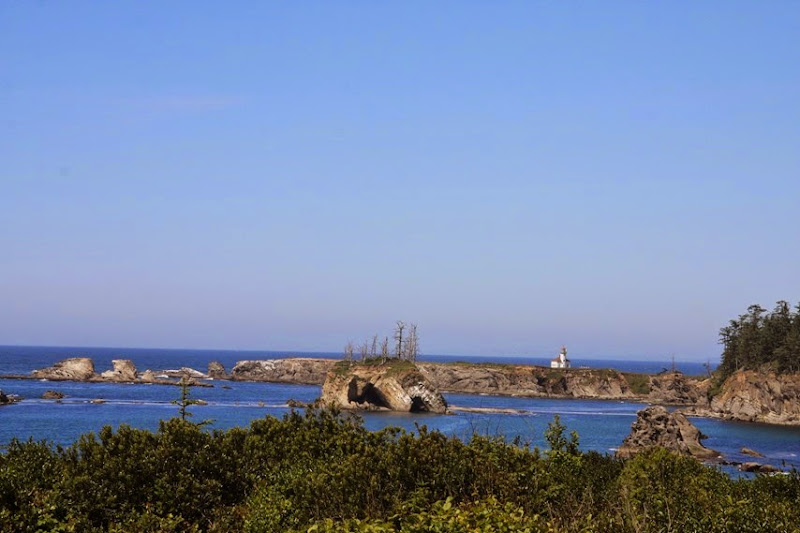