The morning was cool and threatening rain so we decided to have an indoor day and went to the Oregon Coast Aquarium. It was recommended in all the guide books and was definitely worth the visit.  Nothing can compare with the Monterey Bay Aquarium but this one had enough to keep us interested for most of the day.

There were the usual seals, otters, crab, seahorses, lots of little tanks with fish and of course the jellyfish tanks (actually sea nettles). 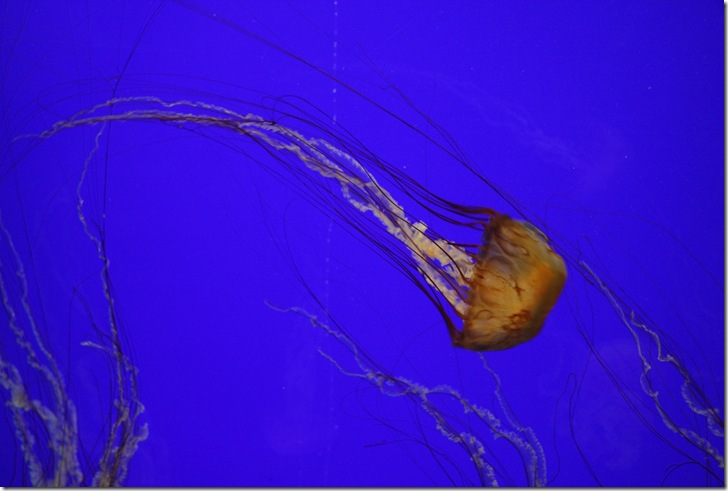 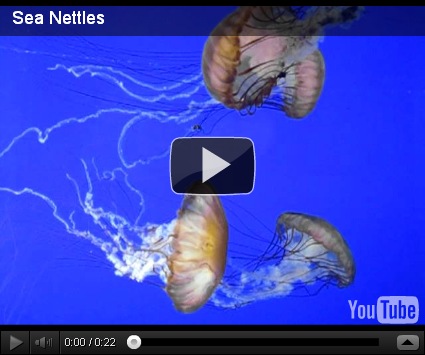 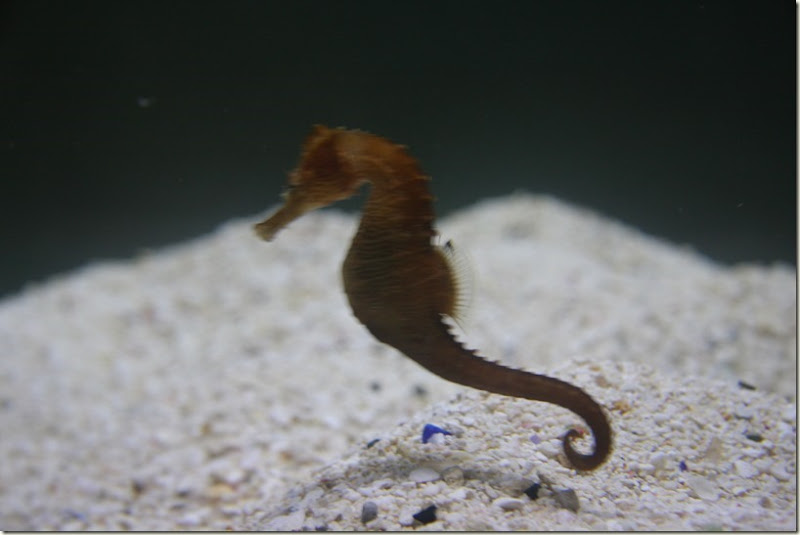 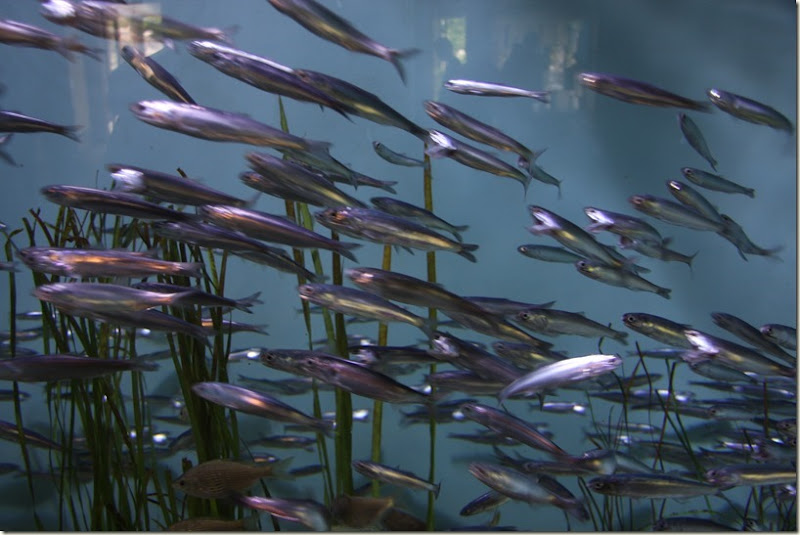 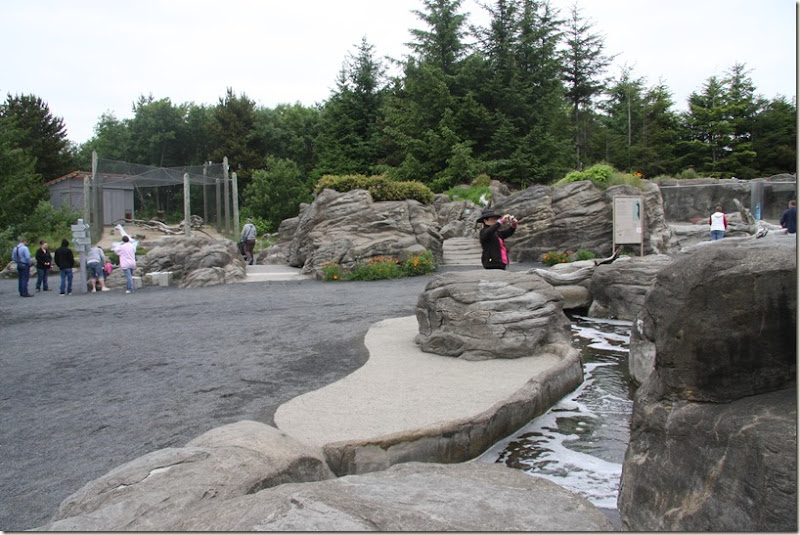 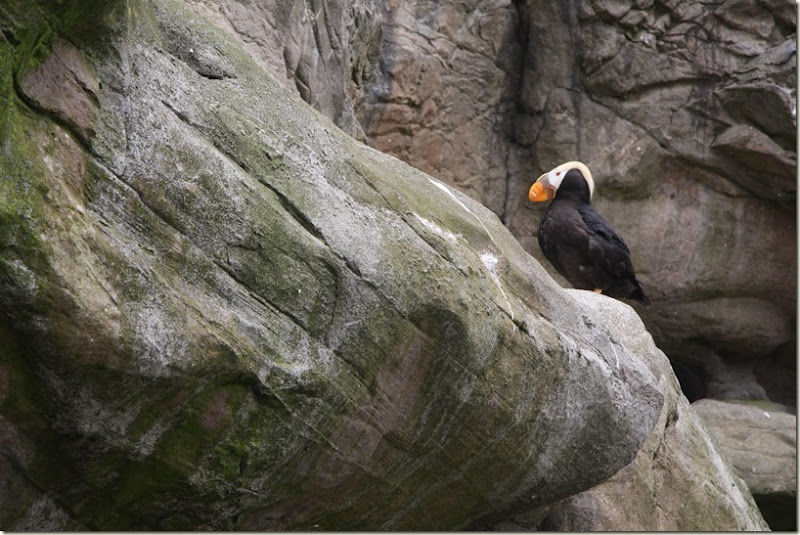 The highlight though were three large tanks through which there were plexiglass tunnels. Even parts of the floor were transparent. One was the deep sea with sharks, one was near shore with sturgeons and halibut and the other was a reef tank. 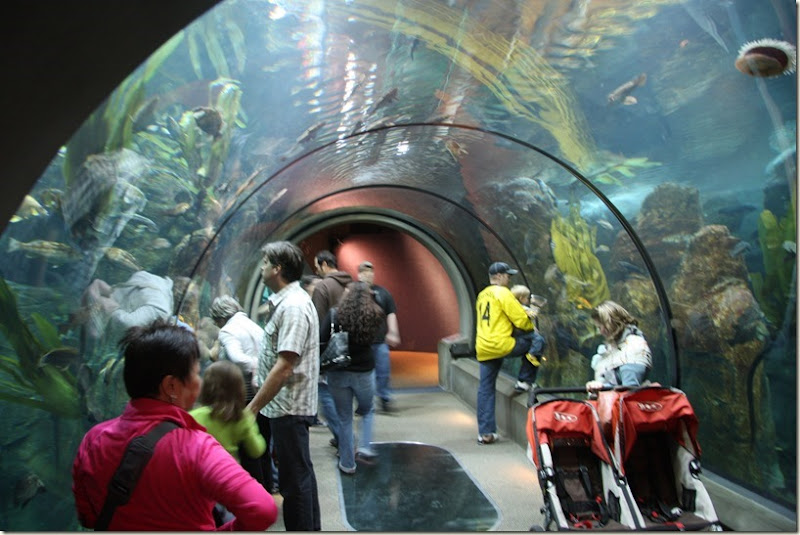 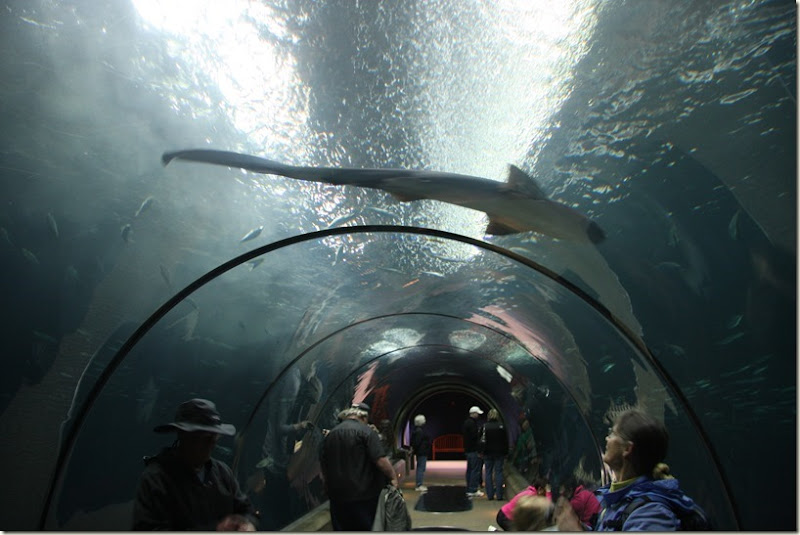 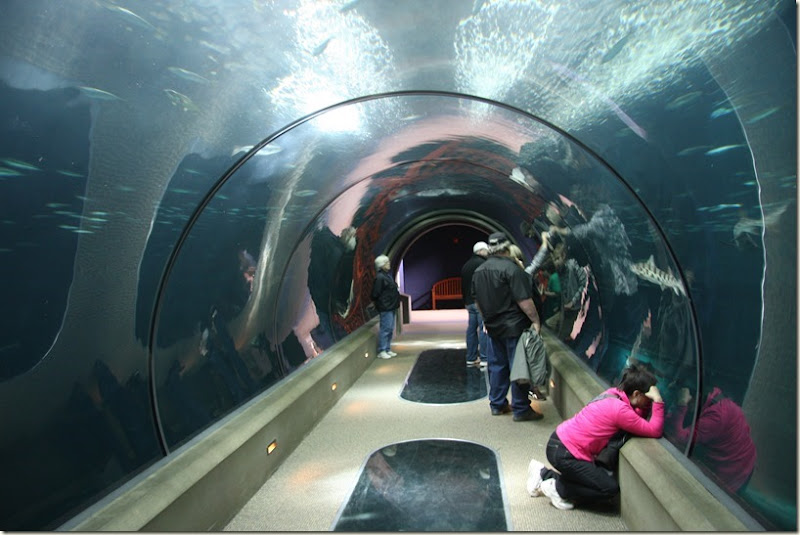 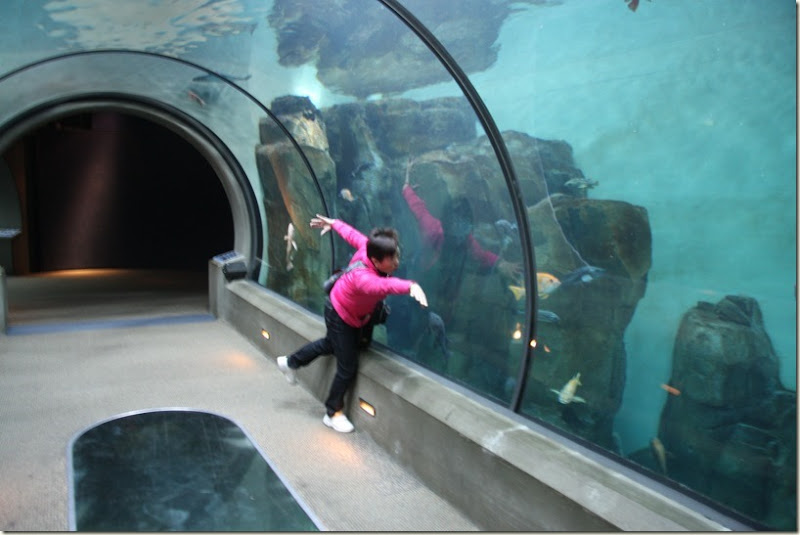 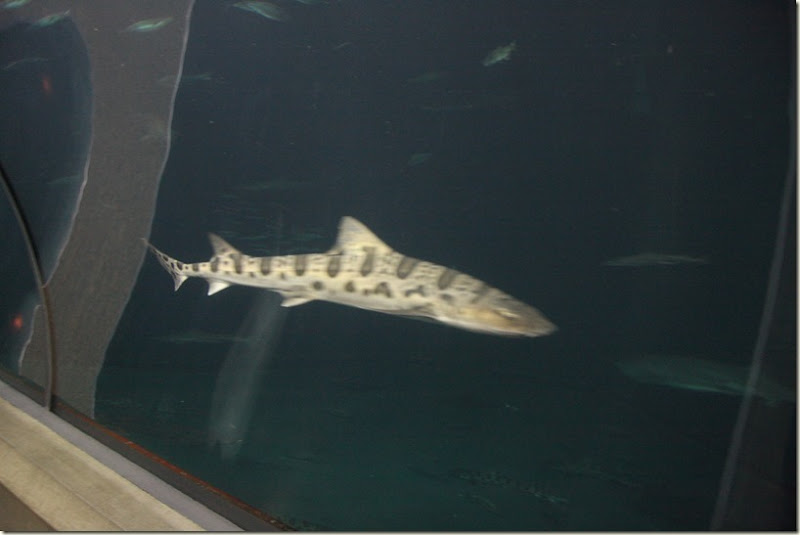 We got to the aquarium early expecting it to be fairly empty but there was a huge school group. The tunnels were quite crowded but the kids left after lunch. 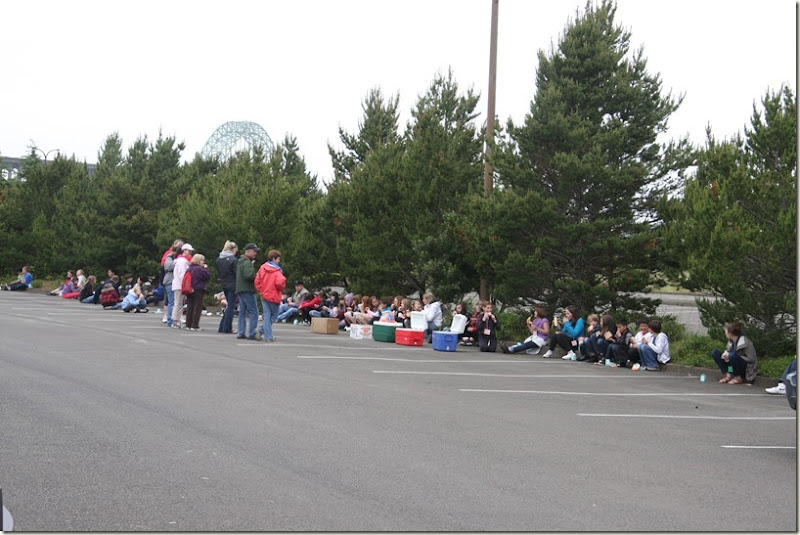 Because of the reflections, to look through the floor you had to bend down and shade your eyes to see through. I heard one of the kids say the floor tasted like strawberries. Everybody in earshot was suitably grossed out.

We went back to the tunnels after the kids left and practically had the place to ourselves. We spent about an hour just sitting an staring. They had some eerie music playing and it made for a very serene experience.

One of the other exhibits was to stick you head up in a bubble in a tank filled with piranhas. 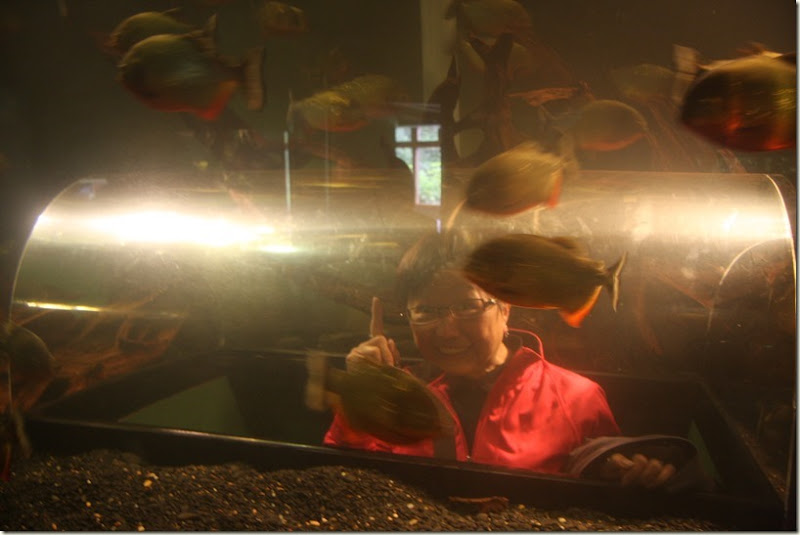 We ended up taking so many pictures (most of which were blurry and discarded) that both cameras ran down their batteries. 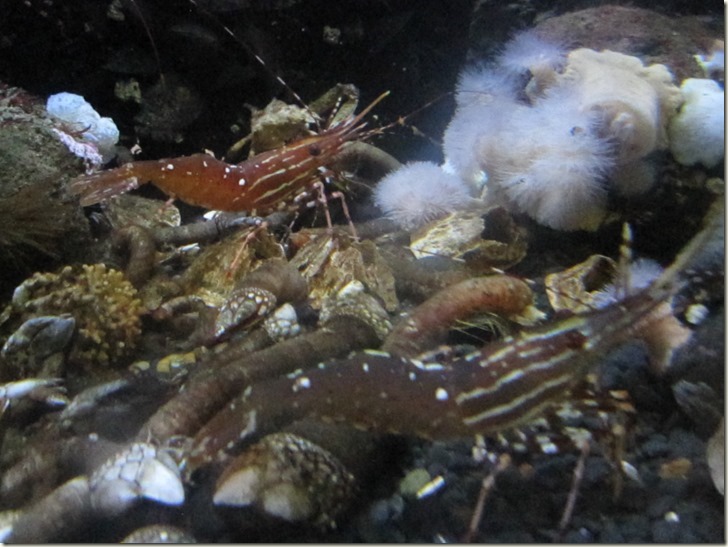 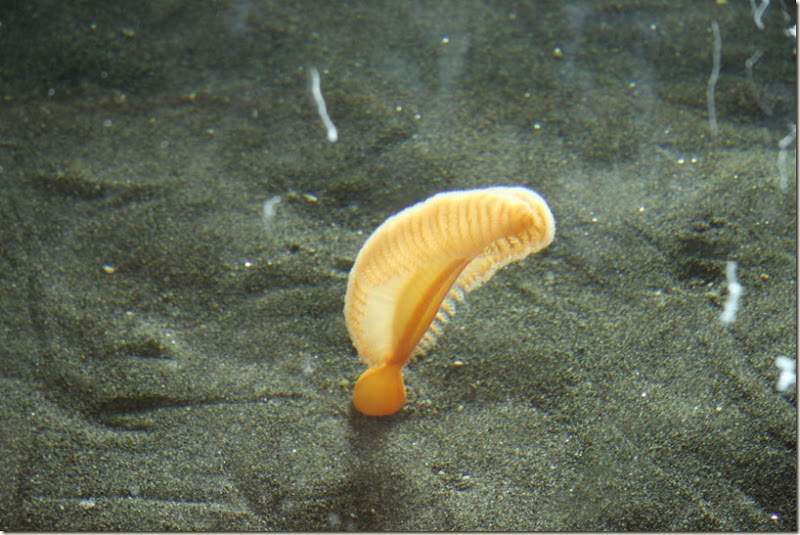 Always end at the gift shop. 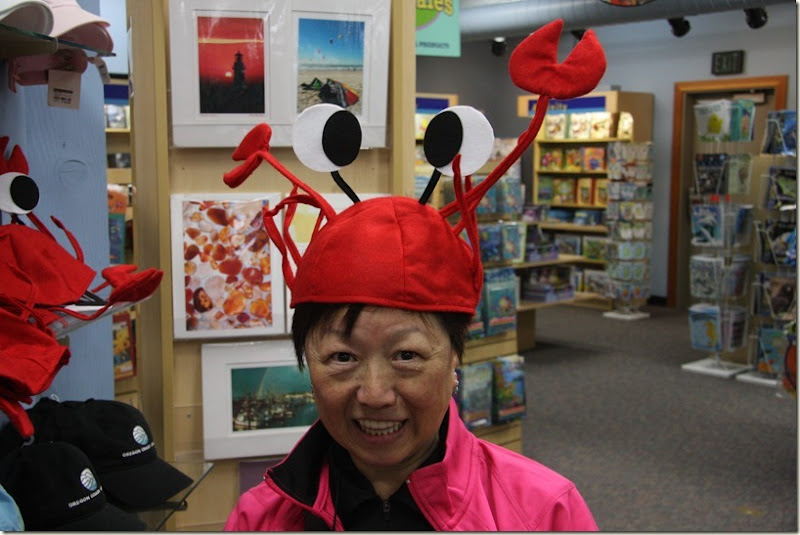 On the way home, since we like lighthouses, we stopped at the Yaquina Bay Lighthouse. We only stayed a short while as it was basically as house filled with period furniture. 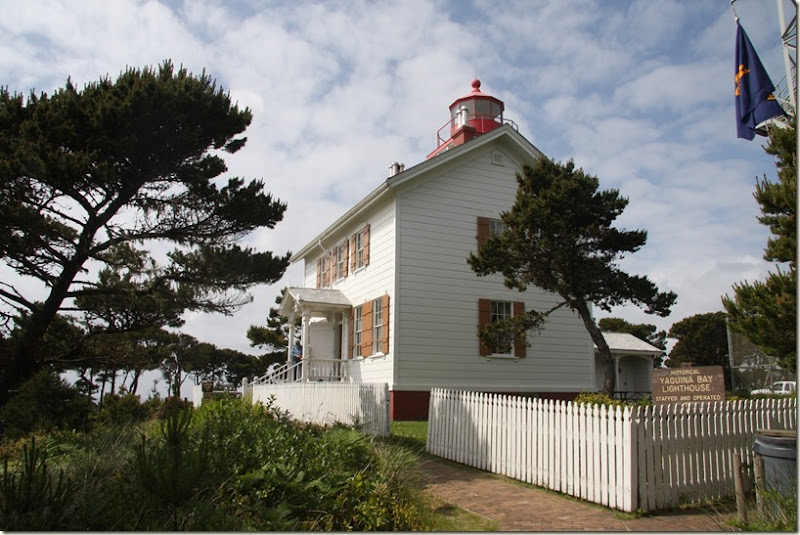 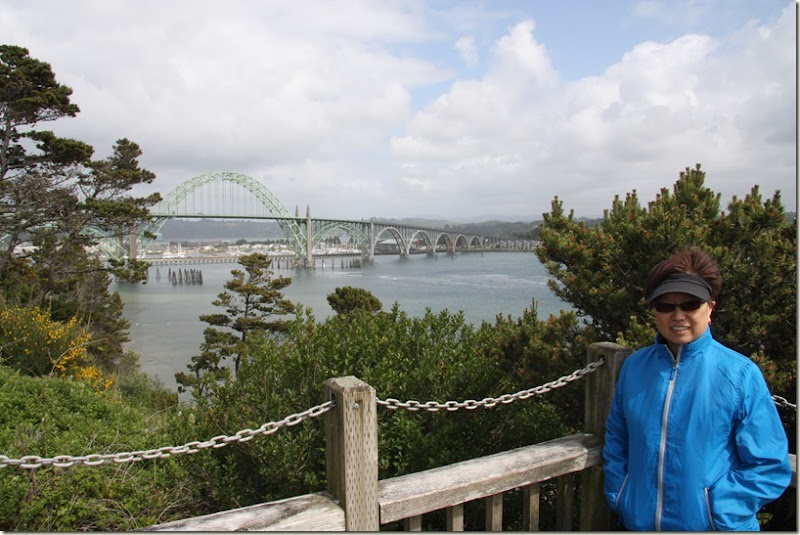