Another nice day so we headed back north to pickup where we left off. We have been hitting just about every state park along the coast. Oregon is wonderful that way. Every interesting place seems to have a state park around it.

We started at Port Orford Heads State Park. This used to be a lifeboat station. There was a restored lifeboat and an interesting museum about life in the station. The station is up at the top of the headlands, I guess so they had a good view, but the boat and boathouse were down a 500 step staircase.

Somebody local must have been a model maker because the museum was filled with very good models of  lighthouses and ships. Of course we took pictures of the models of lighthouses we had visited. 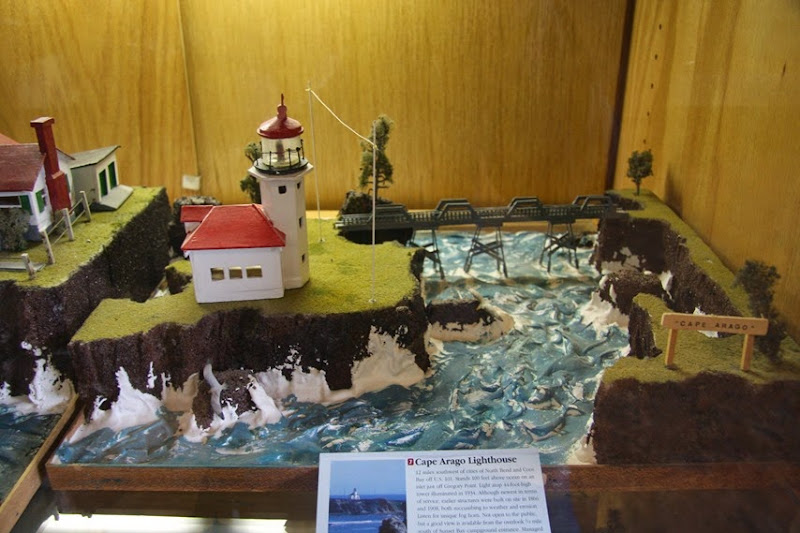 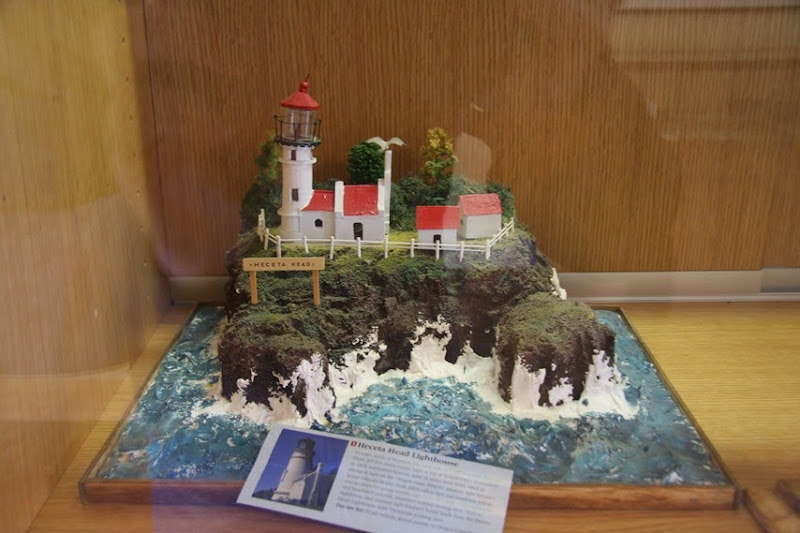 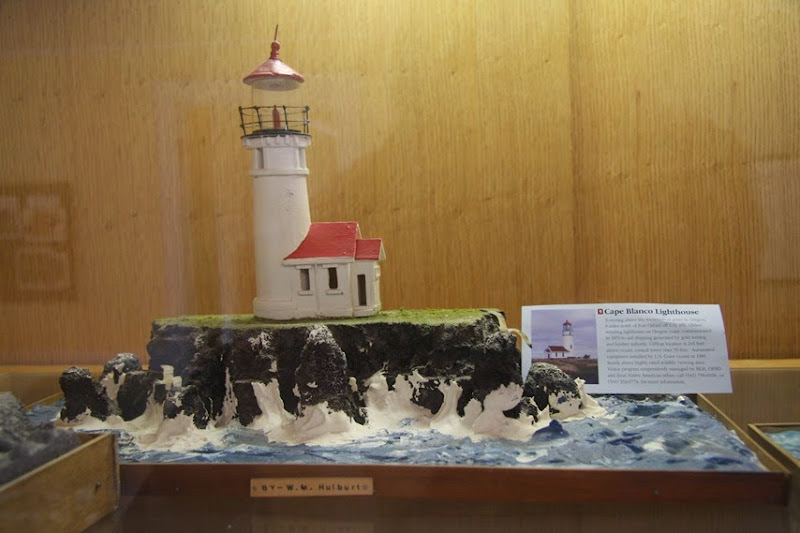 We took a trail that circled the headlands and had lunch at one of the viewpoints. 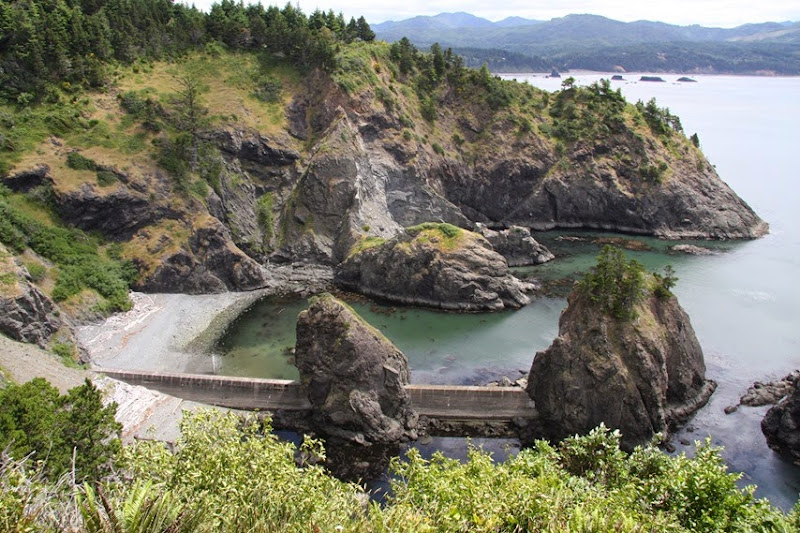 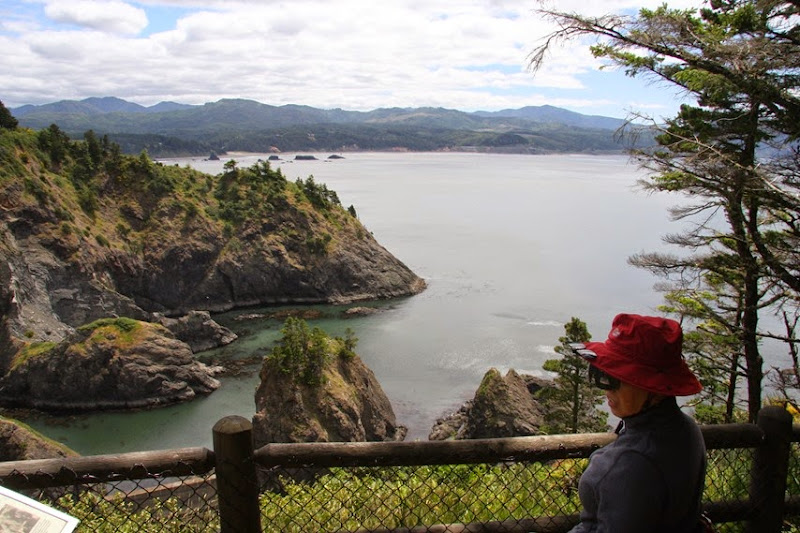 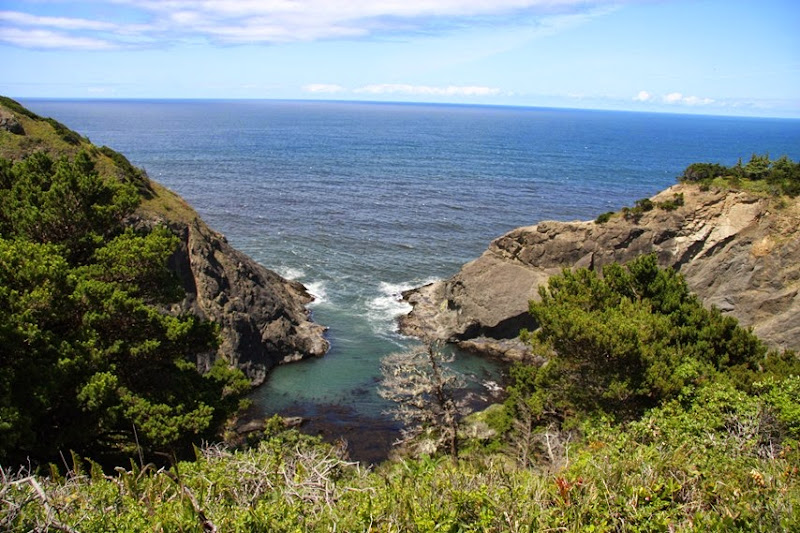 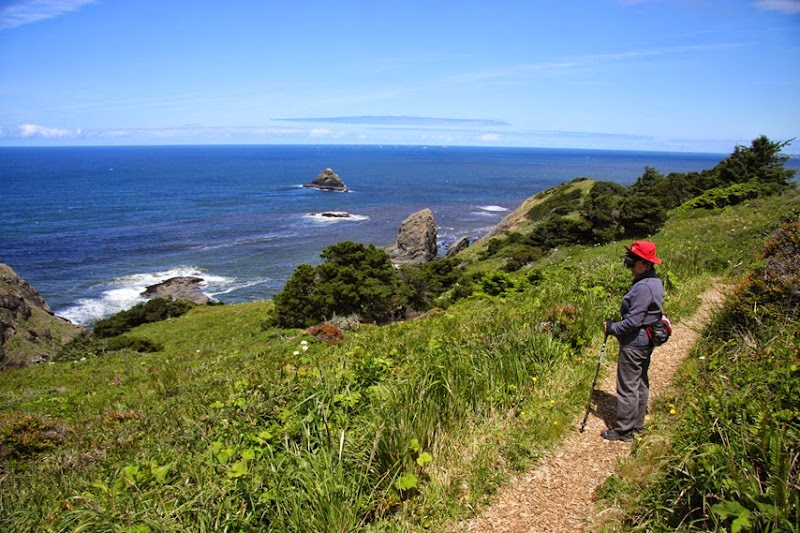 The point off in the distance in the picture, below, is Cape Blanco from the other day. 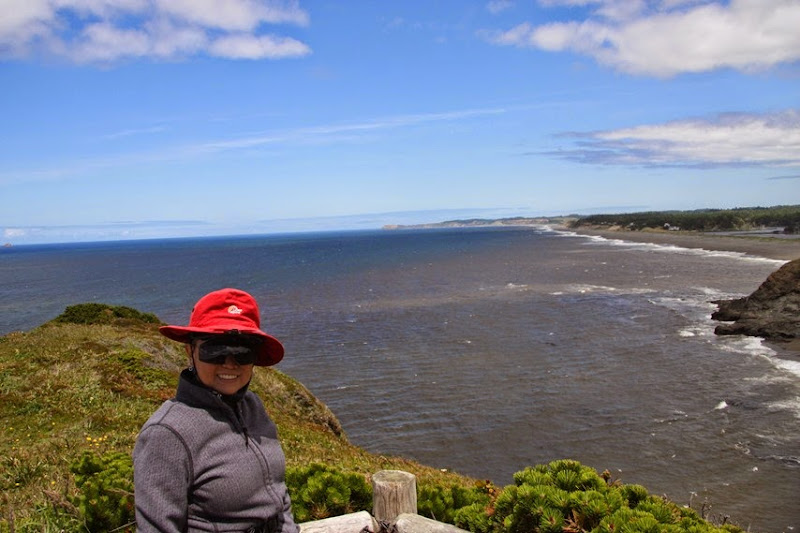 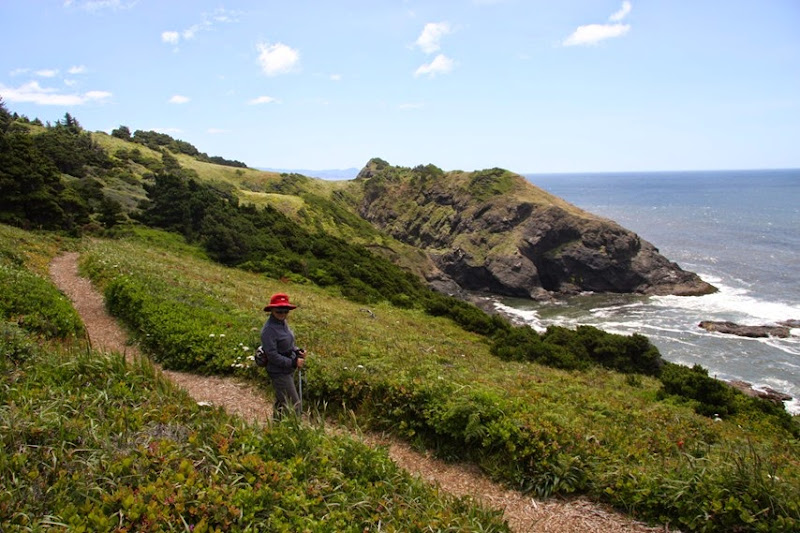 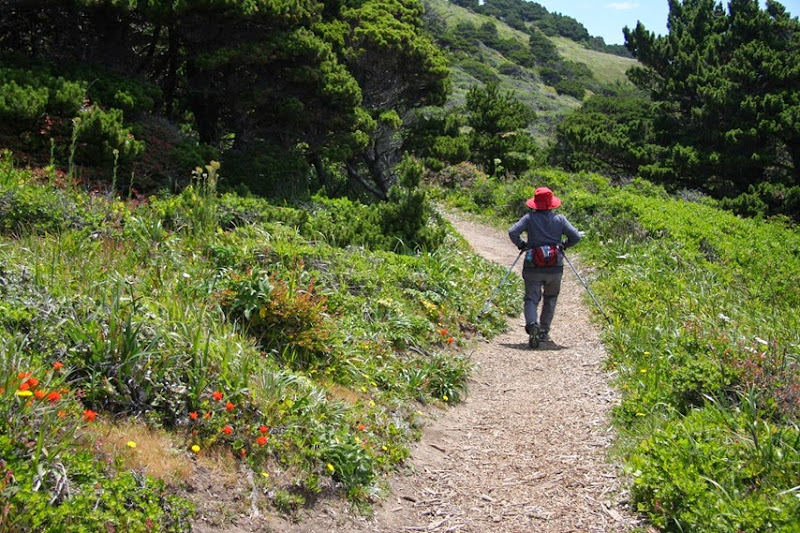 Next it was off to Humbug Mountain State park. We declined to do the Humbug Mountain trail (1700 foot vertical in 3 miles). Instead we took a short trail that took us 400 feet up to a lookout with a nice view over the highway, ocean and the mountain. 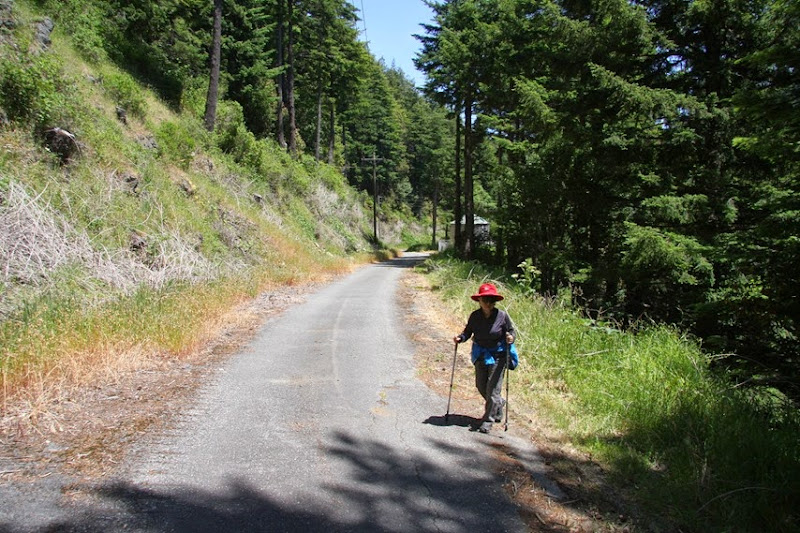 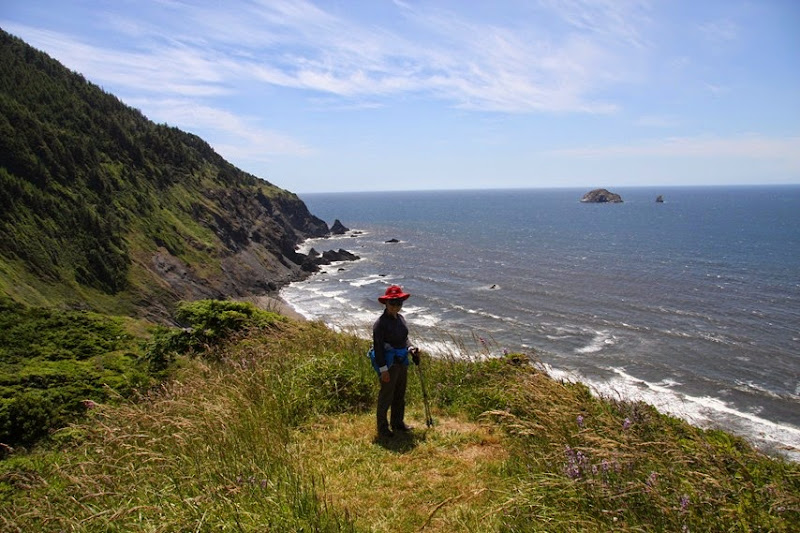 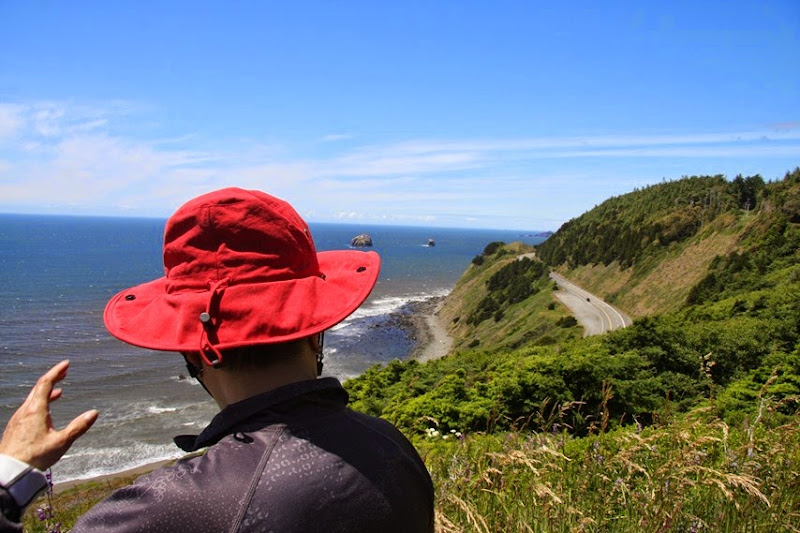 The wind had been strong all day but back at the RV it was really rocking and rolling out in the exposed campground. We had to retract with windward side slideout because the awning over it was just making too much noise.

After dinner we went over to the jetty to watch the surfers.  It was a slightly offshore wind so every time a wave broke you got a huge spray of water back out to sea. 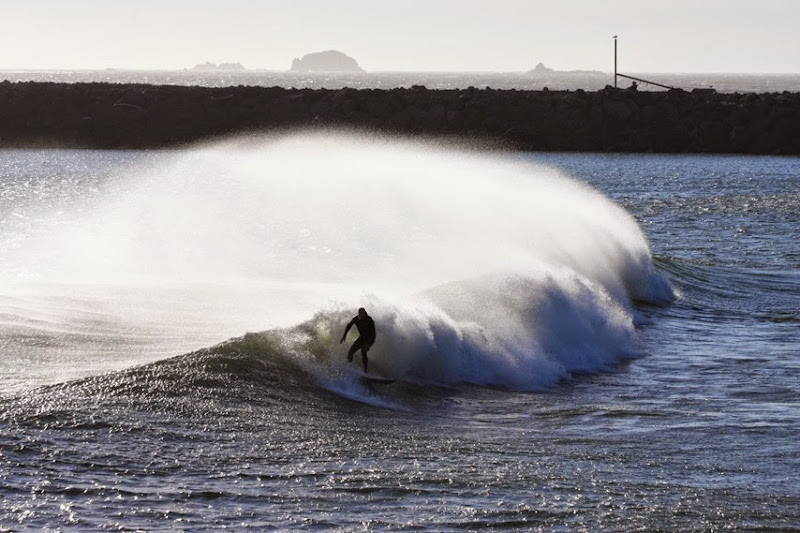 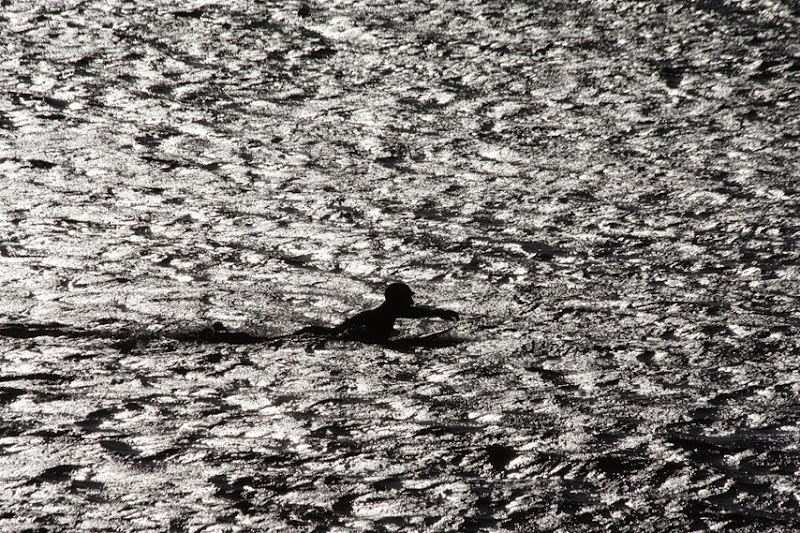 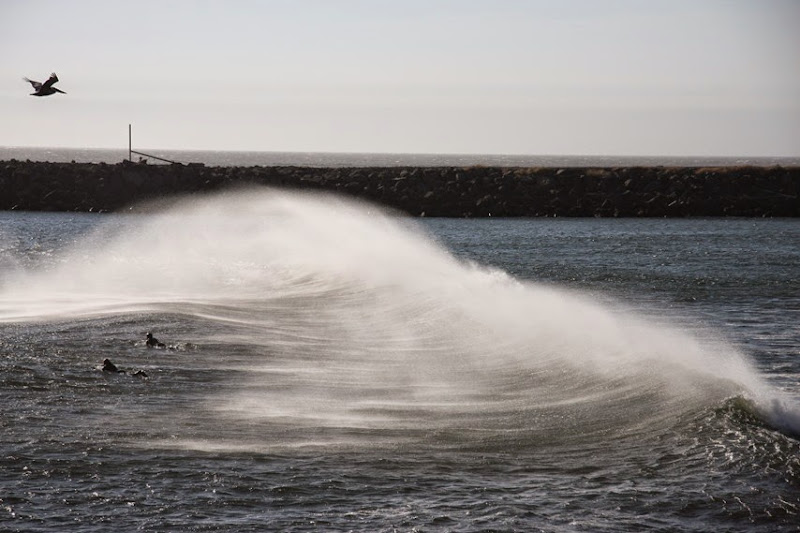