It is cool and a fine mist is showering the area. We had our heart set on going to a Farmers’ Market and very disappointed, as it was advertised but they do not commence until July, so we are out of luck today with nothing else planned for the day. Not that we are overly concerned about having a down day, especially since the weather was not exactly conducive to outdoor weather activities and we are trying to be flexible.

We drove to Bandon looking for the market and since we did not pack a lunch, we wandered around until lunch then went to the Bandon Fish Market. There was a line-up at the door that spoke well of the establishment. The Pacific Cod fish & chips were the best that we have ever had ($9.95). The chunks of fish were plentiful and thick with no breading; very tasty. The chips were good too and there was not much residual grease in the box after we wolfed down the food. The clam chowder was the right texture, nice flavour but not much clam in the soup as the bits were too small. The shack was busy and with the rain, there was nowhere to sit inside so we went to our car to eat.

We drove out to the end of the peninsula in the state park we are staying in to explore a bit. There was a small lighthouse which we checked out. 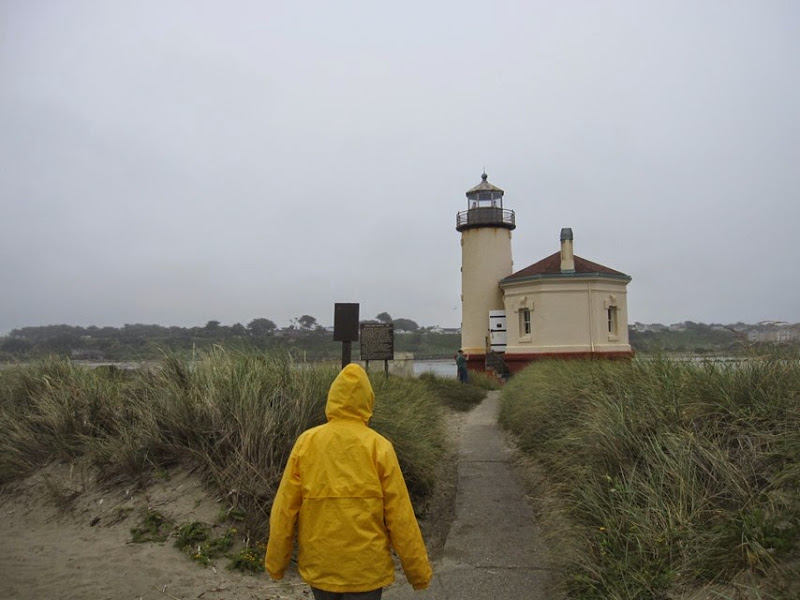 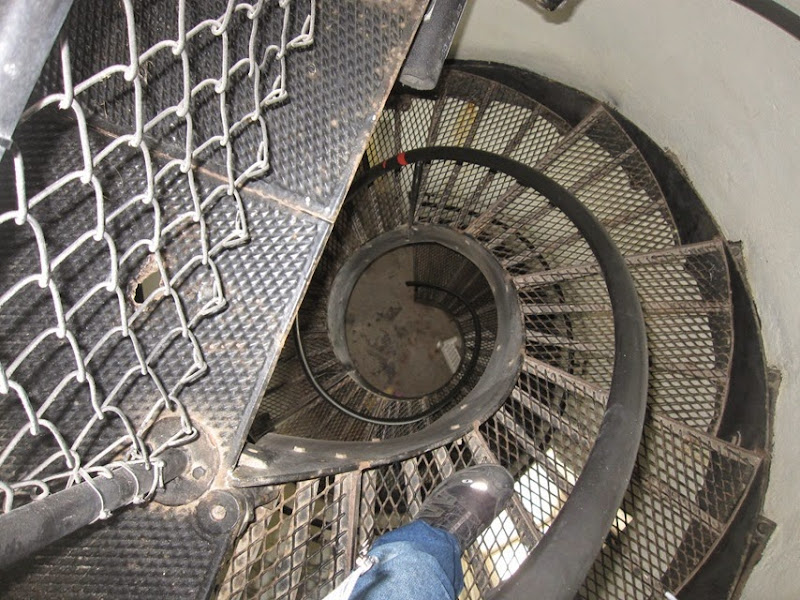 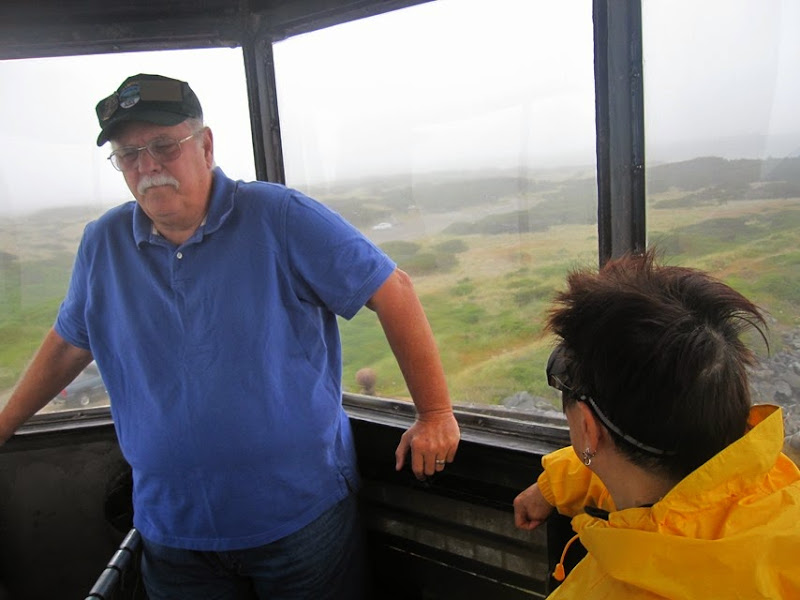 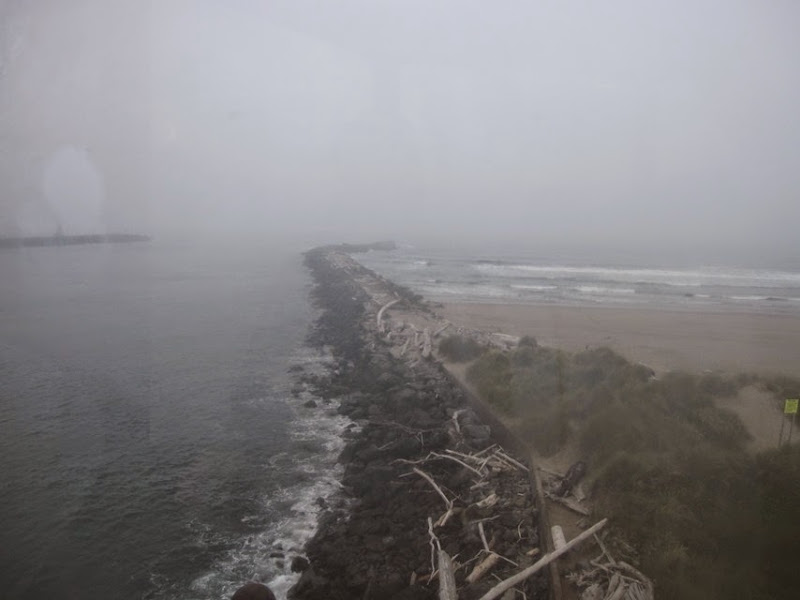 Mostly we walked out the jetty that was protecting the nearby river entrance to watch the waves crash in. 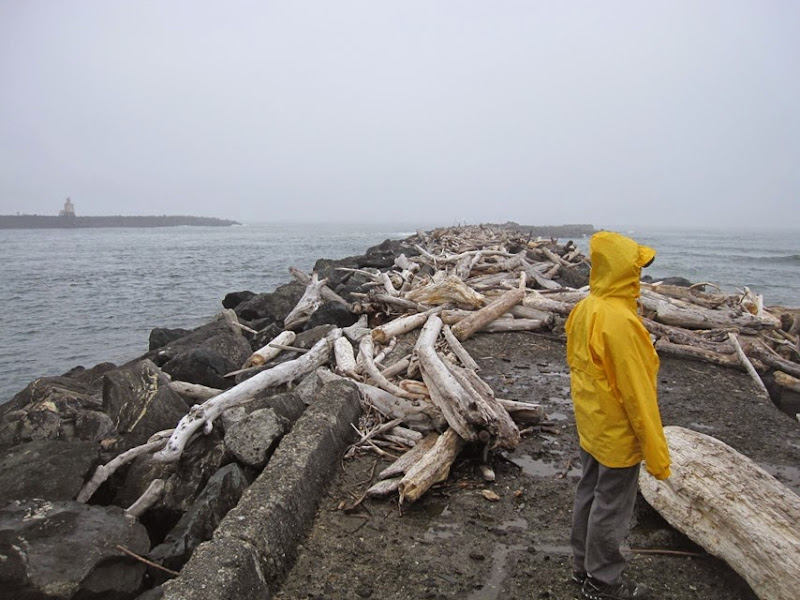 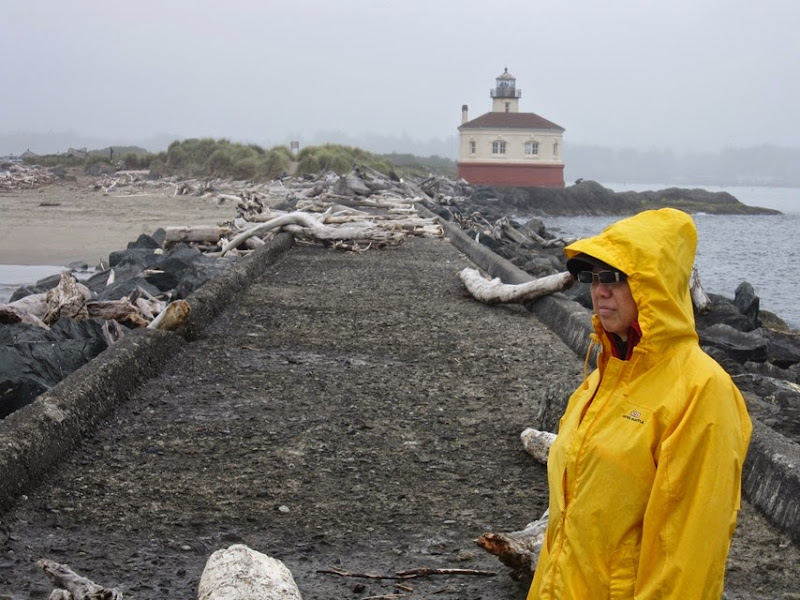 We saw some unusual surfboarders. They had paddles with long shafts and a small blade. They didn’t swim out to catch a wave but stood up on the board and paddled out. I guess it kept them out of the cold water more than if they had to swim. You could only do this in small waves as any large ones knocked them off. I didn’t have my telephoto lens with me so they are kind of small in the picture. 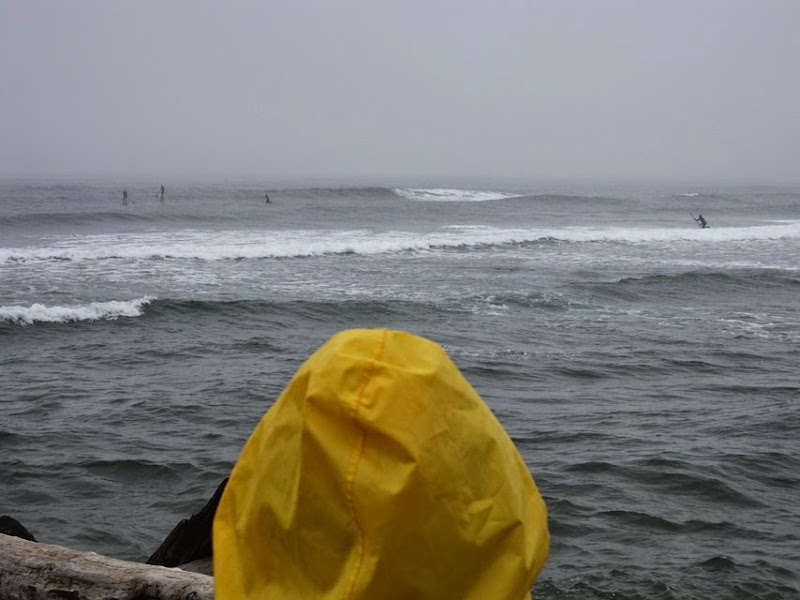