It is day 30 since we left home. It is a bit cooler, 14 C, not quite sunny but nice and not the scorcher at home.  We went a bit south to Seal Rock State Park. We did not see any seals here today so we are guessing that someone thought the rocks look like seals. There were some interesting formations. 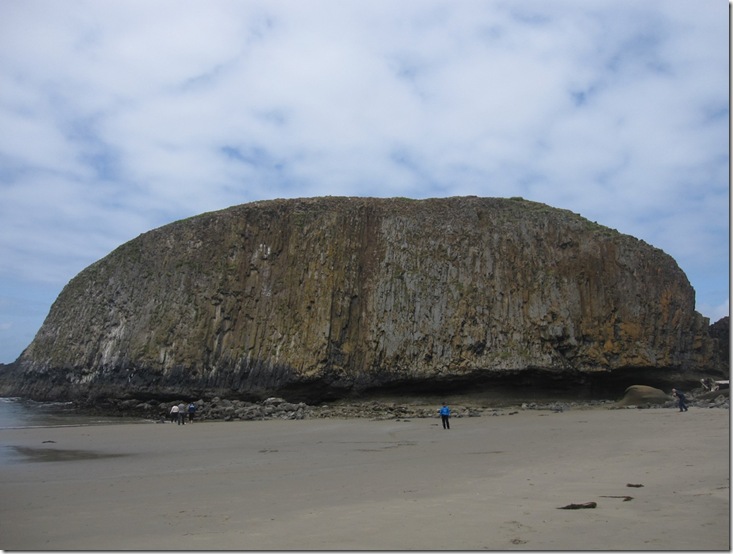 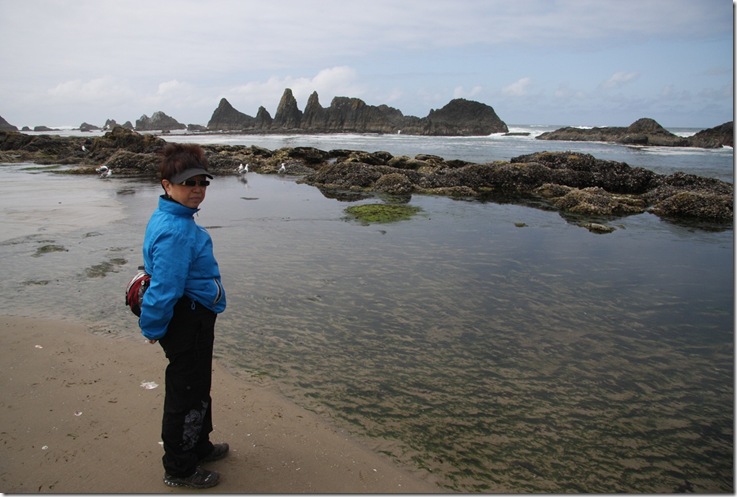 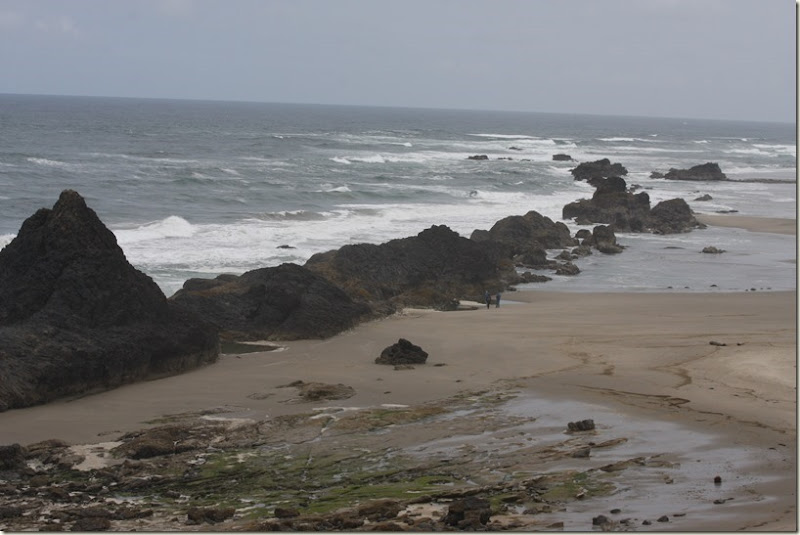 As it was almost low tide we also explored some tide pools. LOTS of mussels and barnacles, sea anemone and a bunch of large squishy looking star fish. 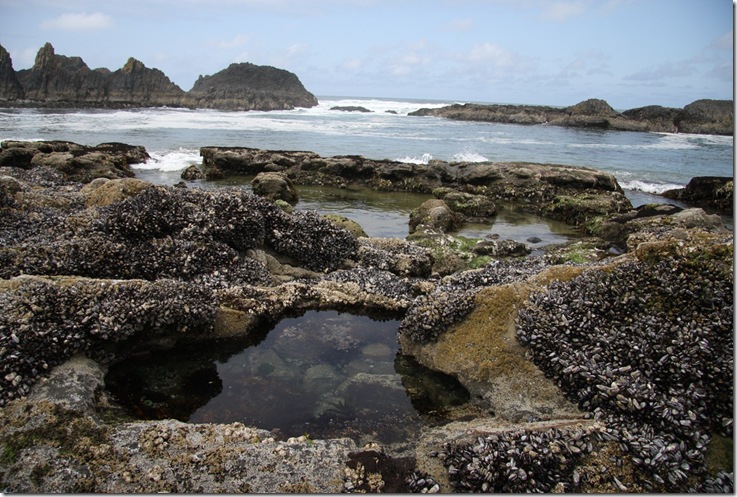 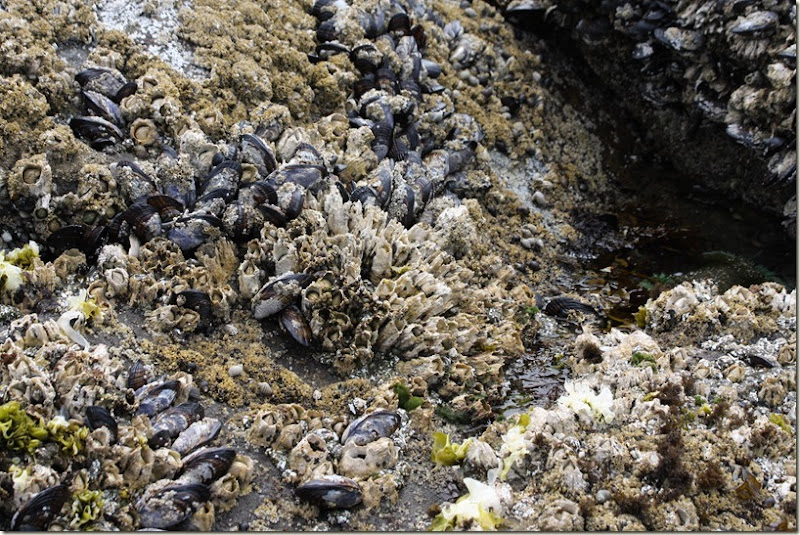 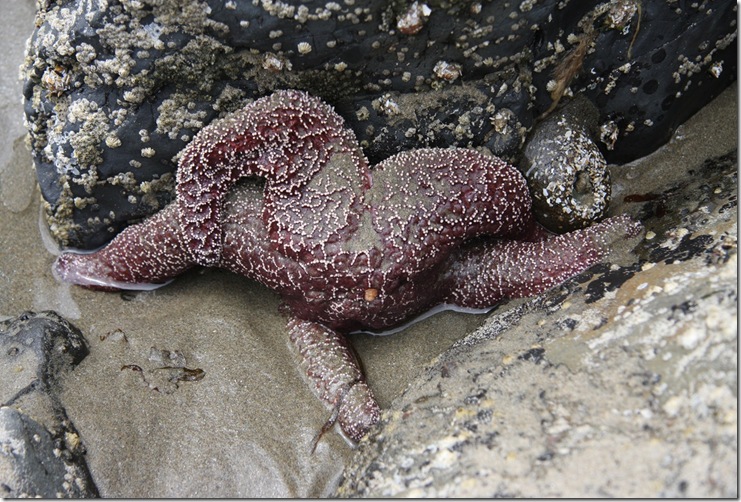 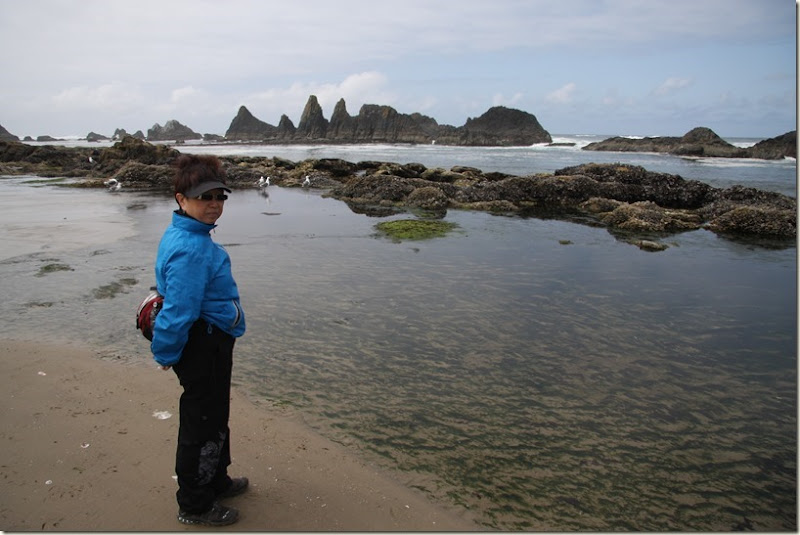 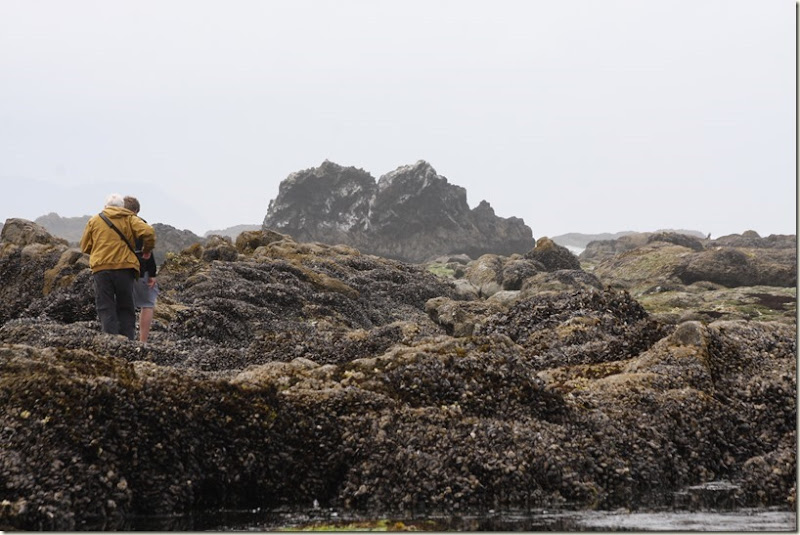 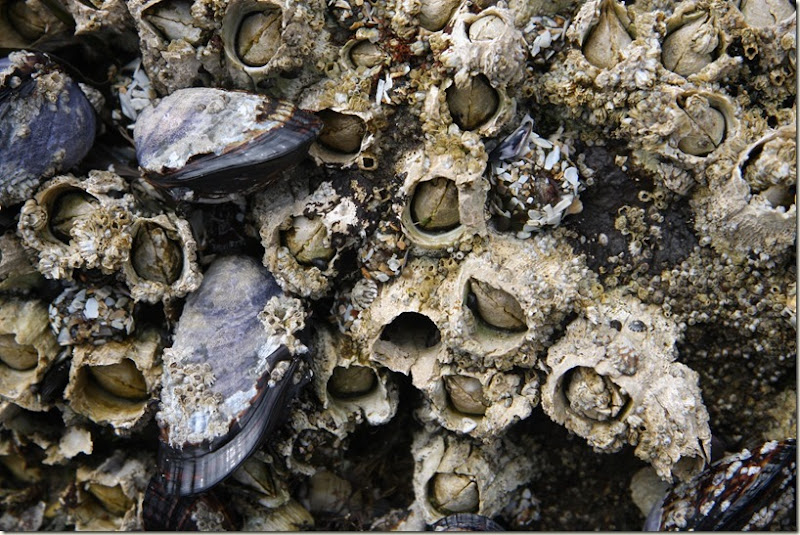 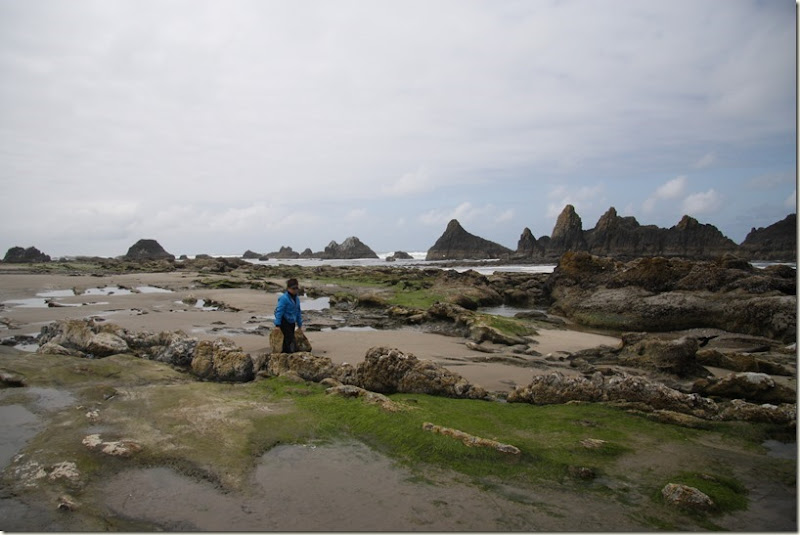 We stopped at Ona Beach State Park for a picnic lunch staring out at the waves,  It is nice to have sun, sea, sand and surf all to yourself, even for a brief moment. 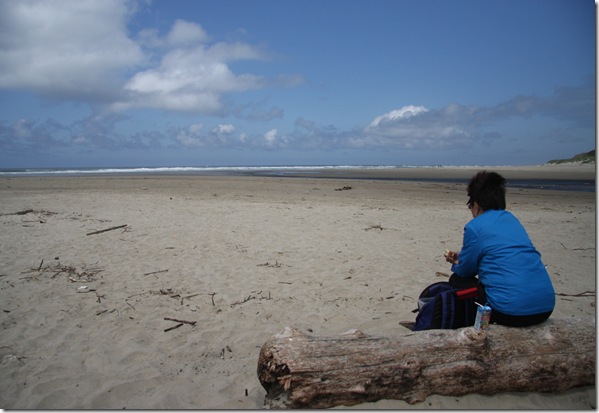 We drove back across this beautiful bridge to spend the afternoon back at the “Yaquina Head Outstanding Natural Area” surrounding the lighthouse we visited earlier in the week. 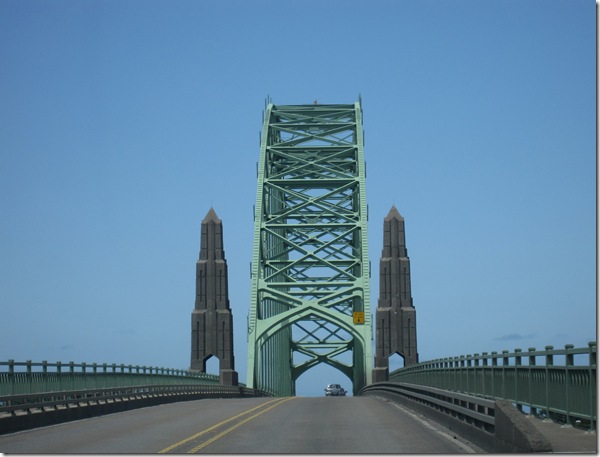 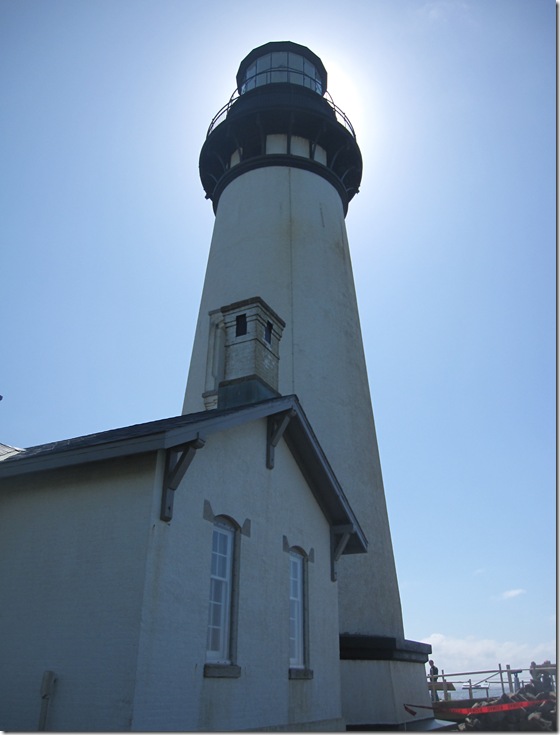 Part of it used to be a quarry that the Bureau of Land Management, that runs the site, tried to turn into artificial tide pools that were easily accessible but nature took over and filled everything with sand. All of the signs and brochures have crossed out sections about the pools. There are real tide pools at the site but to get to them you had to go down about 50 steps to the beach so I guess most people didn’t bother. 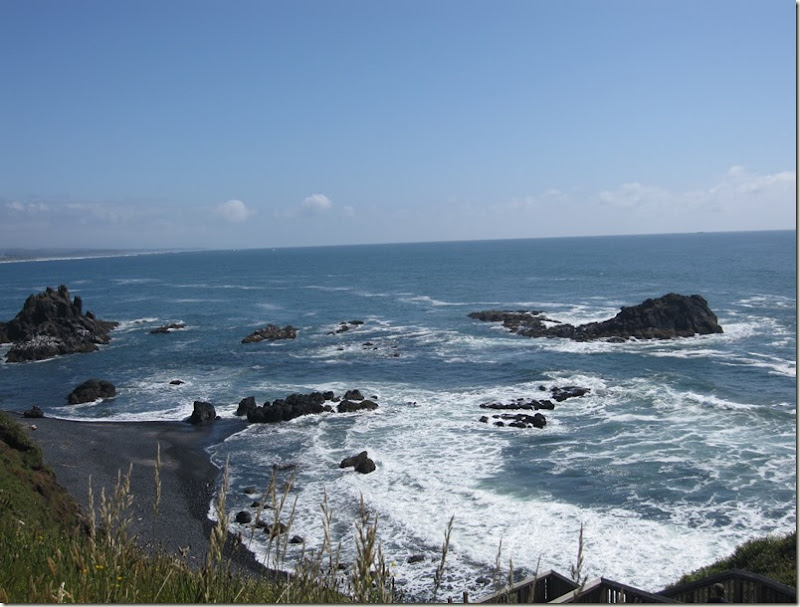 We went down to a very interesting beach. It was made of what they called volcanic cobbles. They were formed as the black lava from the inland volcanoes hit the sea and broke up. The rock was eventually worn very smooth and round. They make quite a racket, almost like the popping of fireworks, as they knock against each other when the waves crash in. 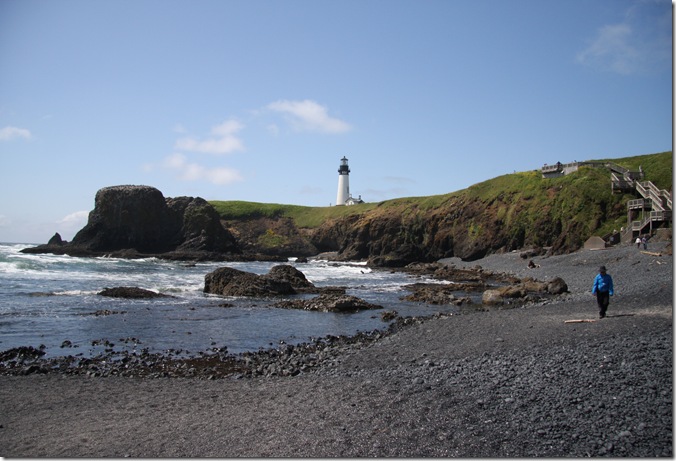 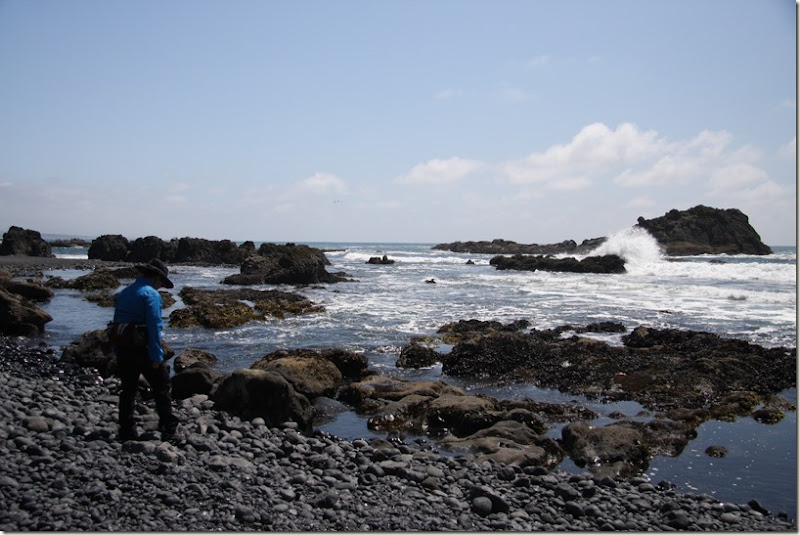 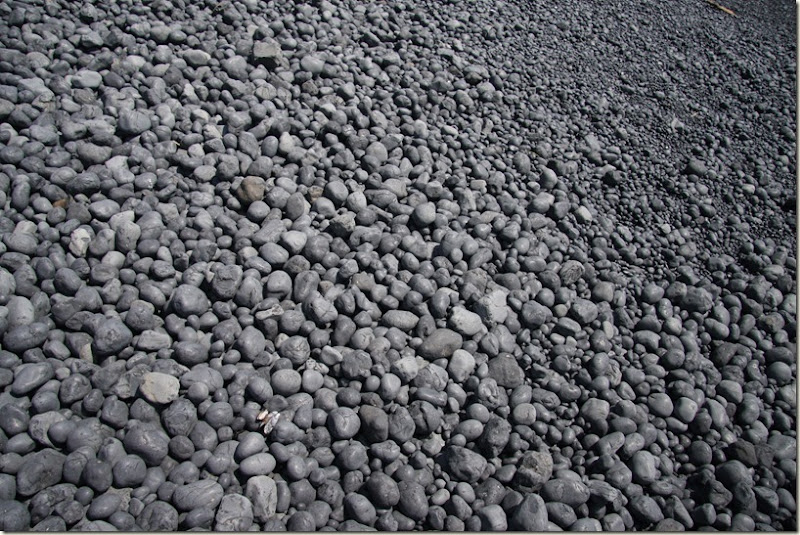 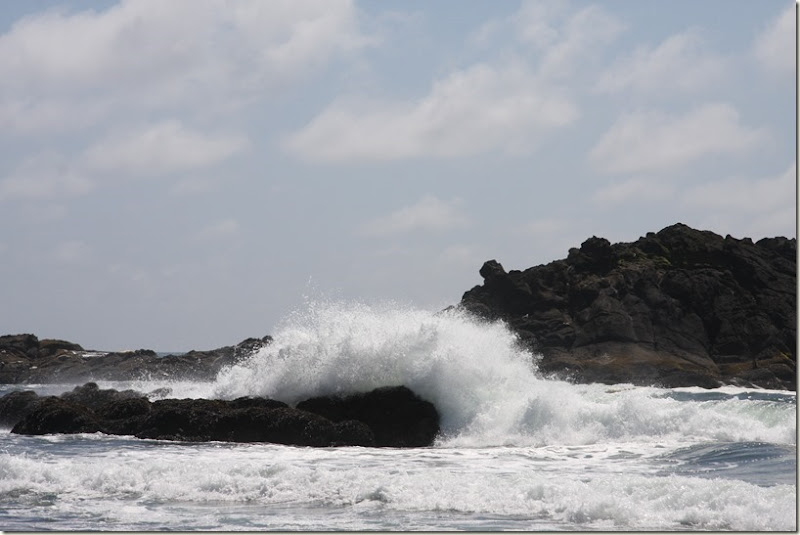 We were standing on the shore watching and listening to the waves crash on the lava cobbles when a few sea lions swam to within 100’ of where we stood, waiting for us to vacate his beach while we were waiting for him to come ashore.  His little face was barely visible bobbing in the waves.  Eventually, he and his friends swam to some other rocks far away to sunbath. 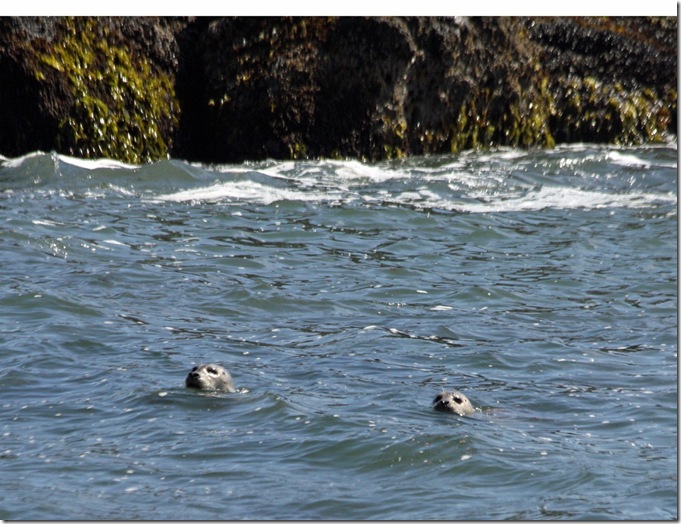 We spotted some Turkey Vultures, Brown Pelicans flying about, and the colonies of 1000’s Murres, Cormorants, Oyster Smashers, Seagulls. 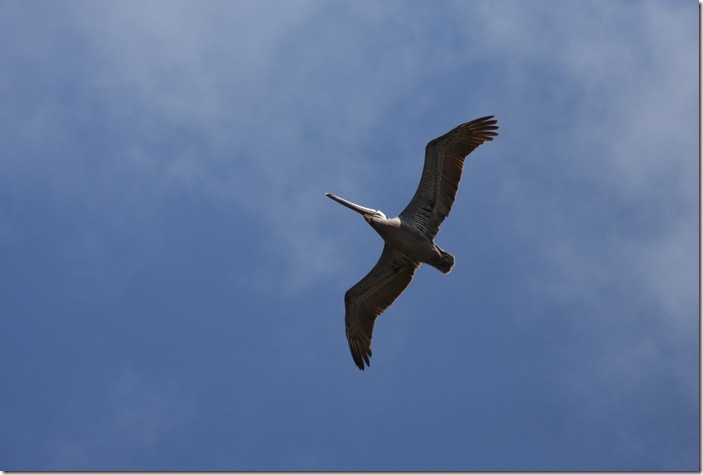 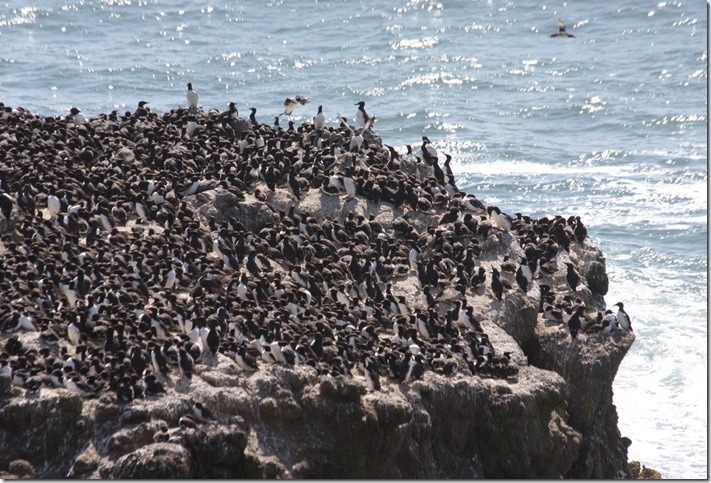 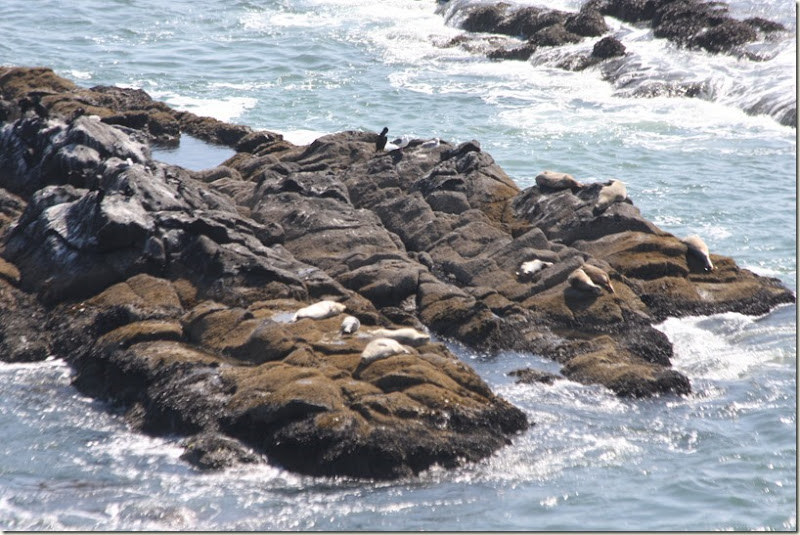 Well it was another exhausting day of reading storyboards, asking questions, doing all the touristy things, like filling our shoes with sand and water as the tide rolls in when we are looking for crashing waves, sea creatures and other wildlife.