May 11 – To Hatteras Island

Today we made the short jump via ferry to Hatteras Island.

I think I already miss Ocracoke. Whereas it was nice little village that was interesting to walk around, we are now back to “anywhere” else along the coast. The highway is just lined with the usual restaurants and beach wear shops.

The eastern end of Ocracoke Island gets very narrow and I would imagine that they have to sweep the sand off the road quite often. 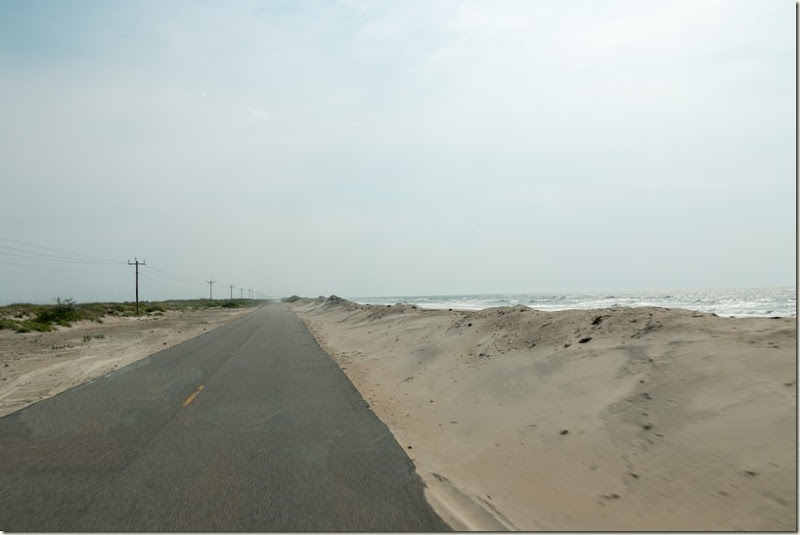 The ferries between Ocracoke and Hatteras Islands run every 1/2 hour. The trip takes about 1 hour and is free. They have 4 ferries going back and forth to keep up with the schedule.

Residents and commercial vehicles have precedence. We arrived just before the 10 0’clock ferry was loading. Just as it seemed that we were going to make in on, two transport trucks swooped in and filled the ferry. So close. 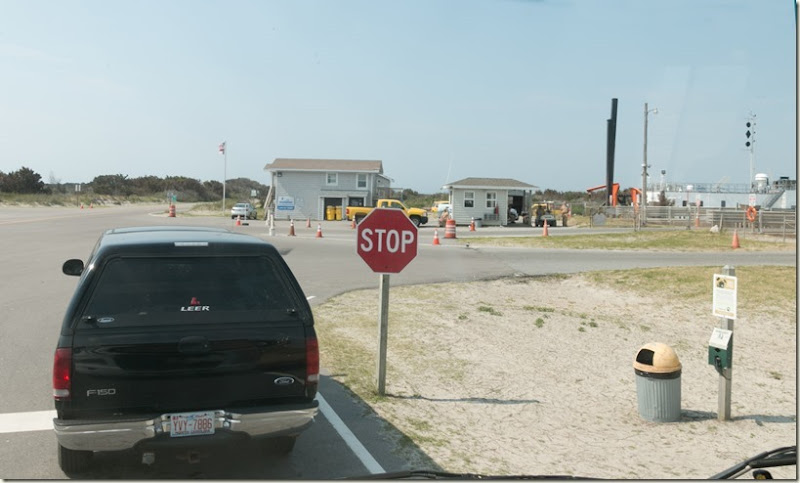 I don’t know how these guys don’t get bored. They work for 5 maybe 10 minutes every 1/2 hour loading and unloading and then just sit around the rest of the time. 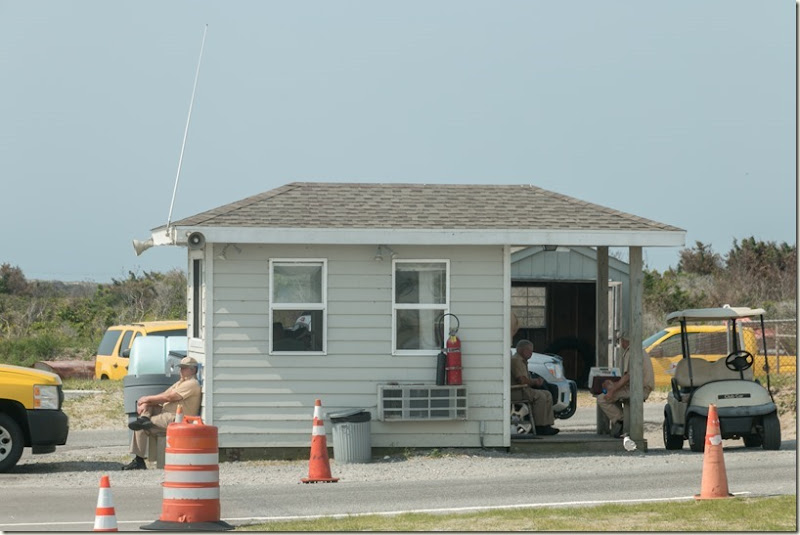 We saw this dredge heading out, with the discharge pipe looking like a huge cannon. 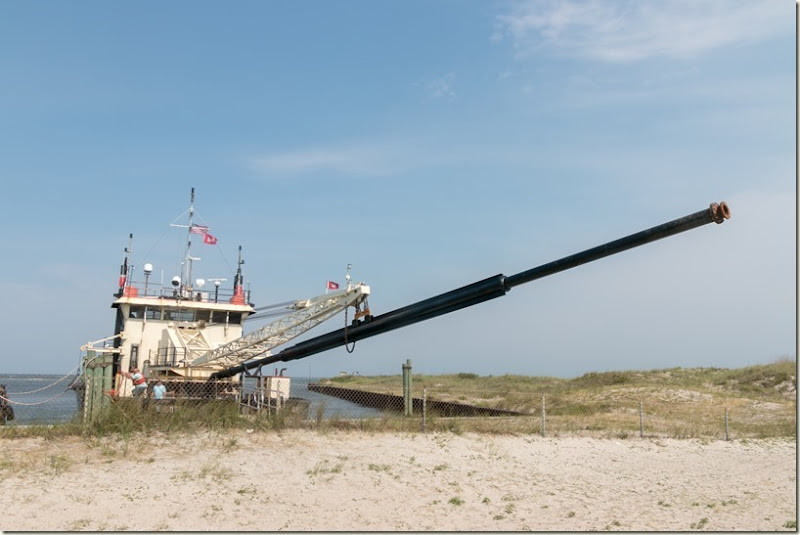 Once we were underway, we saw it in action. 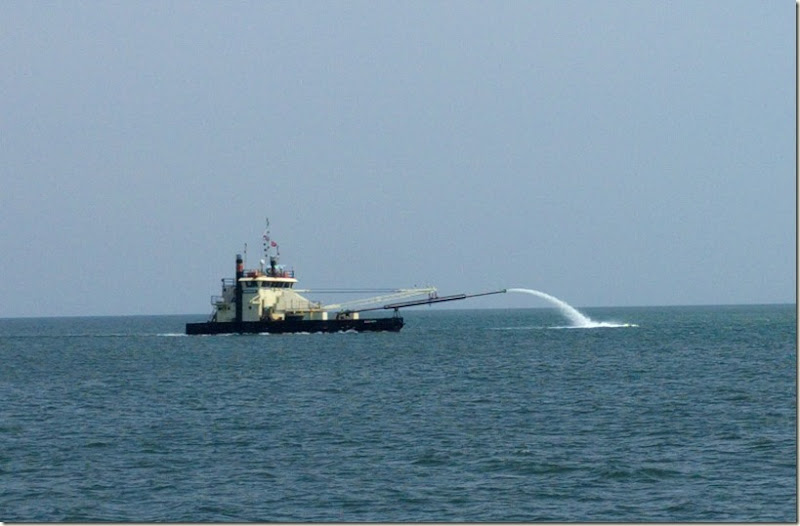 There are no direct routes from A to B here. There are huge sand bars everywhere. As you can see from the Google maps path for the ferry we had to make a big loop out and then wiggle our way along the shore following some very narrow channels.

Our ferry was not very full. 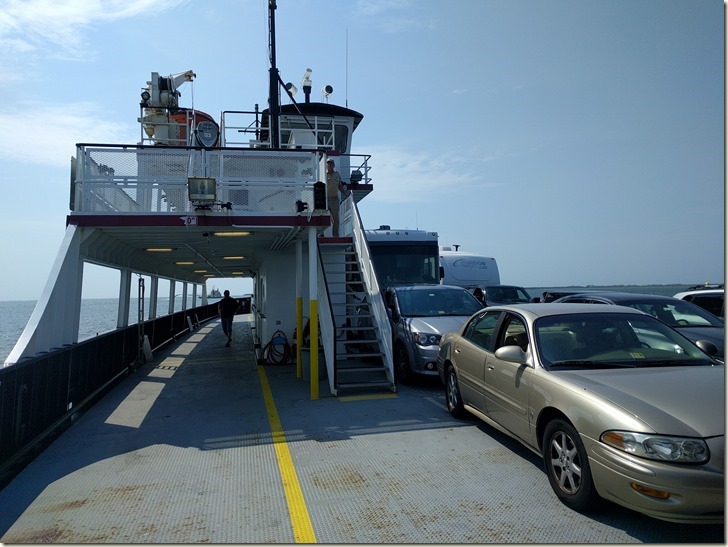 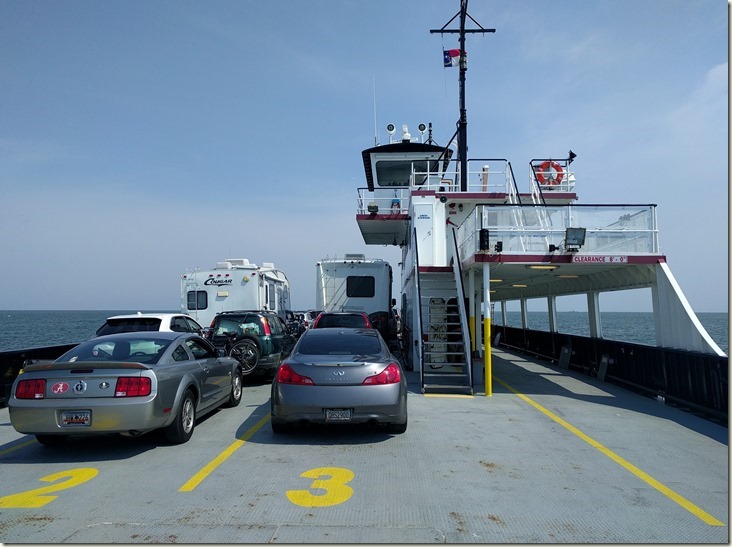 The three we passed going the other way all seemed to be quite full. I think a lot of people make day trips over to Ocracoke and come back. 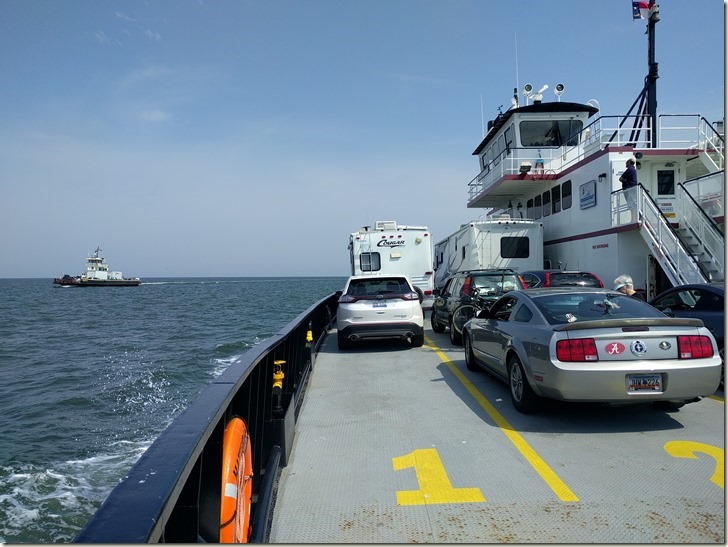 We are at another no hookup National Park Service campground called the Frisco Campground. Whereas the last one was very flat, this one is actually in the dunes and is very hilly. The ranger said that it was originally intended just for tents. Most of the sites are rather small and not very level. We just squeezed on and it took a lot of blocks to straighten us up.

You can also see how the weather has gotten greyer. We have been getting on and off sprinkles of rain since we arrived. 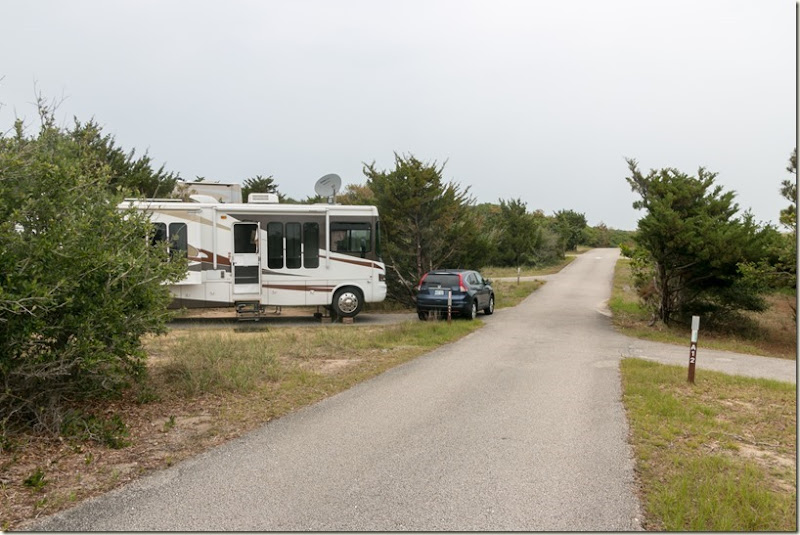 We picked a spot on the upper part of the campground. We have a bit of a view of the dunes. 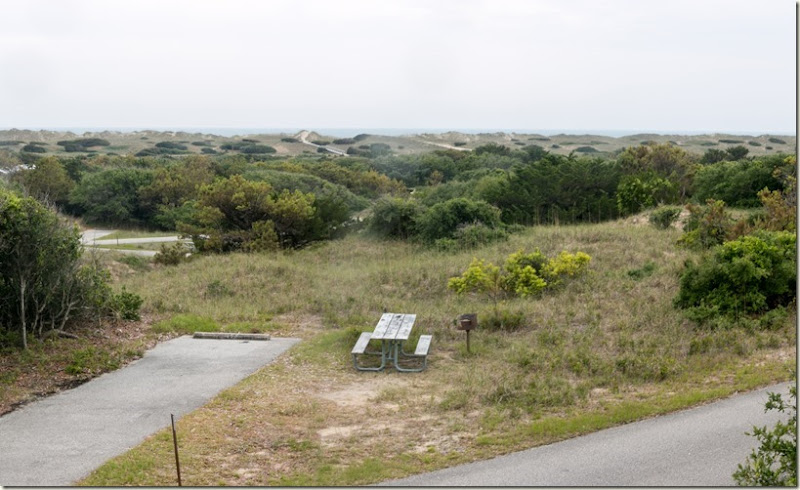 After setting up and having lunch we decided to drive around and check out the area. As I said it was a bit of a disappointment.

The main thing we want to do here is climb the Cape Hatteras Lighthouse. We stopped by to look but decided that it was too hazy to make the $8 per person climb worth it today. It is supposed to clear up on Sunday. We can hope. 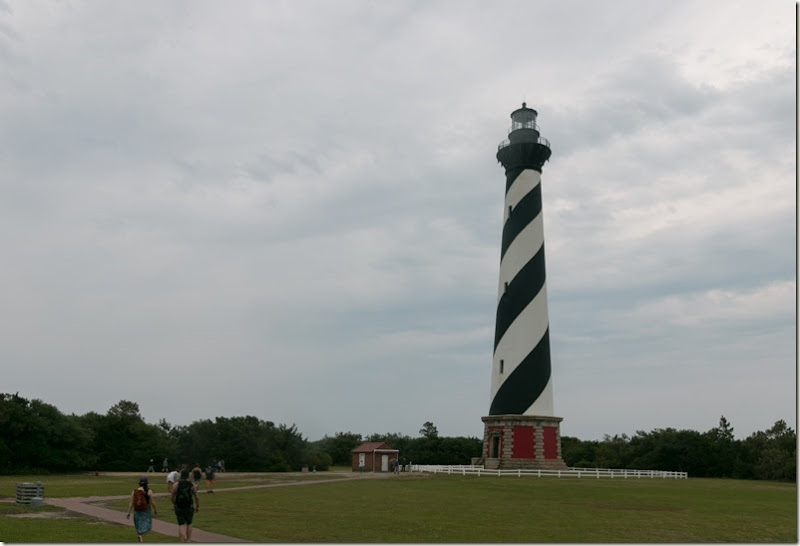 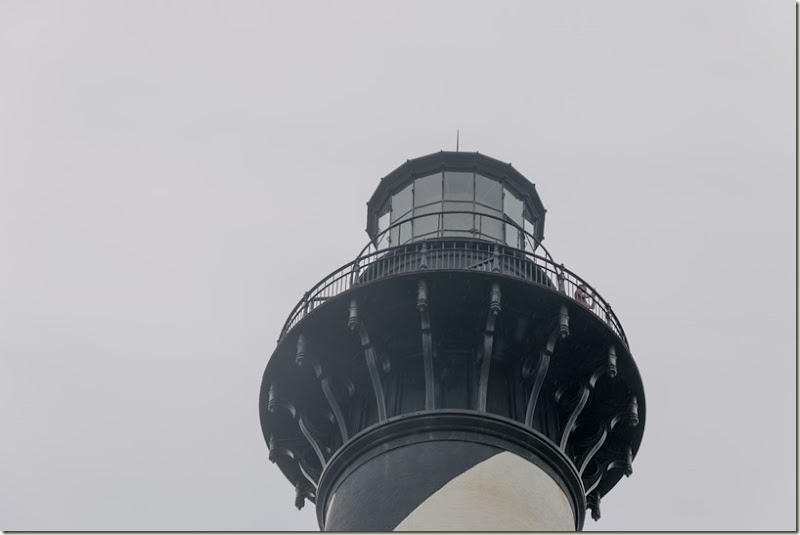 The forecast is still calling for  fair bit of rain in the next two days.