A nice sunny, if slightly cool, day. We headed into town to check it out and then went for a walk on the beach by the campground.

This is the main highway through town that leads to and from the ferry. It gives you an idea of the local vibe. 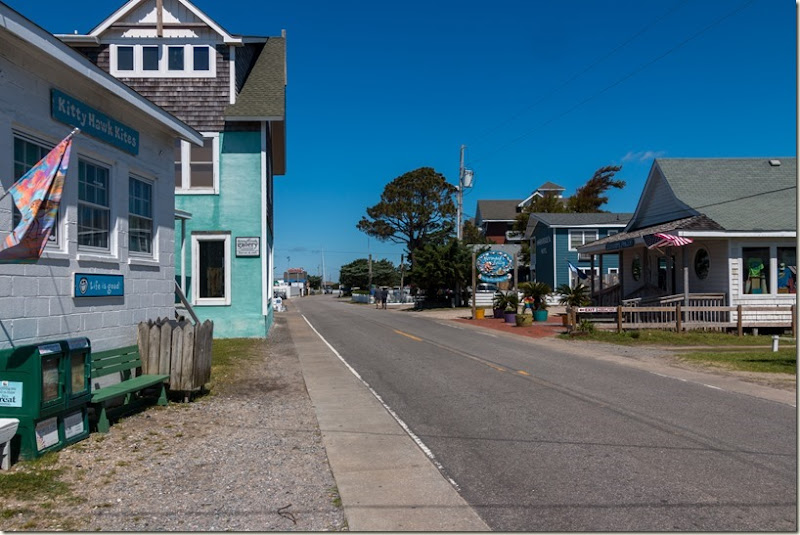 It is a very interesting place to walk around. 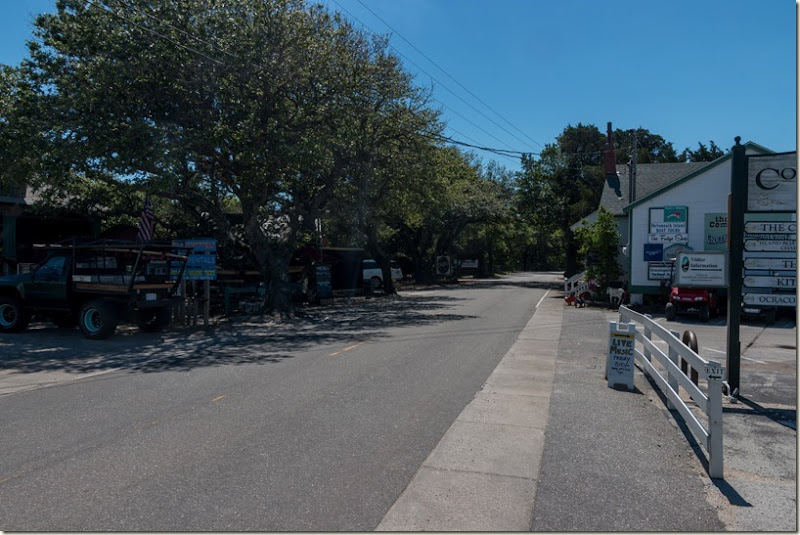 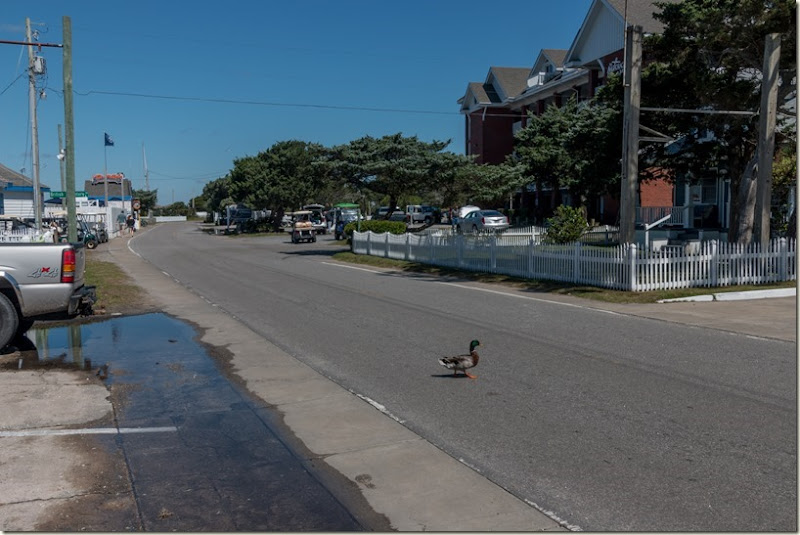 There are a few of the usual T shirt and souvenir shops but also some unusual craft stores. 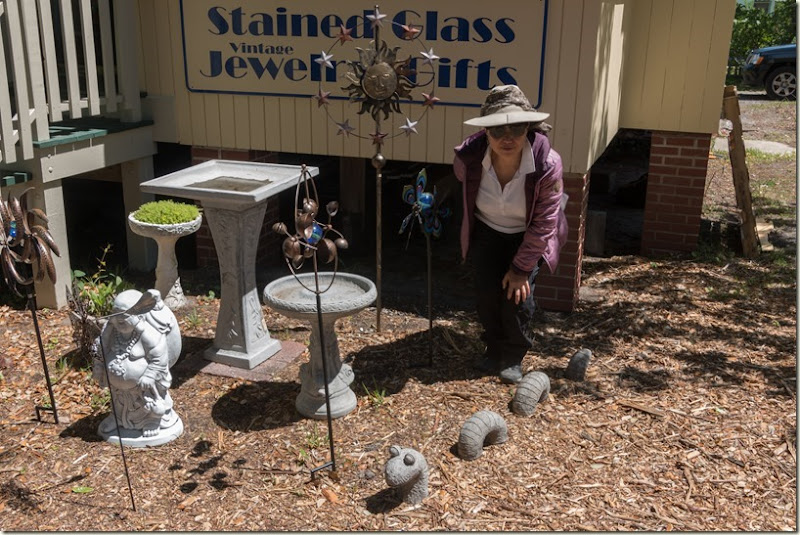 The main modes of transportation around town, almost equal to cars, are bikes and golf carts. 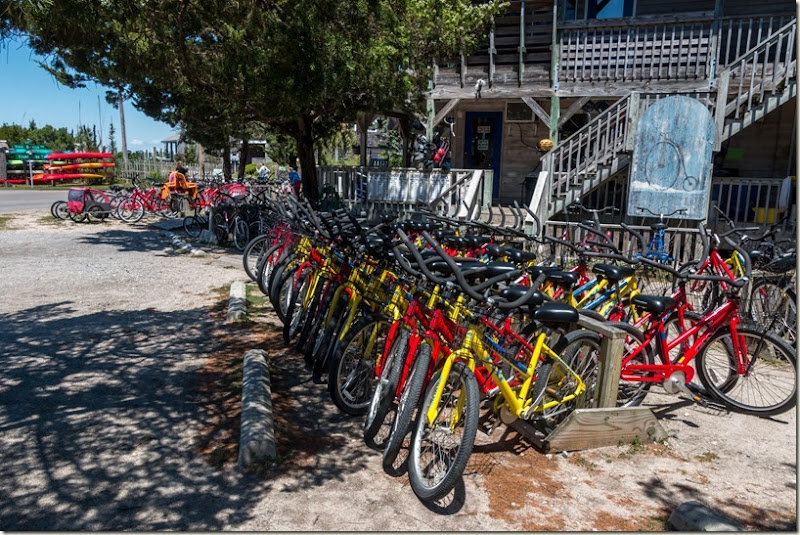 All the stores had bike racks and seemingly always a cart parked there. 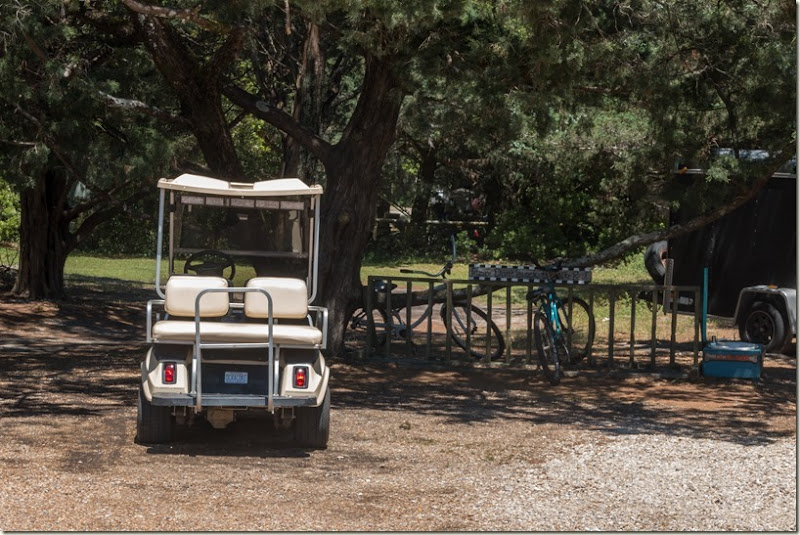 Somebody used shells to make a face on the knots in this tree. 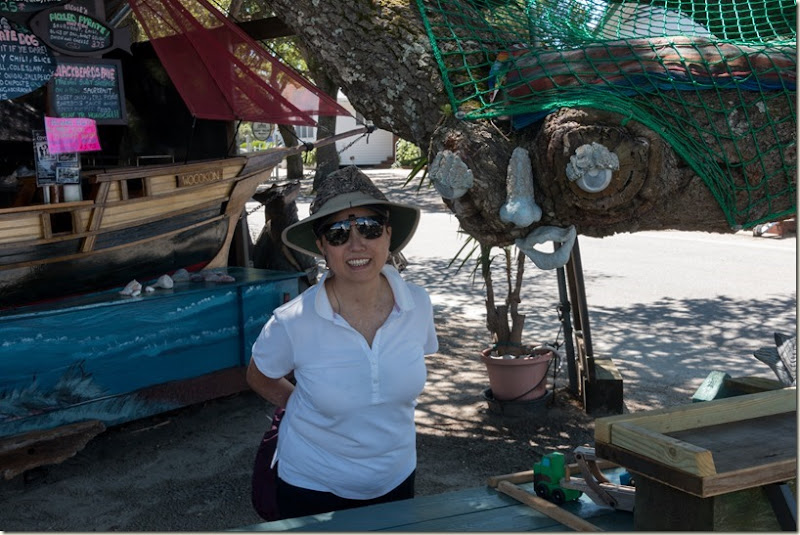 There are lots of places to eat that look like we might have to check out. We had to try this taco stand. 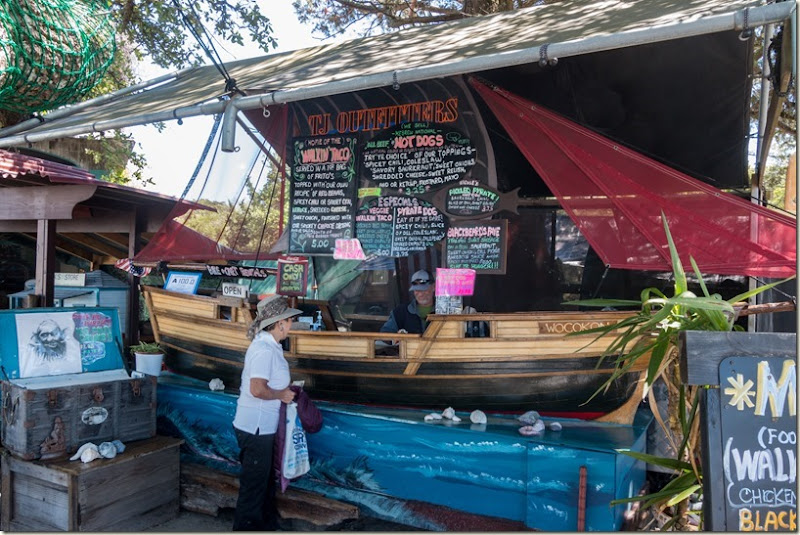 We got a Walkin Taco, which is some crushed up Doritos in a Doritos bag with all the taco fillings. Nothing to fall as you walk around. 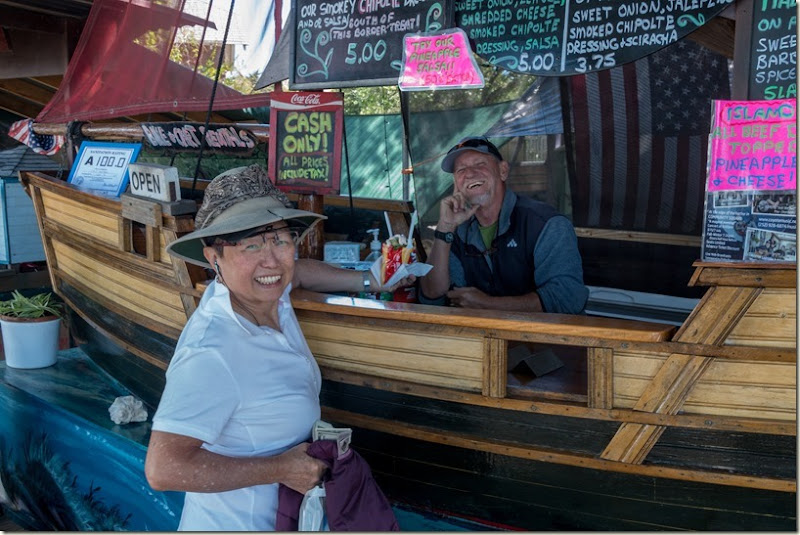 We sat though, as we were sharing it but not with this interested dog. The taco was very good. 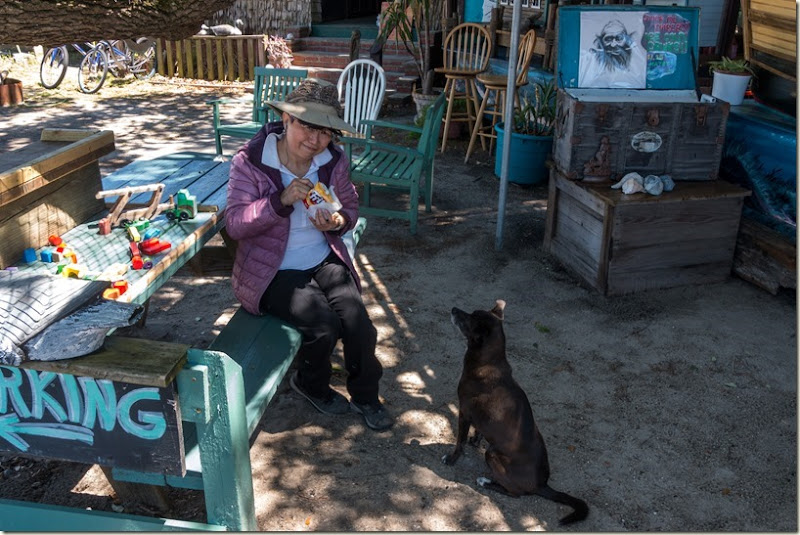 There is a lighthouse around the bay. We tried to go but there are only three parking spots and the ferry had just come in so it was full, with others waiting. 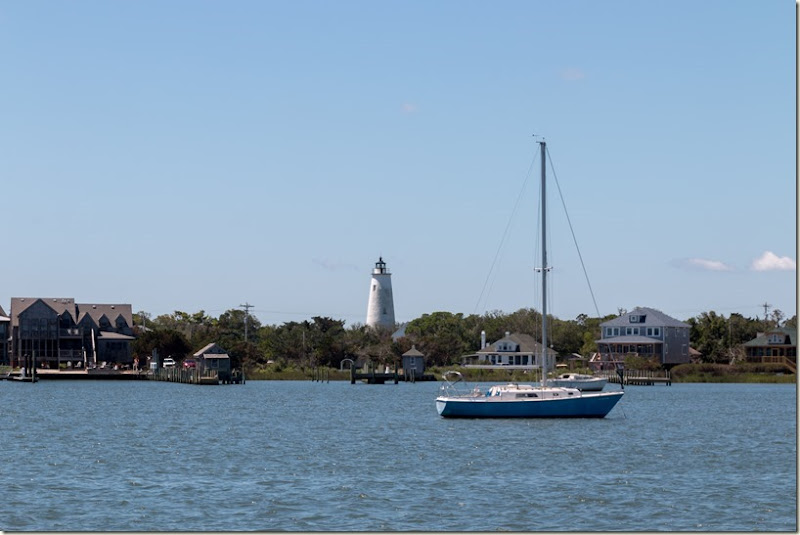 On the way home we saw a food truck, Eduardo’s, with a line up. That is always a good sign and most of them were locals. It was another taco stand. We got three grilled tuna soft tacos to take home for lunch.

In order to walk off the food we headed to the beach. 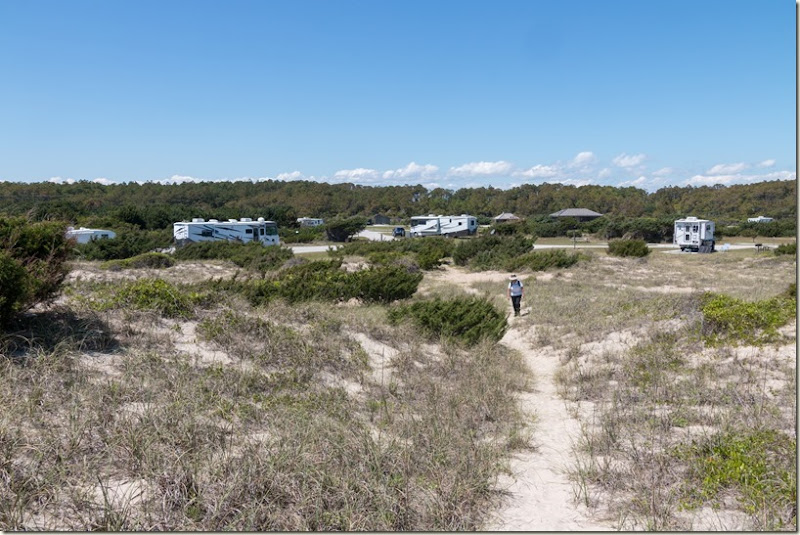 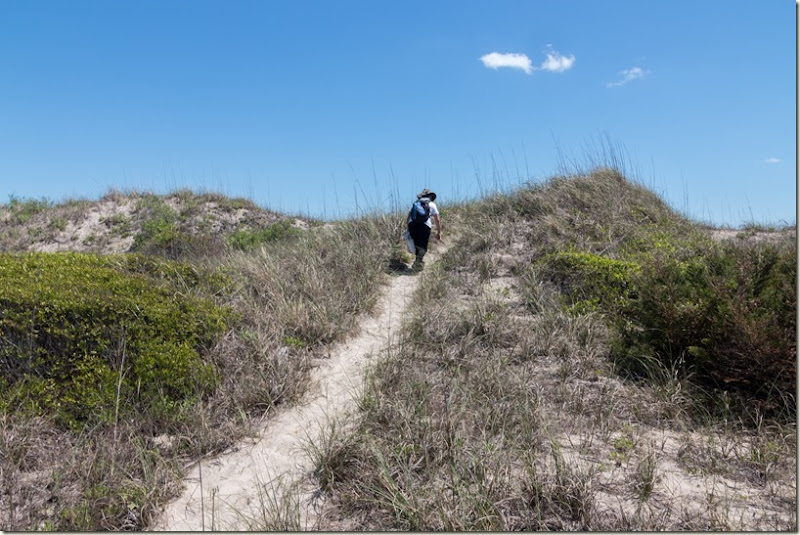 It’s a tough life but someone’s got to do it! 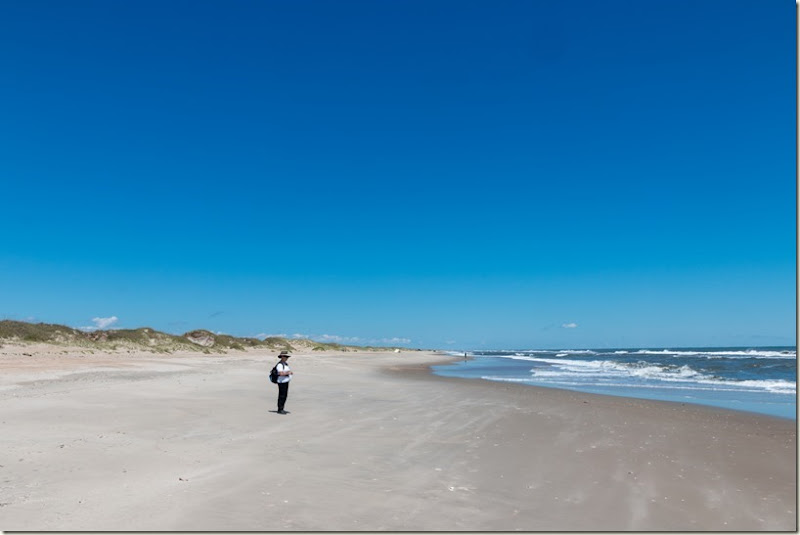 There were a few more shells than when I had checked last night, mainly because the tide was lower, but still nothing big.

I walked in the surf. 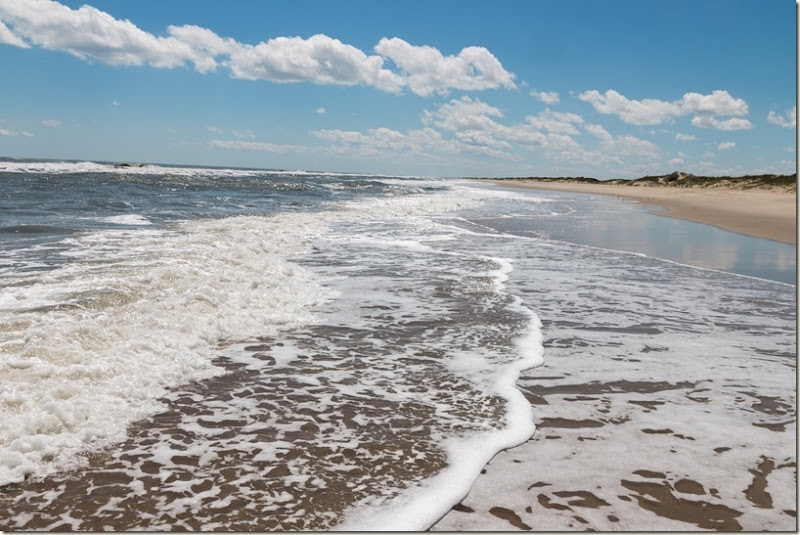 Jennie checked out the dune line for a while. 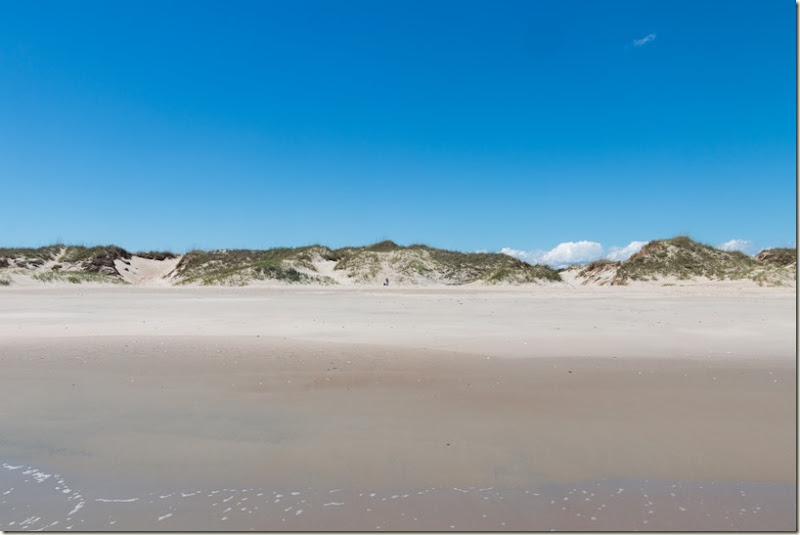 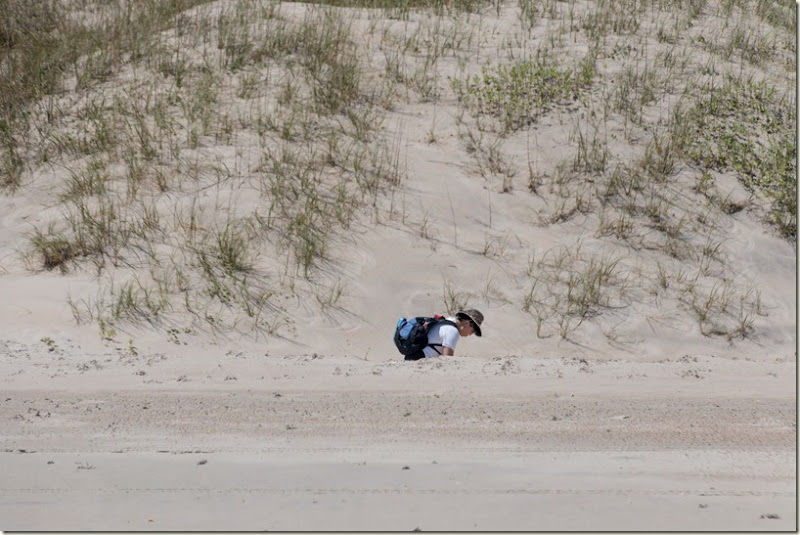 Then her shoes came off as she got tired of avoiding the waves.

I had not realized that these beaches are essentially alive. Just beneath the sand are millions of tiny clams like mollusks called Variable Coquinas. We would be walking along on what looked like perfectly smooth sand and then a wave would come in and expose all the shells. 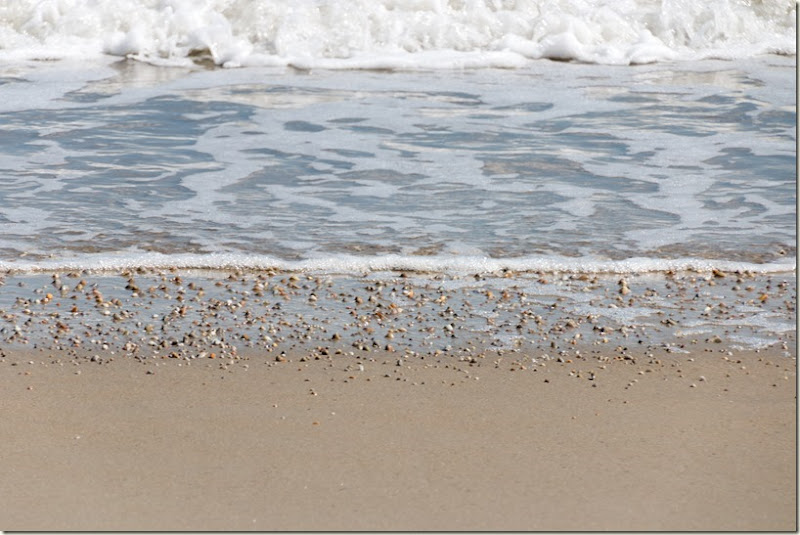 You could watch them all furiously dig themselves back down and then they were gone. 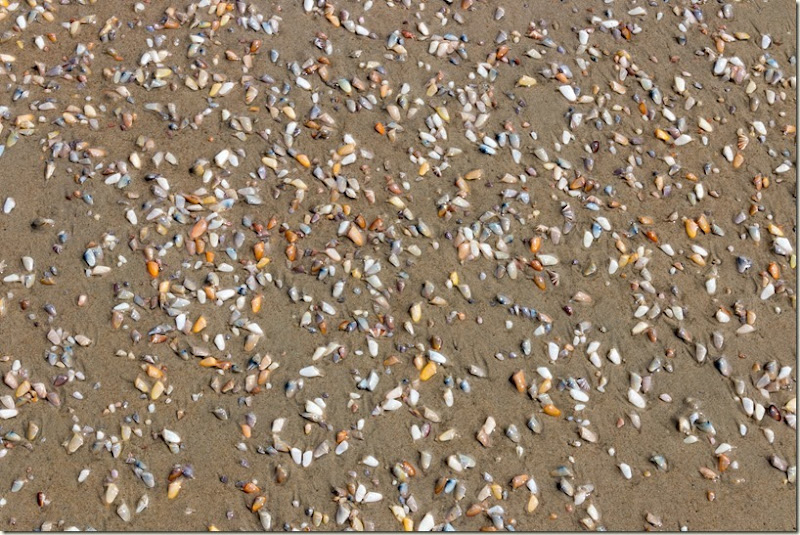 I would guess that we only walked about a kilometer up the beach before turning around but Jennie’s Fitbit said we had done our 10,000 steps for the day by the time we got back.

Jennie with her bag of today’s collecting. 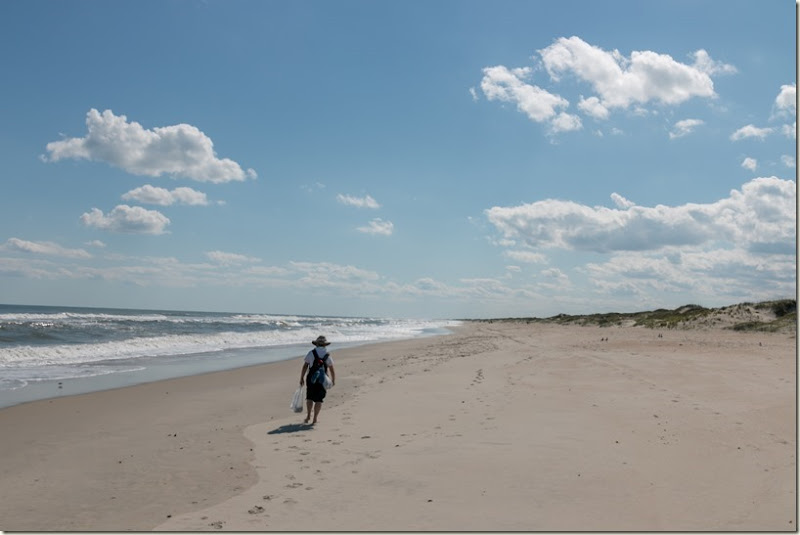 There are no marking for the many trails over the dunes back to the campground. I thought we had the right one but were only off by a few campsites.