I had planned to go earlier in our stay but when we got there we realized that with no wind and the direct sun, we would bake out there. Today was party cloudy, much cooler and lots of wind. The wind did have us eating a bit of sand, though.

Here is a google view of the area and our path through the sand. We also watched a hang gliding competition. 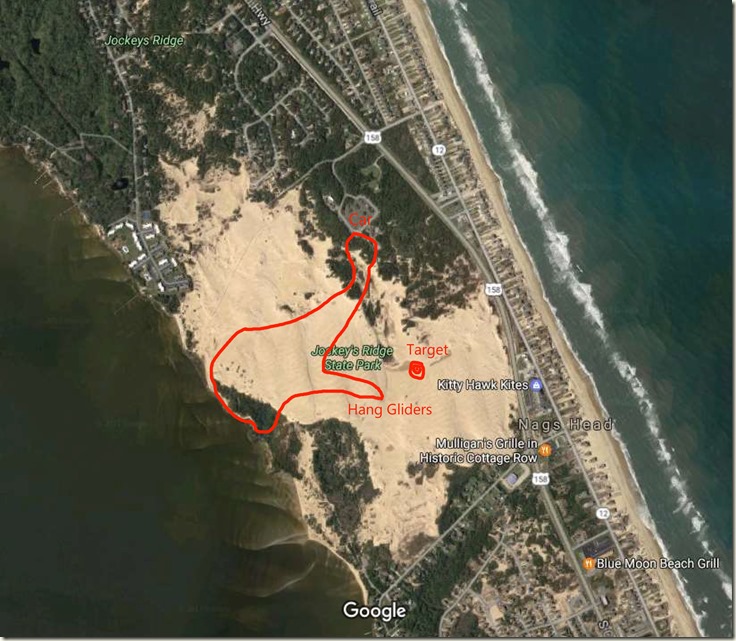 Up we go from the parking lot to the dune area. Jennie even had her jacket on for a while but that didn’t last.

I took most of the pictures today with my cellphone as I was worried about the sand and my DSLR. For normal, unzoomed shots it does a really good job. 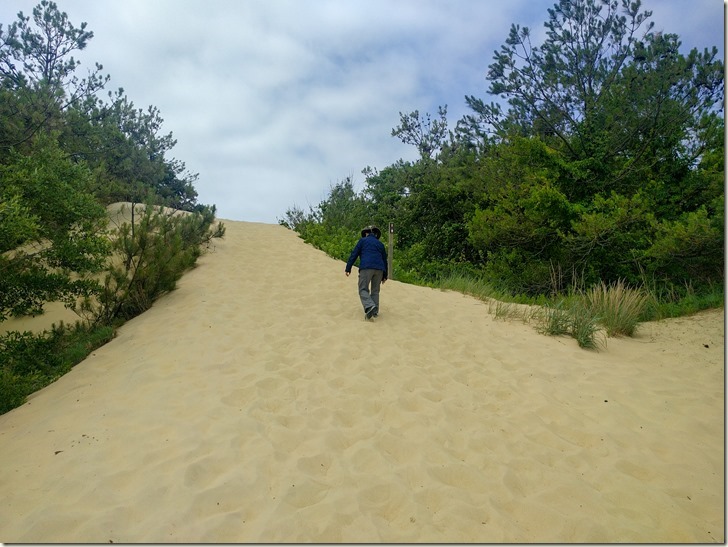 We followed a marked (by posts) trail out to the sound side of the dunes.

You can just barley see the dots of people on the dune top in the distance. 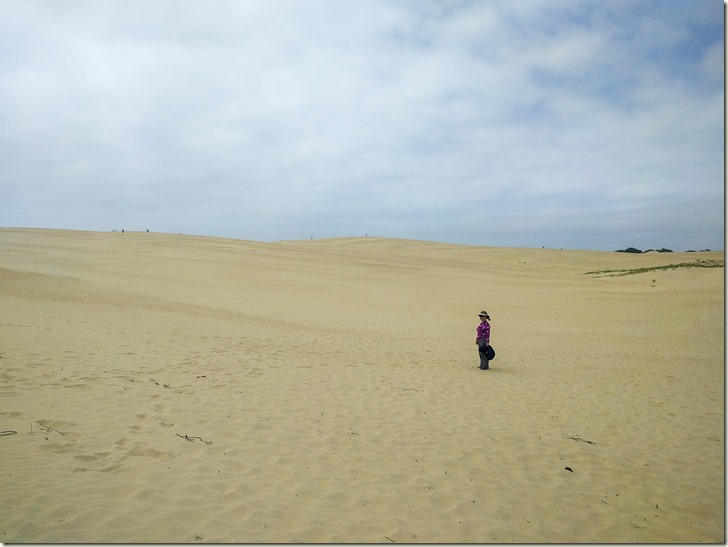 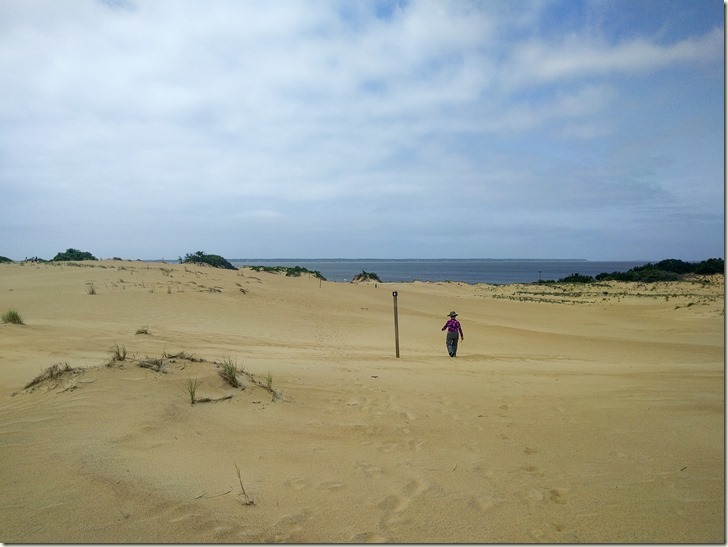 I forgot to take a picture along the shore. Afterward, we had another climb to the dunes. 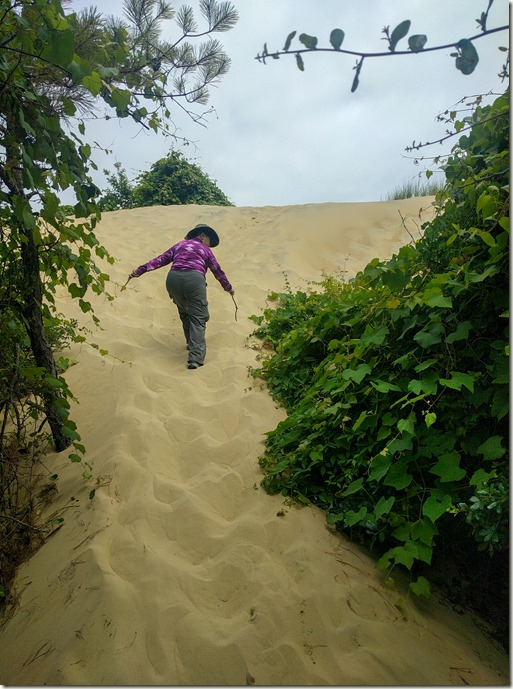 Then a long easy climb to the top of one of the dunes. 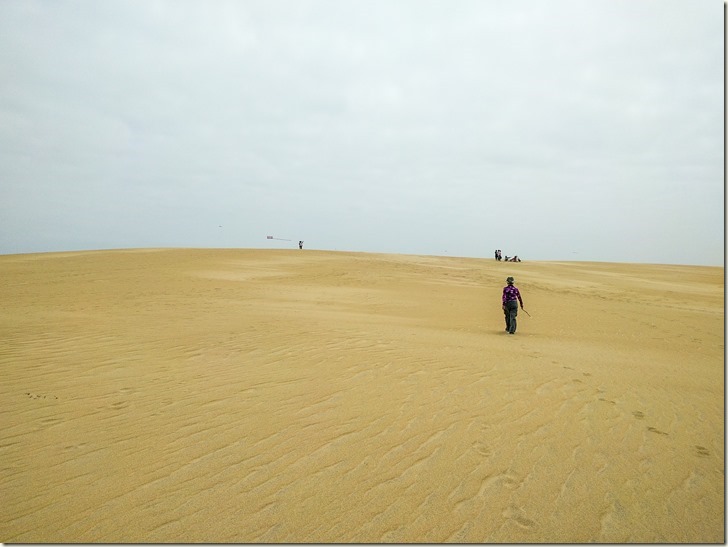 A photosphere from the top.

And another one from farther over where you can see the hang gliders on the next dune.

We went over, had a snack and watched for quite a while. 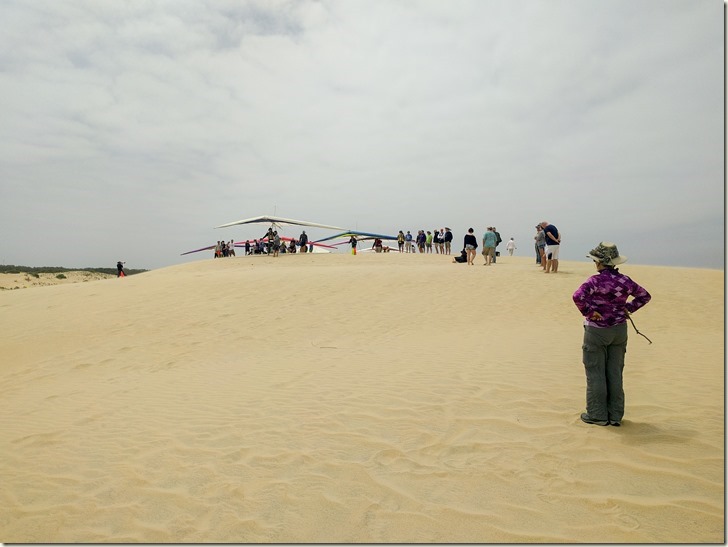 Some people were nicely silhouetted on the other dune top. It did get sunny for a short while. 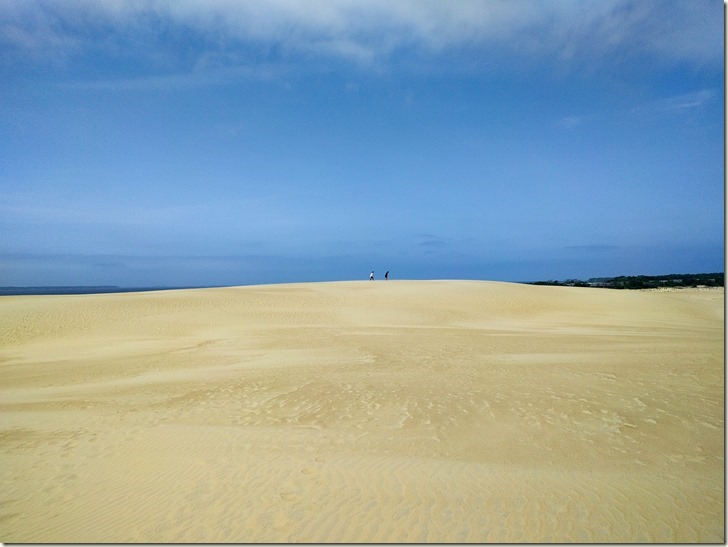 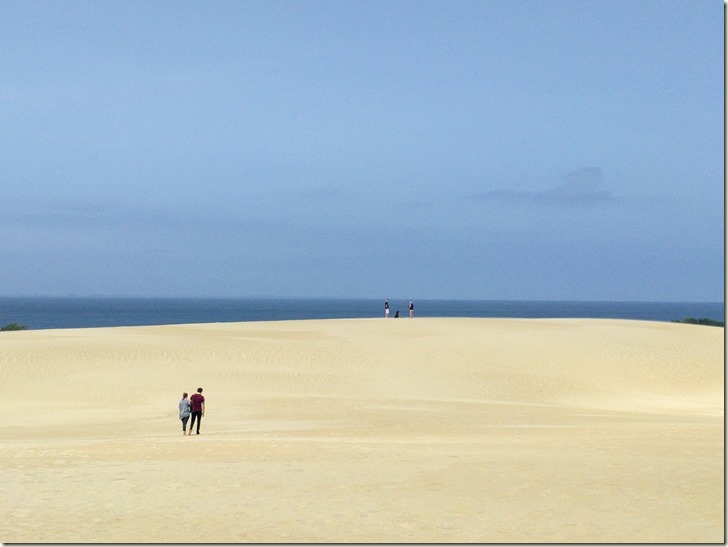 Everybody lined up to take their turn. 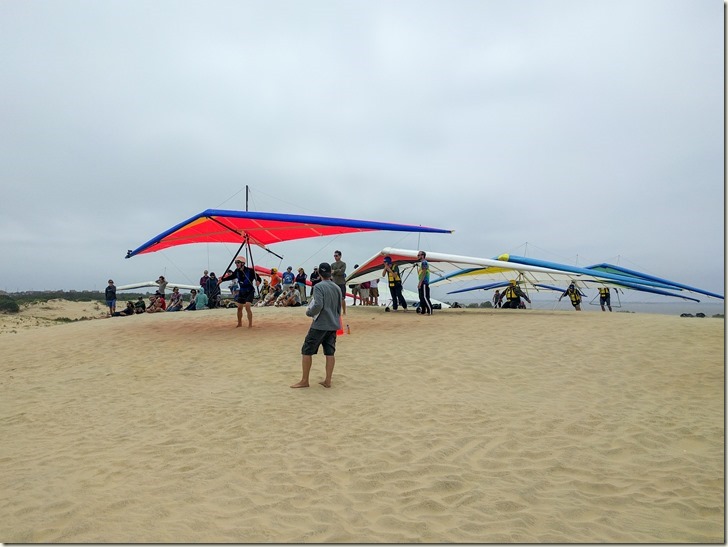 It was quite gusty so everyone waited until what they thought was just the right moment. 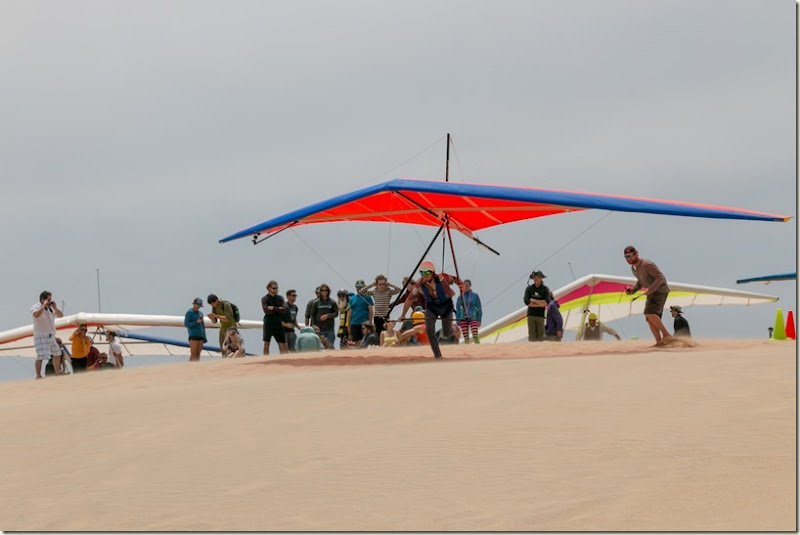 They all looked a bit silly running along as the sail lifted them up. 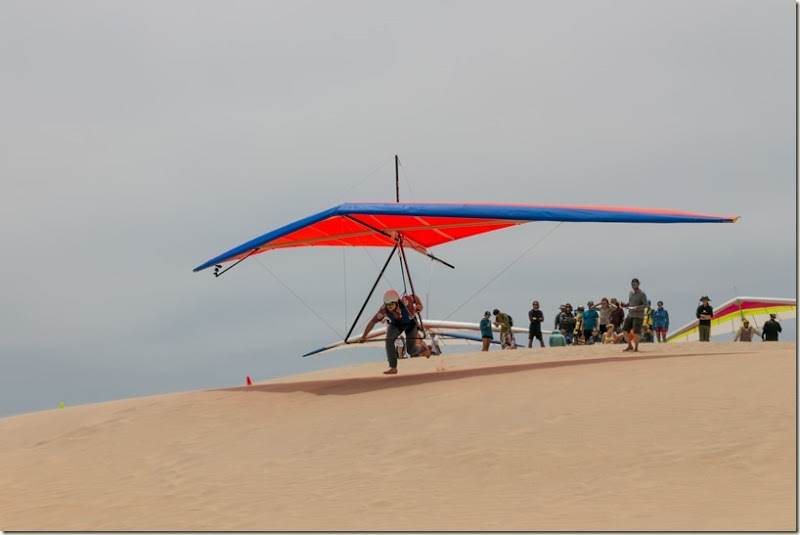 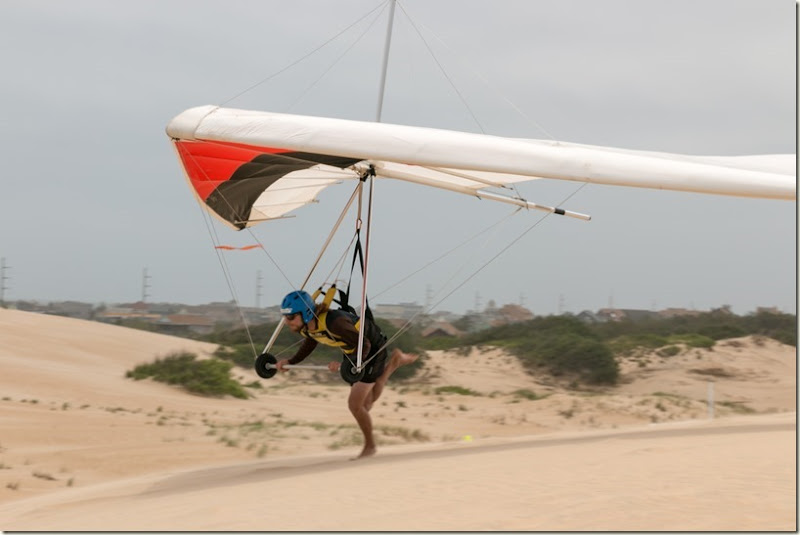 Then very graceful in the air. 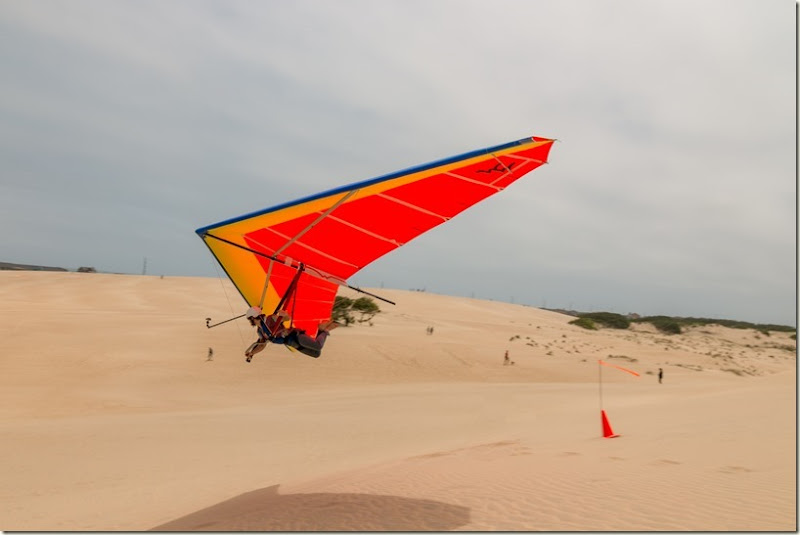 Somehow they were given points for each flight. You had to at least make it passed the cones. The sticks before the target had rings on top, which gave you points if you grabbed one from the air. It also seemed that they got style points because people would land at almost the same place and get very different point totals. 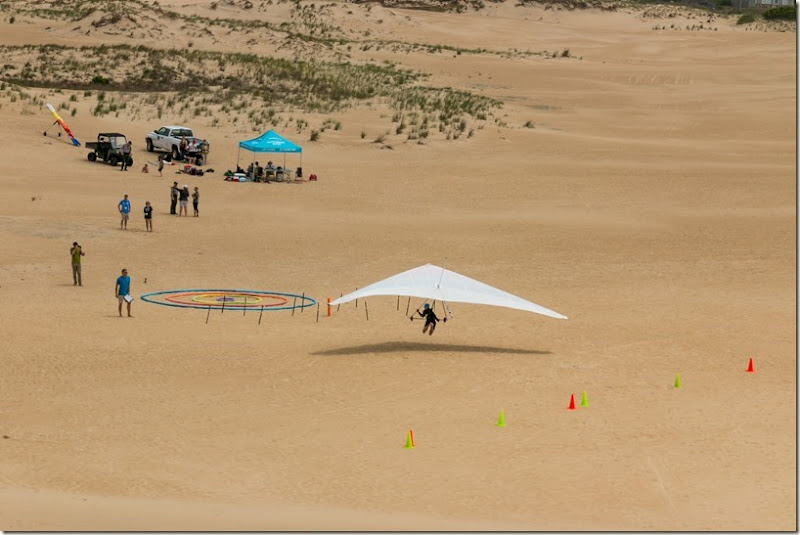 A swing and a miss! 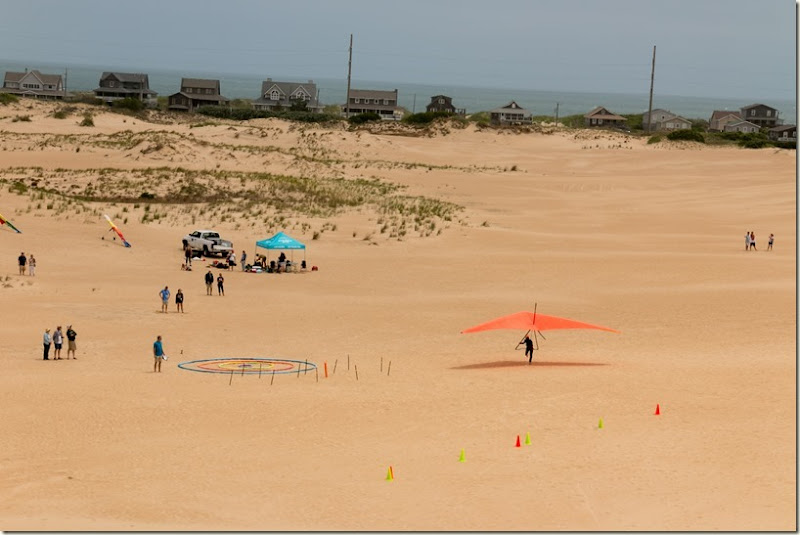 The wind was blowing from the left of the target so they had to aim left then swoop down to the right in a curve and hopefully stop on the bulls eye. 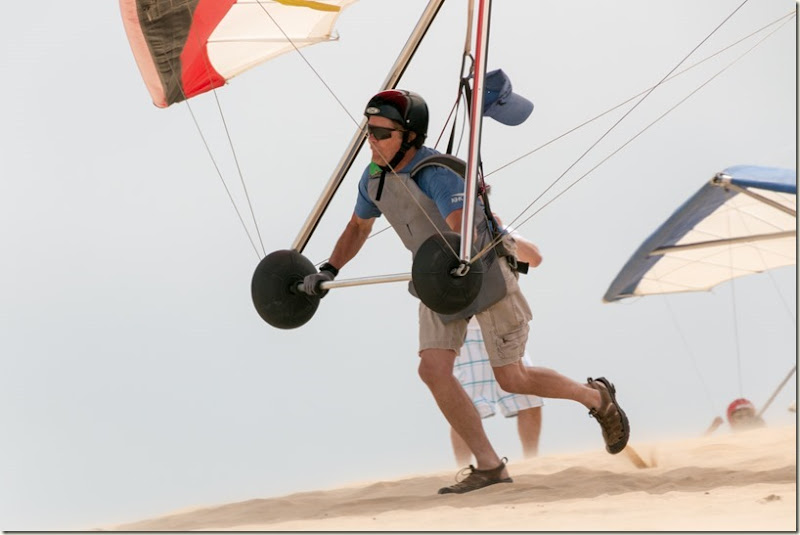 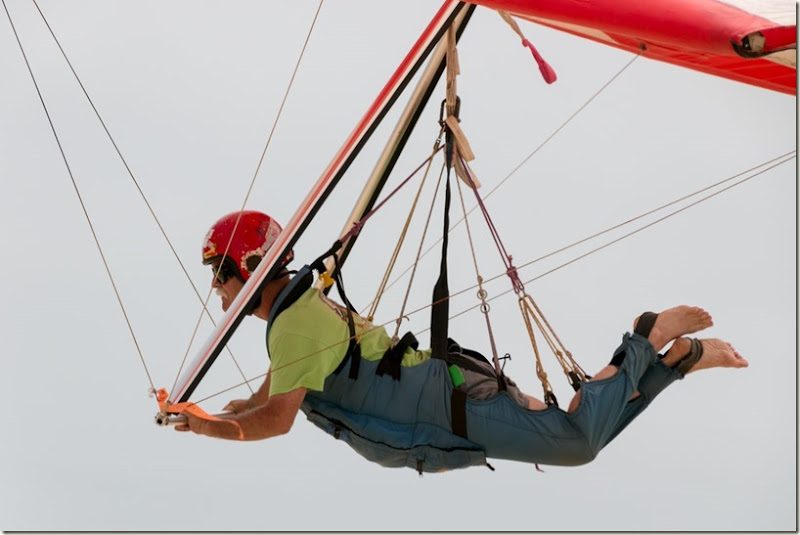 The best flight of the day. 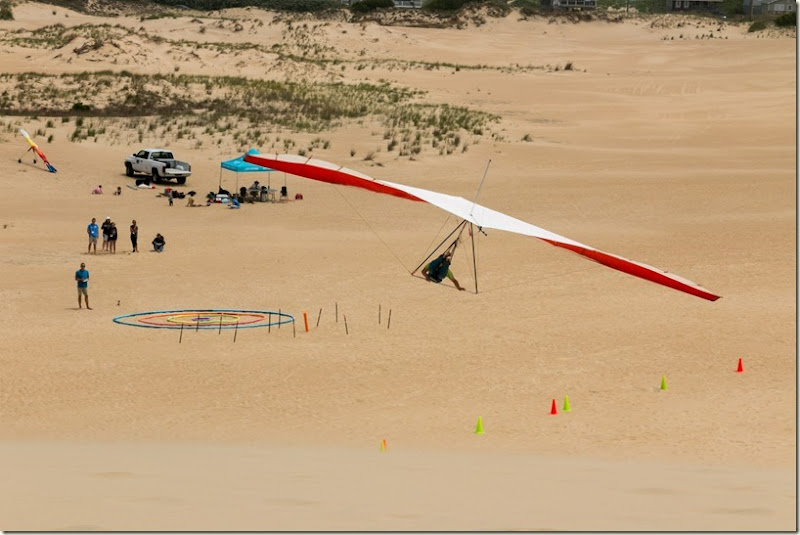 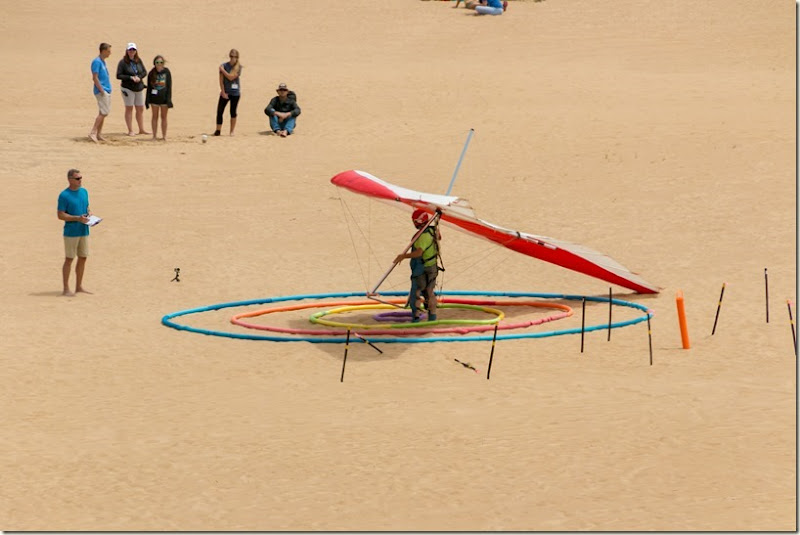 Another photosphere from our viewpoint.

This grizzled guy sat watching for a while and then took a turn. 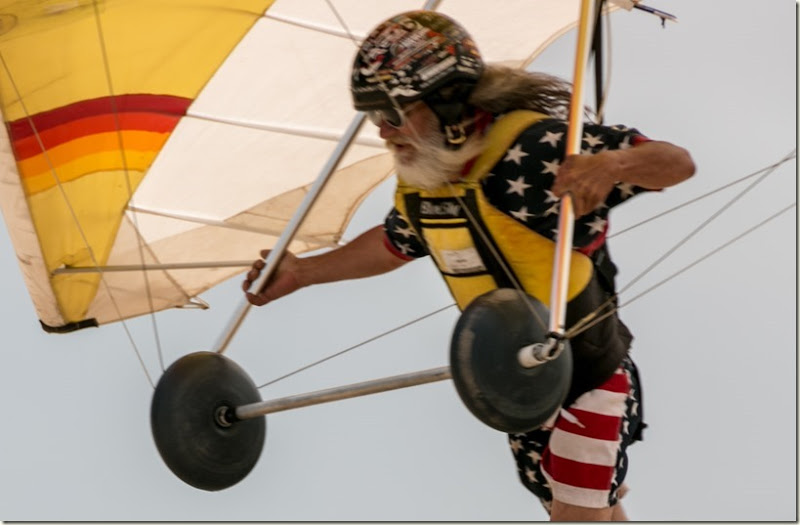 From all the stickers and equipment I expected an expert but he had a terrible flight and didn’t even make the cones. I think he got a bad gust because I heard some swearing as he went by. And another photosphere from the launch area.

After a while we had eaten enough sand so we headed back via the first dune. 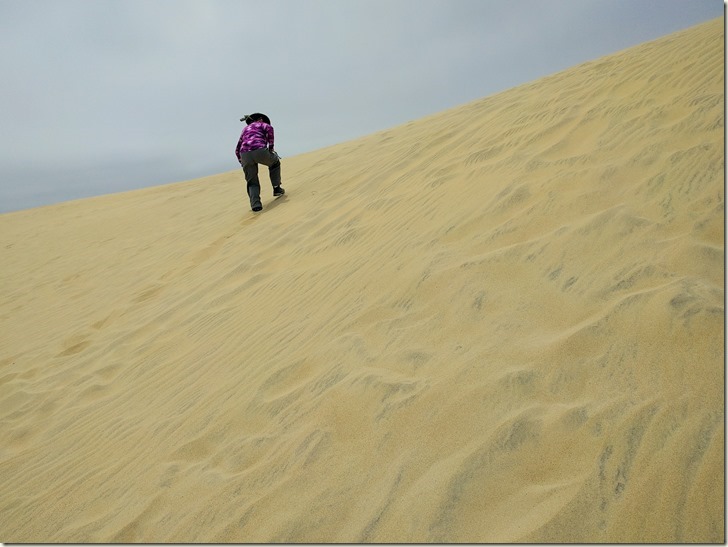 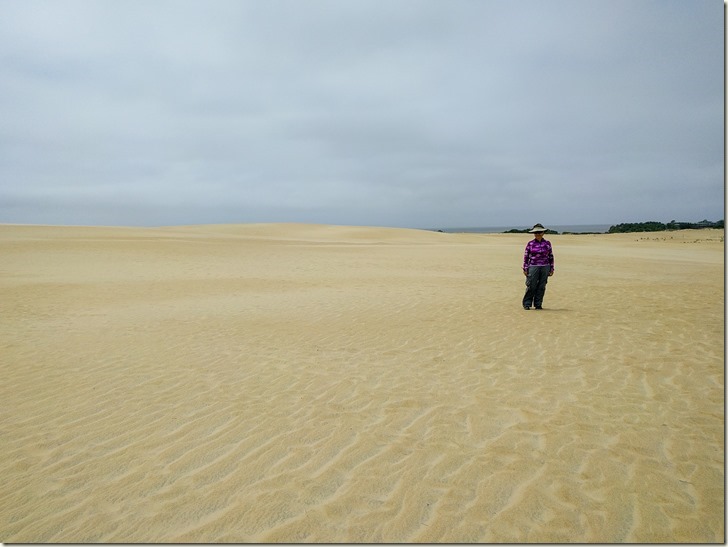 Most people left their shoes by the boardwalk. On hot days they say you should keep them on as the sand can be 30 degree hotter than the air. We kept ours on just for the ankle support. 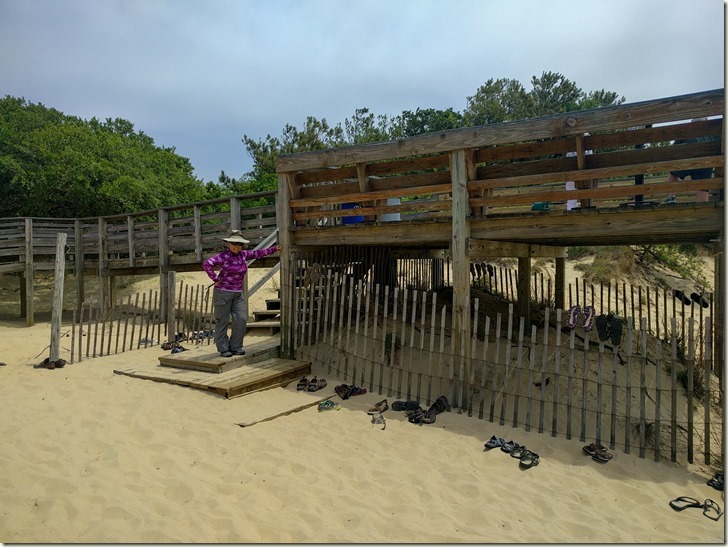 Tomorrow we move a little father north, into Virginia.