Another very hot morning and afternoon with a high near 30C. Tonight however the temperature crashed down in about an hour to about 19C and it has gotten very windy.

We are getting down on our list of things to do. This morning we went just north of Manteo to the Fort Raleigh National Historic Site and the Elizabethan Gardens. I had low expectations for both of the places and even these were barely met.

The remains of the fort consist of some mounds of dirt so we didn’t bother with the actual site. We did go into the visitor’s center. At first I couldn’t figure out the point of this elaborately panelled room. 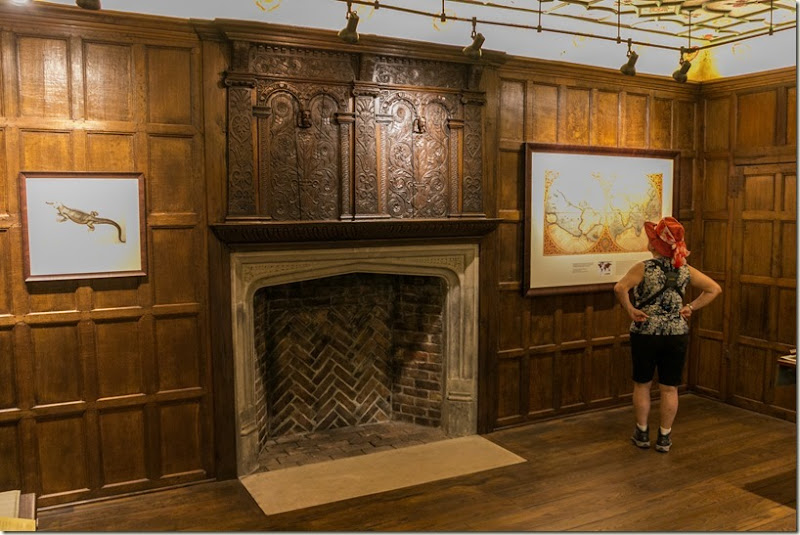 There was even a sign saying that there was no room like this in the fort and it had once been in England.

Then I found a button that started a video of Walter Raleigh trying to convince Queen Elizabeth to fund his journey. I guess they had the room and found a way to make it fit with the story.

We almost didn’t go into the Elizabethan Gardens. We knew it was very early in the year but their website had lists of what would be blooming now and the admission wasn’t that expensive.

Let’s just say we could have skipped it. I think there was one bush in bloom. The rest was annuals, most of which we have in our own garden.

In season it would be a nice, if short, walk. 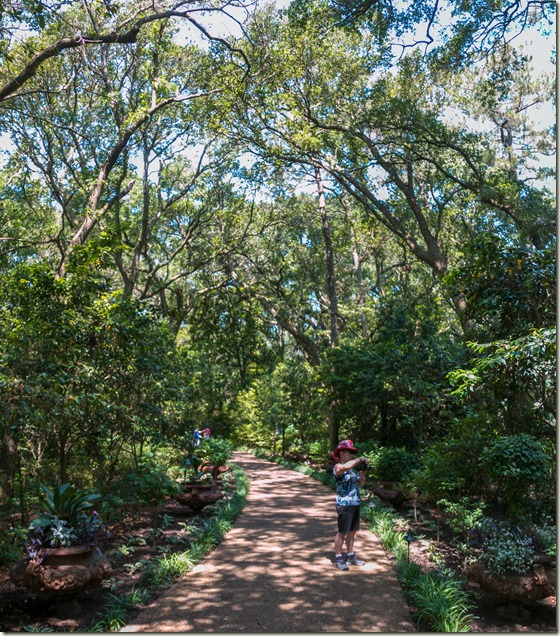 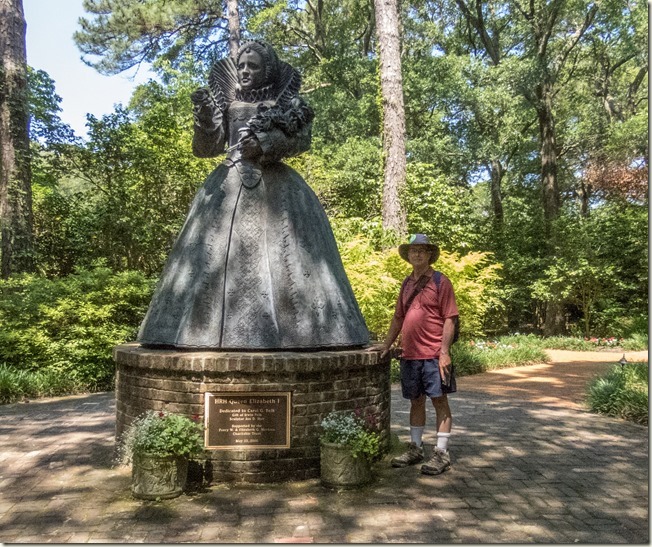 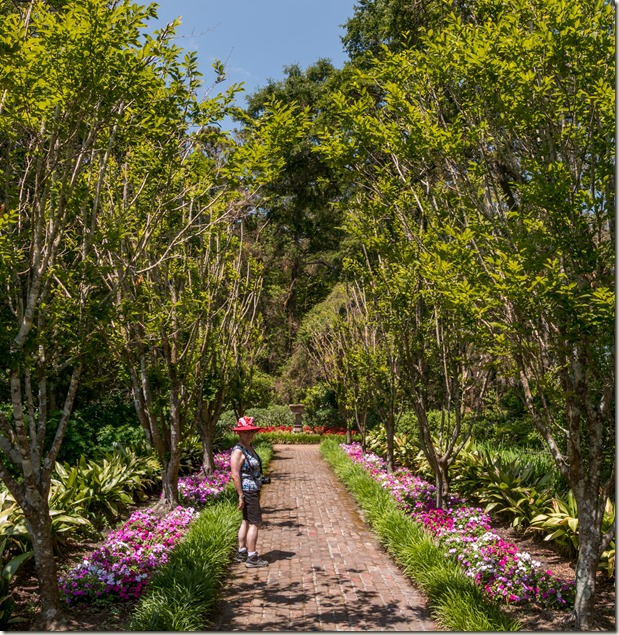 He needed a hair cut. 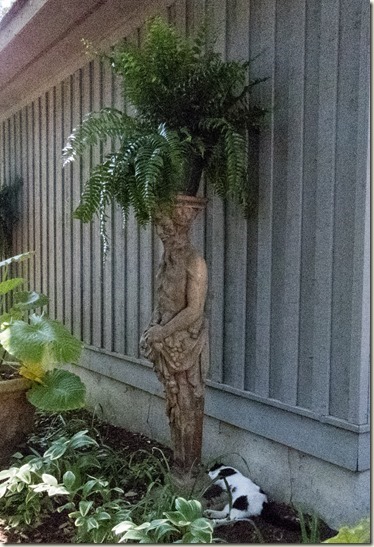 The end of one path. 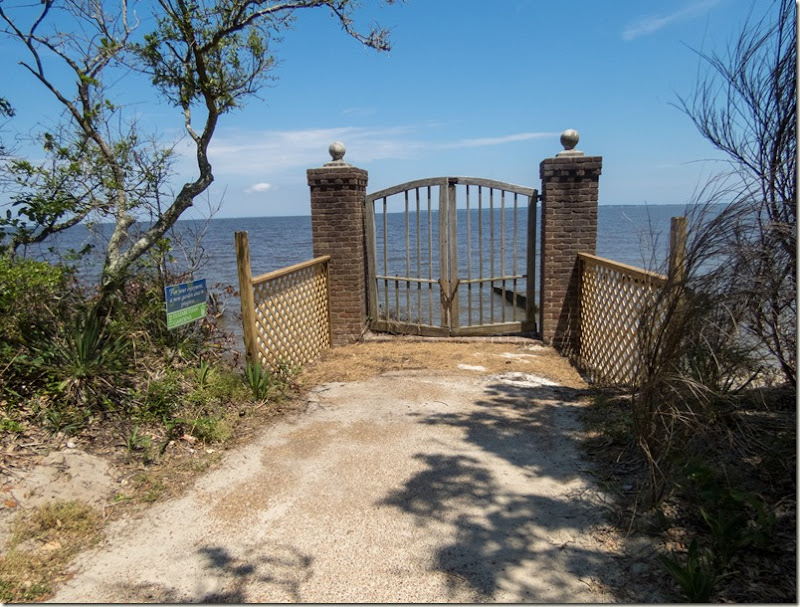 The center of the gardens. 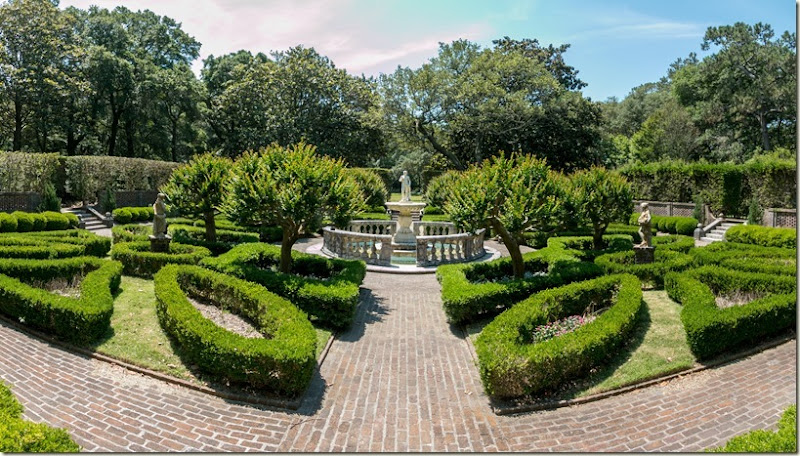 You know you are early when they haven’t even taken the plants out of the pots. 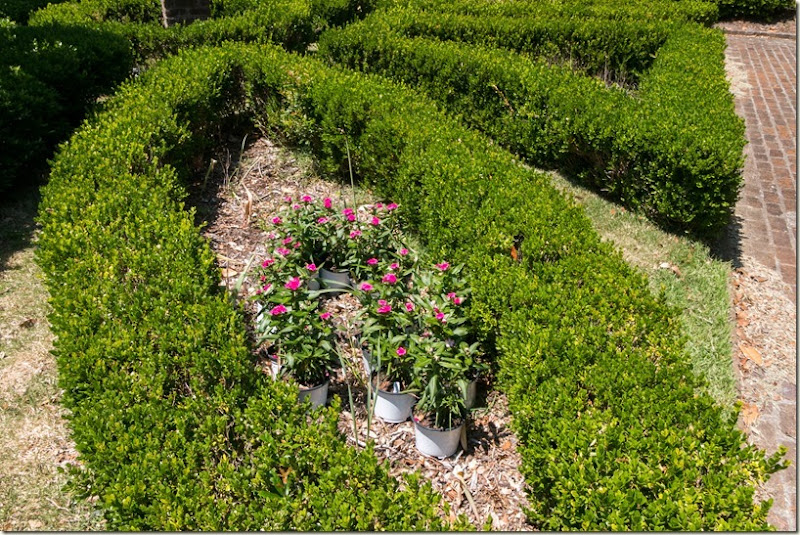 A few pictures of the flowers there were. 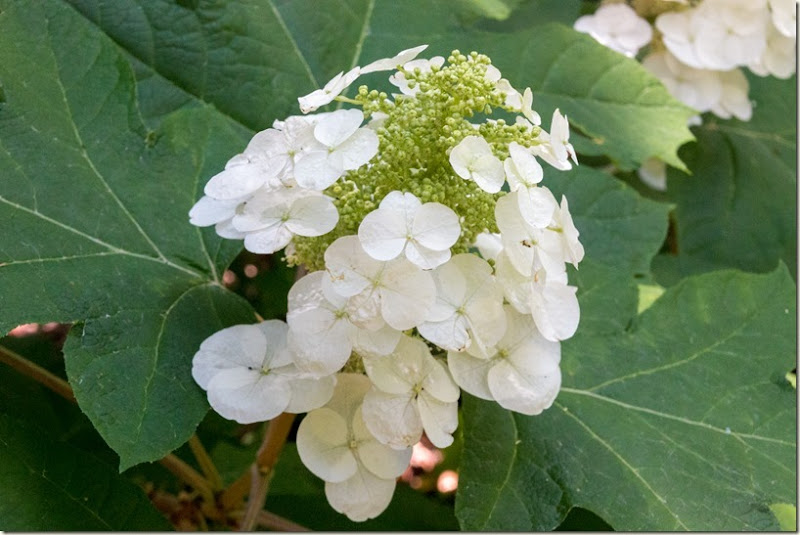 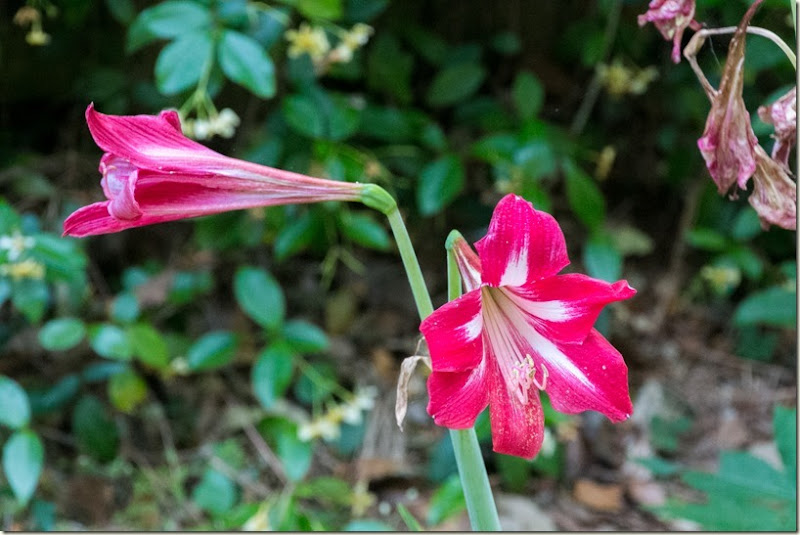 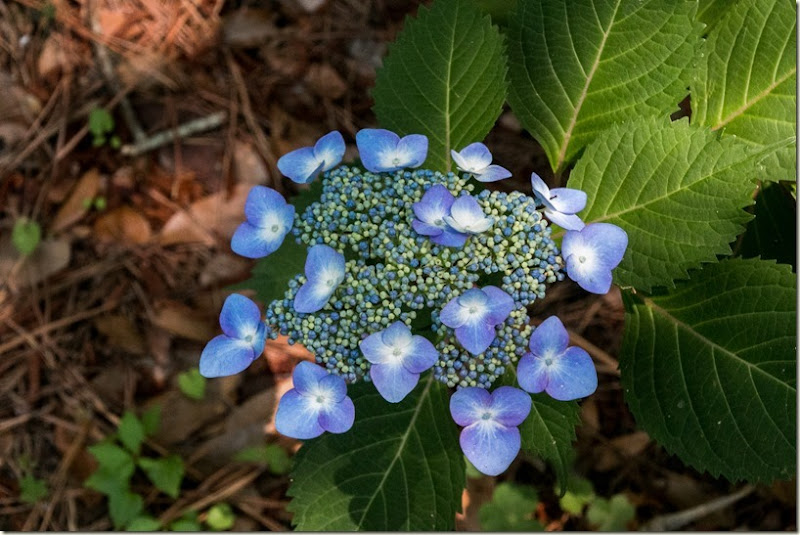 It had been very hot in the gardens so we headed to the beach to have lunch and cool off. We went to Coquina Beach, which is just south of Nags Head, at the north end of the National Seashore.

Just a few pictures so we remember it. Busy near the parking lot. 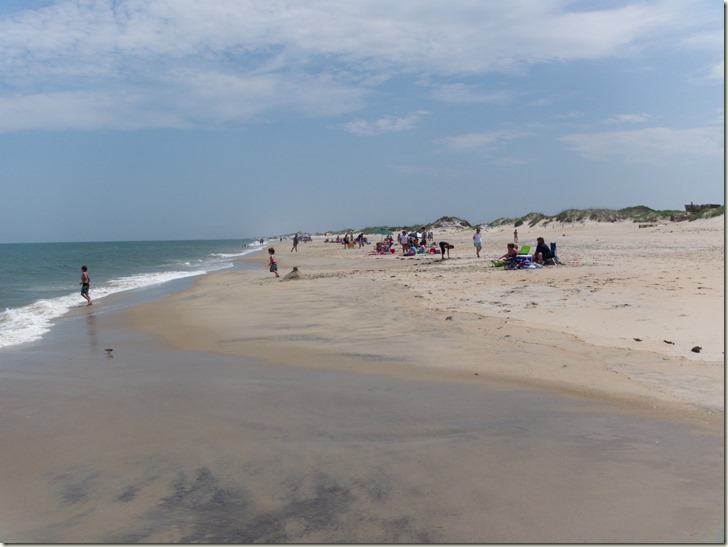 Not so much after a short while. Still not very good for shells. 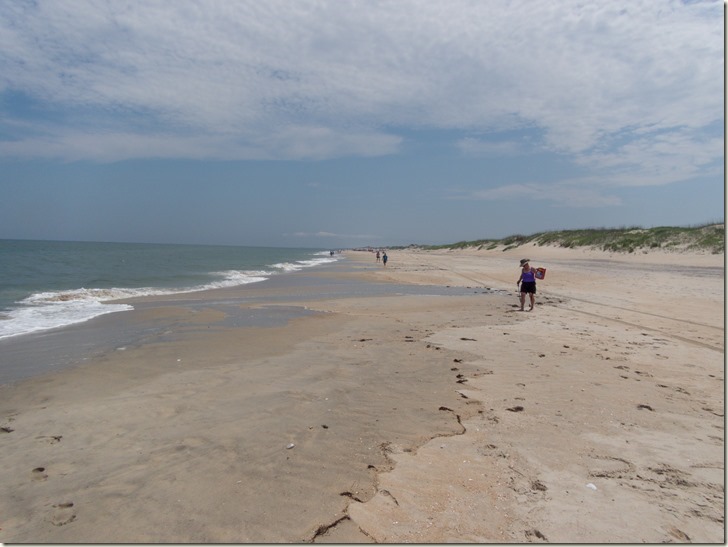 Then back to the RV. As I said it is very windy and dark now. It sure looks like it is going to rain.