Not a lot of pictures today as it was a biking day. The section of the rail trail we did was not super scenic but it did run beside the river for most of the time.

We rode from Ohiopyle to Confluence, the next town eastward. Altogether we did about 35 km.

Over its length, the rail trail crosses some amazing bridges and tunnels. They are just too far apart for us to see many of them. One of them, the Salisbury Viaduct is almost 2000 feet long and very high above the ground. There also are three tunnels of almost 1000 feet.

There are two bridges near Ohiopyle. One, we walked yesterday across the river. The other one we walked underneath yesterday. It crosses the river as it completes the horseshoe bend. Before we headed east we rode over to check out the second bridge. 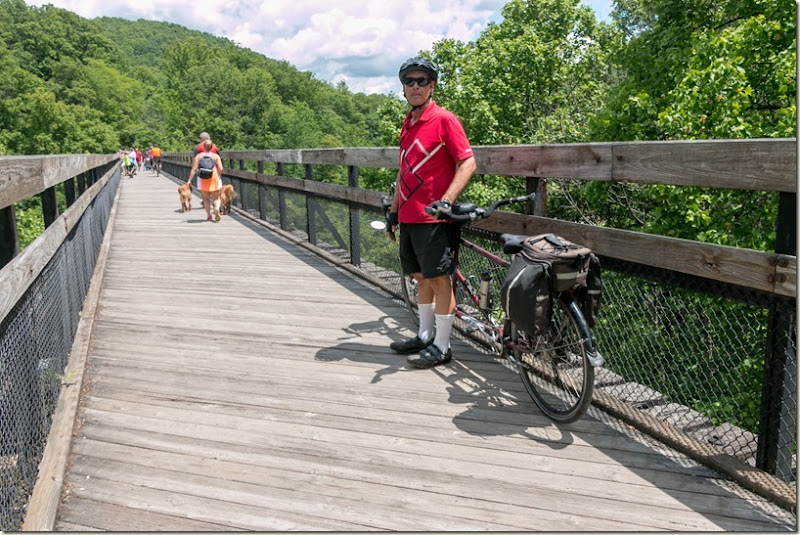 As you could see from yesterday’s picture, it was a long way up. Jennie stayed near one end. 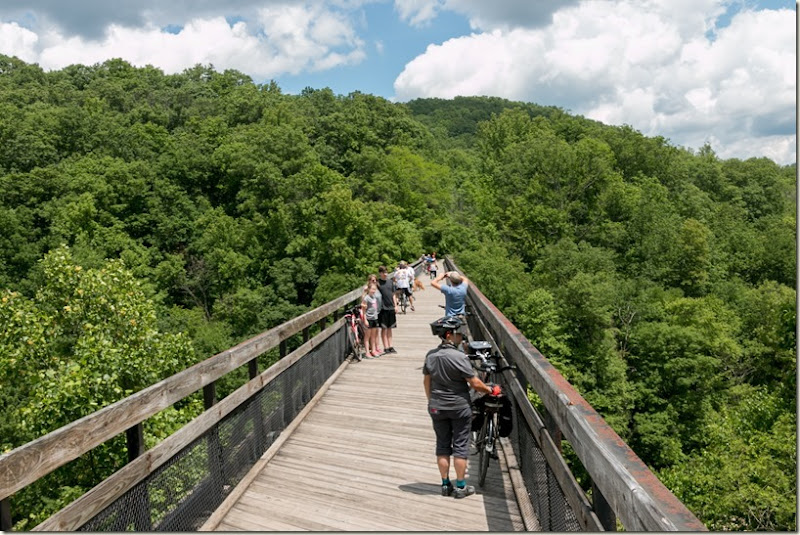 On the way to Confluence, the rail trail is either a long series of straight stretches or slow curves following the river. 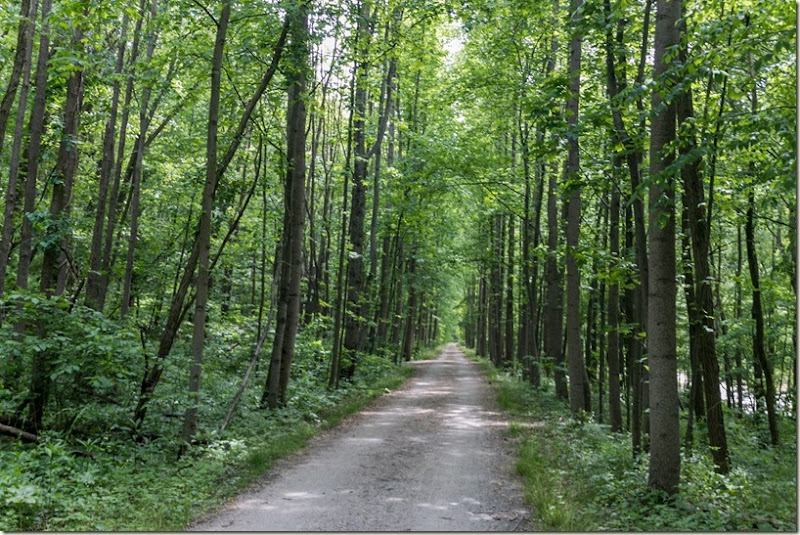 The shade made it just the right temperature for riding. In those few places we were in the sun it was just too hot. 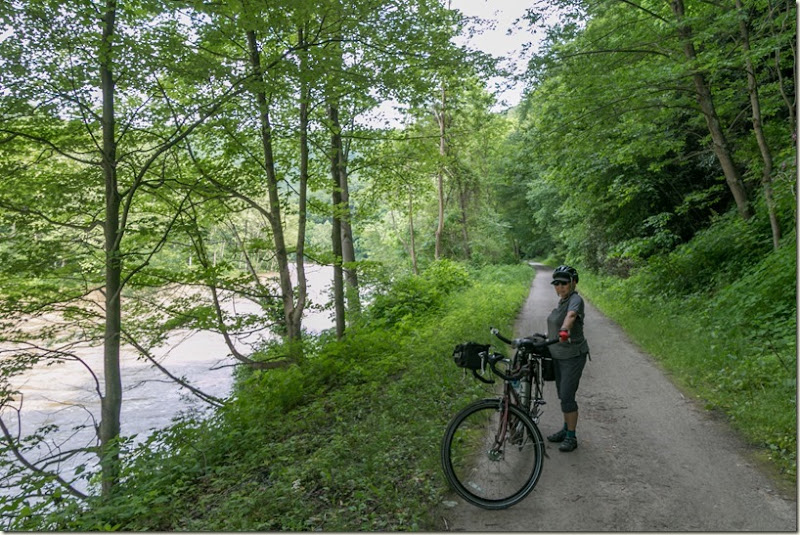 We had a lot of rain last night and noticed that the river was quite swollen. As we were riding alone several emergency vehicles roared past us, with sirens and lights. I guess someone fell in. I don’t think there is rafting here so it was probably a fisherman. 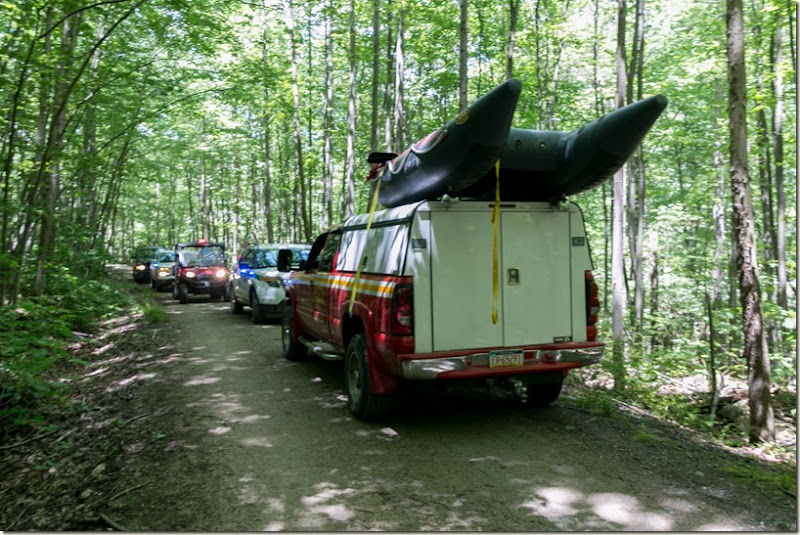 Arriving in Confluence we took a short side trail into town. 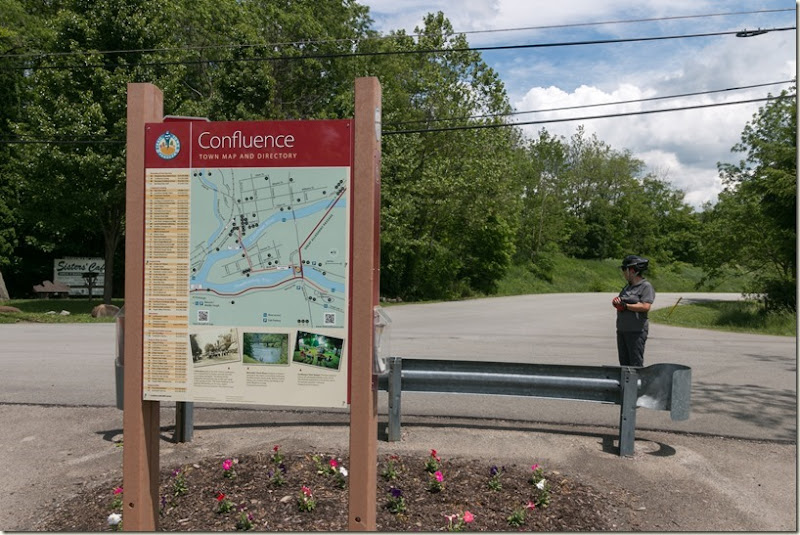 We ended up at the bike store and started talking to the couple that own it. As soon as people find out we are Canadian they start quizzing us. He said his mother was from Nova Scotia and we talked about visiting there. They also have a RV and are planning a trip to Banff and Jasper this fall.

Heading back to the main trail we stopped at one of the town’s two bridges over the two branches of the river that come together here. Time for a snack and a drink. 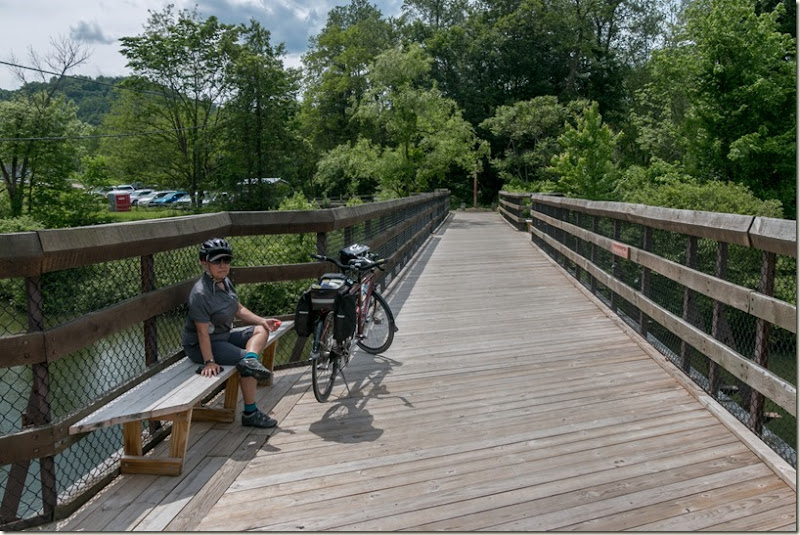 There was a very nice view down the river. 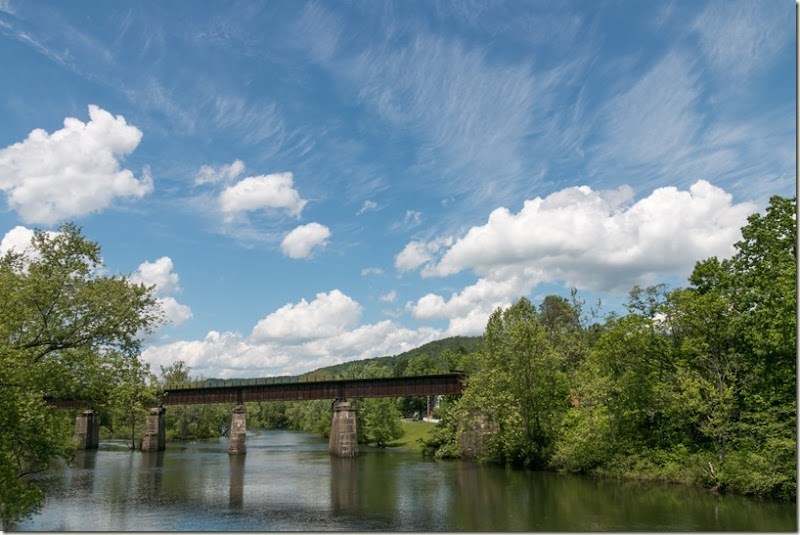 Back in Ohiopyle, we rode over to the waterfall to see what the rain had done to it. We slept through most of it so we didn’t realize how much rain had come down. The river was just roaring.

We look so lonely in the campground now that the weekend is over. 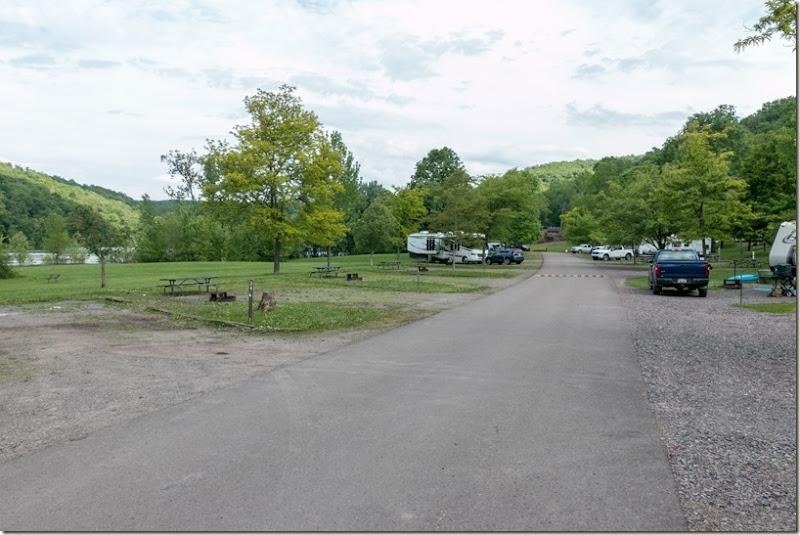