Well I got my wish for a thunderstorm as we got blasted with heavy rain and thunder most of last night. Too bad it was in the middle of the night since there was no way I was getting up.

The forecast called for a chance of rain in the afternoon but it never came. It was mostly sunny or slightly cloudy.

We headed back out on the never ending quest for more shells and hit several more beaches. Each one seemed to have its dedicated water sport.

The first was at the original site of the Cape Hatteras Lighthouse before it had to be moved because beach erosion would have caused it to fall over.

The lighthouse used to be just behind this seawall. 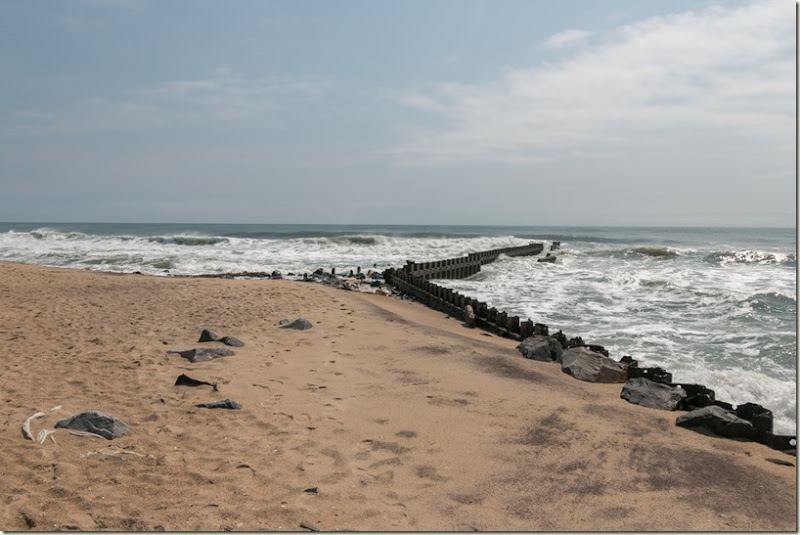 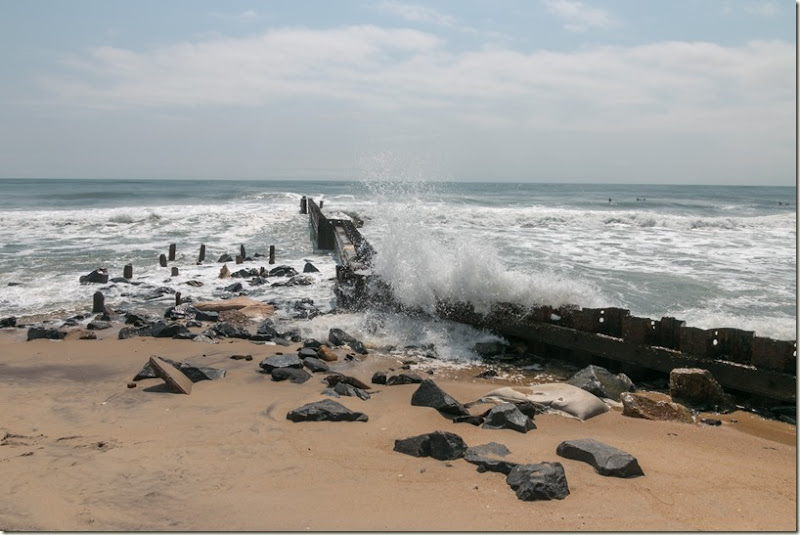 Not a great place for a lighthouse anymore.

Now it is safely back from the shore.

The sport here was surfing and it must have been an exceptionally good day.  We saw a constant stream of surfer dudes and dudettes coming in, some actually running from the parking lot to get out in the surf. 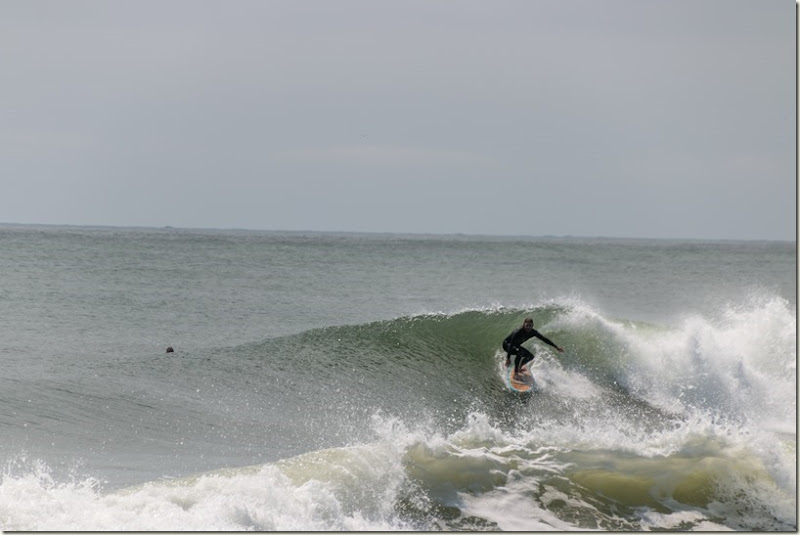 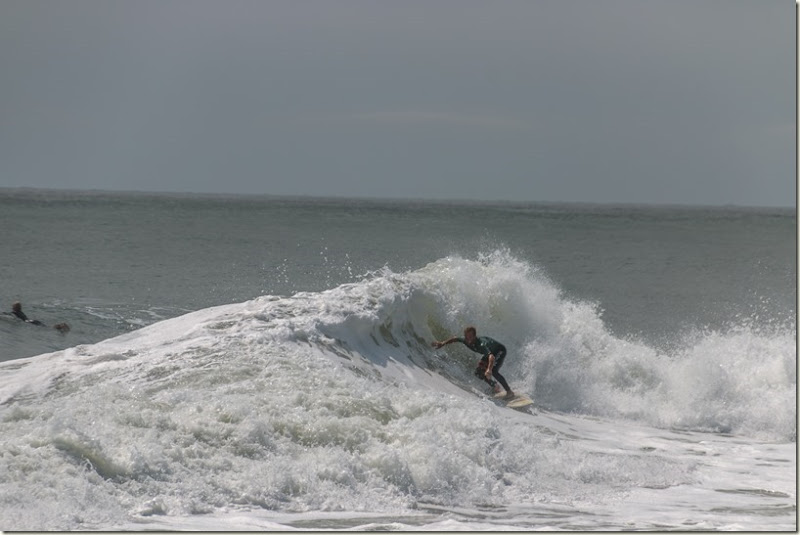 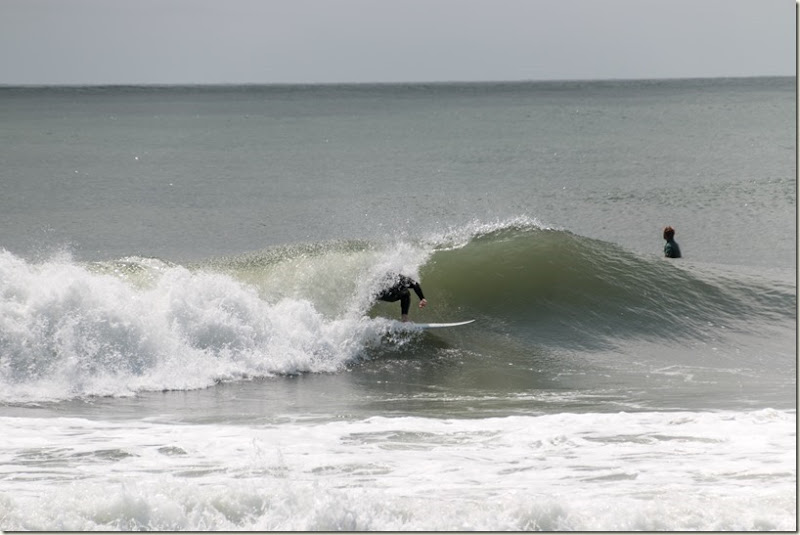 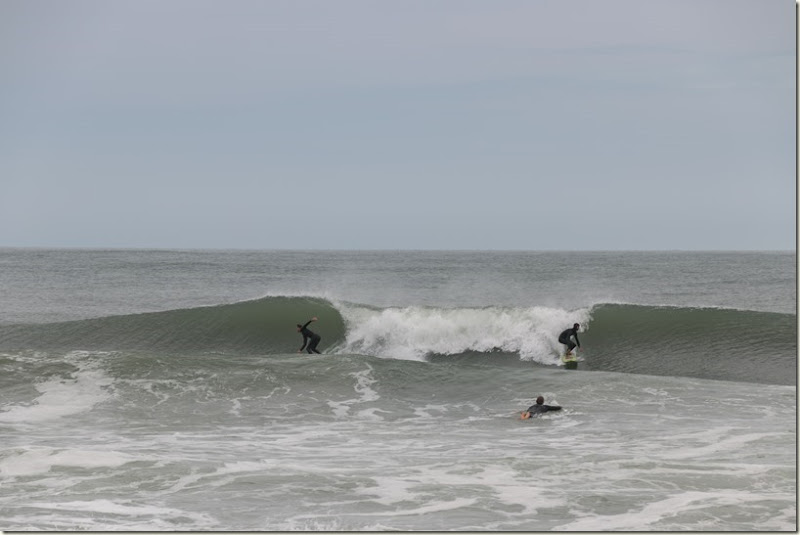 It looked a bit crowded out there. 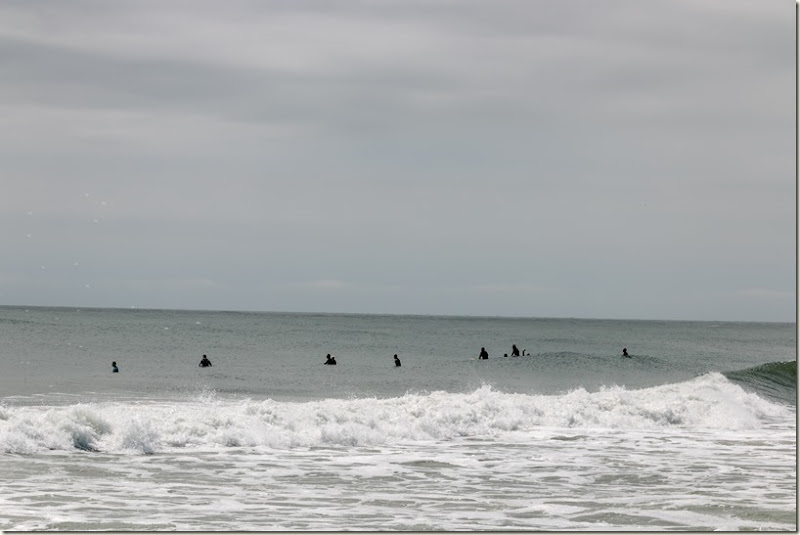 Sometimes, if they didn’t want a wave they would have to dive through it. 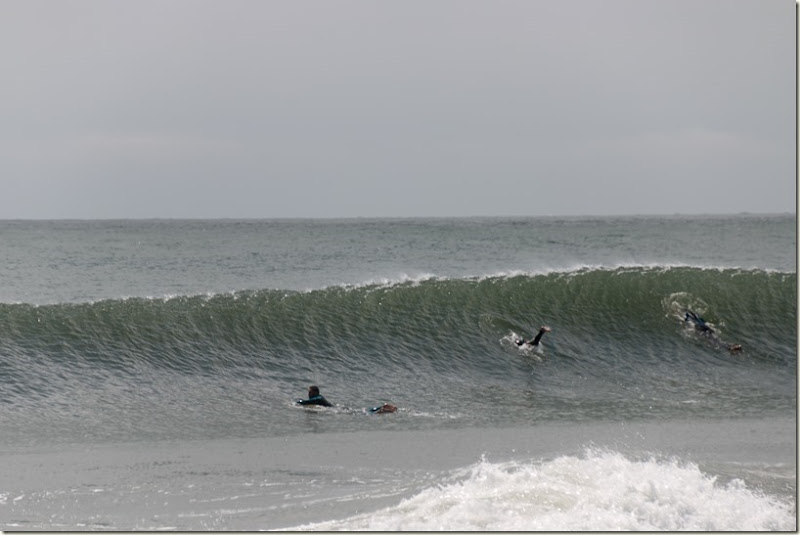 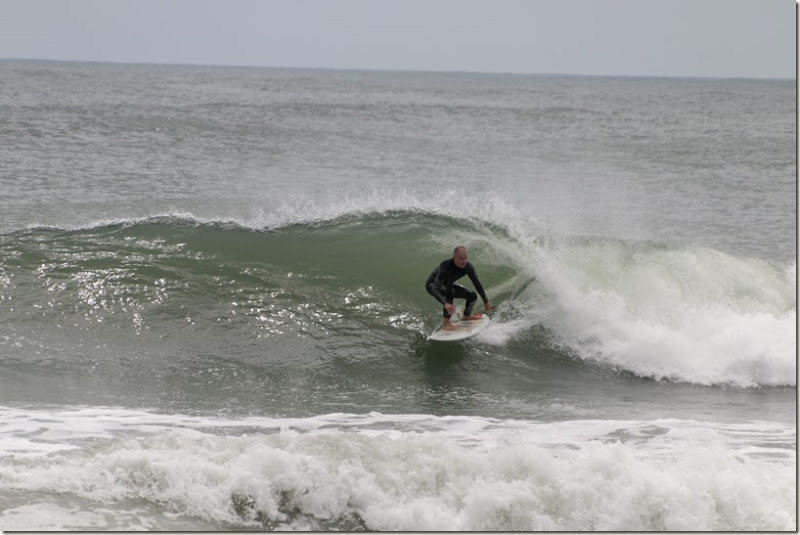 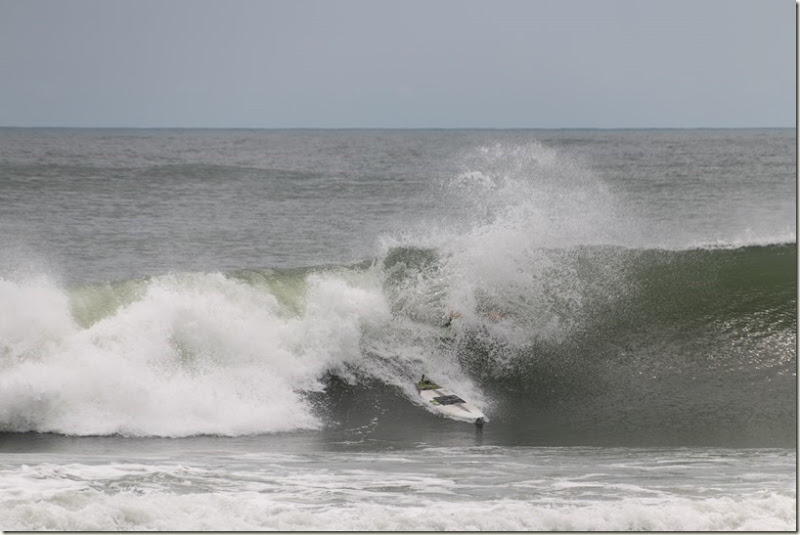 It got a bit dark off to the south.

There were not a lot of shells here. First, there are lots of people and the beach itself is very steep so it is hard for the waves to wash them up. Jennie walked north for a while to check anyway, I watched the surfers. Clear skies that way. 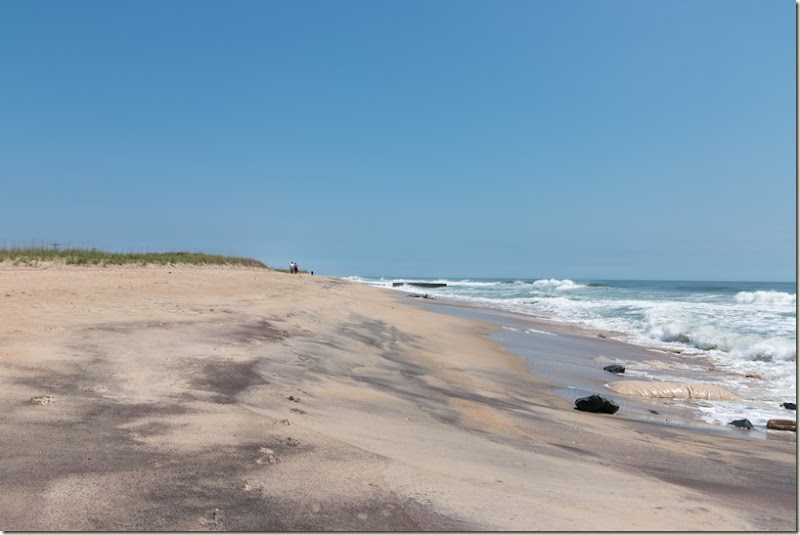 We decided that today would be substitute Mother’s Day in case tomorrow was busy. We drove a short way north to the town of Avon and had some BBQ at Surf N Pig BBQ. It satisfied our craving. 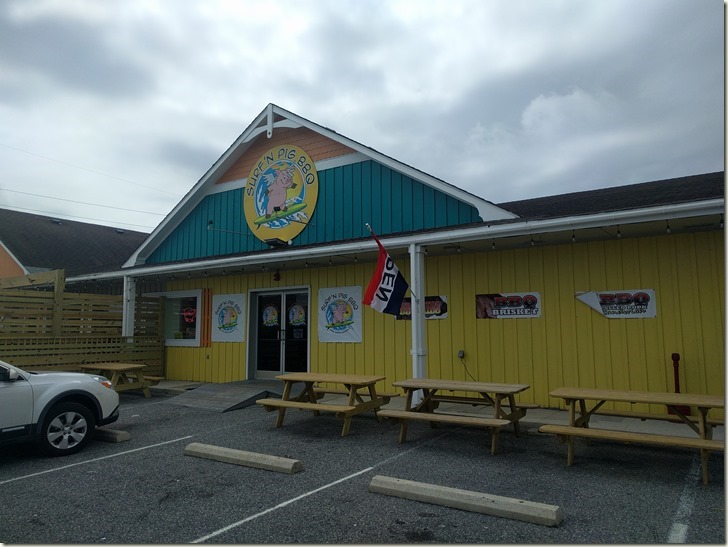 The next beach was just north of Avon still on the ocean side. Here there was nothing. Dark skies to the north and south. 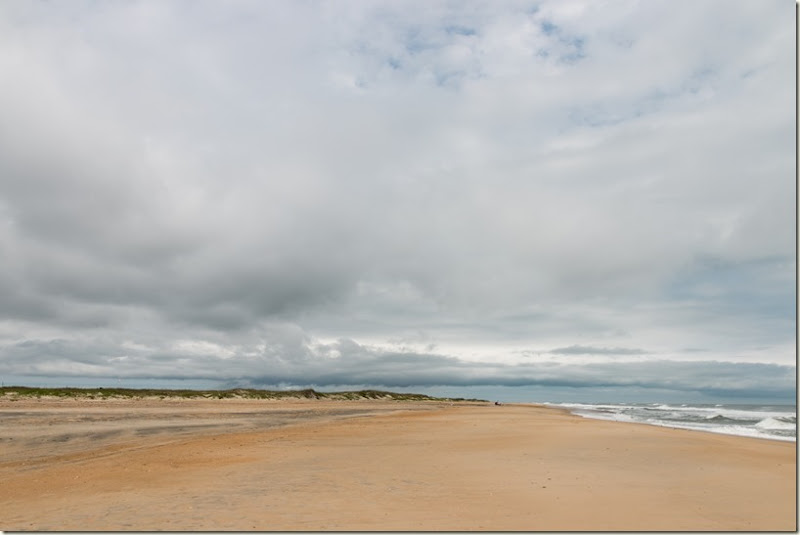 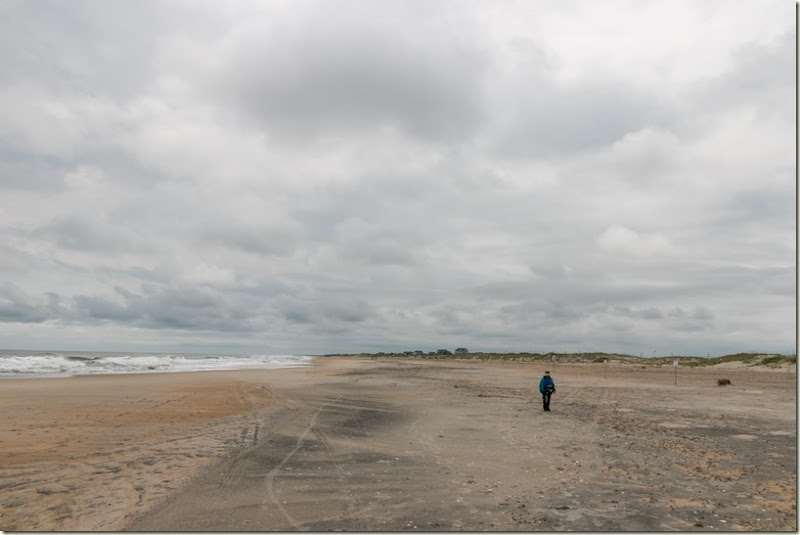 But mostly sunny where we were. 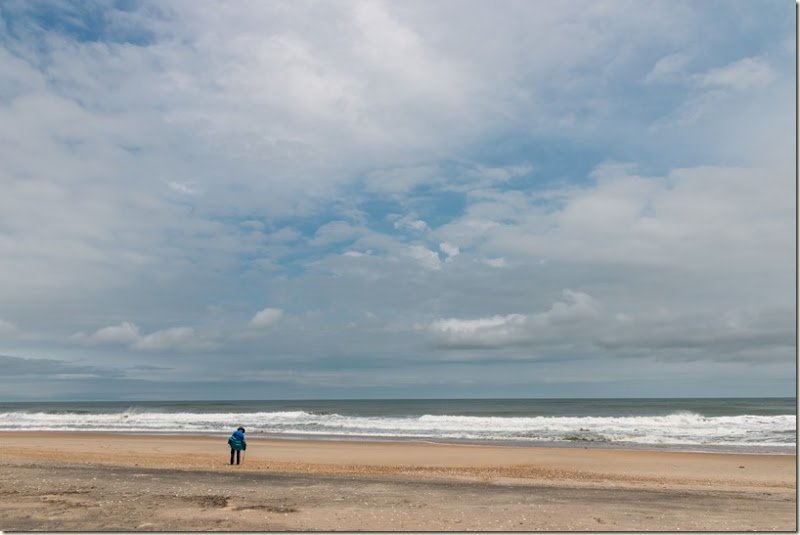 Jennie was trying out her new shelling scoop. Now she doesn’t even have to bend down. Still not many interesting ones here. 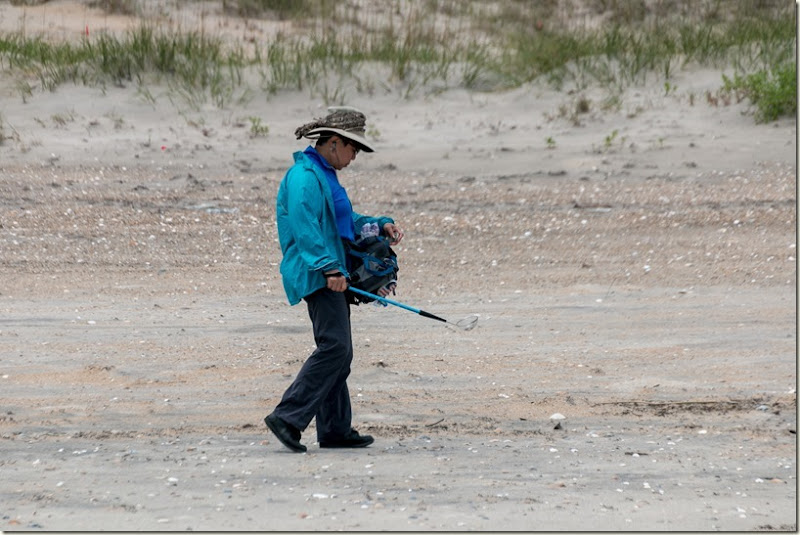 We did a quick stop for groceries. I noticed that a lot of cars, residents I assume, have special Outer Banks (OBX) license plates. There were too many for them to be vanity plates. 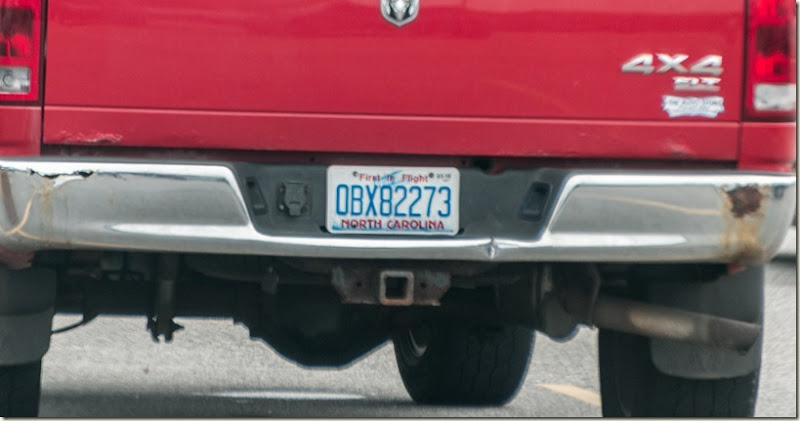 The next beach was on the sound side. Not much beach and not many shells. The island is very narrow here. 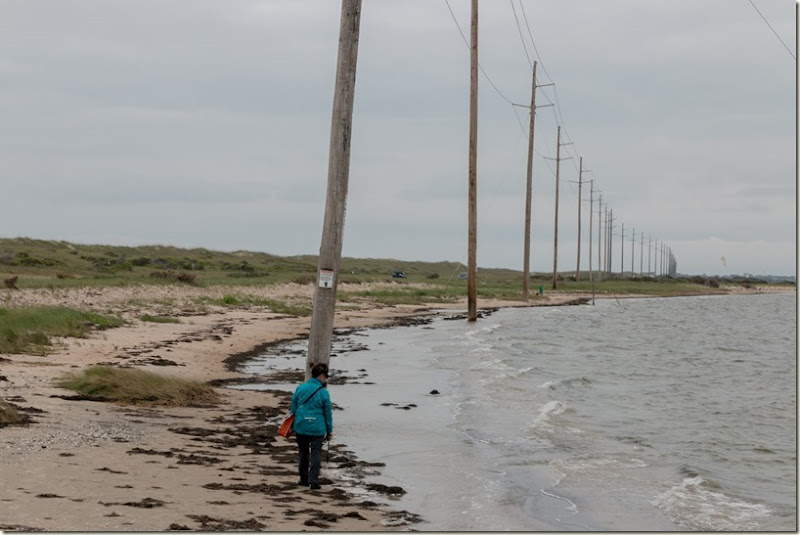 This was the windsurfer beach. It seemed to be fairly shallow a long way out so if you fell off you just stood up. 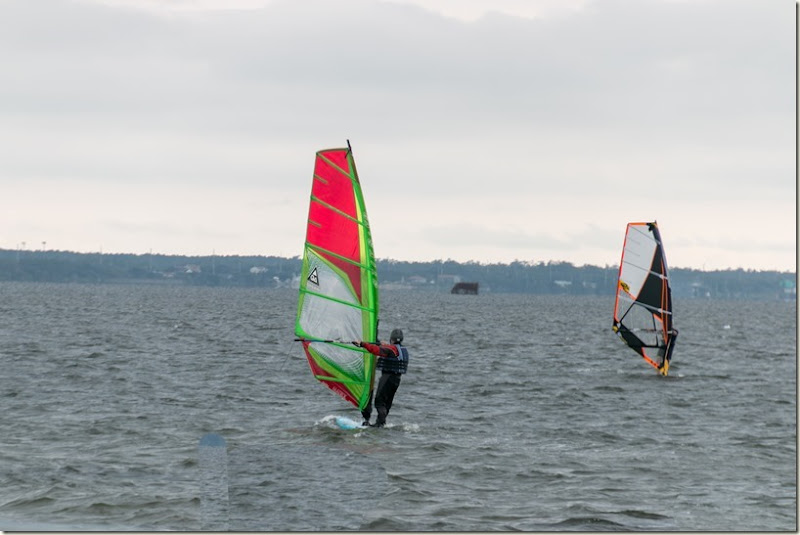 Farther down were the kite surfers. There were a few overlaps but everyone seemed to keep to their own area. 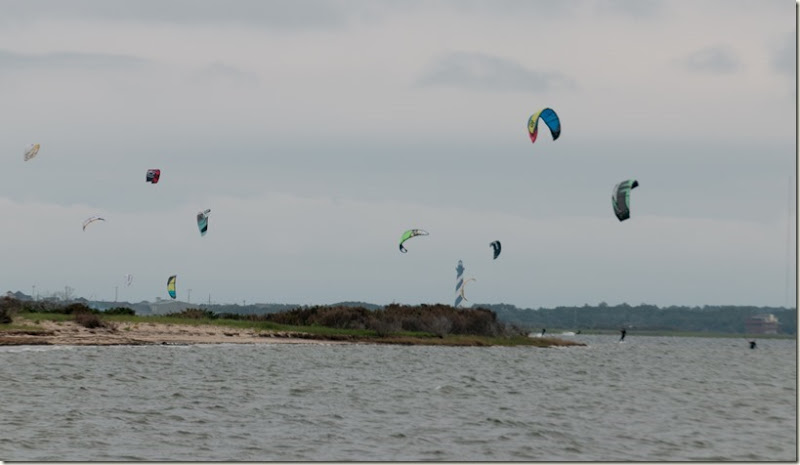 On the way home we saw this interesting flying saucer in someone’s yard. 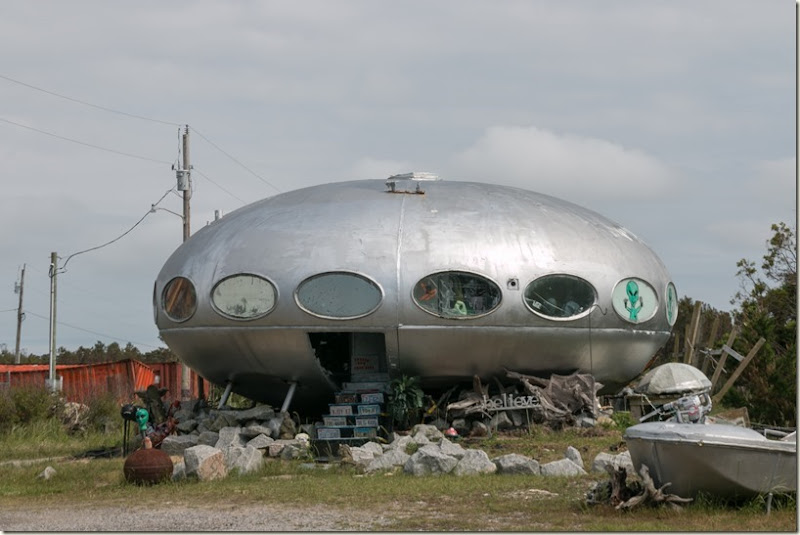 For Mother’s Day dinner we went to the Sandbar Grill in Buxton. Jennie had snow crab (4 sections!) and I had the crab special (soft shell crab topped with a crab cake topped with crab pieces). Both were very good and very filling.