May 22 – To Virginia Beach, Virginia

Today we left the OBX and North Carolina and moved about 2 hours north to First Landing State Park near Virginia Beach and Norfolk, Virginia.

The campground has two section. In the large one on the right you can reserve a particular site. Unfortunately, I couldn’t find an empty site that fit the RV when I booked many months ago, as next weekend is Memorial Day.

The section on the left you just pick a site type (IE 50 foot large RV vs small tent) and then pick one of the available ones when you get there. You are guaranteed a site but you don’t know which one. 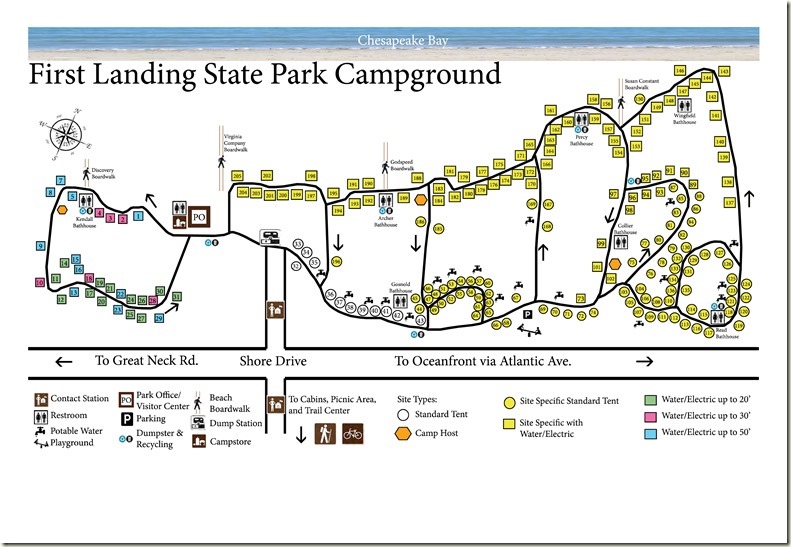 The blue site are the large ones. We ended up in site 16. 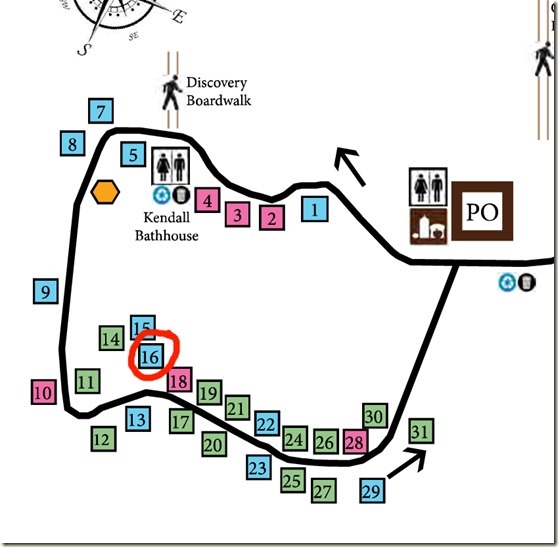 It looks like an giant one but it is two sites side by side. I imagine we will have company on the weekend. We have water and electric but no sewer or WIFI. The trees were low enough to see the TV satellite. 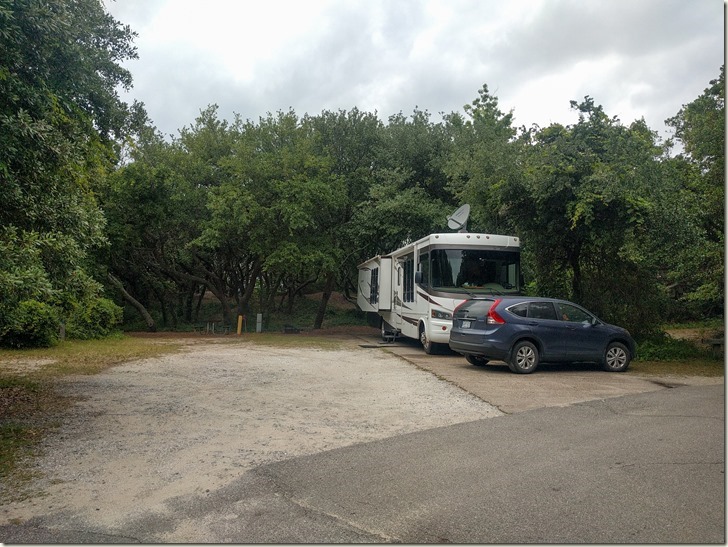 I was hoping to get 5, 7 or 8 as they are out in the open and look out towards the beach, even though the dunes hide it.

5 was empty but it was very uneven and right next to the washroom. It did have a nice view. 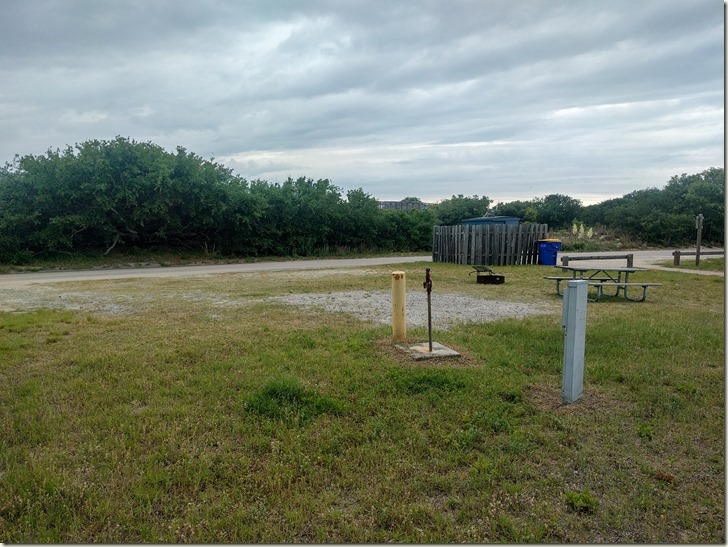 I just missed getting 8 as I think he pulled in about 10 minutes before me. 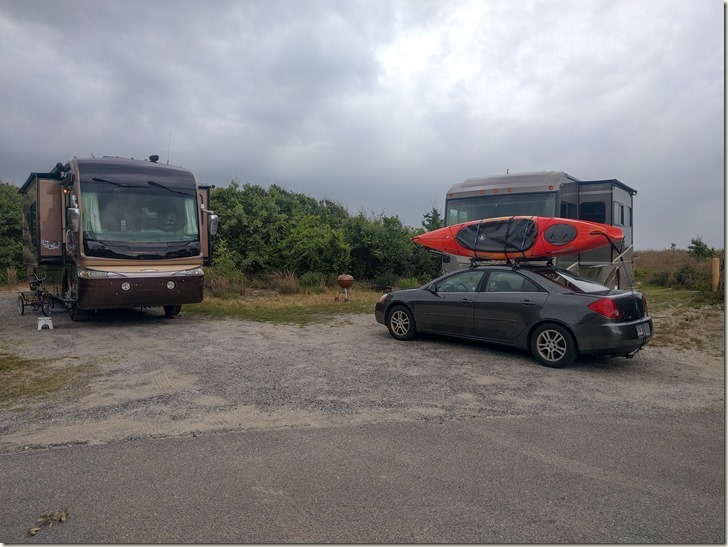 The rest of the sites are in the trees. 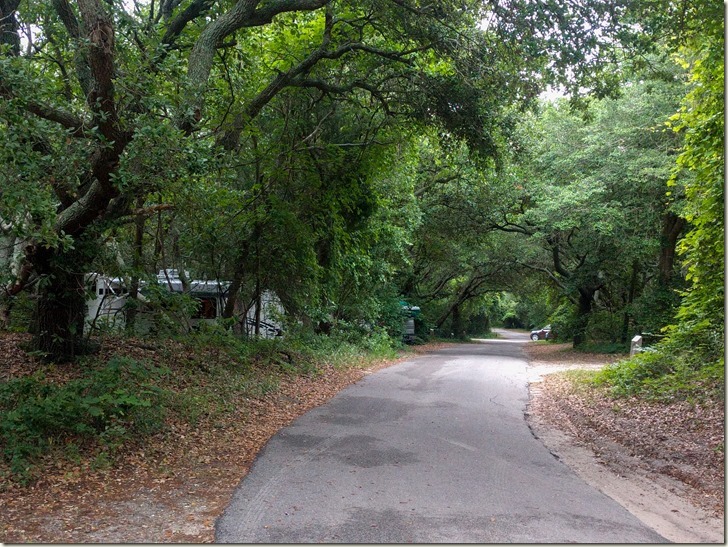 When I was registering at the park office I managed to lose Jennie. After I was done, I got back in the RV and didn’t see her. I just assumed she was in our washroom so I drove to the site. When I called on her to help me back in, there was no answer. So I unhooked the car and drove back. She was waiting outside the camp store, which she had ducked into without telling me.

I wasn’t very hot when we got here but it was brutally humid. After setting up we retired inside and cranked up both air conditioners for lunch.

The forecast for most of this week calls for a lot of rain so we headed out to check out the beach while it held off.

Another big wide empty beach. We walked as far as we could, up to the fence for the small military base next door.

We had to keep moving as the flies were viscous with a mean, painful bite.

One weird thing I did notice was that it must be hatching time for dragonflies because there was a constant stream of them coming off the water and heading for the forest.

An interesting thing to watch was a group of about 10 small hawks or osprey that were fishing just off shore. There was enough wind that they could just hover about 60 feet up and when they saw something they just tucked in their wings and dove straight down. Their aim was pretty good and about 80% of the time they ended up with a fish in their claws and flew off to the woods to enjoy it. I wish I had brought my big camera with the zoom lens to get a shot of them. 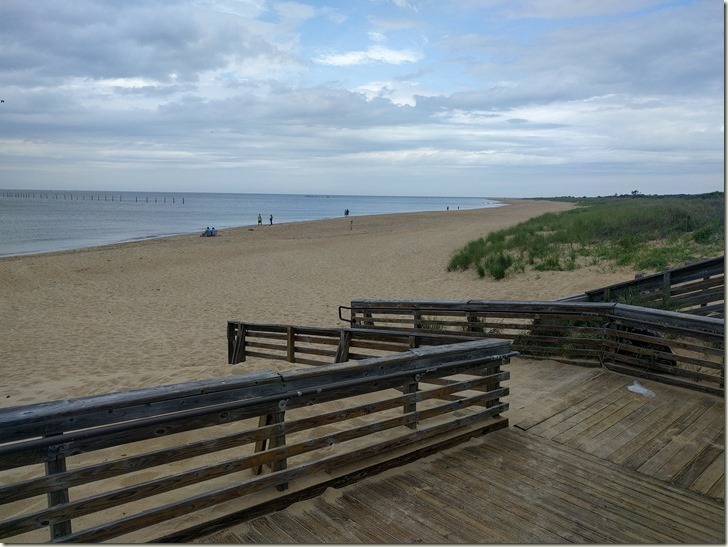 Jennie and another enthusiast discussing their finds. 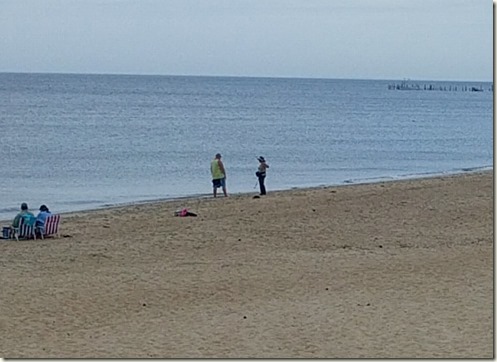 The sky didn’t look to bad off to the east but it was pretty dark to the west. 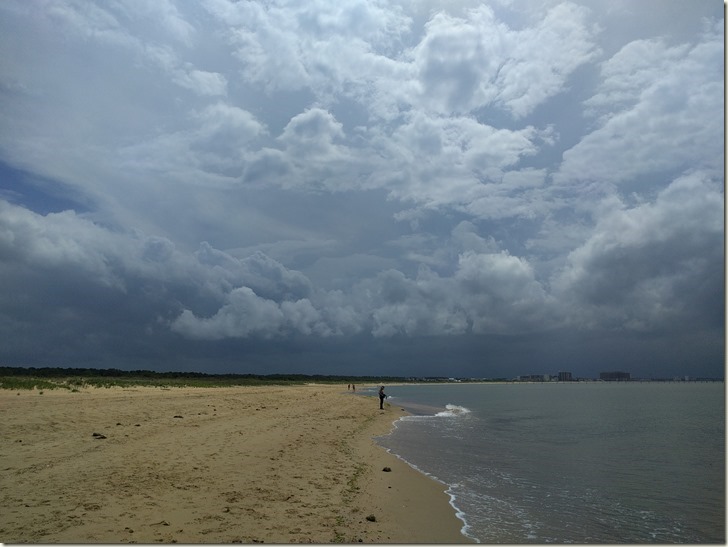 We kept hearing loud rumbling from the sky but I was sure it was just jets from the massive naval base at Norfolk. As we were heading back to the RV it did turn into thunder and it poured rain for about 1/2 hour after we were safely back.

Here is Jennie sorting her harvest from today. 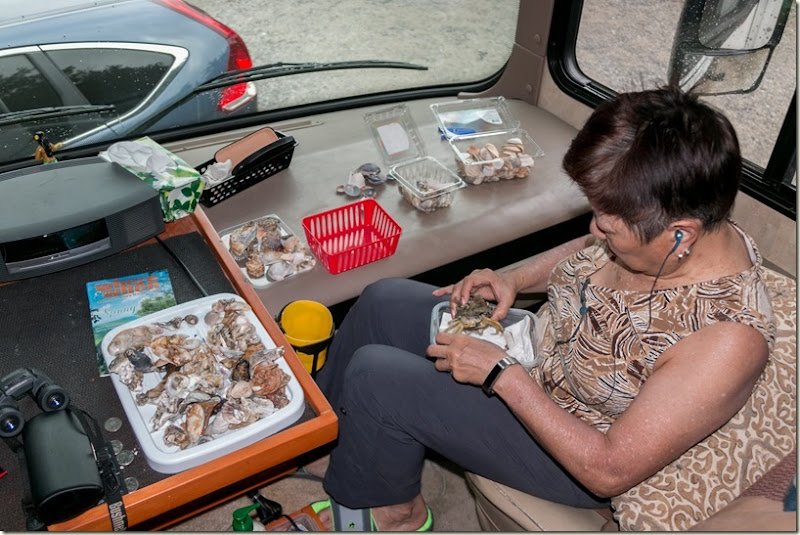 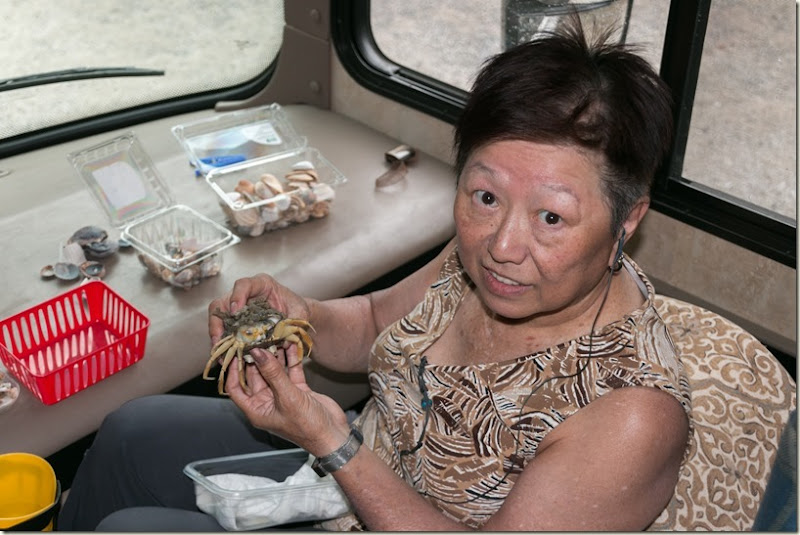 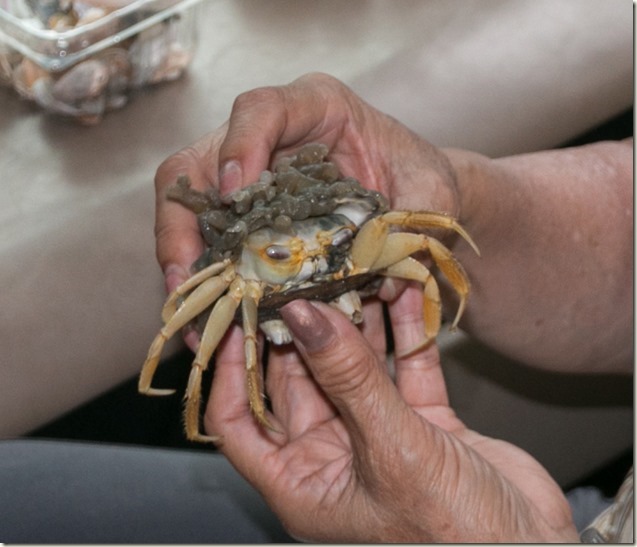